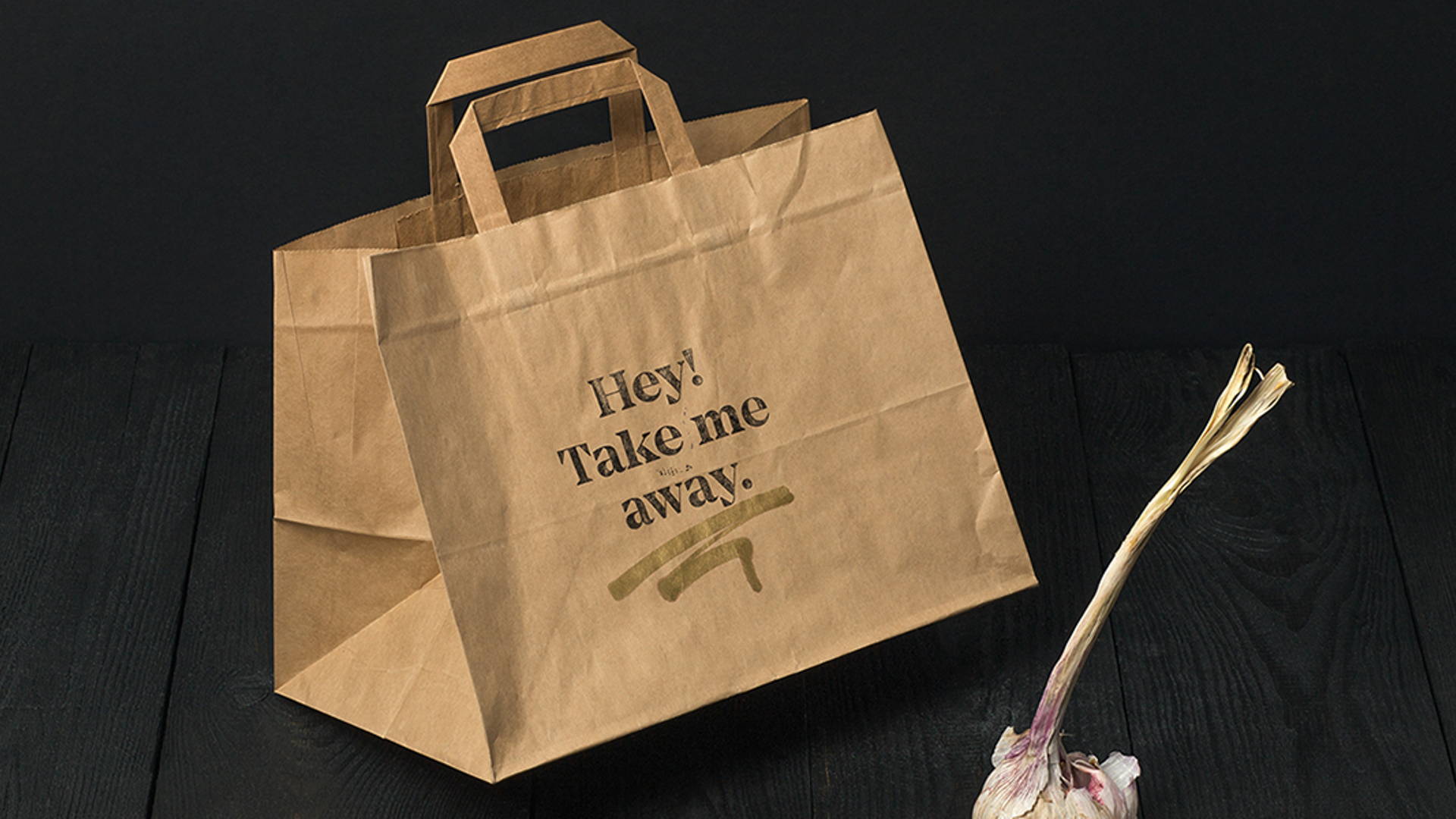 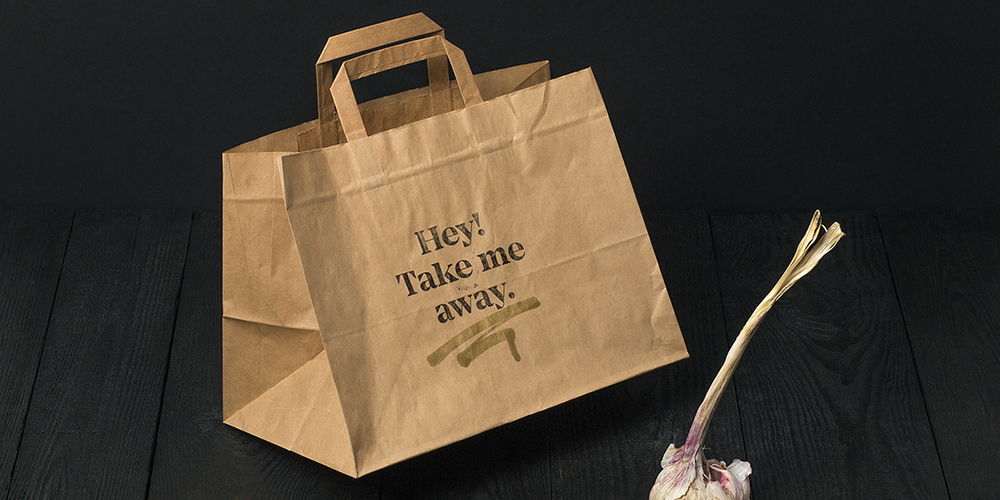 With the combined efforts of hopa studio and Bó's talented culinary team, this restaurant can proudly stand as one of the best burger joints in southern Poland. With presentation on point, burgers and fries are served in beautifully crafted boxes wrapped with a markable food label. A paper take-out bag shouting, "Hay! Take me away." is a nod to the casual chic atmosphere. 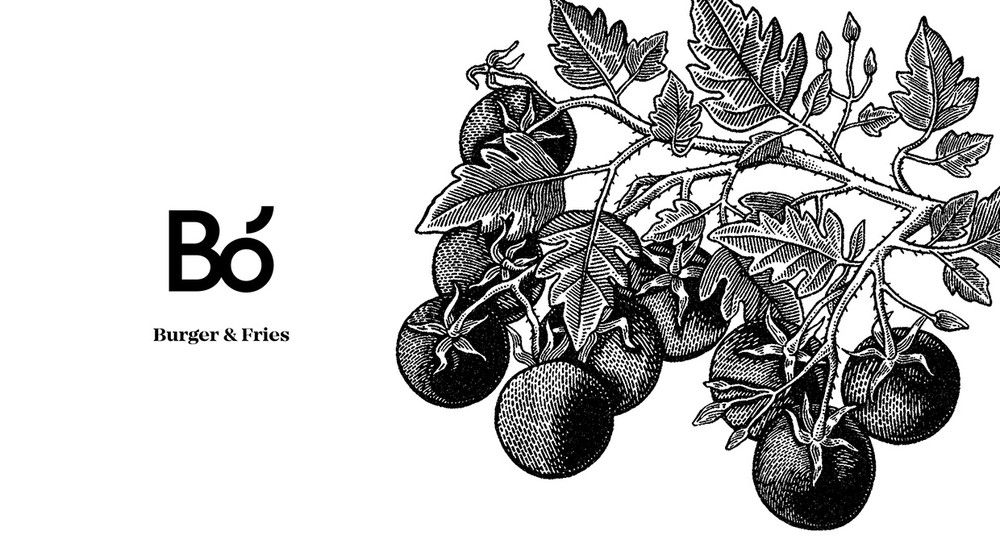 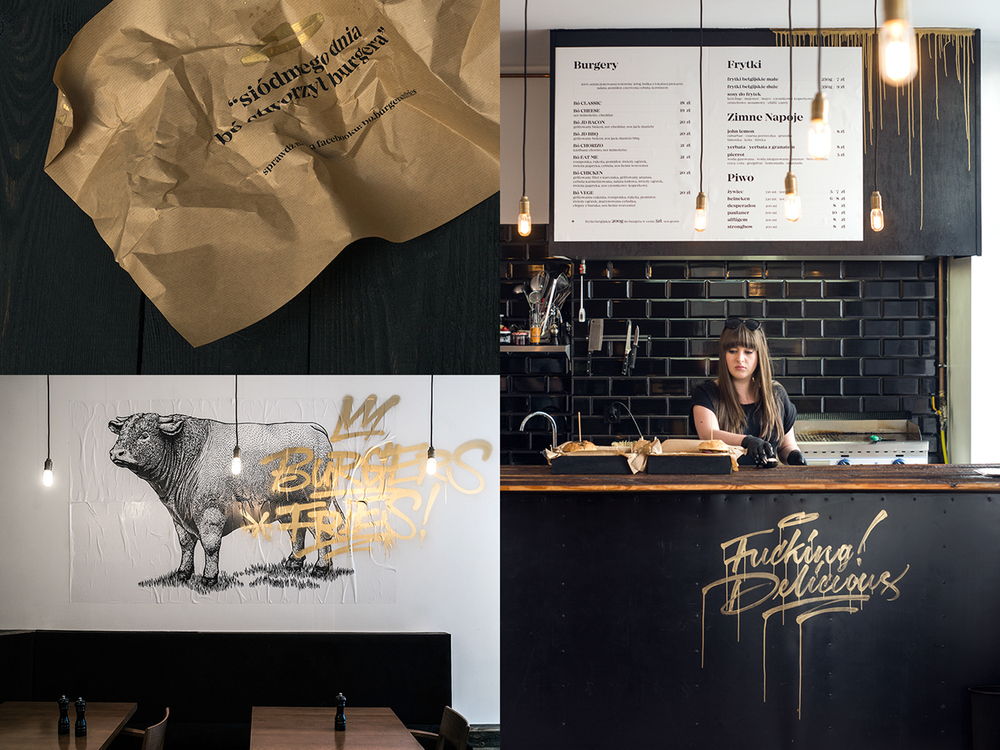 "One of those bars which you open out of sheer passion. For yourself, your friends and colleagues. A place in which everyone should feel good, tasting the highest quality foods. Original recipes, ingredients from regional suppliers, and our corporate identity tying everything together in a coherent whole.

We've combined the symbolic character of hand lettering – street naturalness, spontaneity, and freedom, with the quality of the best restaurant. And it is precisely this contrast on which we have built our idea. 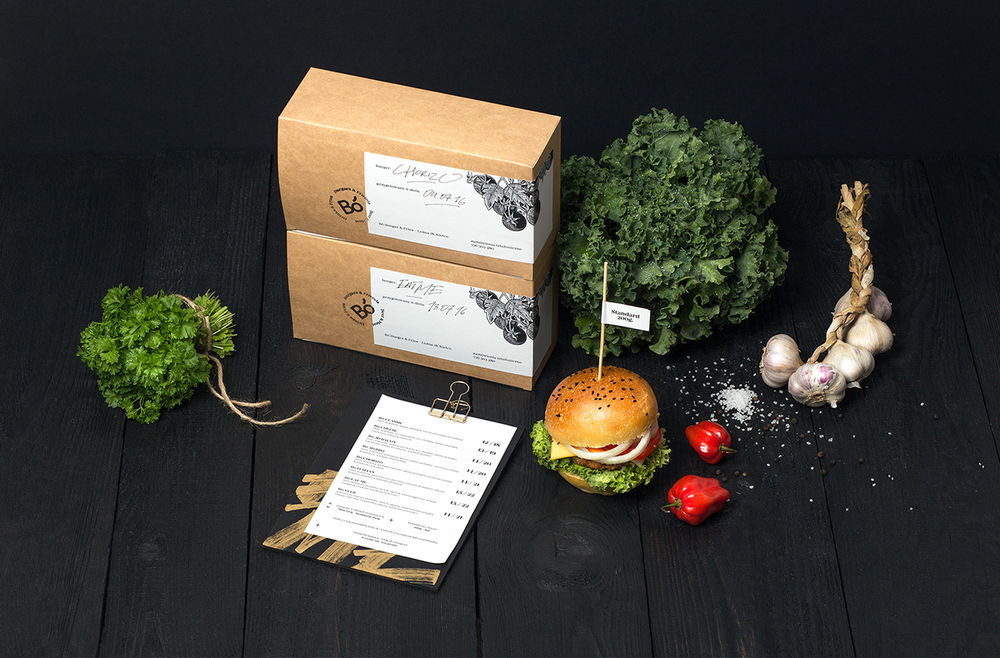 "The corporate identity assumes two layers – the first associated with slow food, urban life and culture. The second – golden – refers to the style of the New York subway, graffiti and hip-hop. Elegant, glamorous typography combined with the style of letters and graphic forms, close to the style of the streets.

A very important element of the corporate identity is the design of the facade. The first impression, basing on which the client will decide whether to enter." 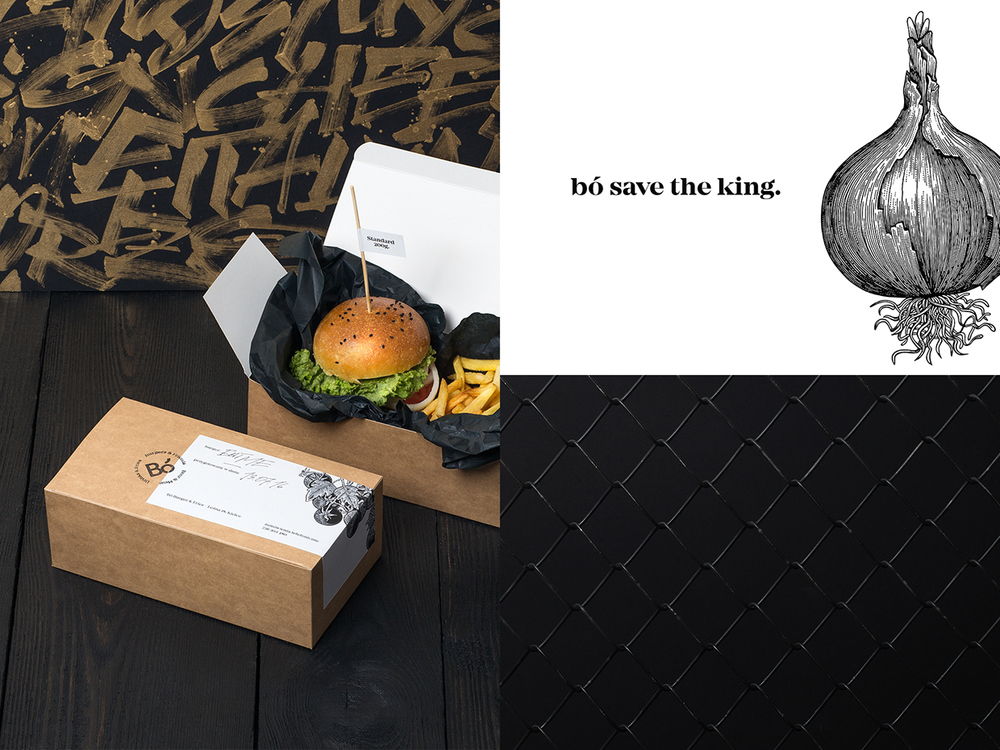 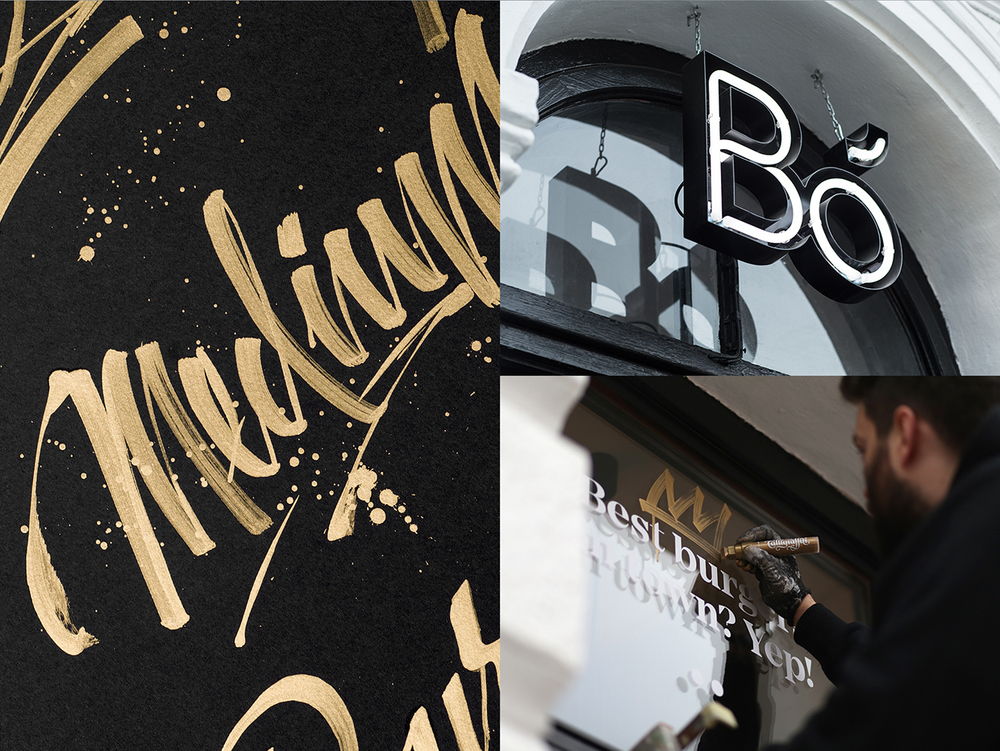 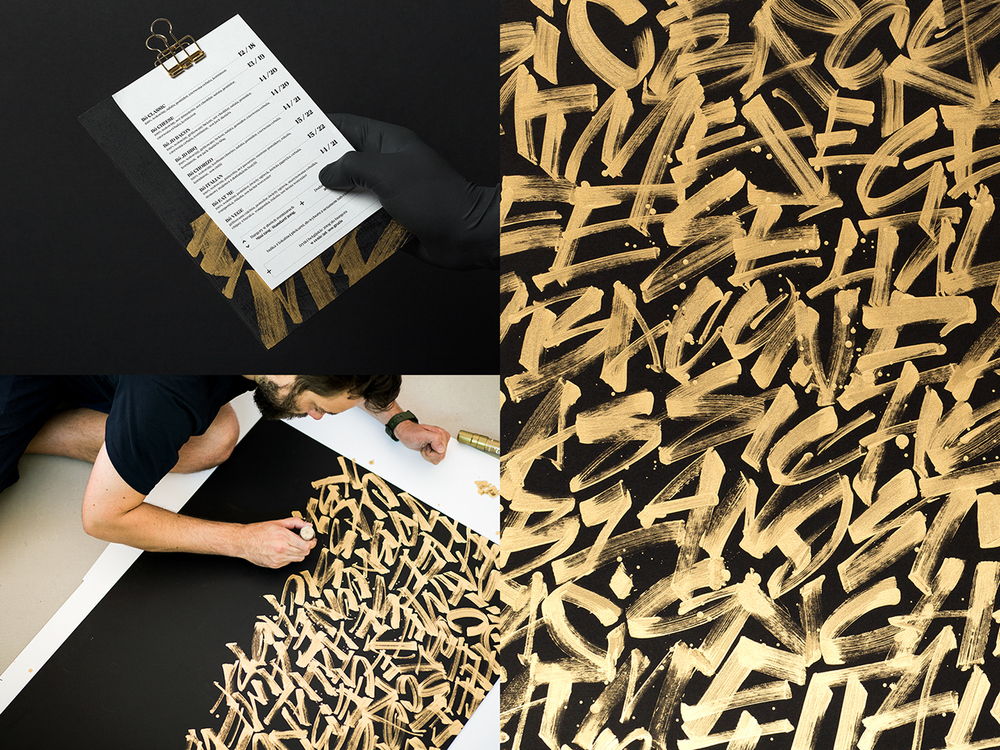 "The first thing you notice when walking by, is a golden pattern on the windows and an elegant white facade with black fittings. Connotation? An upper class restaurant by the main boardwalk, referring to traditional New York eateries. Only after a closer look, you feel that you are entering into a world of street art and fast food, served in a friendly atmosphere in a well designed “packaging”.

Bó, for us, is an example of a good cooperation of a client and invited people, basing on trust, passion, and specialization.

Joanna Walczykowska has been responsible for the illustrations. Kamil Borowski, specializing in lettering, transformed the golden paint into calligraphic works of art." 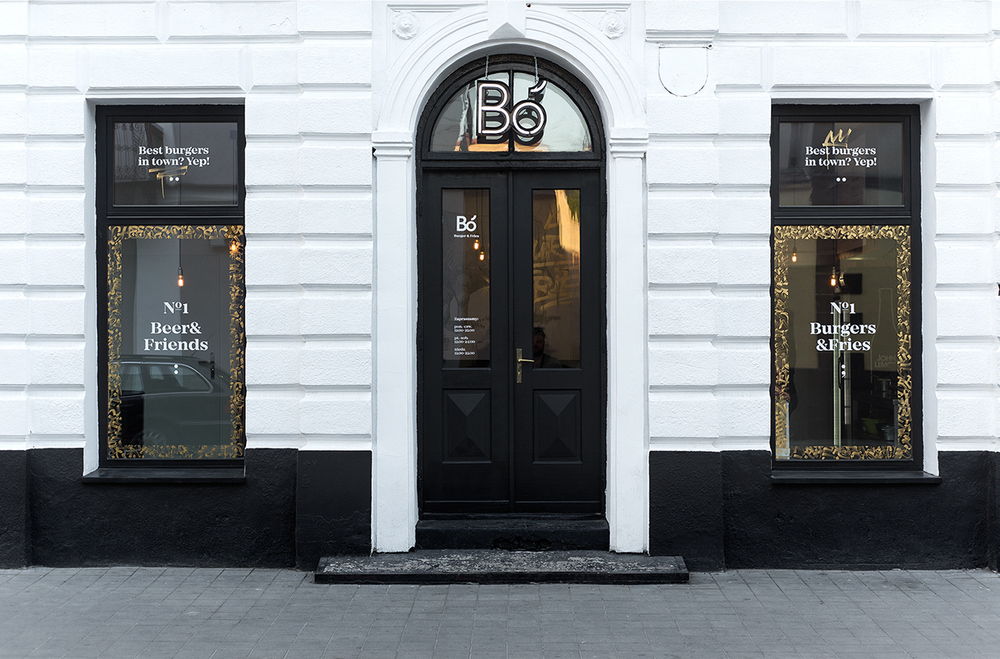 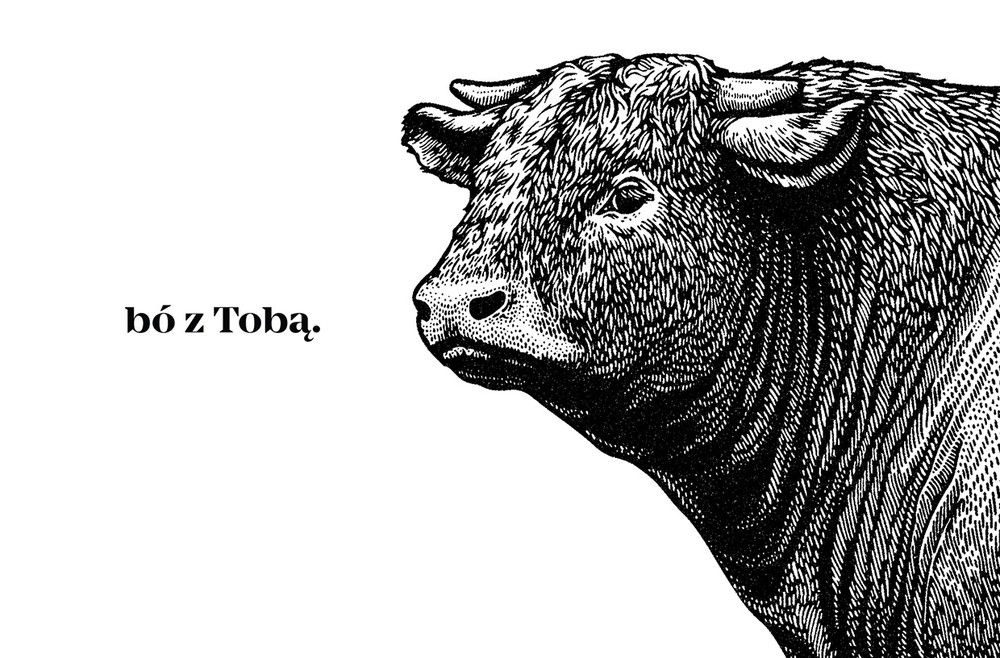