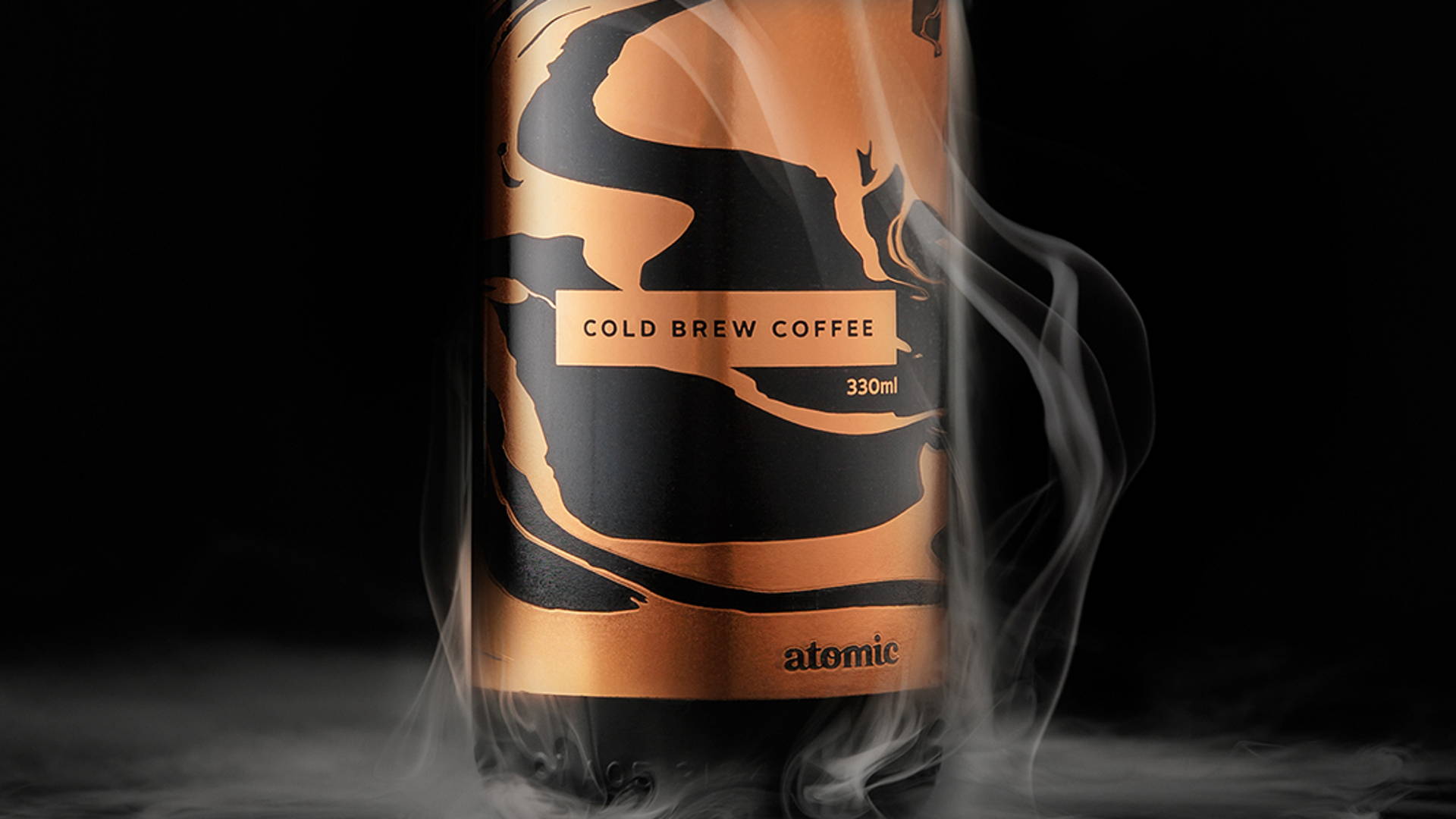 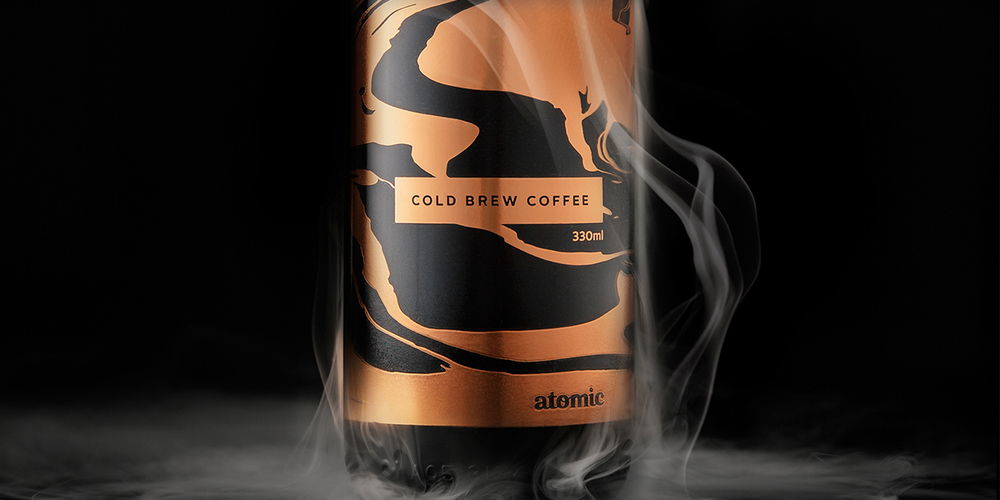 As summertime heats up, it’s the perfect time to cool down with a cold brew coffee. Atomic Coffee Cold Brew is just the right beverage for a chilly jolt of coffee. Designed by Fuman, the sleek black bottles and metallic accents give consumers a way to rethink cold brew. 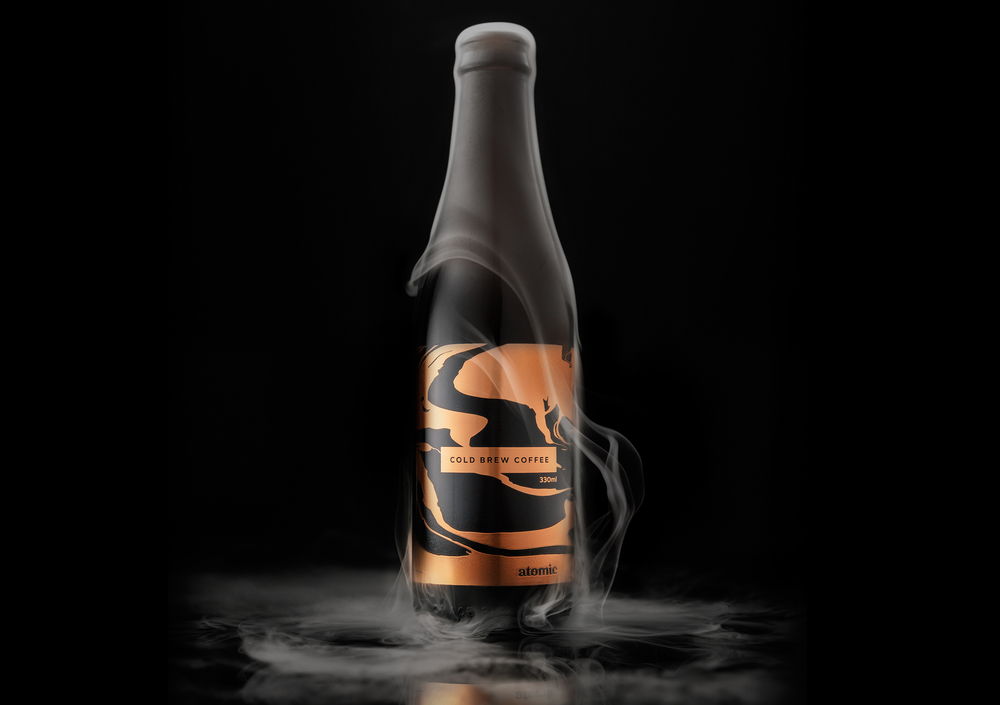 “The ambition for this packaging was to exploit the visual connection between the pouring of molten metal and the extraction of espresso coffee, most notably the golden crema. Along with this comes the association of skill possessed by a metallurgist or blacksmith, to that of the roaster and barista. We also wanted to reinterpret the popular image of milk being poured into icy cold brew—something that would resonate with cold brew drinkers—in a way that is unexpected, eye-catching and energetic.” 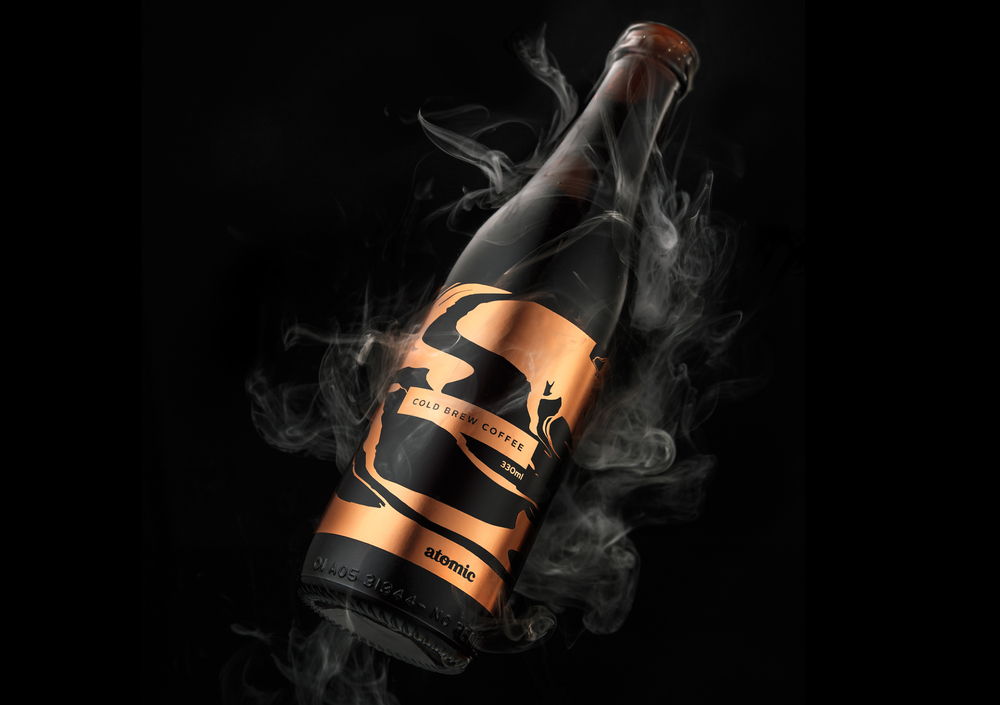 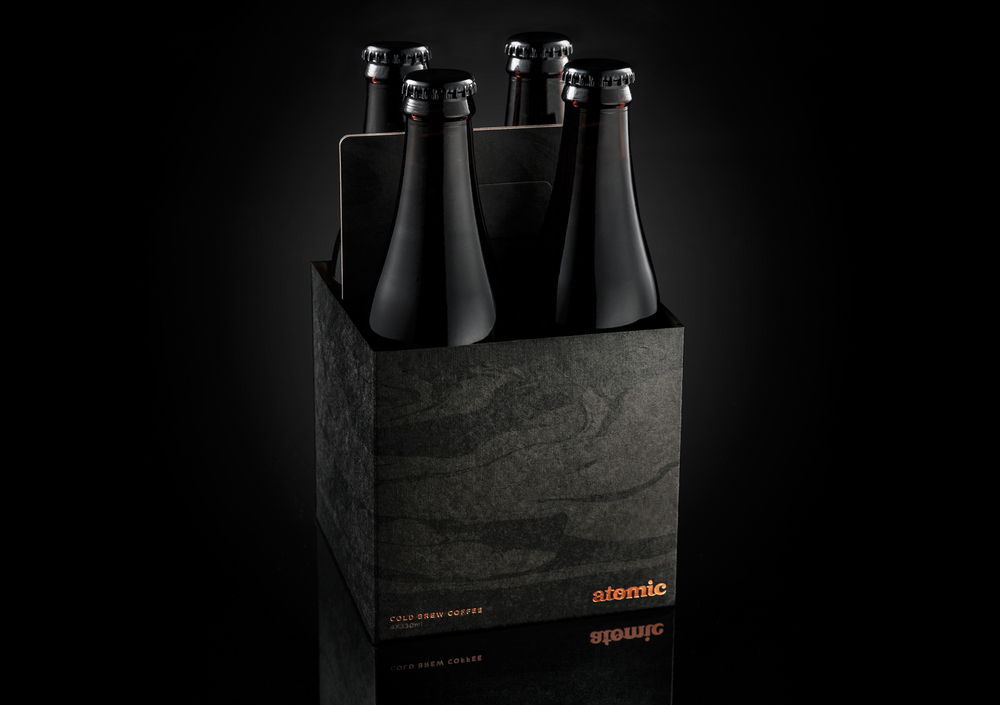 Using dark glass bottles, instead of plastic ones, makes the beverage feel more like a beer—something fulfilling and substantial. Copper foil gives it a bit of a futuristic look, telling coffee lovers that this is unlike any other drink they’ve had before. The black four-pack packaging feels minimalist and a bit mysterious, piquing the interest of consumers as they look at the shelf. 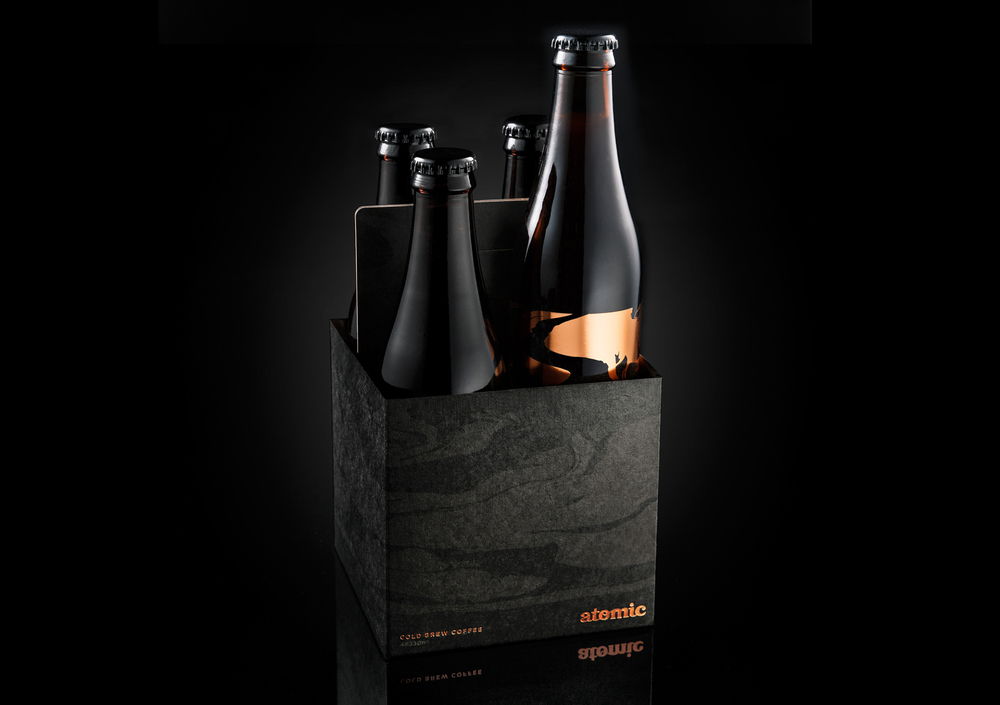 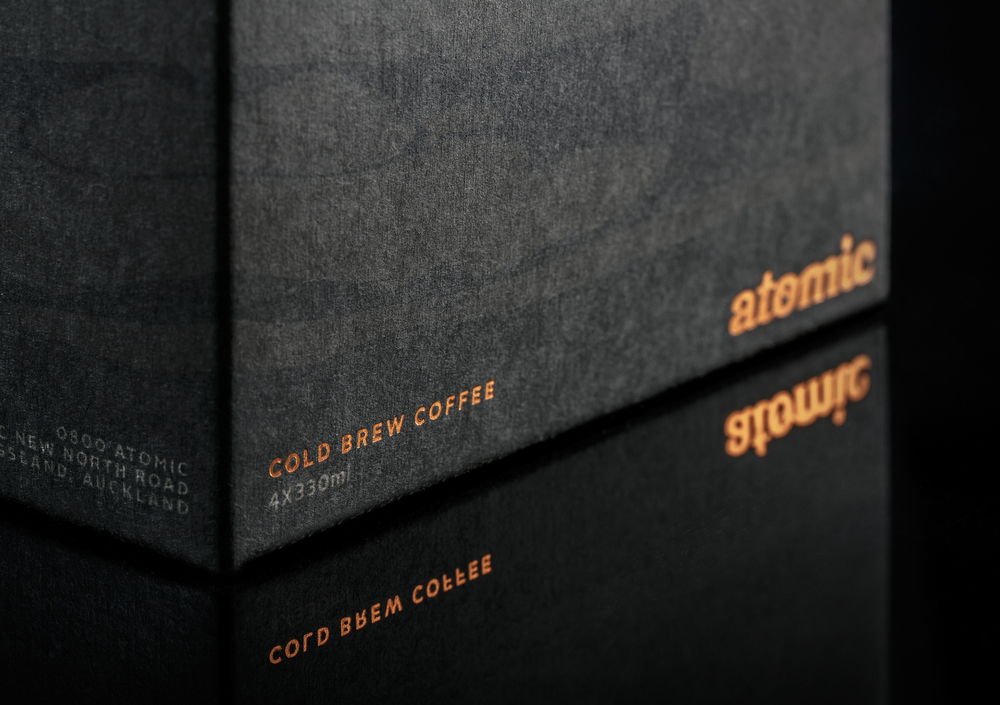 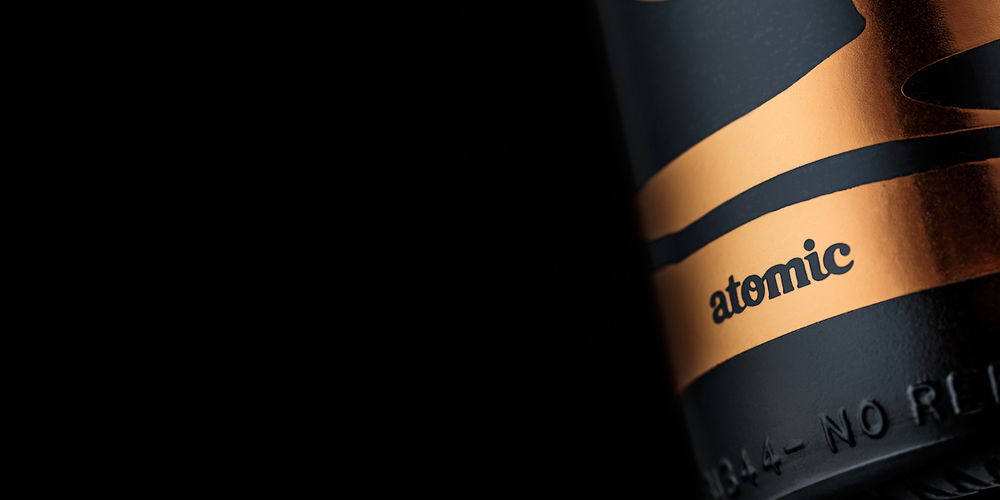