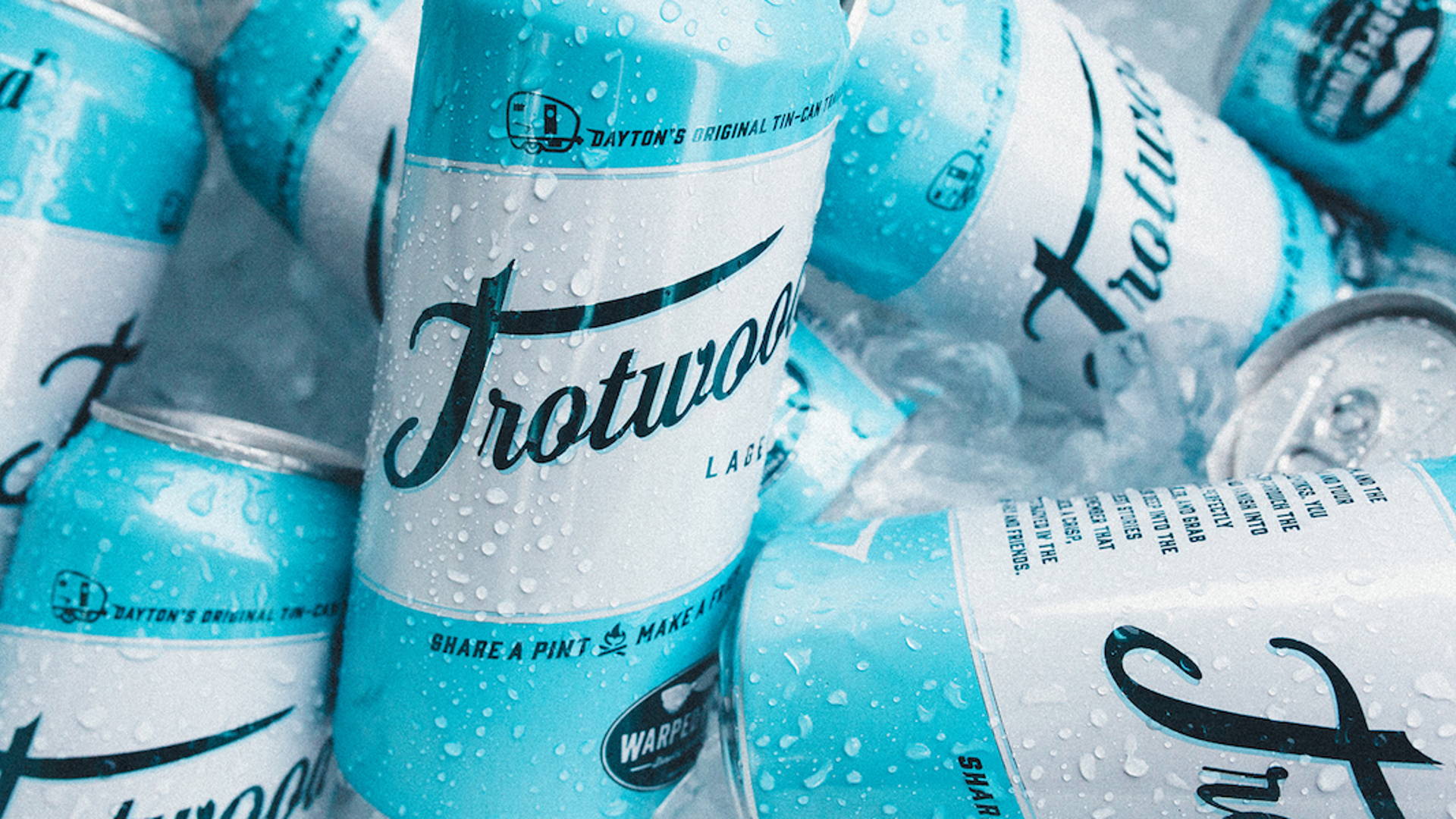 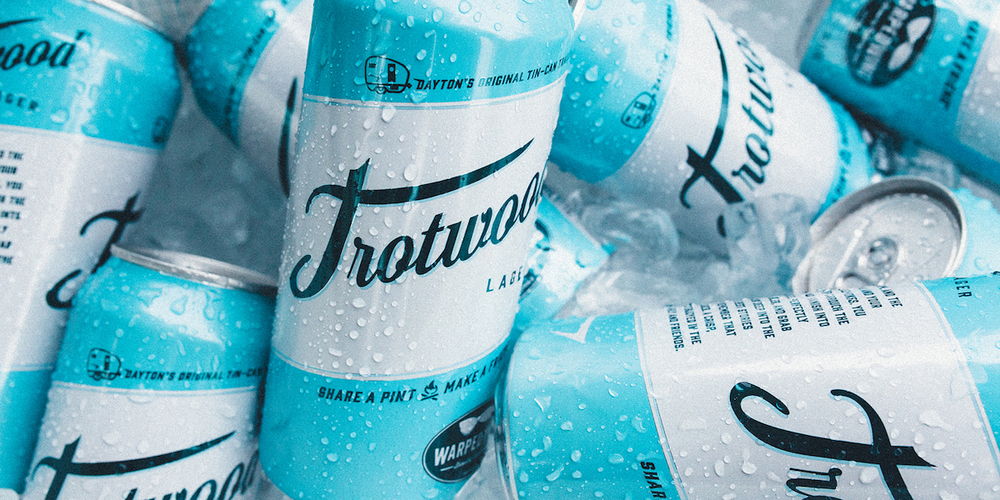 Summer is lounging by the pool, marshmallows over an open fire, camping with your best friends, and of course, amazing beer. Trotwood Lager is the latest beer from Warped Wing Brewing Co., and they developed packaging that would embrace the essence of a carefree summer.

“Just in time for summer, Warped Wing Brewing Co., Dayton, Ohio’s largest craft brewery, announces its newest release: Trotwood Lager, a crisp, cold-fermented beer inspired by simpler times and summer vacations. The lager is named in honor of the once-famous Trotwood Trailer, manufactured just outside of Dayton, in Trotwood, from 1930 to 1981. The can’s type, color and clean look are inspired by the original design of these vintage trailers.” 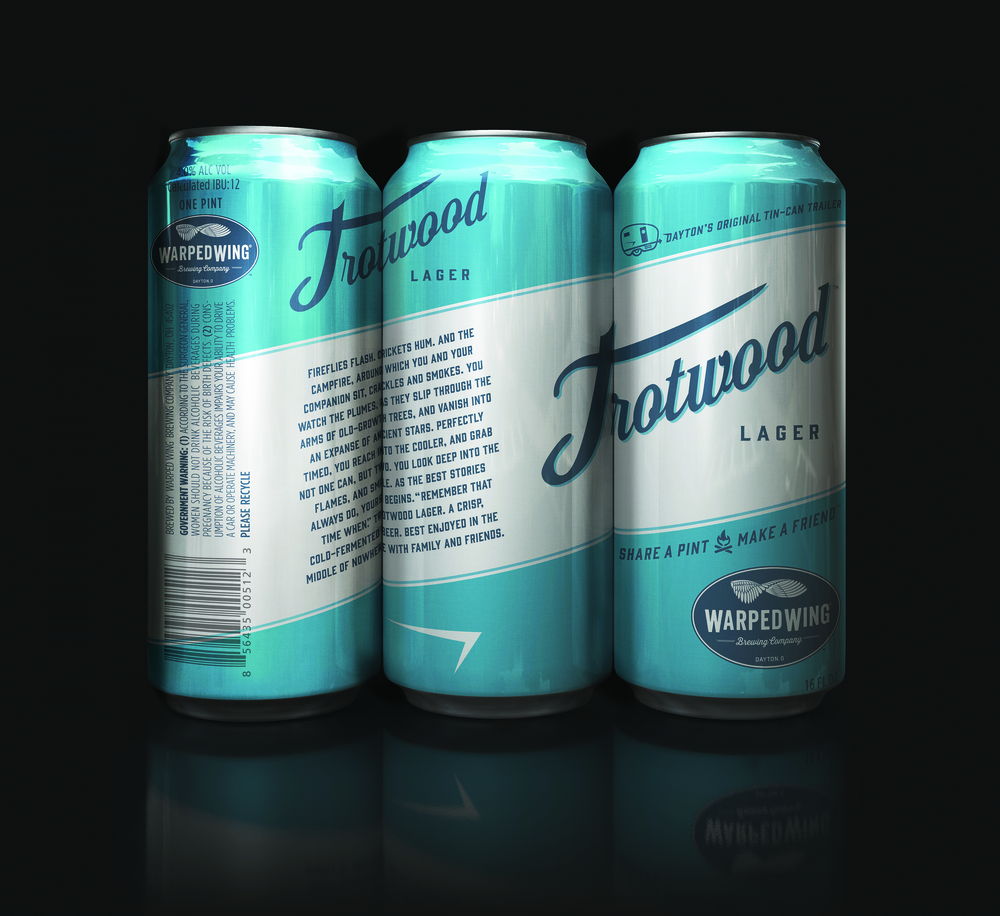 “Warped Wing recently discovered an iconic 1957 model in an overgrown field, renovated the trailer to its former glory, and now uses it as a portable taproom for events. It was the centerpiece for Trotwood Lager’s recent ‘Urban Campout’ launch.” 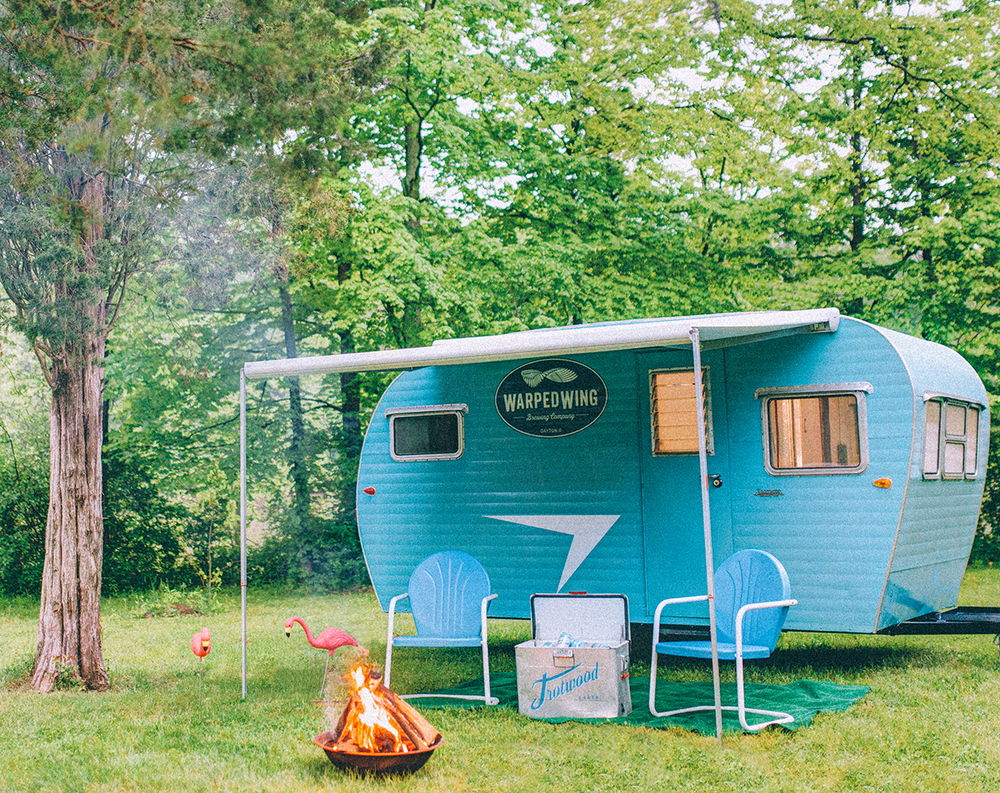 Trotwood Lager incorporates a bit of retro inspiration to create just the right amount of nostalgia for that delightful summertime vibe. A bright robin’s egg blue is fresh and fun, and the slanted banner and text make it appear like an easy-going and simple choice for a hike, pool day, or campout. The Warped Wing Brewing Co. seal appears at the bottom, acting as a guarantee of high quality and premium ingredients. 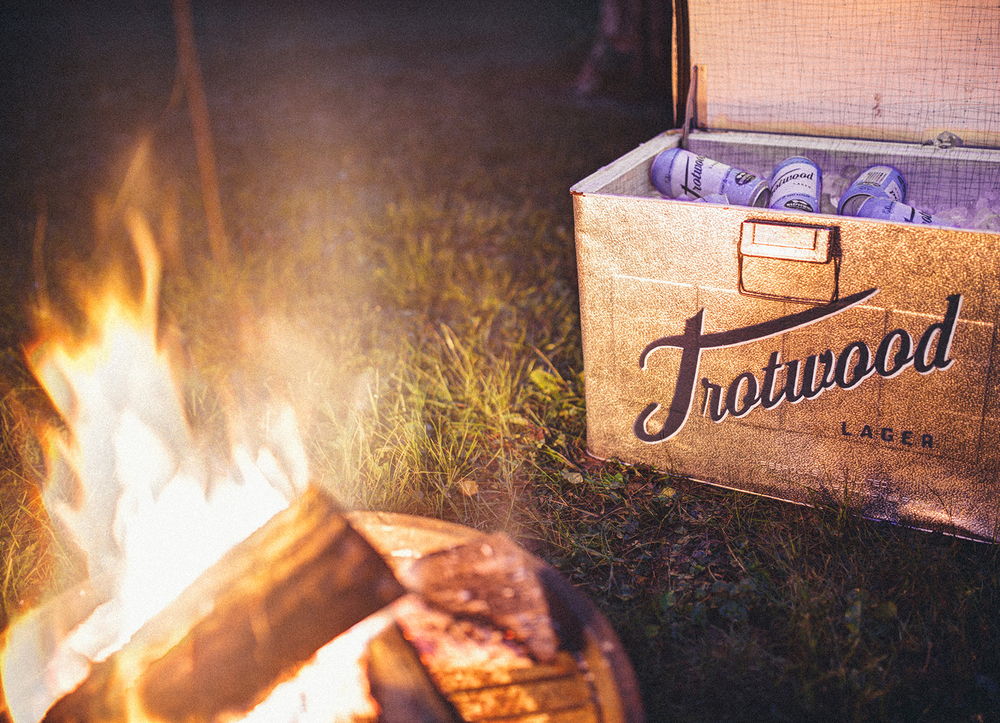