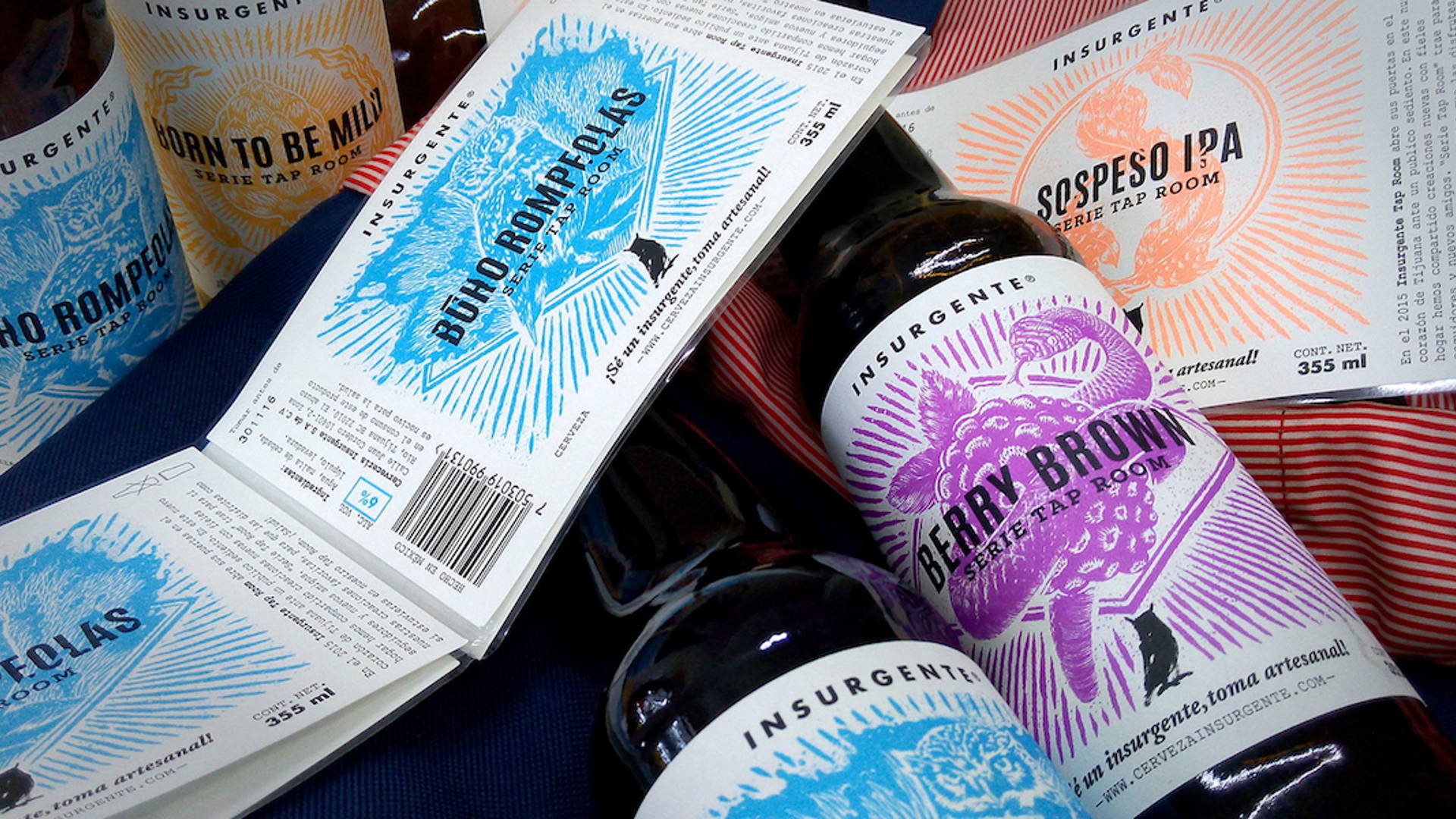 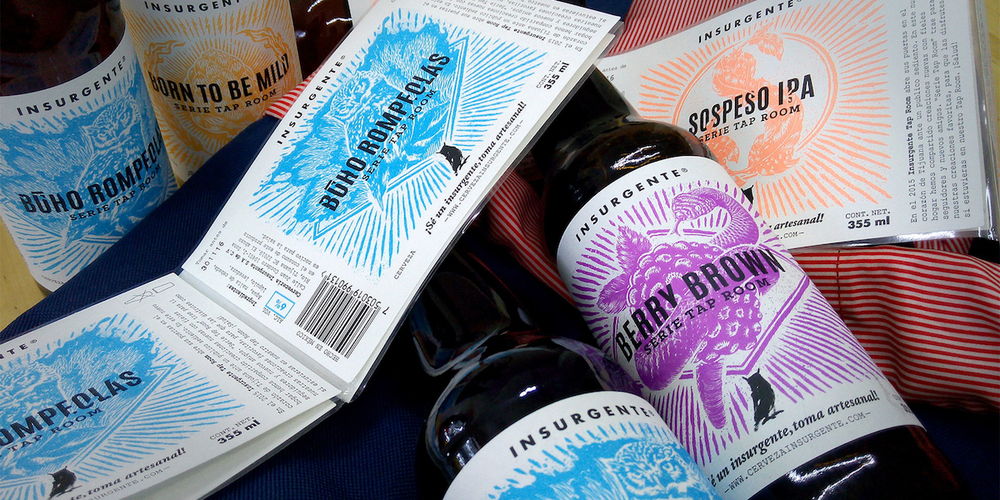 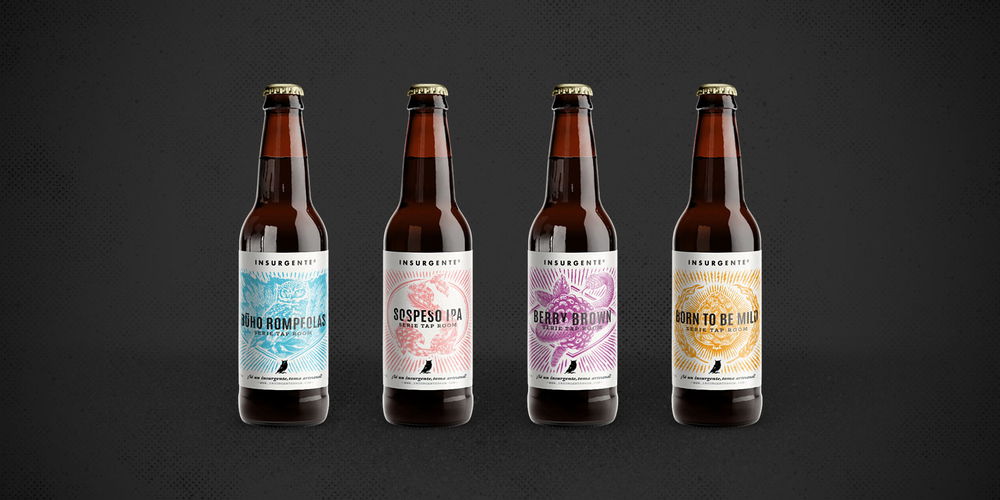 Each beer variety has its own coordinating color, a bright and bold hue that stands out against the traditional amber bottle. Lines emanate from the key icon in the background, giving a sense of motion and energy. The Insurgente owl rests at the bottom of each label, overseeing the work, and black text pops against the colors and white label. The witty names imply that Insurgente Beer has a sense of humor but the label shows they don’t compromise with their well-crafted brews. 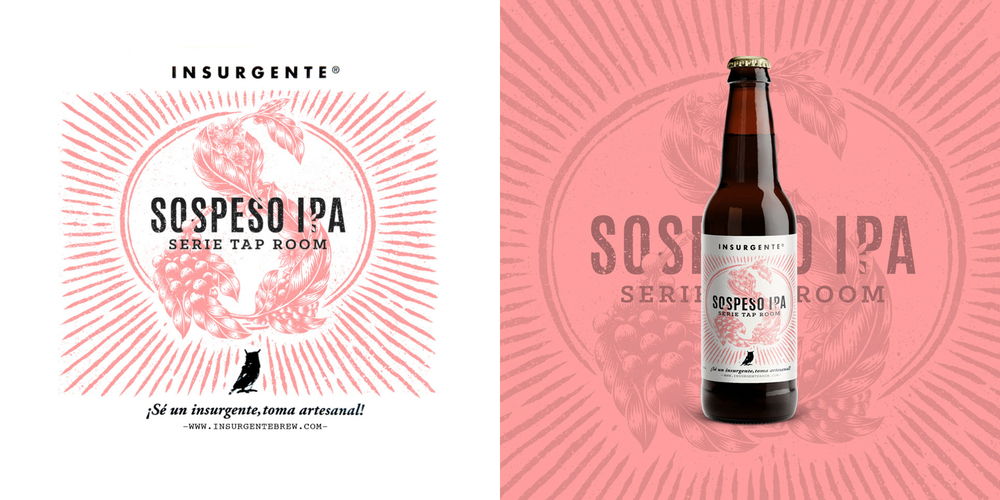 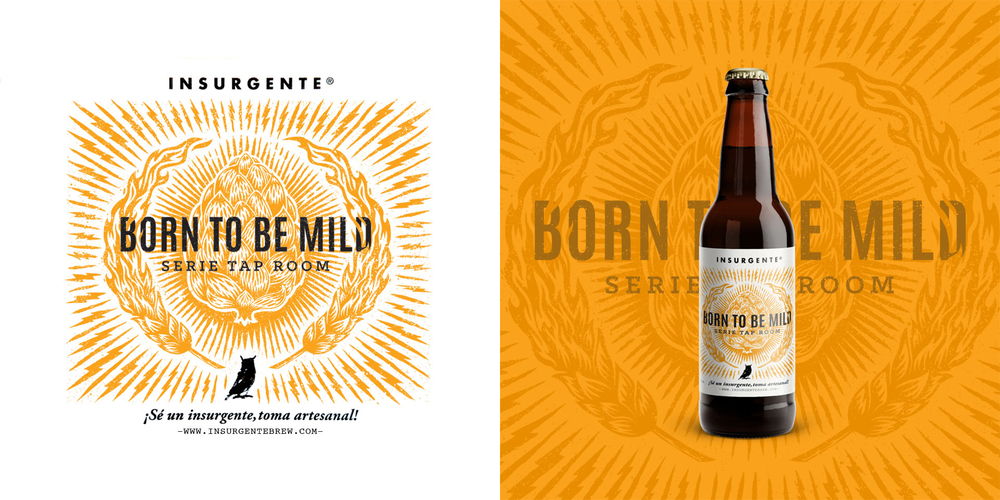 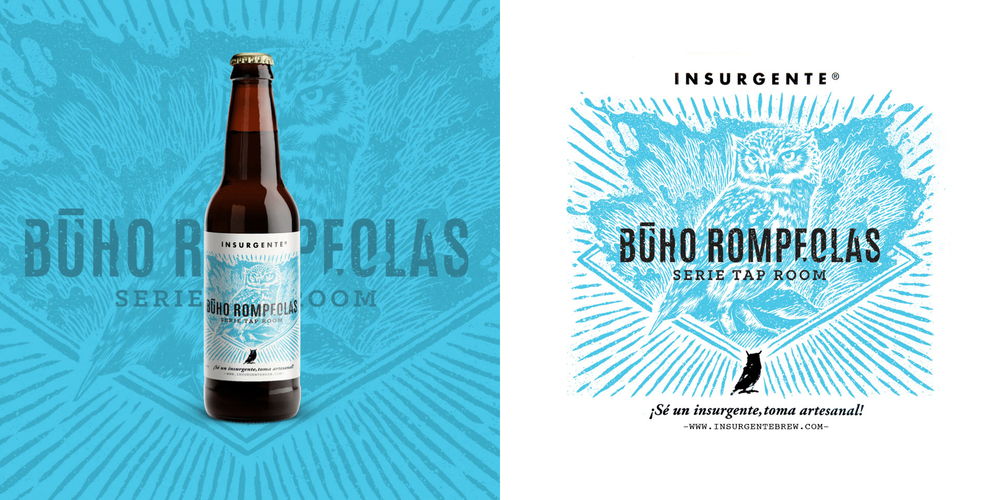 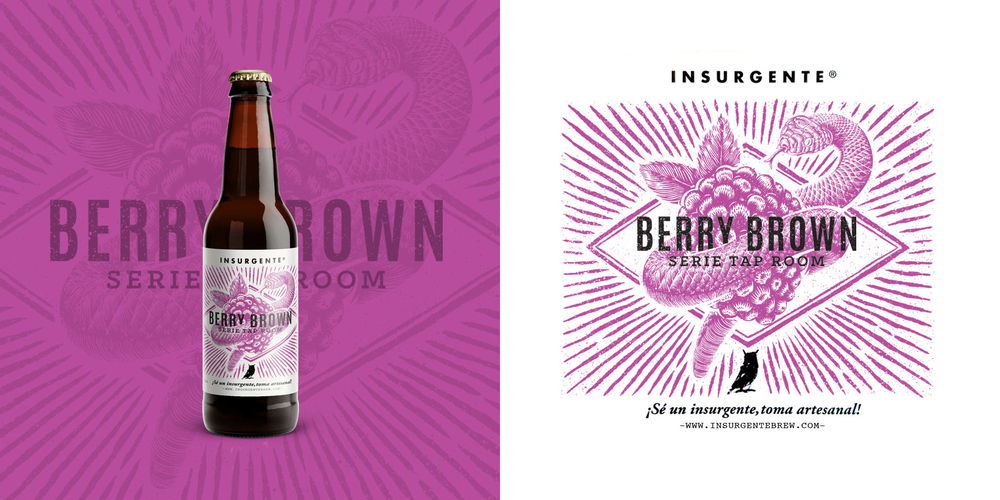