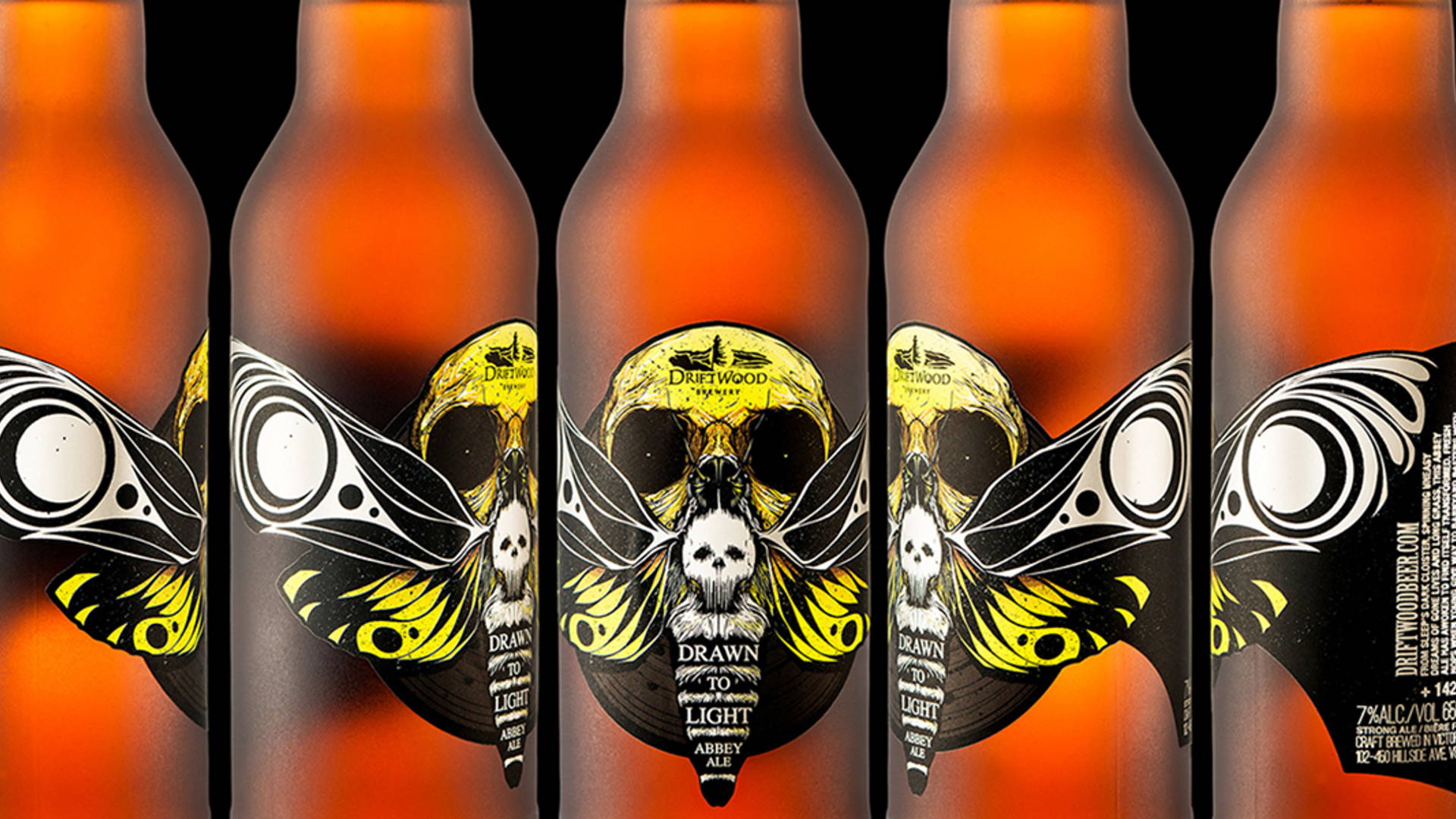 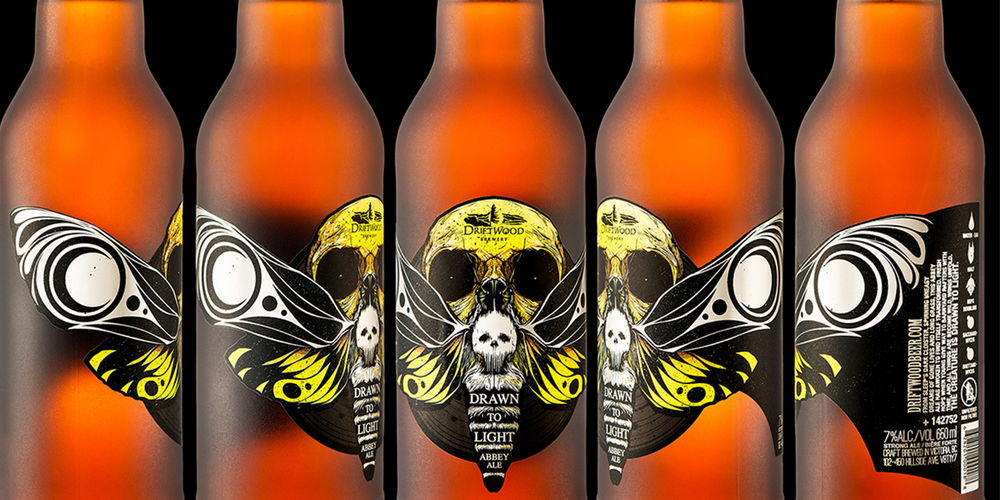 For Driftwood Brewing’s Drawn to Light Abbey Ale, a redesign of the beer formerly known as Spring Rite, Hired Guns Creative decided to change the name and the visual brand completely, no longer depicting monks directly; rather, a metaphoric approach to convey the cloistered, darkly candlelit existence of the Trappist monks, and the transmutative nature of the beer, illustrating the metamorphosis of a death’s-head hawkmoth. The label features bold, graphic abstraction in the wings, set against hairline-fine illustration, all rendered in tight silver foil on striking black and yellow. 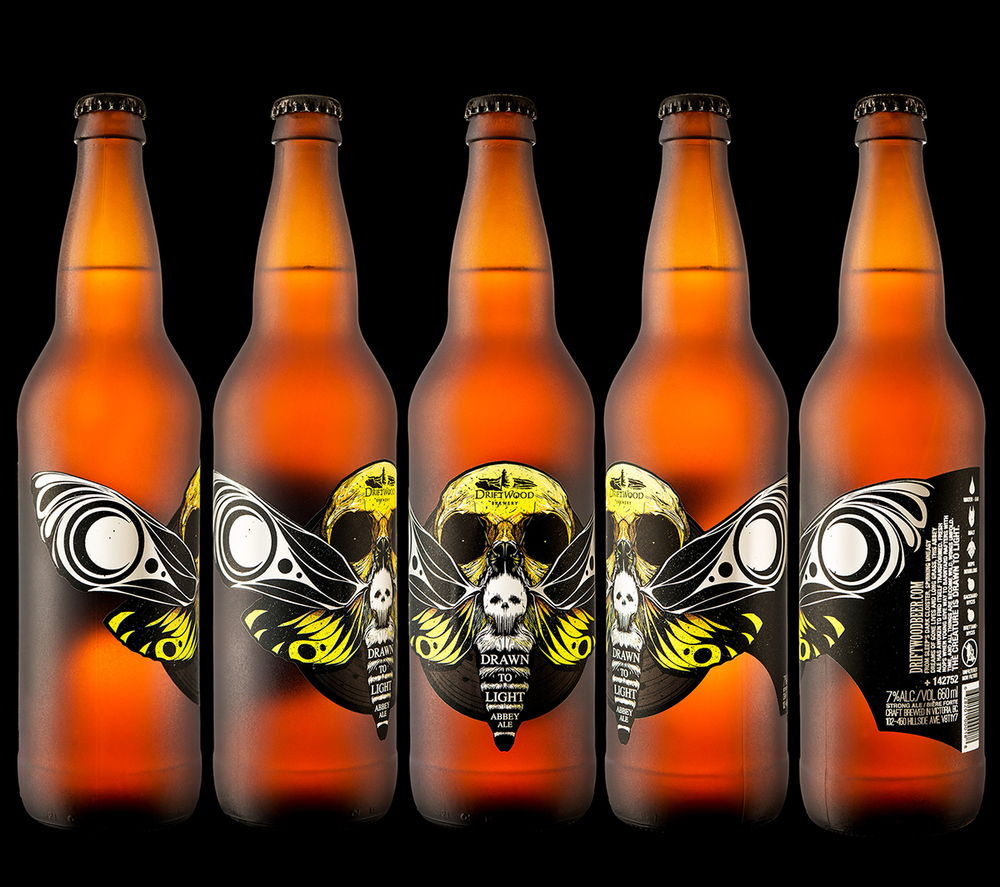 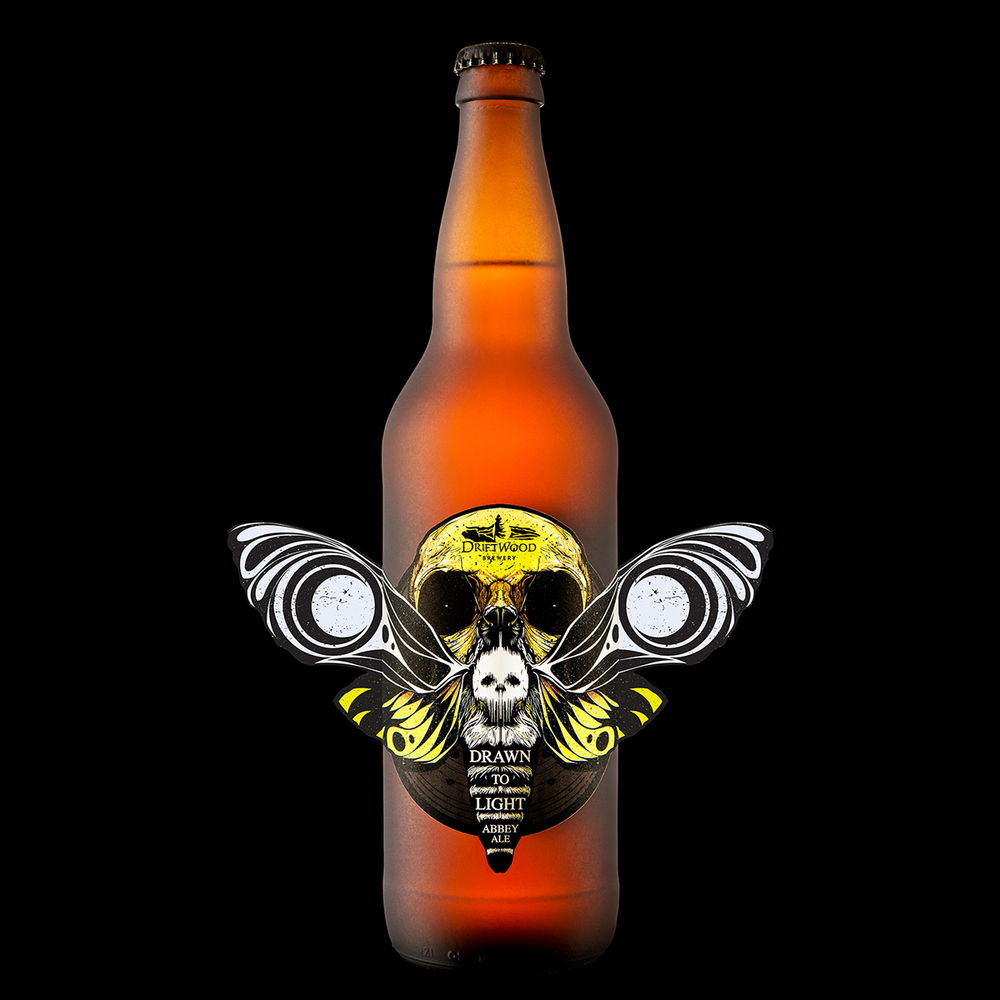 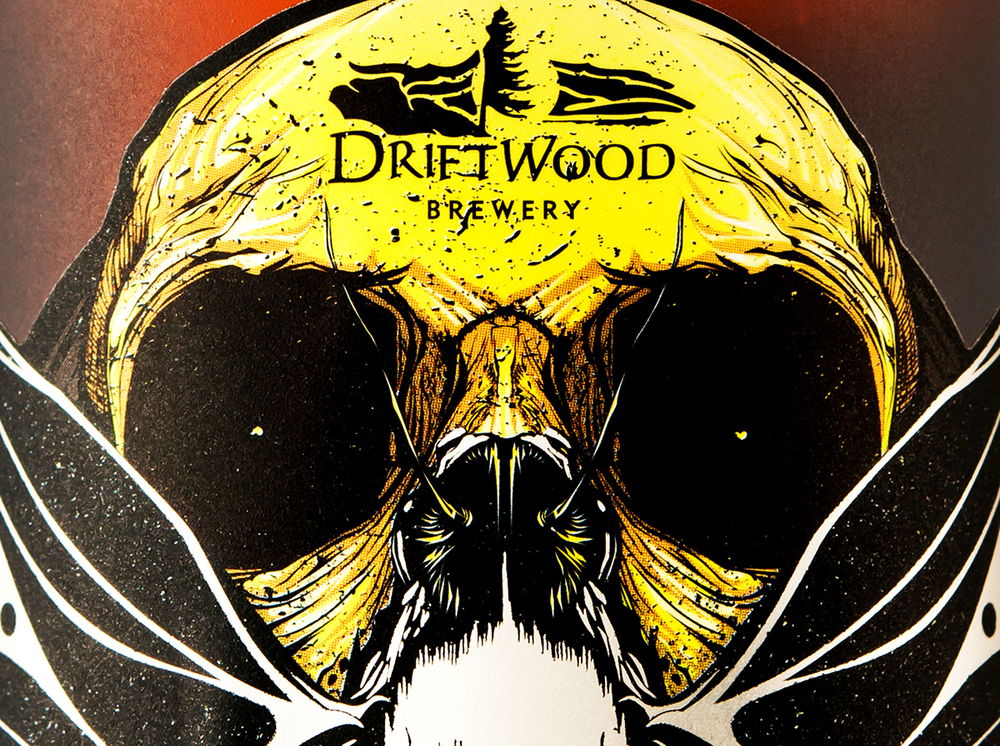 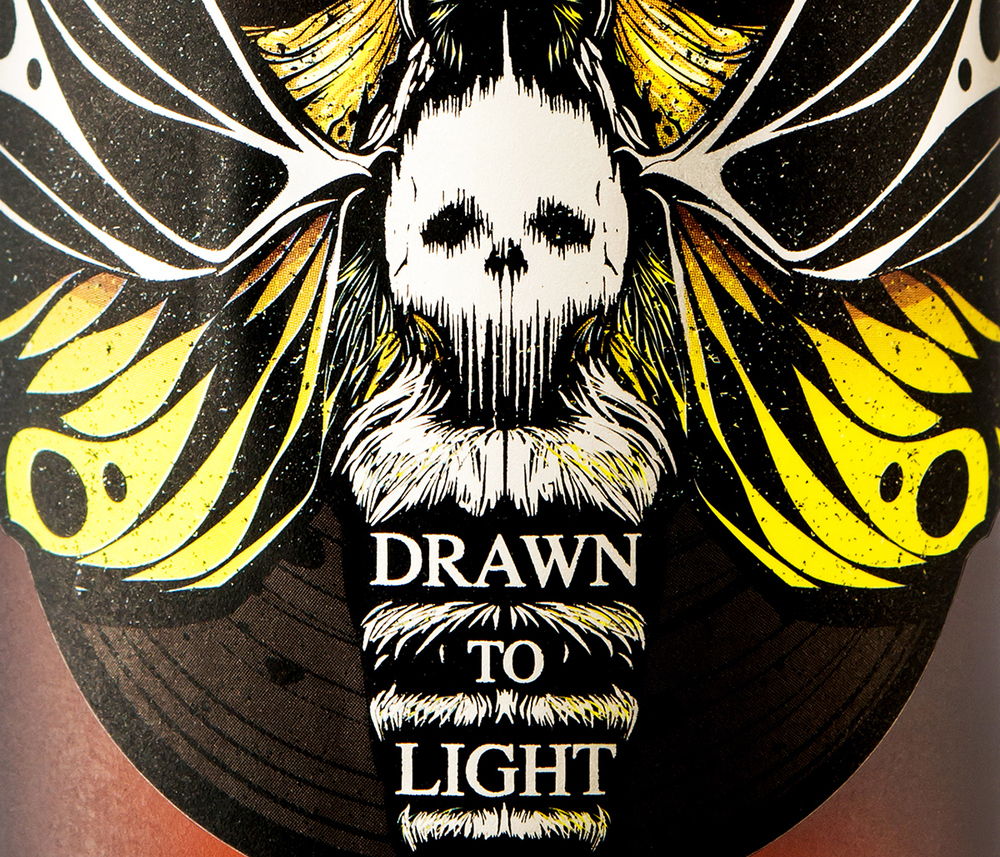 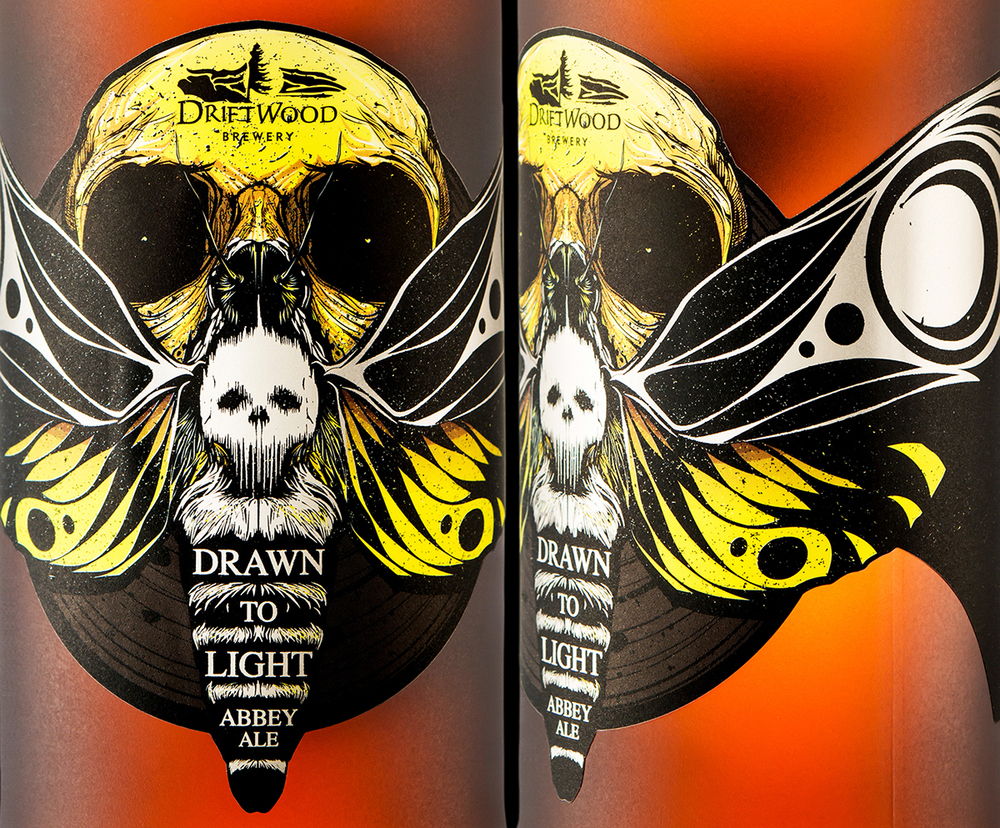 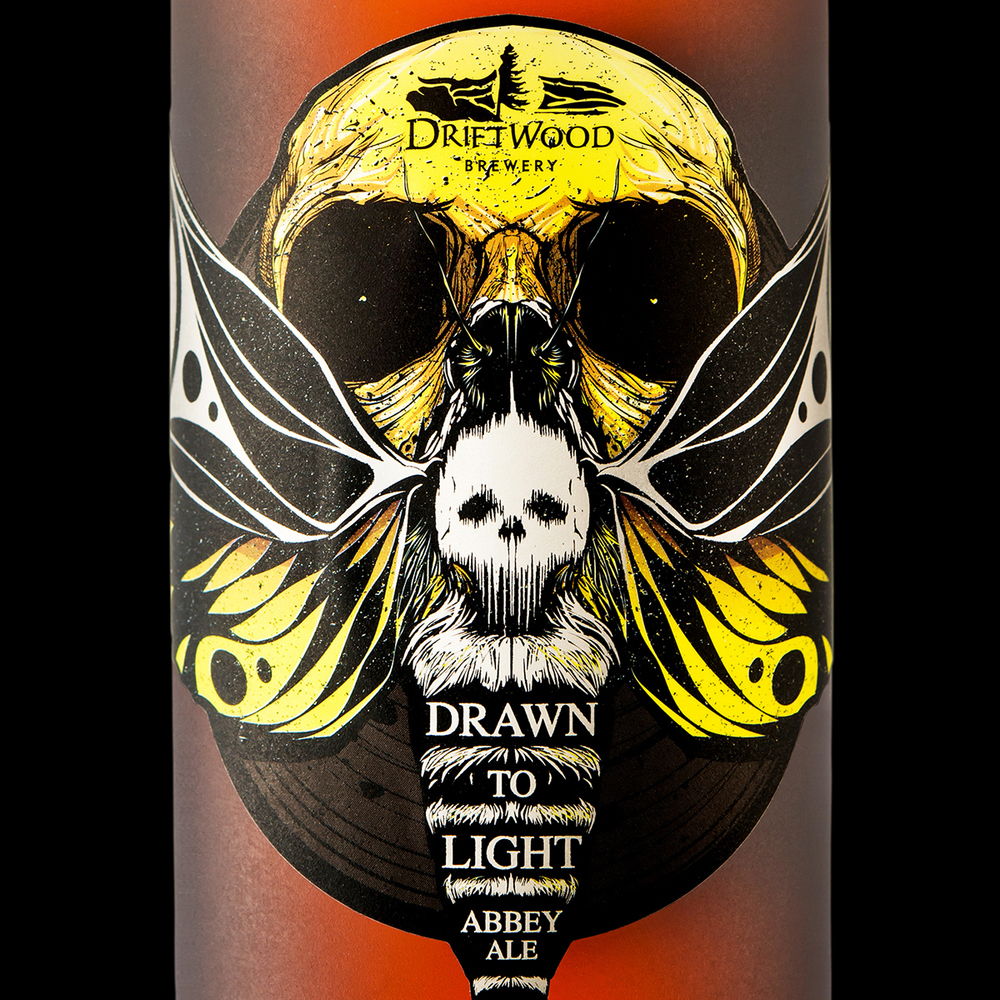