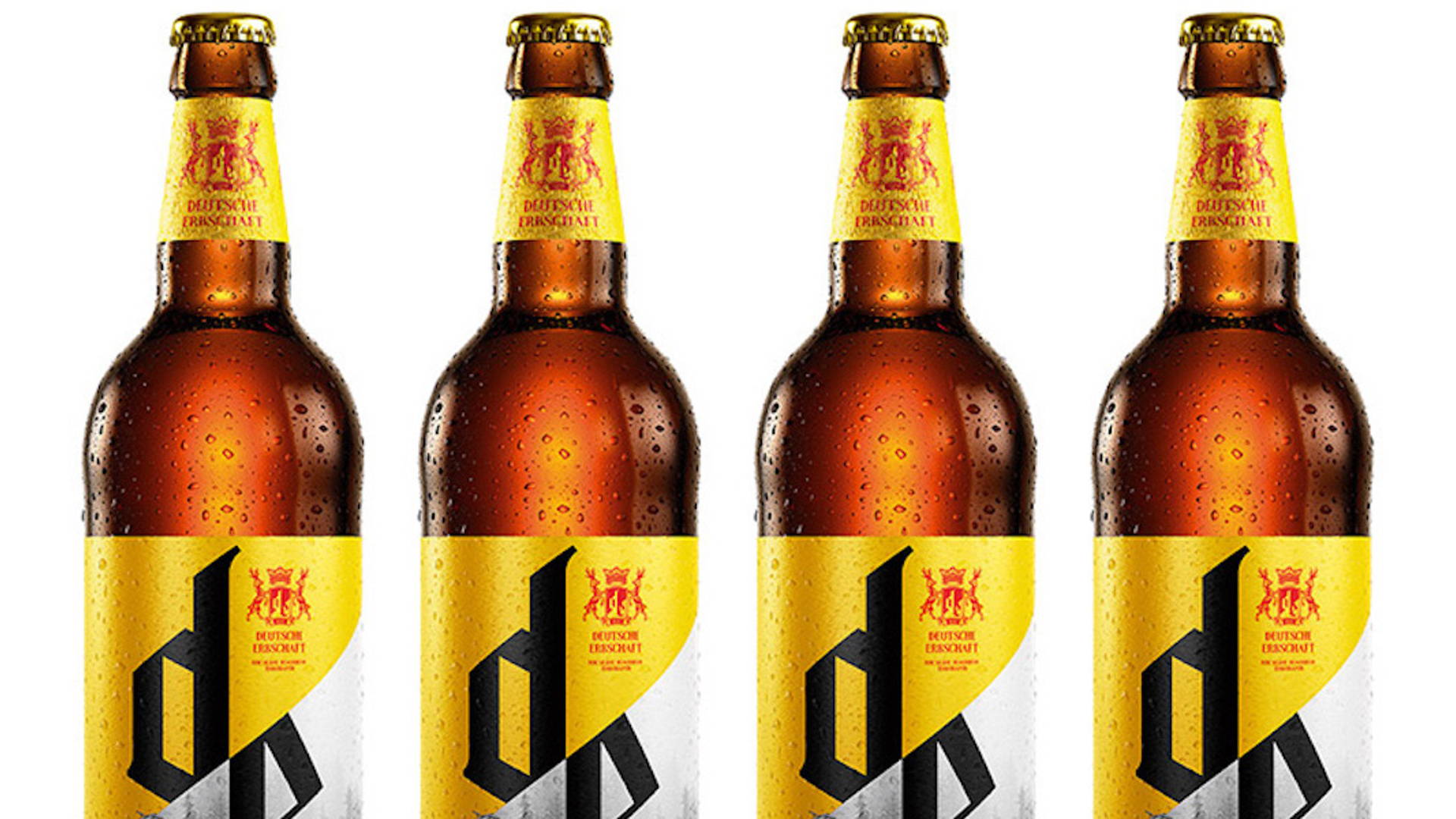 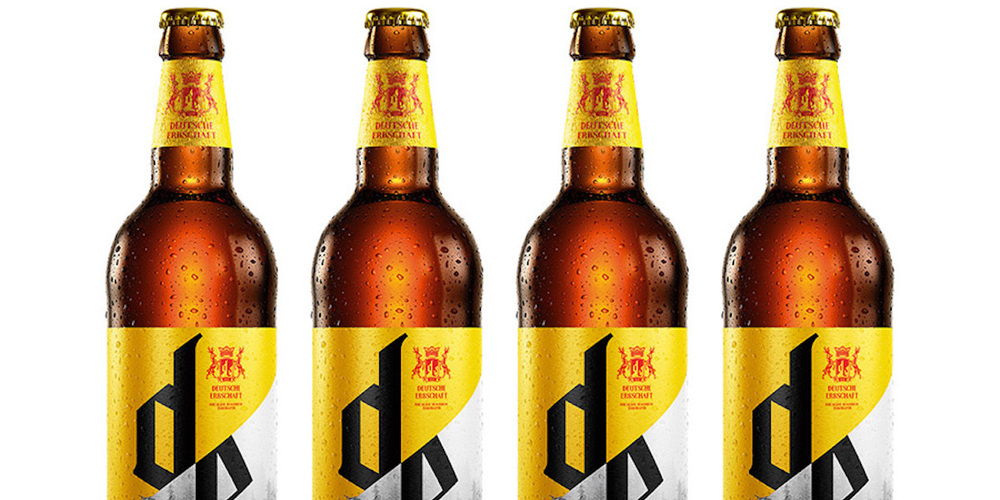 If there’s one thing that Germans do right, it’s beer. KIAN Group developed the packaging for Deutsche Erbschaft, with a goal to develop a true culture of beer consumption in Russia by introducing new beer brewing traditions from all over the world. 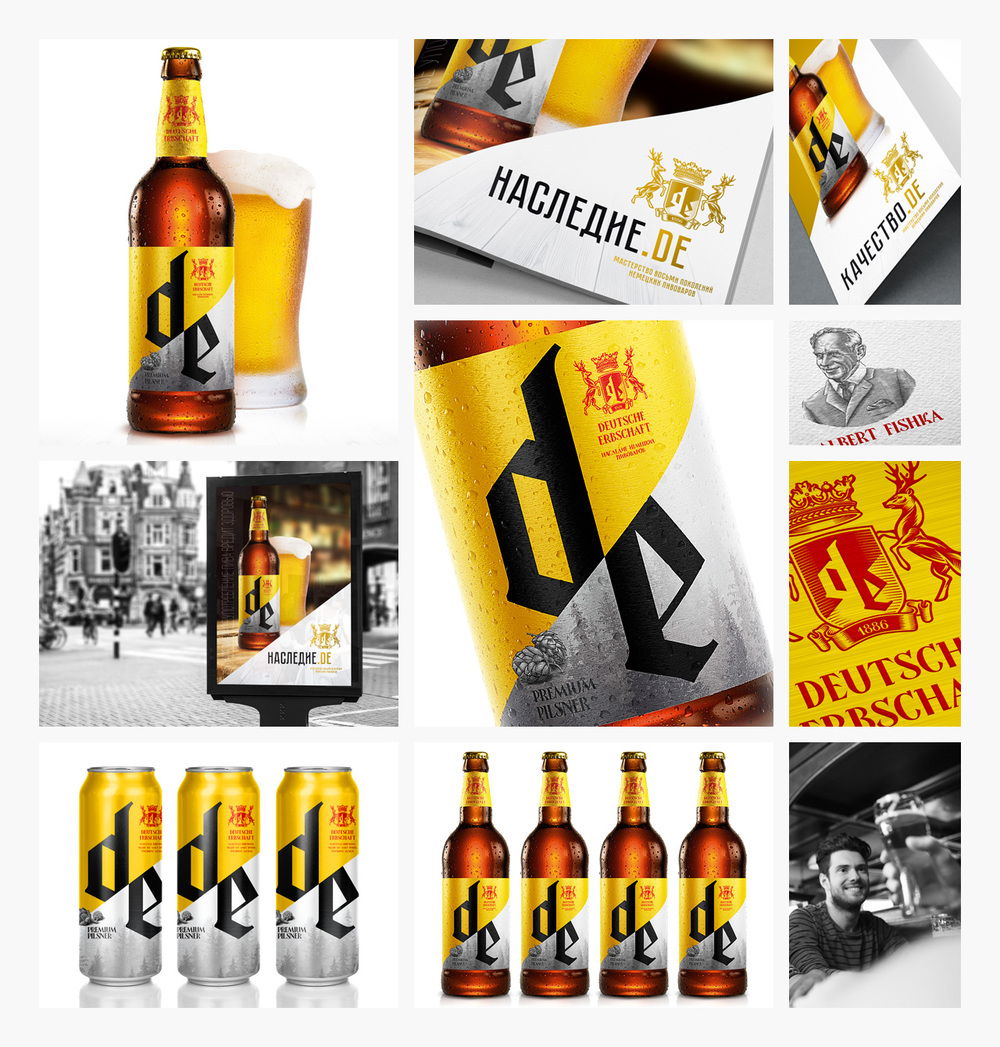 “One of the most famous and popular brewing schools in Russia is the German School, which became the base for most of NBC’s (Novosibirsk Brewing Company) mainstream brand portfolio. The creative concept of the German brand was based on a true story. While travelling through Europe in search of equipment for a new factory the owners of NBC met Fischka, an elderly brewer, in the south of Germany, whose family was engaged in this craft for seven generations. Fischka said that, unfortunately, he could not continue the famous dynasty of brewers as he had only daughters, who did not want to become the successors of the family craft. Therefore, he was happy to pass his brewery in the hands of young professionals from distant Siberia. Thus, the story of German heritage ‘Deutsche Erbschaf’ was born.” 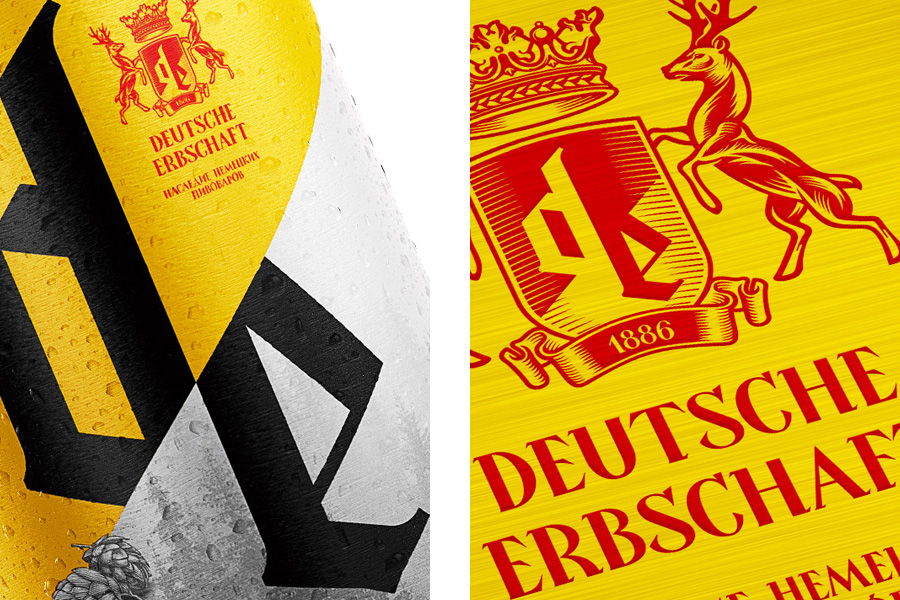 “When creating a brand, it was decided not to use any standard templates of the category and direct association with ‘Germany’ theme, but to create a modern brand, interesting for innovative young people. The brand legend was reflected in the name, acronym: DE (Deutsche Erbschaft, which means ‘German heritage’). DE is also the German domain extension, which is identified with German quality. The use of this potential has opened up endless possibilities for developing of all future brand communications.” 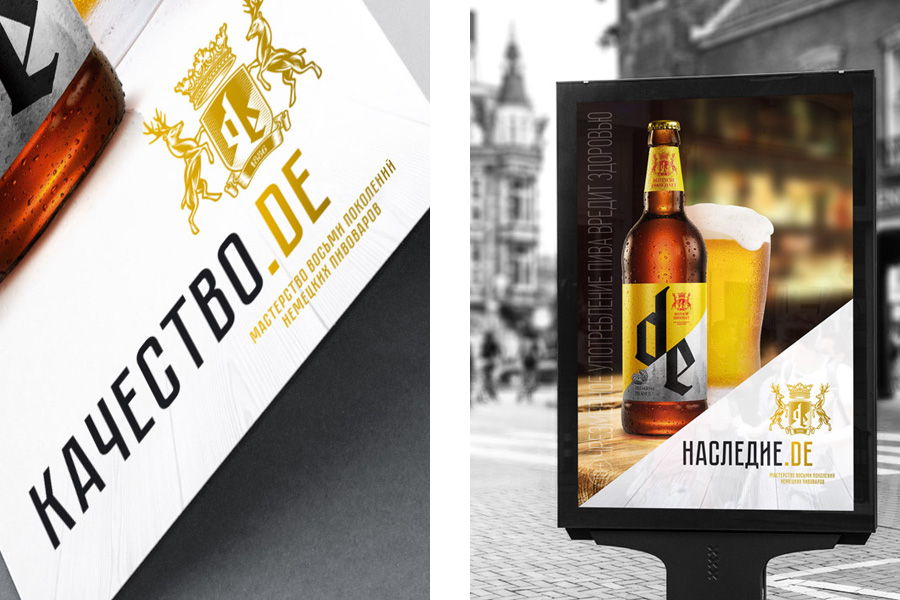 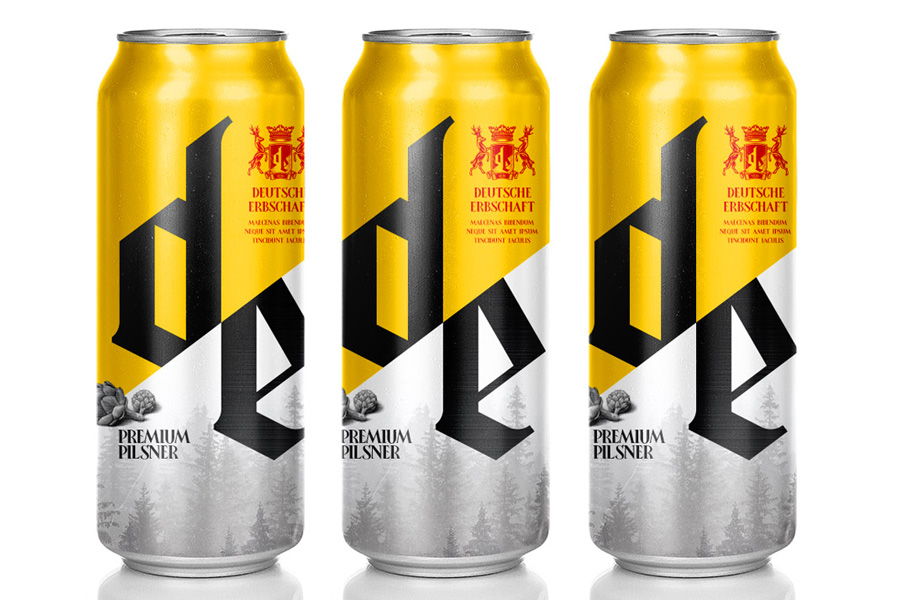 Deutsche Erbschaft embodies a brand that is intensely proud of its heritage and also has a tremendous amount of confidence. A slanted line on the label and a large font are bold and immediately noticeable on the shelf. Yellow, red, and black are the colors found on the German flag, while a small splash of silver on the front of the label gives it a modern look. 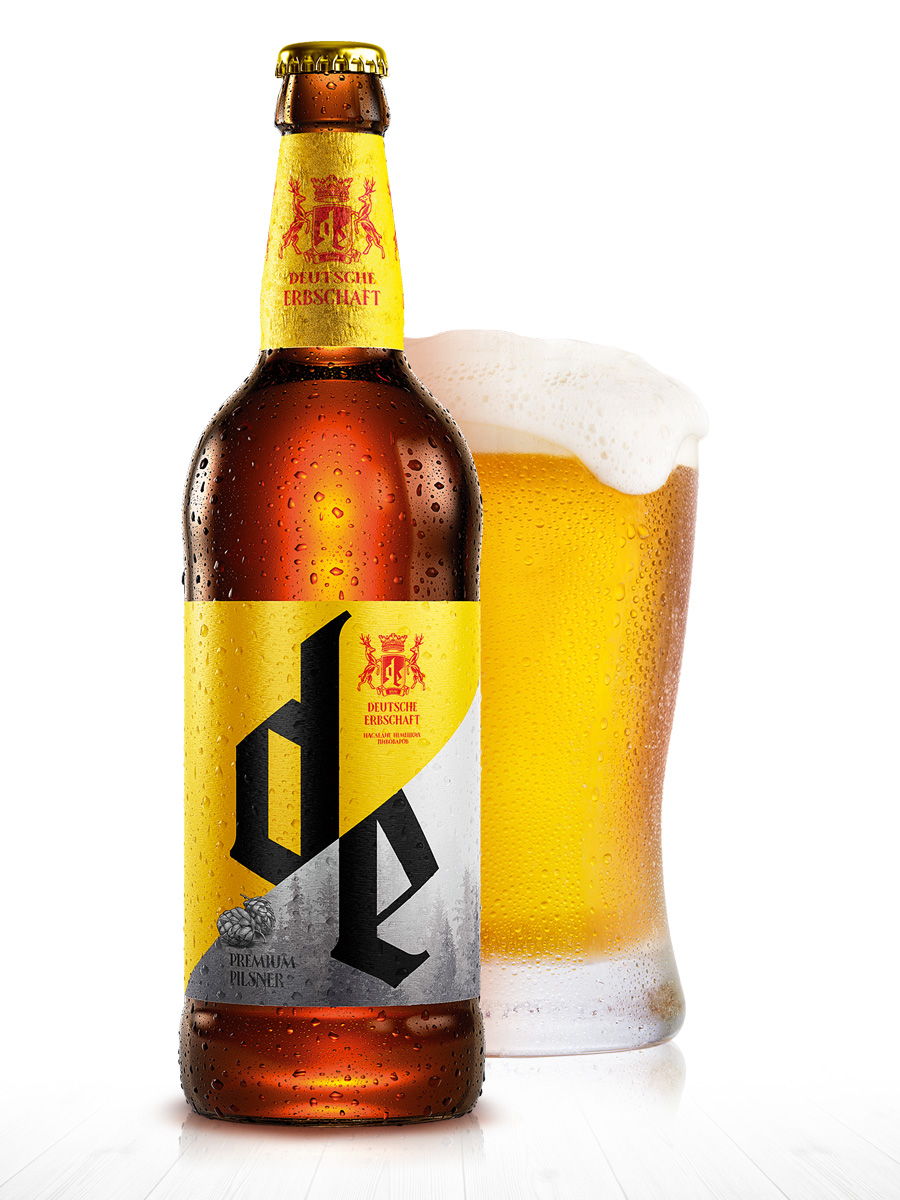