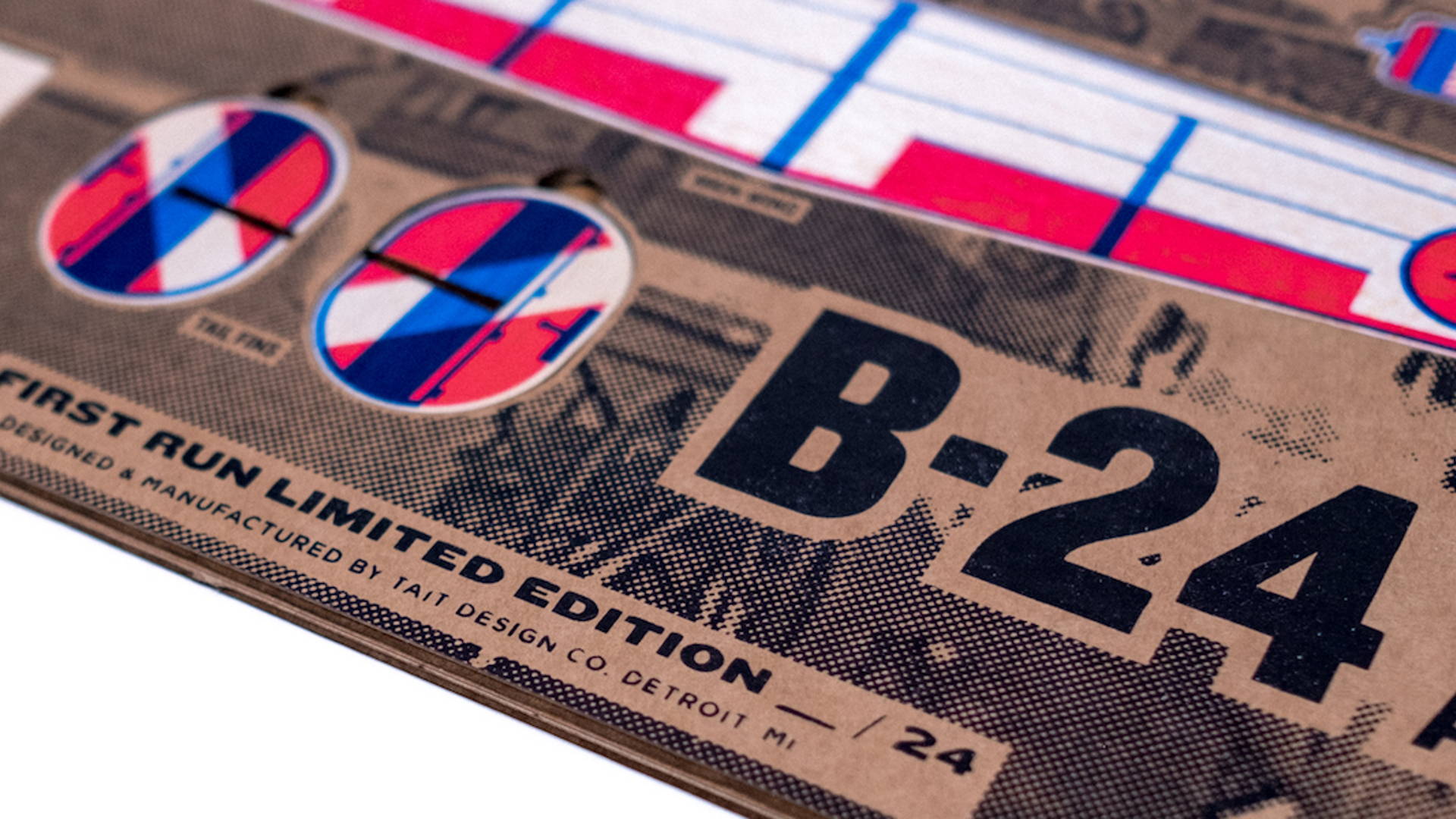 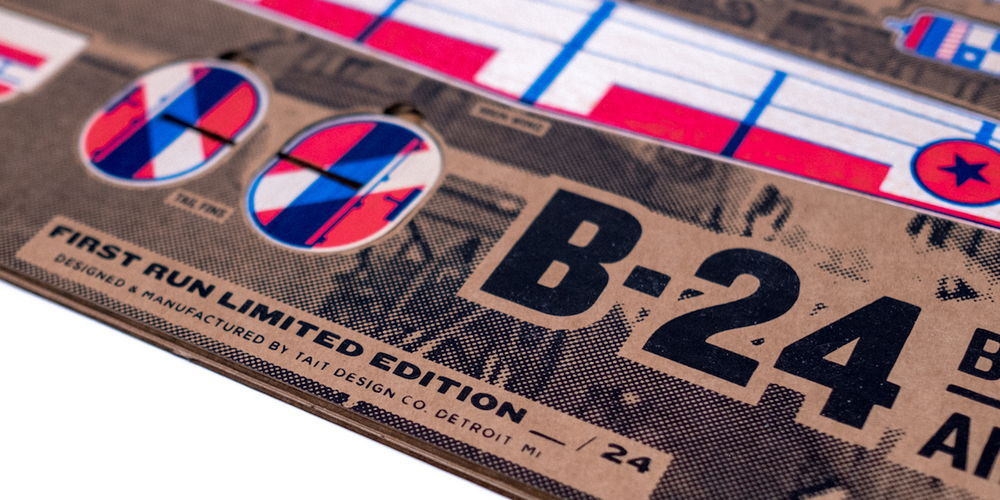 At first glance, this might just look like any model airplane kit out there. But look again—this Limited Edition B-24 Balsa Model Airplane Kit designed by TAIT Design Co. celebrates girl power and an amazing part of American history. 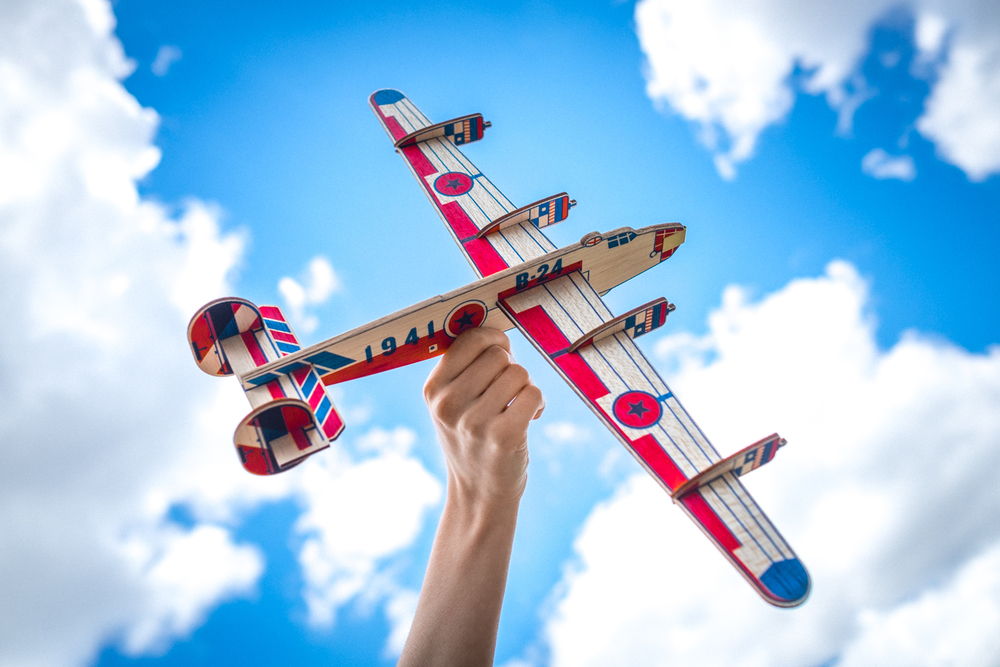 “This is an extremely limited hand printed and numbered run of 24 B-24 balsa model airplane kits, celebrating American ingenuity, homegrown Michigan manufacturing, and equal opportunity for women. Each plane and its packaging is hand screen printed, laser cut, and assembled by TAIT Design Co. in Detroit, MI. The front panel of the packaging features a halftone archive image from the original assembly line in 1942. The packaging measures in at a hefty 24"x12" emphasizing the tremendous size of the massive aircraft. The Balsa plane parts fit snugly into their cardboard compartments and are not obscured by anything other than a thin layer of shrink film. This unobstructed view of the product paired with the packaging creates a bold look on the shelf.” 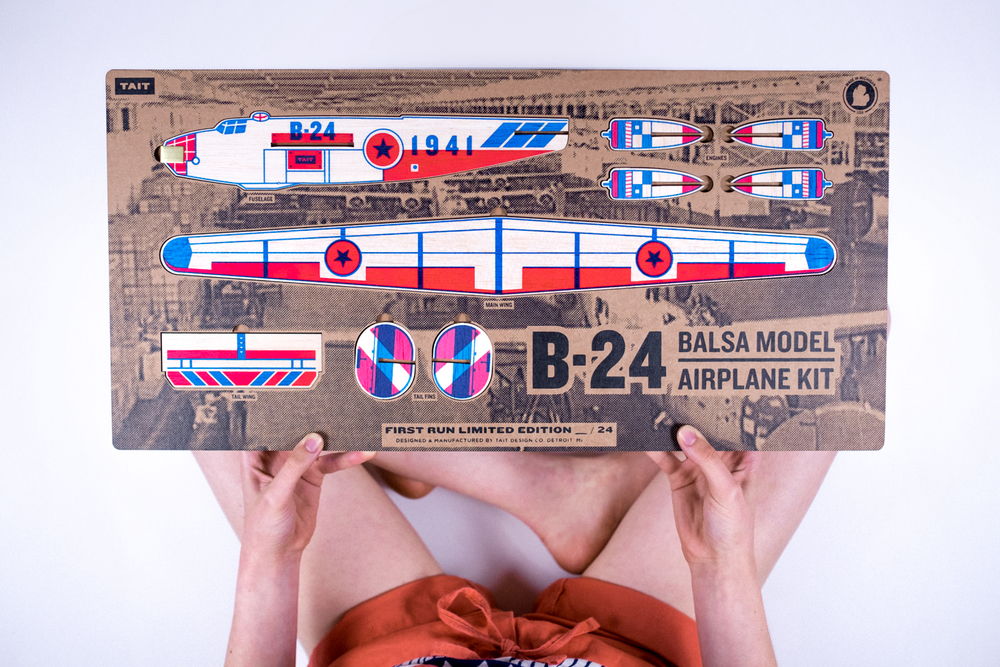 The pieces for the plane pop out easily, making assembly a breeze. Red, white, and blue are naturally patriotic, and the background image looks like a vintage photograph of a hangar. The simplicity with which consumers are able to see every part of the model airplane on the shelf speaks to the simpler time that the bomber is celebrating. 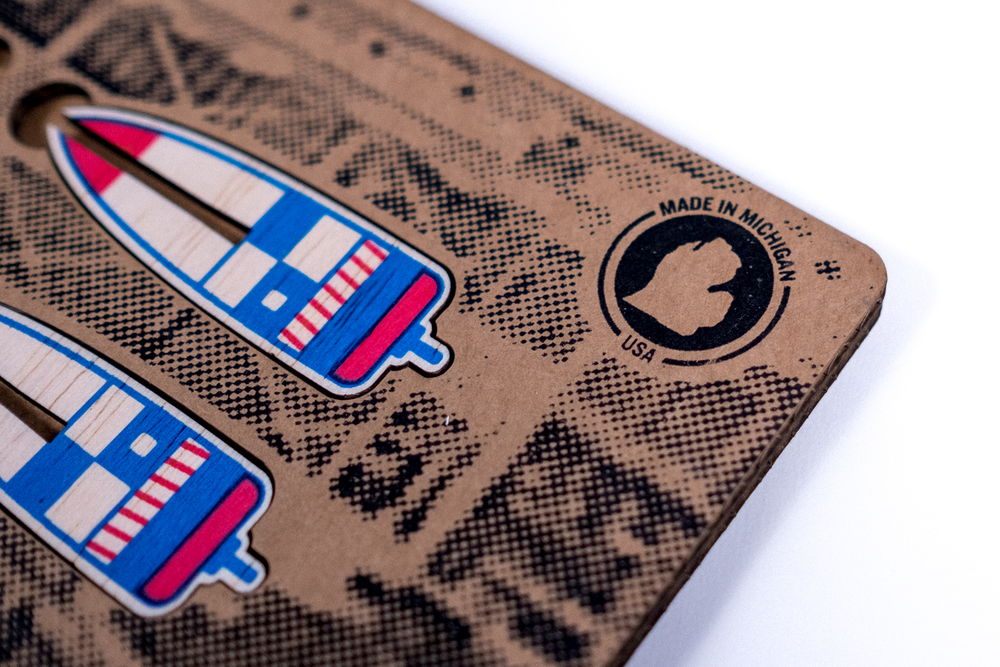 “The B-24 Bomber played an integral role during World War II for the Allies. Between 1941 and 1945, a total of 8,685 were made at the Michigan Willow Run Plant. At a time when the world felt uncertain, this factory became a symbol of American industrial strength. The B-24s were the first aircrafts built on an assembly line, allowing the 42,000 mostly female workers to produce them at the astounding rate of one every hour. This was one of the first American jobs that provided equal pay for women. With this kit we salute those who served our country during some of its most perilous times, both abroad and at home.” 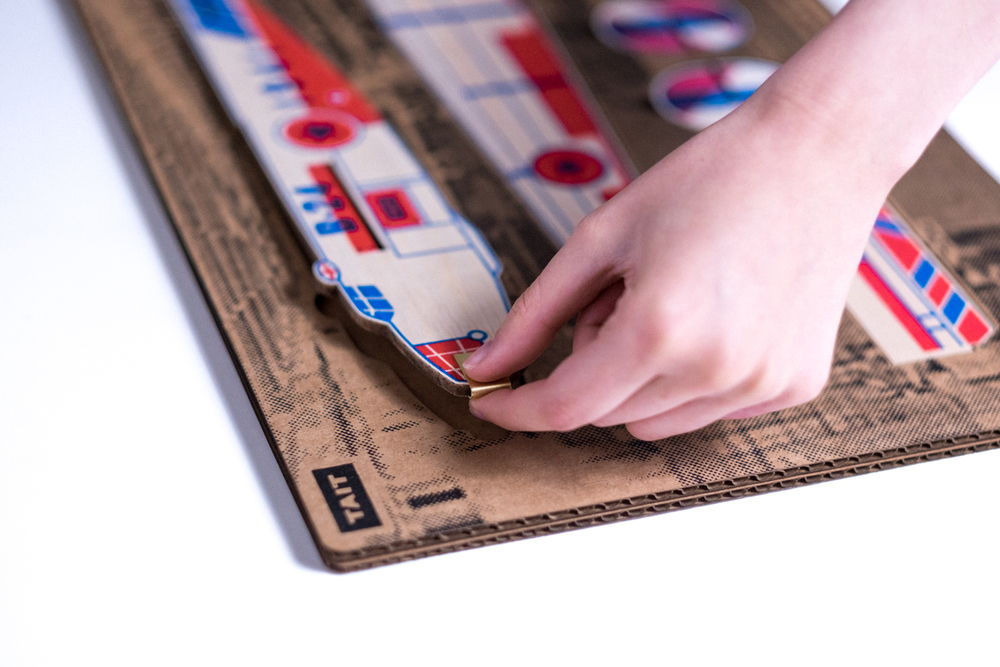