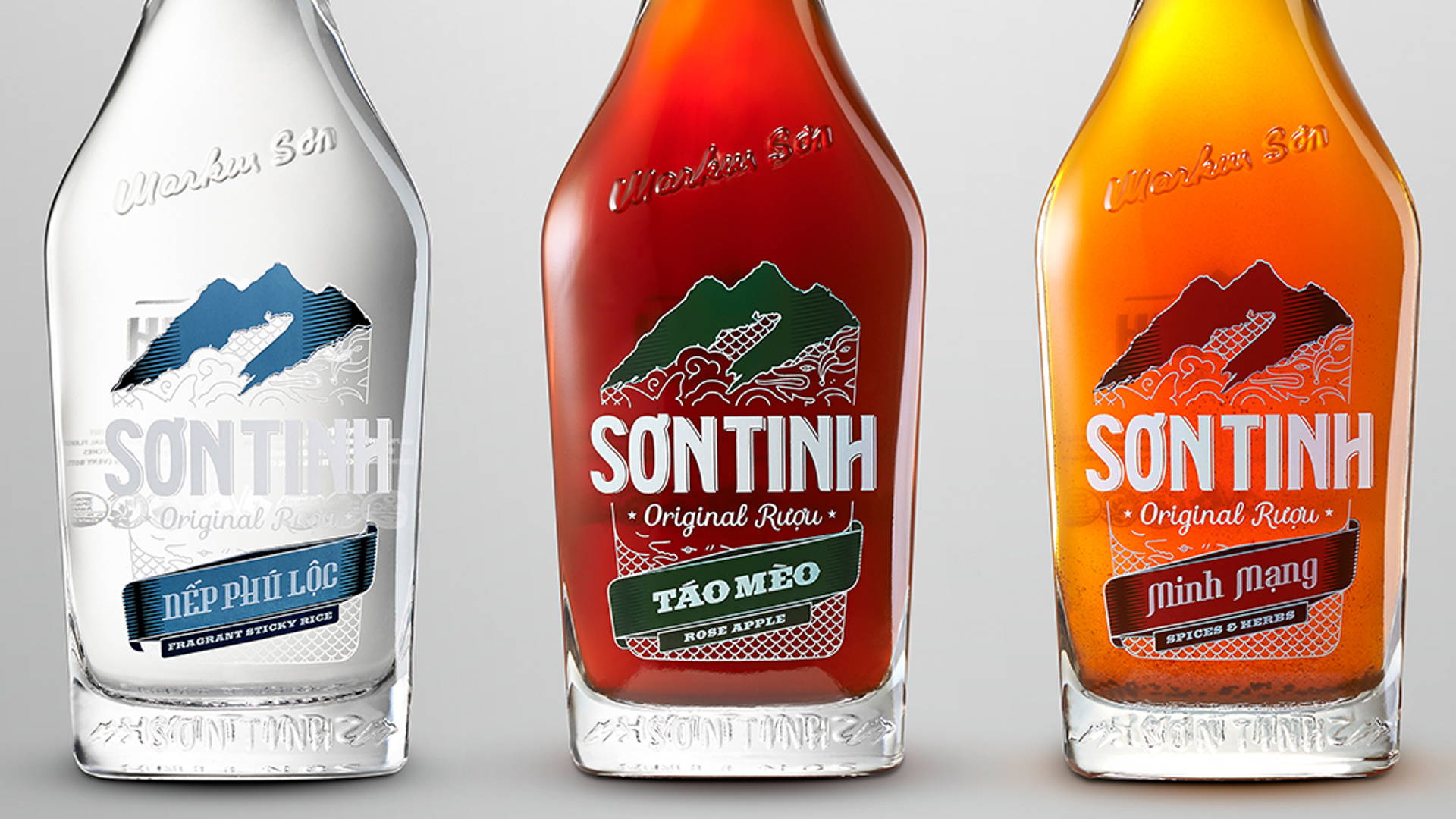 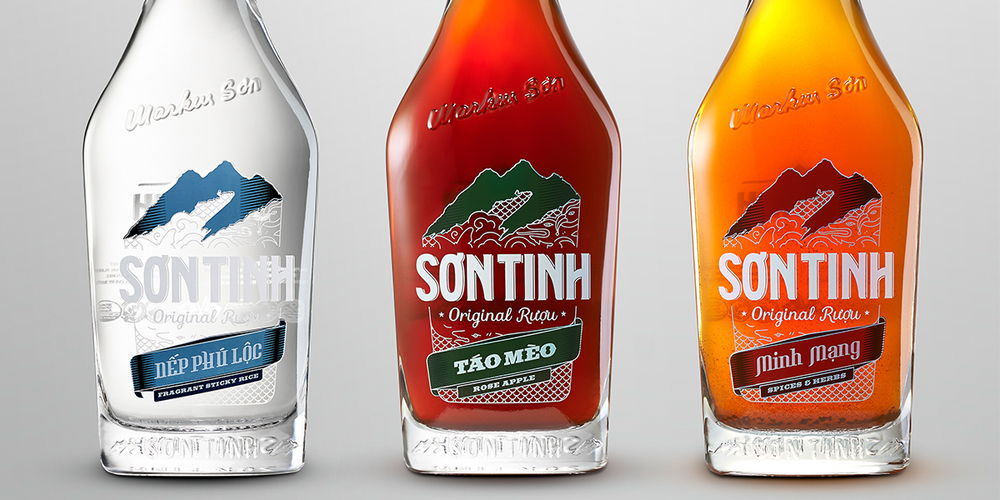 S?n Tinh Original R??u is a range of 12 Vietnamese traditional rice spirits and liqueurs comprising of a clear distillate, a Vietnamese version of port wine, 4 fruit liqueurs, and 6 herbal varieties.The diversity of flavours is reflected in the design elements, fonts and colors of each individual variety. 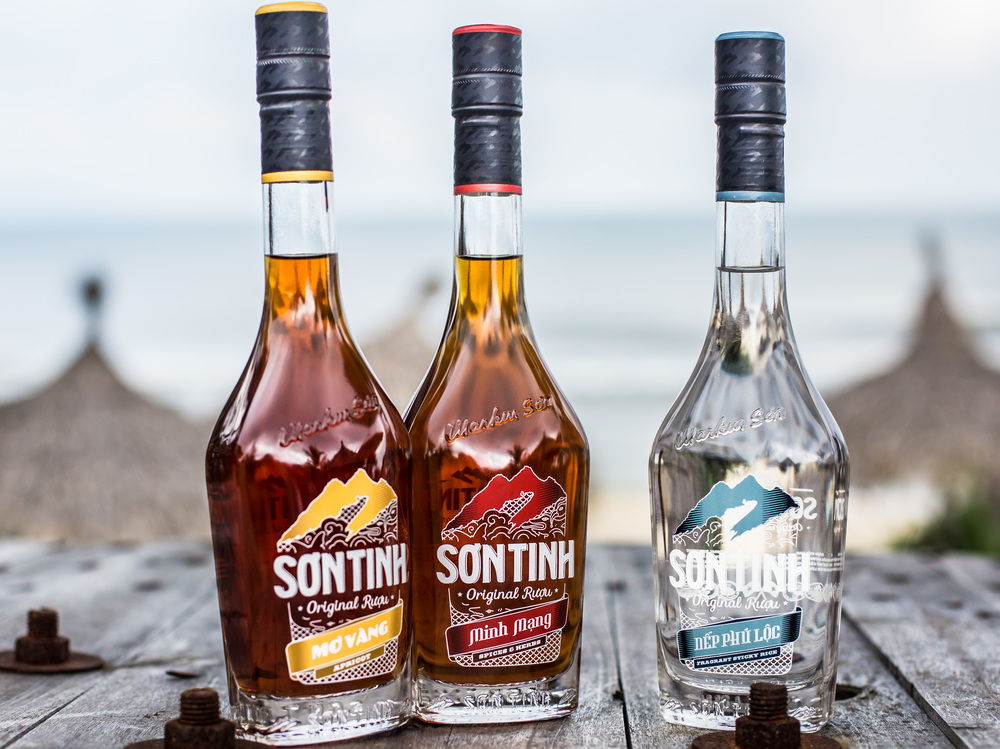 The bottle has a traditional yet trendy appearance incorporating both Eastern and Western elements. The elegant and pronounced edges and curves reflect a strong conviction in the uniqueness of the product. The broad range of colours and fontsare a centrepiece to S?n Tinh’s philosophy of diversity, advocating curiosity andexperimentation. The values of craftsmanship and maturity of a traditional product are asserted via the hand-drawn fonts and graphics. In contrast to other Vietnamese spirits, which tend to adopt generic or regional denominations, the personal commitment to quality and distinction of the founder is attested to by the raised signature on the neck of the bottle.

The bottle volume of 375ml was chosen to allow, in the Vietnamese way, the consumer to finish the bottle during a single session as an accompaniment to a sumptuous and hearty meal. Similarly, the fruit varieties are recommended to be enjoyed on ice and thus a bottle passes quickly between friends during a warm summer’s day. The name S?n Tinh means “the essence or esprit of the mountains” but is also used in traditional Vietnamese folklore to denote the ‘mountain genie’. The three-peaked mountain logo, drawn by Hanoian artist Nguyen Anh Tuan, harks back to Eastern calligraphy and is actually the graphically rendered Sino-Vietnamese character for ‘mountain’. 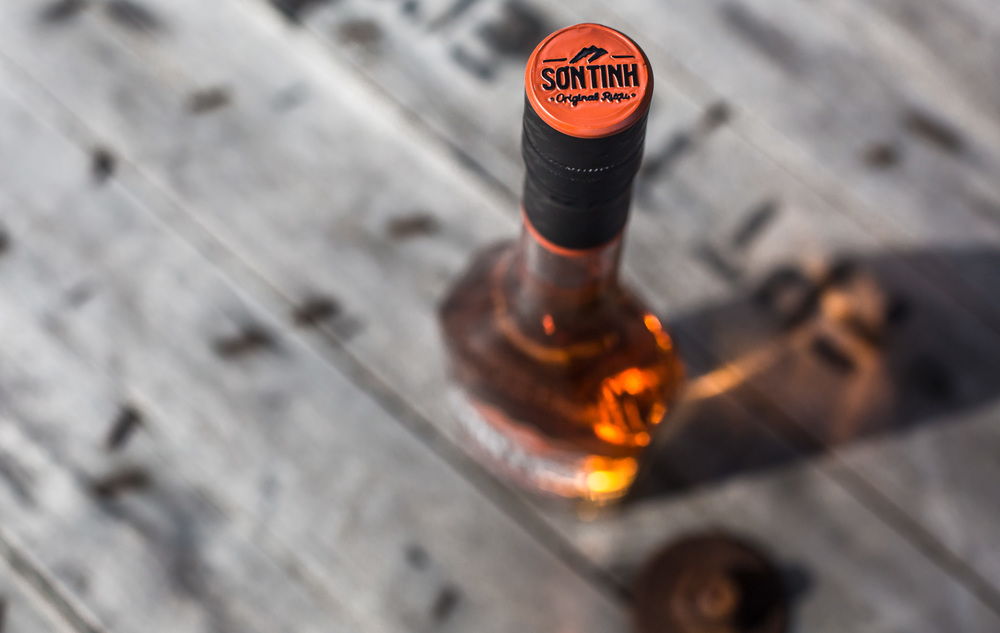 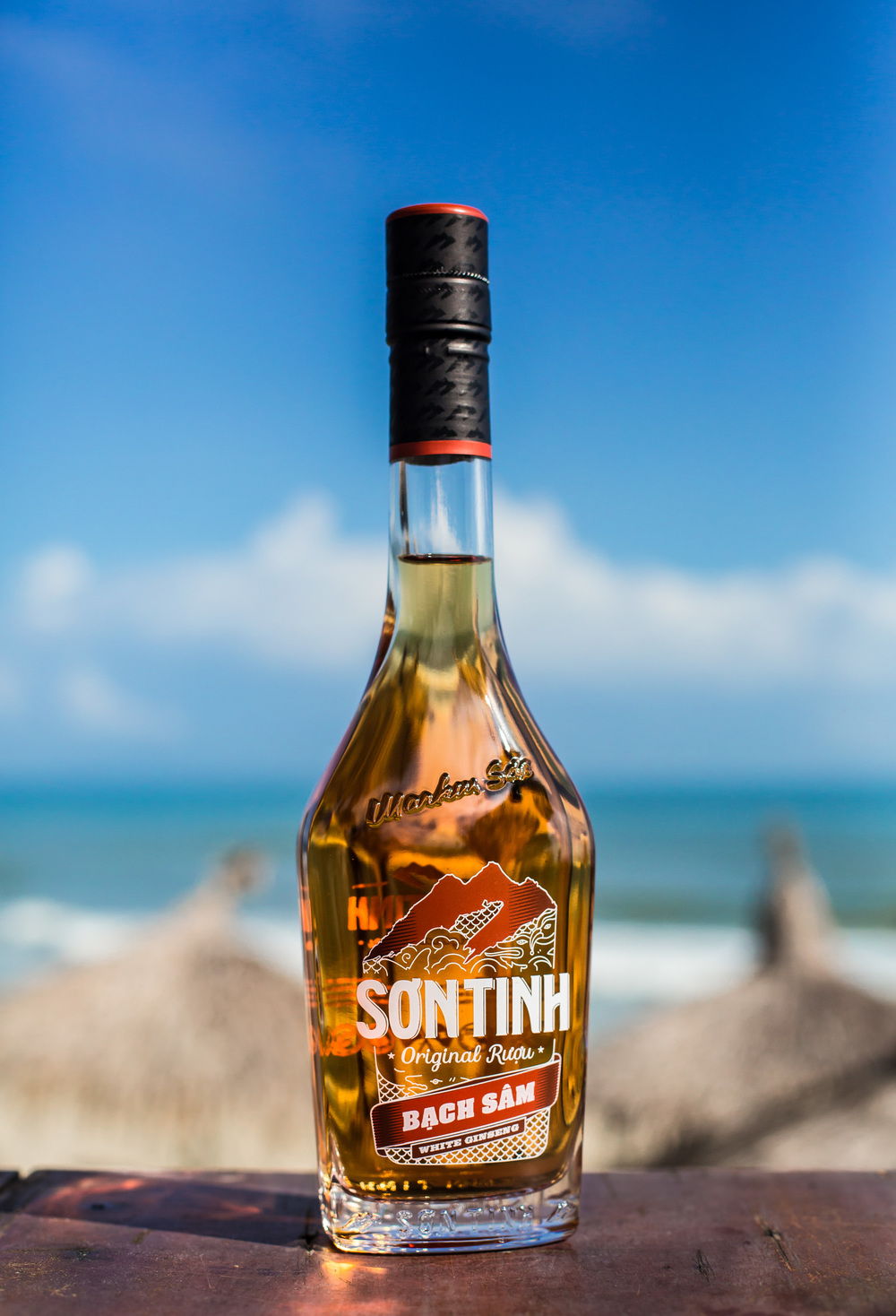 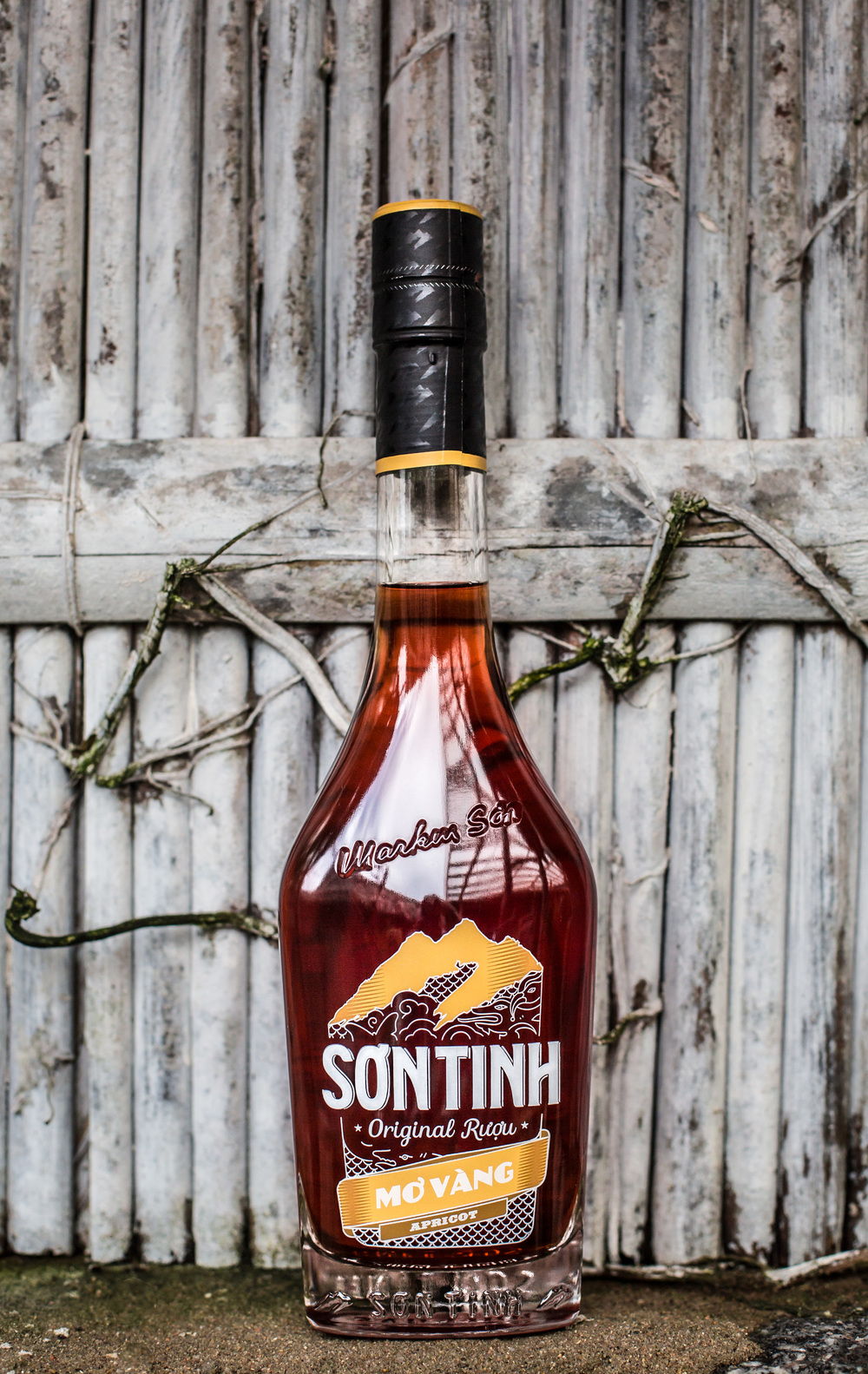 Since first attending an international spirits competition S?n Tinh faced the lack of an appropriate category for its suitable (and accurate) submission. Staunchly refusing to register its distinctively Vietnamese liquor as Vodka, Shochu, or any other nationally branded variety, S?n Tinh had for years to resort to the category “Others”. However, at the 2014 Asian Spirits Masters competition of The Spirit Business publication based in London for the very first time R??u was acknowledged as a liquor category in its own right. R??u (Pronunciation: /???u/ in the south of Vietnam, /???u/ in the north) is howVietnamese in general, refer to stronger alcoholic beverages, and the attribute“Original” refers to the national origin of this distillate made from indigenous, fragrant rice varieties.

As with the bottle and label design, the capsule design continues to emphasizedifferentiation and diversity, repeating the product-specific color in two separate color strips around the top and base of the poly-laminate capsule. The capsules are produced by the Spanish company Ramondin, another pioneer with more than 125 years of expertise. The matte black capsule has a background pattern of the S?n Tinh mountains and provides a strong tear-strip to tear open the capsule, exposing the branded mahogany wood cap beneath. The top of the capsule is crowned with thefull S?n Tinh logo, raised on a product-specific background color. 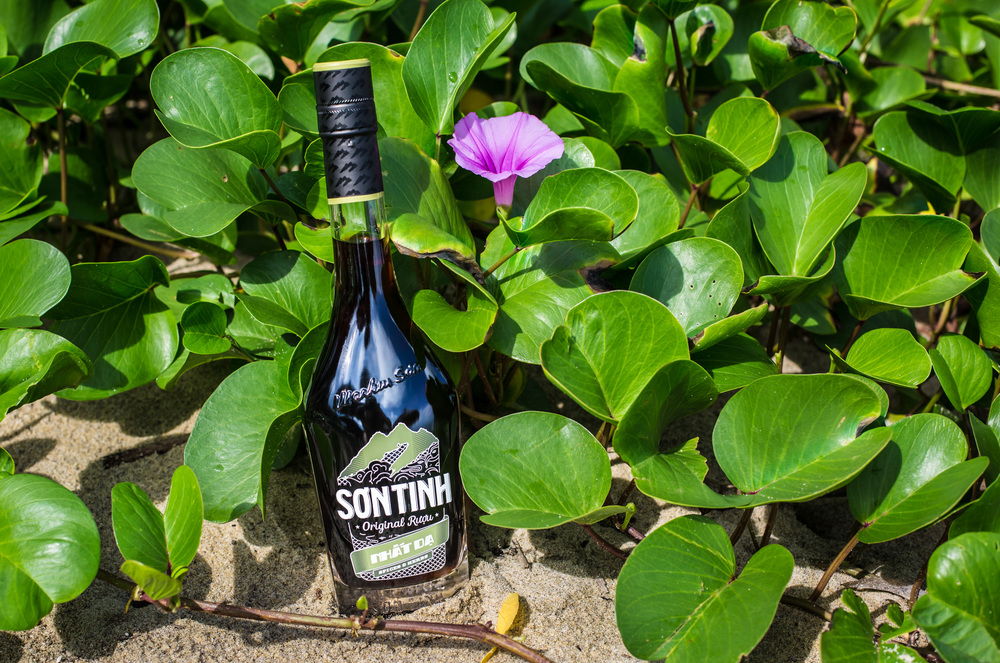 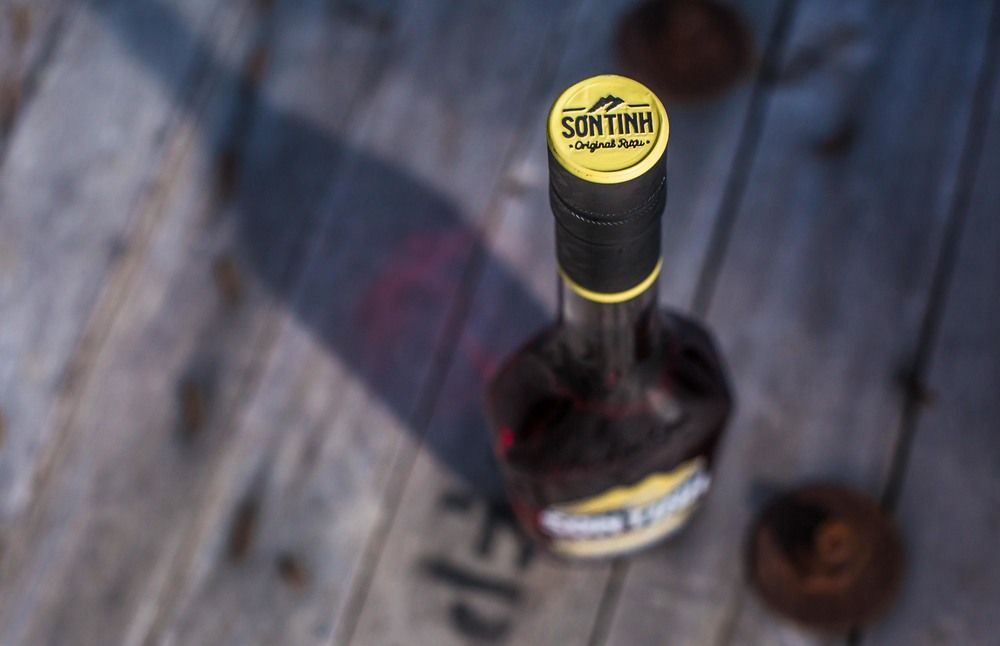 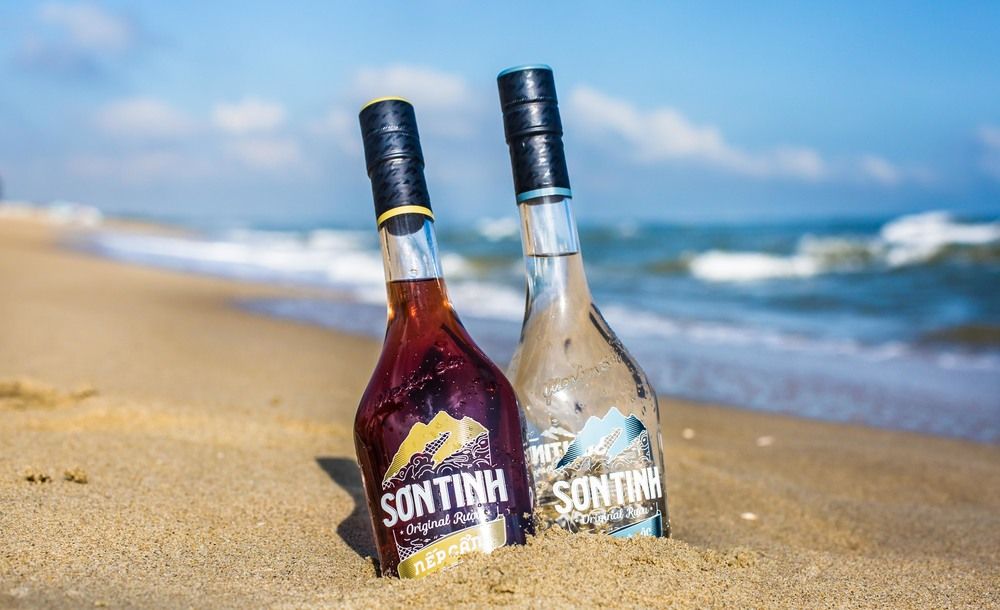 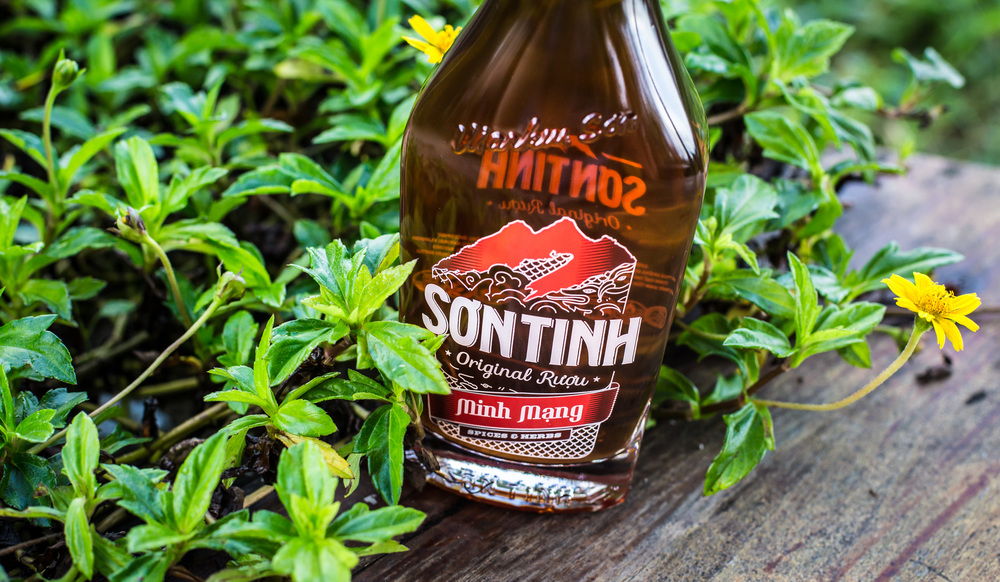 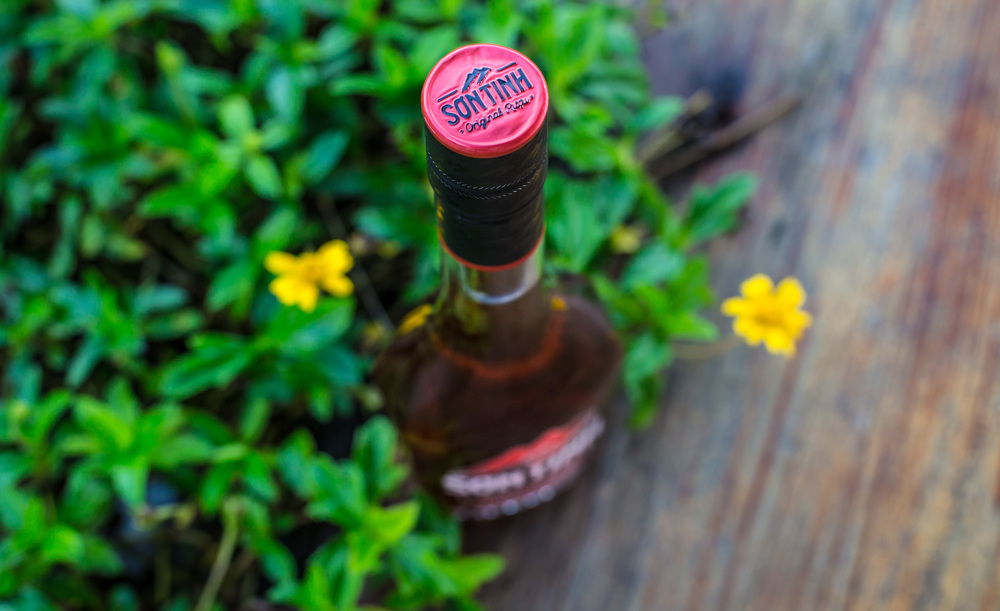