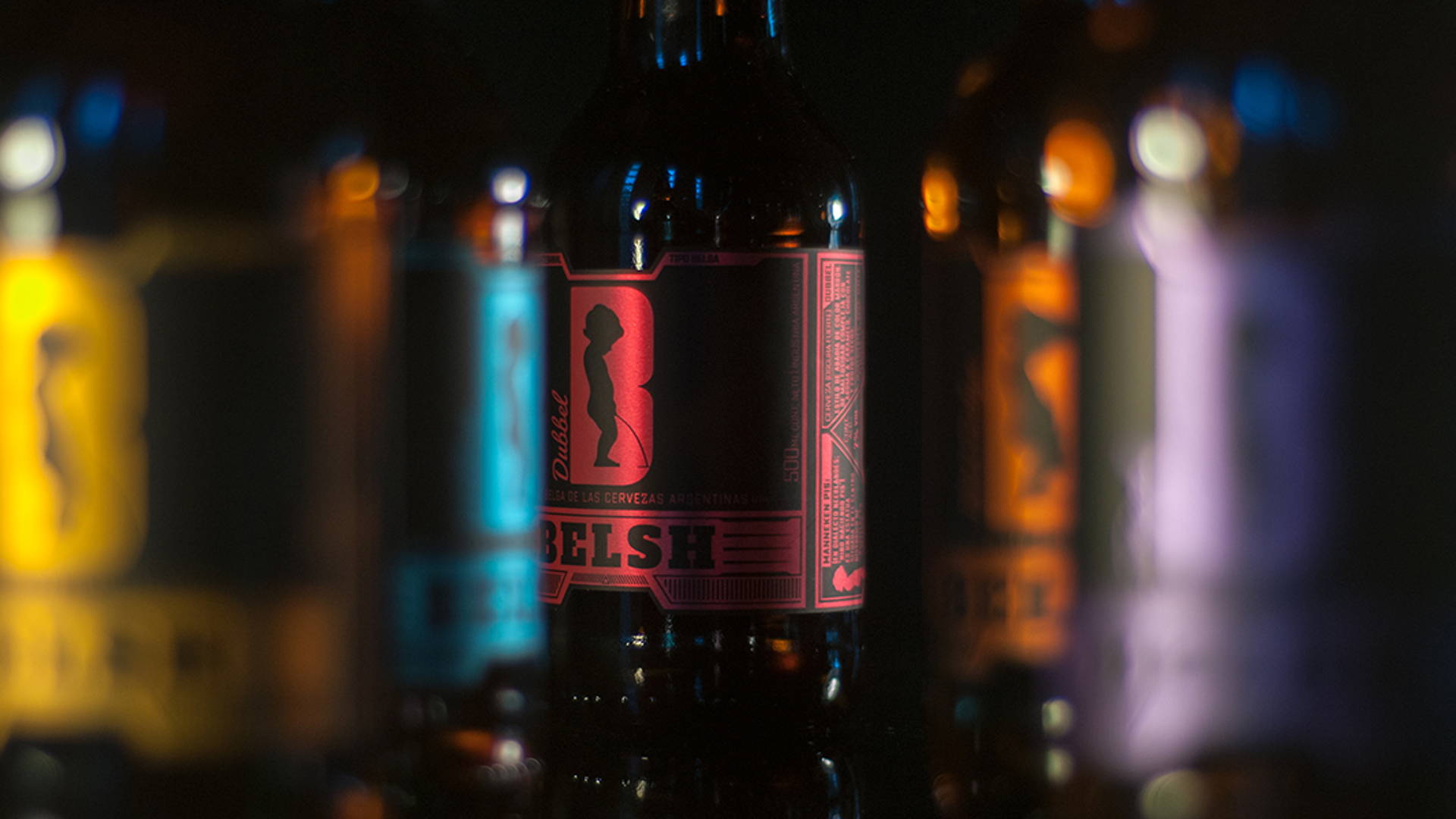 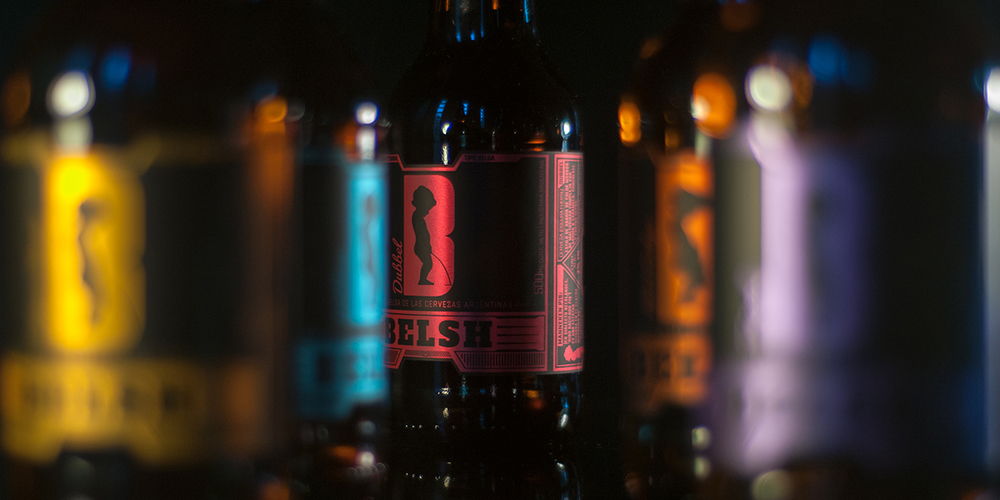 It is nearly impossible not to spot this beer at your local liquor store. A collector's keepsake, to say the least, this brand is turning heads. Designed by Phiyl Häner, five beer styles are packaged in tinted bottles with an unusual metallic label bedecked with a boy peeing. Inspired by heavy metal engraved artwork, the packaging is an ode to the old practice interpreting the handmade craft in a modern way.

"BELSH emerged when two Belgians based in Buenos Aires wanted to share their national beverage traditions with the Argentine public, putting high quality standards as their priority. Besides they carefully developed no less than 5 recipes getting as close as possible to the genuine Belgian beer styles: Dubbel, Tripel, Belgian Blond, Witbier and Belgian IPA . Brewed with national and imported ingredients, all beers are bottle conditioned without filtering or pasteurizing to assure strong and lasting flavors. " 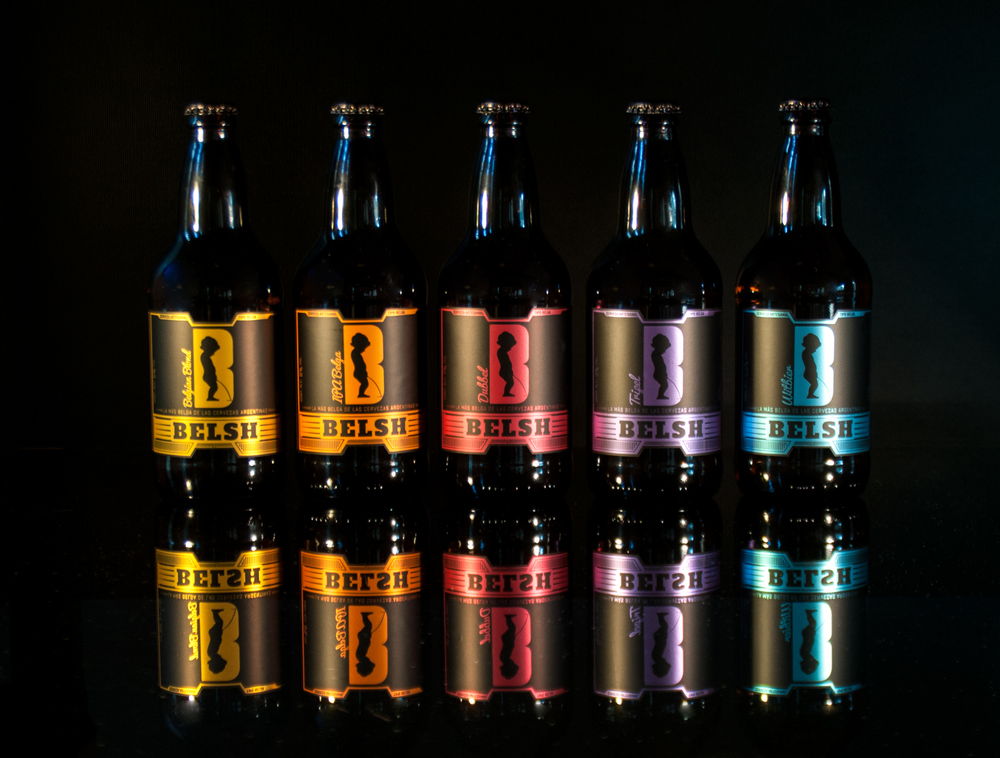 "The name “BELSH”(which derives from the phonetic writing of the word ‘belge’ in the local dialect), as well as the brand and labels that have a contemporary design and high end printing process were designed to allow an immediate identification with Belgium." 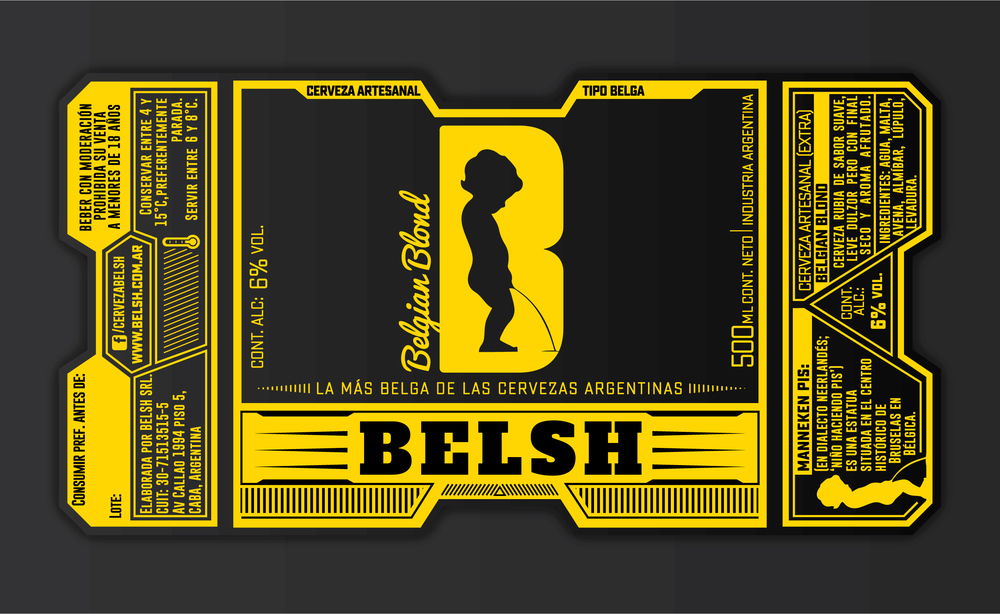 "The first step was to develop the one-color isotype combining the world famous Manneken Pis fountain statue from Brussels with the letter “B”, from Belsh, that would emphasize its Belgian origin and would allow using it on any type of printing material. Once this was done we started with the logo itself. “BELSH” had to be massive, heavy and modern, but escaping from traditional “Helvetian” font type. We chose this serif bolded font because it is easy to recognize and has a strong personality. The second part of our job was to create a nice label that could be easily adapted to 5 types of beer. We accomplished that strong identity through two colors. A strong black, common to all types of beer and another color (pantone) for each style, all of them printed on metallic OPP with silk matt laminate coating. The label design itself integrated some distinctive die cut details and refers to heavy metal engraved works." 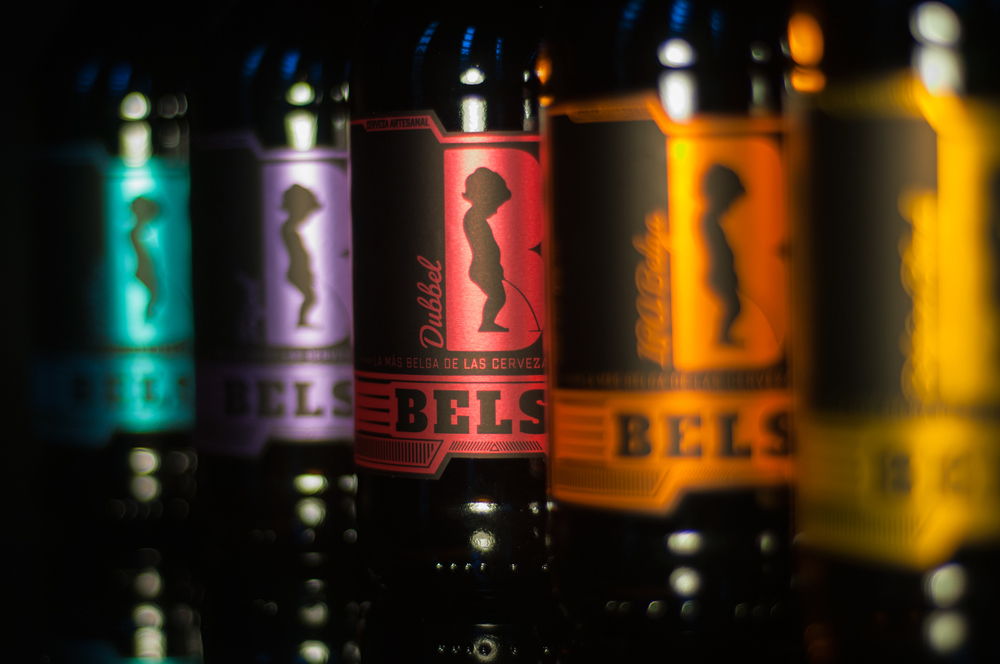 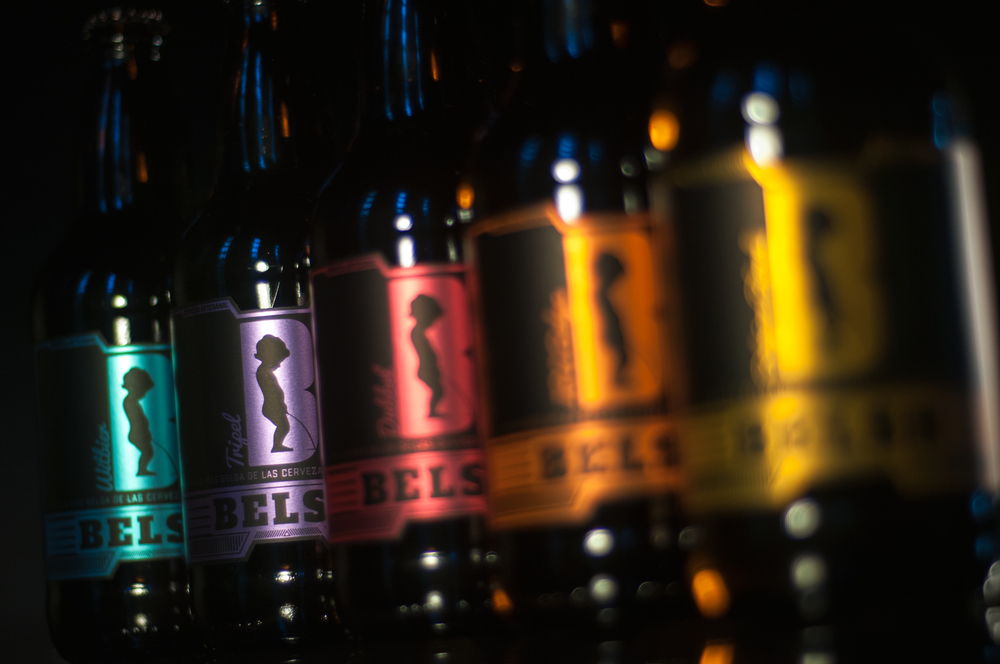 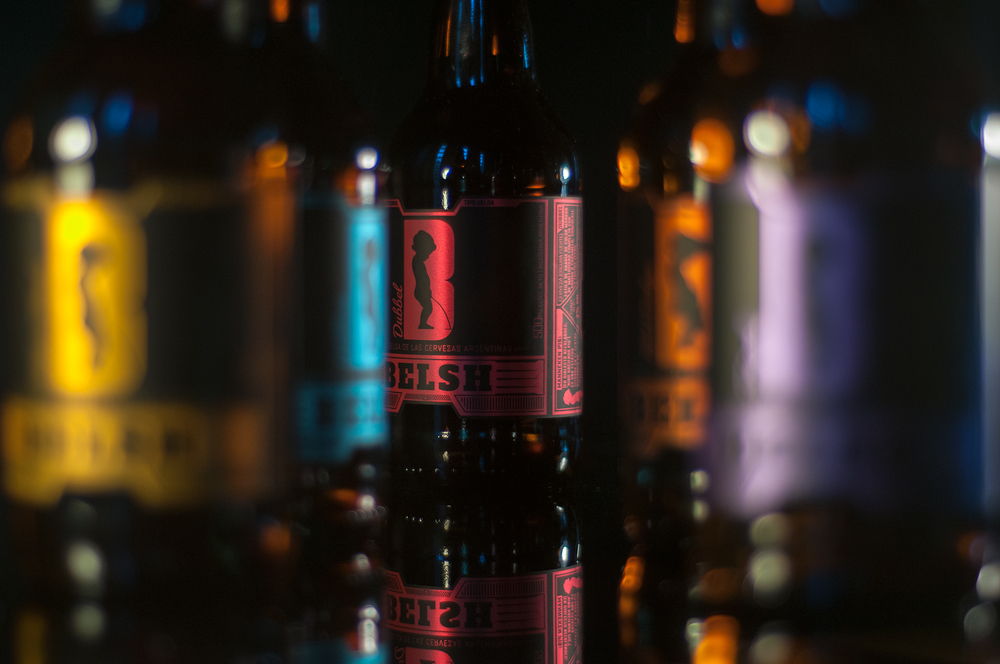 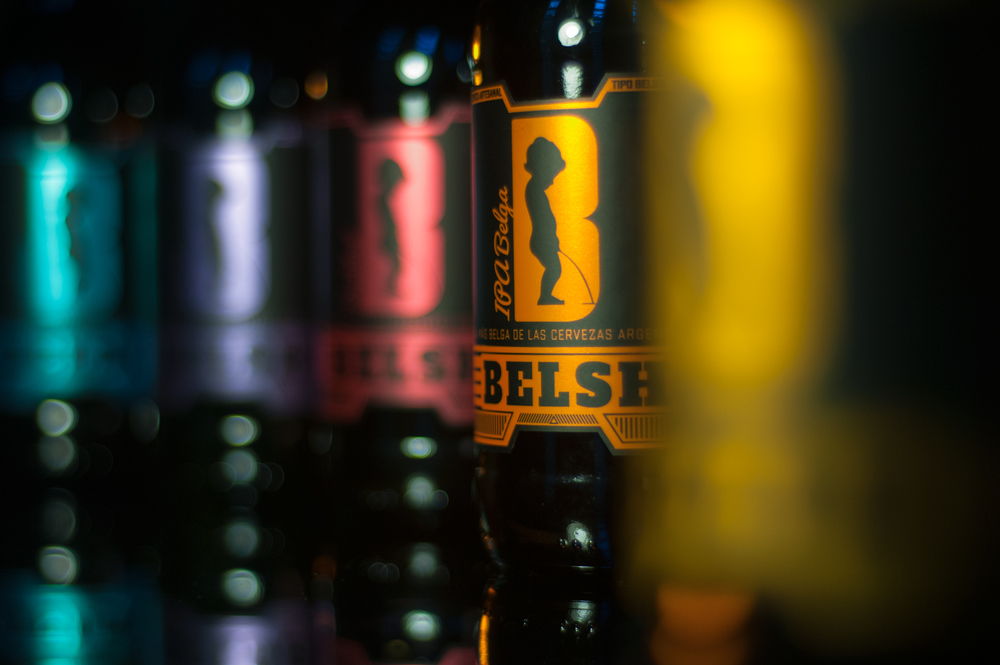 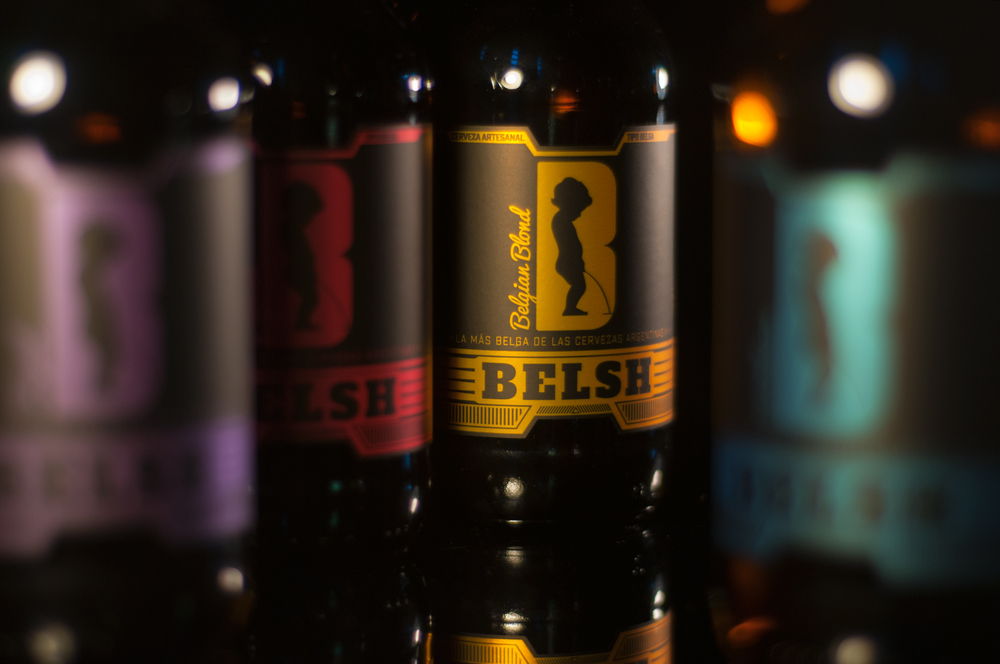 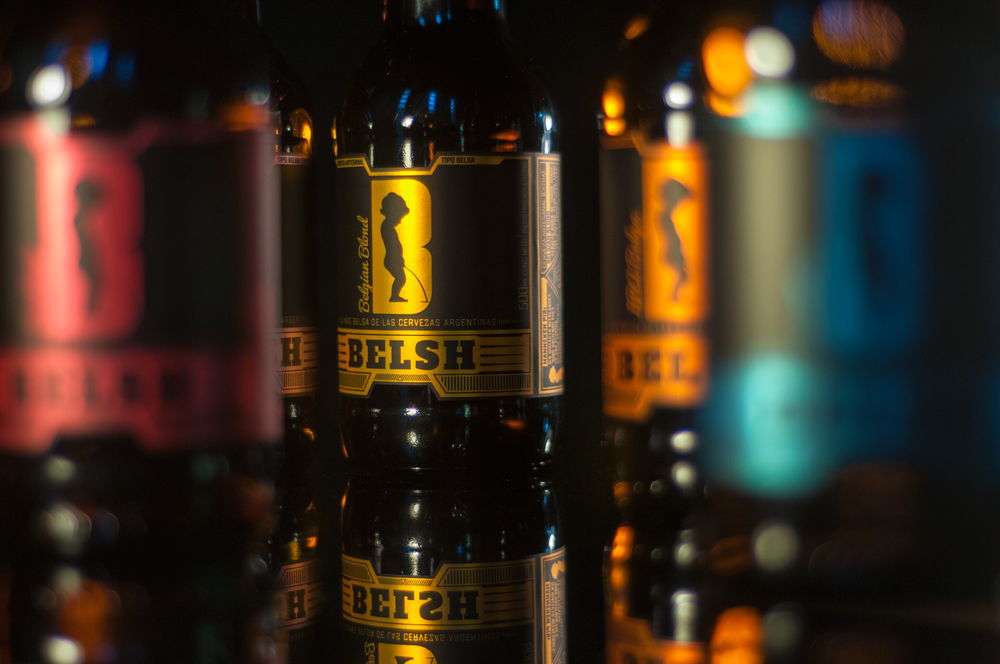