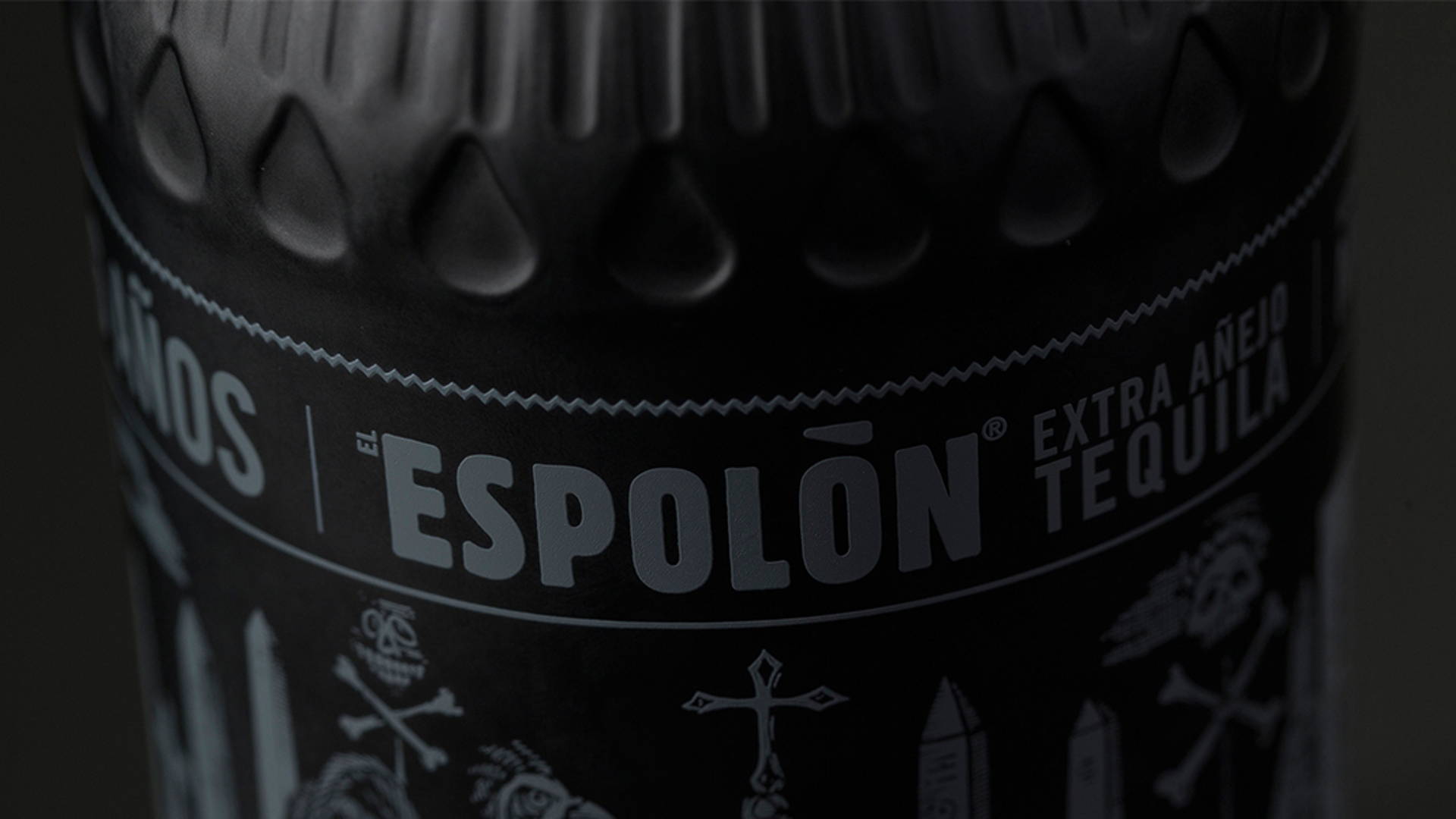 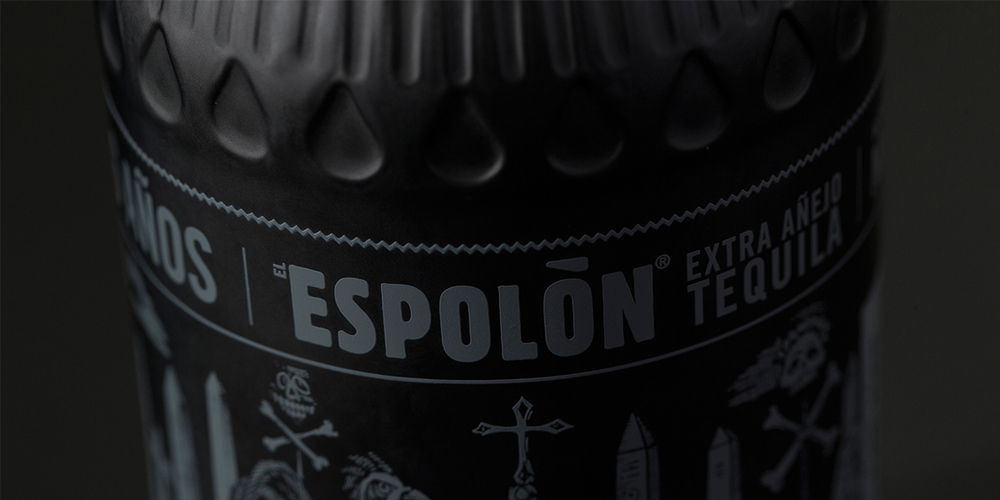 Espolòn Añejo X will bring the darkside out in you. With a limited edition all black bottle, this tequila screams sexy. Designed by BFG Communications, packaging for a small batch of aged Añejo tequila pays tribute to the ancient craft by using Barro Negro(black clay) as substrate material.

"Embracing the brand's use of illustrations inspired by Jose Guadalupe Posada, that tell genuine stories of Mexican culture, the concept of Resurrection was decided upon for this six-year aged product. The name Añejo X was chosen to designate the X-tra aging process, but create a bit of mystery around it." 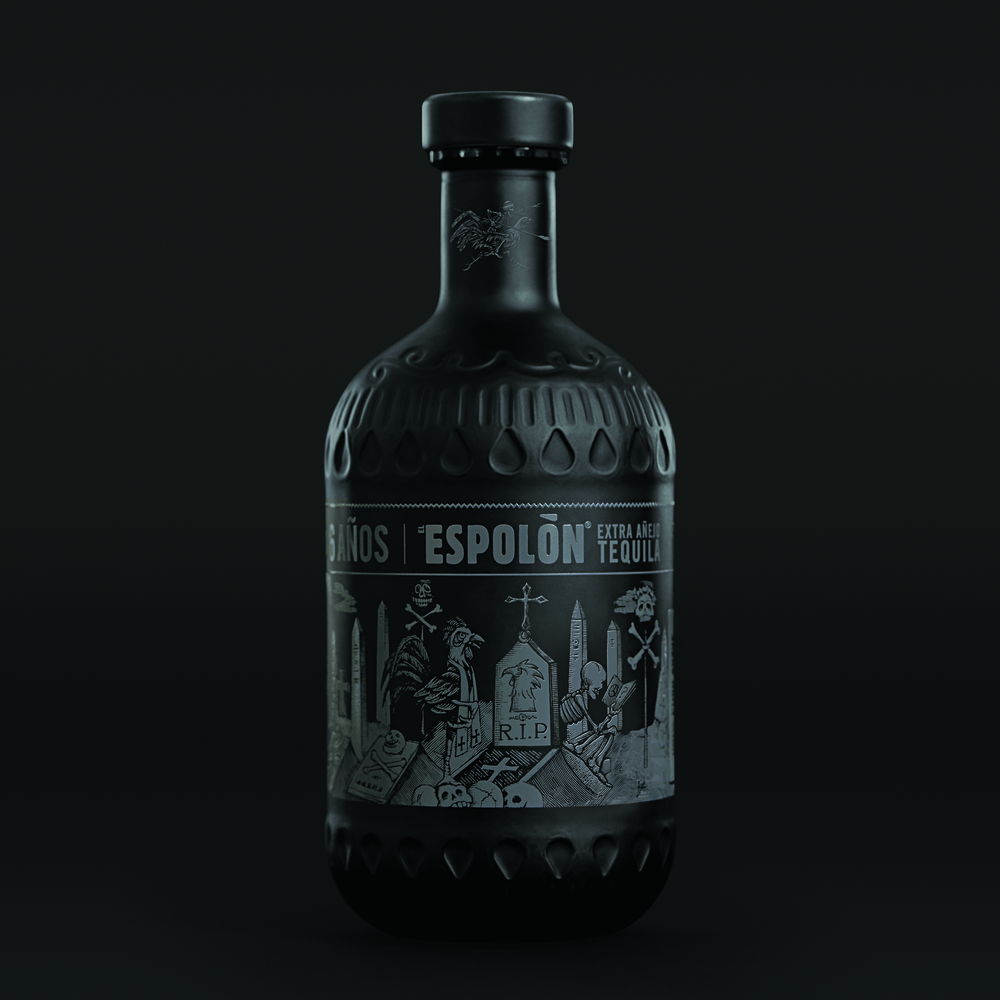 "Worked closely with Espolòn, the resurrection concept was translated into a bottle form that pays tribute to the traditional Barro Negro (black clay), and ancient craft that has seen its own revival to become a proud Mexican art form. The bottle was created from black glass, etched to emulate the rich, matte finish of the clay, and molded to showcase classic barro negro motifs along its shoulders and base." 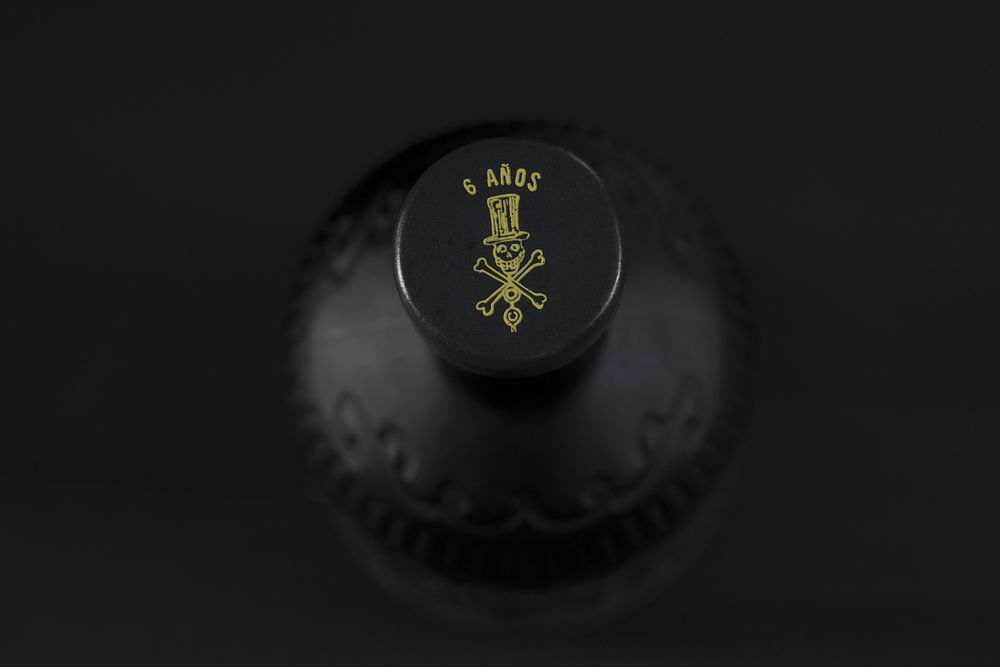 "To showcase the Mexican customs surrounding death and the afterlife, a spirited cemetery scene was utilized that depicts the calaveras (skulls) quietly celebrating the departed souls, while the rooster, Ramón, stands in vigil. This imagery, along with all the labeling details were printed directly onto the matte glass bottle utilizing ceramic inks. The final product is a fitting vessel for a truly special tequila. Launched under the theme of ResurreXion, Añejo X became available in June of 2016, and is available until the limited supply is exhausted." 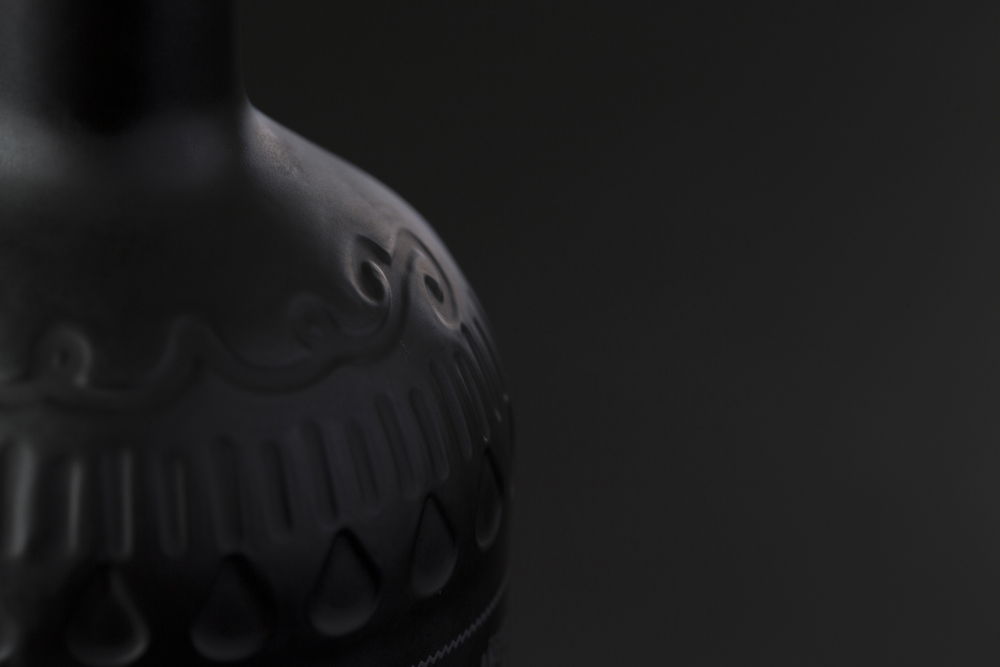 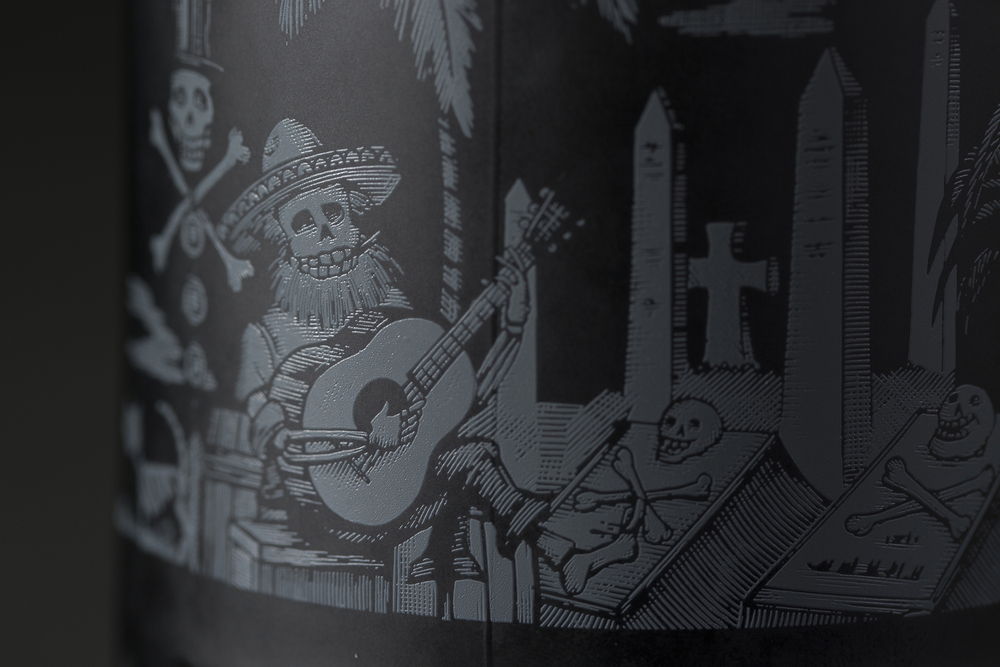 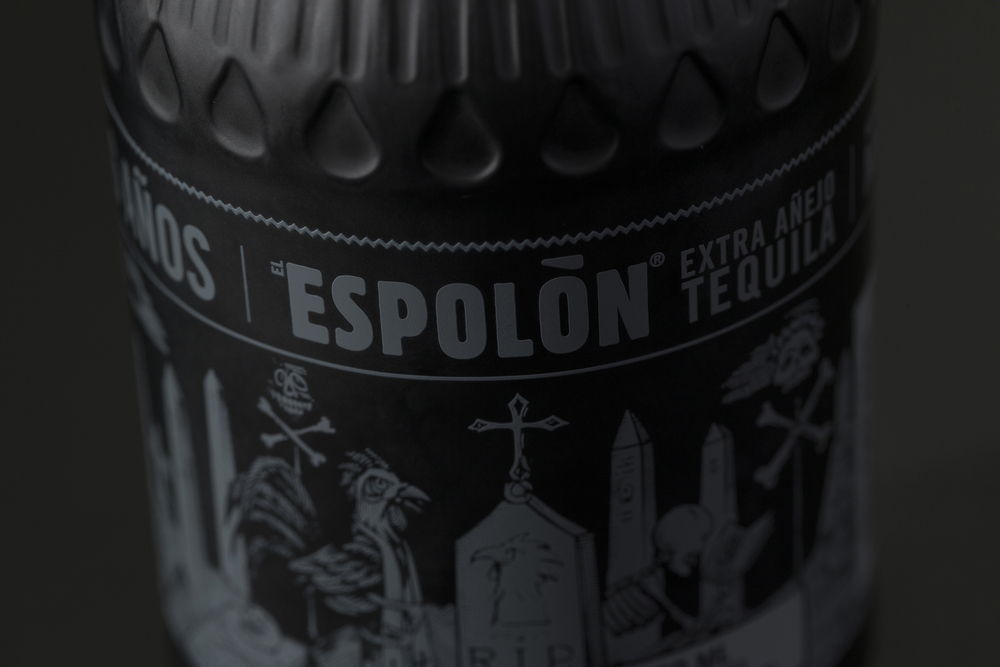 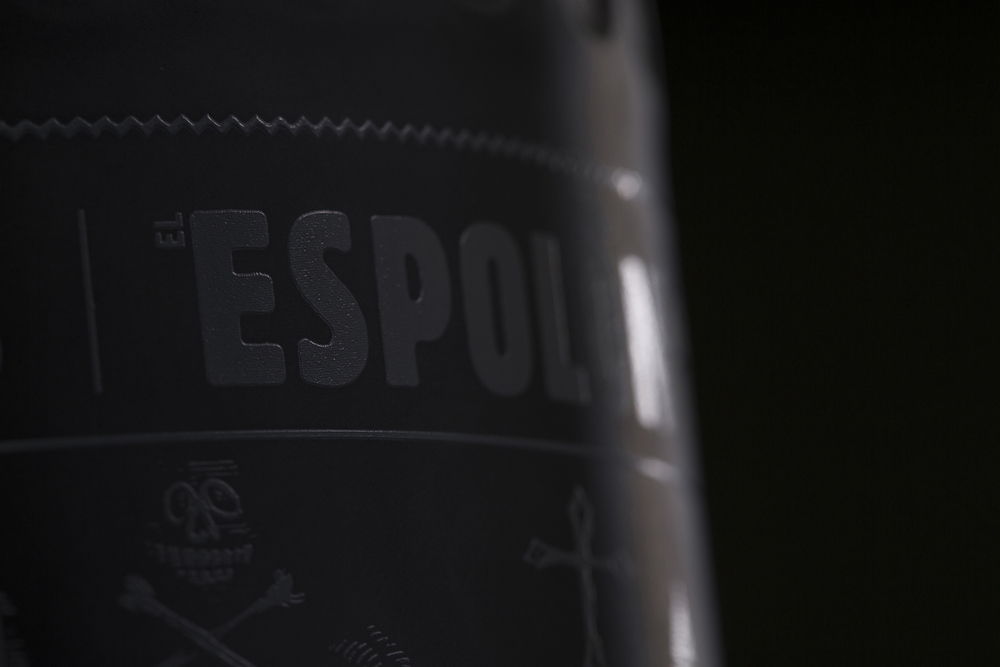 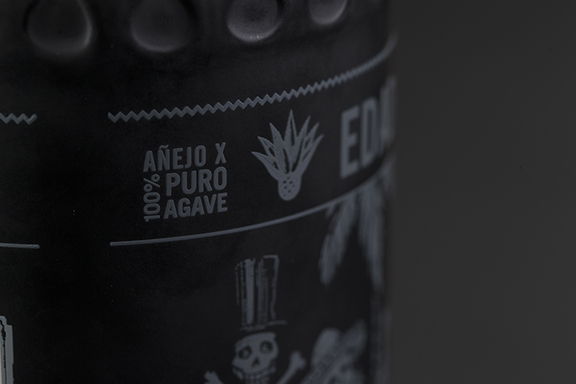