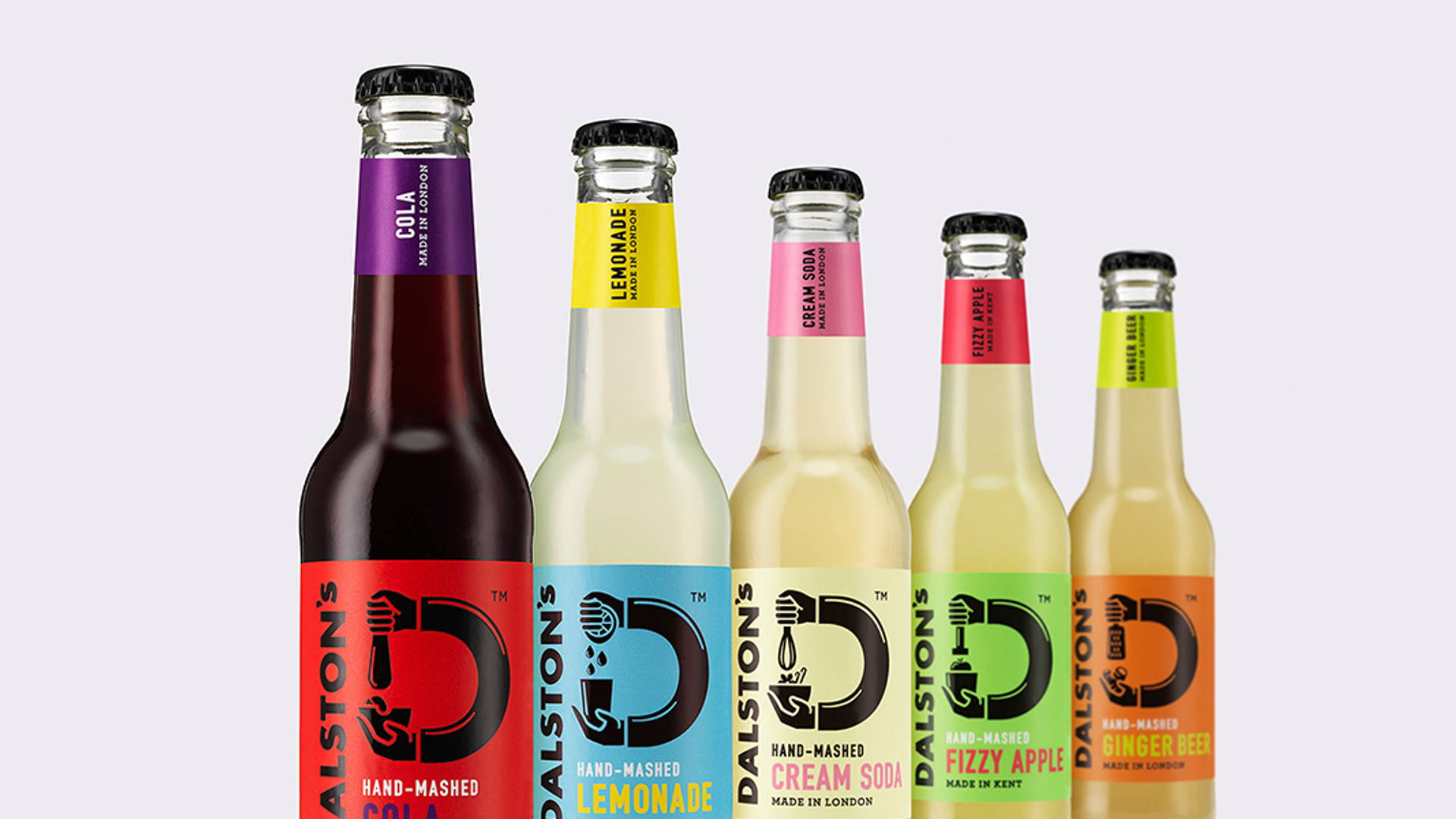 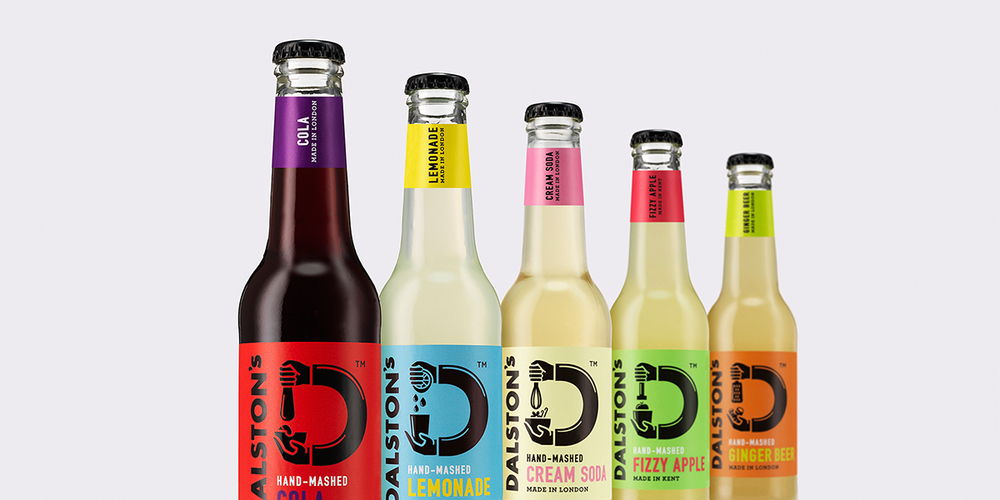 The Dalston Cola Company has unveiled a new visual identity by B&B studio, as it seeks to move from niche, craft drinks company, to established brand. Handmade in East London, from 100% natural and locally sourced ingredients, Dalston’s tasked B&B with creating a new visual identity, to create a solid brand proposition. B&B has retained some of the rawness of the original brand by elevating the local ‘hand mashed’ story to express what is special about the range of soft drinks and to make the ingredients the hero. 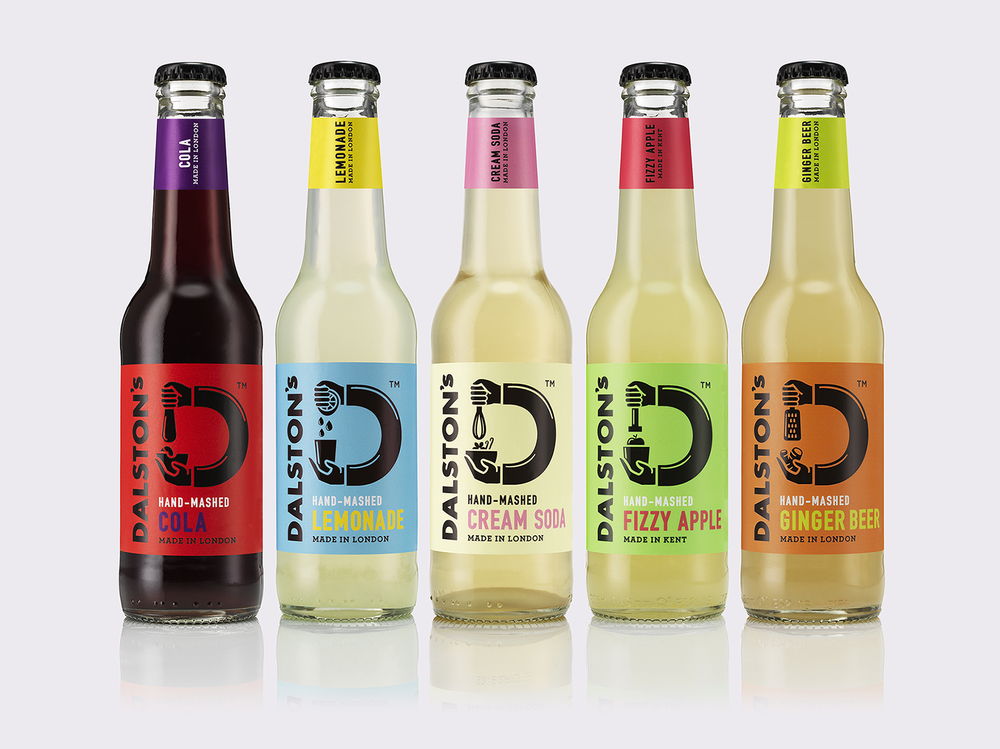 Edgy yet desirable Client Partner at B&B, Kerry Bolt says: “There was a balance we had to strike. We wanted to retain some of the raw, edginess of the brand, what makes it exciting, but also express its expert credentials in an interesting way. This would elevate the brand proposition and get it out there. We also wanted to be truthful to the original product and to the passion behind the brand which puts the ingredients first, without conforming to tiresome craft clichés.” Hand mashed Creative Partner at B&B, Shaun Bowen, says: “The new identity had to express what is amazing about the product – the care and attention that goes into each bottle. We were able to highlight the brand’s hands-on process through the logo rather than layering on overly reassuring handmade messages. “The colour palette was equally important as we wanted vibrant, modern, eye-catching colours, but we also wanted to ensure we didn’t lose any of the naturalness of the product.” 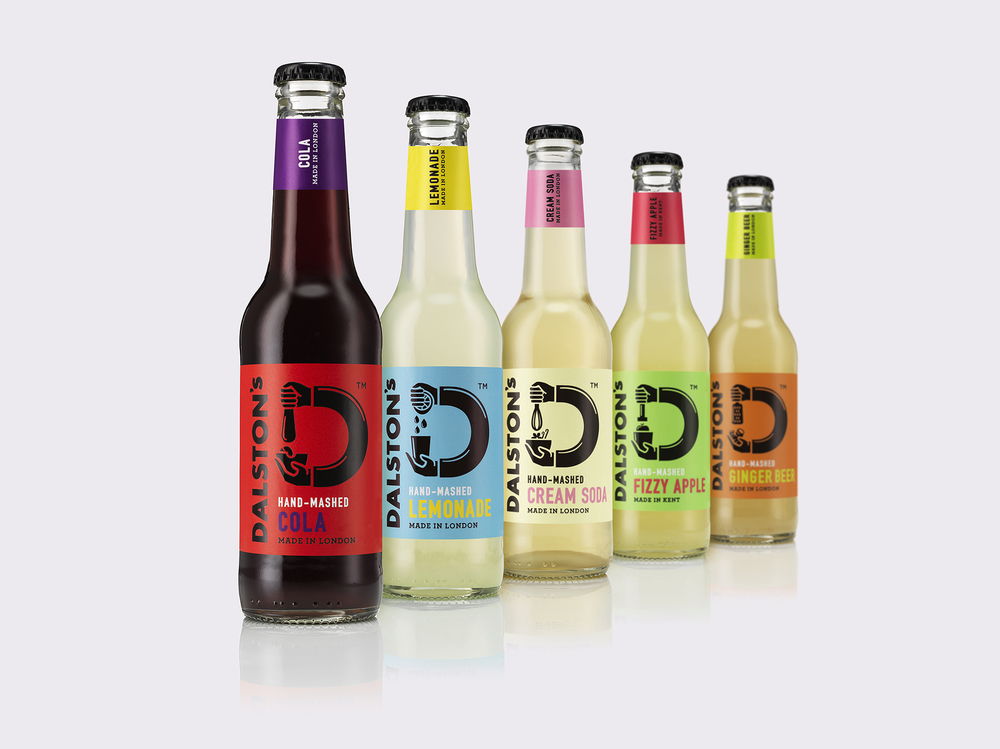 Made in LondonSix labels were created for the range, each with its own twist on the ‘hand mashed’ D of the Dalston’s logo and its own cheerful colourway. In Dalston’s lemonade, the hand is squeezing a lemon, whereas on the ginger beer, the hand is seen grating ginger. The brand is also clearly ‘made in London’ and the tactile label, which curves around the bottle in a ‘D’ shape, tells the story of the brand and highlights the natural ingredients sourced from Ridley Road Market, Dalston.

Dalston’s Founder Duncan O’Brien adds: “B&B’s approach has made Dalston’s feel more like a matured, established brand, while retaining its hand-made, edgy feel. The design, which ignores the obvious craft messages, will really help it stand out from its competitors.”

The Dalston Cola Company was launched in 2012 by Duncan O’Brien. The range includes six low-sugar variants, including cola, sugar-free cola, lemonade, ginger beer, cream soda and fizzy apple (the only one not made in East London, but on-site at the Kent orchards). Dalston’s is currently sold in independent stores and selected bars and cafes. 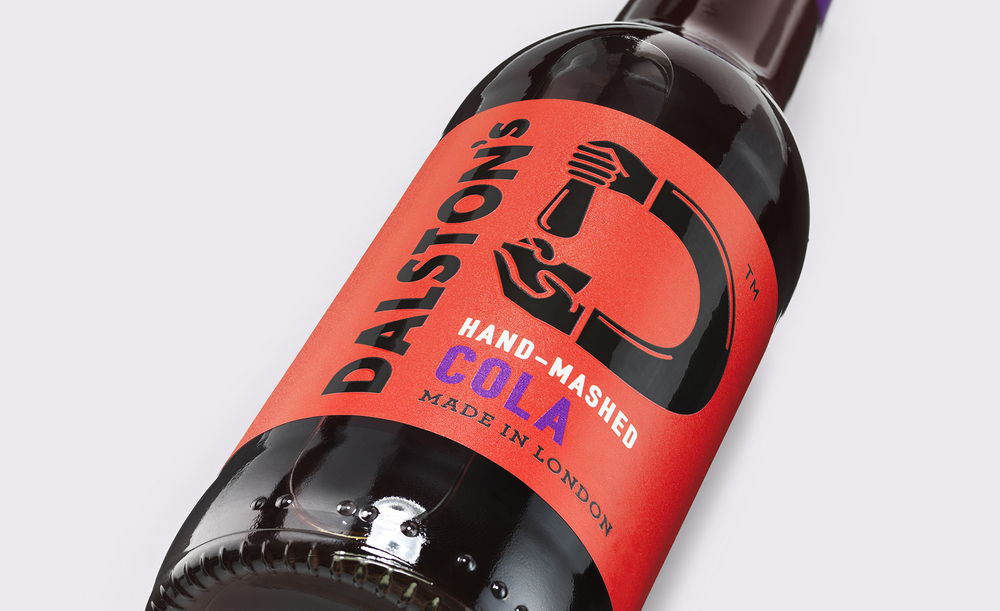