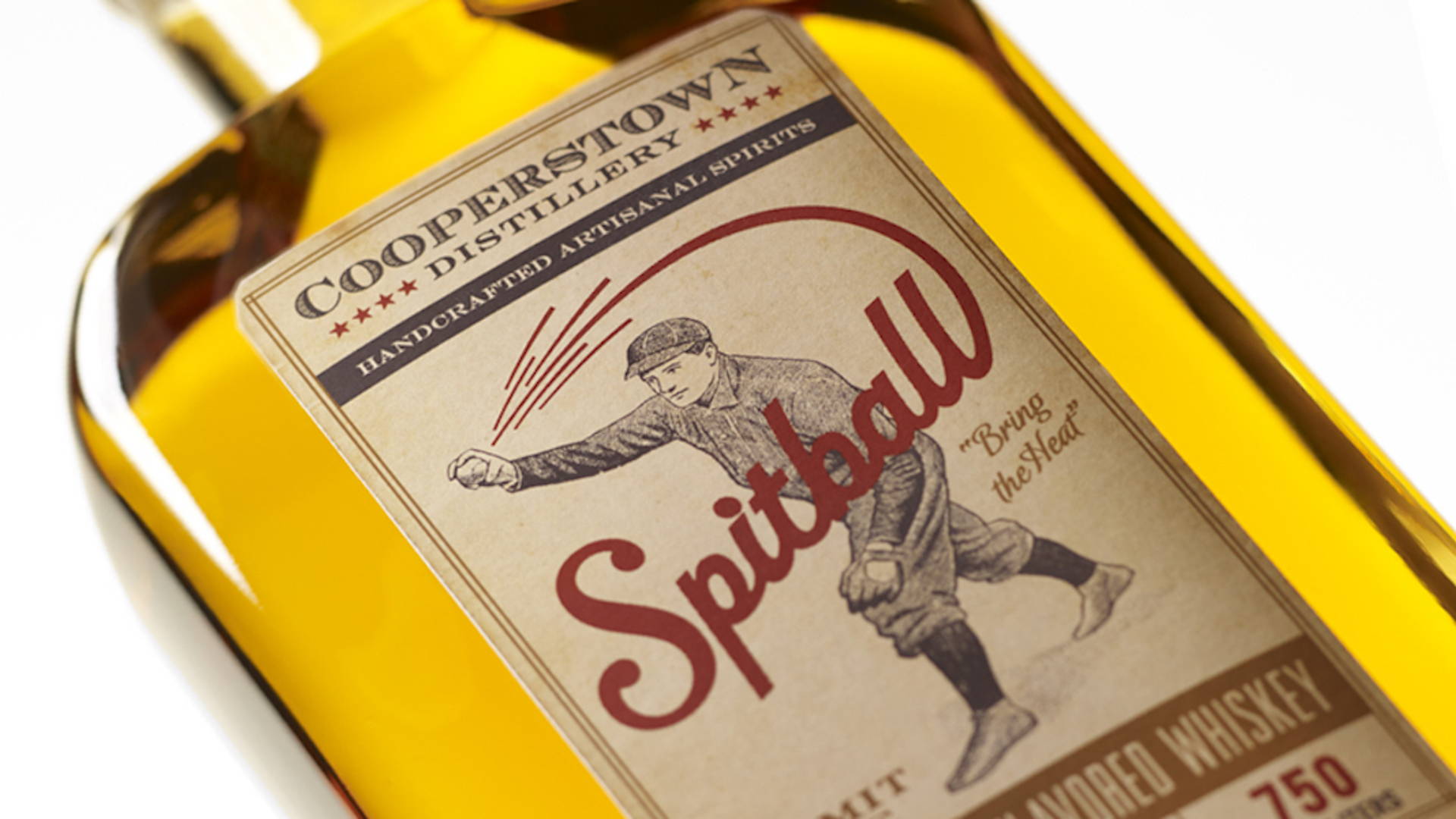 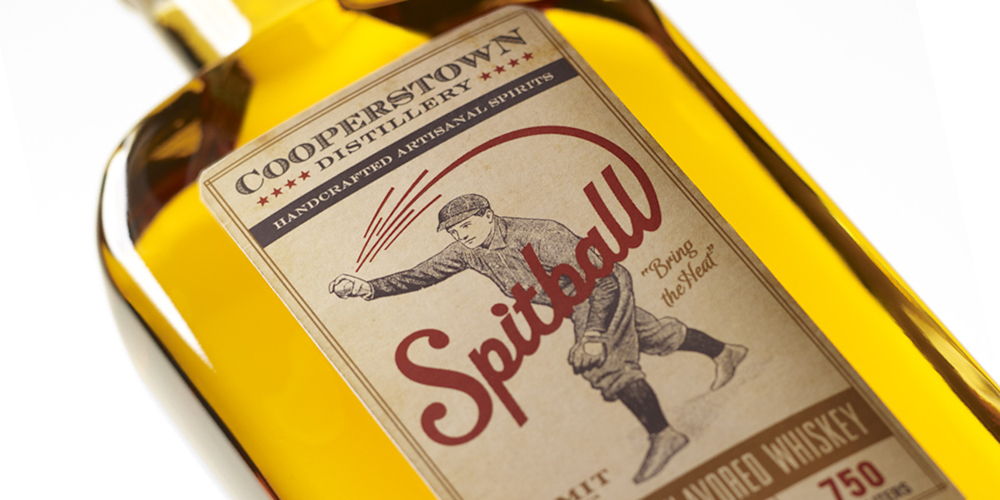 If you like your whiskey to bring the heat, then step up to the plate and try Spitball Whiskey. Pavement designed the packaging for this bold and intense cinnamon-flavored whiskey variety.

“Designed by Pavement, Spitball Cinnamon Whiskey was launched by Cooperstown Distillery to commemorate the start of the 2016 Major League Baseball Season. The distillery, based in Cooperstown, New York, the home of the National Baseball Hall of Fame, has a heritage or baseball-themed spirits brands intended to attract the flocks of diehard baseball enthusiasts who visit the small Upstate New York town each summer. Spitball is no exception.” 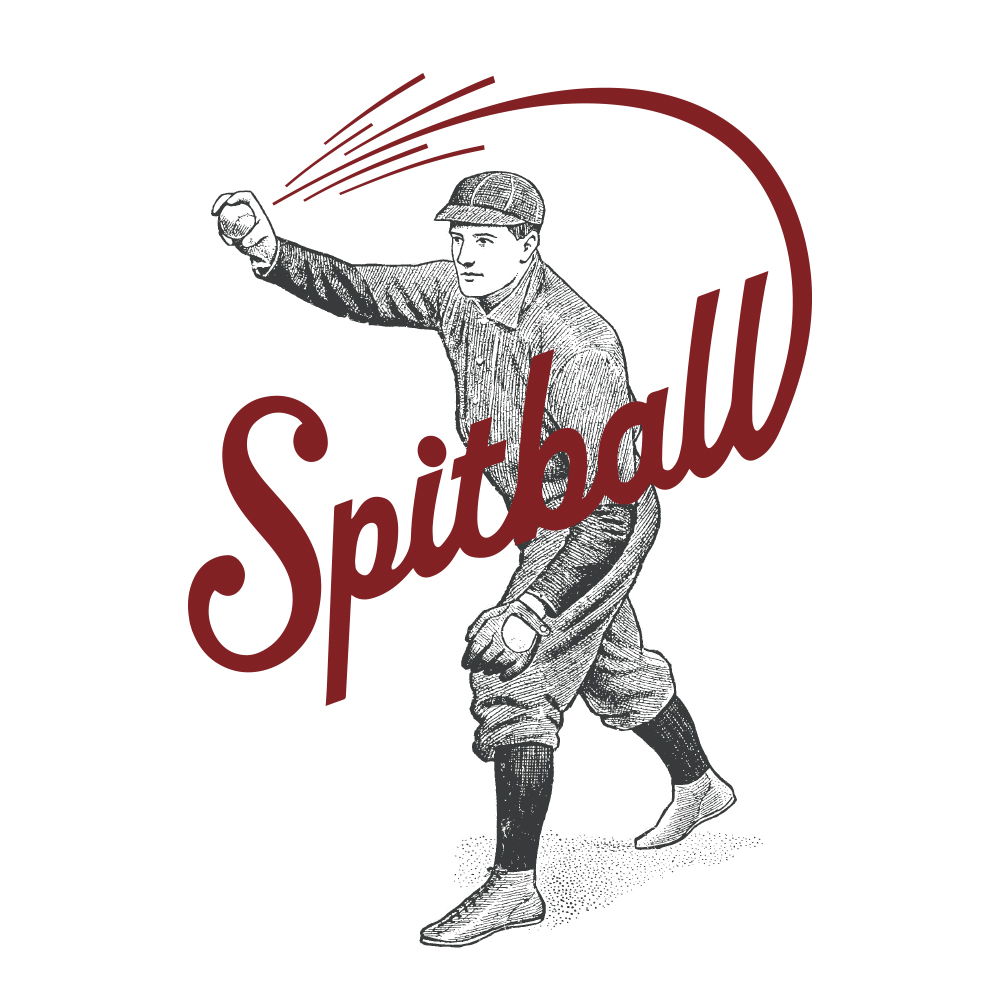 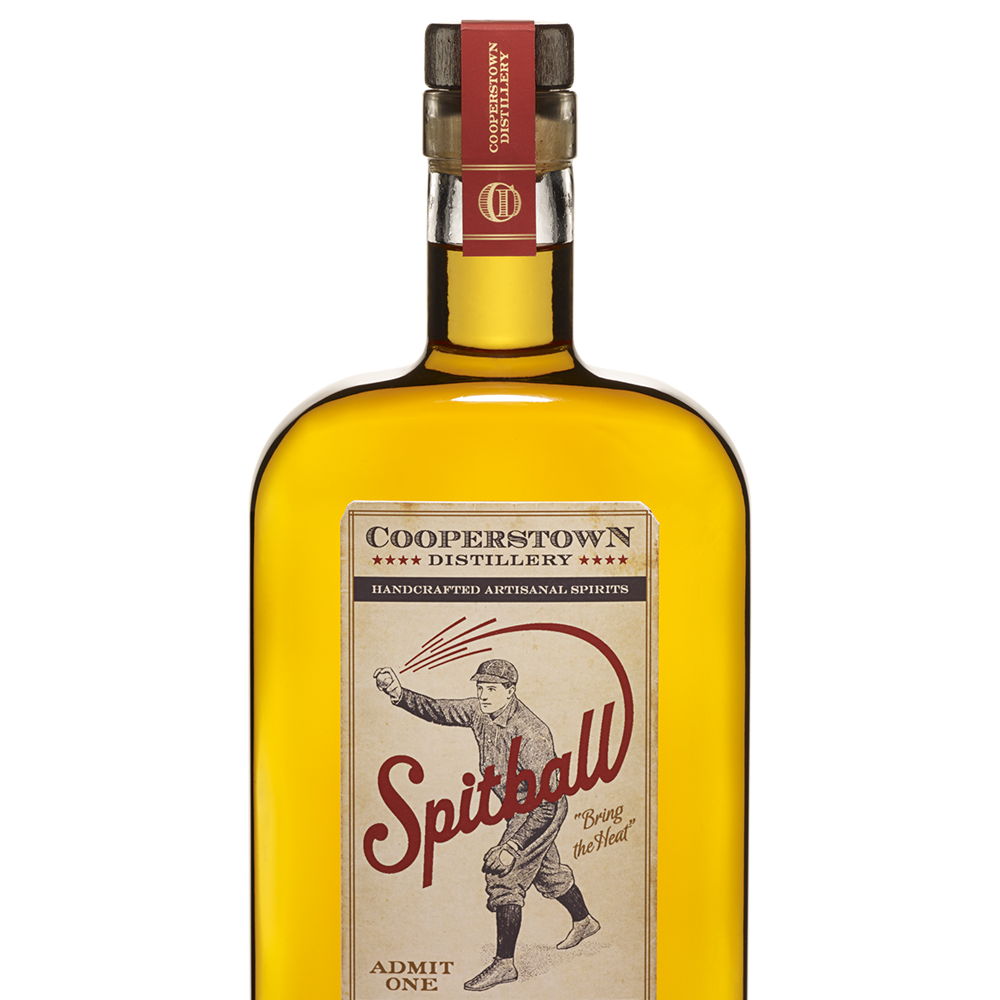 “Named after the infamous and illegal baseball pitch of the same namesake, Spitball will ‘bring the heat’ with a spicy cinnamon-flavored kick that is unparalleled by other cinnamon-flavored whiskeys in the marketplace. Inspired by the artwork of vintage baseball memorabilia such as tickets stubs and baseball cards, the identity and package design theme quintessentially matches the historical charm of baseball, America’s favorite pastime, and the small town that Cooperstown Distillery calls home.”

Lovers of vintage style and baseball memorabilia will enjoy the packaging for Spitball Whiskey, which captures the nostalgia of America’s pastime. A weathered, yellowed label and fiery red text give Spitball the feeling of age, and a detailed image of a baseball pitcher in a 50s uniform helps to complete the look. The final “l” in the Spitball name curves around to give the ball in the pitcher’s hand motion. The top of the bottle is sealed with a Cooperstown Distillery sticker over the cap, with a lovely red and gold that match the hues of the whiskey and text. 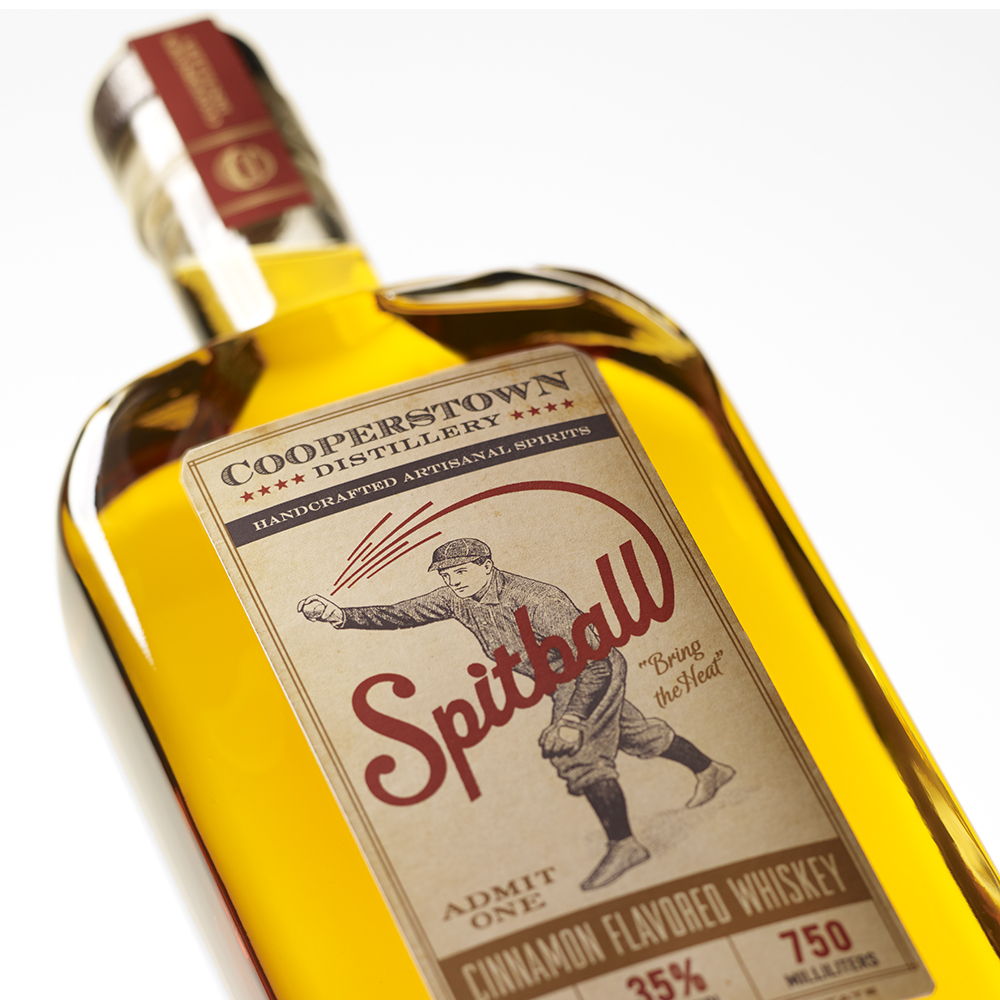 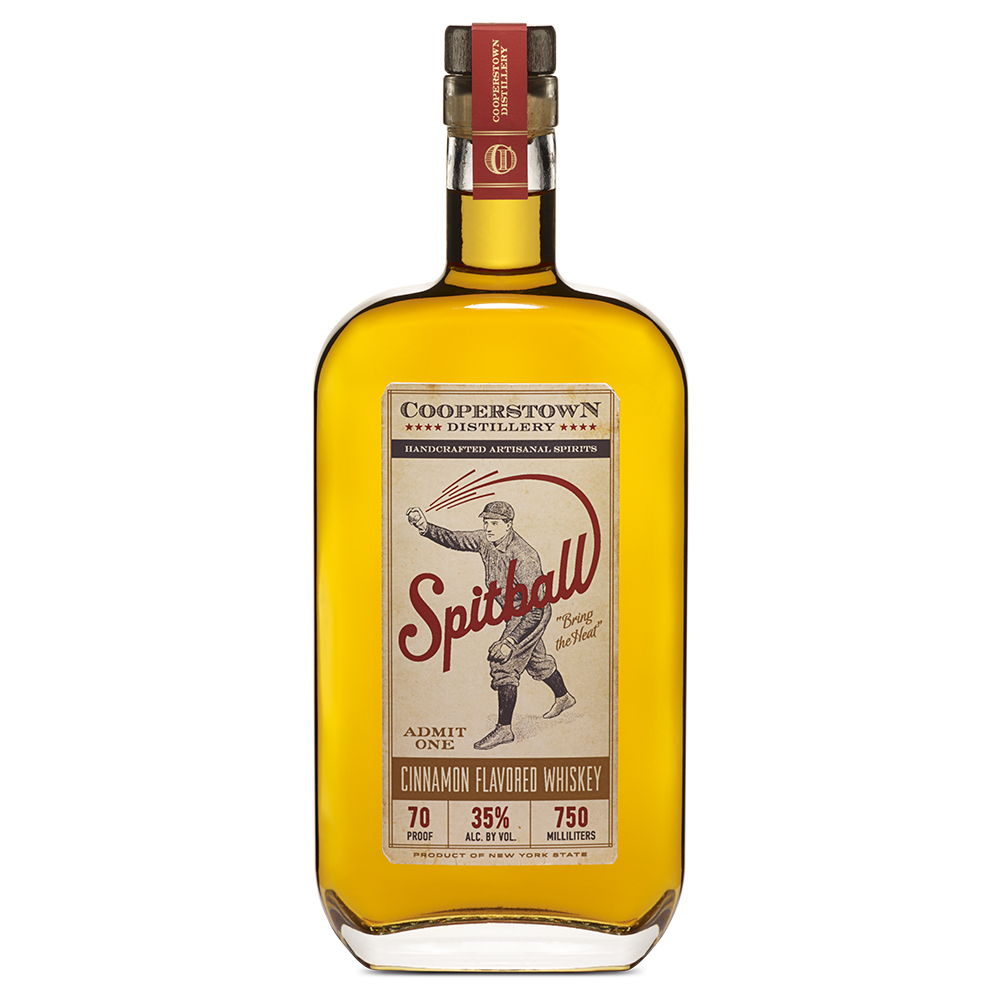