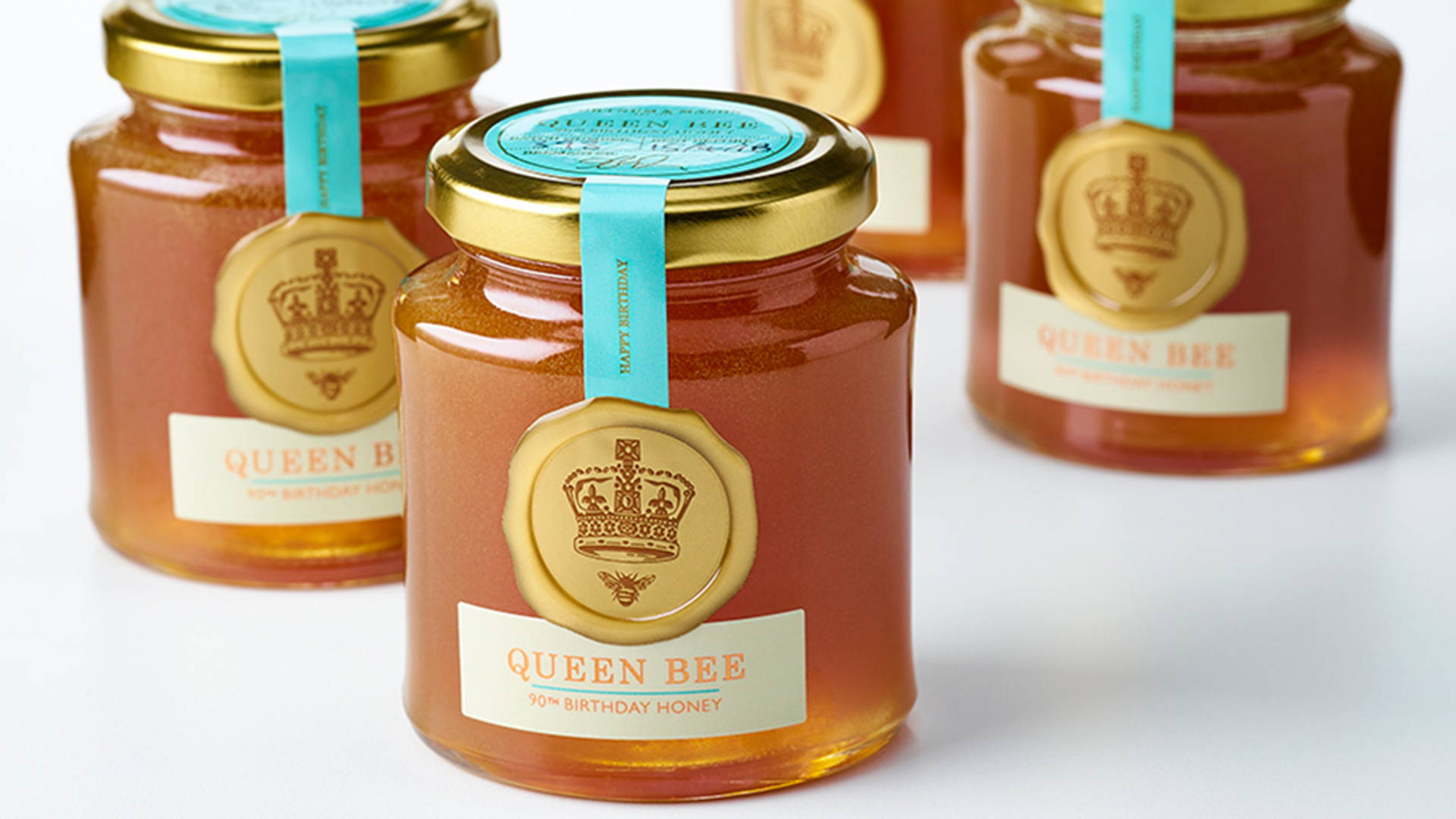 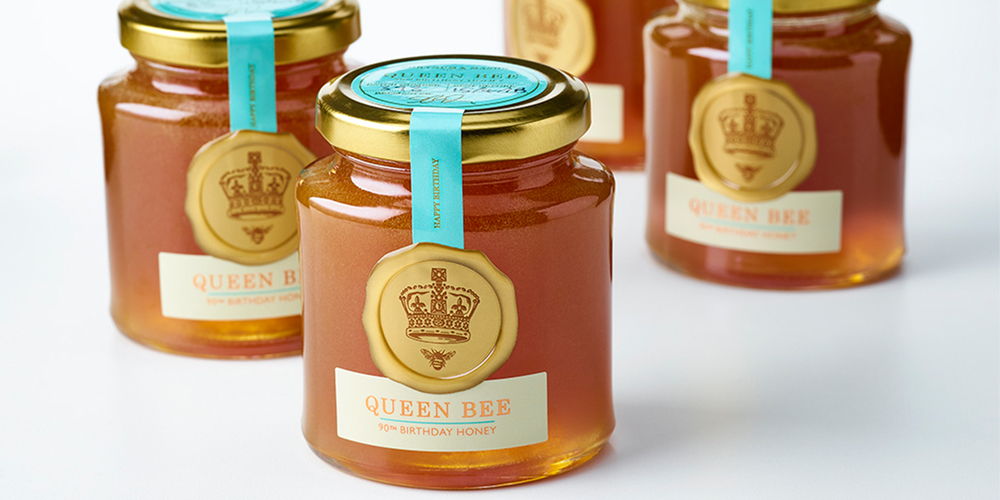 Independent brand design agency Design Bridge are delighted to announce details of the design they have created for Fortnum & Mason ‘Queen Bee’ honey, a limited edition Ling Heather honey specially harvested to honor the Queen’s 90th Birthday. Building on their previous work across Fortnum & Mason’s full range of honey, Design Bridge have created a special golden seal for the limited edition run of 1,500 jars to give the honey the royal treatment it deserves. 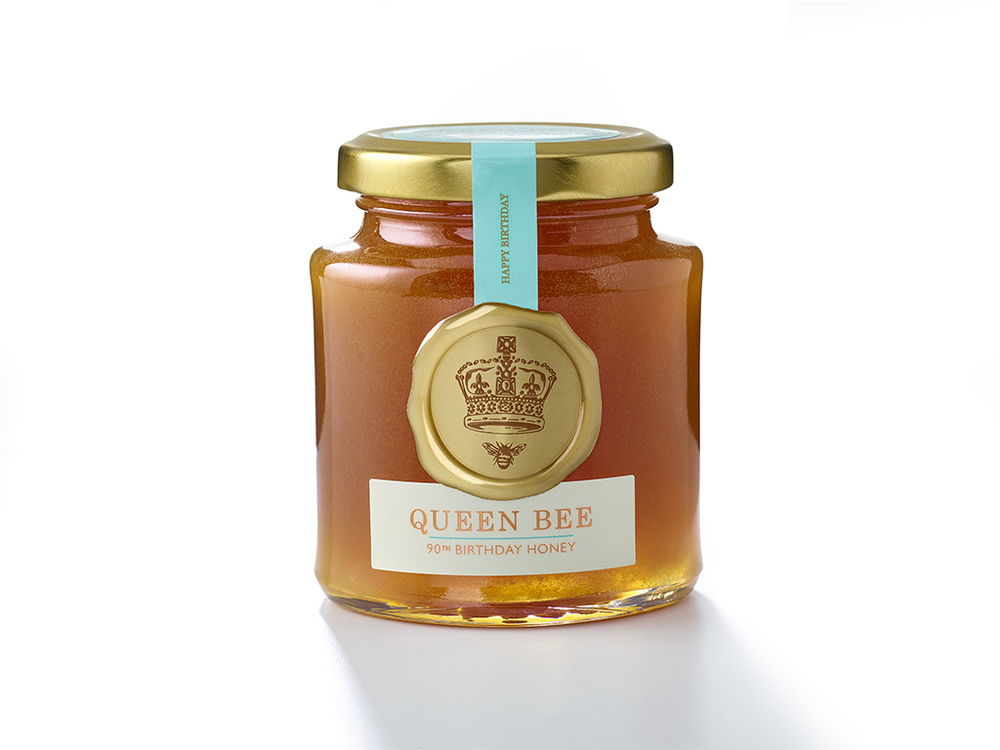 Chloe Templeman, design director at Design Bridge, commented “We developed a gold resin seal with specialist label printers to emulate an authentic beeswax seal. It was a technical challenge to create the textured, built-up design and have it wrap so neatly around the curve of the jar, but we’re thrilled with how special and regal it looks and feels.” The seal bears an embossed illustration of Fortnum & Mason’s honeybee logo and the Queen’s official coronation crown, re-drawn by Design Bridge specially for the occasion. Accompanying the seal are the words ‘Queen Bee 90th Birthday Honey’ printed in coppery-gold metallic ink on a mild cream paper, warm colours that complement the hue of the honey, and an Eau di Nil tamper seal with the message ‘Happy Birthday’. 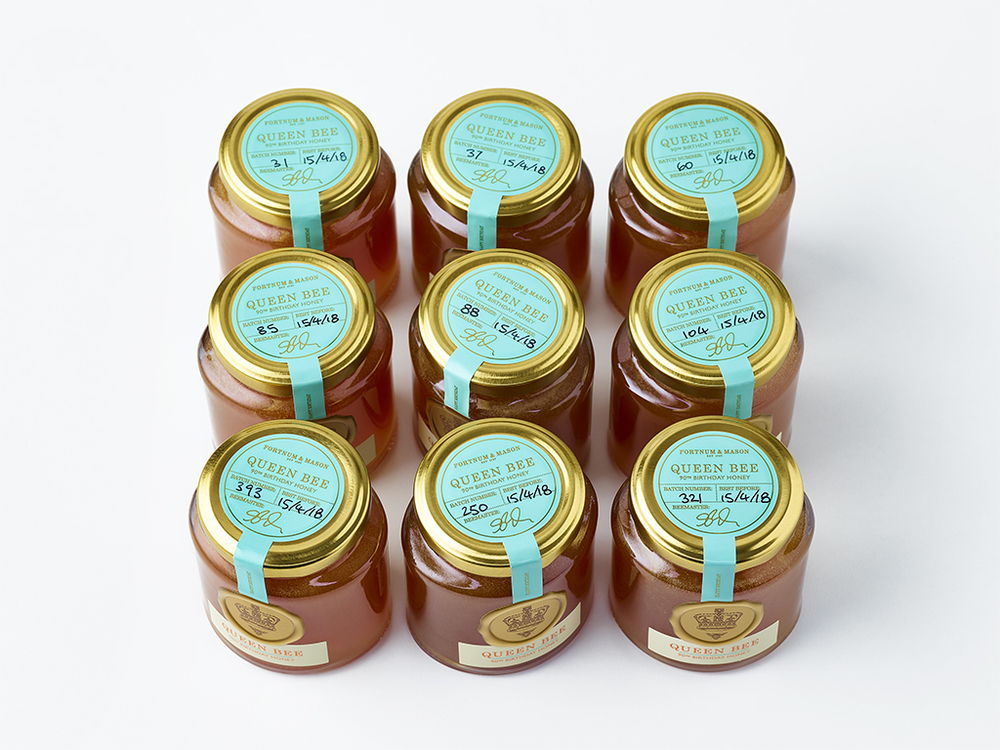 On the back of the jar, Design Bridge have written copy to elevate the royal, celebratory feel of the design and the occasion, while also describing the deliciousness of the honey: ‘… a taste that strengthens with age, much like the lady in whose honour it is produced.’ 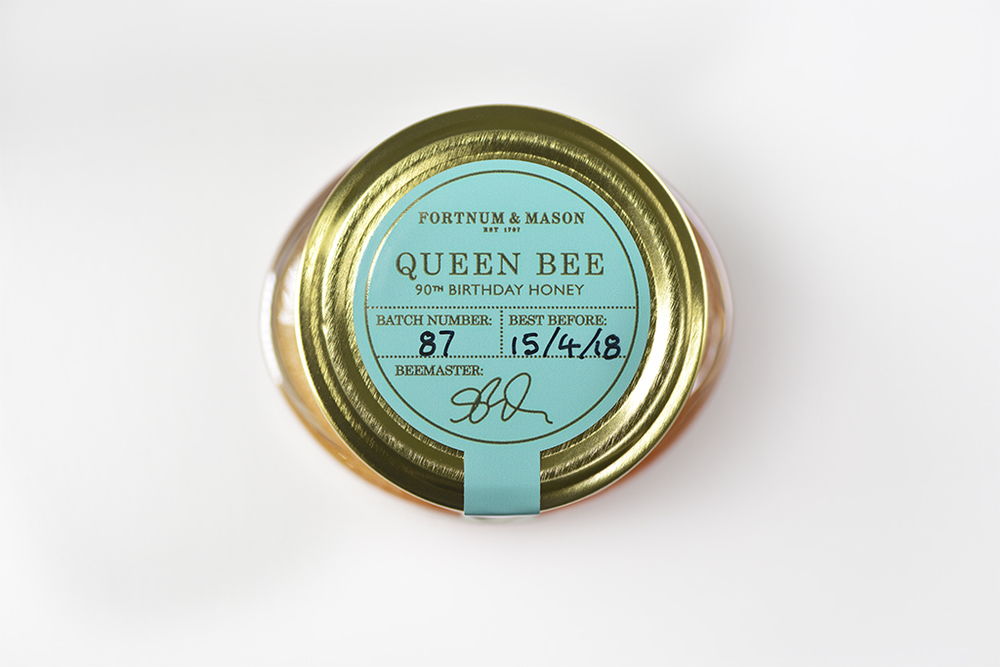 Fortnum & Mason’s master beekeeper meticulously assembled and applied the set of four labels on each of the 1,500 jars before handwriting the batch and unit number on the lid and signing each one to confirm its authenticity. The result is an extra special and carefully crafted jar, fit for the Queen, that matches the superior quality of the Ling Heather honey. Yvonne Isherwood, Design and Packaging Manager at Fortnum & Mason’s, commented, “We’re truly delighted with Design Bridge’s work creating the designs for our special edition ‘Queen Bee’ honey. The golden seal on the jar tells the story beautifully and elegantly and we hope Her Majesty gets to sample some as part of her 90th birthday celebrations.” 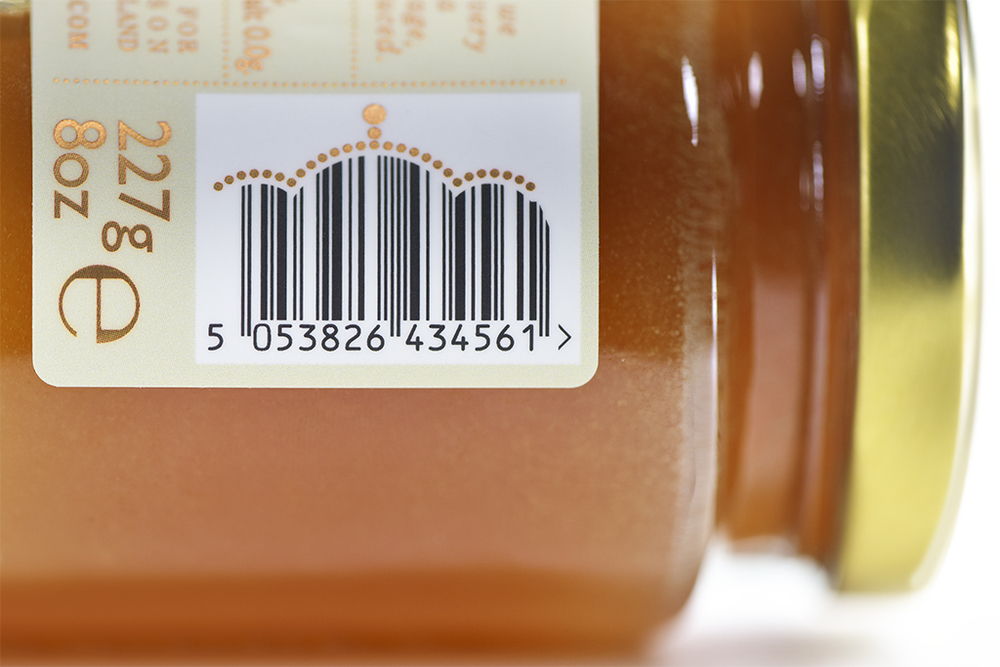