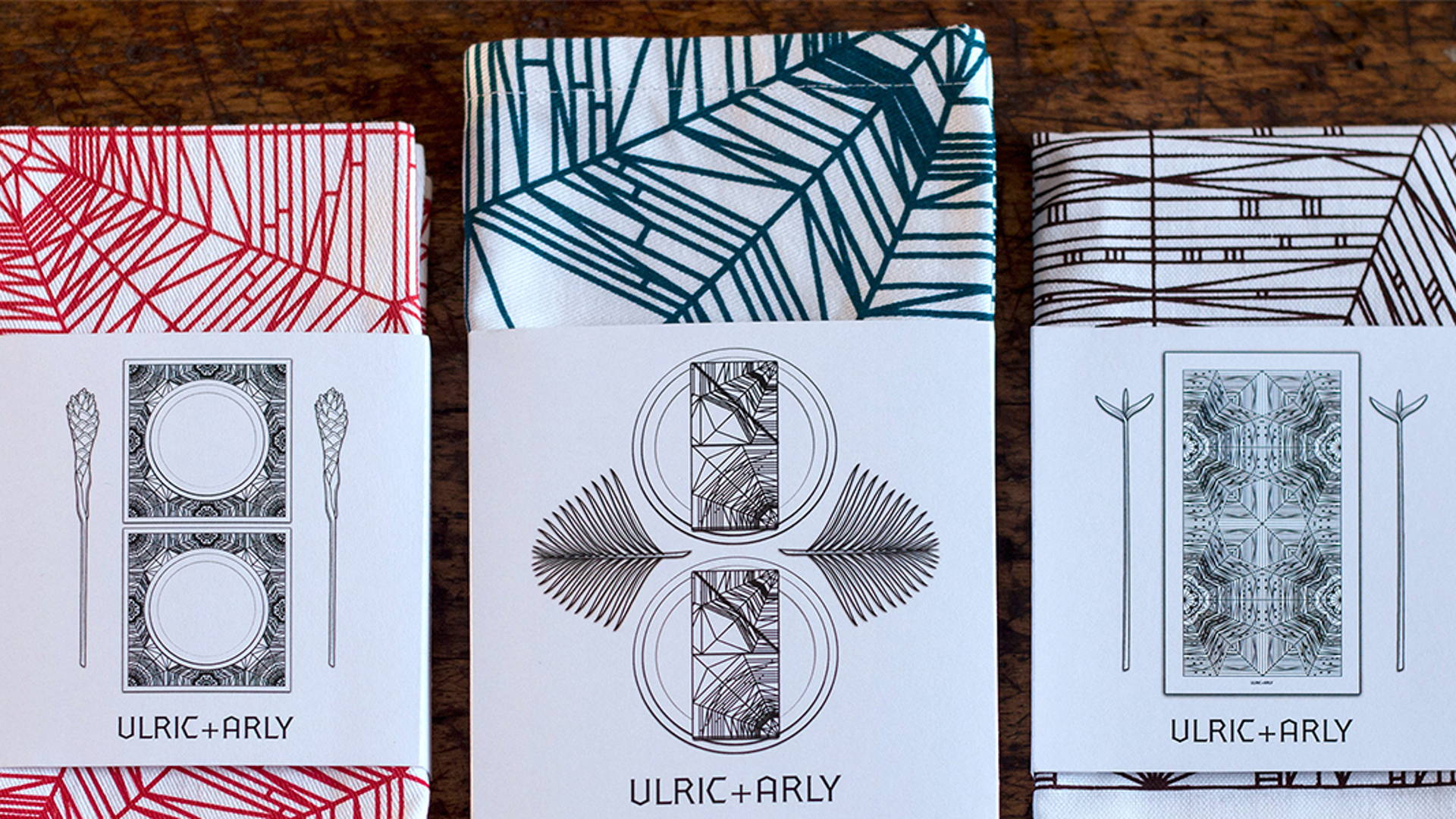 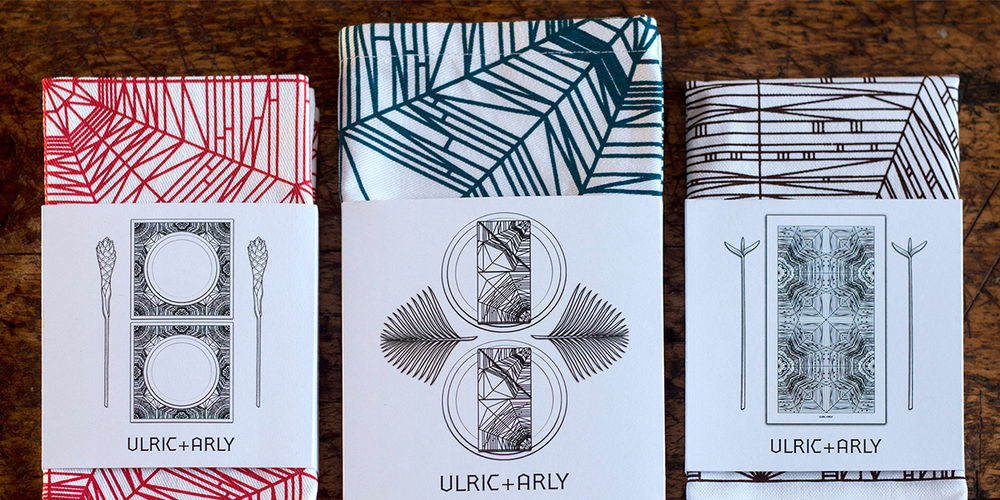 Ulric + Arly is a Barbadian textile studio founded by artist Mark King. He named the company after his grandfathers, one of whom was a teacher, and the other who was a blacksmith. Ulric + Arly produces housewares – napkins, placemats, and tea towels – featuring patterns that are coded with secret messages. "In executing the packaging, I felt I needed a design that puts the focus on the products because the patterns on the textiles are so stunning. My primary goal was clarity, making it easy for someone to know at a glance what is contained in each of the packages." 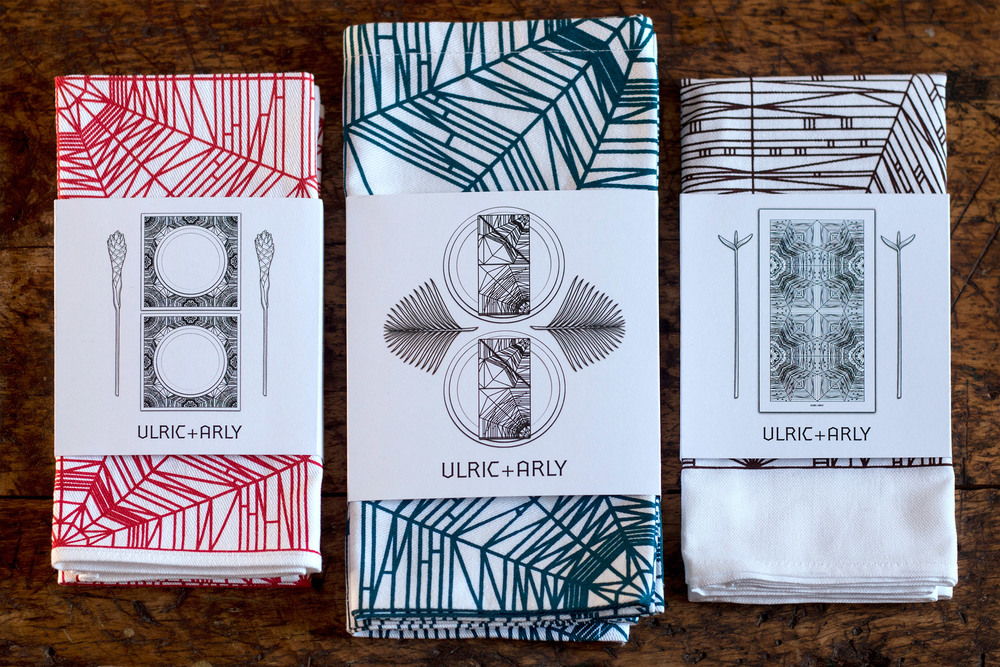 "In doing my initial research, I found that housewares packaging doesn't often show the products in context. This seemed like an opportunity to differentiate Ulric + Arly by showing beautiful table settings rendered in a clean, minimalist way. 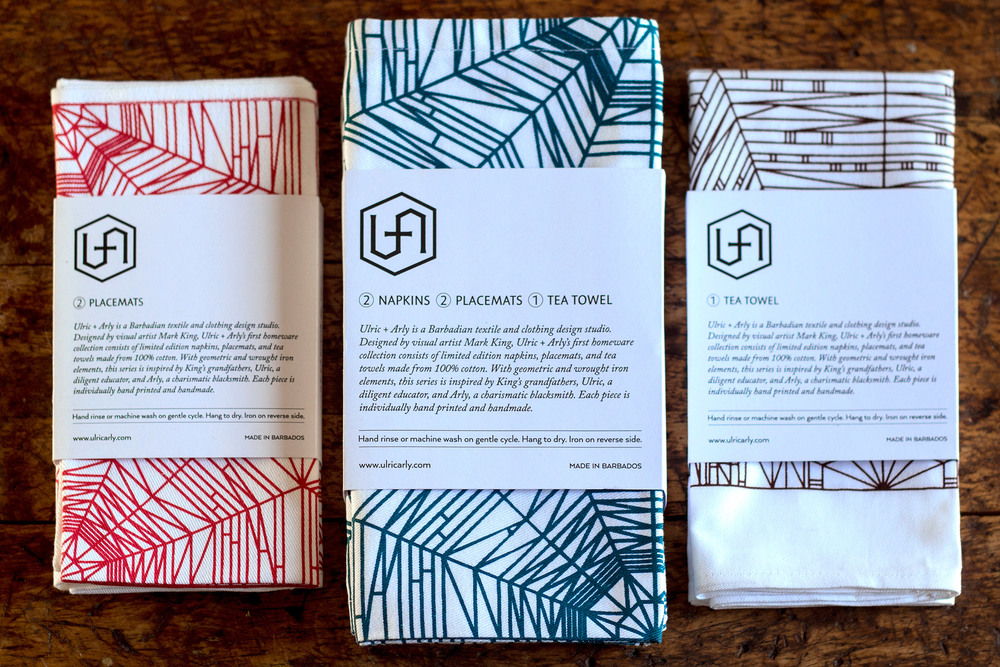 Symmetry is an important part of the elegance of Mark's patterns. If a package design had too much negative space, I added botanical illustrations to restore balance. The illustrations feature plants found in Barbados.""I also designed Ulric + Arly's logo, drawing inspiration from the mathematical precision of Mark's work and his grandfather Arly's blacksmithing background. The letters are sturdy, yet elegant. They're constructed with straight lines, so it's easy to conceive of them being built out of metal. Ulric + Arly's first line, with messaging about the global financial crash of 2007, is available on their website. They'll be expanding to shops in California in the fall of 2016." 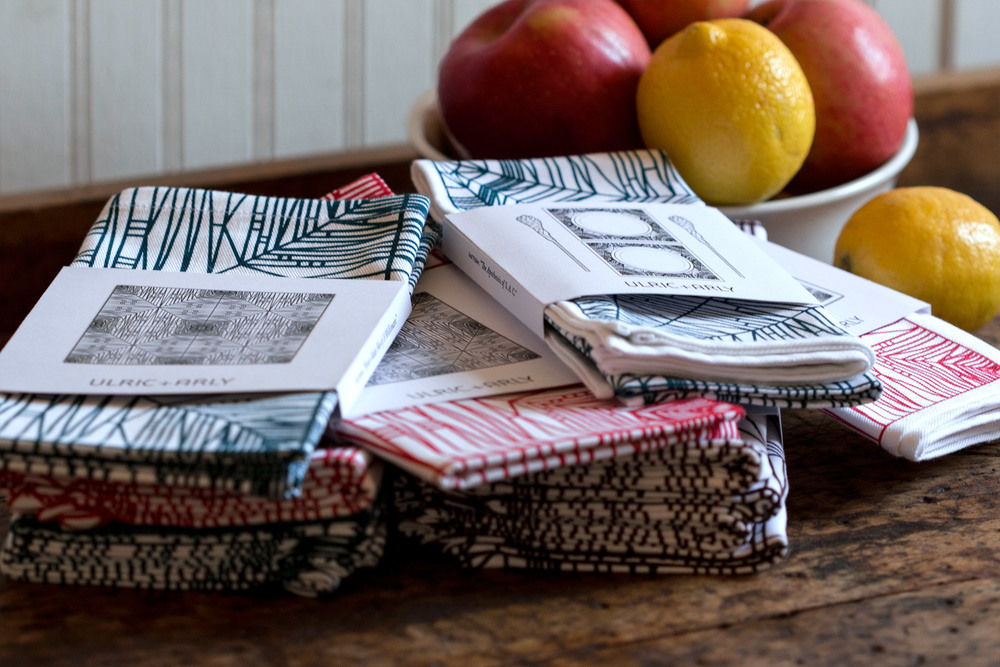