Fictions is the newest addition to Anthropologie’s fragrance assortment. Combining the arts of perfumery, storytelling, and illustration, the exclusive fragrance collection debuted this year with three scents: PARIS: SHE MET HIM IN SECRET; LONDON. SHE KNEW HE WAS FOR-EVER, and L.A. SHE CALLED BUT HE WAS UNREACHABLE. 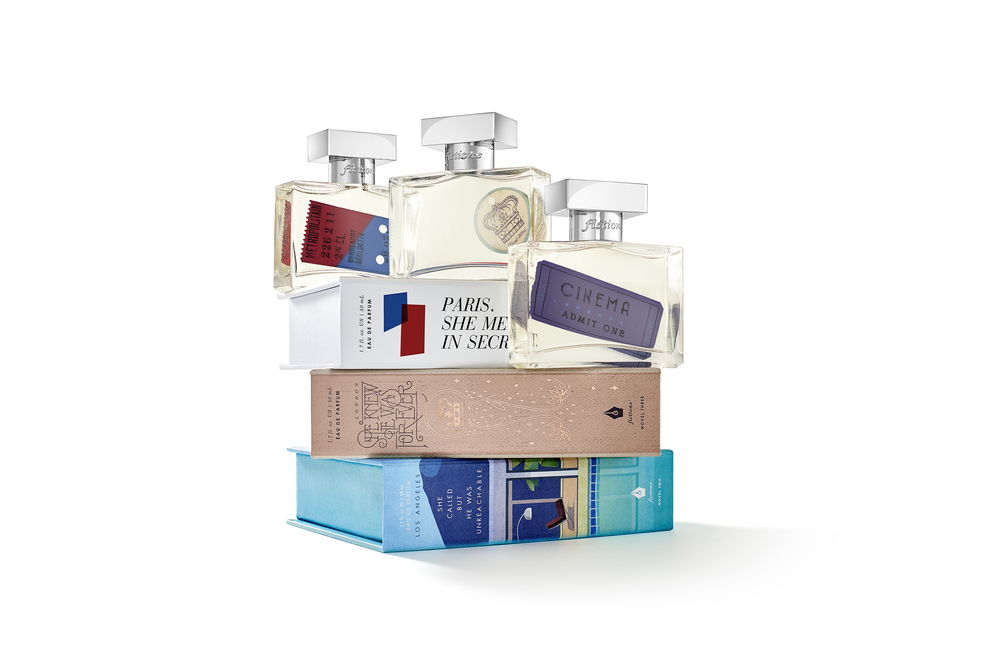 Fictions asked remarkable creatives to conjure the scent and story of a woman in love. Intriguing, collectible and eminently wearable, our first editions are set in the iconic cities of Paris, London and Los Angeles. Each is a journey of the senses, inspired by a breadth of emotions - unauthorized, unconditional and unrequited. The brand’s premier editions tell three stories authored by remarkable pairings of perfumers and illustrators. Their creative talents led to the realization of distinct yet equally intriguing romances. The titles’ clever design make them even more irresistible. Each eau de parfum is presented as a book. The bottles’ labels are romantic trompe l’oeil mementos of their respective love affairs—a metro billet, a tea tag, a movie ticket stub. Bookmarks introduce the stories behind the stories, the backgrounds of the scents’ illustrators and perfumers. 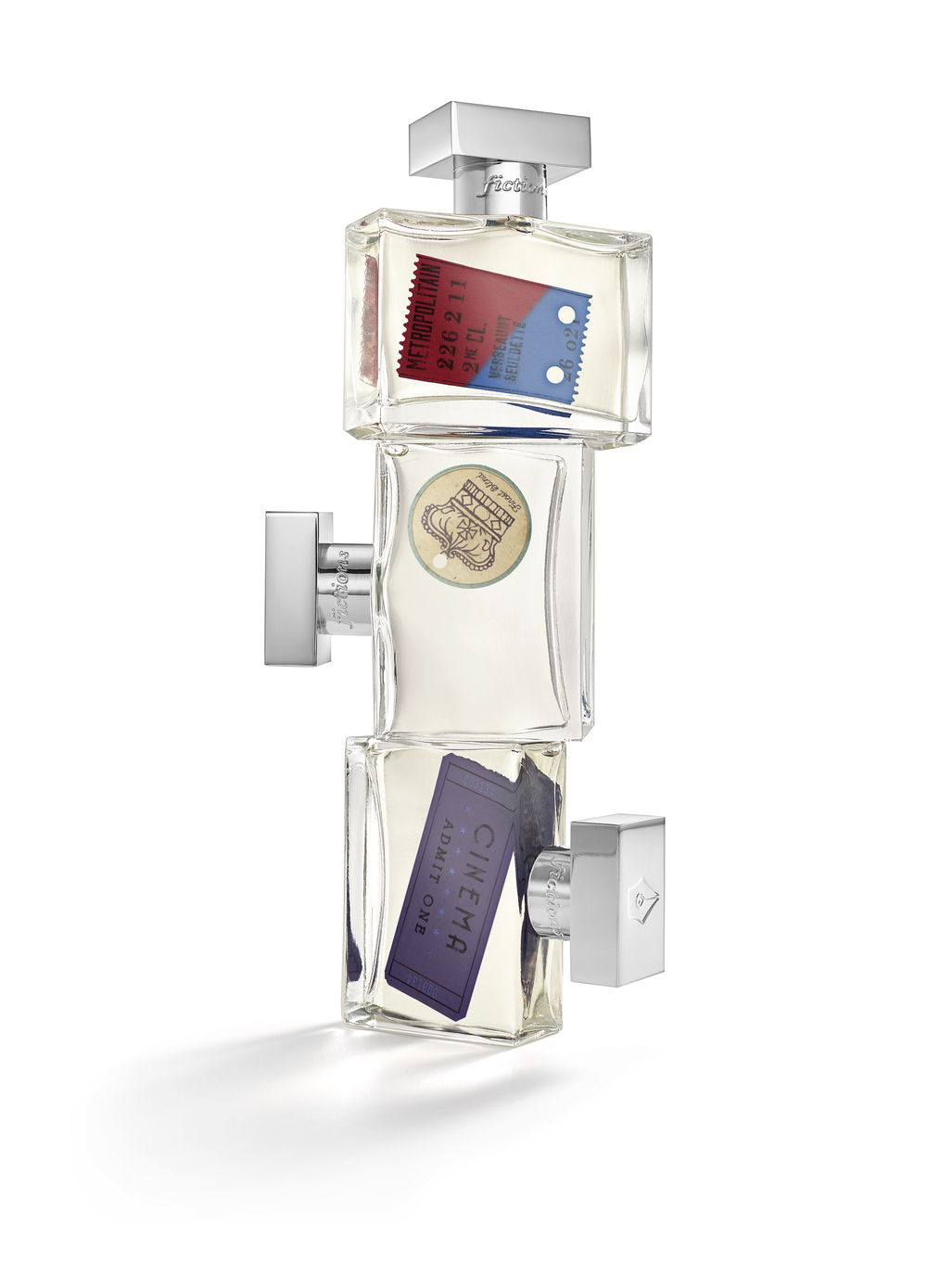 PARIS: SHE MET HIM IN SECRET is an exploration of unauthorized love created by perfumer Alexandra Monet and illustrated by Casey Shagena. The scent is classified as a floral chypre fragrance, characterized by a contrast between fresh floral notes and a deep, sensual dry down.ILLUSTRATOR: CASEY SHAGENAAn illustrator and entrepreneur, Casey soulfully blends art, packaging and storytelling to create products of true emotional meaning. As proprietress of Menagerie, Portland, Oregon’s small batch beauty destination, she curates artisanal brands with a backstory worth sharing, and creates the same sense of humanity in her own graphic design projects. 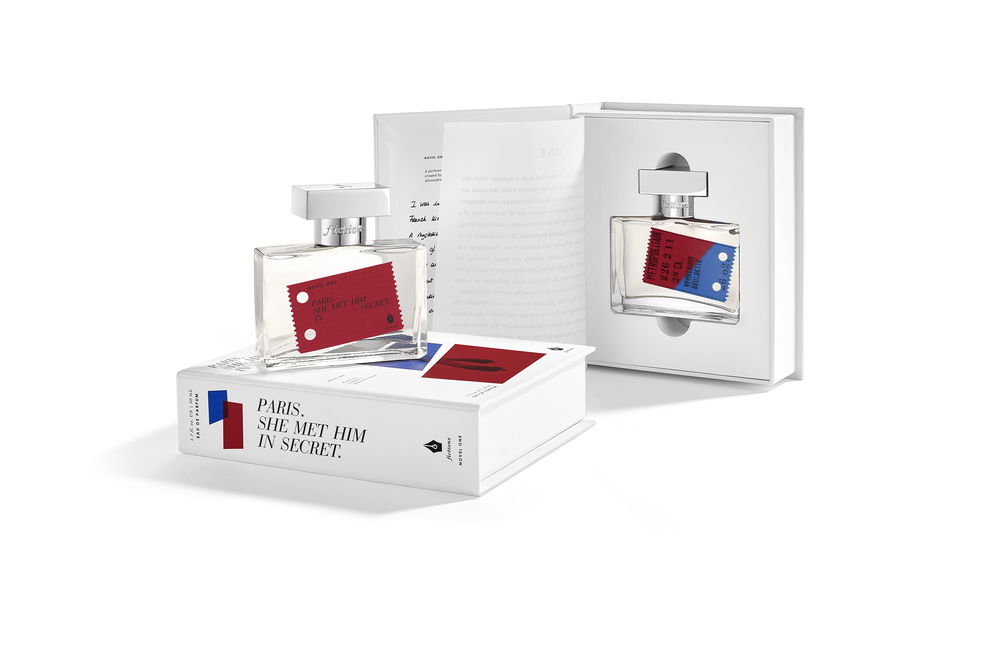 L.A. SHE CALLED BUT HE WAS UNREACHABLE captures the bittersweet joy of unrequited love with a fragrance created by Josh Meyer and a watercolor illustration by Marcel George. The scent is a floral citrus, characterized by a blend of crisp, juicy notes and warm florals.WATERCOLORIST: MARCEL GEORGEAcclaimed young watercolorist and fine art painter Marcel George is based in London. Marcel’s illustrations combine painting with digital design, making them contemporary and engaging. His work has appeared in publications including the Financial Time Magazine, and he regularly exhibits in his native U.K. 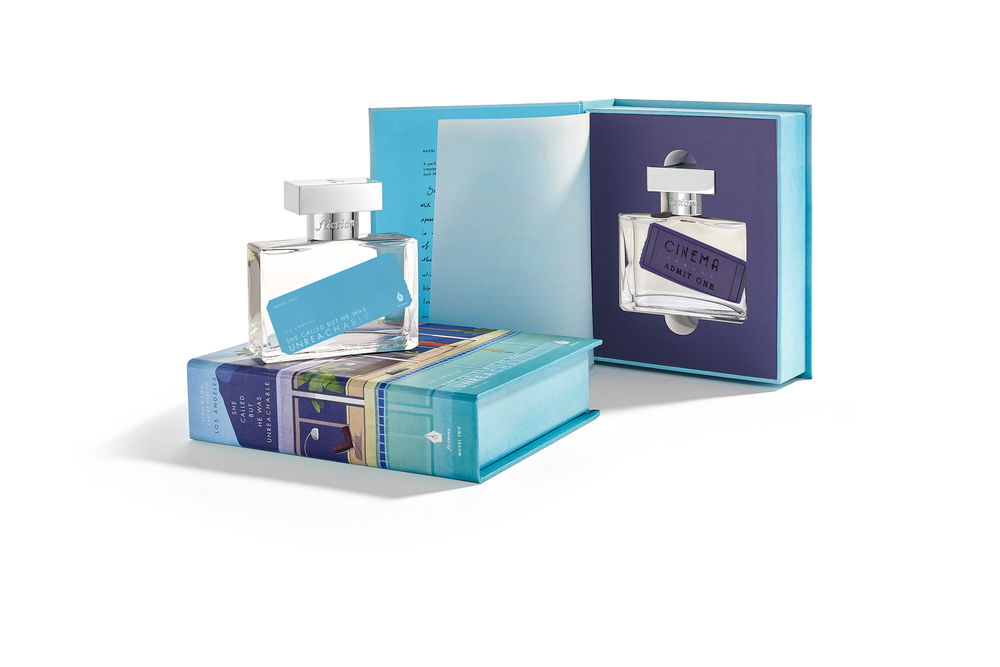 LONDON. SHE KNEW HE WAS FOR-EVER tells a timeless story of unconditional love, with perfumery by Gino Percontino and illustration by Jon Contino. The scent is an aromatic floral, characterized by a blend of breezy green and floral notes.ILLUSTRATOR: JON CONTINOJon’s award-winning intricate drawings and works of lettering art have re-invented classic book covers of writers such as William Faulkner and Stephen King. His clients include Nike, Jack Daniel’s, Whole Foods, and many more. He was born and raised in New York, NY. 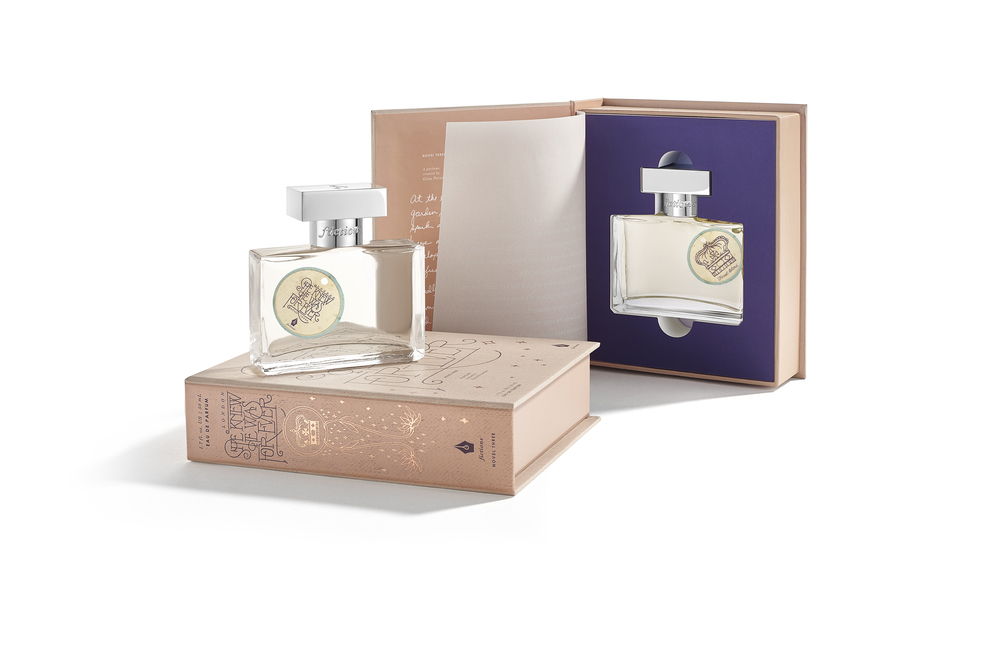