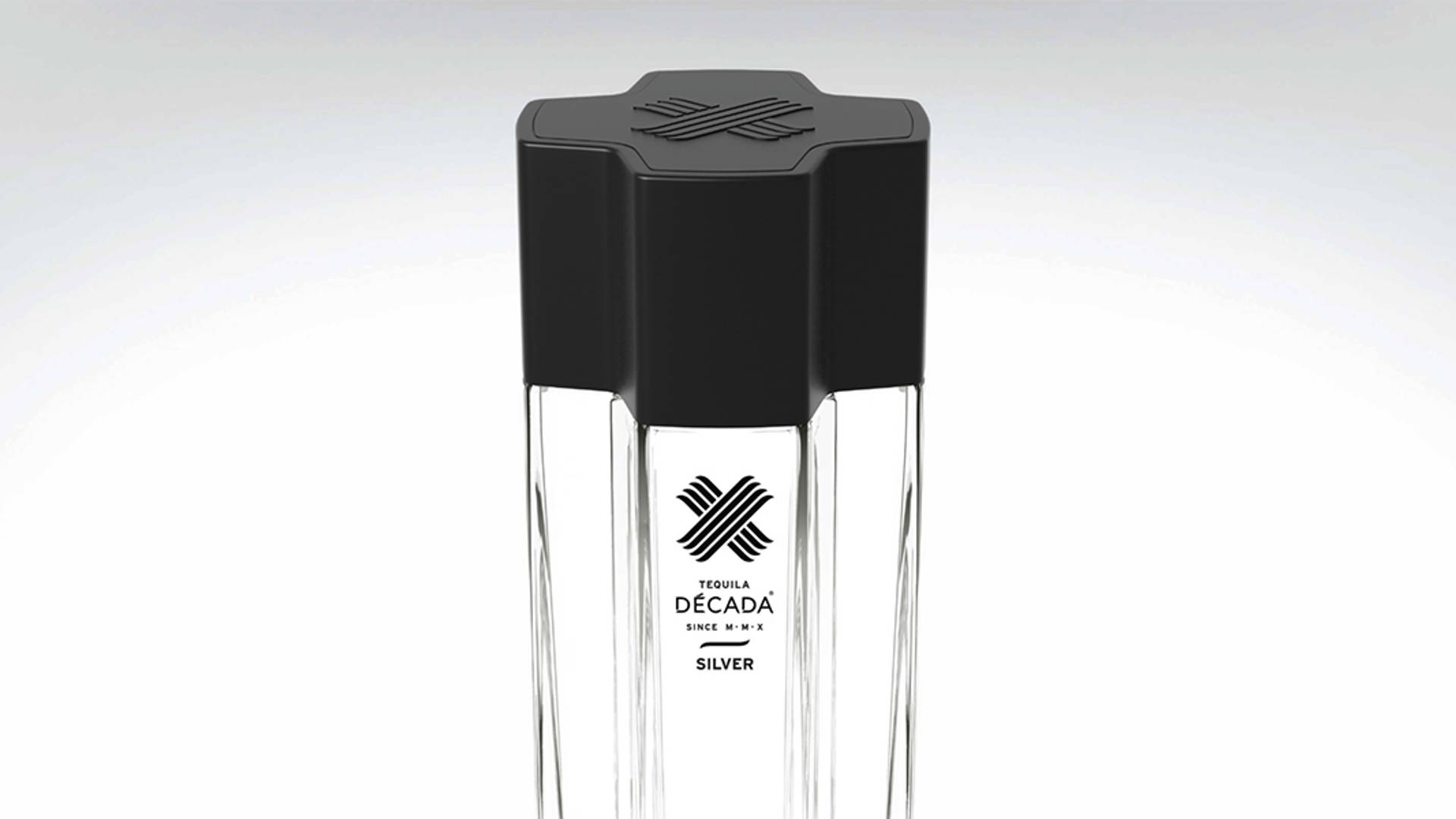 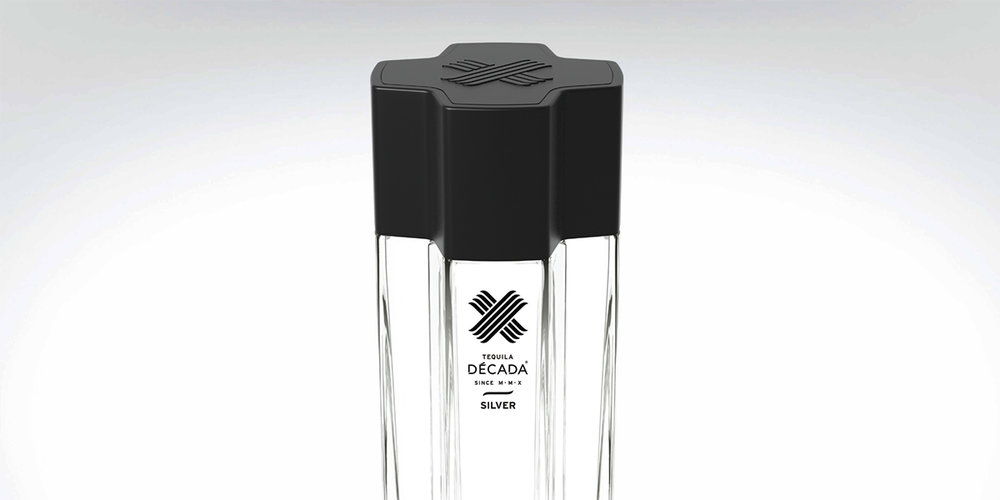 DE?CADA started as a journey to introduce a tequila to the world that was truly special and unique in every way possible. Something that could make a true experience. In todays rapidly expanding tequila market premium tequila has not seen any innovation. Brands along with distilleries see tequila as a commodity which shows in the nearly minimal di erences and characteristics of their pro les. Rather than innovate and explore a new approach they mimic each other and try to prove their quality by a similar claim of heritage and “mystic family secrets". 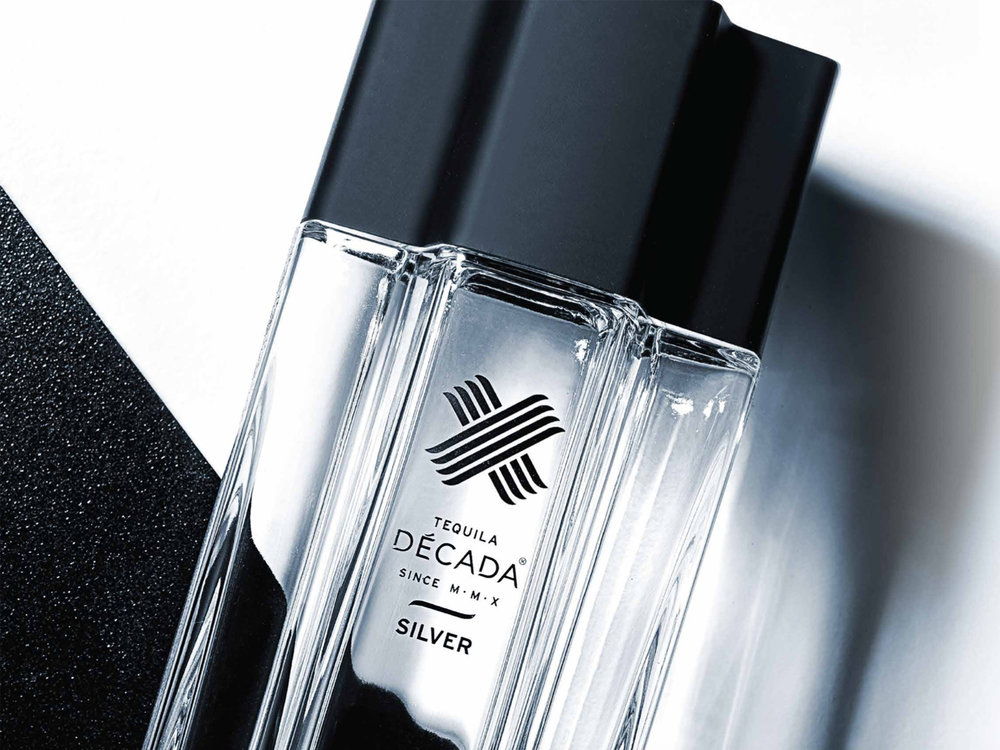 DE?CADA decided to explore tequilas full potential and create a modern cra sipping tequila that also aligns incredibly with unlimited cra cocktail extensions. DE?CADA simply made something that was remarkably better and didn’t need to be drowned in sugar to be enjoyed. e missing link was a mix of old world agriculture combined with modern techniques. DE?CADA’s story is that of hard work and not comprimising on a single aspect of quality. 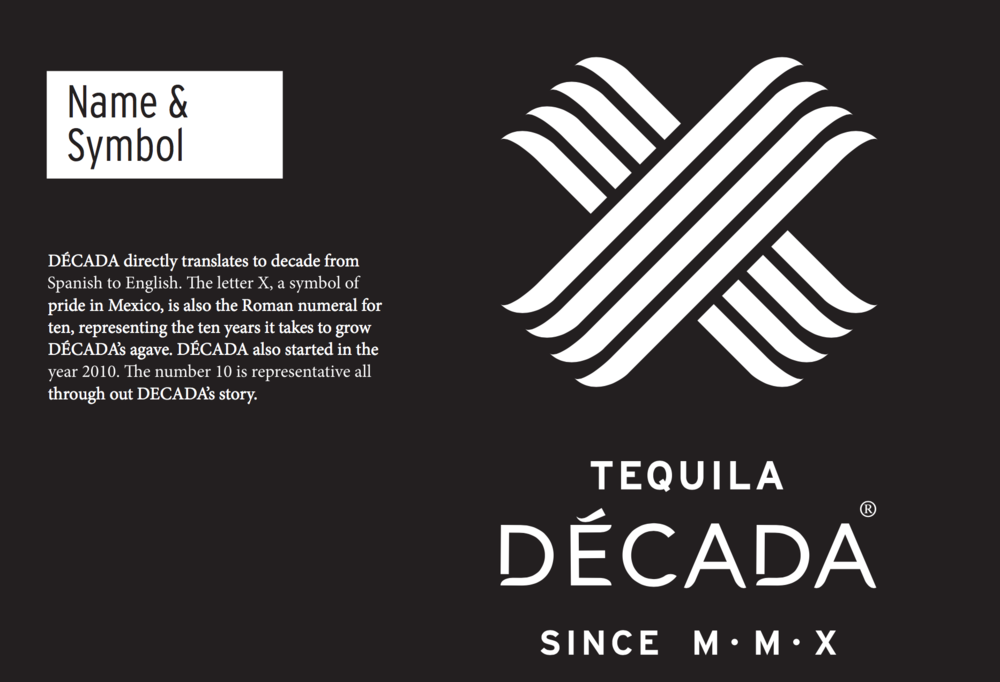 In order to update tequila in every way possible DE?CADA chose to create a one of a kind bottle that represents the brand as a whole. Putting DE?CADA into a stock, or short stumpy bottle would not represent how special DE?CADA really is. e bottle needed to be luxurious, functional, approachable, and modern. It is also extremely thought out and connected to modern Mexican architecture. e bottle brings back long lost “iconic” equity to packaging in a world full of over branding. e bottle, although uniquely shaped, remains very bartender friendly. With its “X” shape, the pillars of the bottle, provide the bottle handler the ability to have a secure grip. is easily allows for one-hand pours with speed and ease, freely or with a pour spout. While still being able to manipulate the breather. e bottle was designed by a Firm in Mexico City and is produced by Saverglass in France. DE?CADA comes in cases of six 750ml bottles.

The DE?CADA distillery has been owned and operated by the same family for over 150 years in the highlands of Jalisco. Located in the small town of “San Francisco De Asis”, on 1,000 acres of brick red soil and agave, grow the nest pin?as in the industry. is particular agave takes an average of ten years to meet its maturity, which is four years longer than most areas. e higher elevation and climate conditions necessitate this extra time for good reason: it increases the brix (sugar) content of the agave which creates the avor in the plants that leads to DE?CADA’s one of a kind so and fruity profile. 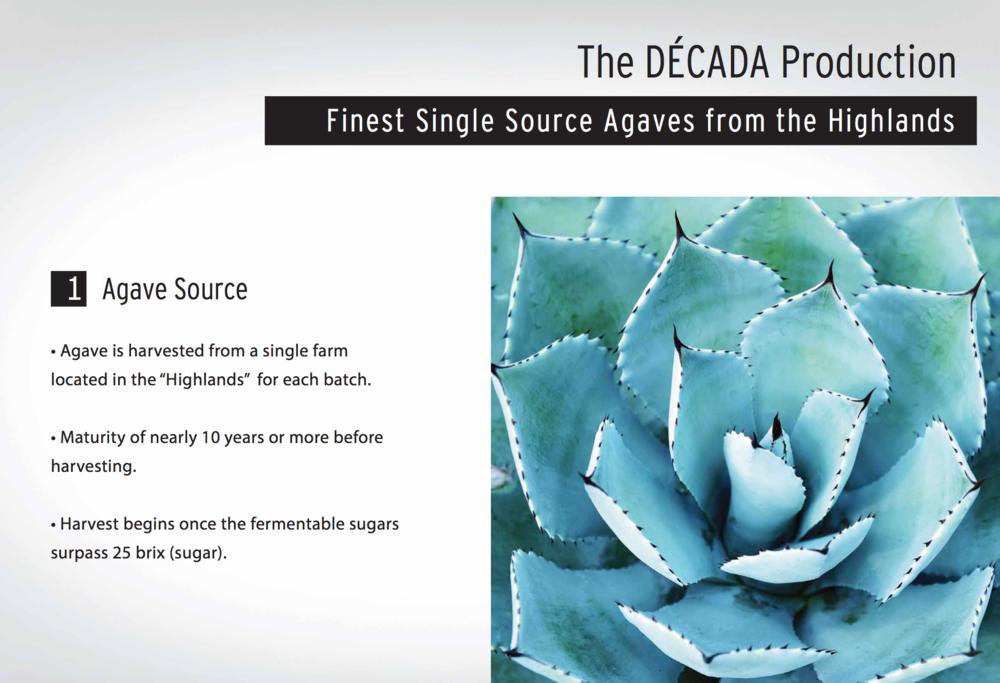 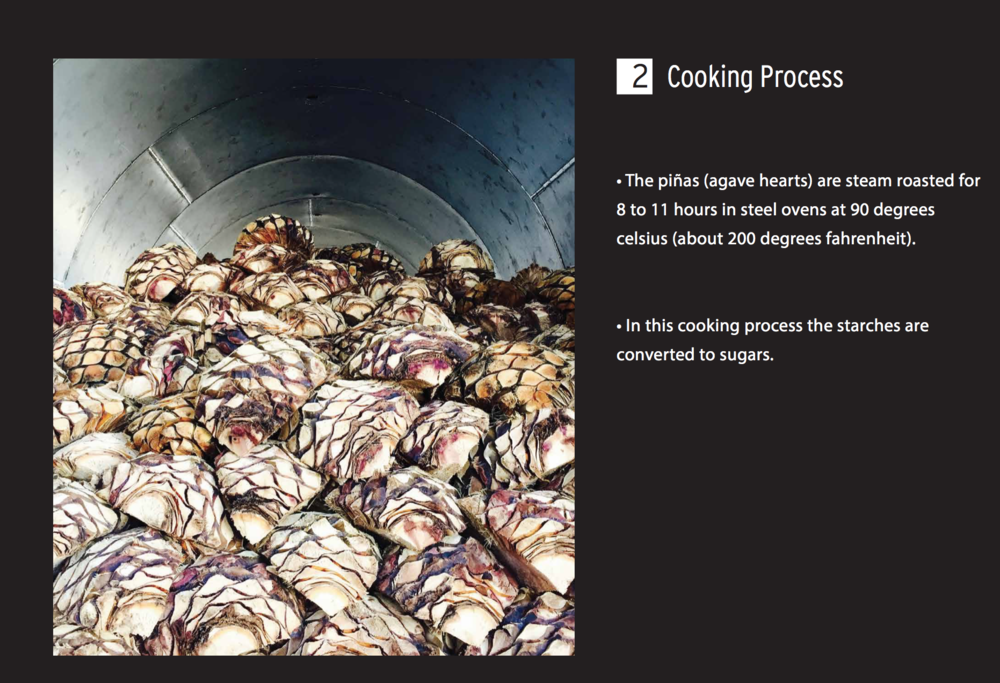 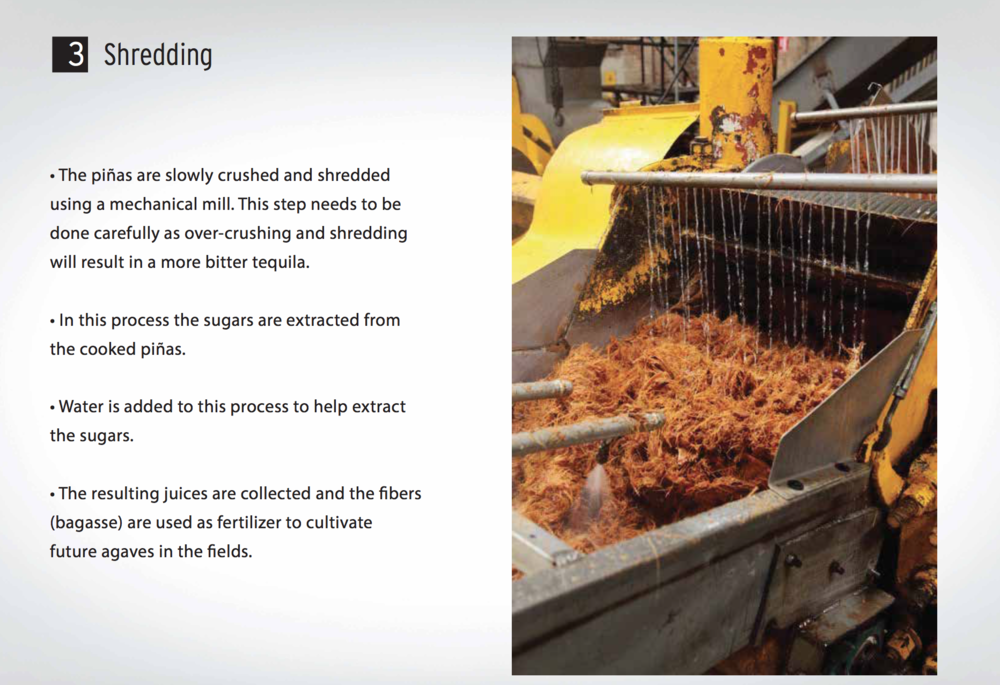 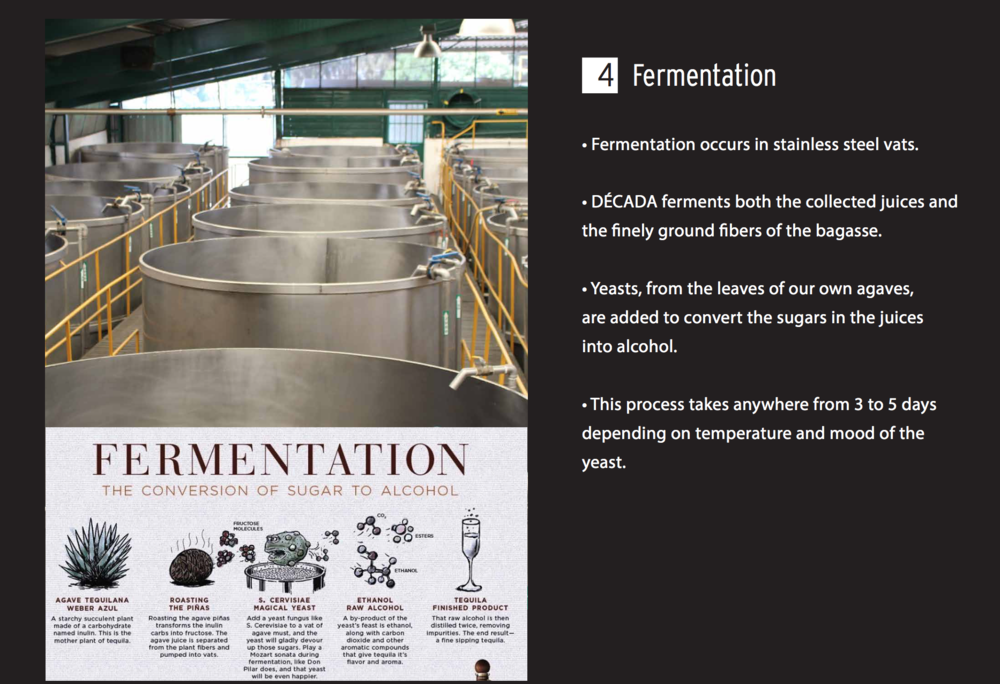 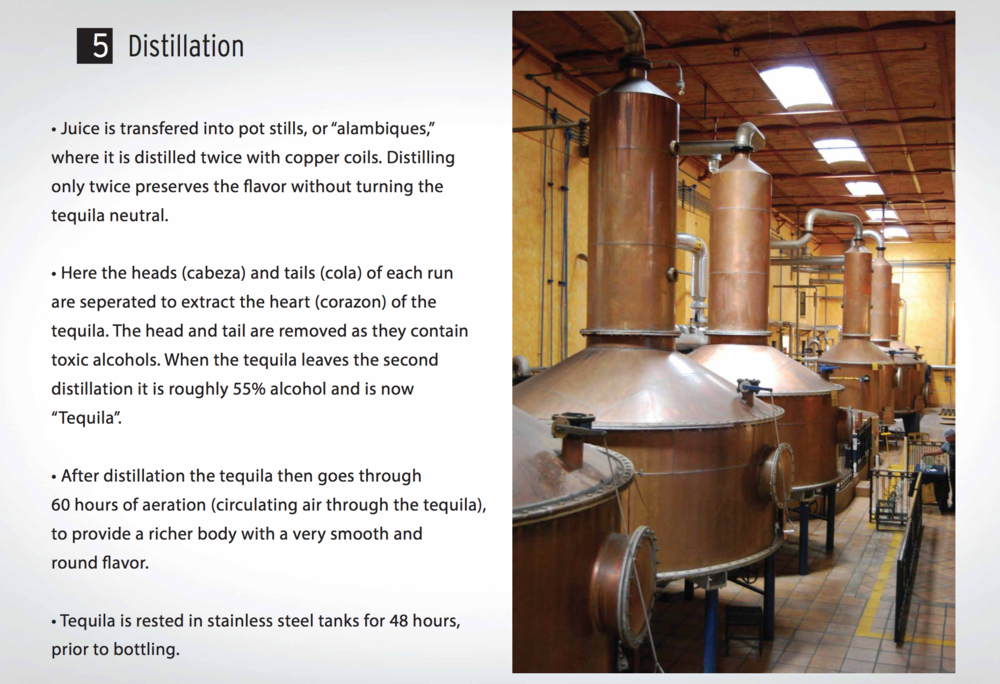 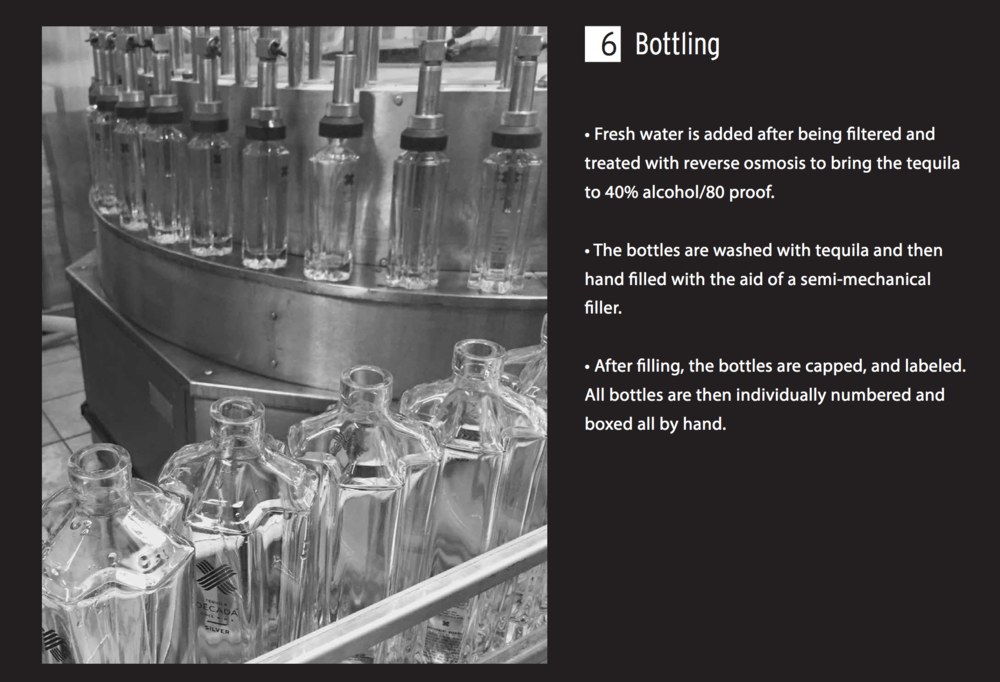