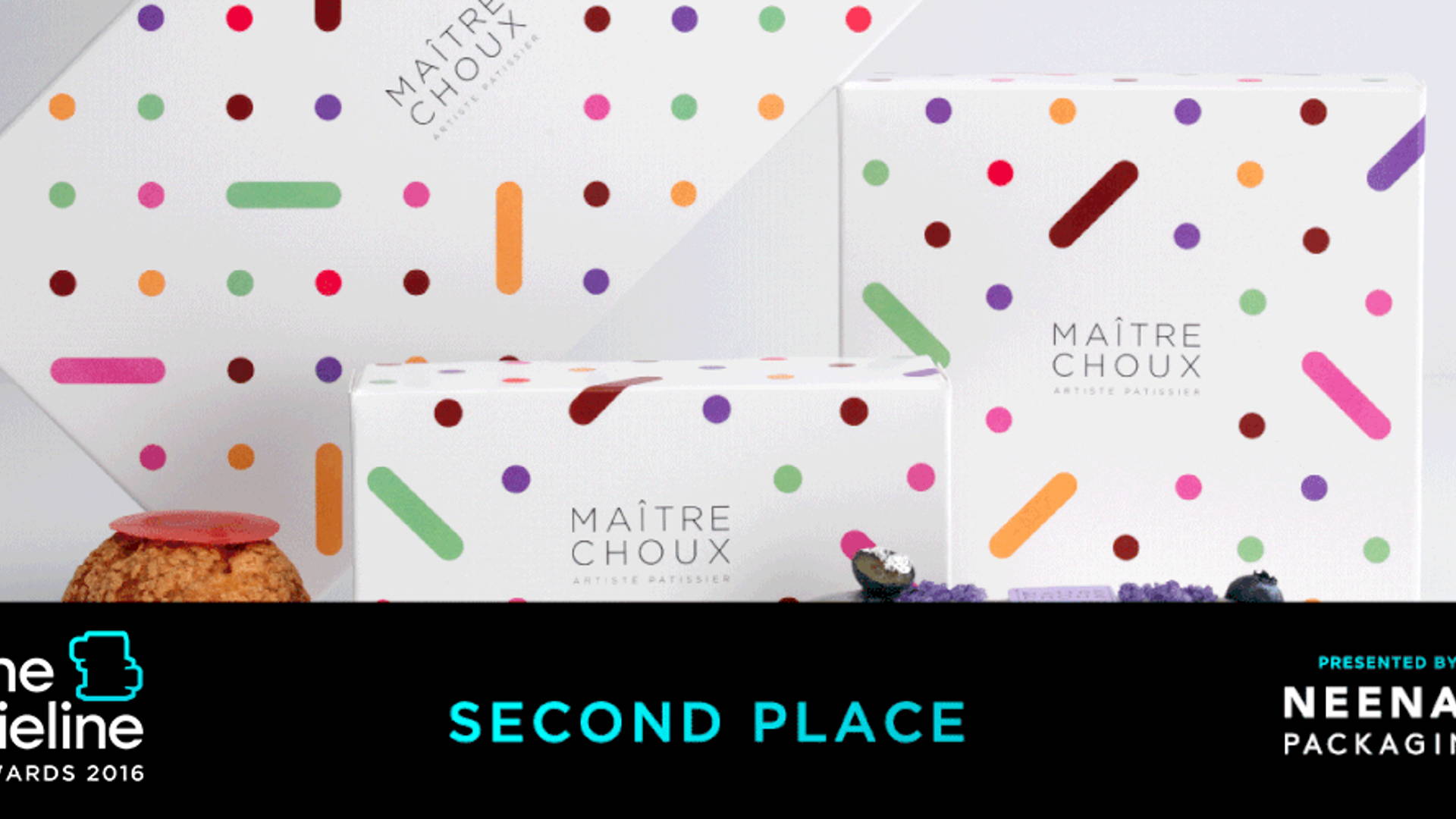 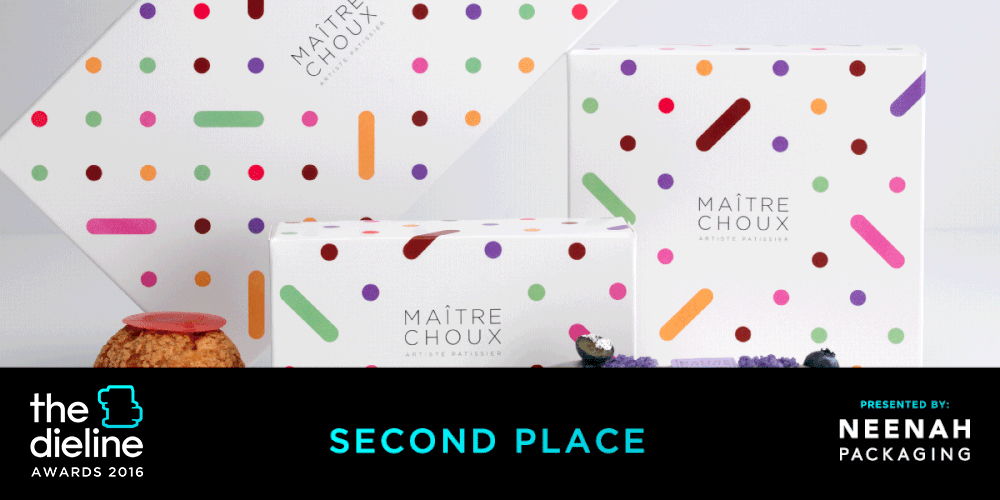 Background:Maitre Choux is the first and only choux pastry specialist patisserie in the world. It is a modern version of a French patisserie, redesigned to cater to the most discerning of tastebuds. Every day and with a rigorous precision, the Three Michelin star experienced chef Joakim Prat bakes exquisitely decorated premium eclairs, choux and chouquettes at their location in South Kensington - the first of many planned for future expansion. 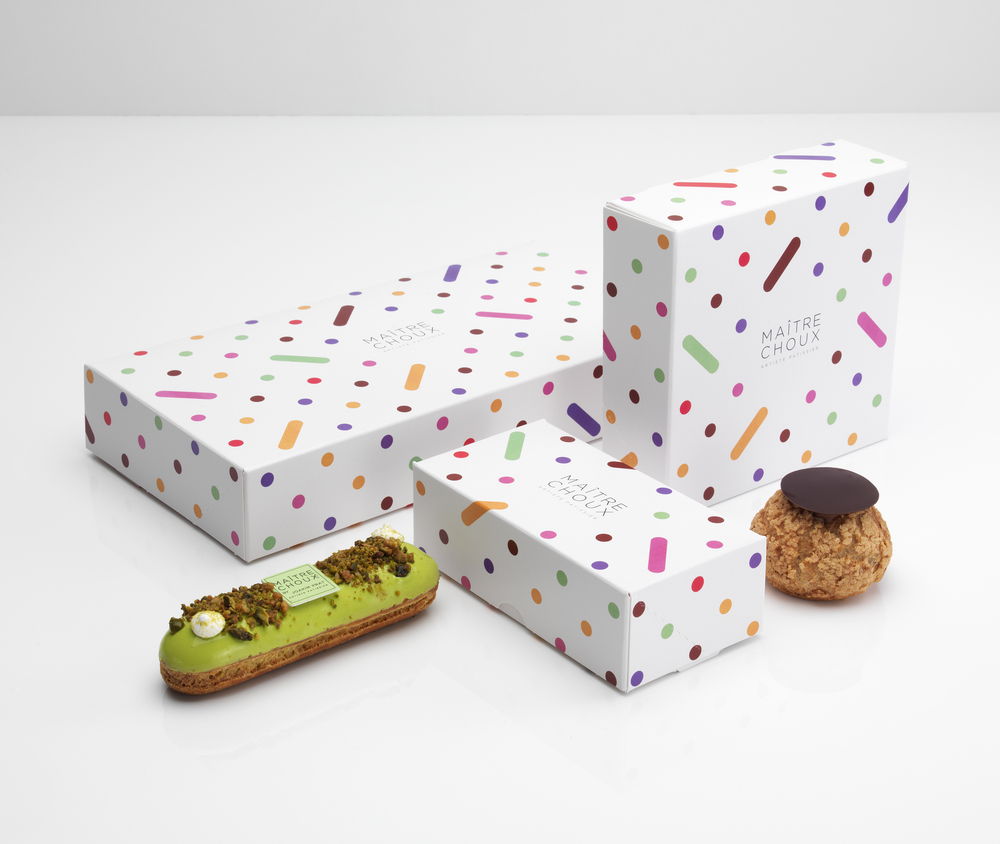 The Brief:MONOGRAM was commissioned to design the brand identity for the new patisserie chain, along with packaging and exterior signage, thus establishing guidelines and setting the benchmark for all future locations. The key challenge was to create an identity that reflects the playfulness of the products while also communicating luxury, craftsmanship and quality.The Creative Idea:Drawing inspiration from the products themselves, our approach harnessed the simplicity and elegance of geometry to create an eye-catching pattern, which is both distinctive and original. The polka-dot pattern allowed us to introduce a number of colours in a sophisticated way to reflect the creativity and artistry of the product. Our solution successfully compliments the pastries and doesn't overshadow them, therefore striking the perfect balance. 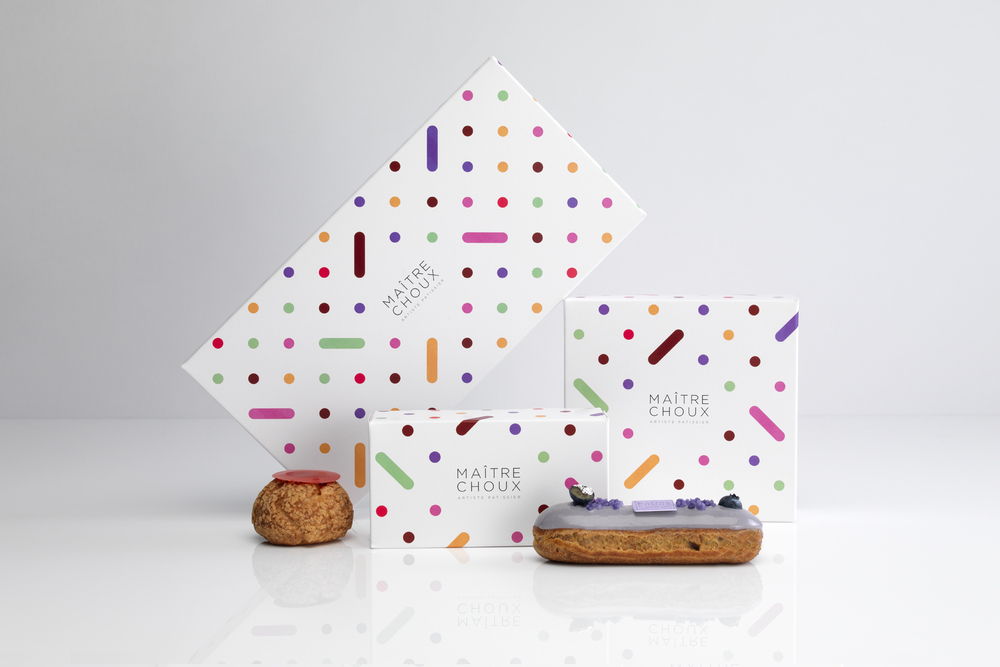 Evidence of how the idea was received:Within just a few months of opening, the brand has been featured in numerous magazines including Vogue, Town & Country, Time Out, Square Meal, Four Magazine, HELLO!, Living etc. as well as countless newspapers, blogs and TV shows.Maitre Choux also recently entered into a partnership with Fortnum & Mason, where the products are now sold. Harrods have also expressed interest in opening a Maitre Choux within their luxury department store in London, suggesting that the brand is being extremely well received. 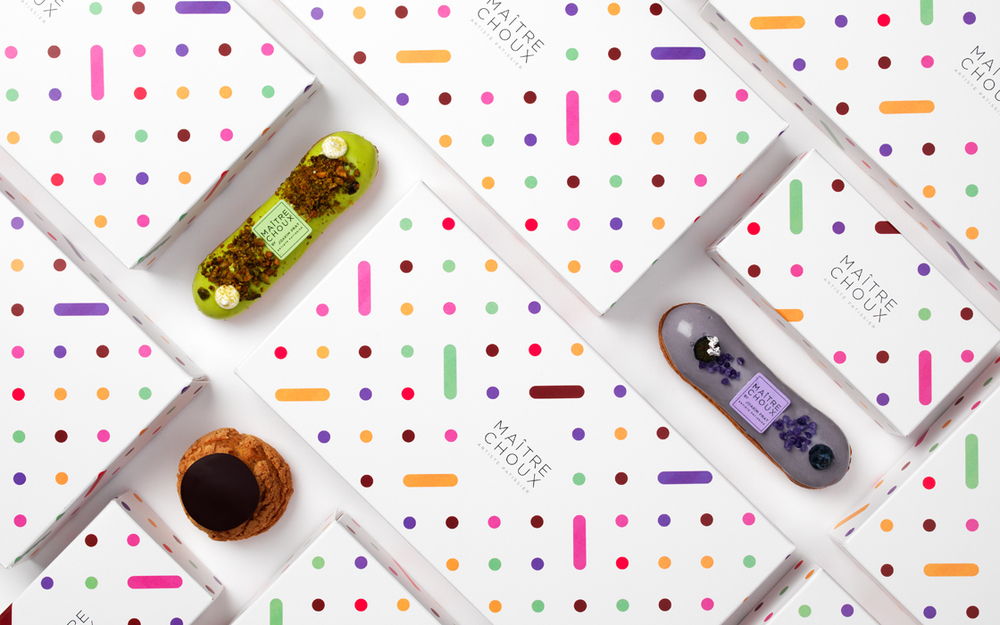 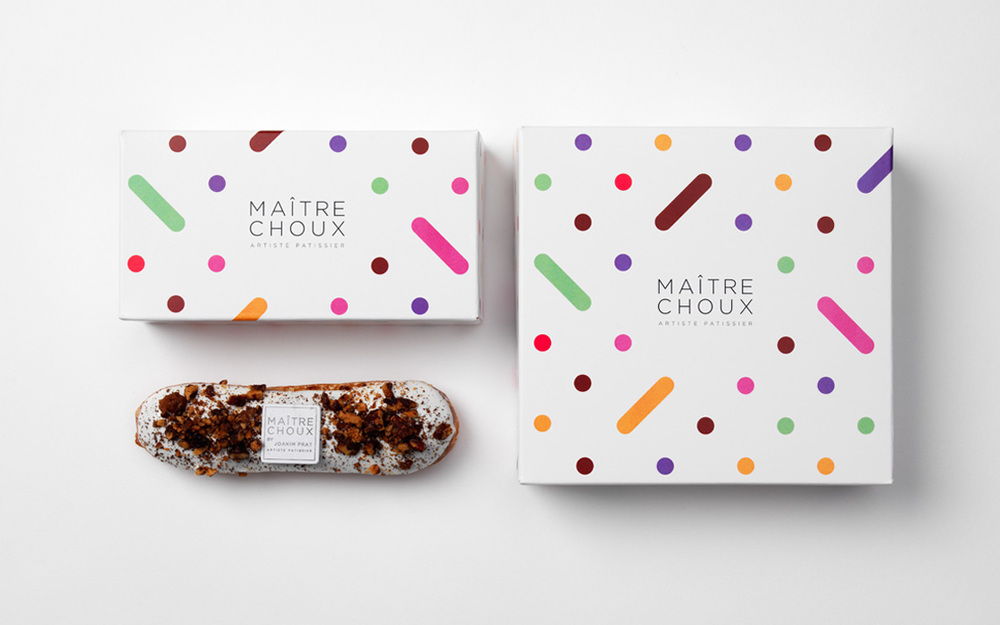 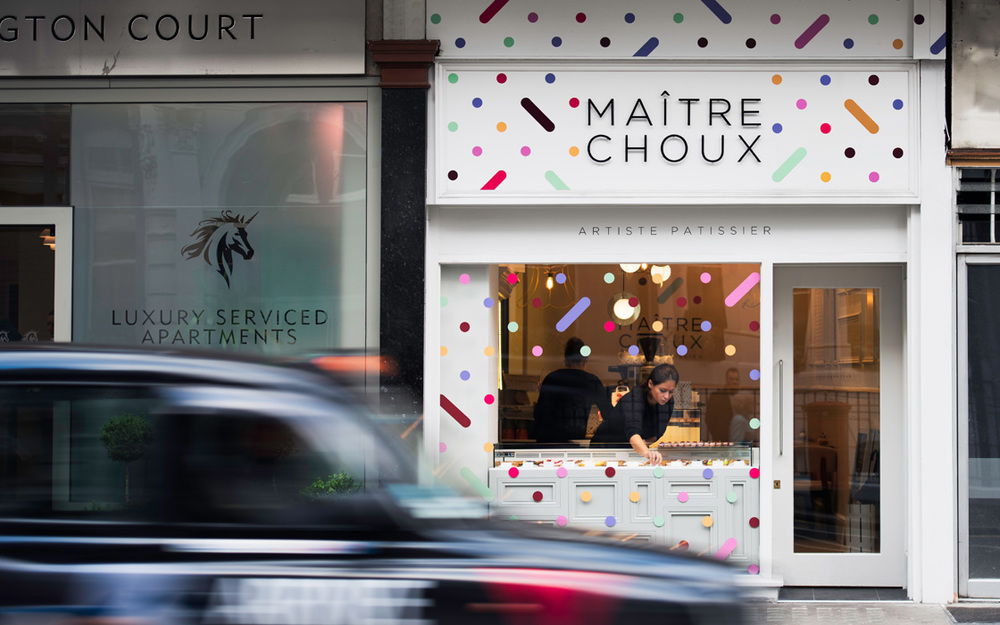 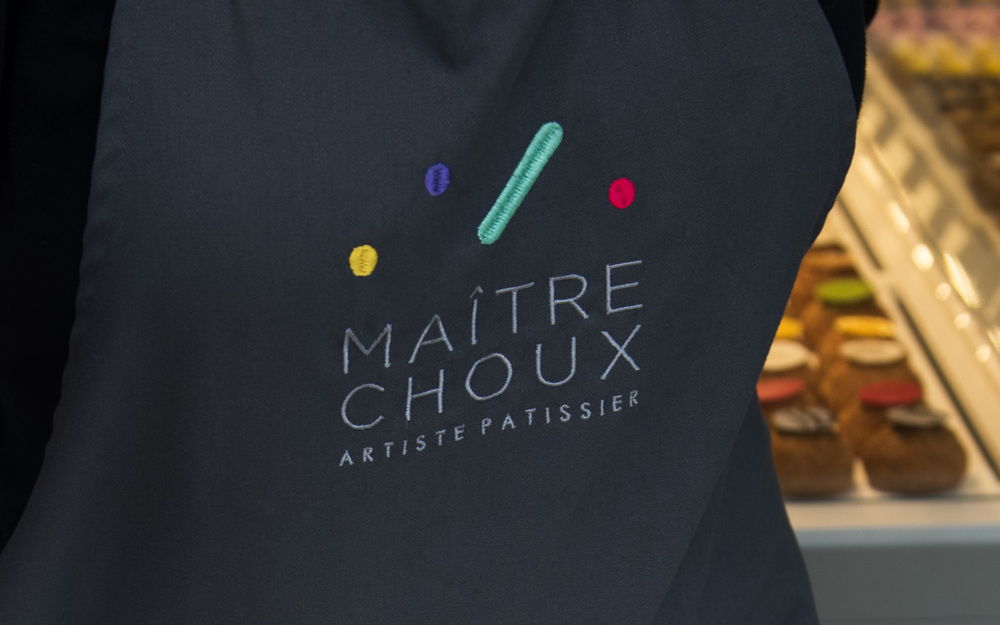