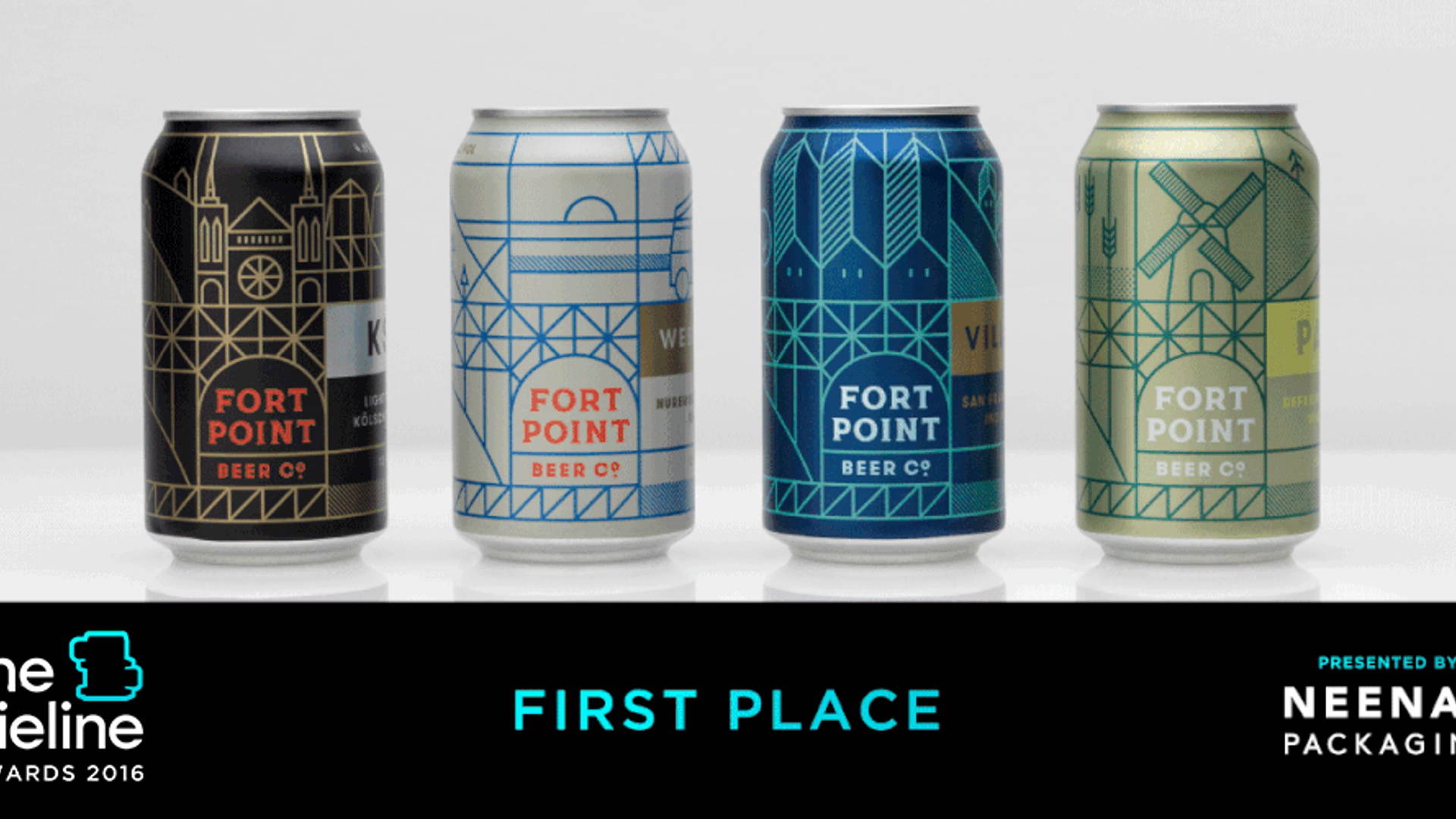 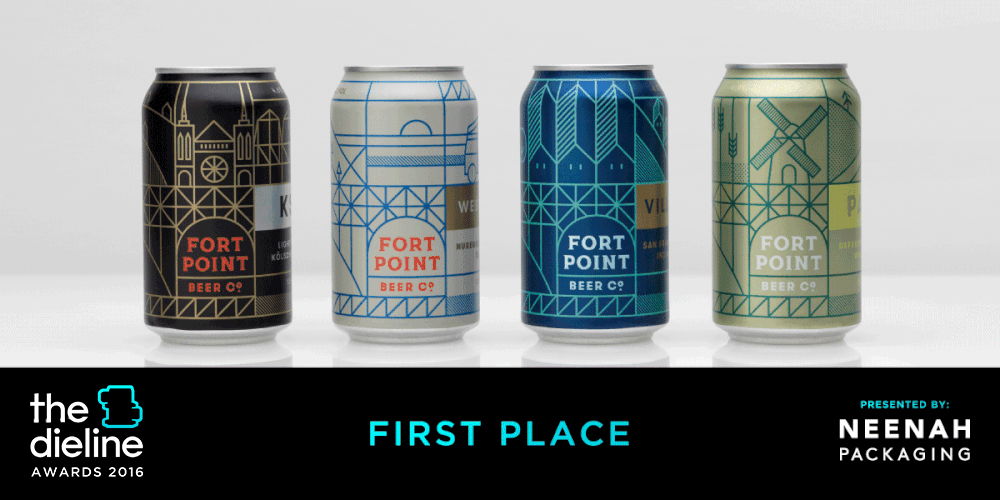 Founded in 2013 by the Catalana brothers of Mill Valley Beerworks, Fort Point Beer Company is a craft brewery located in the Presidio of San Francisco. Their mission is to create balanced, thoughtful beers that reference traditional styles, but are by no means bound to them. 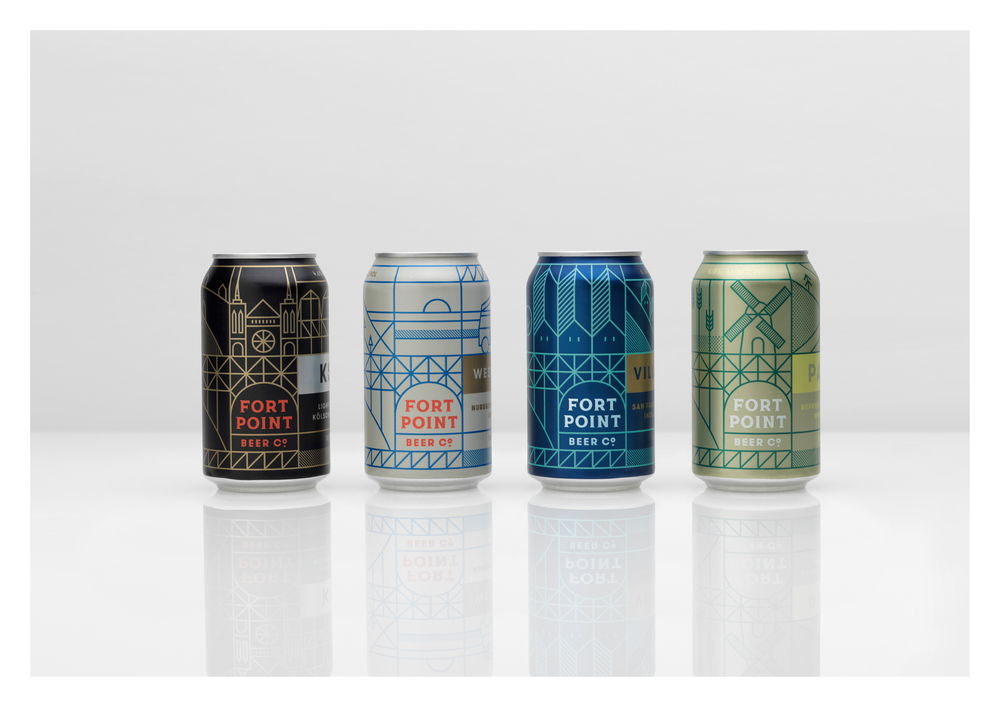 Flexible Brand IdentityThe brewery is situated in a historic Presidio building that was formerly used as an Army motor pool. Their iconic location—close to both the Golden Gate Bridge and the Fort Point National Historic Site—provided inspiration for Manual to create the modular, illustrative brand identity that went beyond just a logo, and leveraged recognizable architectural elements of the bridge and the historic site— arches and trestles—as its backbone. 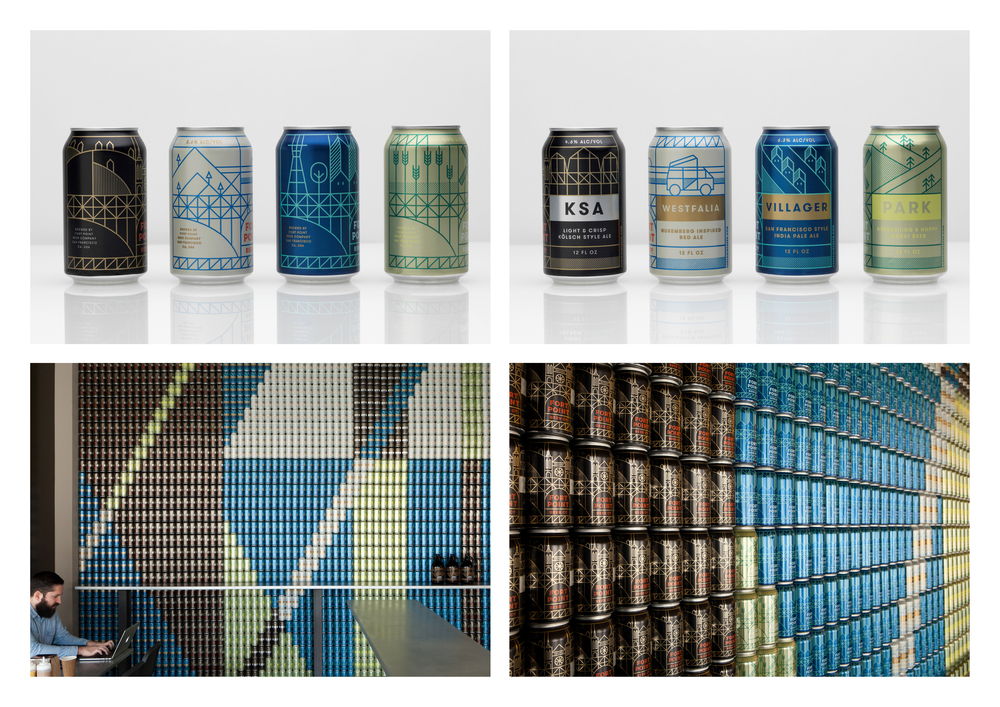 Location is KeyAfter a year of working directly with the finest bars and restaurants in San Francisco, Fort Point decided to broaden their reach and bring their beers to the public through the launch of 12 oz cans. When Fort Point asked Manual to design this initial set of can packaging, we developed the grid-based graphic system into a flexible, modular and scalable set of designs that incorporate playful illustrations of San Francisco culture and charm. Sutro Tower, the Dutch Windmill in Golden Gate Park, and a camper van for the Westfalia beer variety, champion the spirit of San Francisco. Elements of the city and Bay Area create a unique and authentic sense of place, while helping establish Fort Point Beer Co. as the new wave of San Francisco-based brewing.

Colors That Cut Through ClutterThe distinct color palettes and bold lines of the designs were carefully considered and intentional. We selected color combinations that would be a deliberate departure from more typical beer packaging, with the intention of cutting through clutter on a shelf or aisle. The result is a set of designs that look elegant, refined and still playful. A visual system that’s matching in quality with the beer it contains. 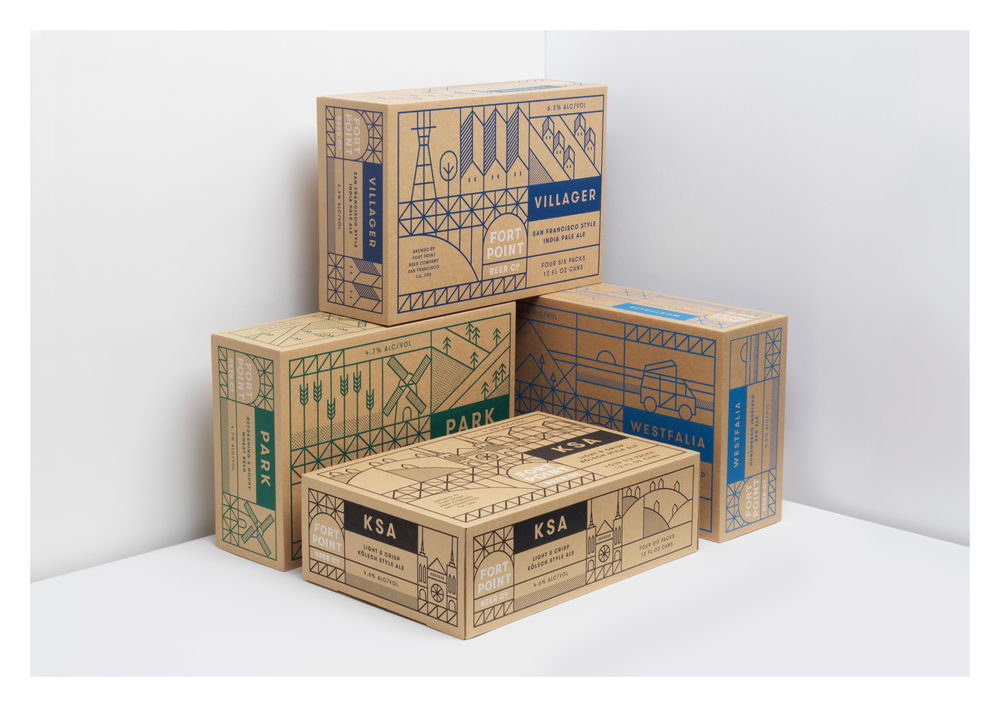 Creating a Cohesive Collection We took a unique approach to designing the materials as a cohesive collection. When seen together, the cans, 6-packs, and cases appear familied, thoughtful, and considered. The design intention was not just to create a can that looks good in hand, but to create a cohesive set of materials that has visual impact when displayed for customers, and also when stacked or stored behind the scenes. Buying Beer for the Box Although the cans have only been launched for a couple months, the consumer response has been overwhelmingly positive. Feedback from customers directly, through social media, and from distributors has been complimentary both of the beer and the designs. Fort Point Beer Co. has also recently been recognized as the fasting-growing brewery in San Francisco, and have already engaged Manual to design new products as they expand. 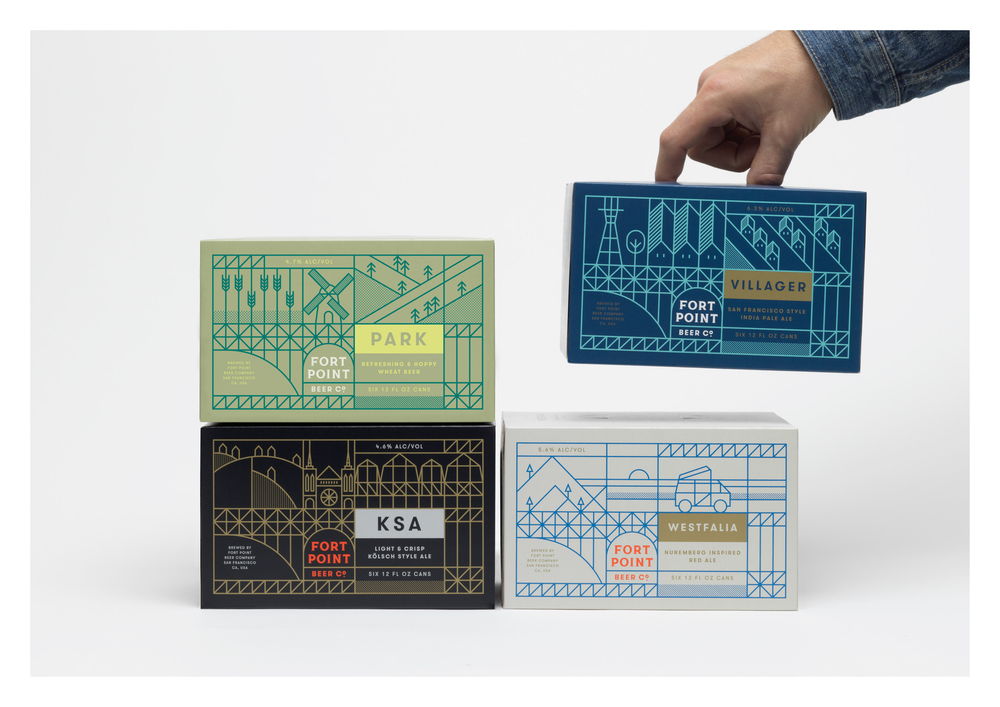 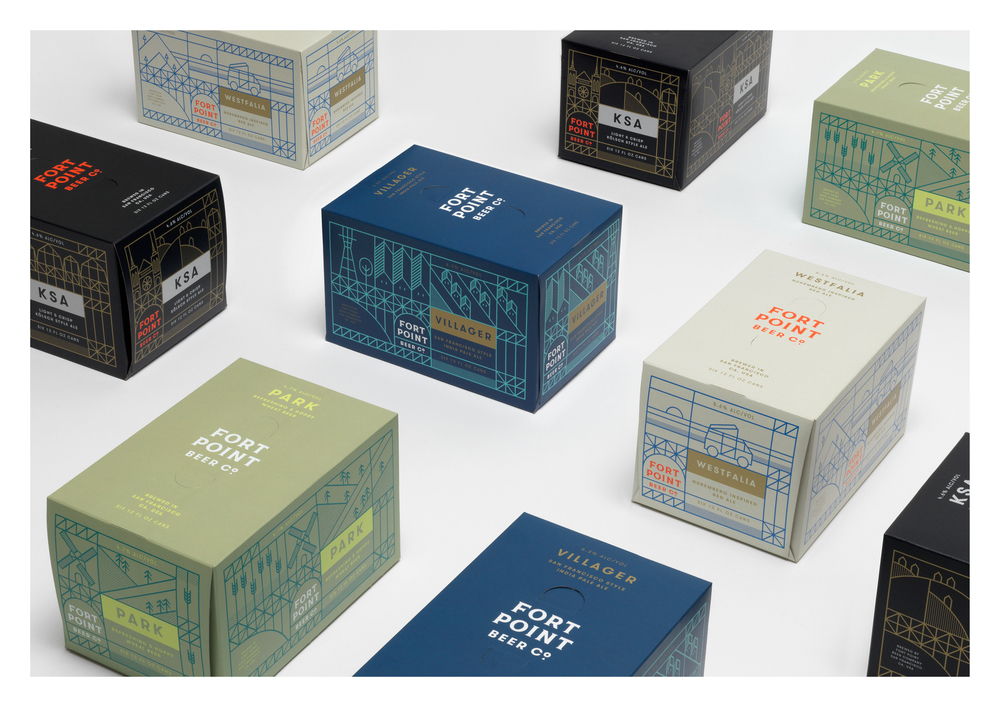