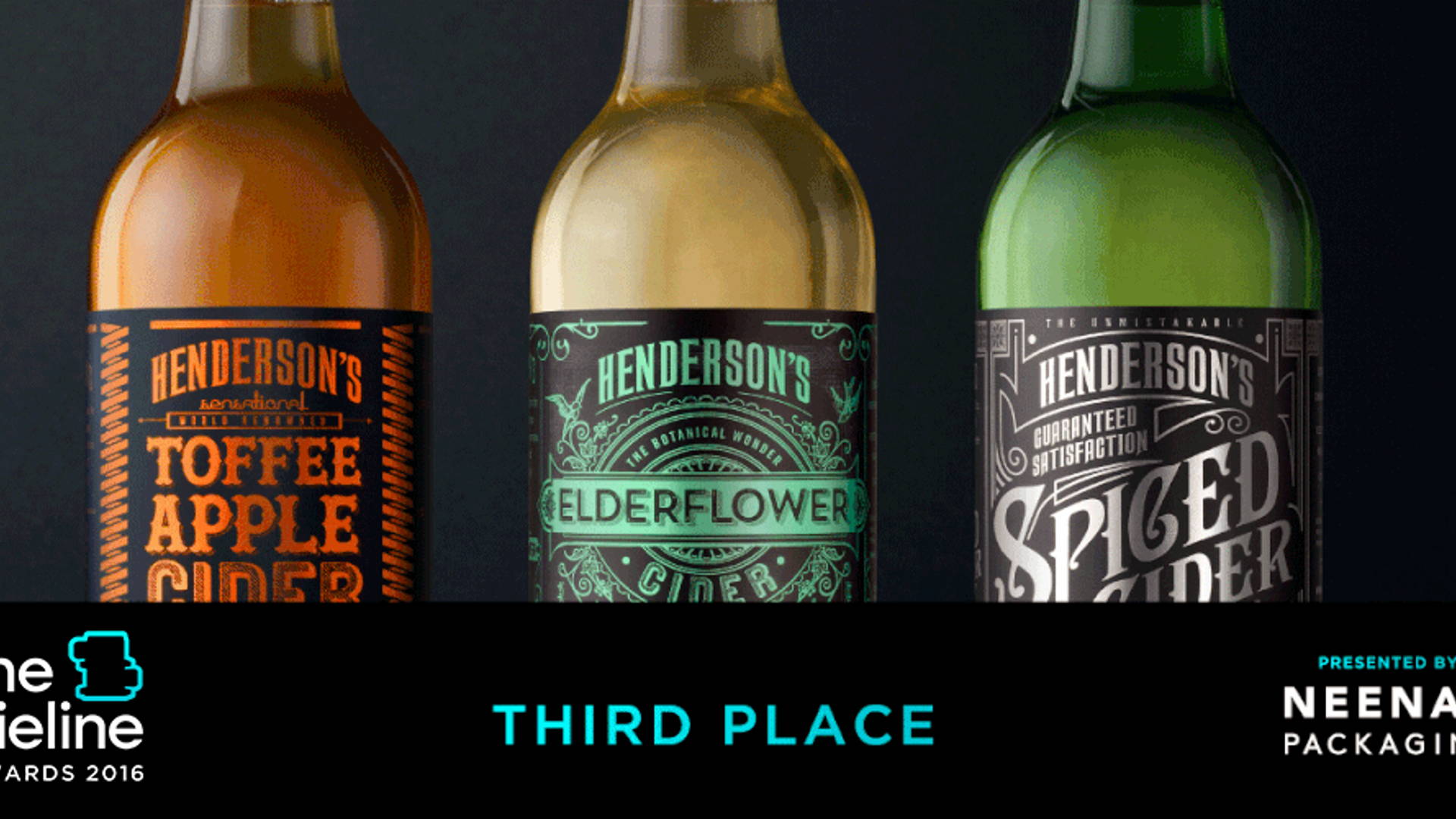 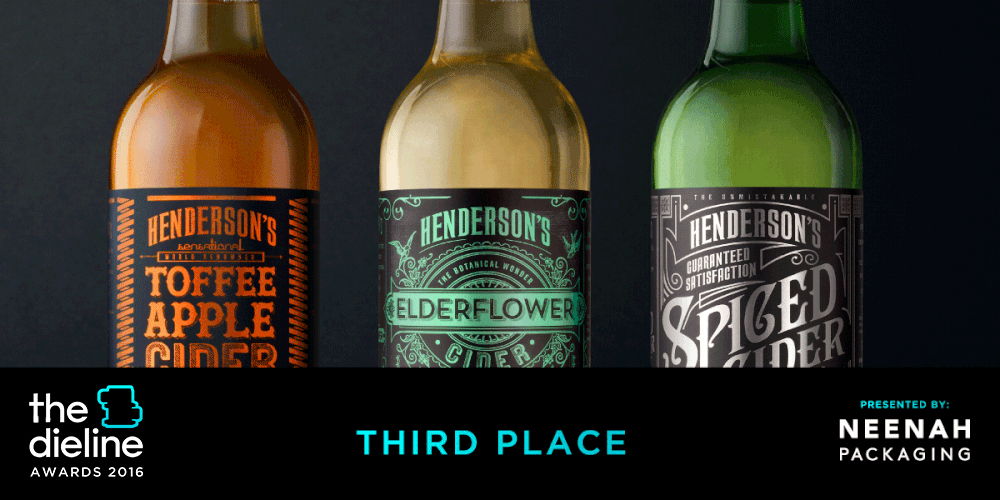 Brief.Our aim was to give the Henderson’s range a new identity and packaging that reflected the award winning artisan cider itself.The previous packaging lacked personality, craft and authenticity but eluded to the ornate Victorian age from which the Spiced Cider recipe originated. This intriguing era became the inspiration for our new design. 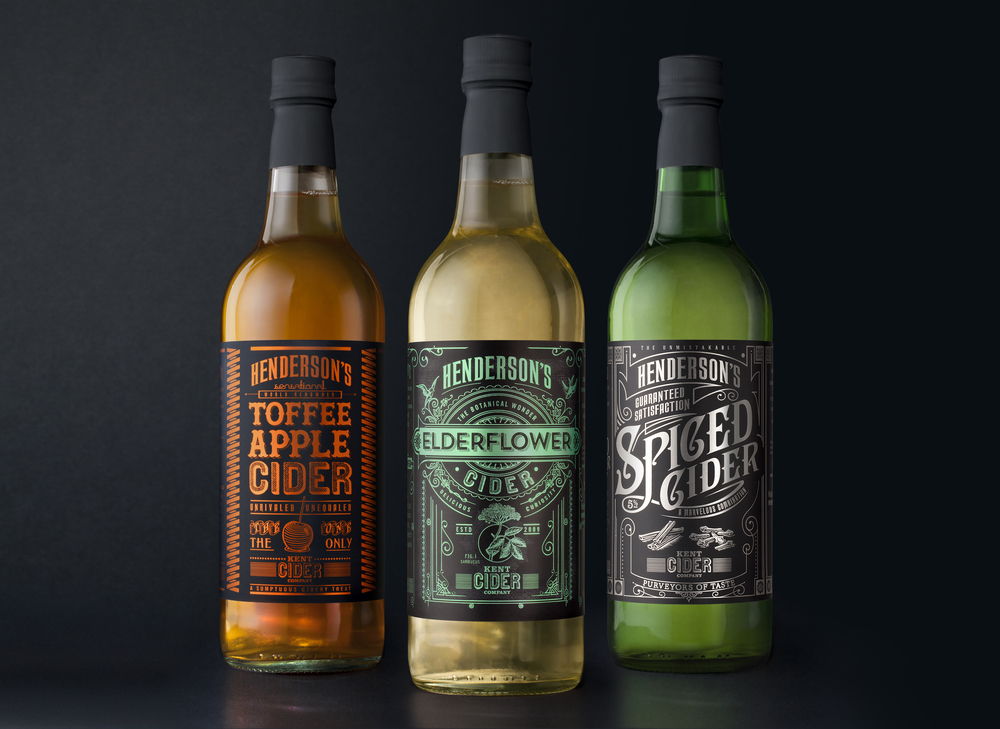 Turning away from the previously old fashioned styling, yet sticking with the products Victoriana roots, we based our new designs on ornate typographic prints of that time.Having tasted the cider, each flavour took us to a different place; Spiced Cider, originally a Victorian elixir, conjured up a world of concoctions and mysterious recipes, Toffee Apple’s were traditionally sold at a Victorian circus or fairground, so we took inspiration from vintage circus posters and Elderflower was a botanic detailed in beautifully illustrated books. 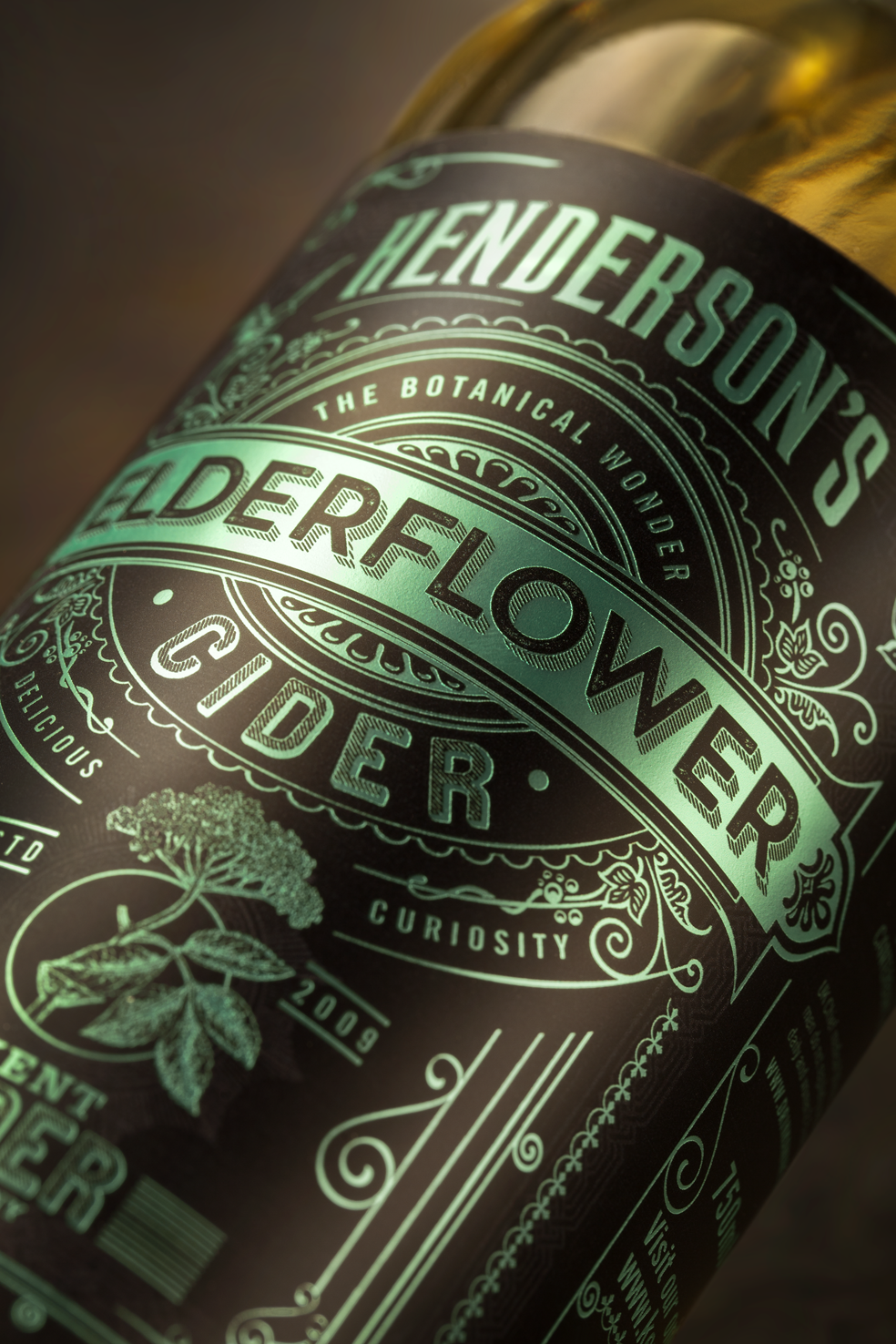 For a hand pressed cider brand that prides itself on well-crafted recipes, authenticity was really important. We took inspiration from Victorian packaging, books and prints, carefully hand sketching our typographic and illustrative ideas before re-creating the final pieces for print. We kept the flourishes and filigree to a minimum, using current typefaces and distinctive block colour designs for a premium and contemporary look and feel.We also used copy to create another layer of storytelling which really helped to bring each flavour to life.For example, “Henderson's sensational world-renowned Toffee Apple Cider”, sounds like something you’d read on one of the old circus poster “The botanical wonder, Elderflower Cider, delicious curiosity”, reflects the printed language of a bygone era; and “Spiced Cider, a marvelous combination” from “Kent Cider Company, purveyors of taste”, which sums up the makers mix of flavours, originating from the Victorian era. 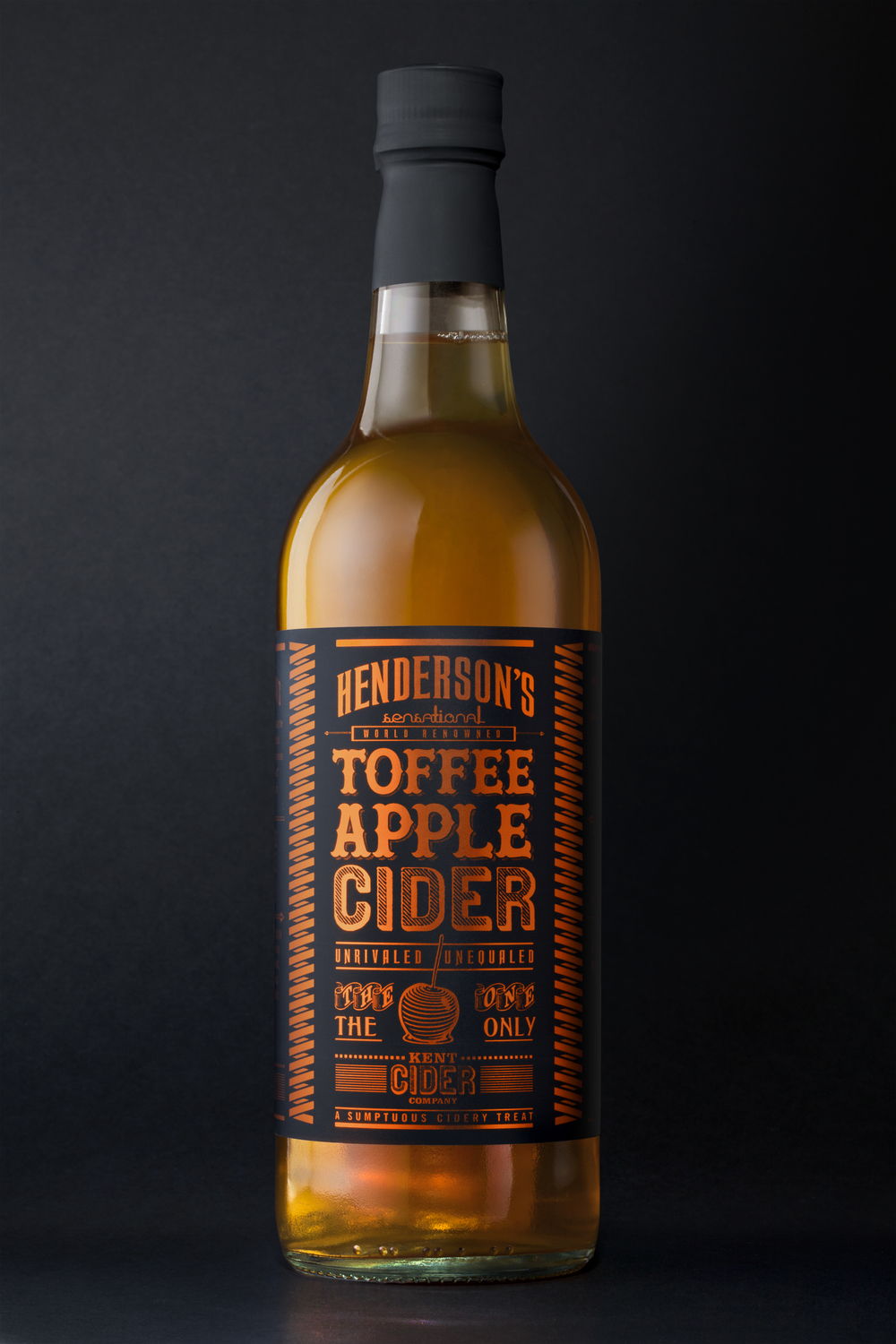 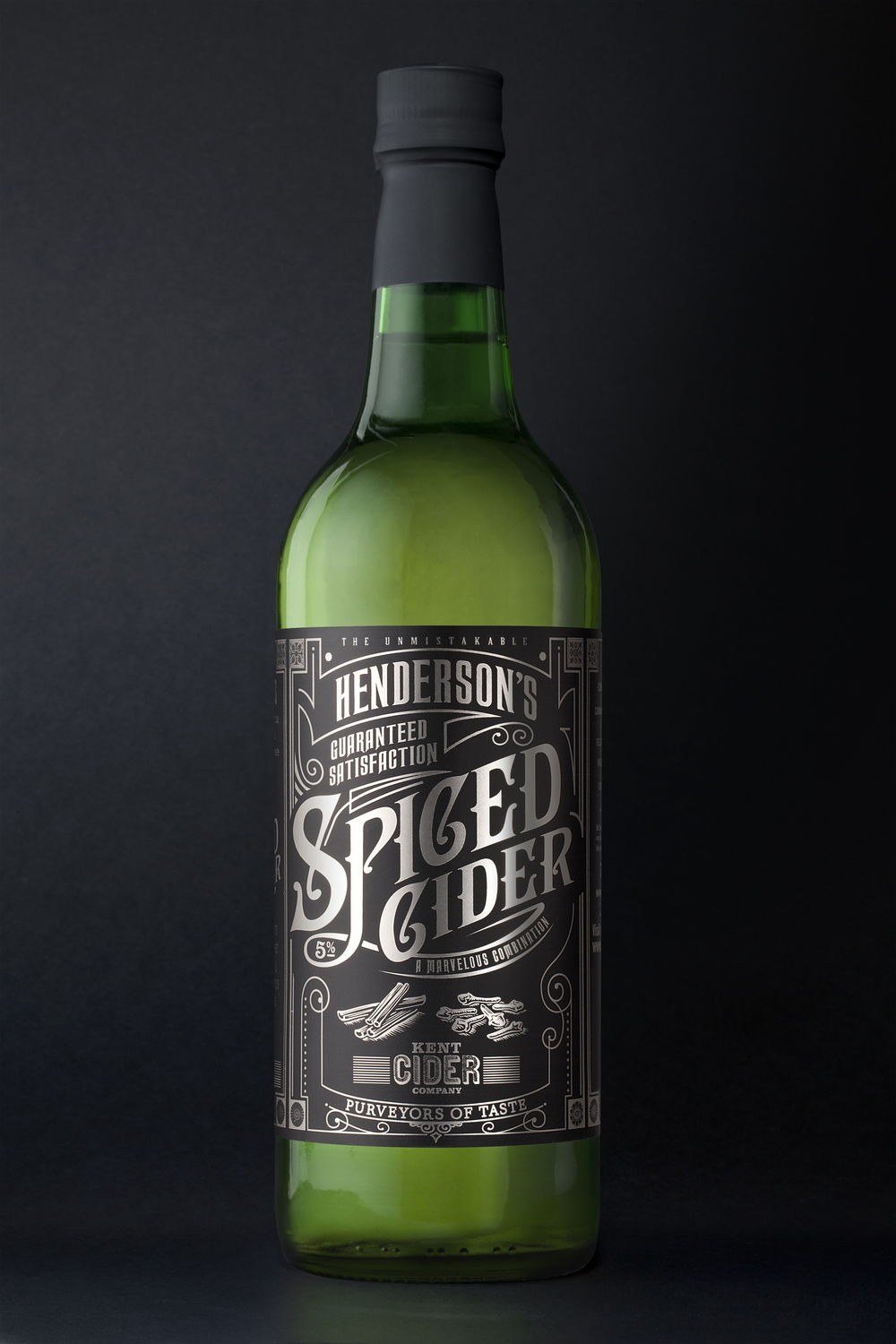 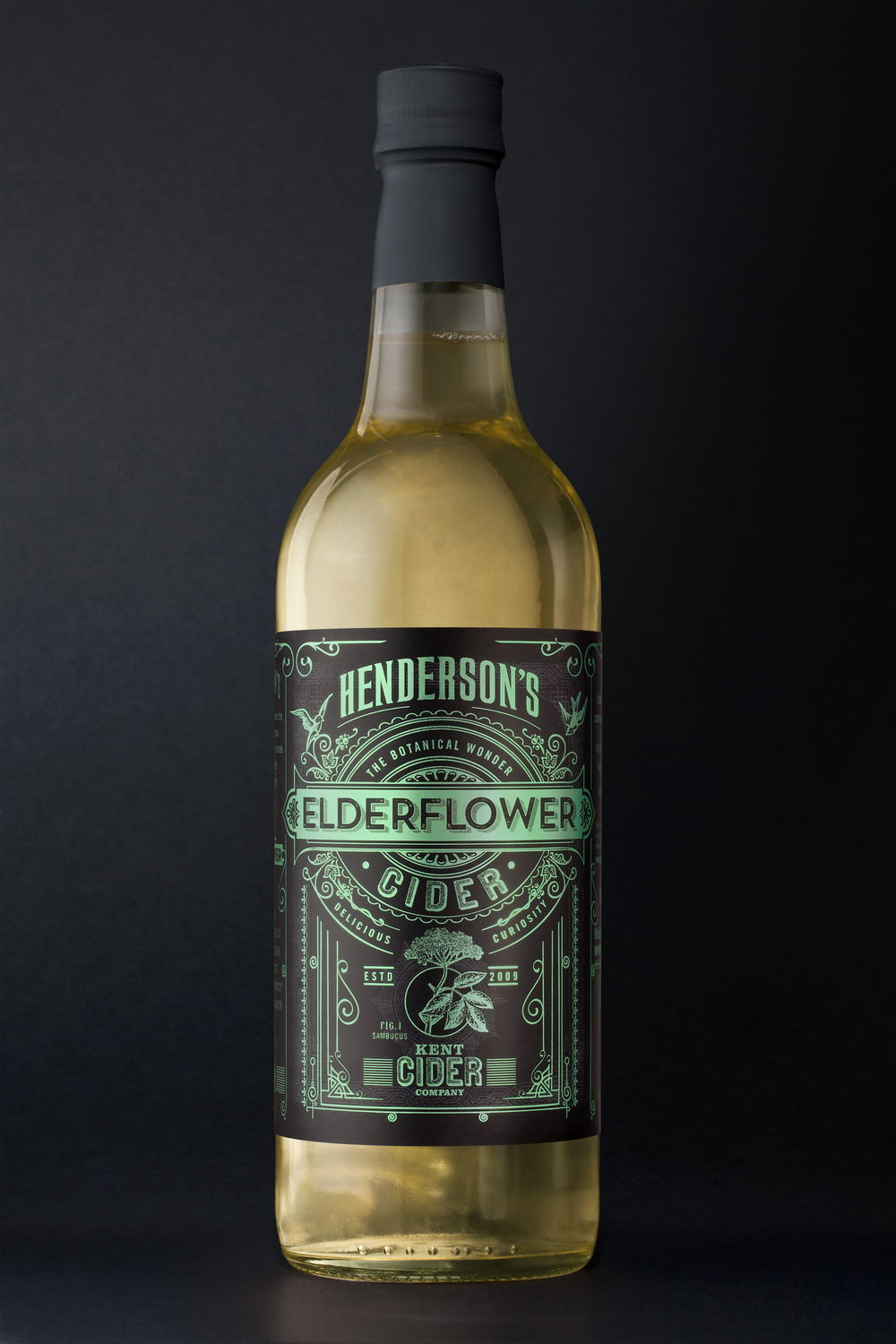