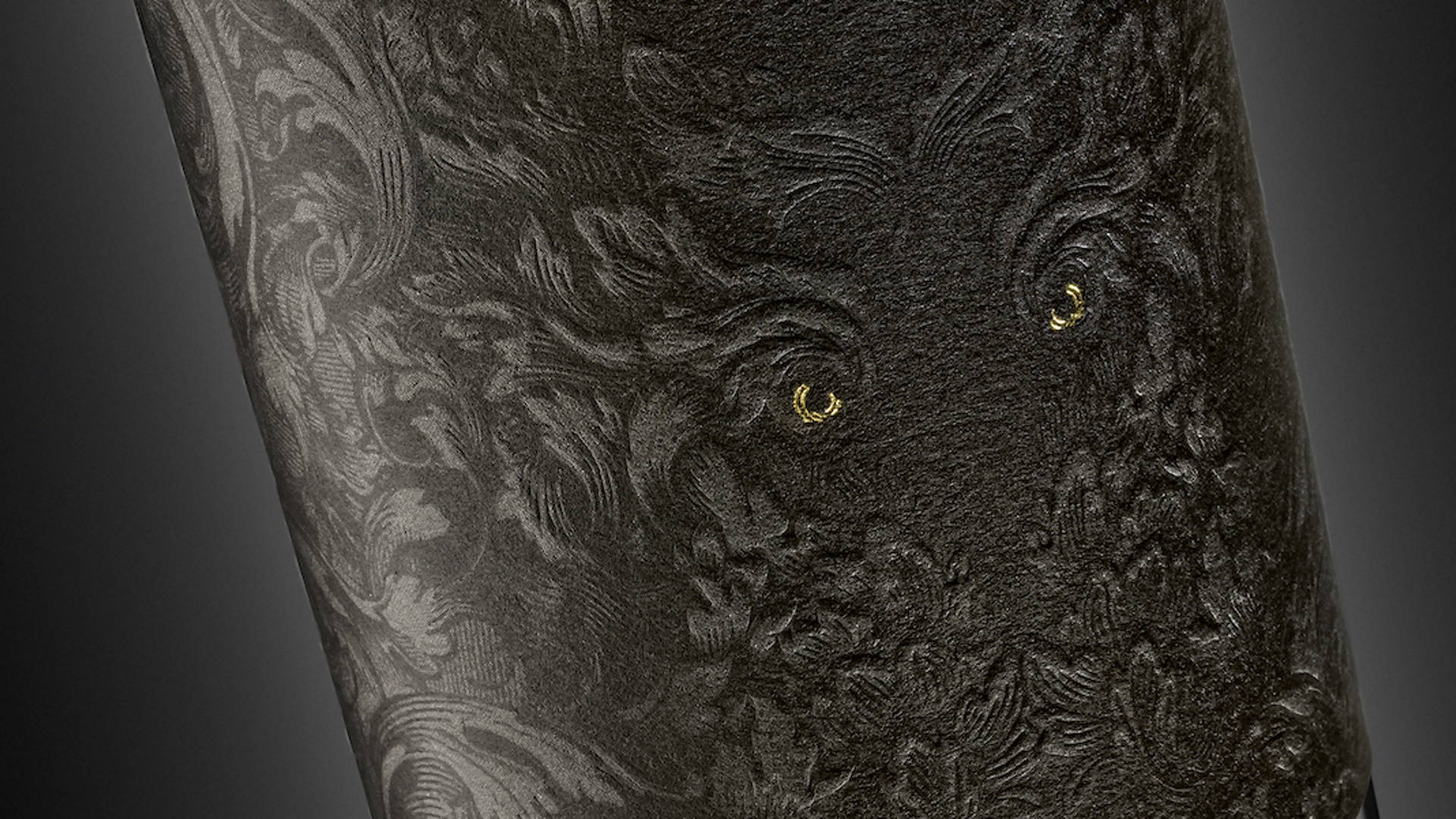 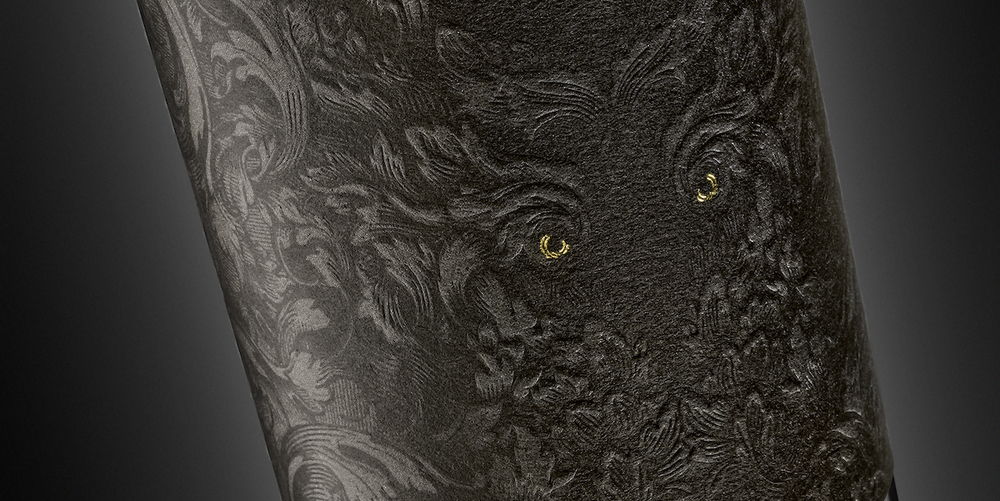 Look closely or you might just miss it. The Villain is a limited edition wine from 2014 with a flavor that is strong-willed and undeniably unique. TSMGO (The Show Must Go On) developed the packaging to get the consumers’ imaginations going and communicate mystery and majesty at the same time. With moody, dark hues and an inviting texture, it pulls one in just as much as it encourages them to stop and stare before making their next move. The label almost looks like an intricate, old-fashioned wallpaper, but within the design it’s possible to see two glowing, yellow eyes staring back. 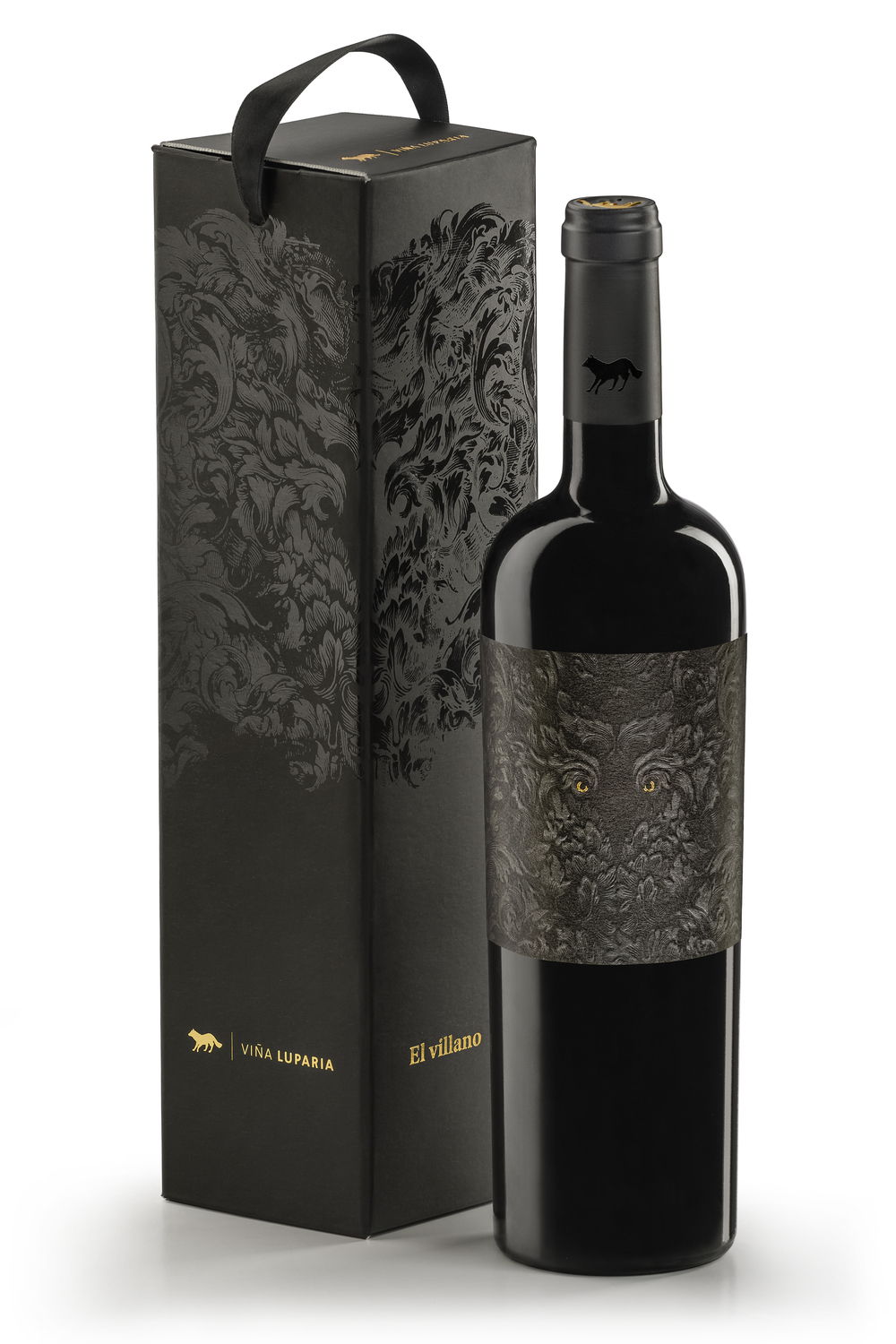 “Associating wine with a powerful and enigmatic character who break out from the rest of the pack remaining true to its essence. Lycaon, the first man who dared to challenge Zeus, received as punishment becoming the first lycanthrope. Zeus never thought maturely and reflection, Lycaon discover the fullness of its new form. The nature of Lycaon now enjoys freedom, comfortable in the shadows, watching for any opportunity to break with the status quo. The look of the villain pace restlessly in the dark.” 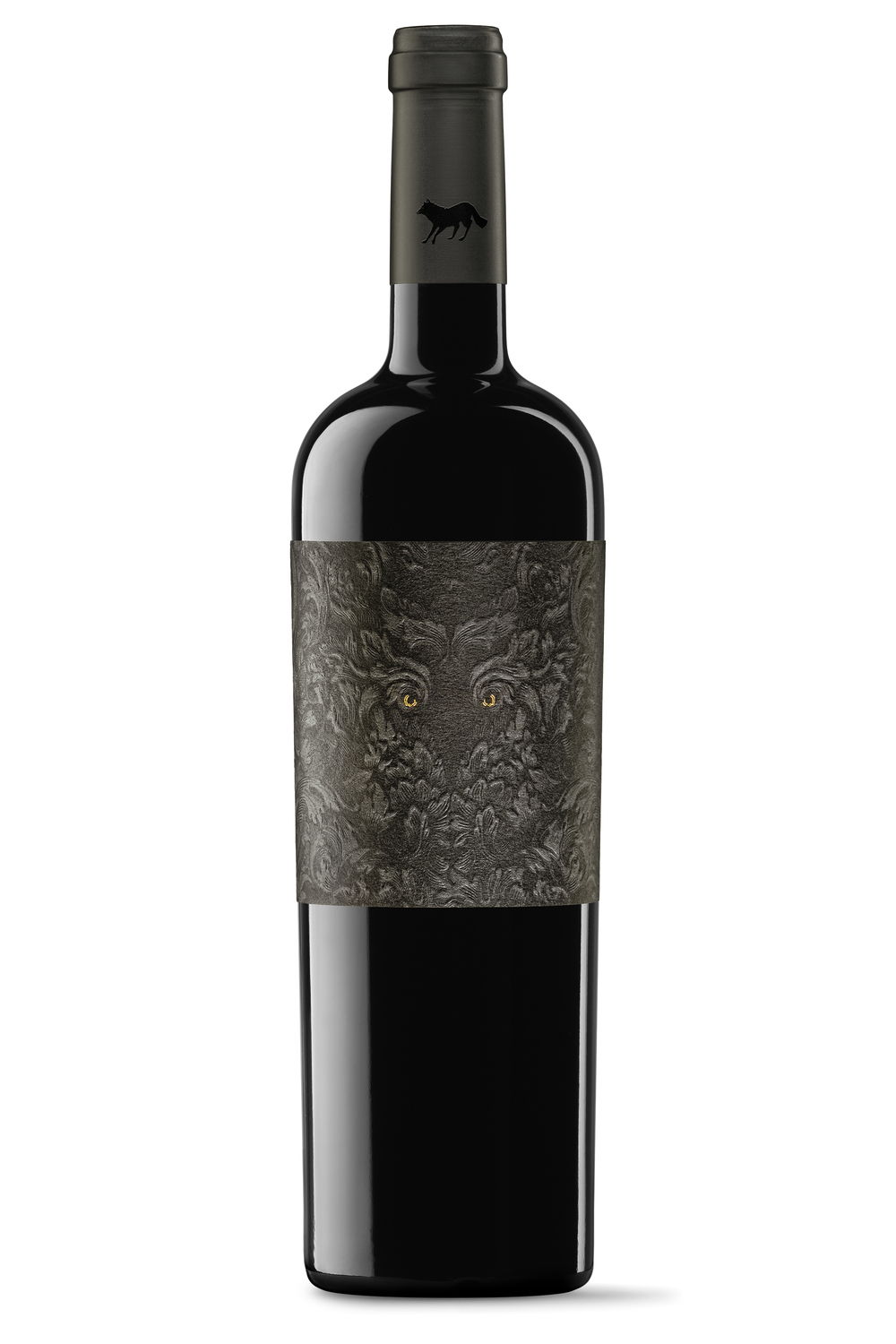 “The silhouette of the villain is built with few elements, technically complex: A recreation of a vine leaf motif with a set of black on black where the contour of the figure of the wolf and its mystery guest. The cottony texture of the paper invites touch and test the application of relief gives depth to the whole. Finally stamping golden eyes of the villain creates a contrast and an inescapable focus of attention.” 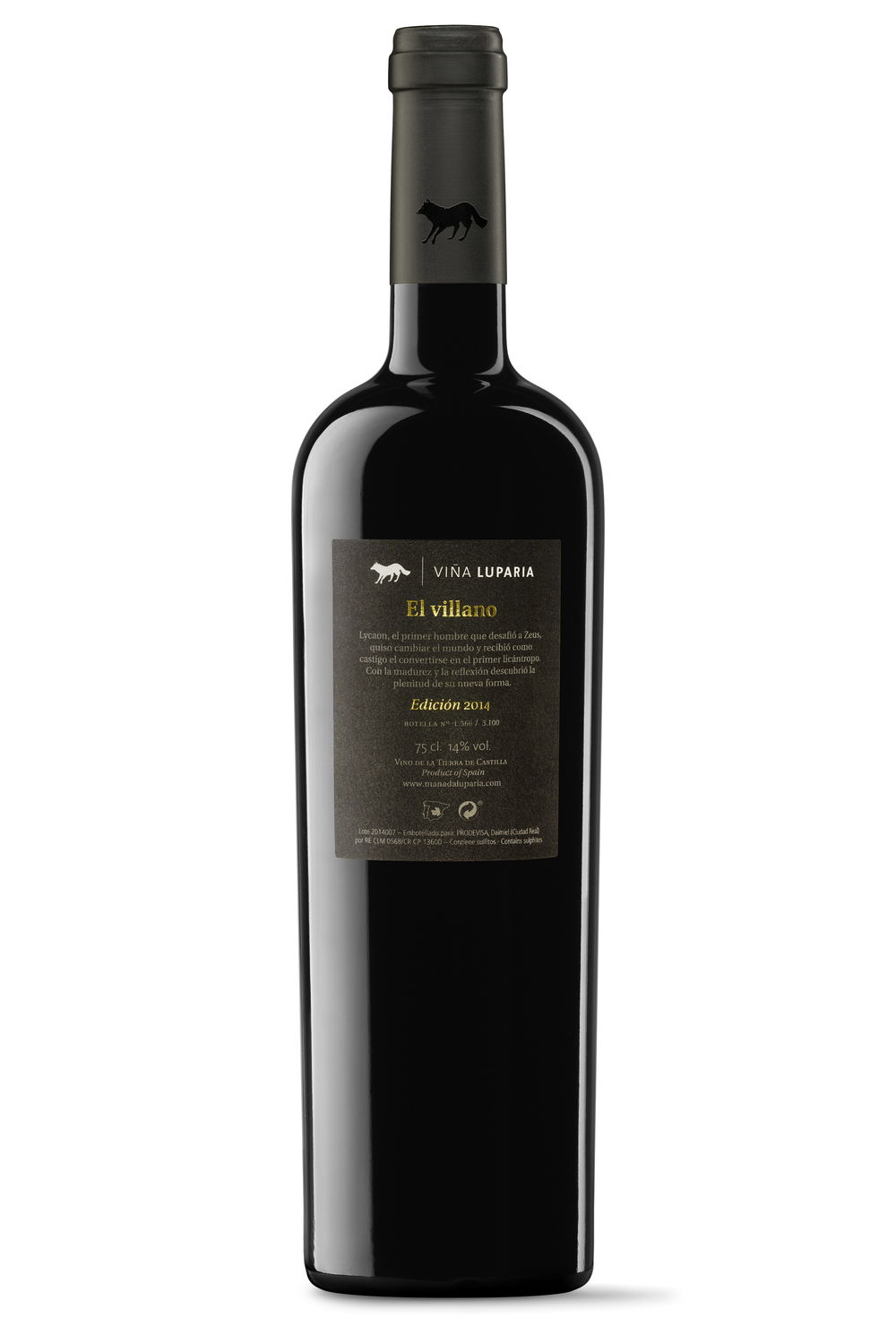 Designed by: TSMGO (The Show Must Go On)