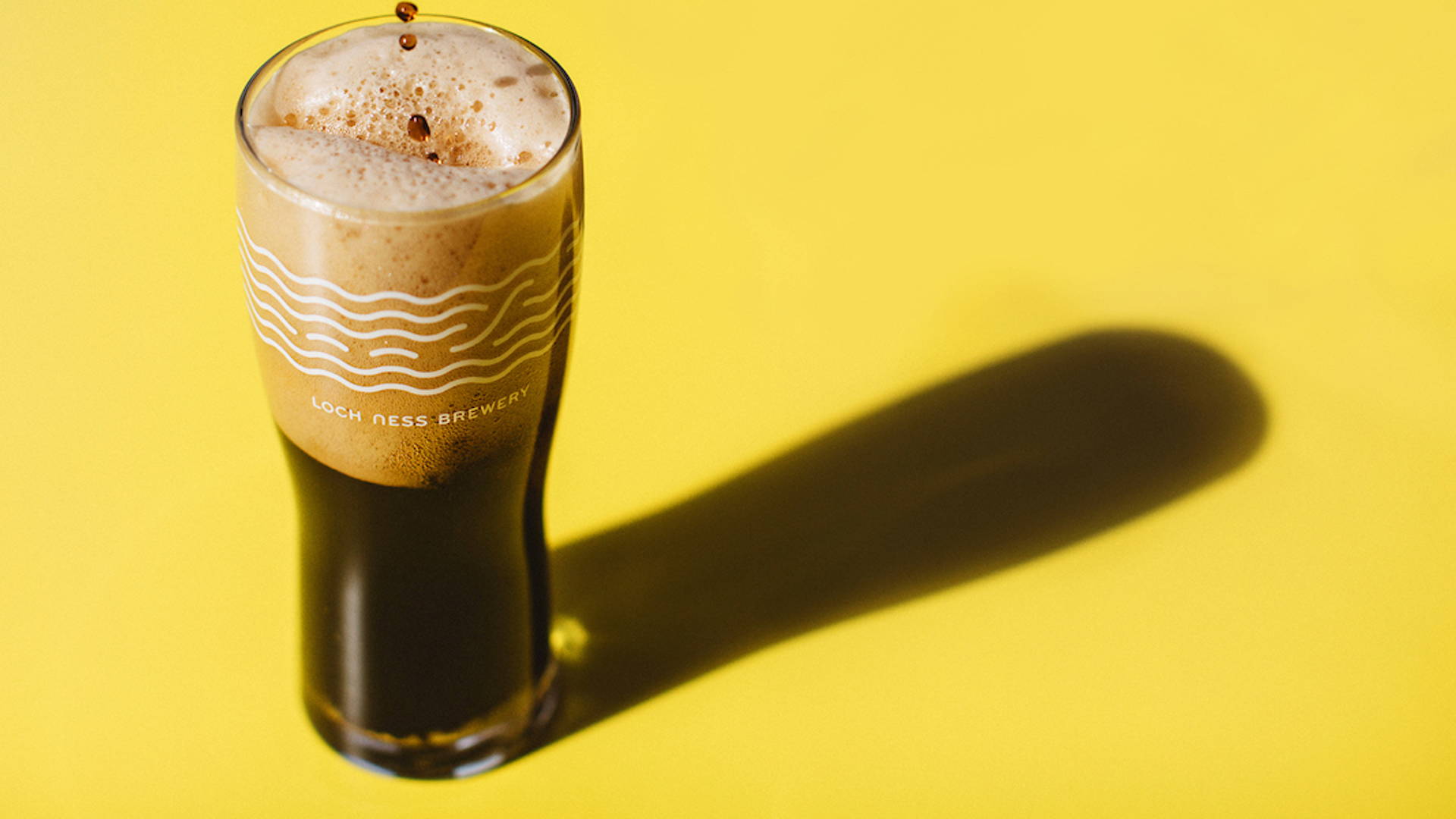 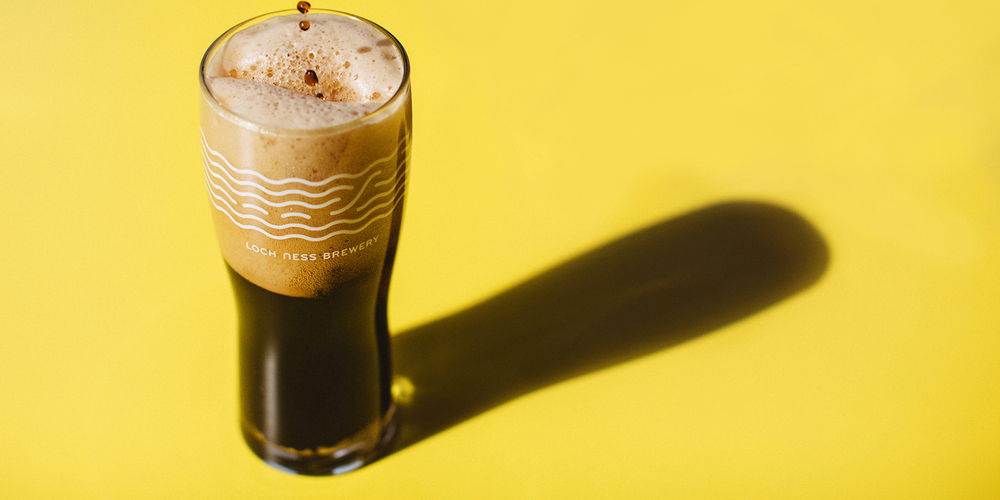 Ah, the elusive Loch Ness Monster. Whether or not you believe in Nessie, you’re sure to enjoy this line of craft beer. Designed by Thirst, the brewery aims to brew monster beer that’s packed with flavor. 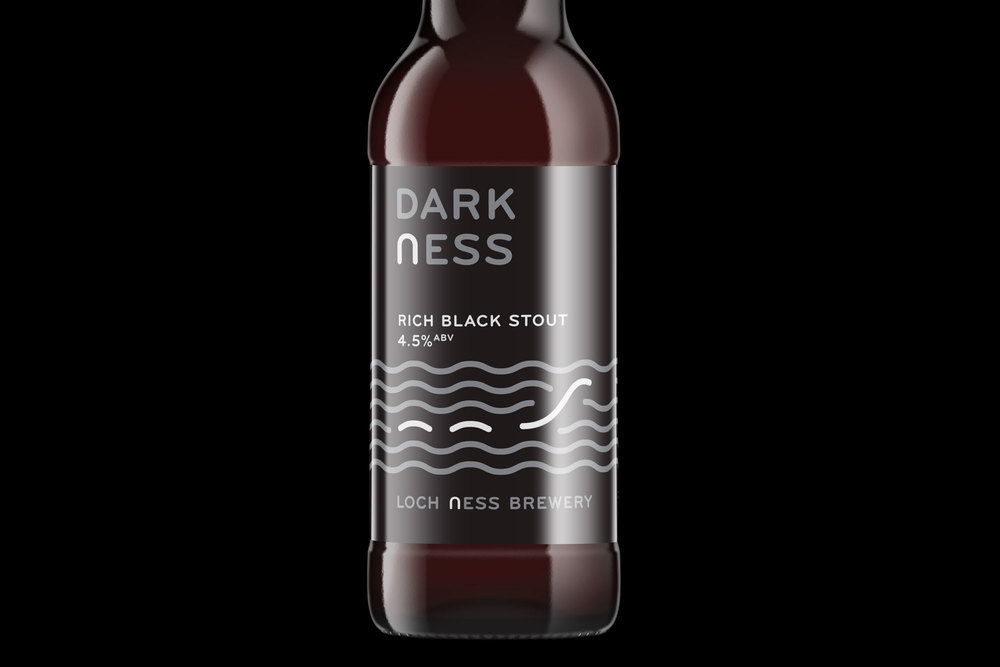 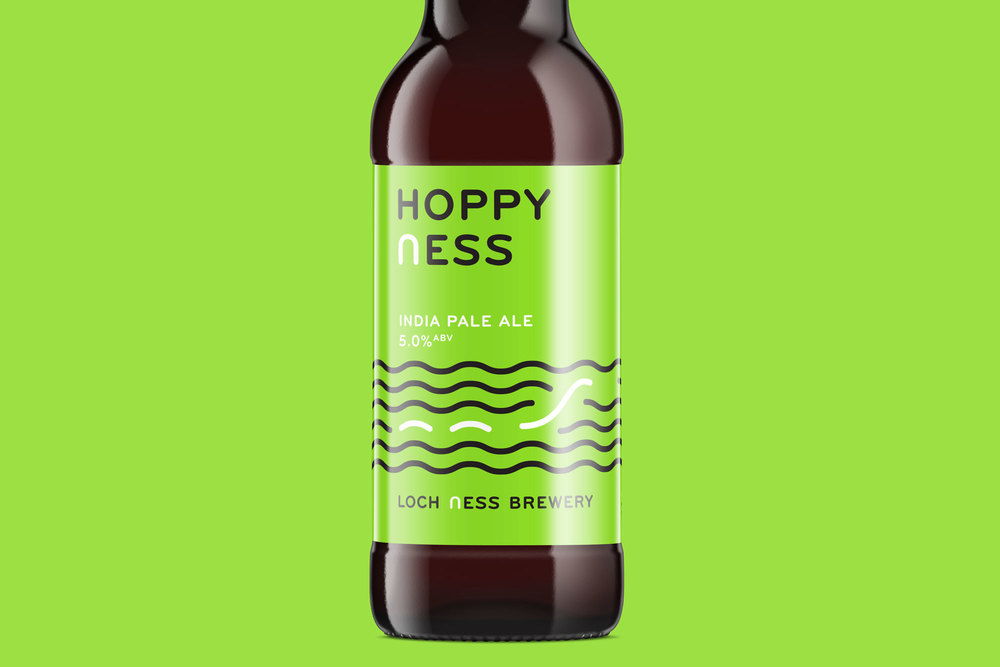 “Our challenge was to create a concept that harnessed Nessie, an iconic Scottish legend, in a way that appeals to all beer drinkers. No ginger hair and fluffy hats. No big scary teeth and claws. We have never believed in design requiring lengthy explanations in order for it be understood. We believe in design that communicates a precise message. What we have produced is an idea, based on one’s search for Nessie, and executed in it a very simple way.” 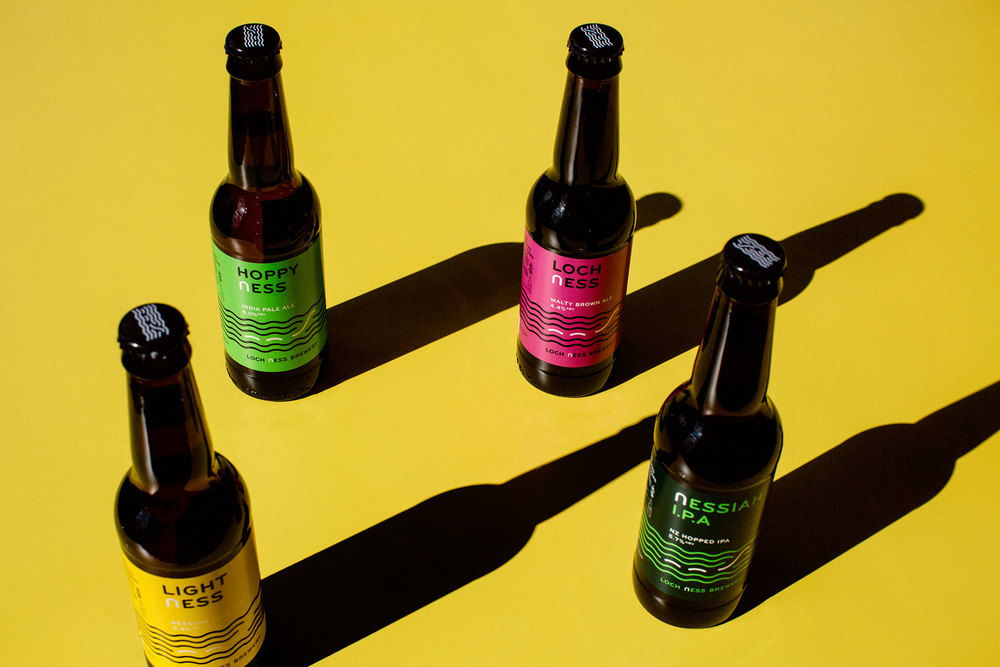 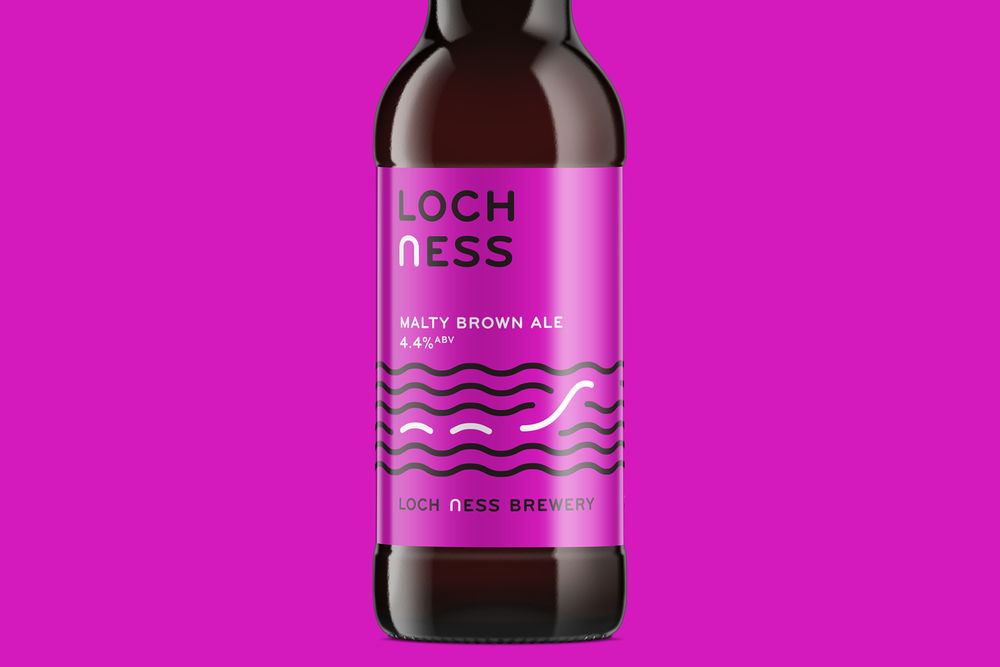 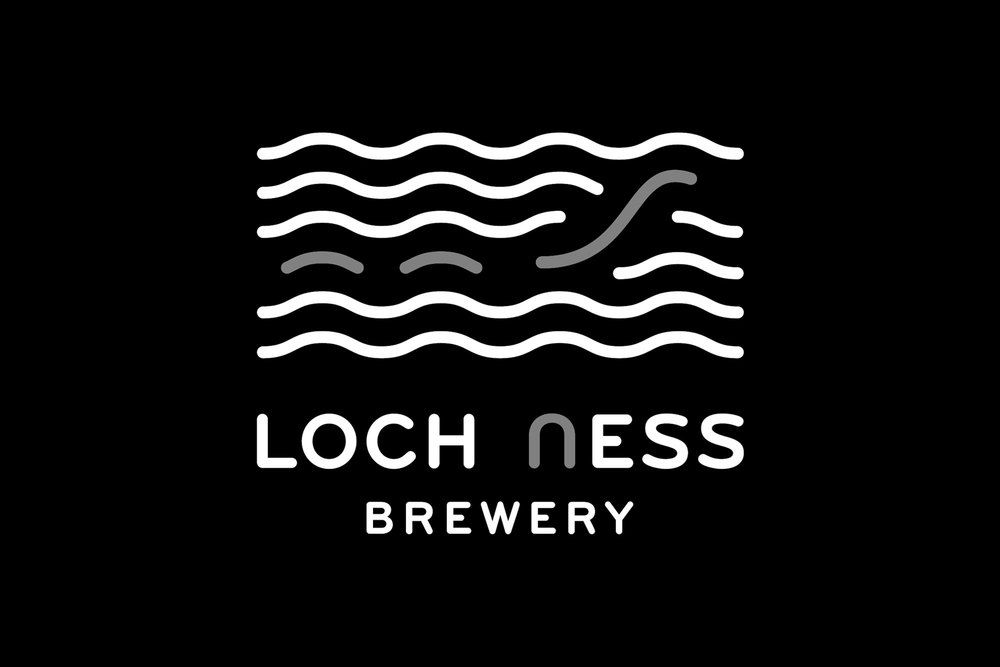 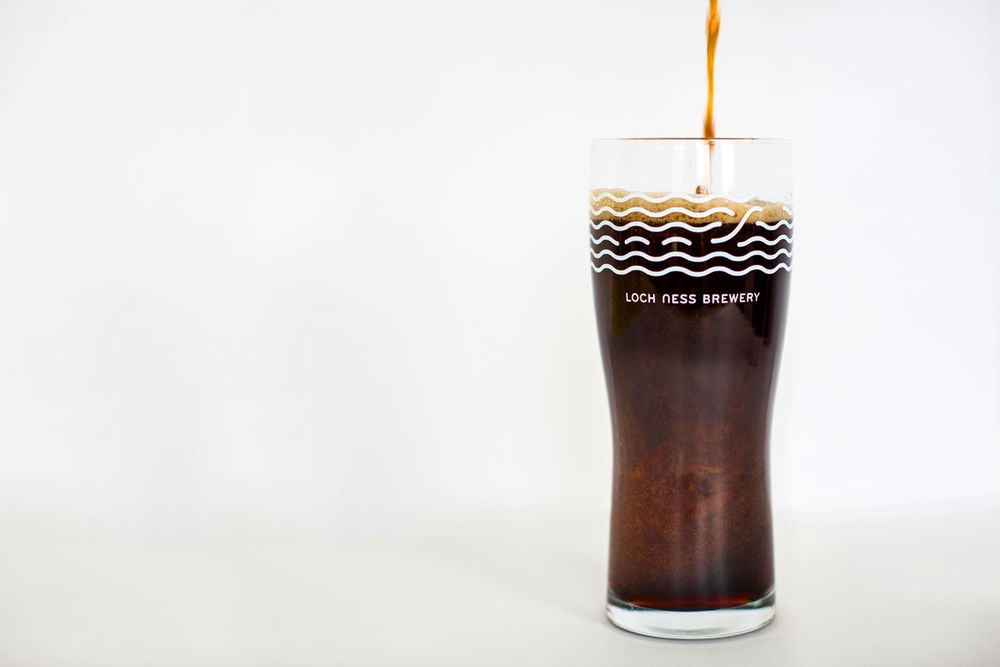 “The concept is based on someone’s behaviour when visiting Loch Ness for the first time. When you’re standing at the banks of Loch Ness, you can’t help but look for Nessie. The primary idea of our concept is of Nessie emerging from the waves in a way that suggests your eyes are deceiving you. ‘Did I see that, or are my eyes playing tricks on me.’”

Loch Ness Brewery incorporates just the right amount of fantasy and realism, allowing consumers to create a bit of their own experience each time they drink one of their beers. The name “Ness” makes it into each beer type’s name, and the water waves and head of Nessie imply a sighting of the monster. It embraces a piece of Scottish culture while still embracing a bit of the elusive characteristics of Nessie. 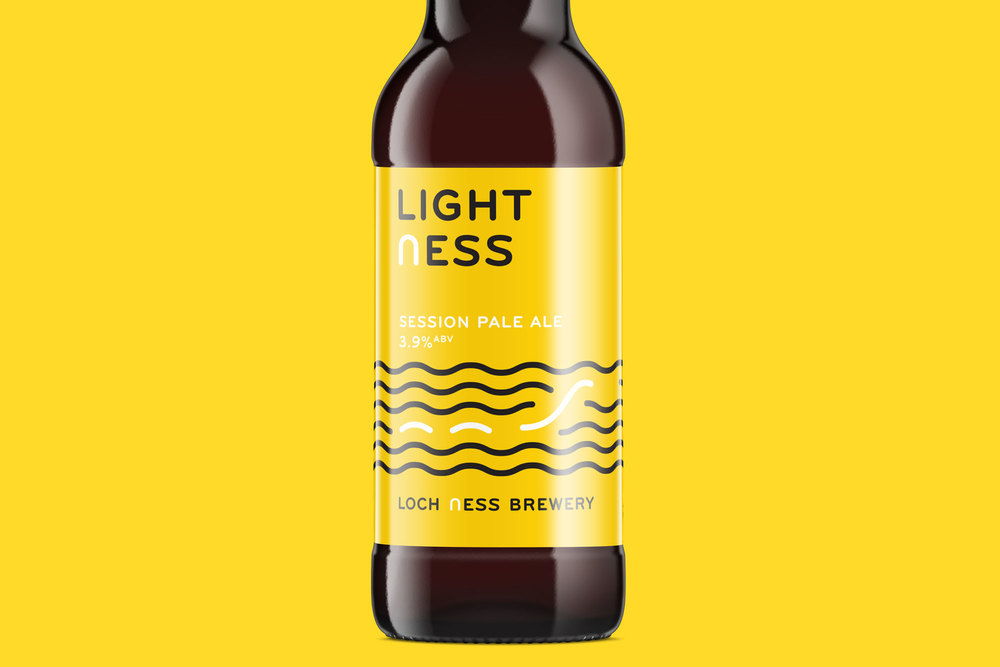 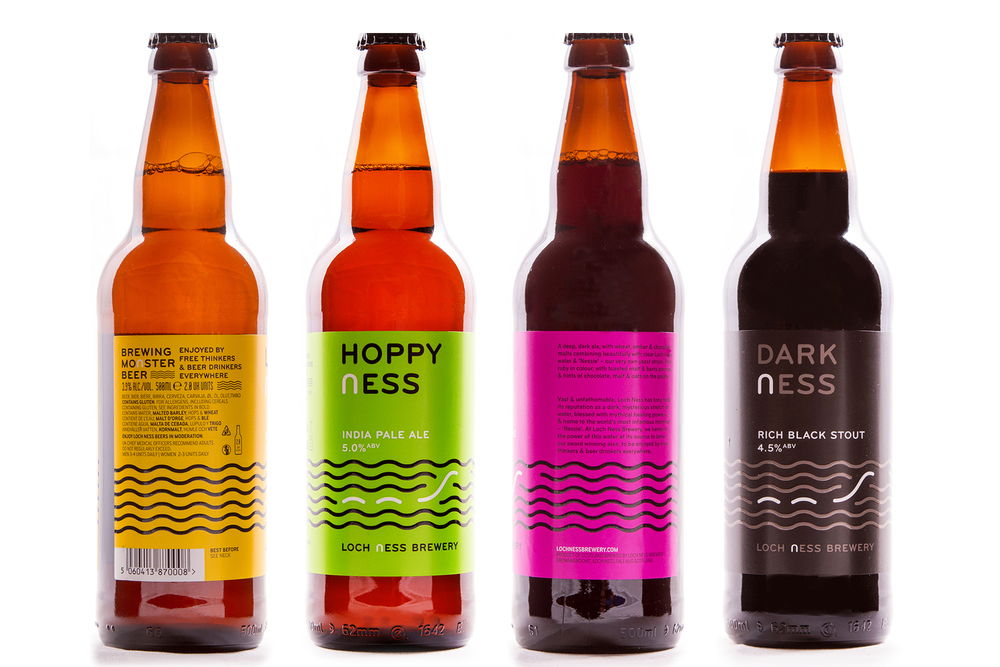 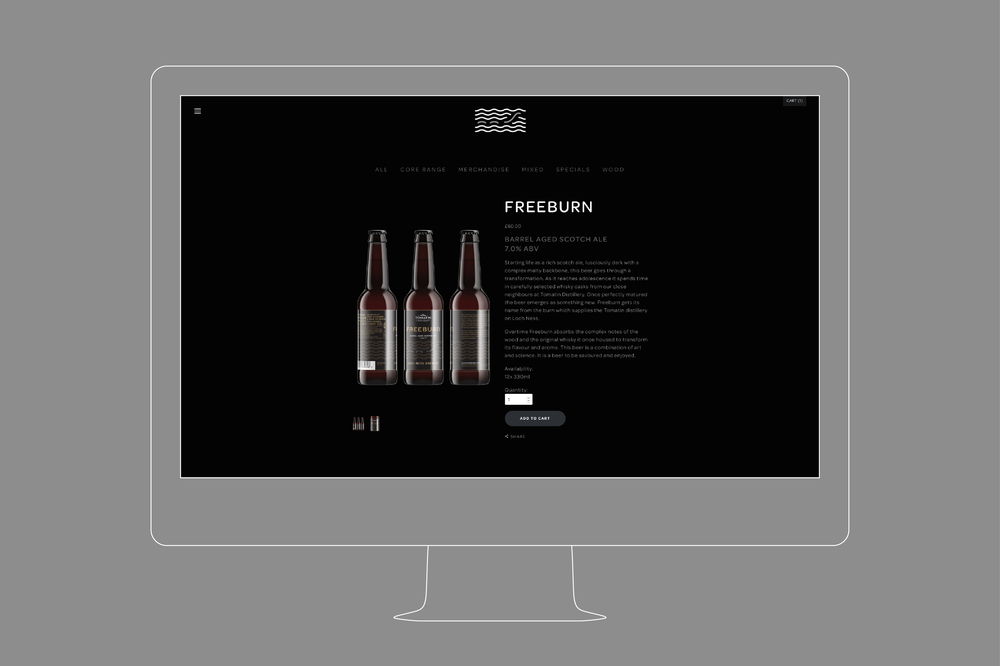 “This idea is captured and executed it in a contemporary, sophisticated way that everyone understands and can relate to. The brand has a consistent feel across keg, cask and bottle, with the Loch Ness beers instantly recognisable across the range. With the minimalist approach and bold colour palette, we believe that the labels jump off the shelf.” 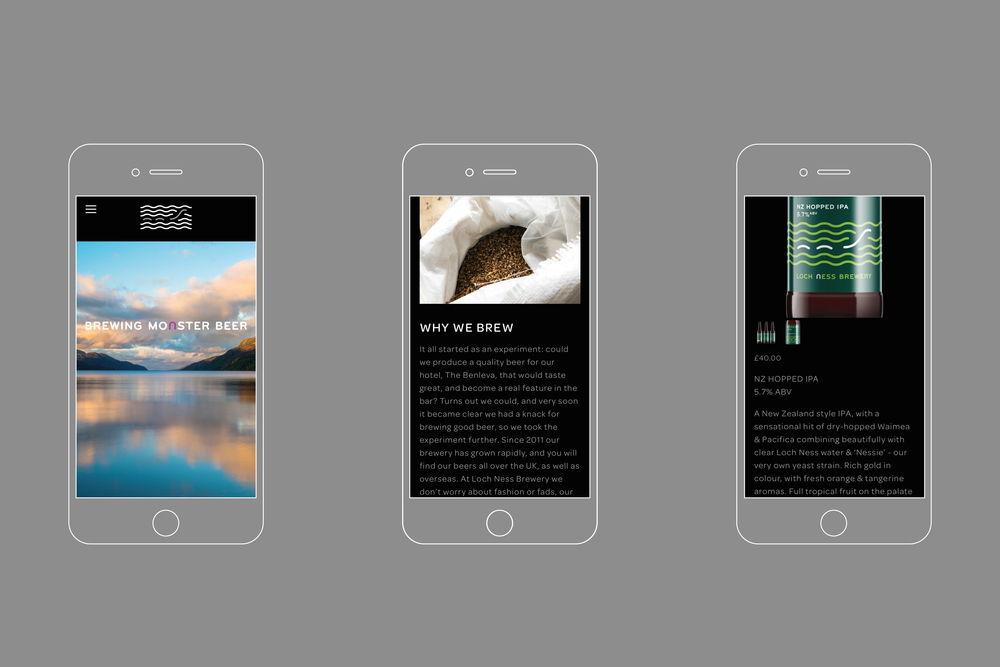 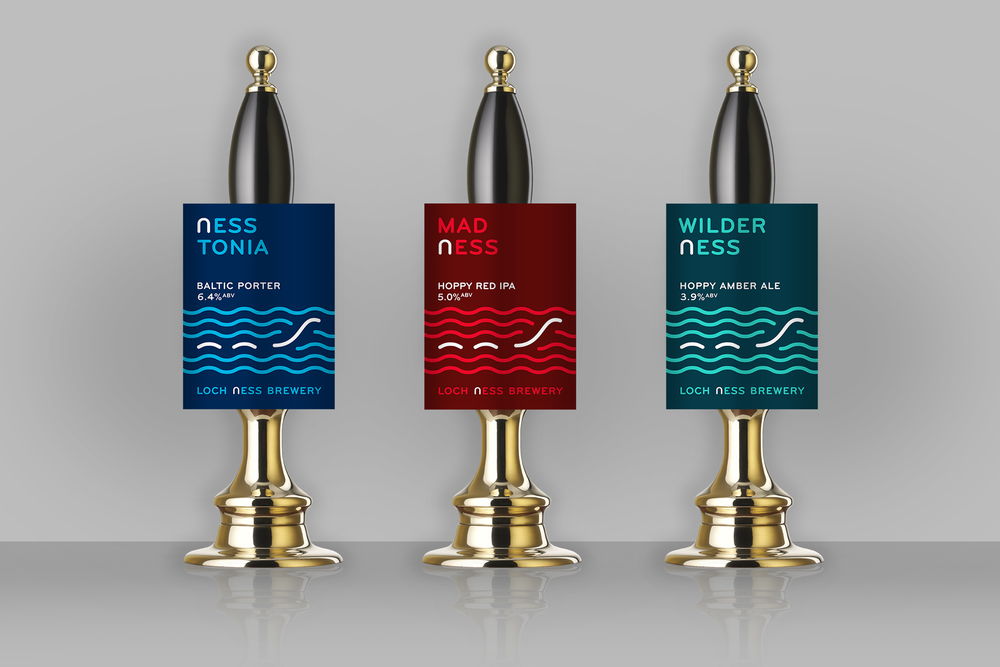 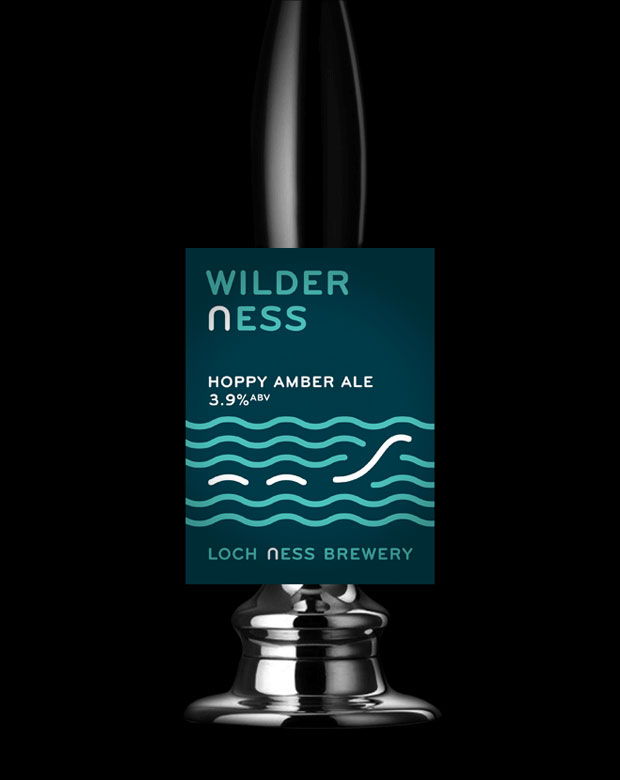 “However we wanted to ‘seal the deal’ once a customer has the bottle in their hand. Budget restrictions are always surrounding print production when working with small batch brewers. Therefore, we needed to provide a solution that gave the labels extra impact, but didn’t dig too harshly into the brewery’s margin.”

“The print production utilises a high-build varnish over the waves and Nessie. This high-build varnish gives the most fundamental aspects of the brand identity further enhancement, brand impact and memorability. A high-build screen is a one off expense for the brewery, with the application of the screen having no great impact on the cost per label.”