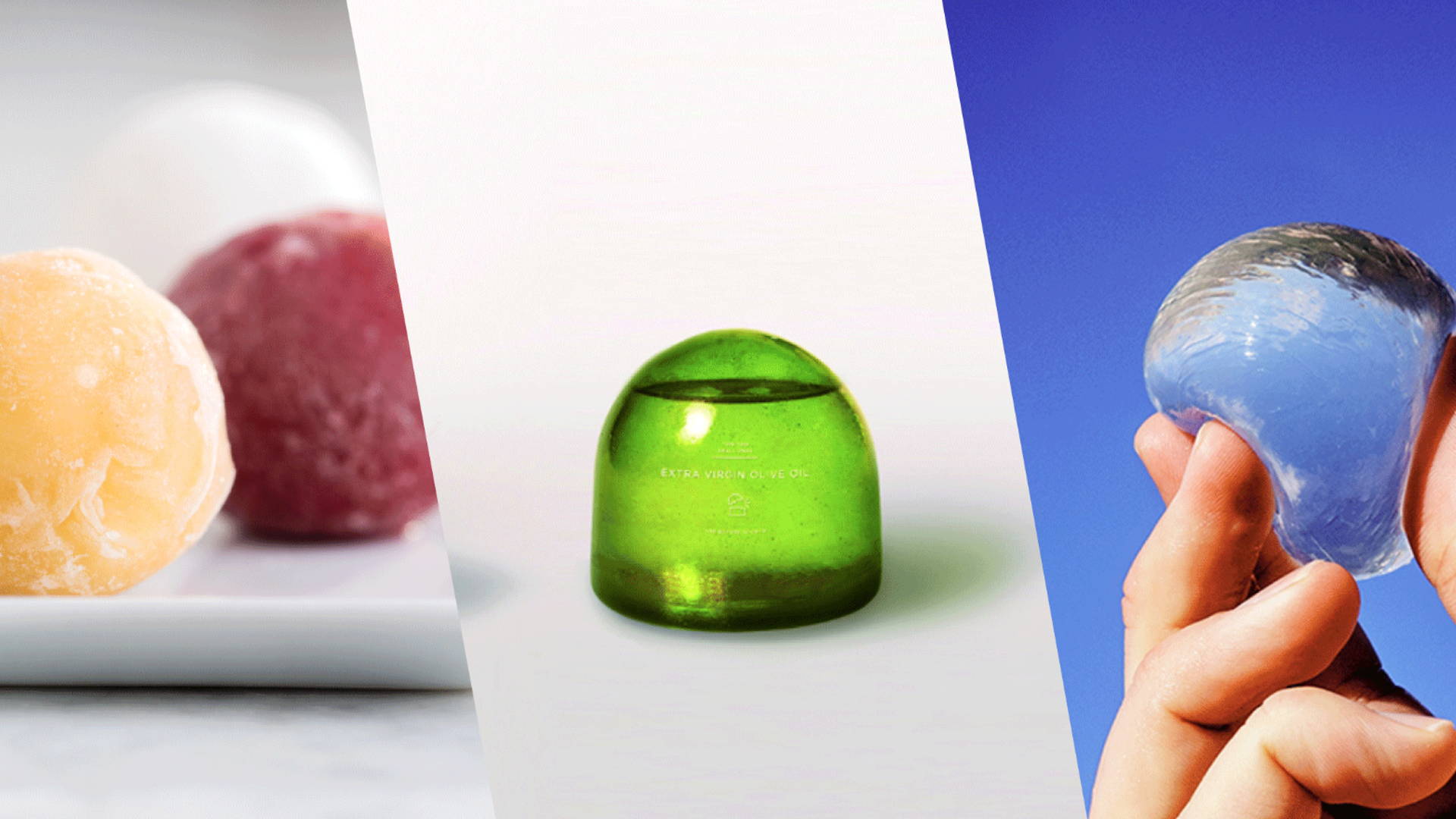 Imagine never needing to sort through your recycling, separating glass, cardboard, plastic, and metal. It’s not that you would just ignore recycling altogether; instead, you’d be shopping at places that have adopted the idea of precycling, a way to eliminate waste before it’s even created. By providing items in their pure form without additional cardboard, wrapping, or packaging, there’s simply nothing to throw out later.

We’ve seen some interesting designs that seem to lean in this direction. Ooho!, for example, is essentially a blob of water that you can just pop into your mouth, no plastic water bottle required. The Dieline has also featured Tomorrow Machine, a design studio creating food items with packaging comprised of caramelized sugar coated with wax, which then melts when it is used and comes in contact with water. There’s also Stonyfield’s Frozen Yogurt Pearls, which are scoops of organic frozen yogurt enveloped in delicious edible skins.

None of these designs create trash or recycling, but is precycling something that you can expect to see in full force in the States anytime soon? In a recent article, The New York Times asks if Americans are ready for this notion. 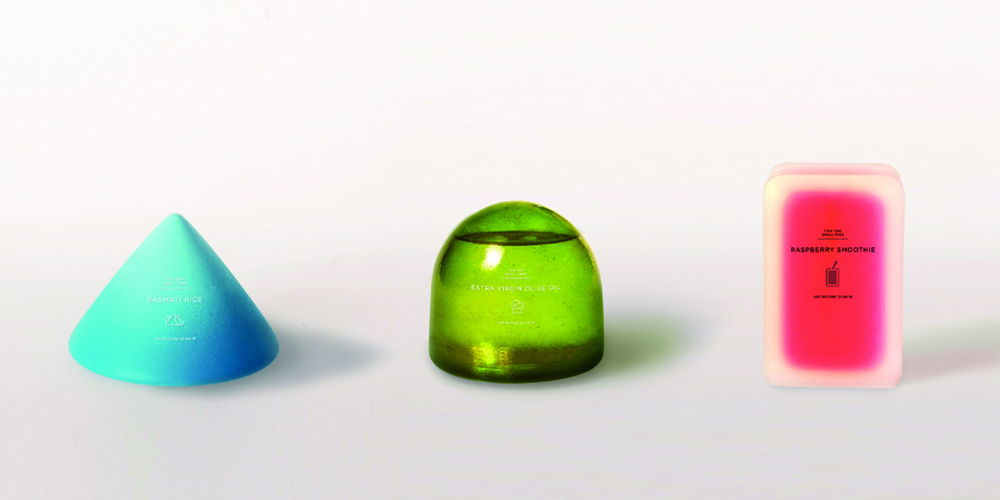 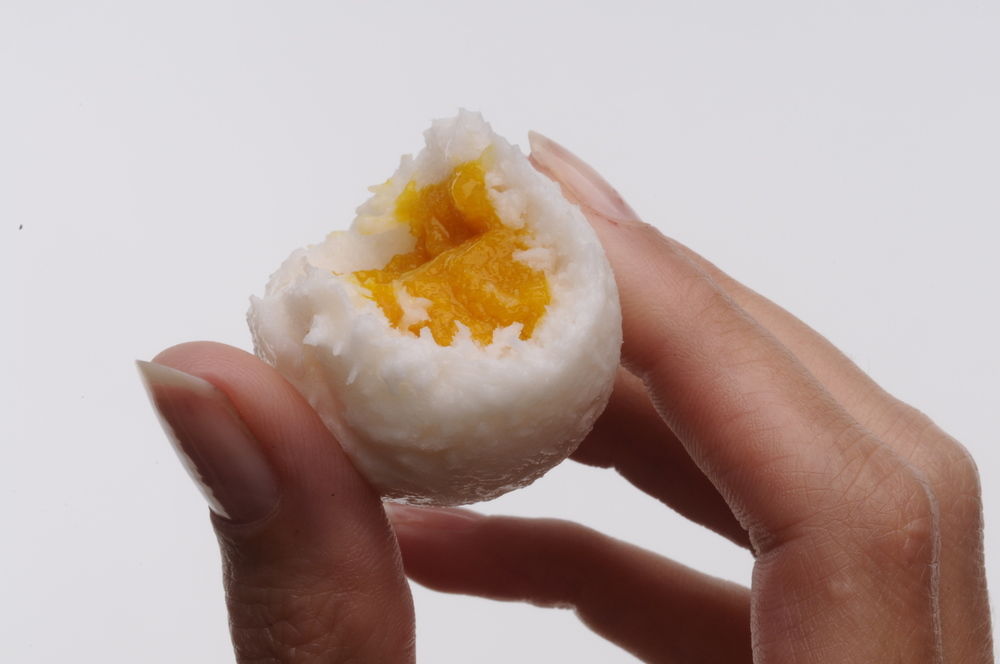 “It’s been 20 years since the Environmental Protection Agency began a media campaign to introduce precycling, but it’s yet to catch on in any substantial way with Americans. Now, a new breed of mostly European store owners, who are as aesthetically sophisticated as they are ethically minded, are trying to change how we shop by presenting the market as a curated space.”

“Precycling offers a secondary reward as well, by making us re-see what we’re looking at. Most packaging hides the good stuff, but there’s no hiding the gorgeous greens and golds of the olive oil varietals poured from big blown-glass teardrops at the French bulk shops Day by Day. There is nothing hippieish about any of their nine markets: Some resemble Candyland, all primary colors under dancing glass mobiles; others are almost monastically white.”

“Rethinking and reinventing groceries in the interest of the environment would require the cooperation of manufacturers, as well as consumers. Americans are like the Felix Unger of the retail economy, with a reputation for fastidiousness — that’s why so many products are packaged and shrink-wrapped in layers of protection: Nobody’s touched those coffee beans since Juan Valdez grew them. But we weren’t always so persnickety; we used to buy pickles or crackers or penny nails from bins. Big Grocery, like Big Pharma, might argue that packaging provides 21st-century security, and that precycling on a grand scale is impractical. Not true, say these European shopkeepers: Their places are updating the old American general store cracker-barrel approach, while making hygiene a priority.”

Read more about The Anti-Packaging Movement on The New York Times. 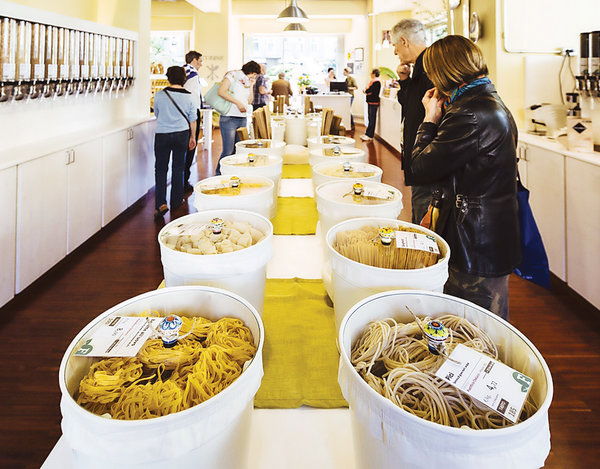 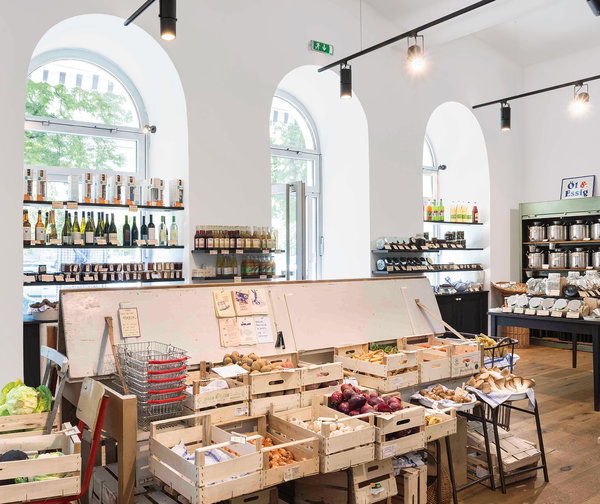