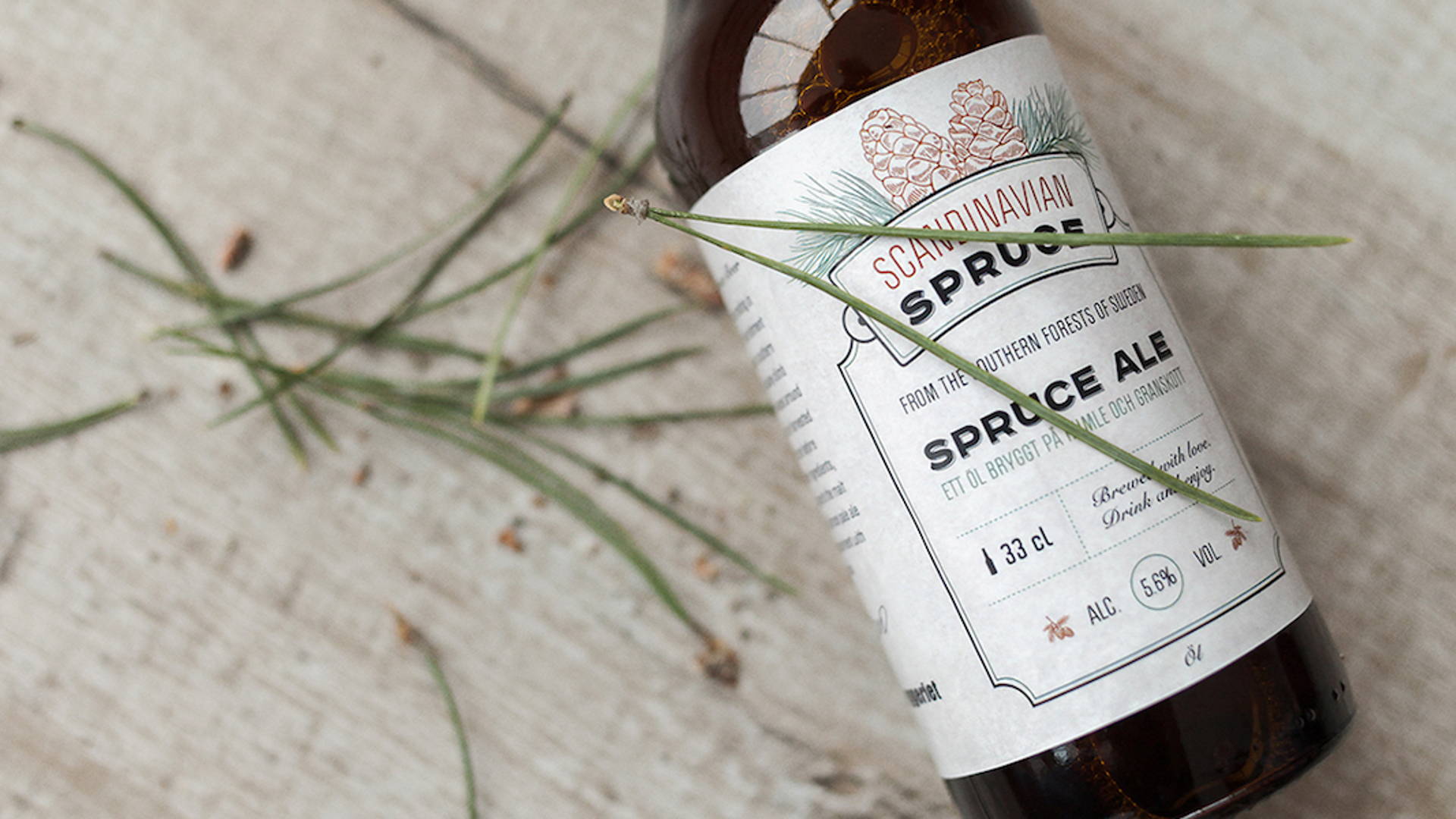 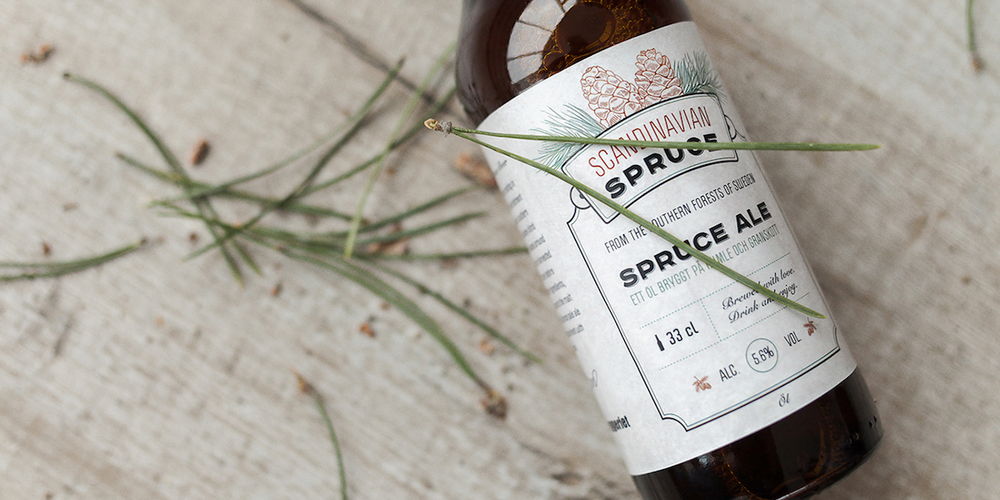 Can’t you just imagine the mellow yet tart flavor of this spruce ale? Designed by Vitaliya Zhyriakova, Scandinavian Spruce Ale is a delightfully refreshing and flavorful craft beer from Sweden. 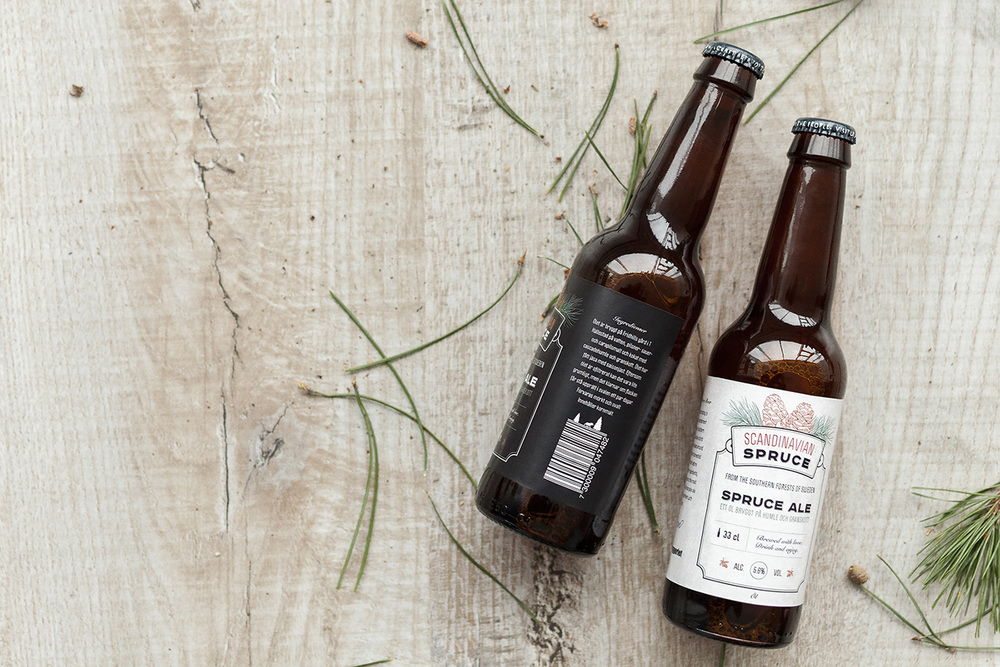 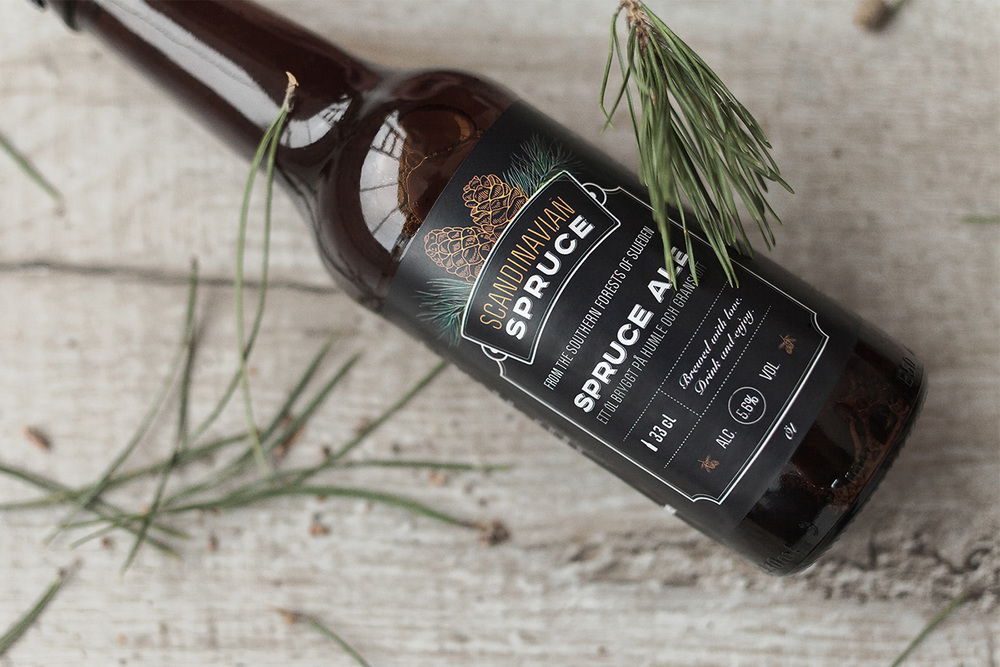 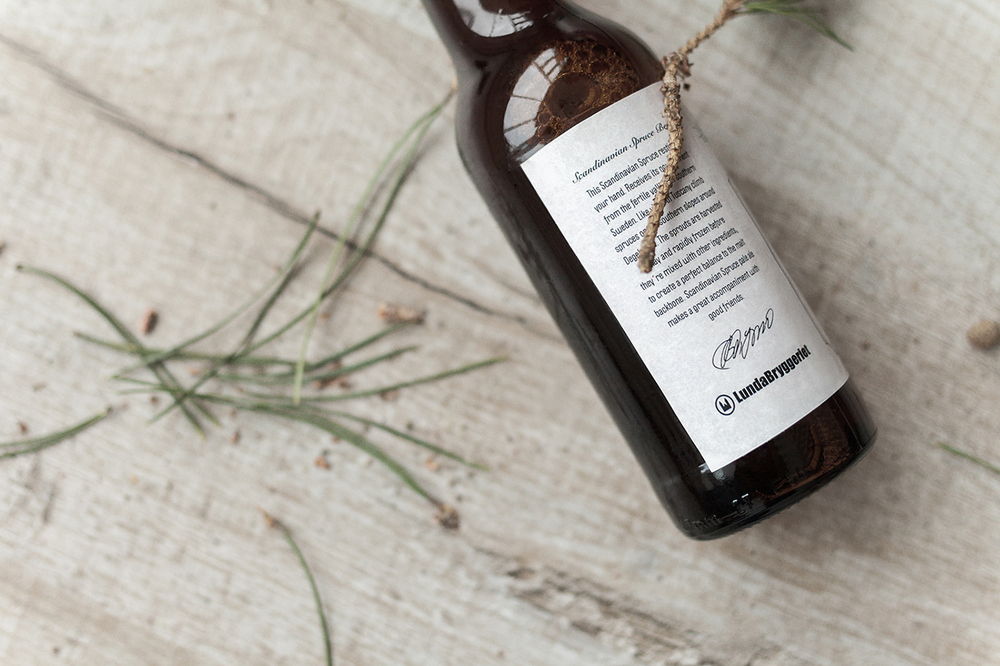 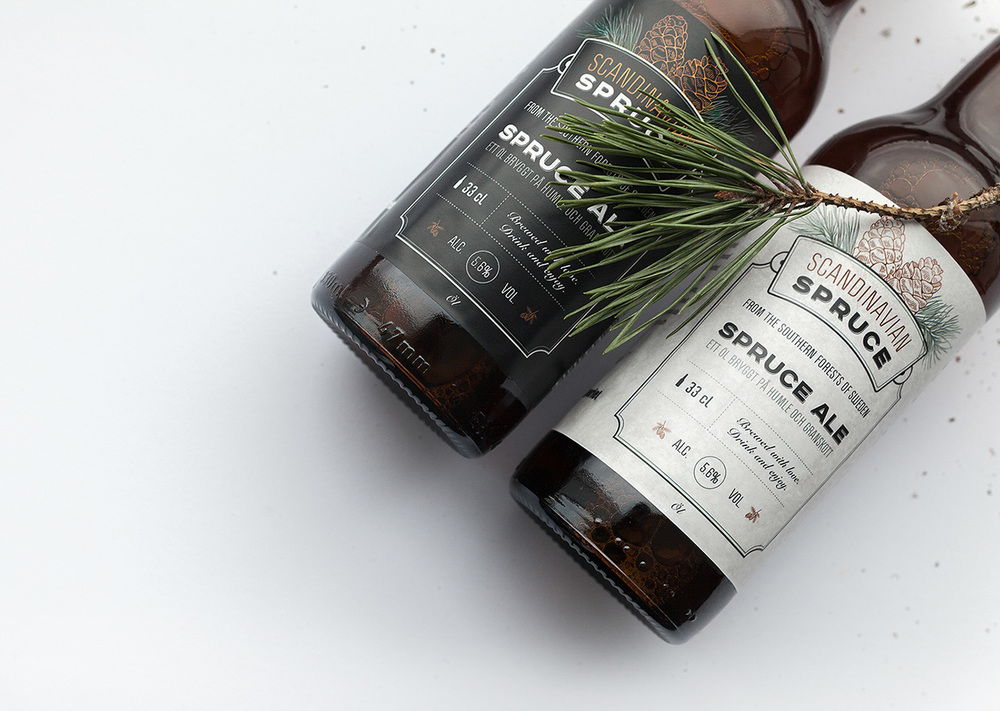 “Spruce Ale is a beverage flavored with the buds, needles, or essence of spruce trees. Trees and their branches, barks, and berries have been used traditionally for flavoring beers, especially in Scandinavian countries, for hundreds of years. Juniper, spruce, and fir are some of the most common. Delaware’s Dogfish Head Brewery recently revived the Finnish Sahti, a traditional beer made from rye, barley, and juniper.”

Scandinavian Spruce Ale takes an incredibly methodical yet beautiful approach, with the label laid out in a perfectly clean manner. A thin border runs around the text on the front, and pine needles and pine cones pop up at the top, a clear indication of the type of beer. The thick sans serif font and the delicate script combine to give the label depth without cluttering it unnecessarily. Black and white labels lend a bit of a minimalist look while also speaking to the crisp taste of the spruce ale itself. 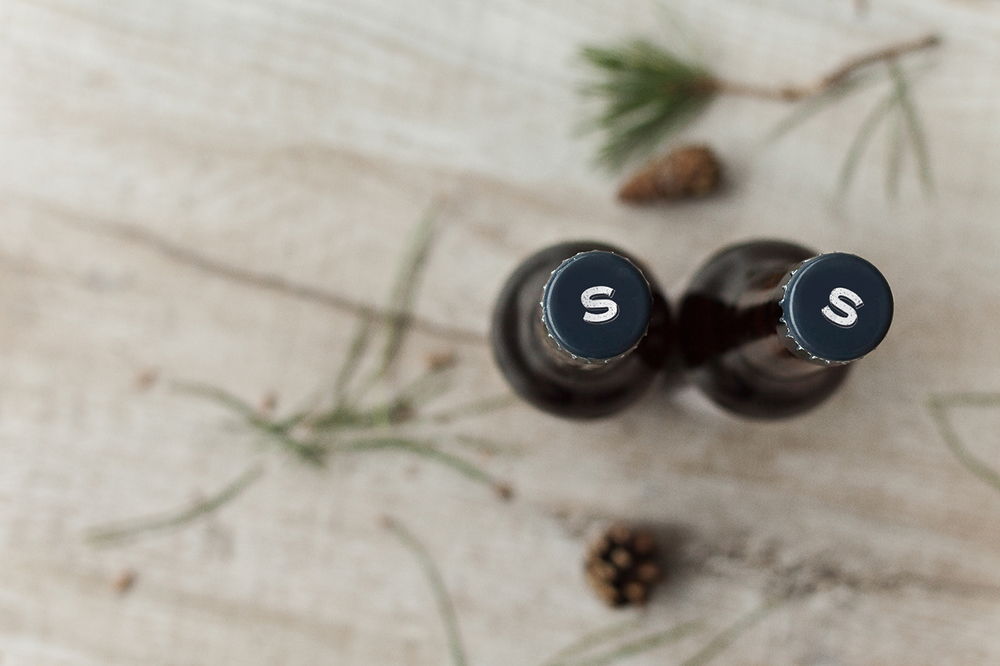