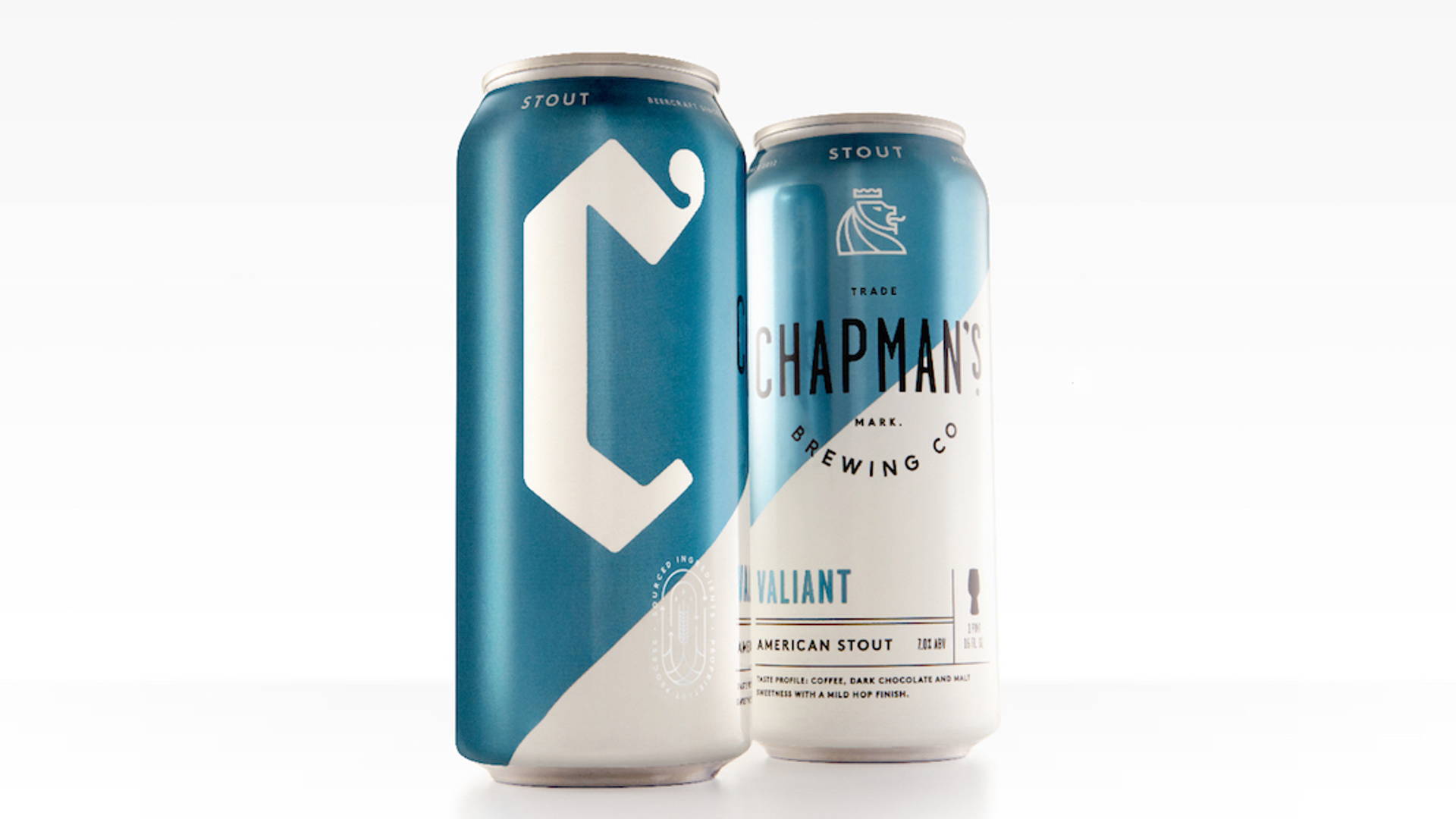 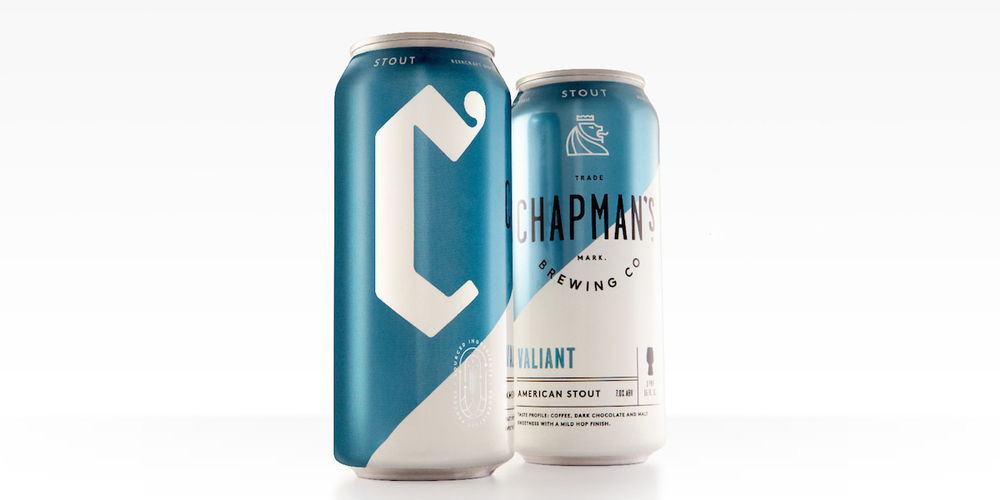 Up in the lake country of northern Indiana lives Chapman’s Brewing Co., a craft brewery and taproom. Wanting to set themselves apart in a saturated market of craft beer, they asked Cue to develop the branding and packaging for their current line of brews.

“Known locally for exceptional quality beer, Chapman’s saw an opportunity to create a stronger brand that could be exported to a wider, regional audience. Competing in the eclectic, ever-growing craft brew category, Chapman’s wanted to be positioned as a consistent, quality brewery with an approachable and interesting portfolio of beers.”

“The Chapman’s lineup currently includes five brews, all based on traditional English and German pub-style taste profiles. Names and iconography were designed to express the individual personality of each beer. Together, the can designs present Chapman’s as a strong and distinctive brand, and the fastest growing craft brewery in Indiana.”

Chapman’s Brewing Co. is absolutely unmissable. Striking colors and fonts mix to create a beer that looks just as bold as it tastes. Each beer variety has its own unique symbol and the type is clearly described on the can, allowing even the most discerning beer drinker to find just the right brew for them. A large C is written in a more traditional font, while the tall and thin sans serif gives the beer a more updated appearance. The off-kilter line between the white part of the can and the bright color also pack a bit of personality and a modern look.