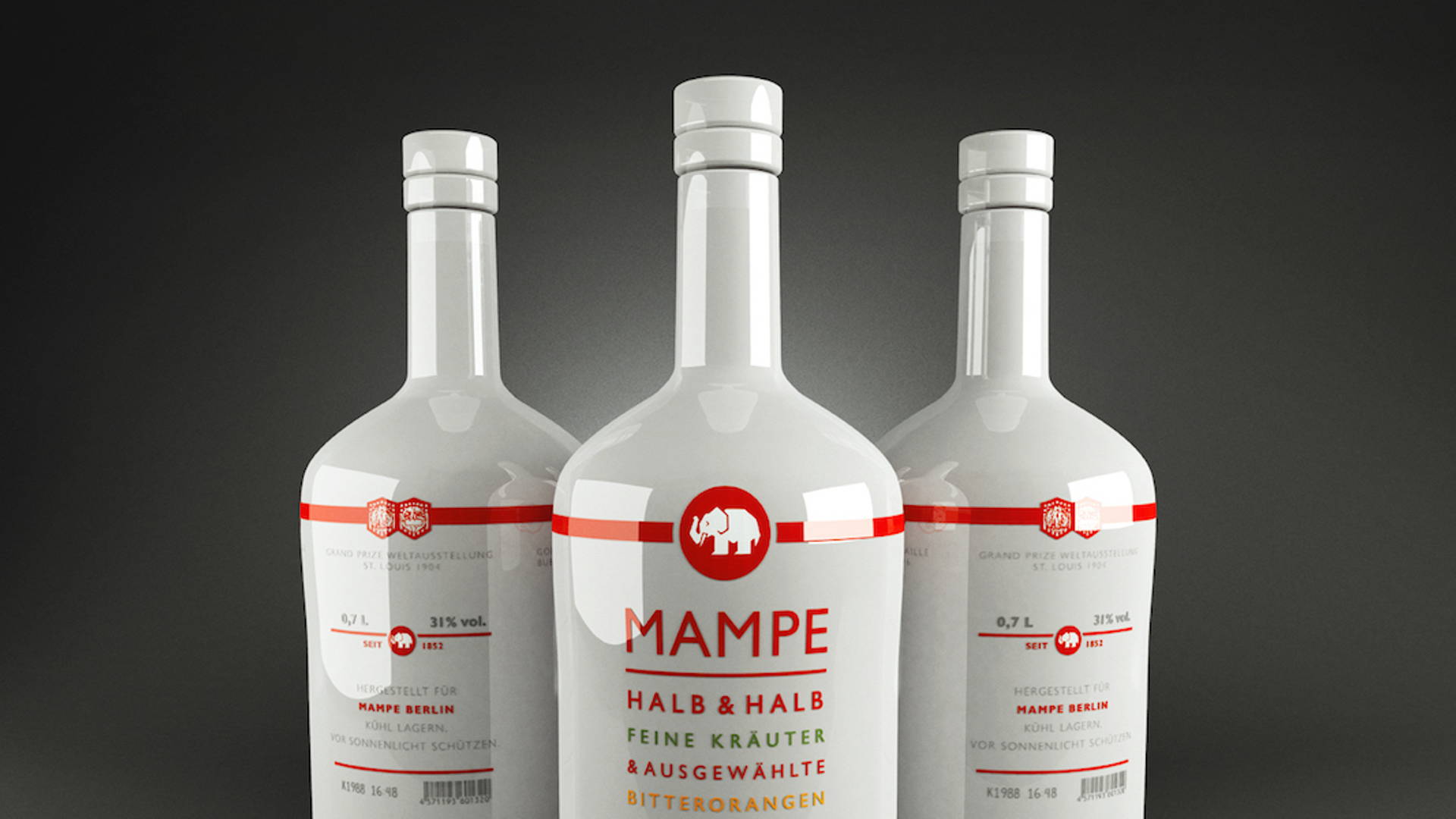 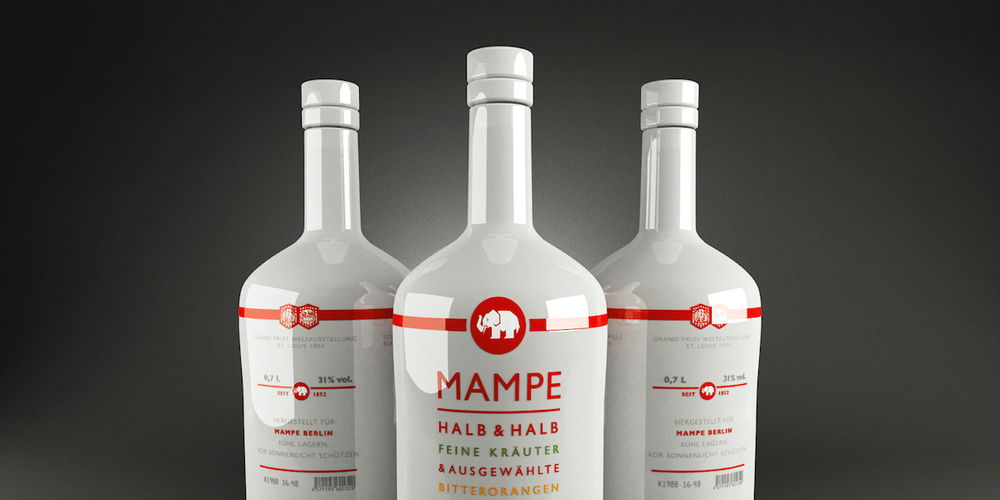 Back in the 19th century, the liquor manufacturing company Mampe was established in Berlin. Until the late 20th century, the brand experienced great popularity in Germany, with up to 70 products of liquors, brandies, and spirits appearing in thousands of shops around the world. To redesign their famous liquor, Mampe Halb & Halb, Ingmar Koglin was asked to give the traditional brand a bit of life. 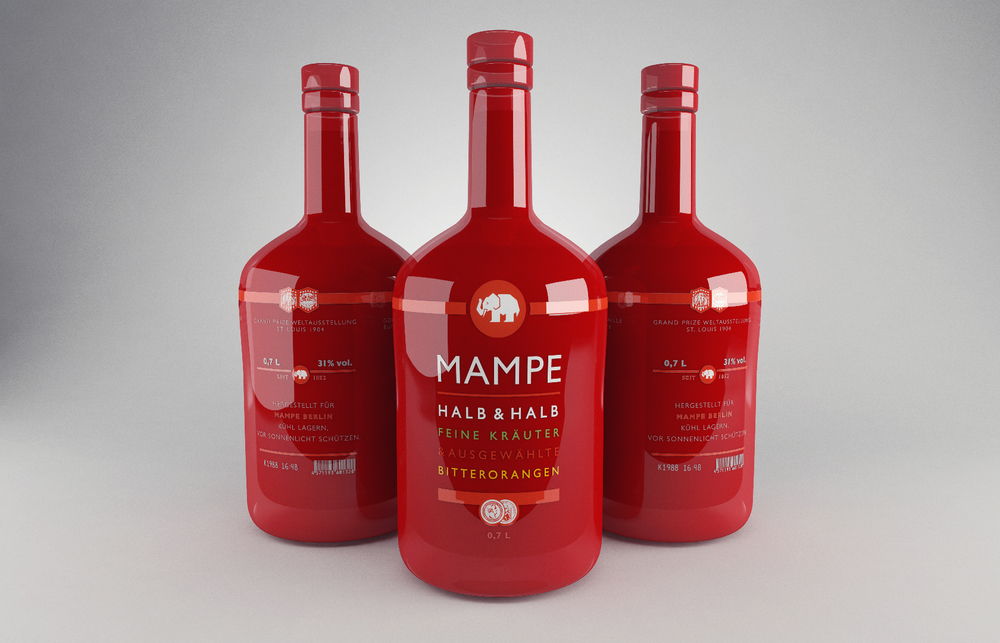 “Designing a bottle is very exciting. Especially the form finding process has been a whole new experience to me. I was able to realize my first prototypes as plaster models right at the engine lathe in the atelier of our university. Having something made directly with and for your own hands is a special moment in developing a product design. You get a real sense of measurements, textures, contrasts or colors. All that helps with making the right decisions or being sure about those you’ve already made on the way. I wanted to translate the elephant used for the logo into the bottle’s shape. The brand’s face as well as it’s most important signature product should communicate that you’re about to touch an elephant of Berlin history and tradition.” 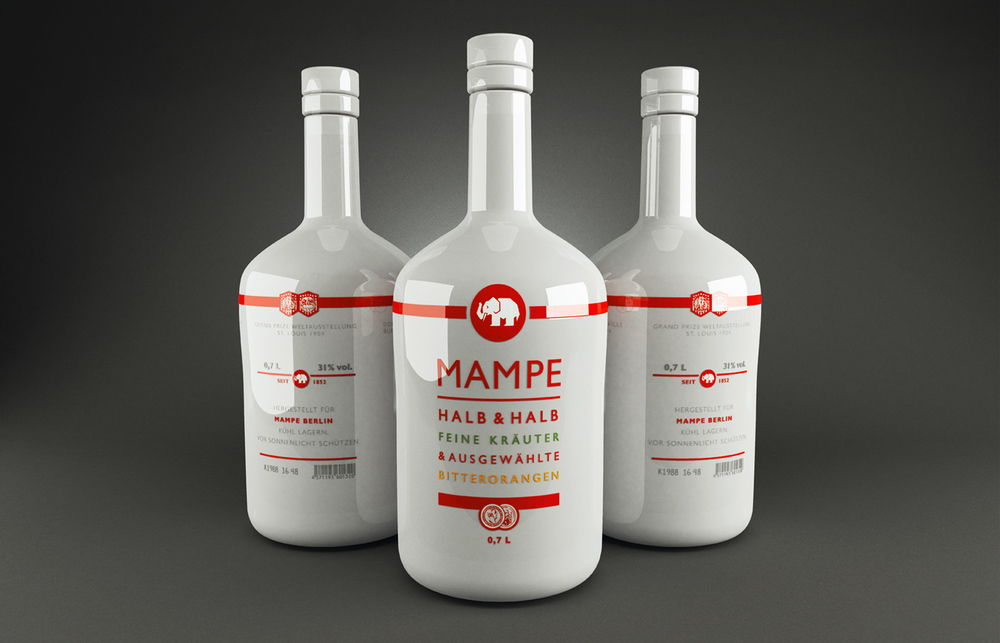 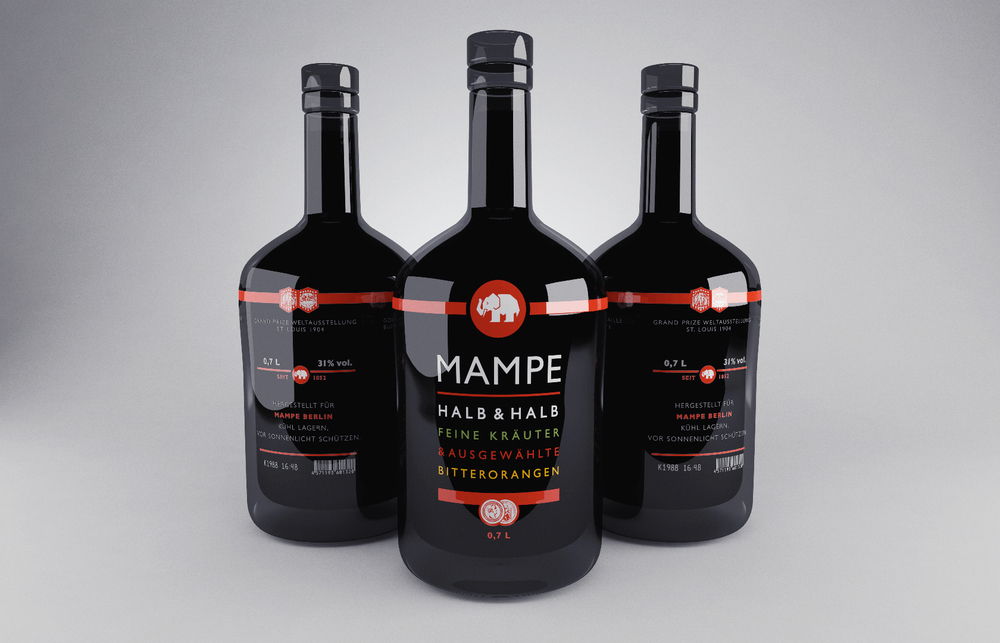 Koglin’s design certainly injects a bit of life into the brand, with glossy bottles and rich colors. The company has a long history, and the bottle reflects a confidence that helps to build trust in the consumers. A sans serif font on the front looks incredibly contemporary, though, allowing Mampe to appeal to a wider audience. The packaging gives off a very calculated and organized vibe, while the bright red gives it energy.

“With winning the contest for me the projected was considered as finished with the end of semester in February 2012. Some months later things evolved, such as the brand’s product portfolio, which expanded to over 5 drinks again and more marketing material. As a result the design of the bottles also changed. However since lots of the visual elements I introduced have been inherited, for me the realization of my drafts for the German food retail market is a big honor. Today you can find Mampe products in supermarkets such as Kaiser’s Tengelmann, Edeka, Kaufland, KaDeWe, Galeria Kaufhof and various beverage- and convenience stores in Berlin.” 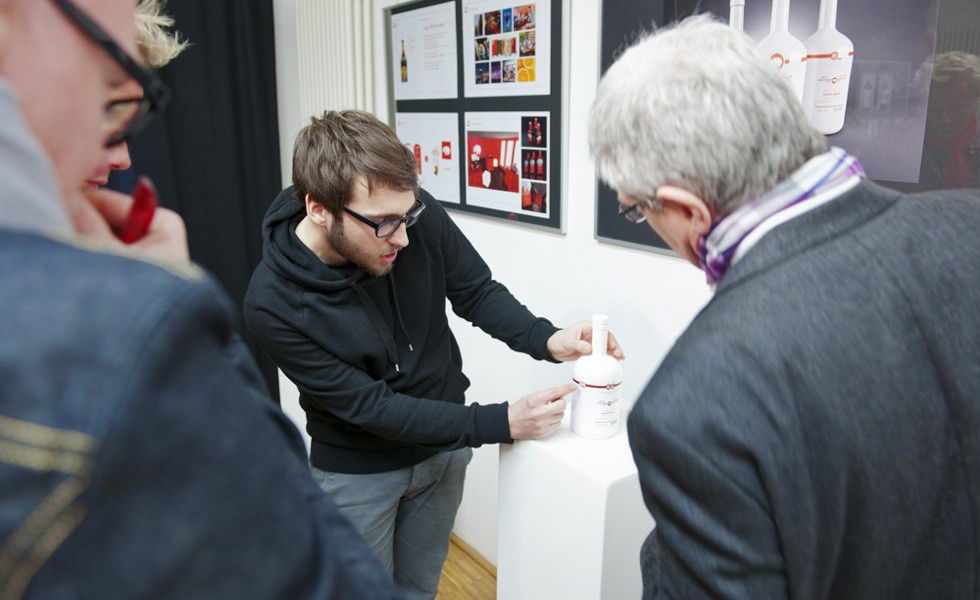