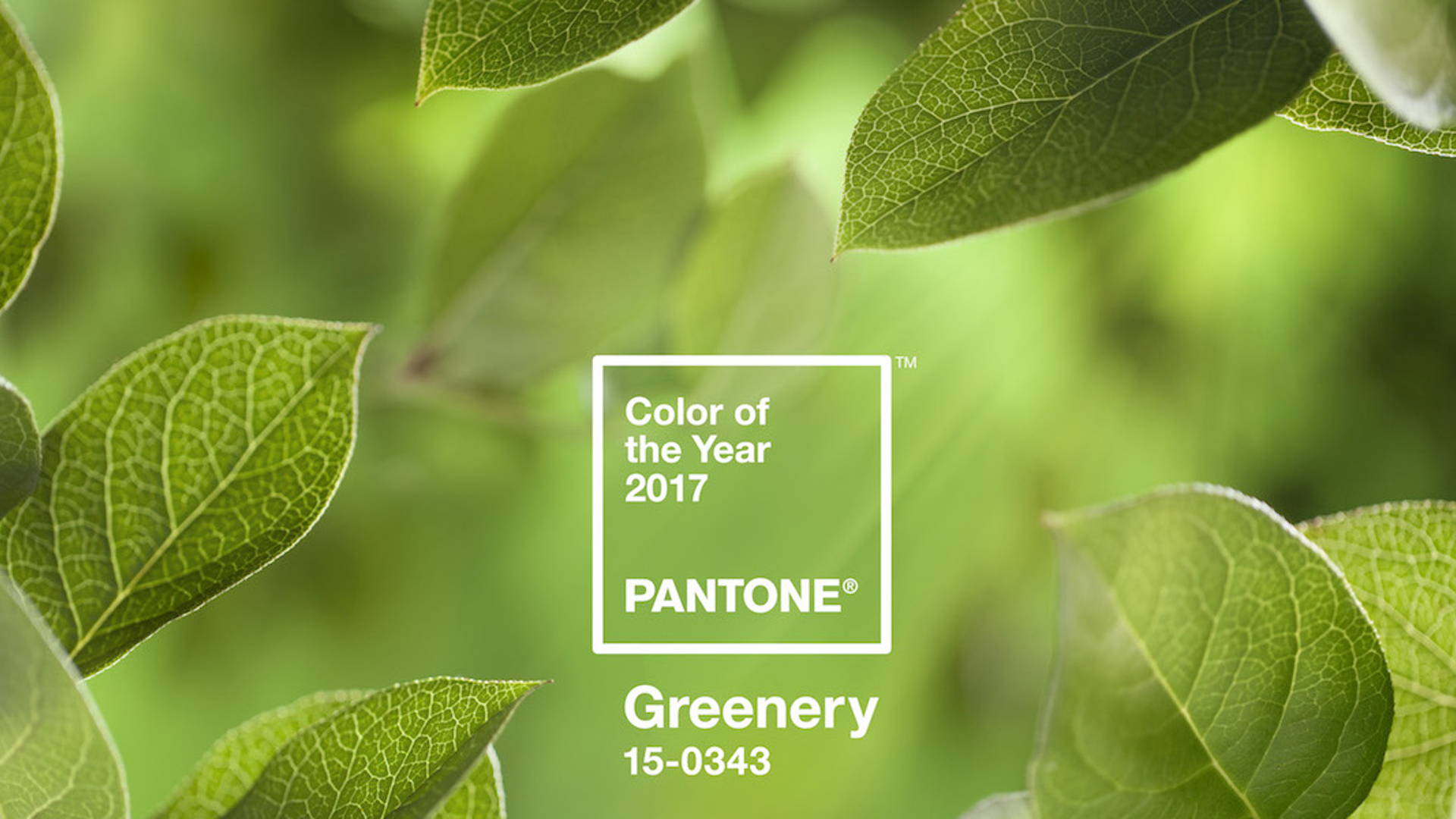 Pantone Announces the Color of the Year 2017: Greenery

The color of the year is here! Every year, Pantone goes through a careful selection process to pick a color that is representative of our time. The decision is made through trend analysis and thoughtful consideration to many aspects of our society, from the entertainment industry, art, fashion, design, travel, lifestyles, technology, innovations, and socio-economic conditions. This hue goes ton to play a large role in product development and purchasing decisions in a wide range of industries.

Well, it’s finally here. We were anxiously awaiting the news, and Pantone has just announced the PANTONE® Color of the Year selection for 2017: Greenery. Taken from the PANTONE Fashion, Home + Interiors Color System, the most widely trusted standards system for fashion, textile, and interior design, this refreshing, cheery color is the perfect way to start off 2017. 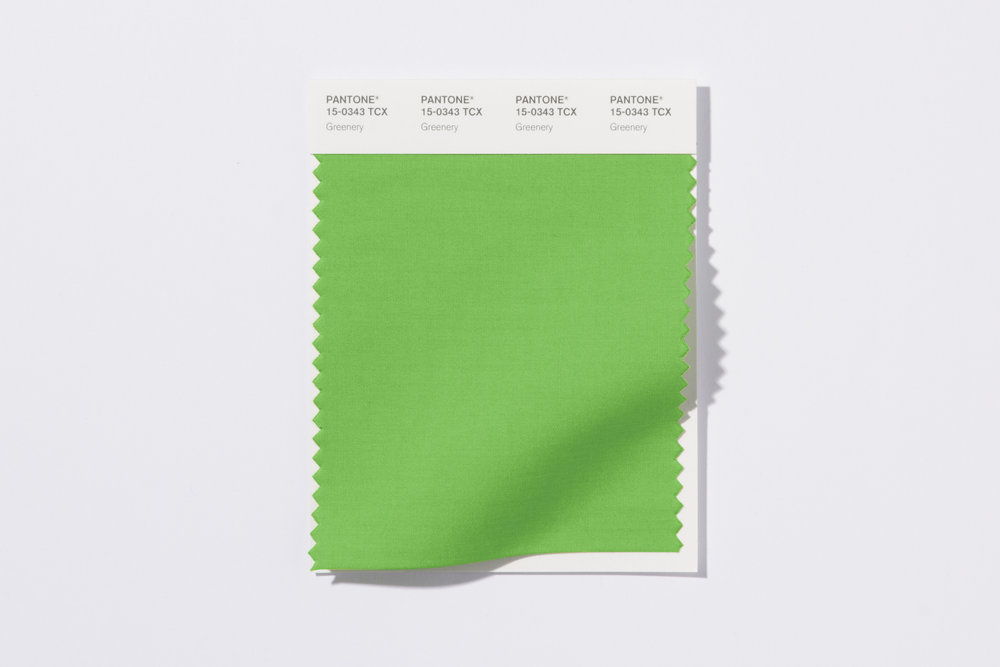 No doubt, we’ll be seeing more Greenery in our lives. In packaging, this bright hue can express more than just products with all-natural ingredients or organic foods. When paired with the right complementary colors or used in varying amounts, it can feel welcoming, relaxing, bold, and confident. Additionally, green is gender-neutral—choosing Greenery as the Color of the Year certainly opens up easy opportunities to forgo traditional packaging color choices that play too much into gender stereotypes.

Leatrice Eiseman, Executive Director of the Pantone Color Institute stated, “While Serenity and Rose Quartz, the PANTONE Color of the Year 2016, expressed the need for harmony in a chaotic world. Greenery bursts forth in 2017 to provide us with the hope we collectively yearn for amid a complex social and political landscape. Satisfying our growing desire to rejuvenate, revitalize and unite, Greenery symbolizes the reconnection we seek with nature, one another and a larger purpose.” 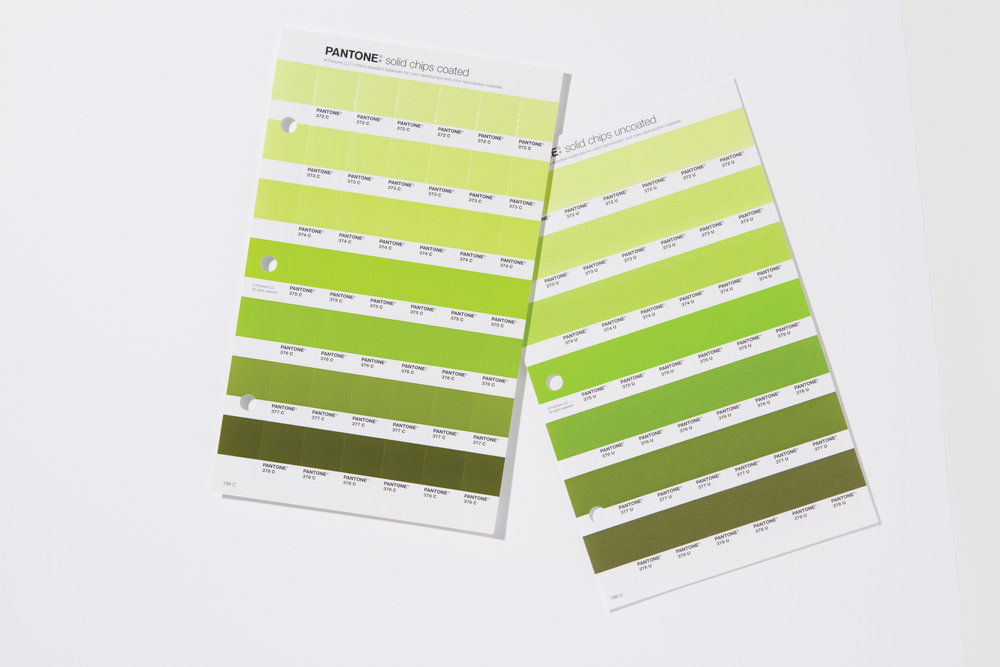 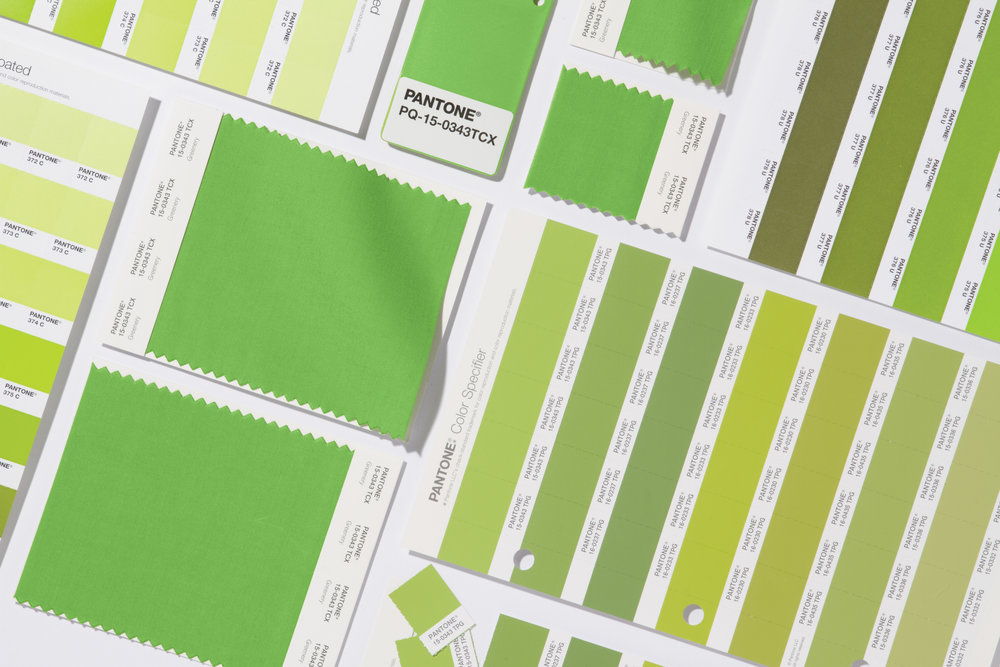 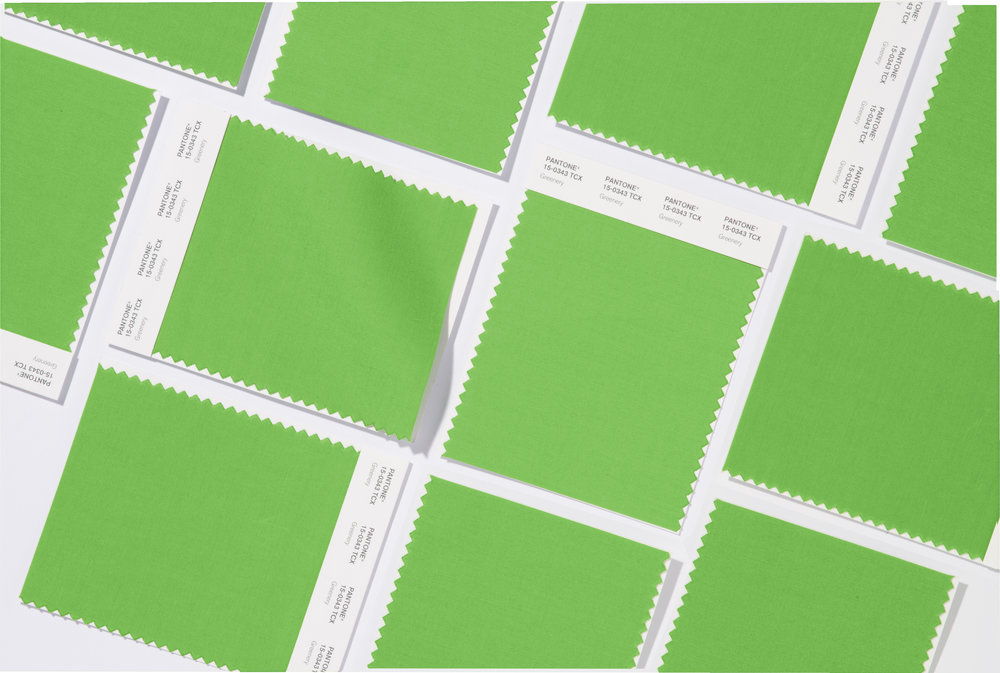 “The more submerged people are in their own modern realities, the greater their innate craving to immerse themselves in the physical beauty and inherent unity of the natural world. This shift is reflected by the proliferation of all things expressive of Greenery in daily lives through urban planning, architecture, lifestyle and design choices globally. A constant on the periphery, Greenery is now being pulled to the forefront—it is an omnipresent hue around the world.”

“PANTONE 15-0343 Greenery, a life-affirming shade, is also emblematic of the pursuit of personal passions and vitality.” 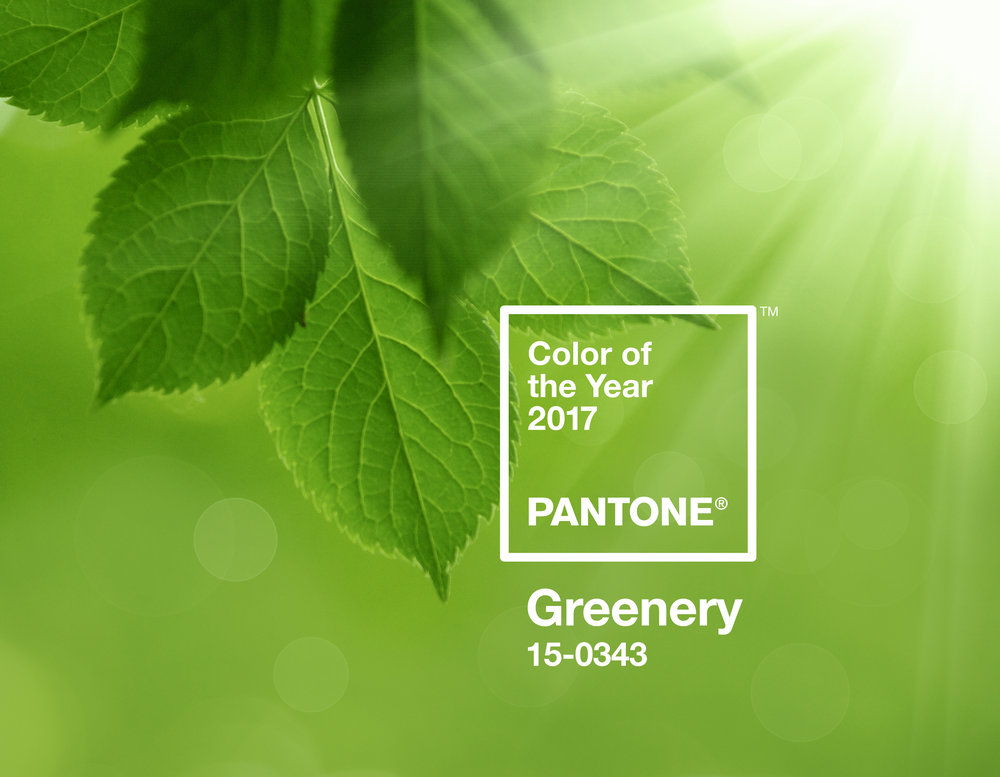 Eiseman continued, “The tangy yellow-green speaks to our desire to express, explore, experiment and reinvent, imparting a sense of buoyancy. Through its reassuring yet assertive vibrancy, Greenery offers us self-assurance and boldness to live life on our own terms, during a time when we are redefining what makes us successful and happy.”

“In this spirit of reconnection, exploration and belonging, Pantone has partnered with Airbnb—a community marketplace that provides access to unique accommodations and experiences around the globe—to bring Greenery to life through an experience in early 2017. The collaboration, a first of its kind, was inspired by Pantone’s vision for Greenery and Airbnb’s community that connects travelers to magical experiences.”

“Greenery is nature’s neutral. A great harmonizer merging undertones of cool blues with vibrant yellows, the hue is a natural complement to a wide range of palettes. Like the spectrum of possibilities in colorful petals and blooms paired with lush green leaves, plants and trees, Greenery provides a pop of color in accessories and footwear, or acts as a bold accent in a pattern. Prominent in fashion for men and women, as seen in the recent collections of Kenzo, Michael Kors, Zac Posen and Cynthia Rowley, Greenery has also been shown in a variety of solids and prints in children’s wear. Greenery blends fashion and tech as well, as a prominent color for wearables and activewear.”

Greenery for Home Decor and Architecture

“Open spaces in interior and exterior design and floor-to-ceiling windows allow the green outdoors to become part of a room’s backdrop and ambiance. Adding Greenery through living walls, terrariums, botanically-themed wallpaper, paint, accent furniture and decor provides respite and breathing space. A Greenery-painted wall or piece of furniture delivers a pop of color, with the added benefit of creating the illusion of nature indoors. Bringing the outside in, the shade—like the plant life it represents—can improve self-esteem, reduce anxiety and heighten awareness of one’s surroundings.” 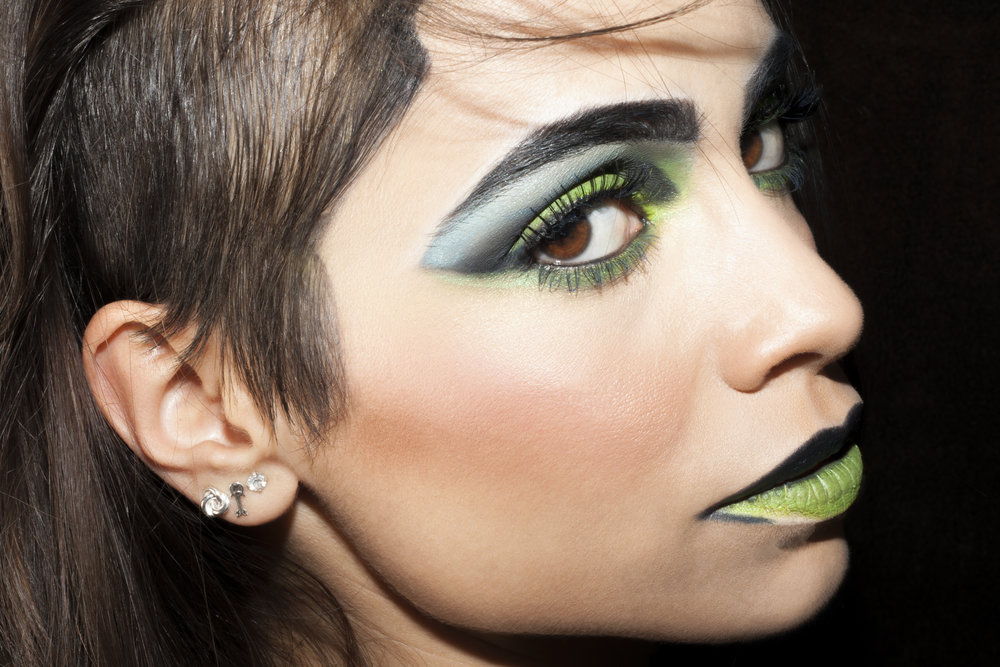 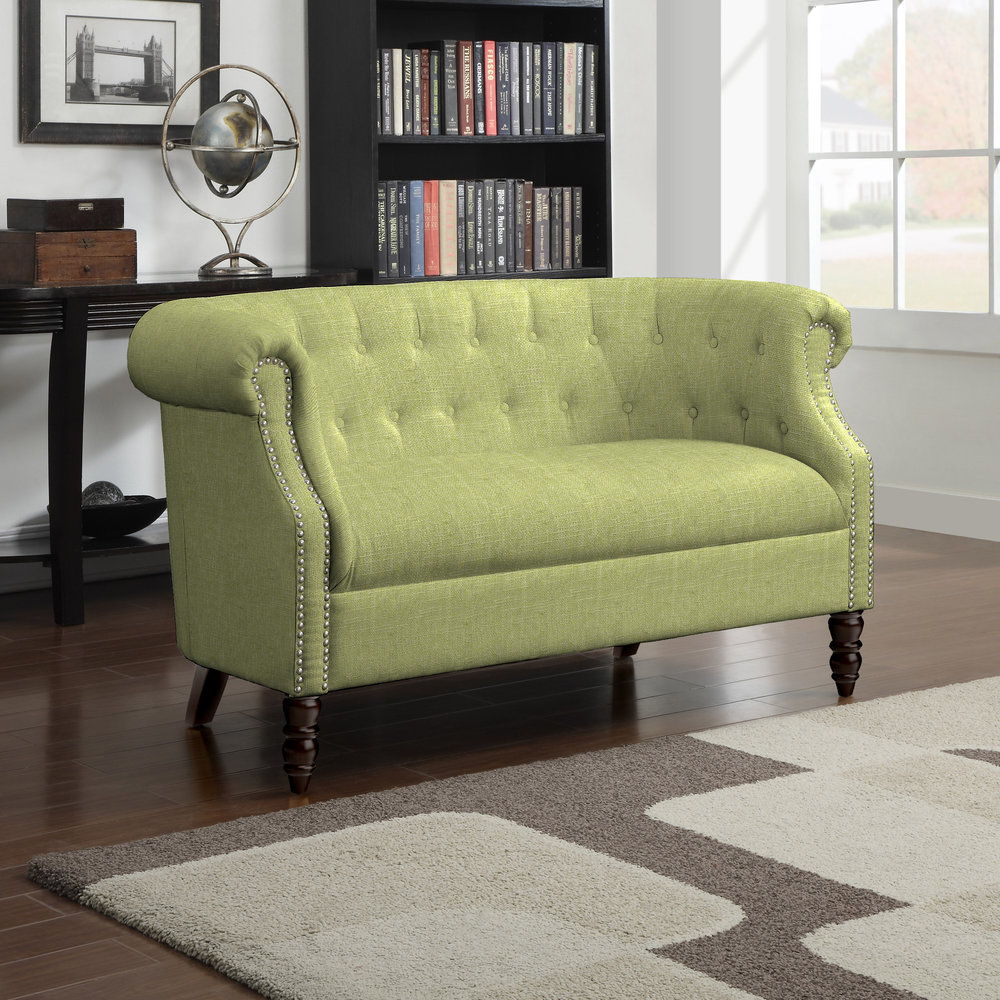 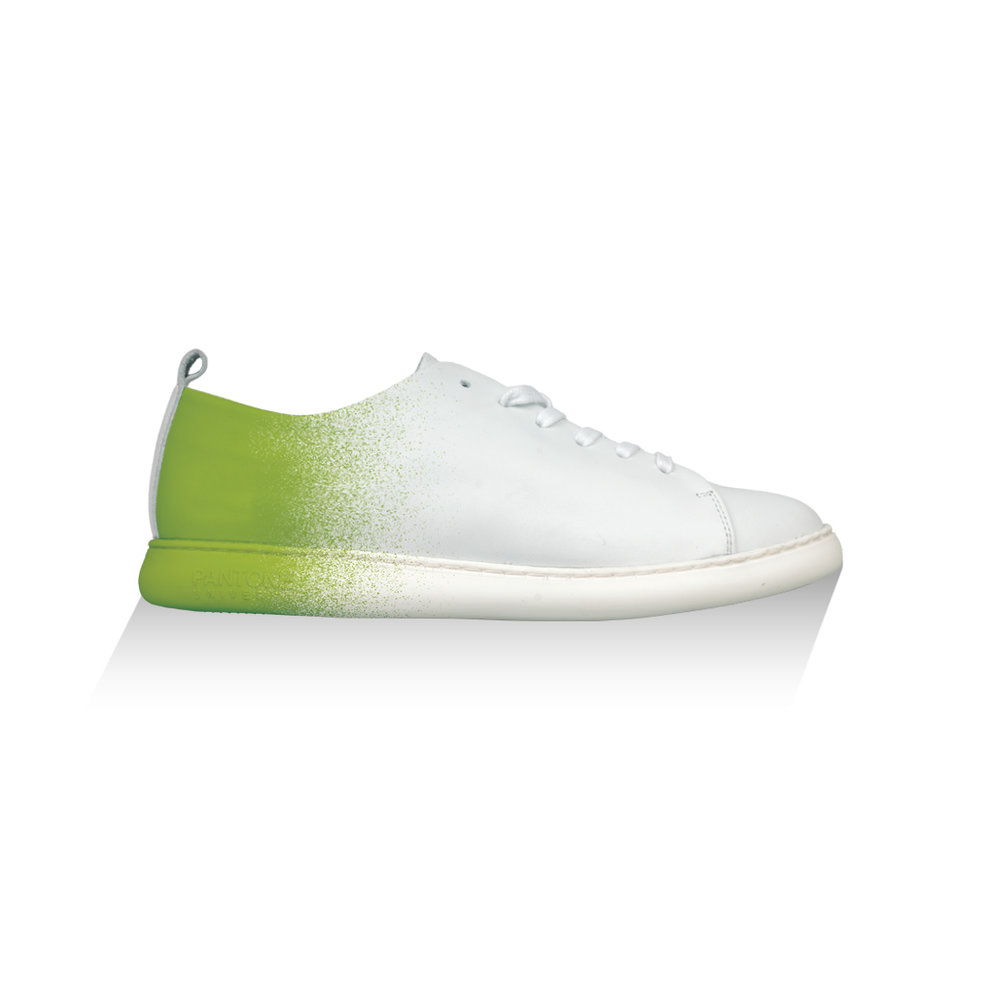 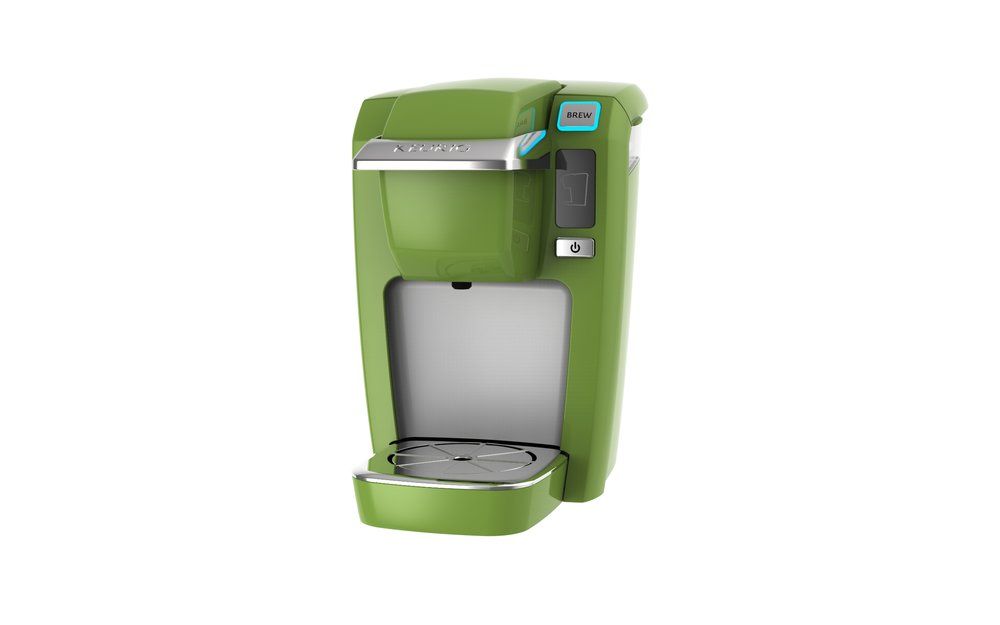 “In the ultimate personal display of boldness and vitality, Greenery is deployed as a chic, confident punch of color for hair, lips, eyes and nails. It is also a camouflaging base for natural beauty looks, with green makeup rooted in color-correcting trends. A complementary color to red shades, Greenery plays down ruddiness in the skin.”

Greenery for Food and Beverage

“Holistic, harmonious living is linked to the power of plants: Invigorating Greenery is prominent in many health food trends today, including matcha, seaweed and avocado, while the growth of urban agriculture and indoor vertical farms brings the essence of Greenery to unexpected places. On the table, Greenery plates and chargers provide an appetizing backdrop for food—making dishes pop and appear fresh. Greenery is also often used in design for the hospitality and culinary industries to convey organic healthfulness.” 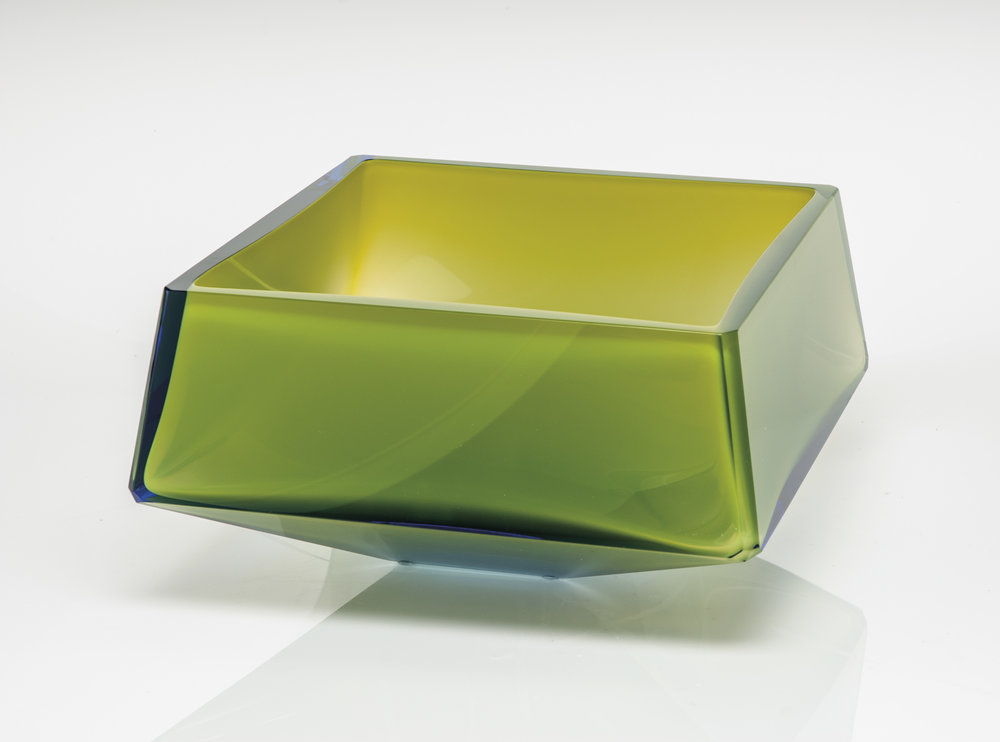 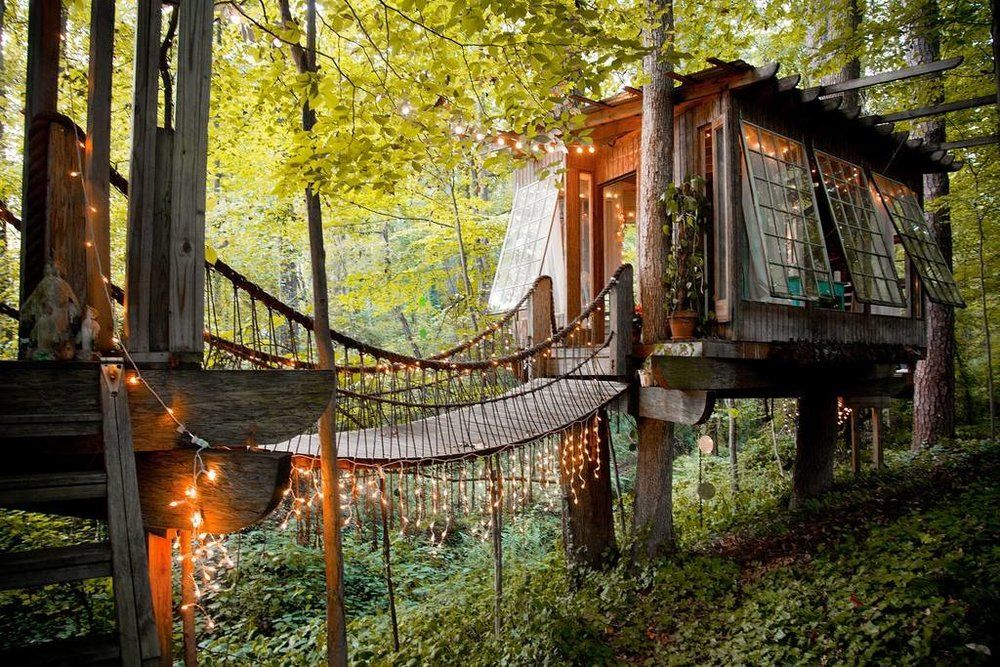 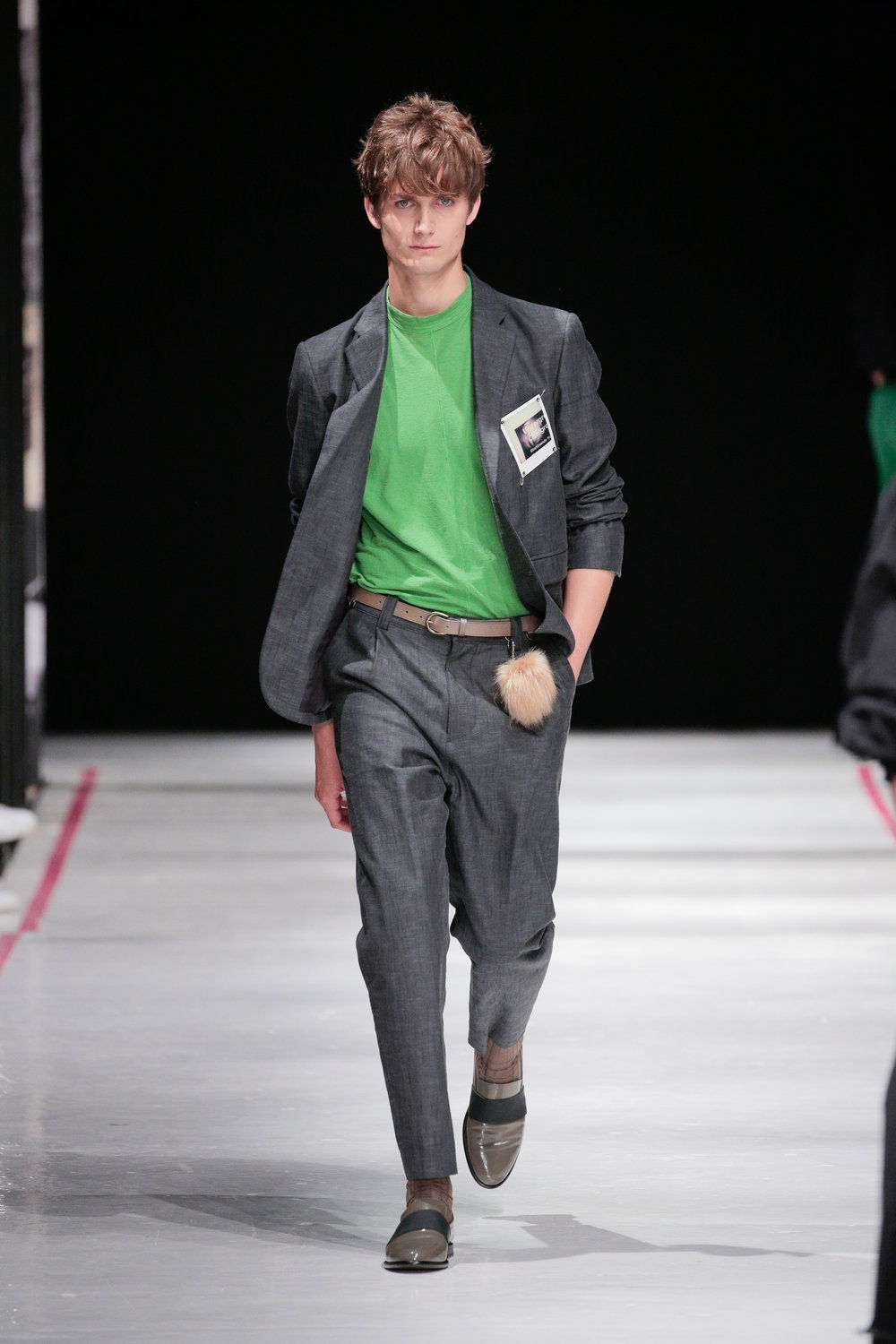 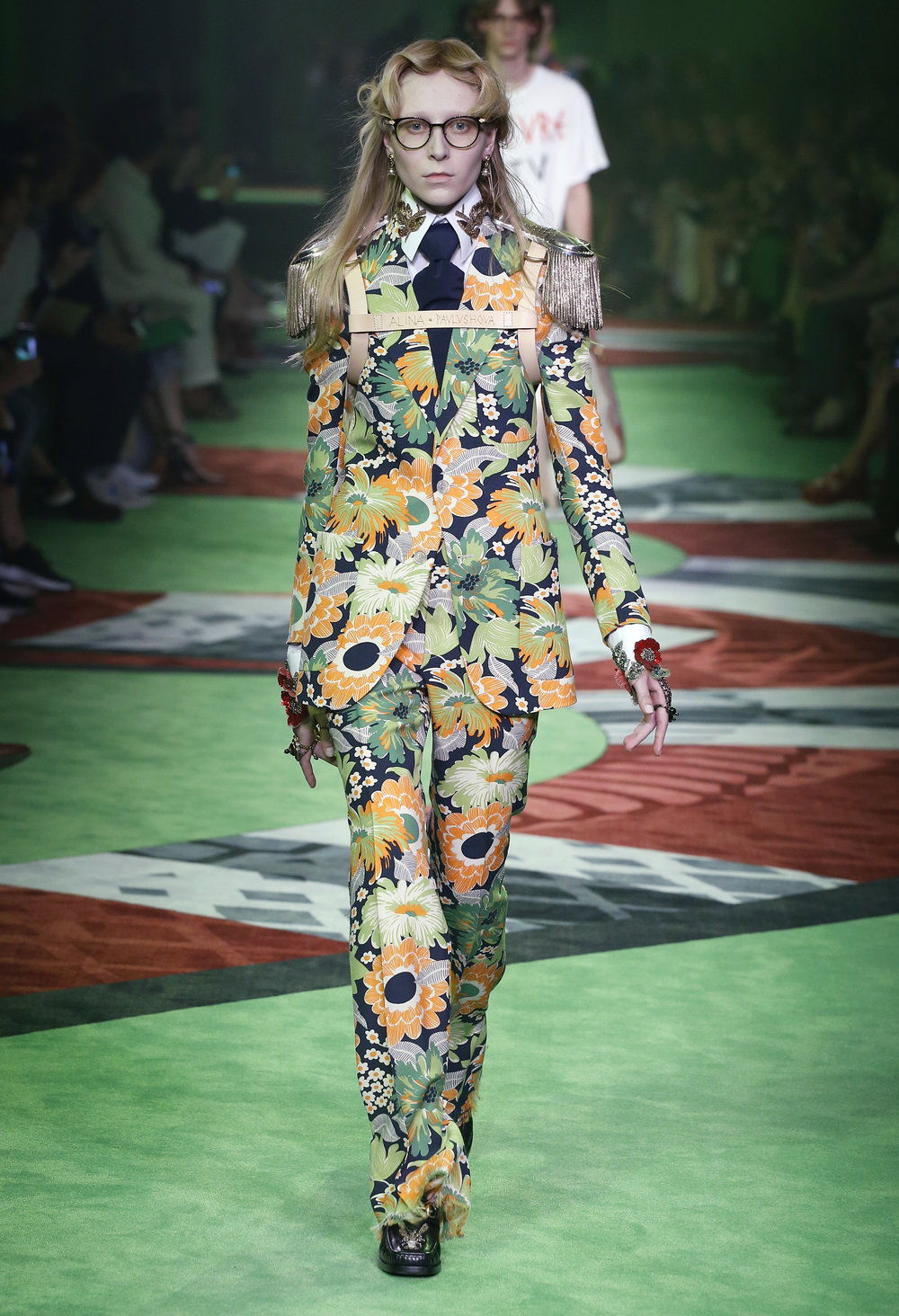 “Because of green’s prevalence in nature, it maintains a perception of being inherently good for you and organic. People respond on a visceral level to the hue, making the eye-catching Greenery an ideal shade for many applications of graphic design. This is especially true for packaging, where the sight of Greenery provides an instant message of freshness.”

“While often associated with environmentalism and nature, Greenery is also a unifying thread in tech and innovation because of its association with boldness, vigor and modernity. Many new apps, animation iconography and digital-first startups express this energy by using the riveting and attention-getting shade of green in their logos. Conveying progression and a pioneering spirit, Greenery portrays an entrepreneurial essence that aligns with the industries that have embraced it.” 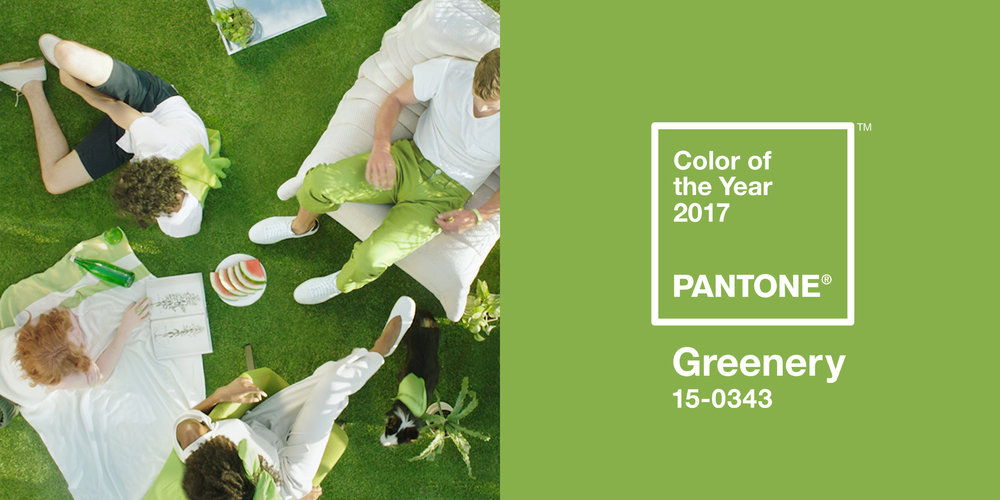