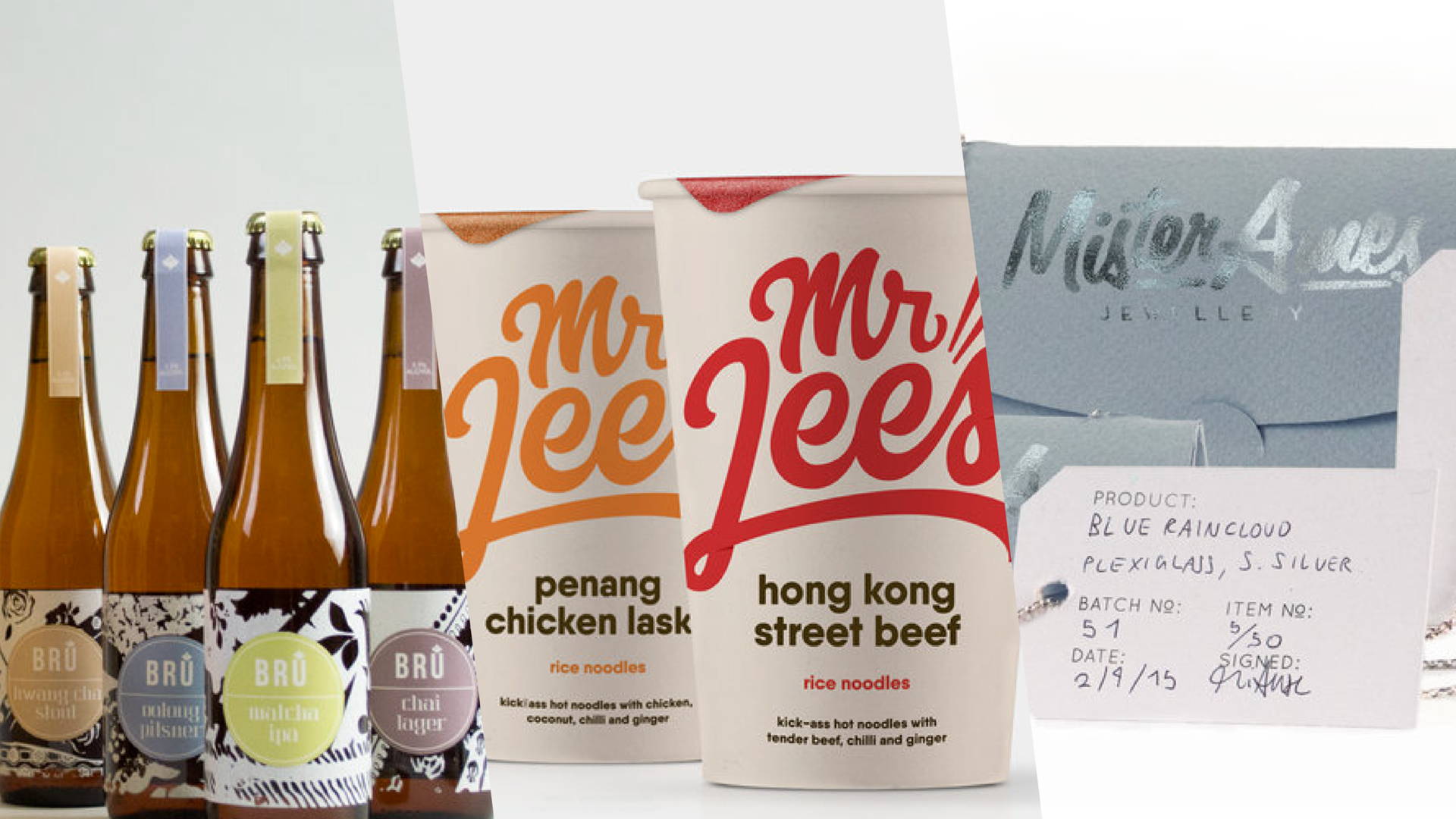 As the new year approaches we're celebrating all the concepts we wish were real! 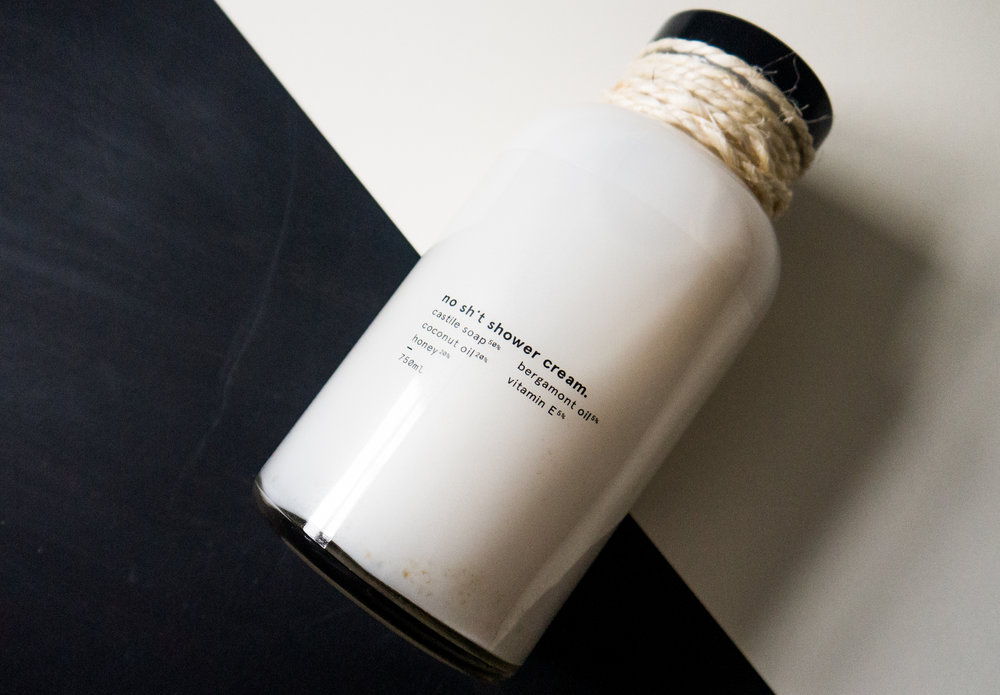 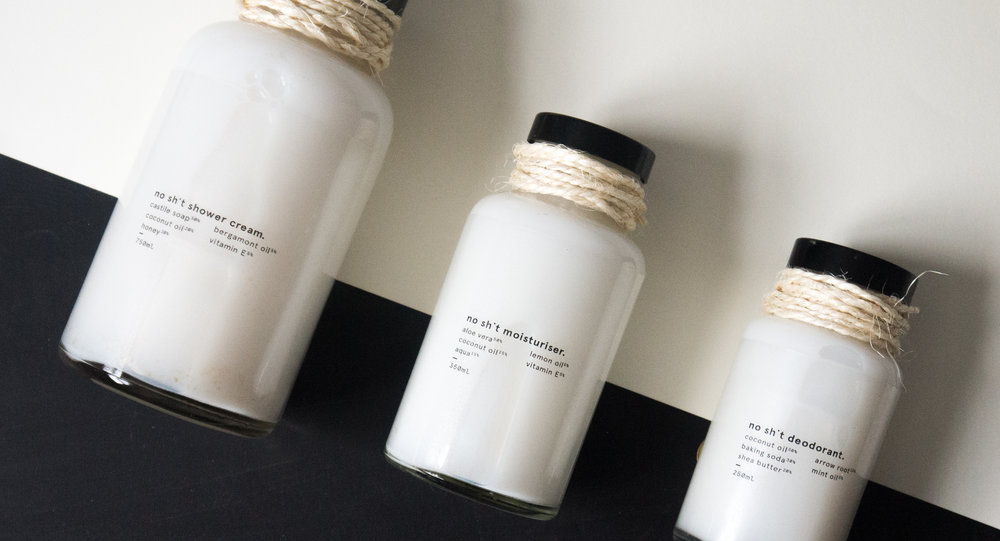 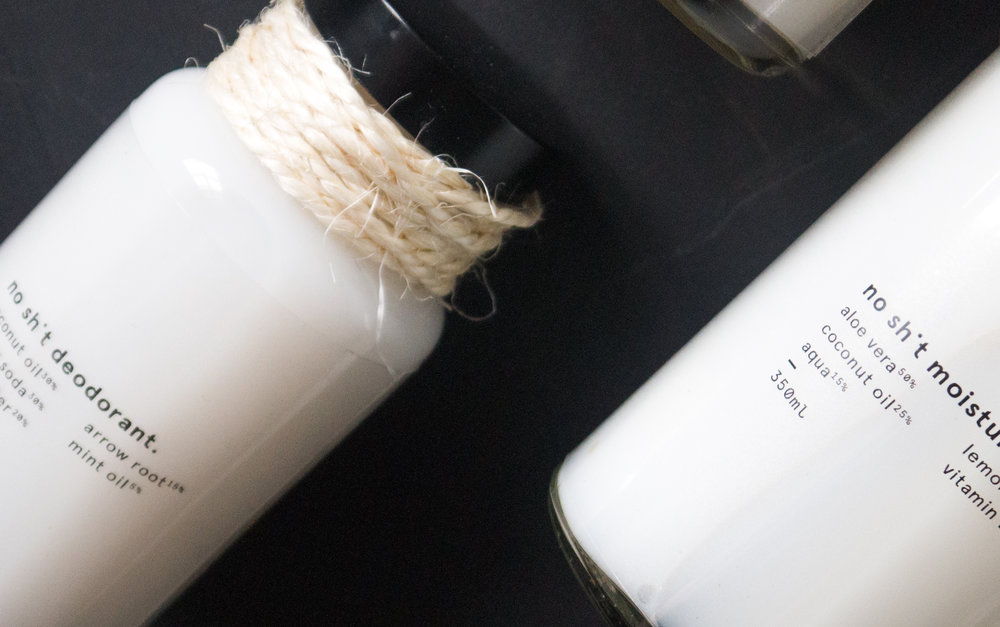 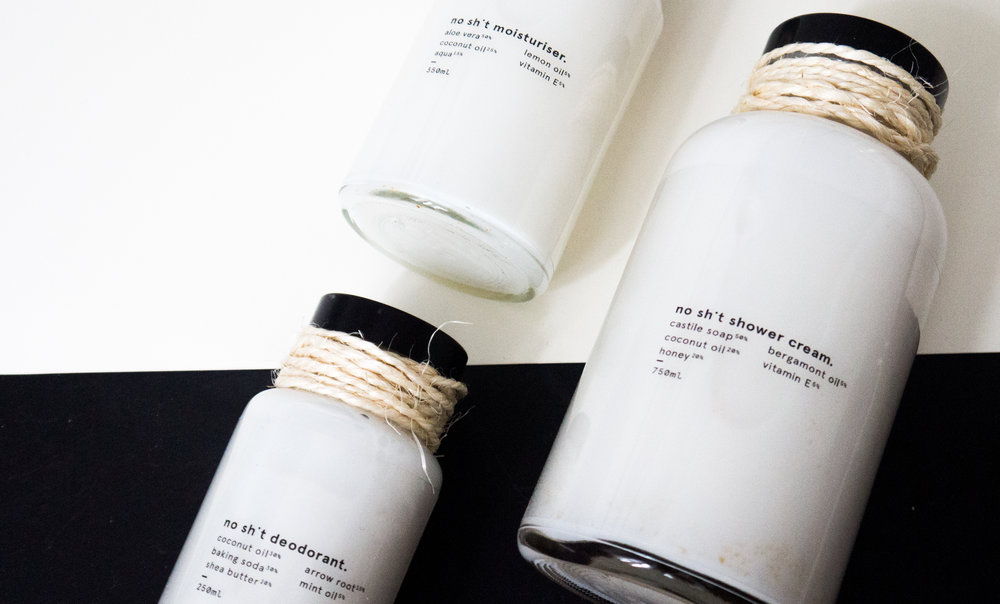 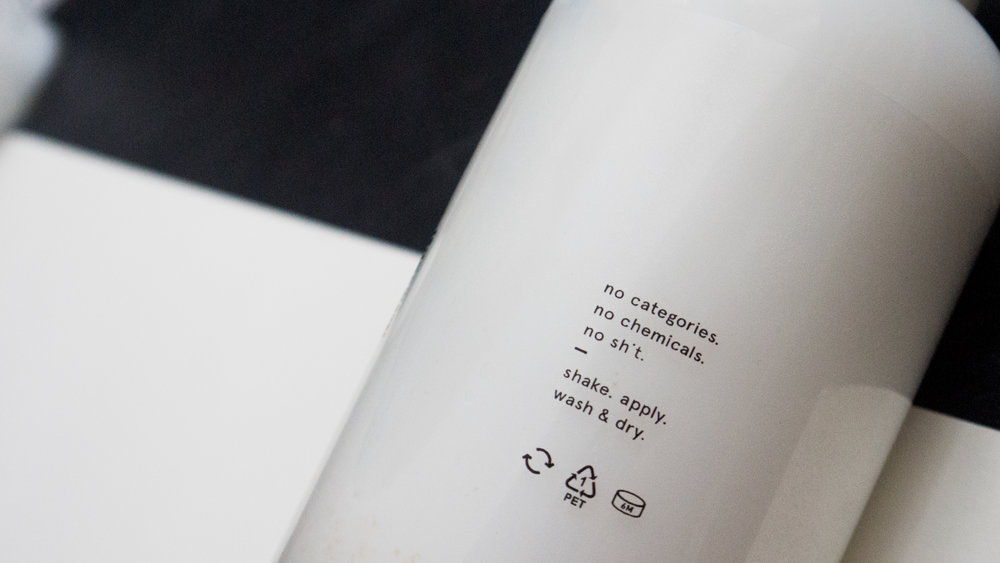 No Sh•t was a response to Design Bridge's D&AD New Blood brief - to create a genderless beauty product. Our response was one that focused on health and honesty, rebelling against unnatural chemicals within products and the binary options of male and female, which are both advertised by major brands.

Research revealed the increasing number of health products in the marketplace, while gender neutral products were on the rise too. With minimalistic design and transparent ingredients, it cuts through the standard complicated ingredient lists and is a statement to those who value health over beauty.

Simply, no categories. No Chemicals. No Sh•t. 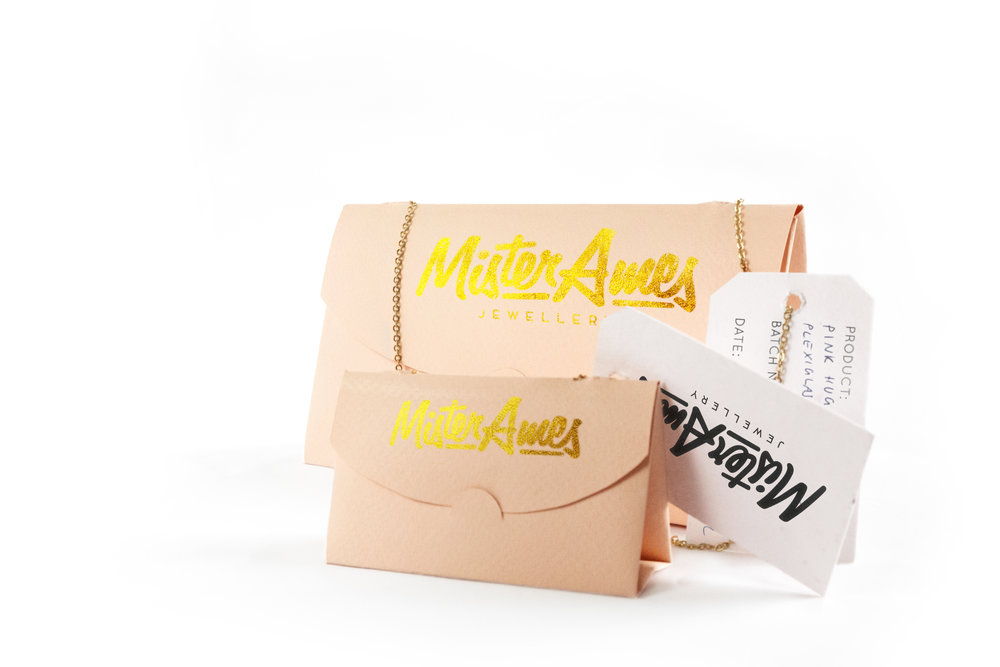 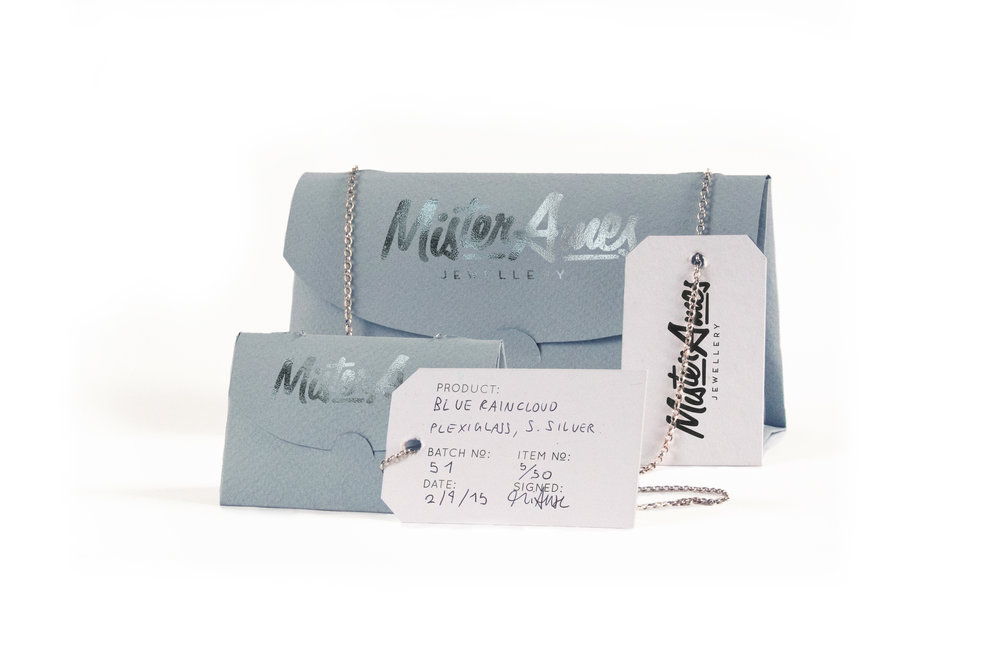 For this design, my main focus was to create something that harnessed the package's contents to make a plastic bag both physically unnecessary and emotionally less desirable. Plastic bags are harmful to the environment and a less-than-appetising addition to our food-chain: the smallest plastic bags (the ones that are are too often used for jewelery) are too small to have a practical life after they have ferried their initial load home, making them both too damaging and too effete to survive.

This packaging is light, strong, free-standing, requires no glue, ships flat, tessellates with little waste, recyclable and also, and I can't stress this strongly enough, it protects necklaces by turning them into cute paper handbags. 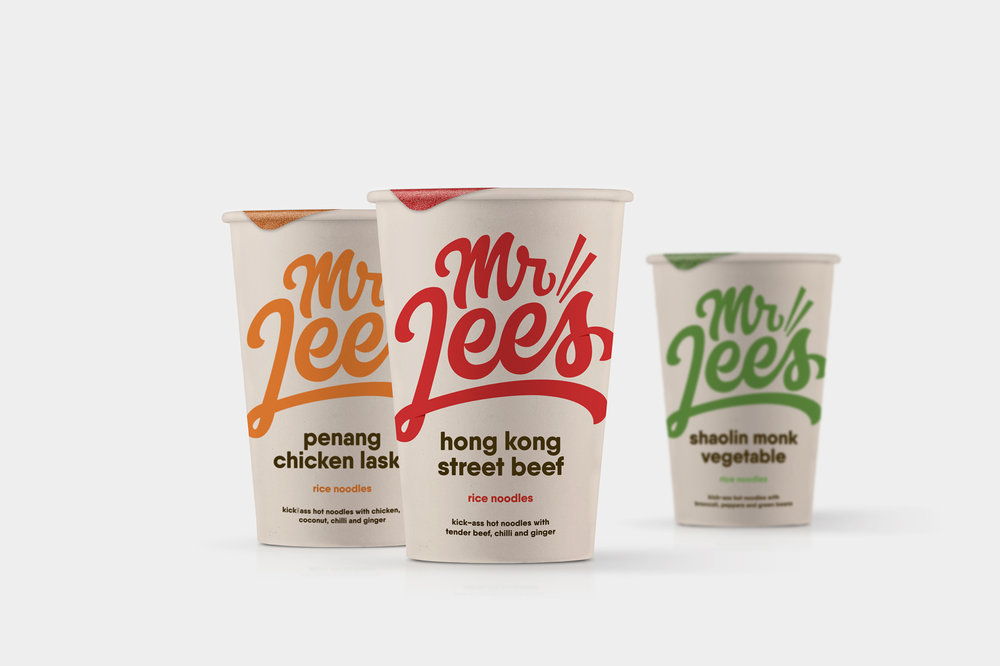 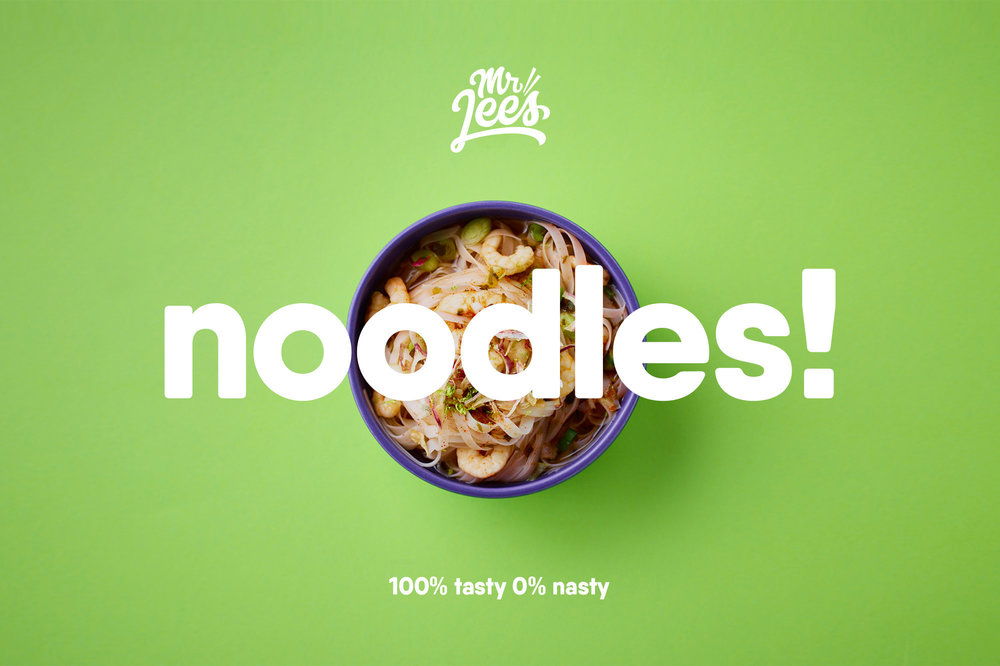 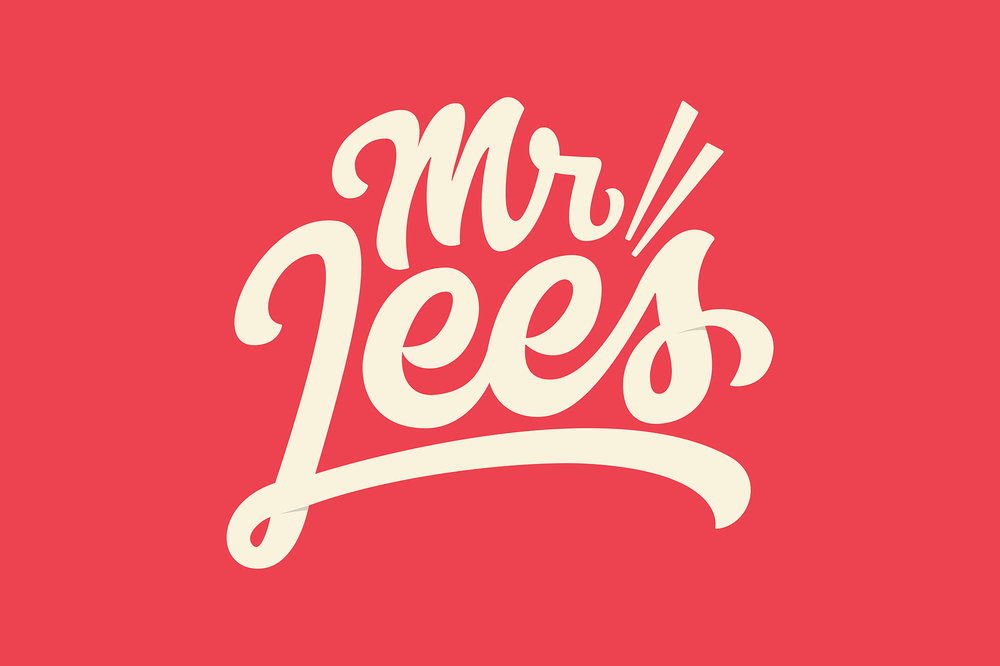 We recently spent an intensive three days working with Mr. Lee's Noodles to redesign their brand identity (a custom drawn word marque) and packaging design, which is now being developed by their in-house design team.

Initially when drawing the new logo we wrestled with the use of the apostrophe in Mr Lee's but later developed the 'chopsticks' as a fitting alternative. 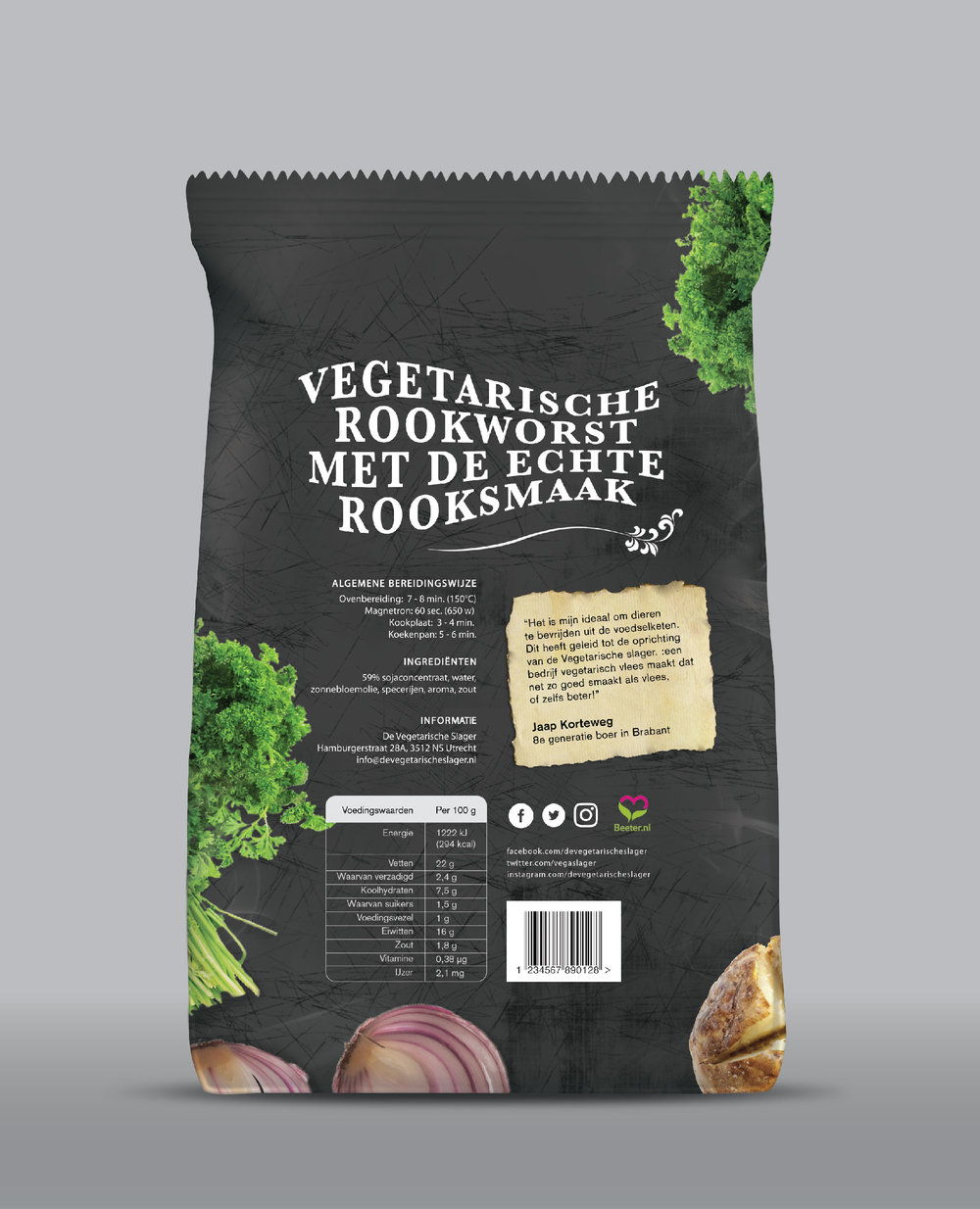 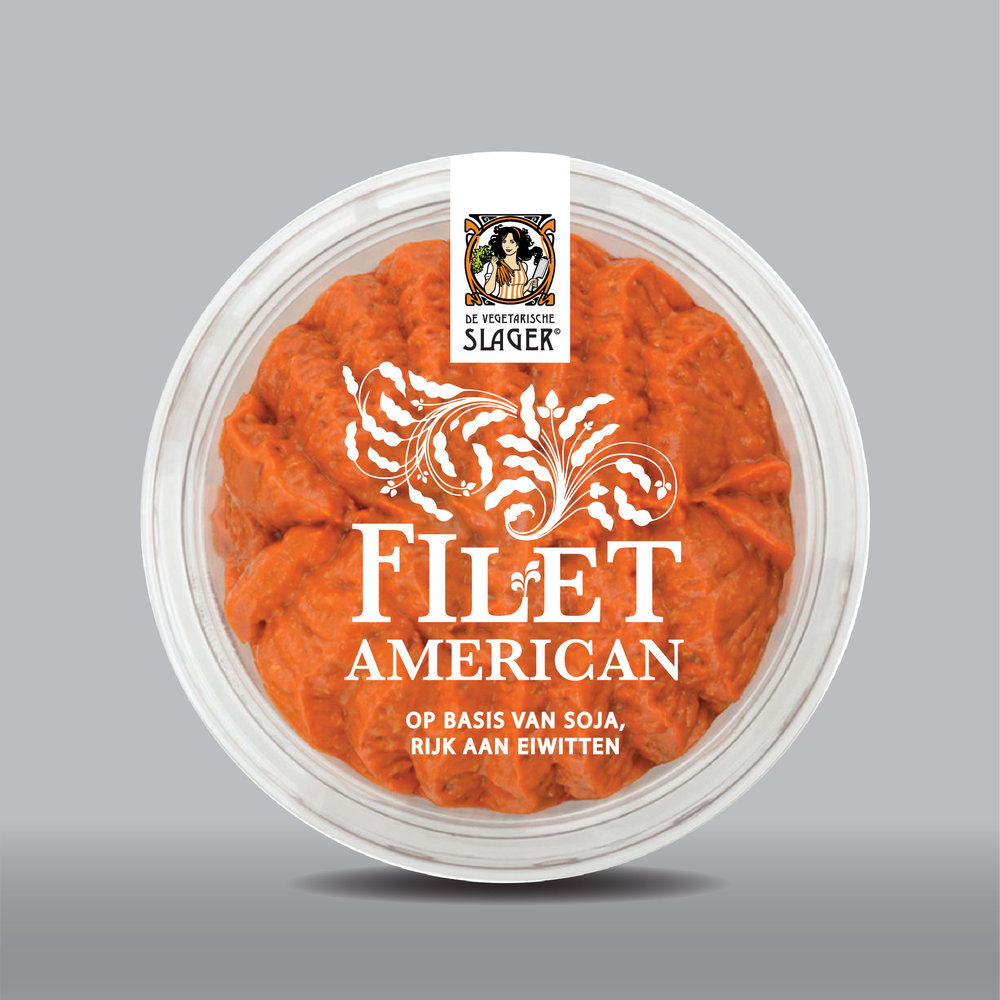 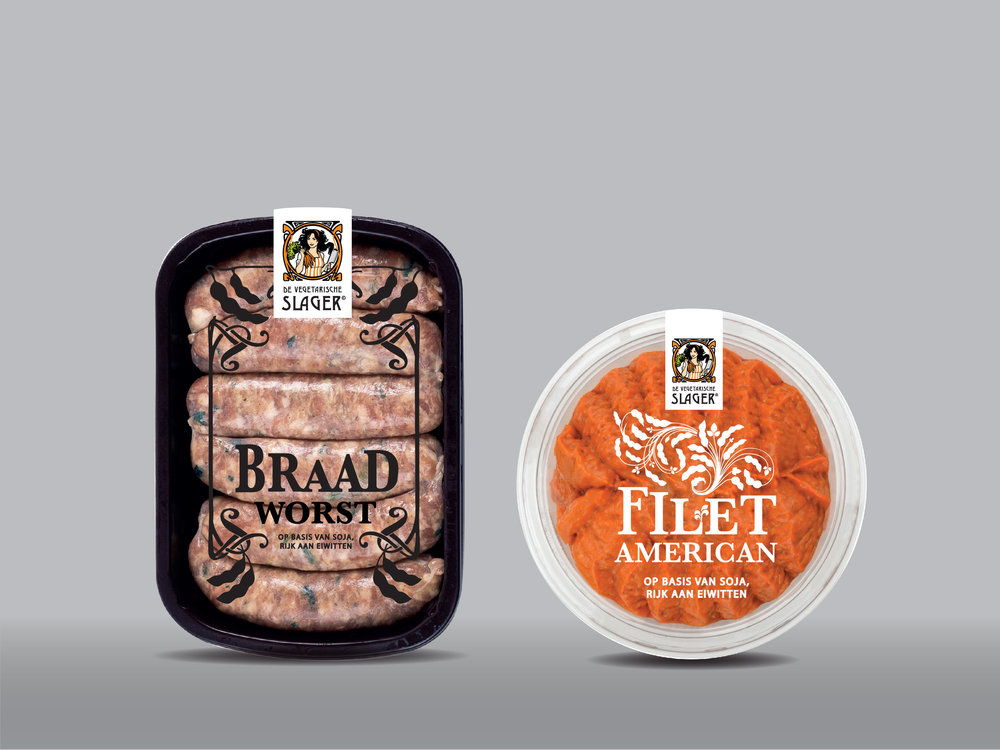 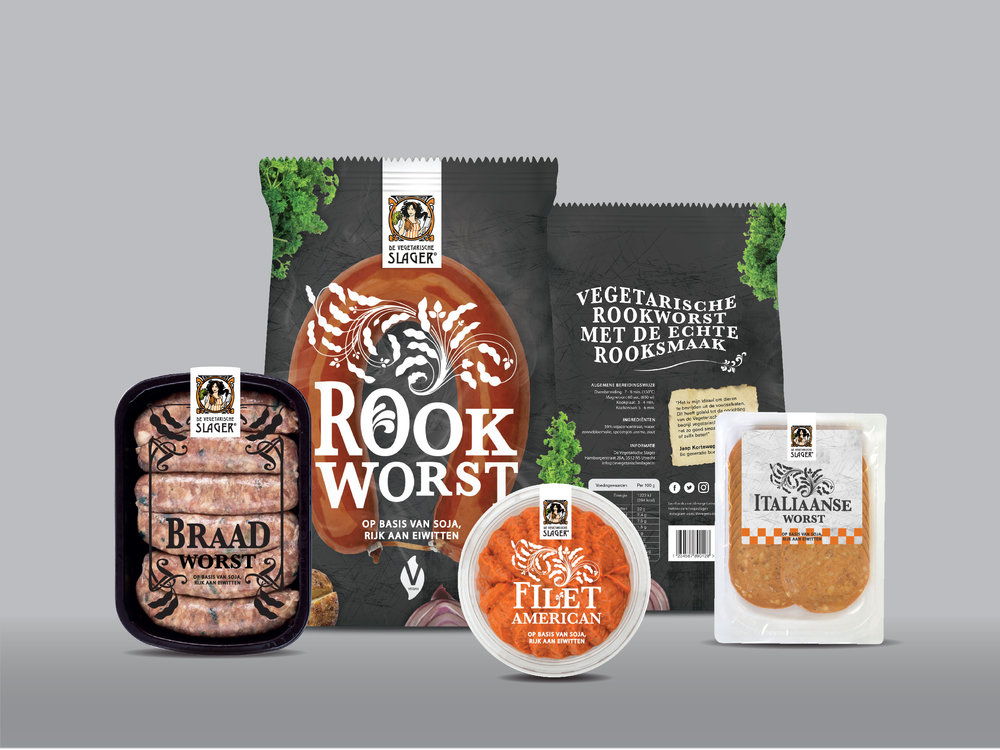 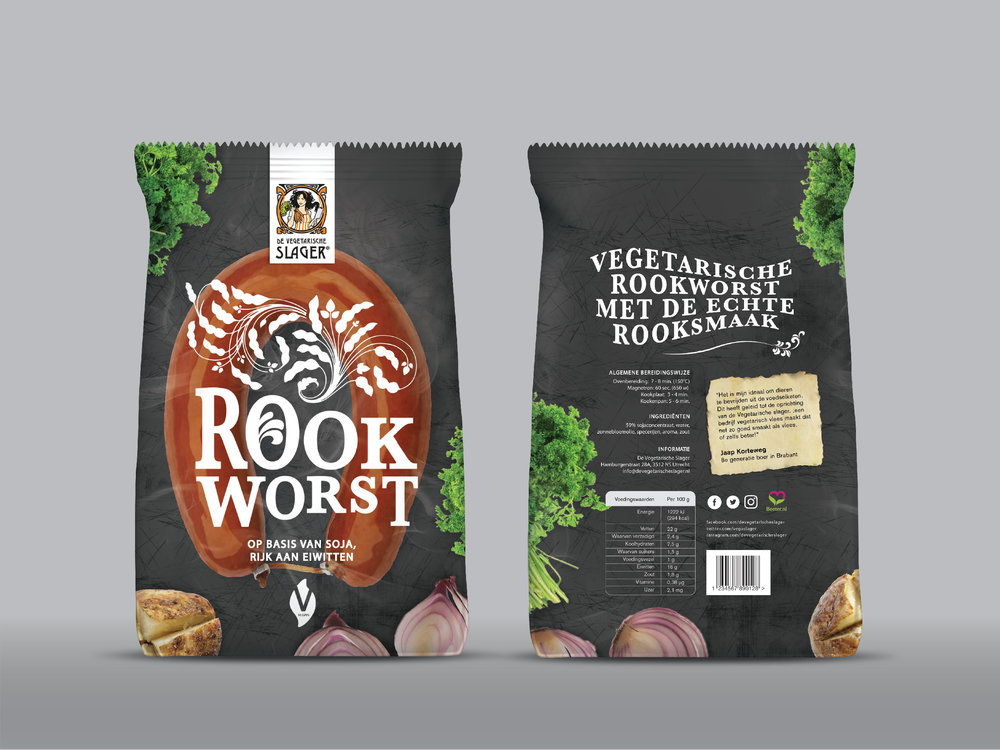 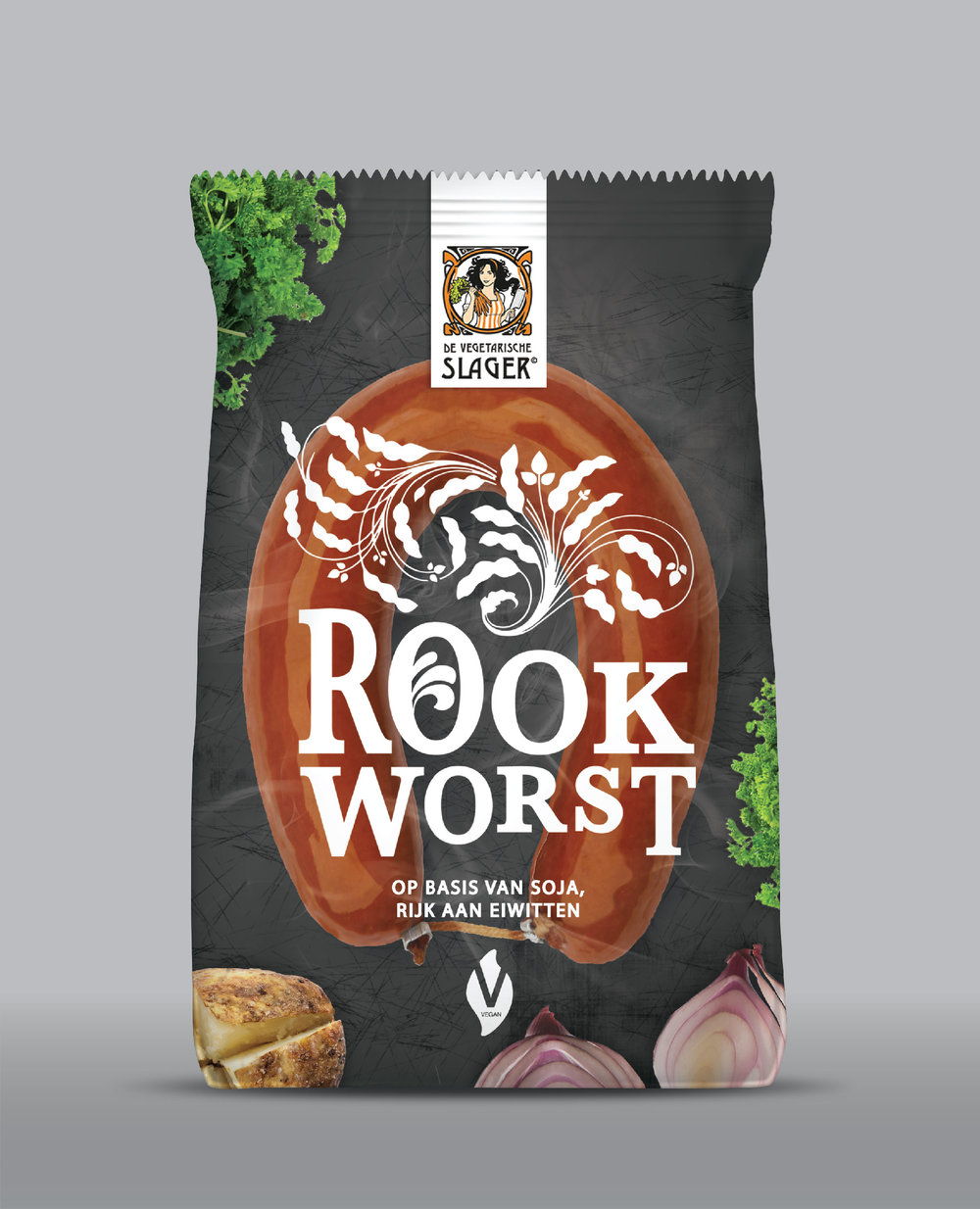 This project was an open contest for the third BNO PACKAGING TALENT AWARD 2016. The assignment was to design a packaging line for the already existing products and/or the new vegetarian smoked sausage of the “Vegetarische Slager” (Vegetarian butcher) in the Netherlands.

This design won first prize and takes the taste of "smoked sausage" and the ingredients as core elements. The Art Nouveau-style illustration represents soybeans which is a main ingredient in most vegetarian products. These two elements create a good balance for the vegetarian sausage, and make you as a buyer feel this vegetarian smoked sausage tastes even better than normal.

As the jury stated: “The playful typography and Art Nouveau-style illustrations connect one-on- one with the logo of the Vegetarian Butcher and at the same time give its own subtle dimension to the package as a whole. The packaging is simple, inviting and evokes associations with a butcher." 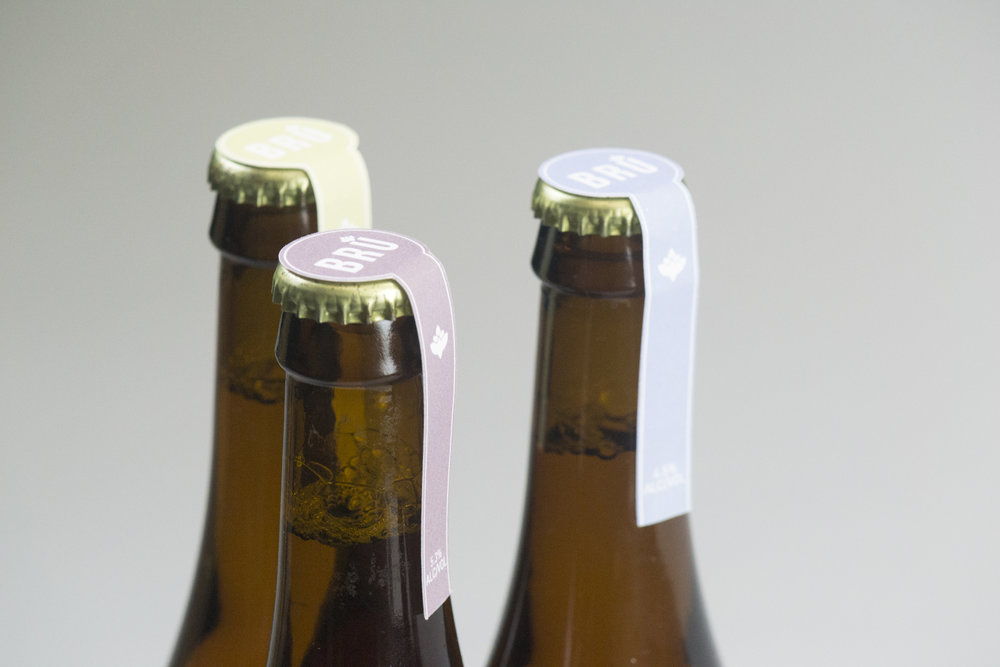 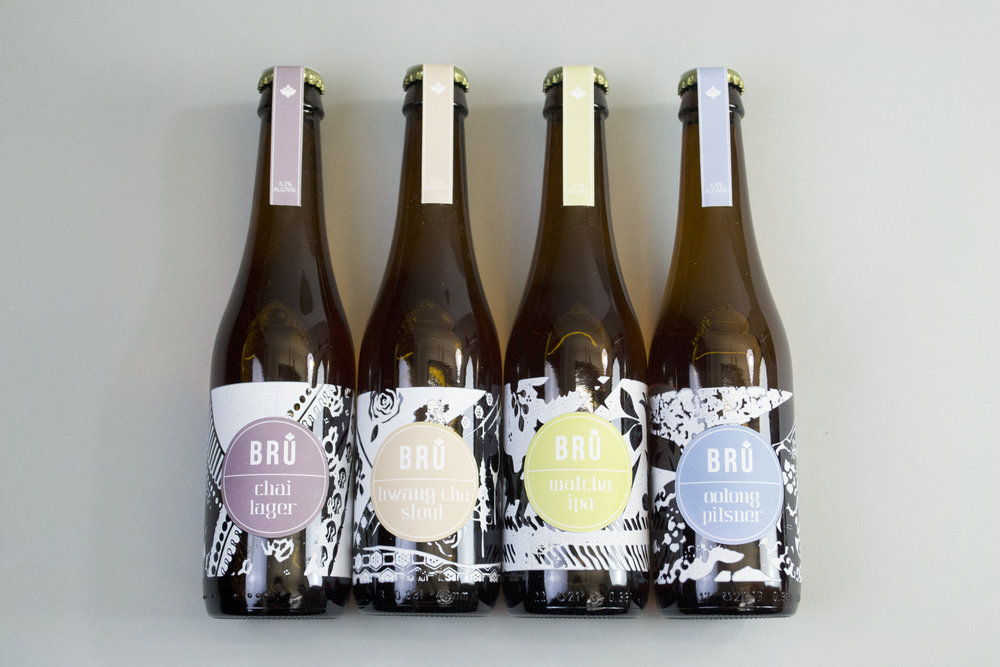 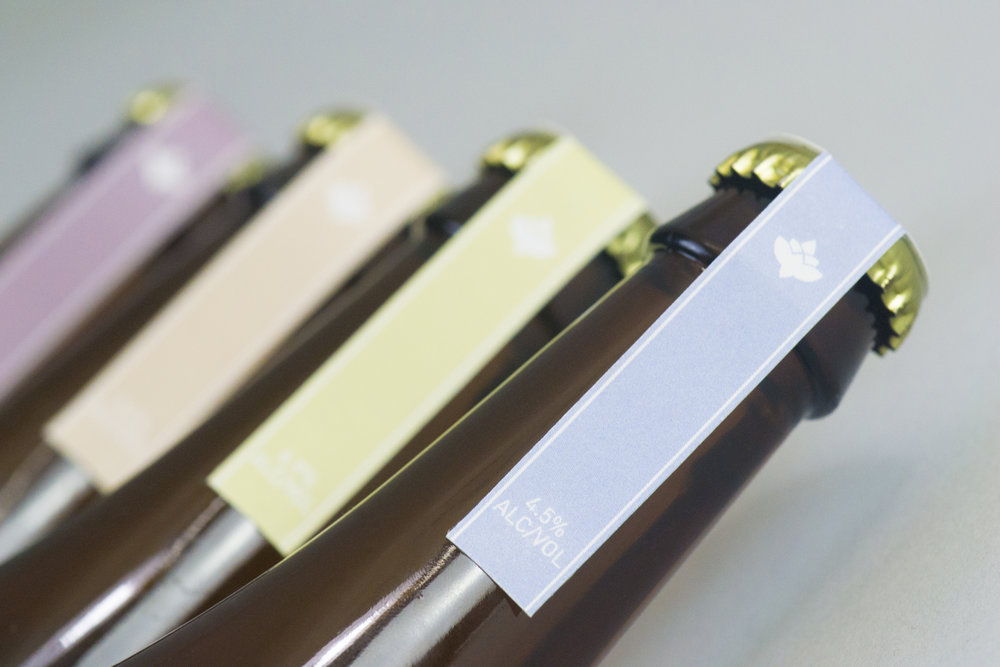 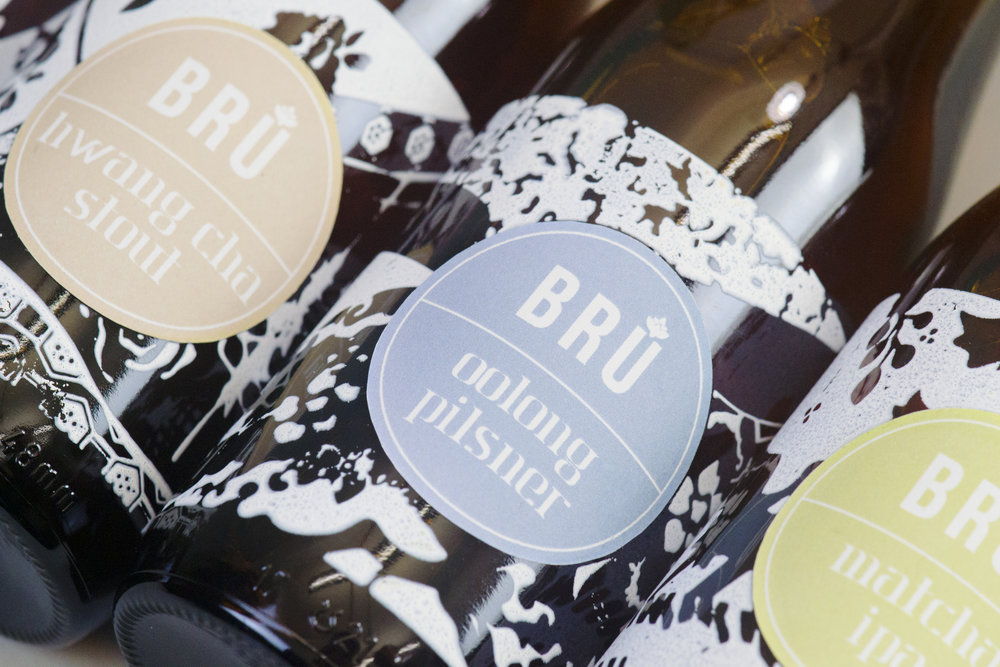 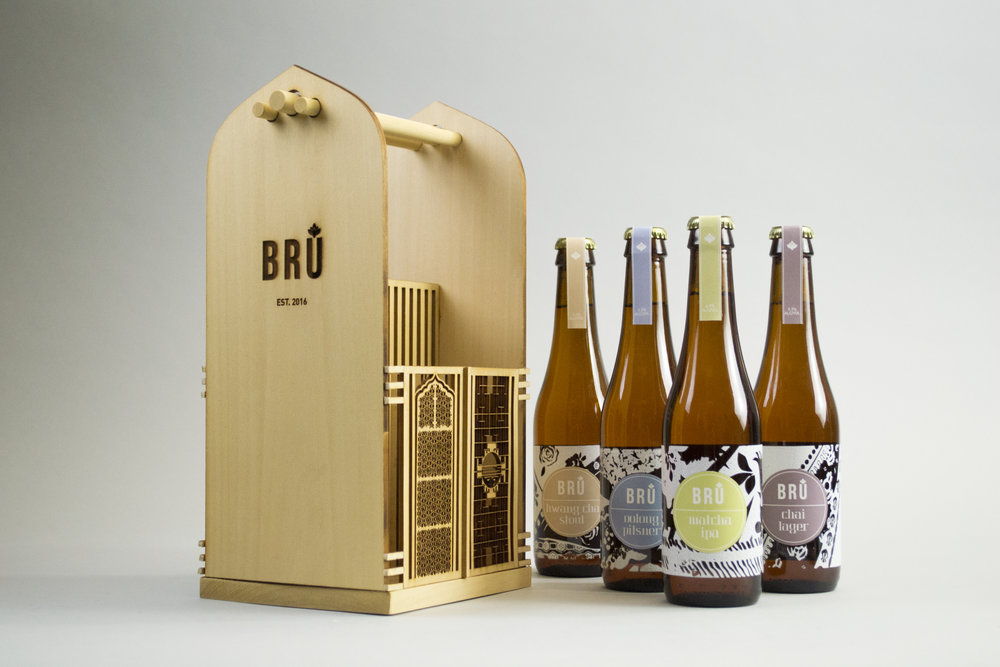 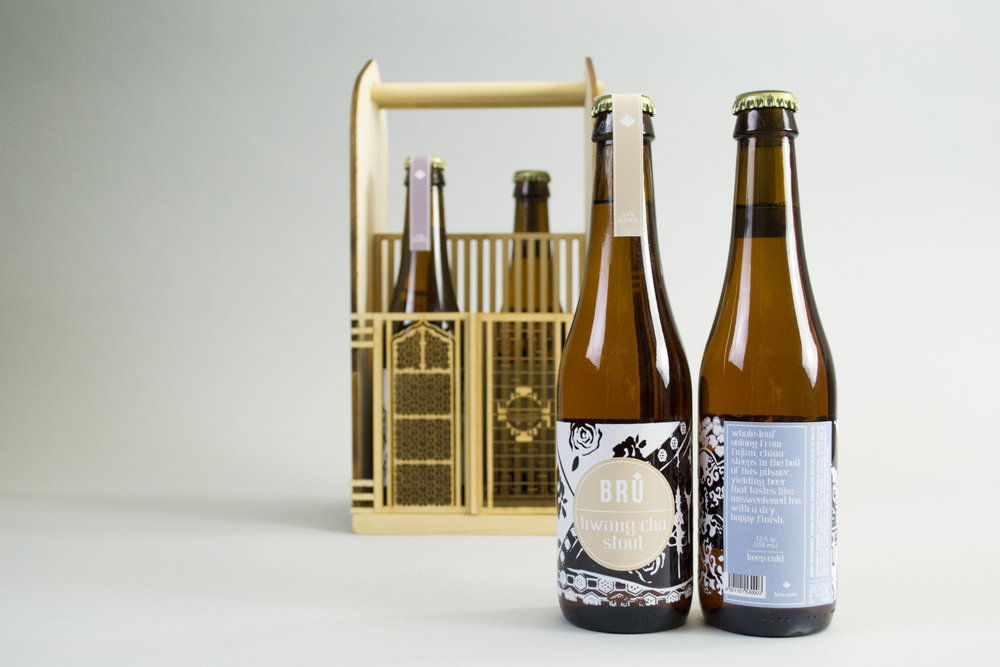 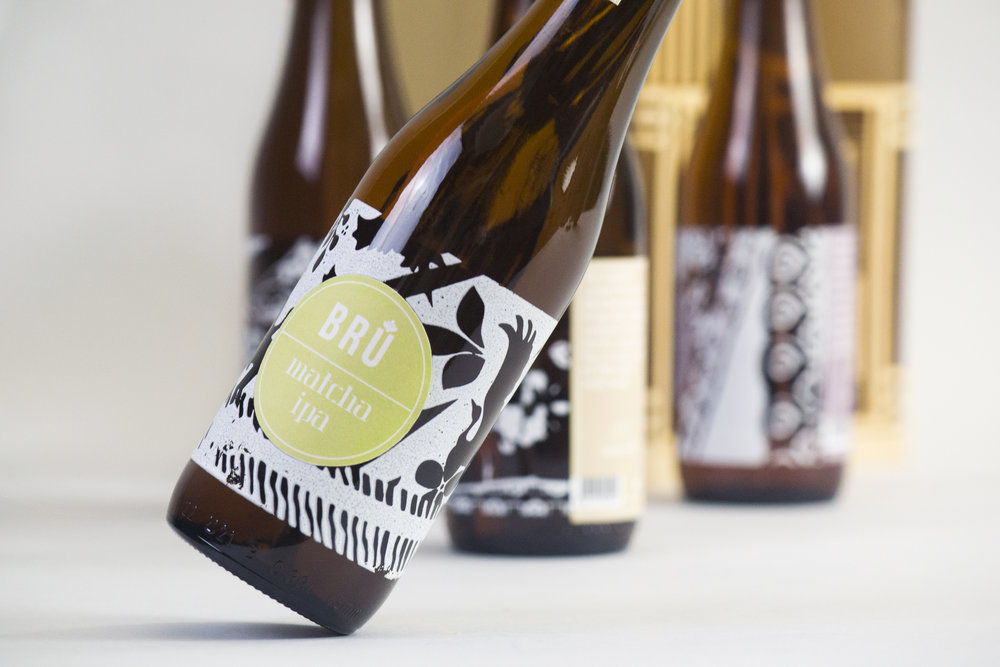 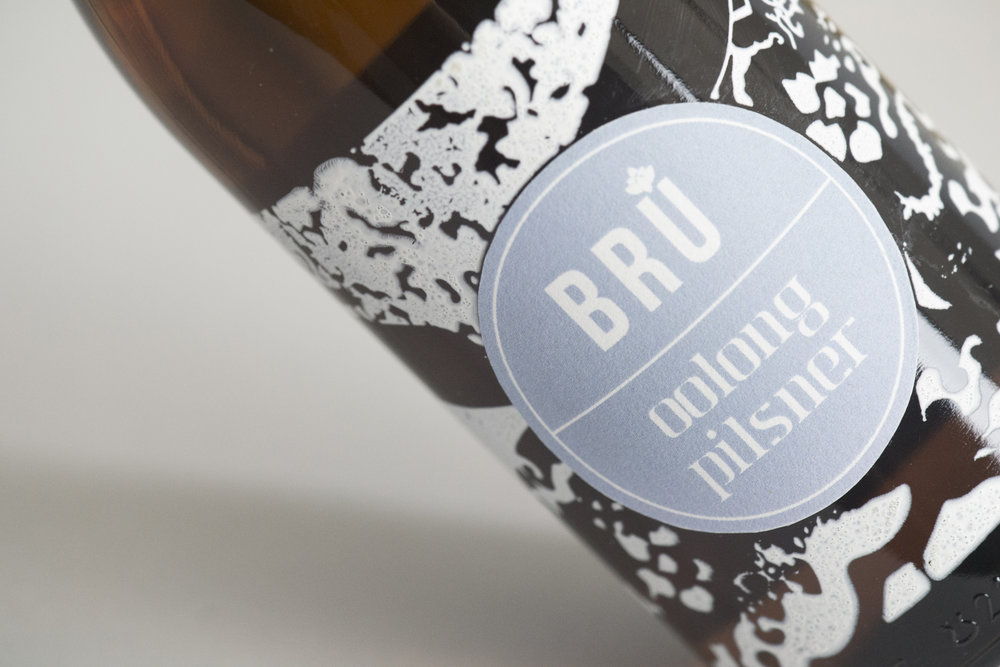 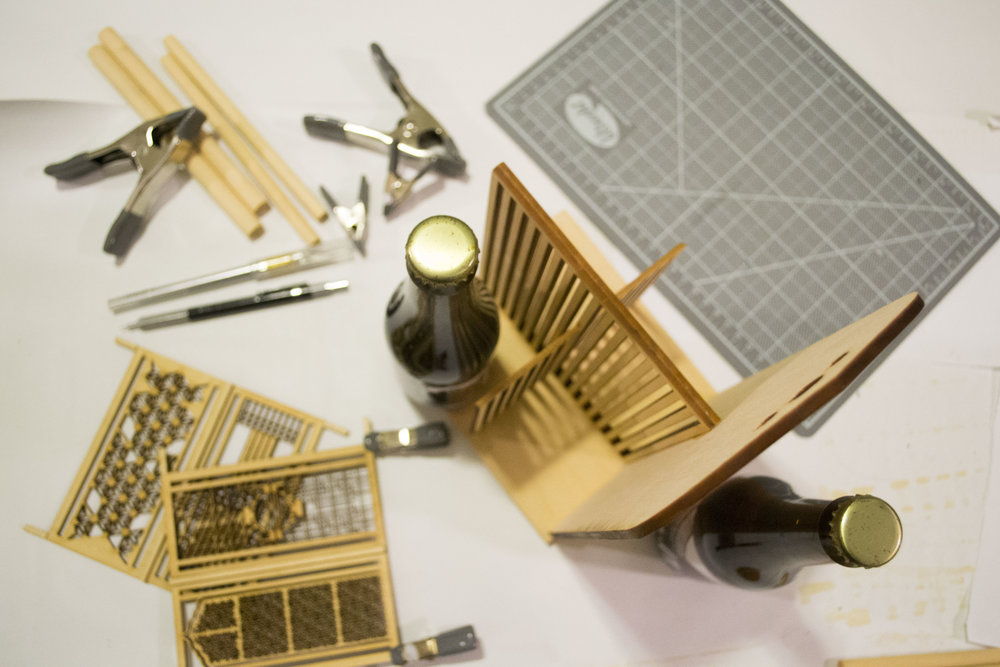 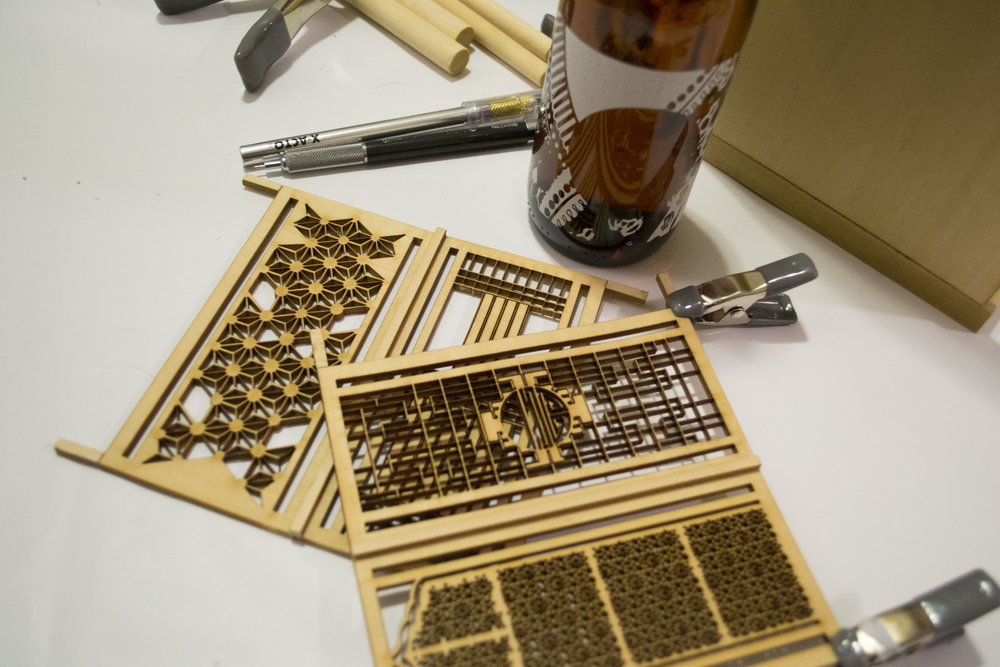 This project is for tea-infused beer branding and packaging.