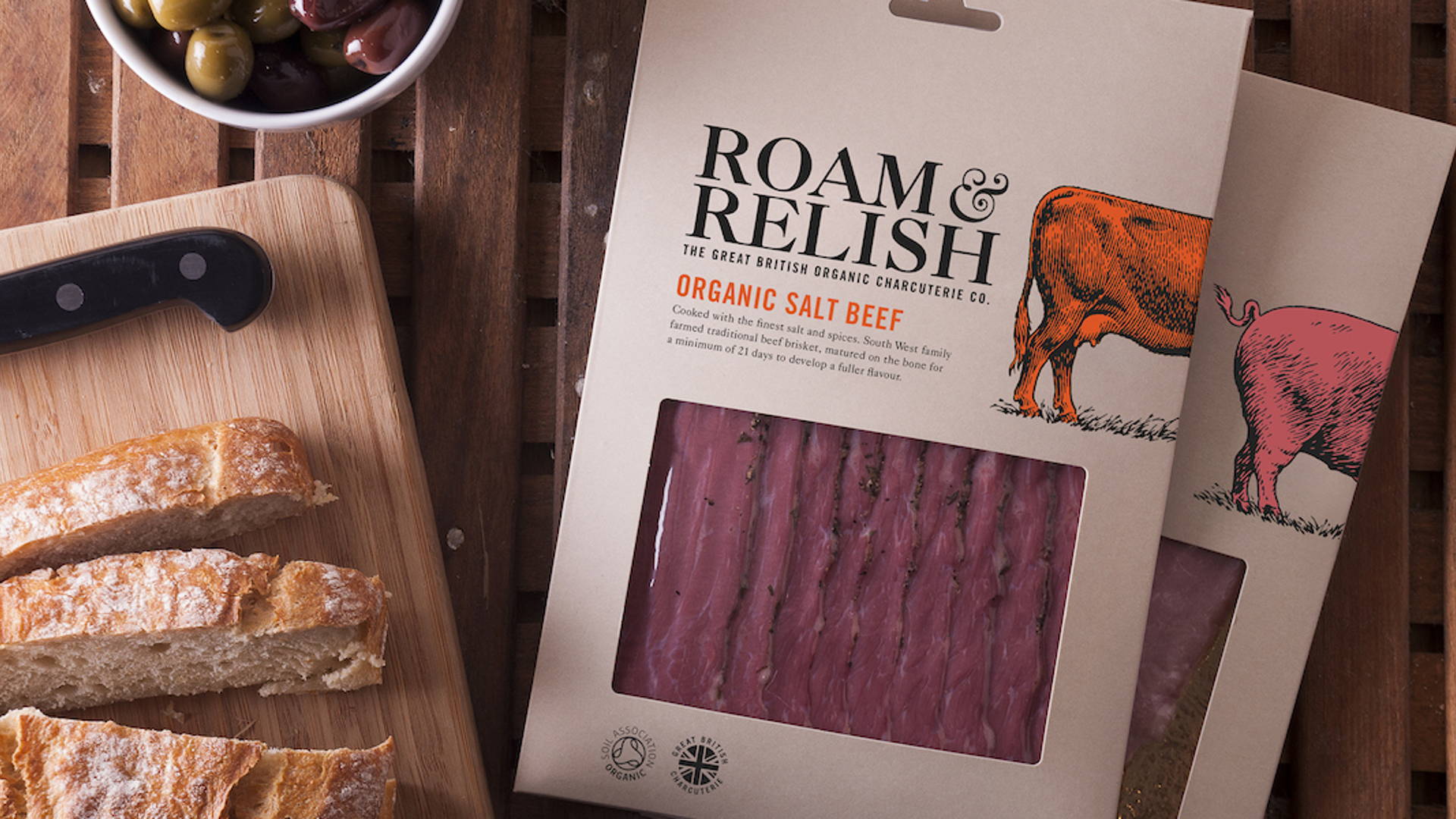 Head to the Farm with Roam & Relish Meat Packaging

Roam & Relish is just like heading to the farm directly to get fresh venison, beef, and ham. This line of organic meat comes straight from a small farm in the U.K., and they turned to Buddy to design packaging that would highlight the high quality of their products.

“In deepest Devon, nestling in rolling hills on the edge of Dartmoor, is a farm with a lot of very happy animals. Eversfield is the dream of the Bury family—father Mark, son Hamish and daughter Anna—of a business where the animals and land receive the very best care, producing prize-winning, traditionally-reared, organic meat.” 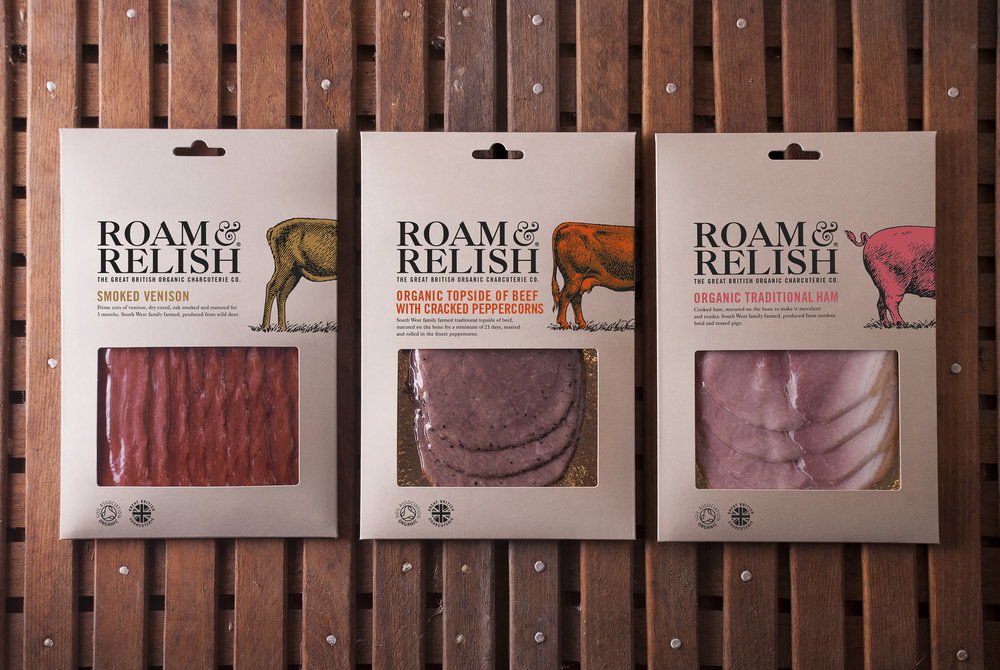 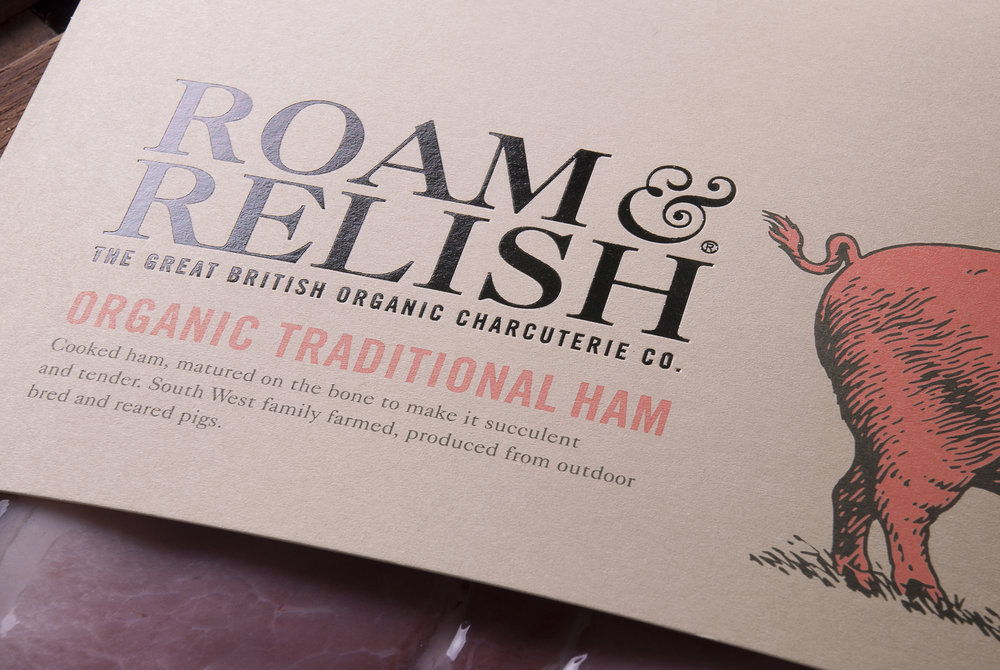 “When the farm took the decision to step into charcuterie—territory once considered to be the preserve of continental countries—it needed packaging that could instantly convey its higher standard of animal welfare and premium quality, alongside more familiar French, Spanish and Italian competition.”

Products from Roam & Relish come from an organic farm that treats its livestock with dignity, so showing illustrations of the animals helps communicate that the meat comes from a living, breathing creature. It adds a level of humanity and clearly advertises the brand’s priorities when creating their products. A cutout allows consumers to see the high quality of the meat they’re about to buy, and the traditional font feels traditional, almost like you’re heading to the farm to get the cuts of venison, beef, and ham. 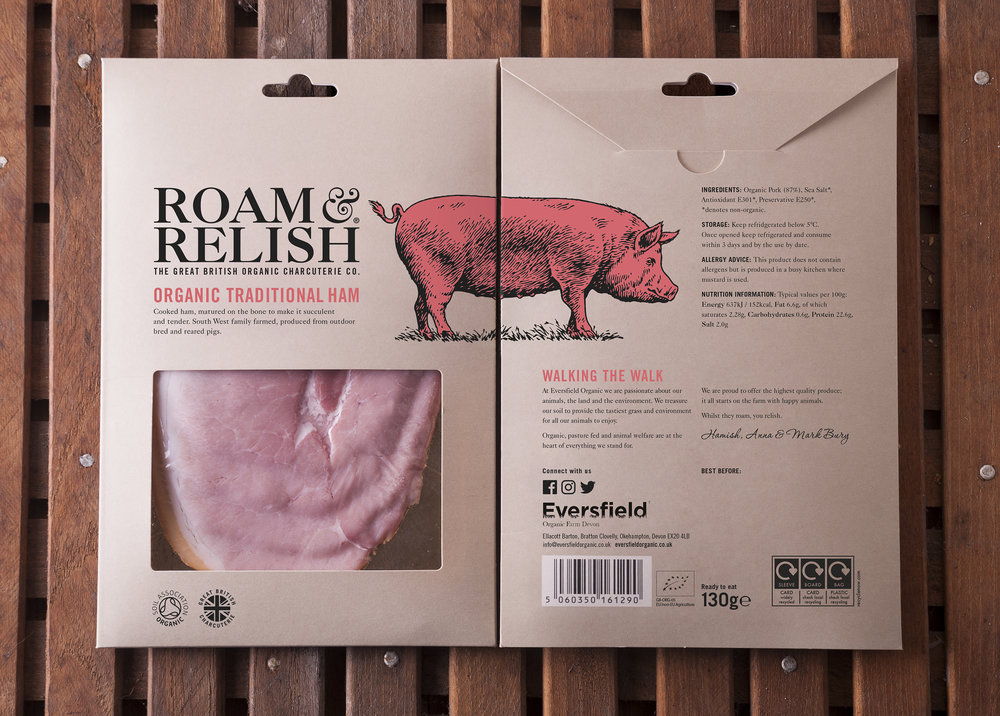 “It wasn’t a cut-and-dried process. But we were able to develop a name that combined notions of liberated livestock and savoury superiority (with the bonus of a deliciously pigtailesque ampersand). This led to the brand identity, with the hindquarters of happy animals disappearing off the front of each pack emphasising their freedom to wander, and some cultured typography connoting the craft of the curing process. Next to its continental rivals, we think it’s a range that stands apart from the herd.” 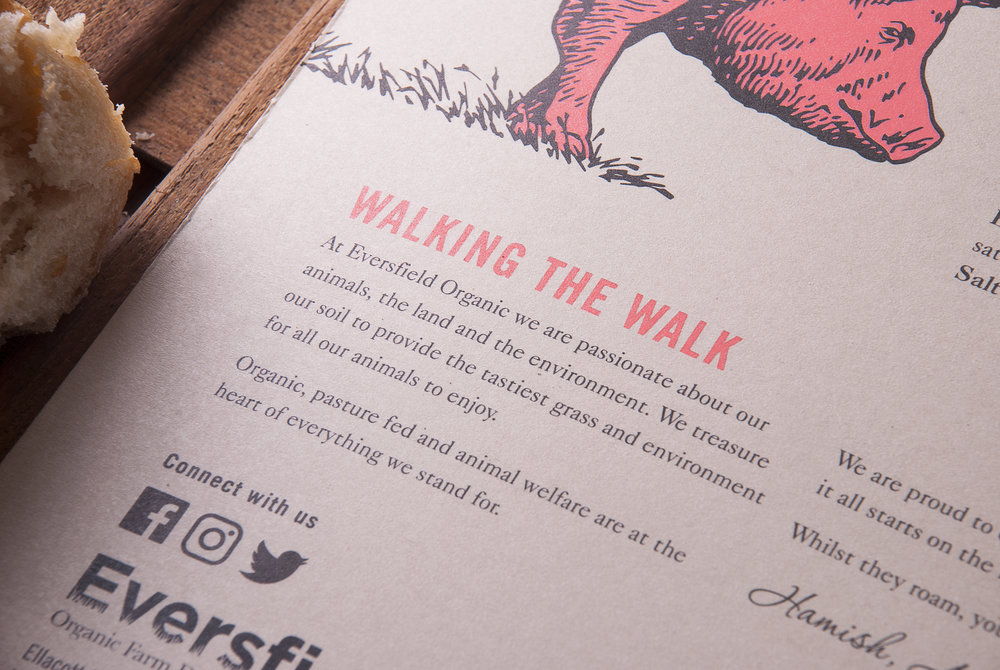