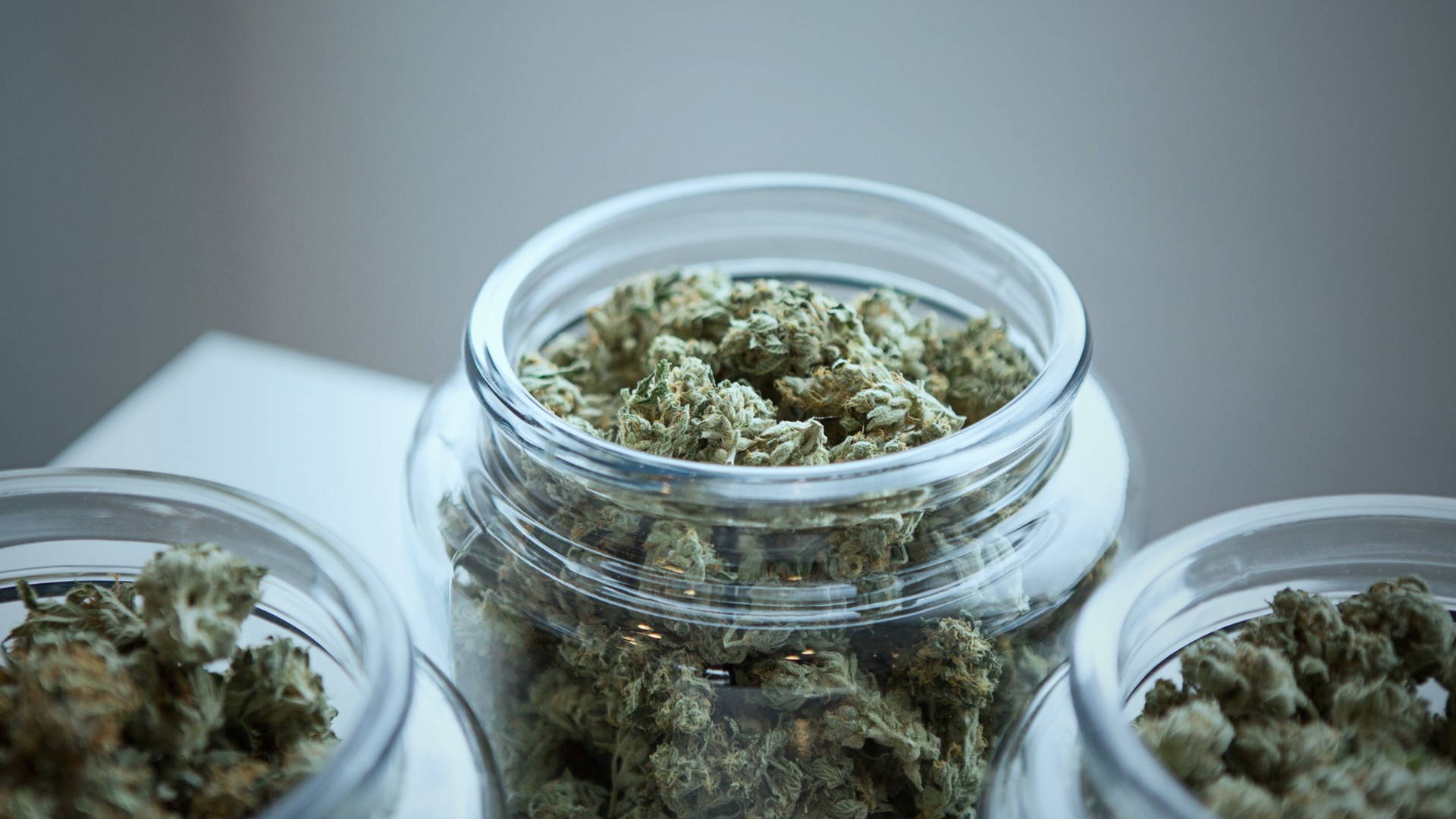 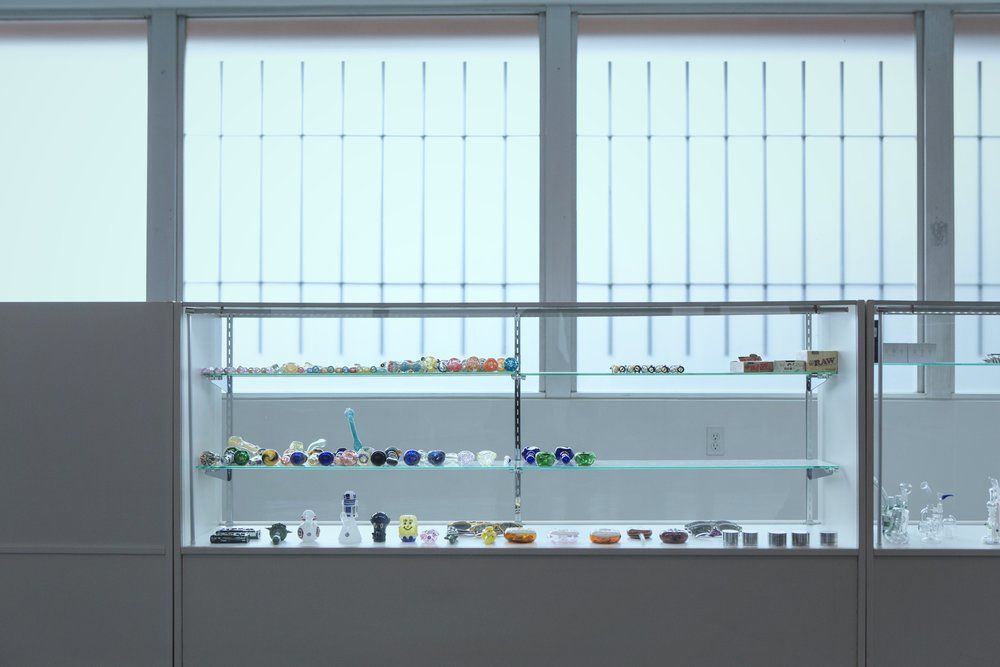 We can all agree that this election has been a bit of a slow-mo car wreck, can’t we? But while the presidential election is on the forefront of everyone’s minds, Election Day is about more than that—by heading to the polls (or mailing in your choices), you’re also voting on a number of statewide issues and electing local officials. For California, a number of exciting Propositions are on the ballot that deal with the death penalty, single-use plastic bags in grocery stores, and gun possession.

Prop 64 is particularly intriguing. The proposal would legalize marijuana under state law for adults 21 and older, incorporate state taxes on sales and cultivation, and would establish standards for products containing marijuana. If it passes, it not only means that anyone 21 or older can grow, possess, or use marijuana legally, but it also ensures that businesses that grow and sell non-medical marijuana would be regulated and taxed.

We could wax poetic about the health benefits of a natural plant like marijuana and also inform you that alcohol is more addictive than marijuana, but Prop 64 is not without concerns. Primarily: by making marijuana legal, what’s to say it won’t get into the hands of a teen or, worse yet, accidentally in the hands of a young child?

“Education is, and will continue to be, the key to consumers having an enjoyable experience with edibles. When it comes to the perceived dangers surrounding edibles being made available to children, we urge parents to take a position of responsibility and common sense,” mentioned Scott Palmer, co-founder of Kiva Confections. “Under prop 64, edibles will only be available in special storefronts called dispensaries and then only to consumers who are over the age of 21. Just as a parent or guardian would need to keep certain products away from children (alcohol, prescription drugs, etc.), cannabis should be stored out of the reach of children as well. And just as a parent would discuss the reasons why a minor should avoid consuming alcohol, we believe a similar conversation should be had about edibles.” 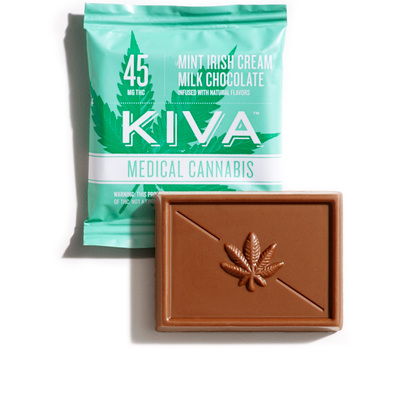 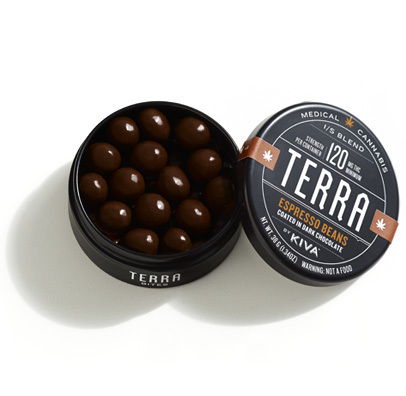 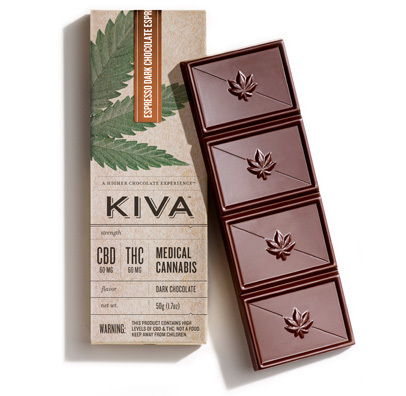 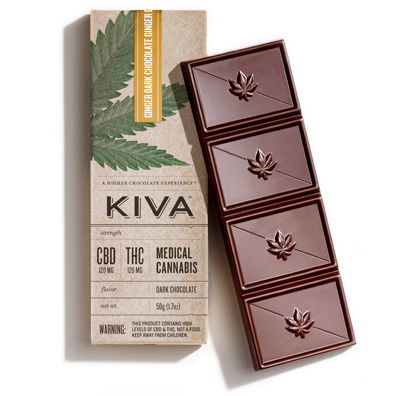 California also has the advantage of being able to turn to other states who have already passed a similar legislation, like Washington and Colorado. According to Palmer, there’s not a significant amount of data to show that children are negatively impacted by an increased presence of edibles. “Cannabis is remarkably non-toxic (especially when compared to some pharmaceutical drugs more commonly found in medicine cabinets) and presents little risk in terms of lasting harm from isolated exposure,” he added. “When stored properly and with the appropriate advice from parents, we believe edibles can be a safe and effective way to consume cannabis.”

What does Prop 64 mean for package designers?

Prop 64 would place restrictions and guidelines on cannabis-infused products, but these confines aim to keep consumers safe and educated. Essentially, it would make the high standards that producers like Kiva Confections hold themselves to a mandatory practice for all edible manufacturers. “Much of Prop 64's regulations align with Kiva's own beliefs about best practices for infused product design and packaging,” Palmer stated. “Cannabis edibles should never be designed to appeal to children which means avoiding cartoonish imagery and even pictures of food. We welcome the standardized dosing limits of 10MG of THC per serving and in fact have been focused on products centered around 5mg doses for some time now. For the average consumer of cannabis, 5-10mg of THC is plenty to enjoy it’s effects.”

As cannabis products become more widely accepted, consumers desire a more refined experience. For many, marijuana is simply another way to wind down at the end of a long day, just like someone else may partake in a glass of wine. Stoner paraphernalia doesn’t align with this; instead, more sophisticated options like Kola Premium Cannabis, AYA Pure Cannabis Nectar, Highlighter by Bloom Farms, and Kiva Confections.

This type of packaging is also relatively unappealing to children, so to keep it out of their reach it’s most important to talk about it. Honest, open, and educational discussions with kids and teens is what will keep marijuana out of their hands—not impossible, difficult packaging. 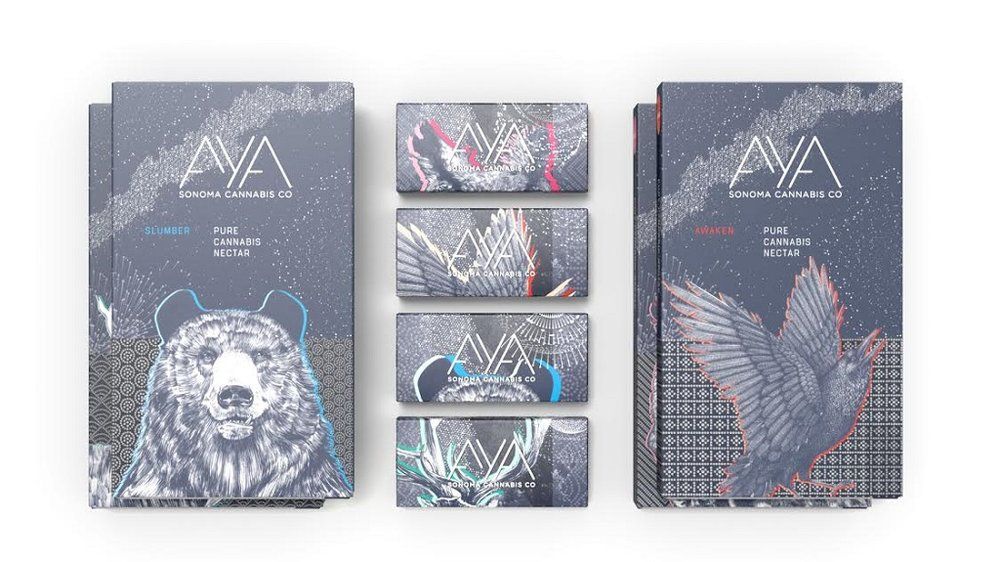 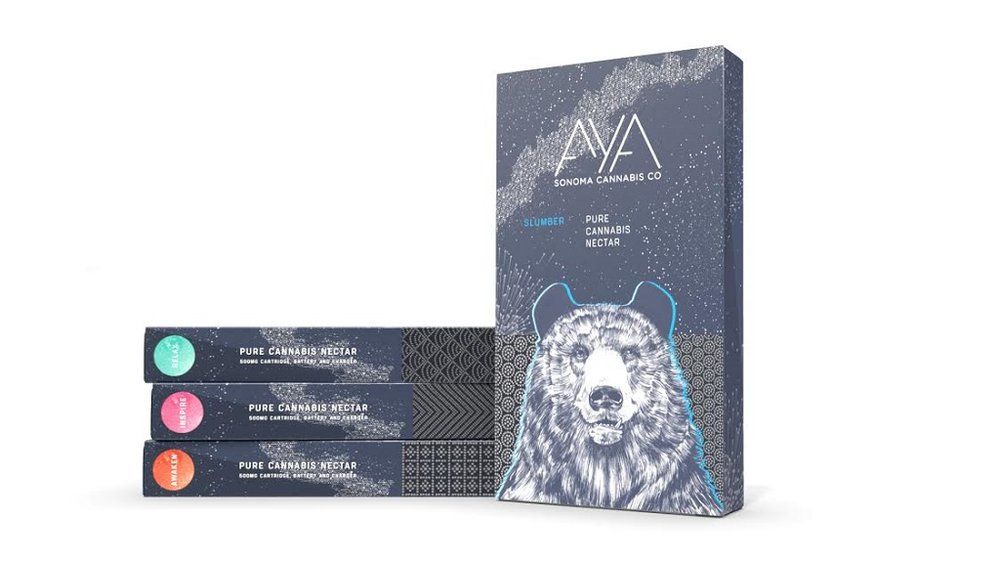 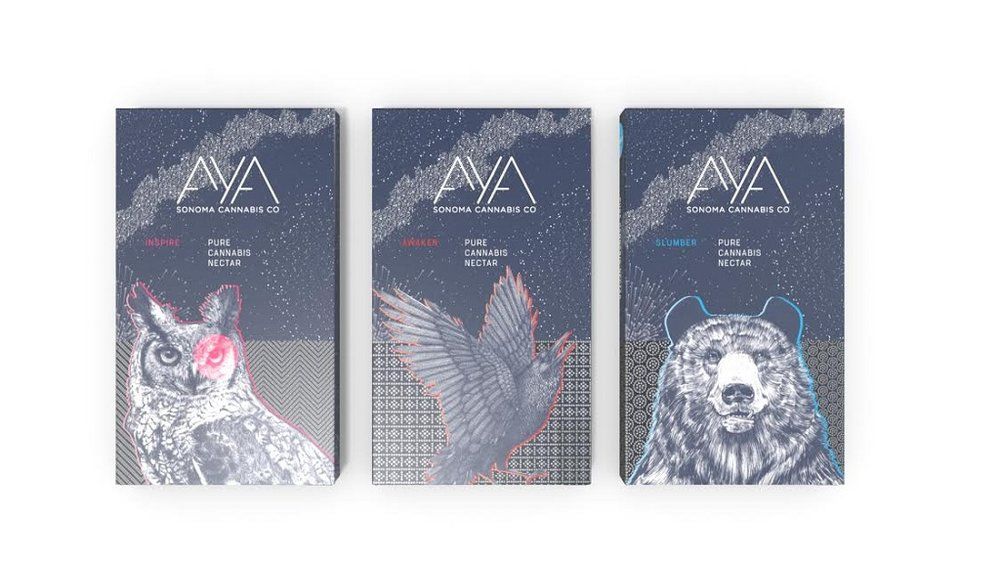 “There is a creeping movement by some regulators to force edibles into child resistant packaging or CRP. CRP is packaging designed to prevent a five year old from accessing the product,” Palmer added. “While at the surface this seems like a sensible approach, the evidence suggests the risk to children is low. CRP is costly to develop and cumbersome from the consumers standpoint. As an example, the solution we developed for the CO market doubles the size of the package and will ultimately add an additional two dollars to the end consumer.”

“Marijuana products shall be: (1) Not designed to be appealing to children or easily confused with commercially sold candy or foods that do not contain marijuana. (2) Produced and sold with a standardized dosage of cannabinoids not to exceed ten (10) milligrams tetrahydrocannabinol per serving. (3) Delineated or scored into standardized serving sizes if the marijuana product contains more than one serving and is  an edible marijuana product in solid form. (4) Homogenized to ensure uniform disbursement of cannabinoids throughout the product. (5) Manufactured and sold under sanitation standards established by the Department of Public Health, in consultation with the bureau, for preparation, storage, handling and sale of food products. (6) Provided to customers with sufficient information to enable the informed consumption of such product, including the potential effects of the marijuana product and directions as to how to consume the marijuana product, as necessary.”

“The Controller shall next disburse the sum of ten million dollars ($10, 000, 000) to a public university or universities in California annually beginning with fiscal year 2018-2019Public safety issues related to marijuana use, including studying the effectiveness of the packaging and labeling requirements and advertising and marketing restrictions contained in the Act at preventing underage access to and use of marijuana and marijuana products, and studying the health-related effects among users of varying potency levels of marijuana and marijuana products.”

“The Adult Use of Maiijuana Act prohibits the sale of nonmedical marijuana to those under 21 years old, and provides new resources to educate youth against drug abuse and train local law enforcement to enforce the new law. It bars marijuana businesses from being located within 600 feet of schools and other areas where children congregate. It establishes mandatory and strict packaging and labeling requirements for marijuana and marijuana products. And it mandates that marijuana and marijuana products cannot be advertised or marketed towards children.” 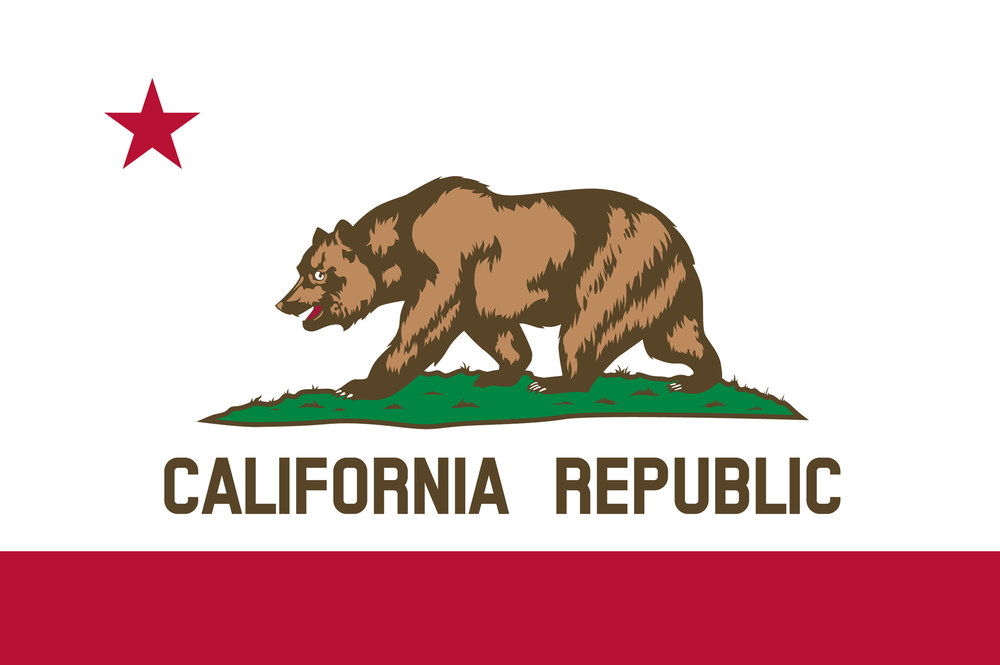