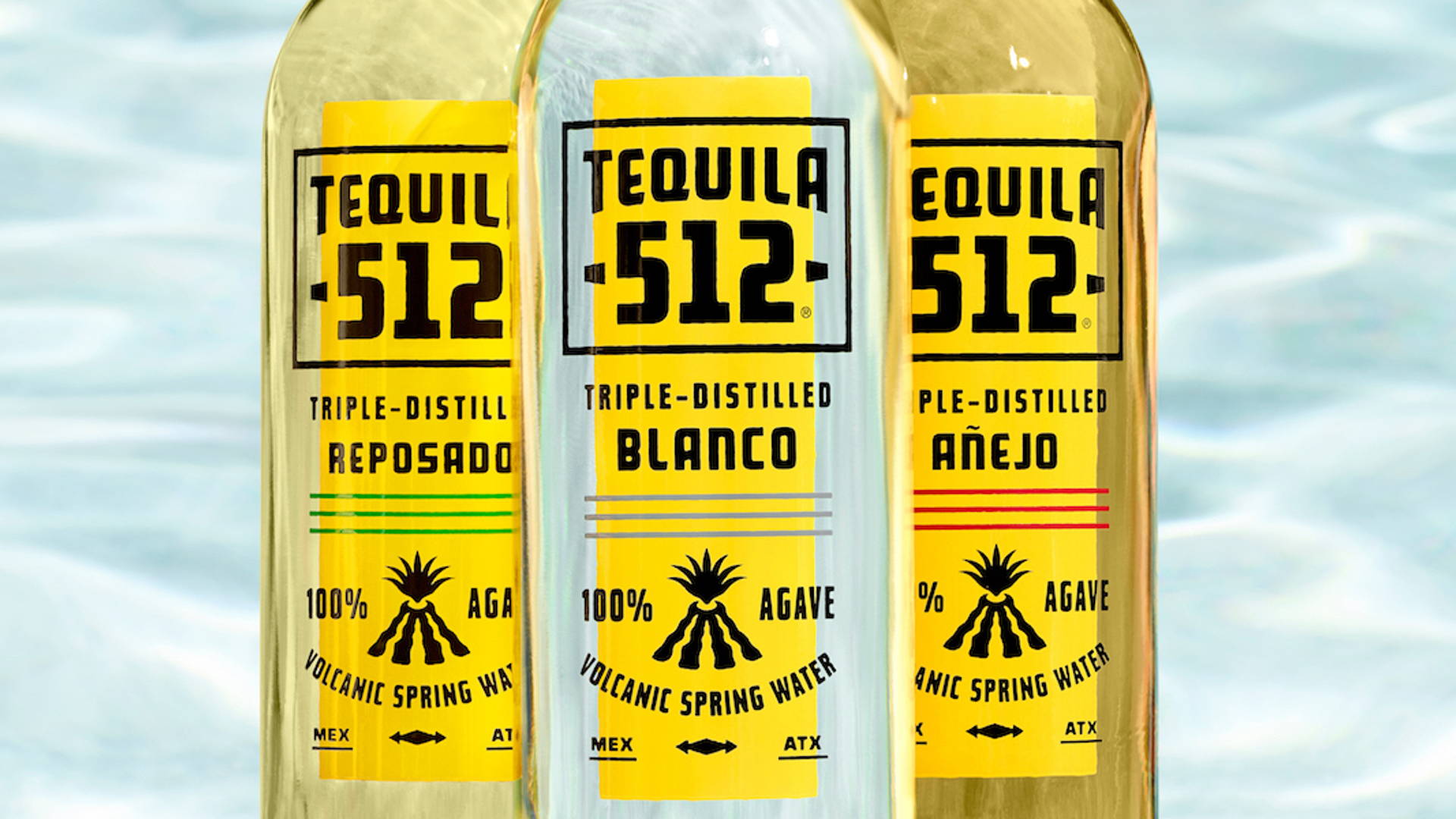 “The Perfect Anytime Tequila.” Austin’s Tequila 512 partnered with The Butler Bros to launch a completely new look, connecting consumers with positioning for the Double-Gold winning spirit and brand story.

“The origins of Tequila 512 can be traced back to the Austin airport, when Founder Scott Willis hung up on his boss and hopped on a plane bound for Guadalajara, Mexico. A similar trip inspired the brand’s new packaging, created by The Butler Bros. ‘We were having a drink after a day of strategic blitzing,’ said Marty Butler, founder of The Butler Bros. ‘Scott mentioned he was going to Mexico on Monday and asked if we wanted to join him. It felt like a trip we had to take.’” 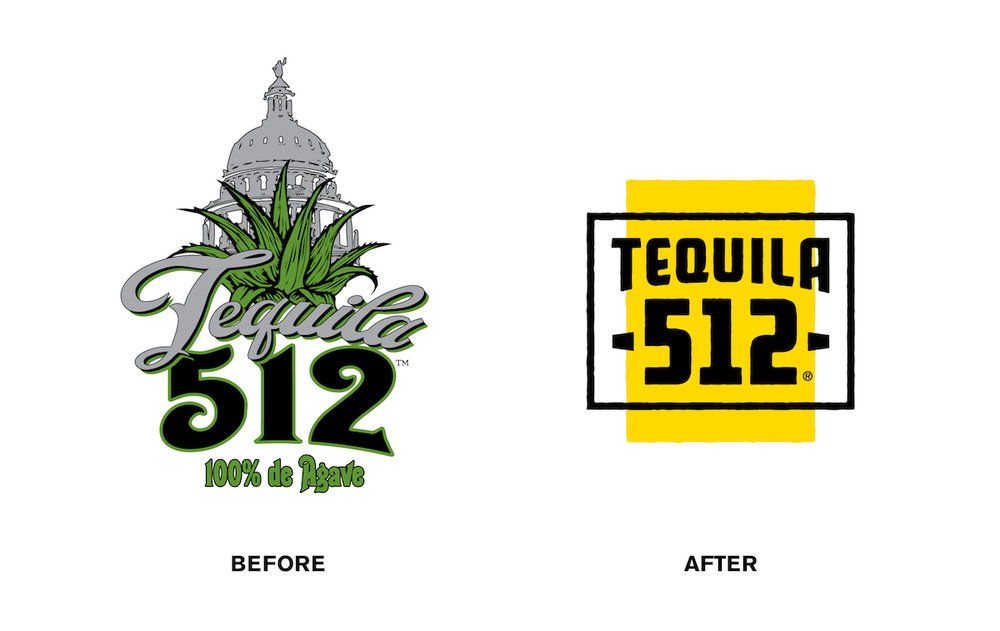 “A ticket was booked on the spot and a few days later Butler found himself with Willis, immersed in the town of Tequila, Jalisco, Mexico. The bold colors and block typography of local sign painters became the inspiration for the brand’s new look. The trip also led to the revelation that Tequila 512 is made with volcanic spring water, a key differentiator that became a central feature of the new label.”

“Willis came to The Butler Bros in search of a package redesign and more refined story for the brand. ‘We’ve had such rapid growth that our brand has really evolved. We wanted our brand identity to mirror that evolution and our recent wave of success,’ said Willis.” 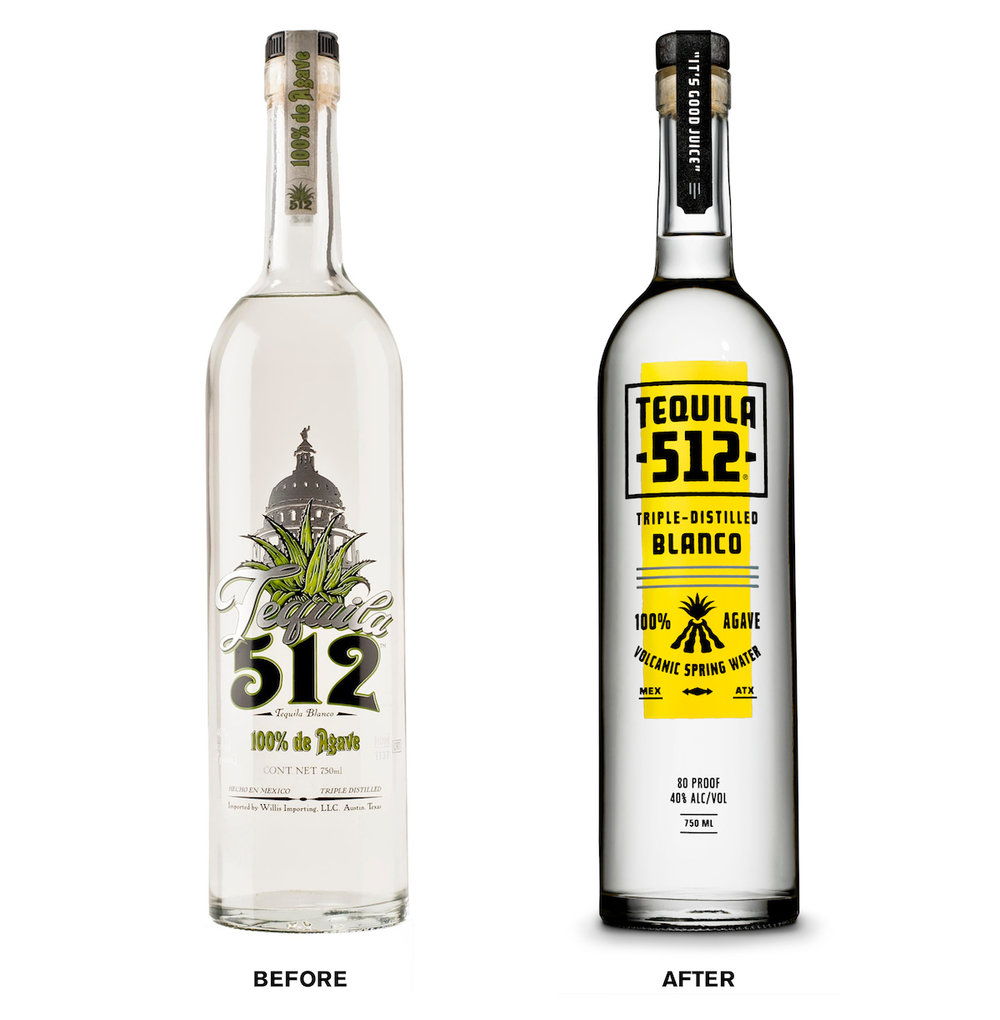 Tequila 512 announced their new Anejo expression which coincided with the rebrand, including refreshed packaging, an updated site, and new positioning. Their approach (what they call “radical creative collaboration”) takes inspiration from their travels, giving the spirit an energetic, grounded appearance. The look is simplified and refined, situating Tequila 512 as a more premium tequila choice while remaining accessible to a wide consumer base. A sans serif font and color block update the bottle, making it modern and appealing to consumers who crave an adventurous drink.

“‘Austin is a town where tequila isn’t saved for special occasions,’ said Butler. ‘That’s the attitude that inspired Willis to create his tequila’s spicy yet smooth profile. The new look is amazing, but it’s still only as good as the liquid that fills the bottle. That’s why the last thing that goes on the package is a seal that reads, ‘It’s good juice.’’” 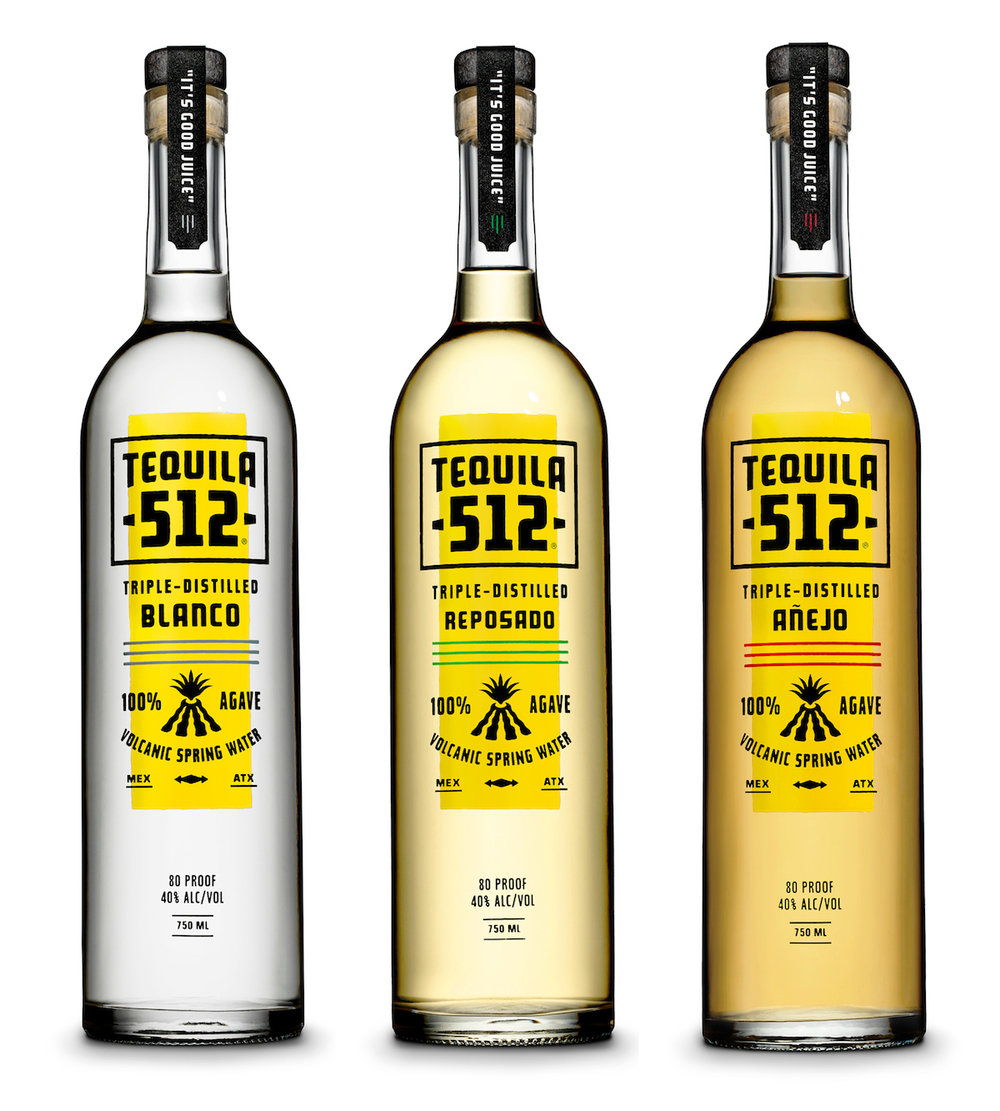 Designed by: The Butler Bros