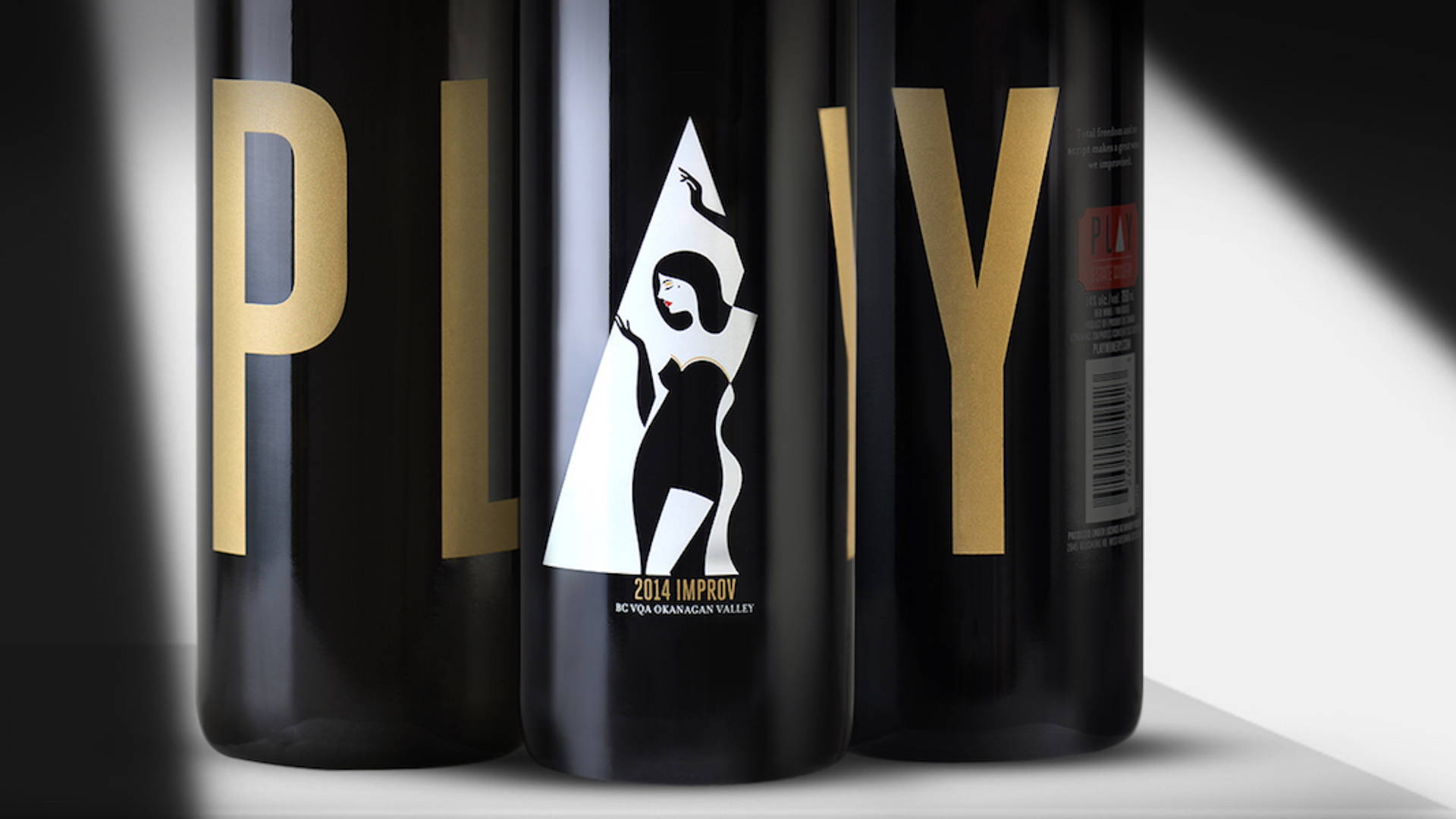 Play Estate Winery has a flair for the dramatic. Designed by Brandever, these are wines that embrace the glamour and excitement of performing onstage. 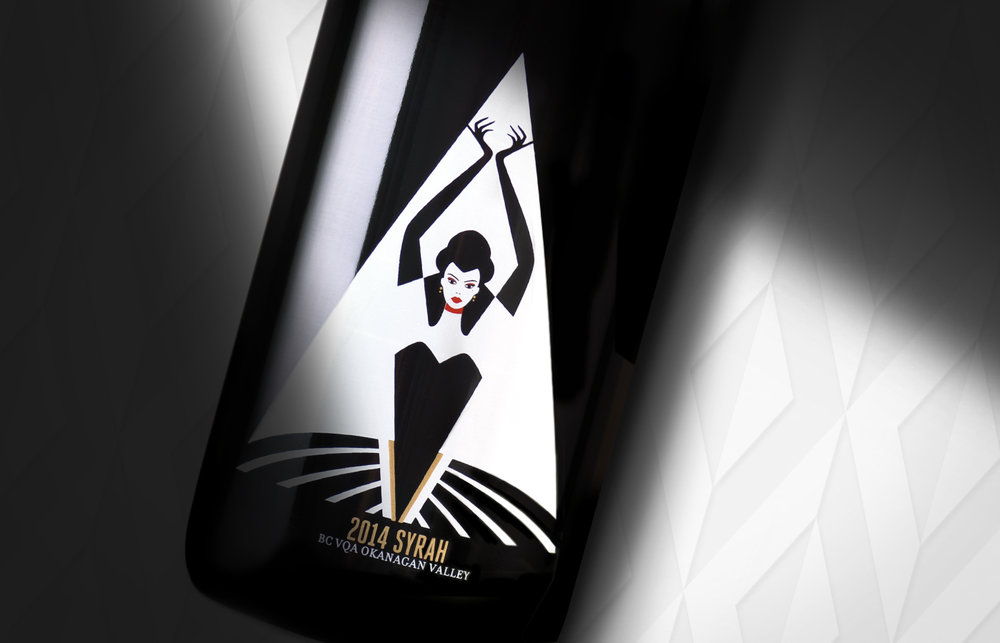 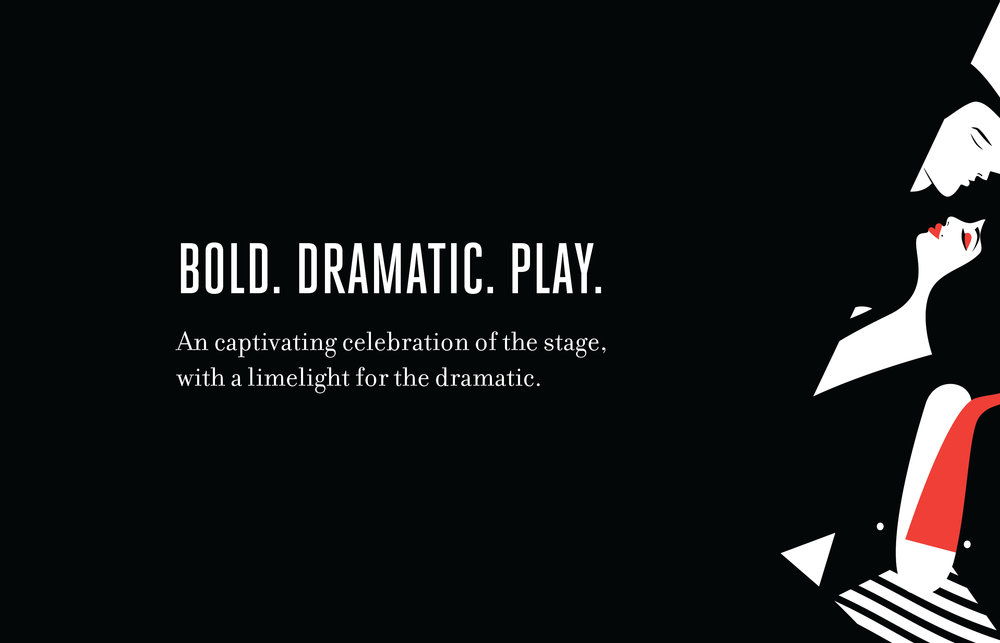 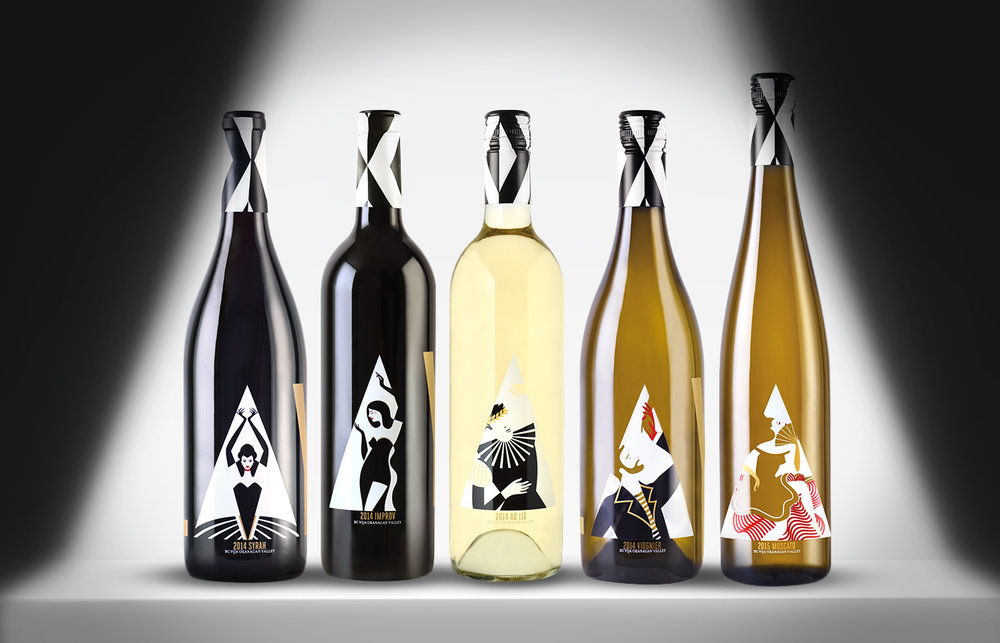 “When an A-lister in the dinner theatre business landed the role of becoming an Okanagan Winery, they approached Brandever to create a captivating narrative for them. Enter Play Estate Winery. As a dramatic celebration of the stage, these are wines most comfortable in the spotlight. Play has taken its audience by storm, to a rapturous applause.” 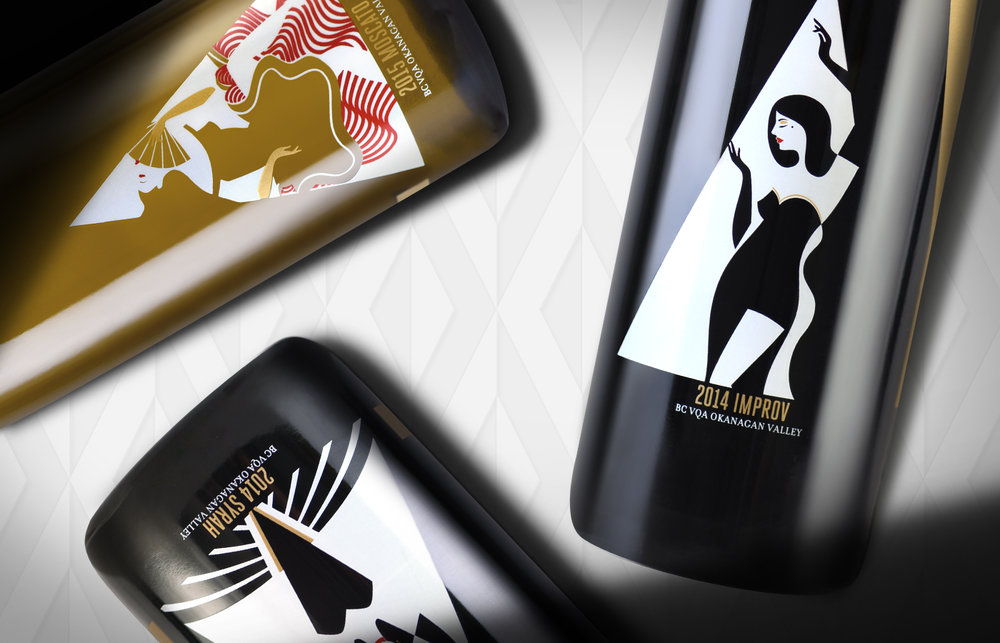 The triangle shape on the bottle not only works as the “A” in Play, but it also mimics the appearance of a spotlight on a stage. Figures on the stage are ballerinas, Shakespearean actors, and cabaret performers, both male and female, giving each variety a distinct personality. Most of the packaging is black and white, making the splashes of gold and red truly stand out. 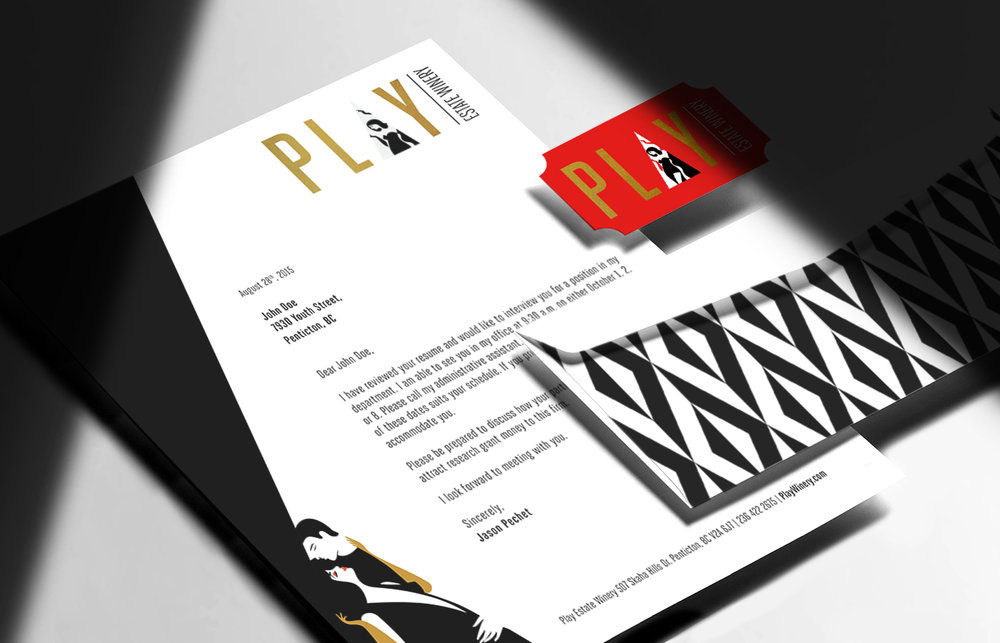 Fruits of Your Labor Wine