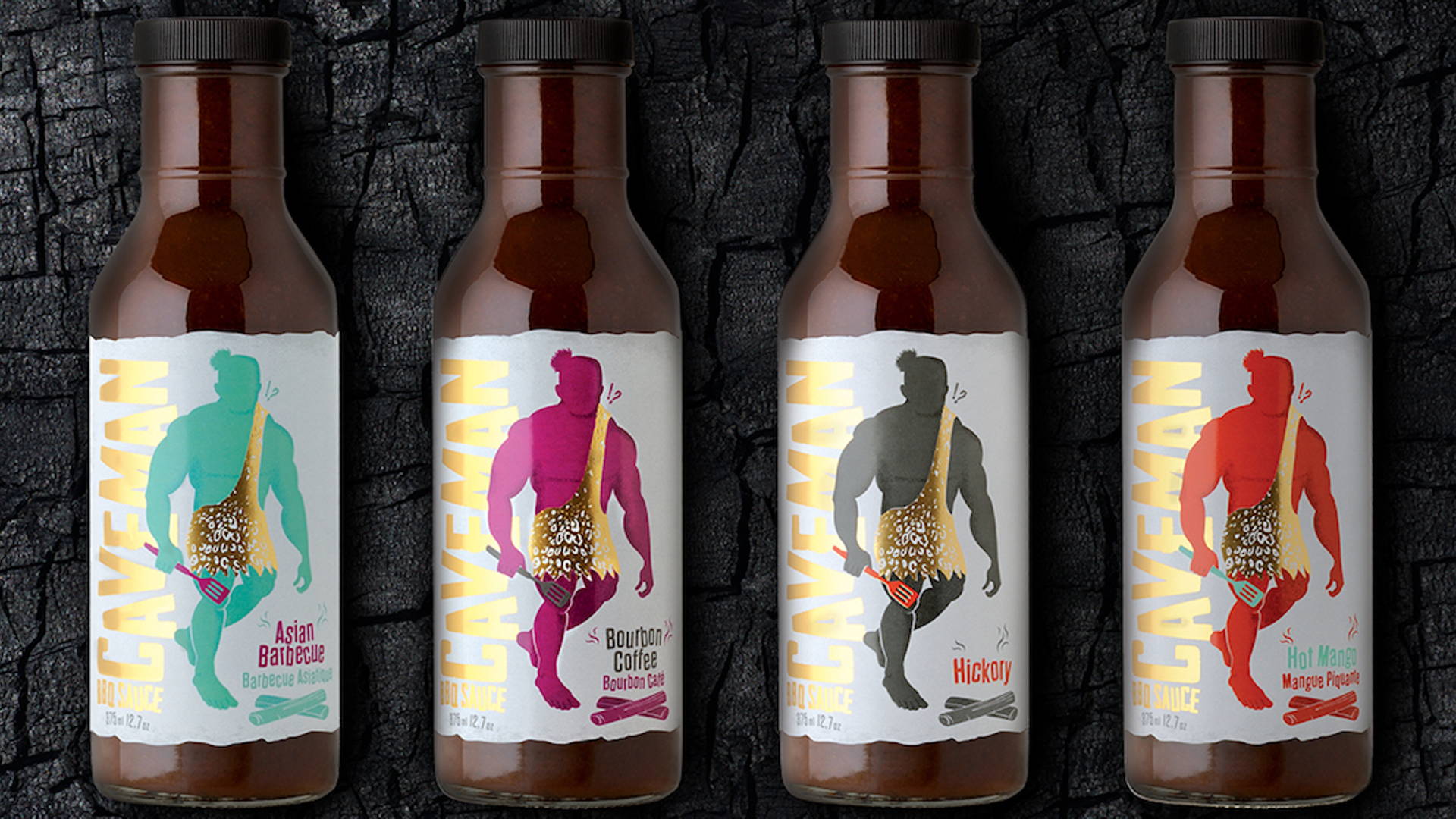 Fire up the grill and get ready for some serious flavor. Brandever designed Caveman BBQ Sauce for those who desire a genuine and intense taste with their barbecue. 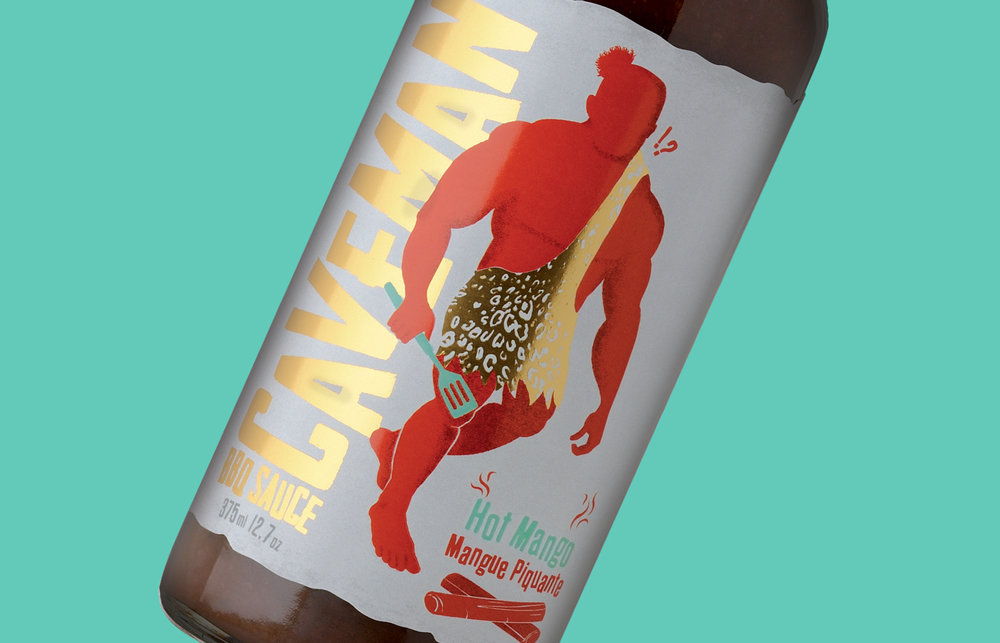 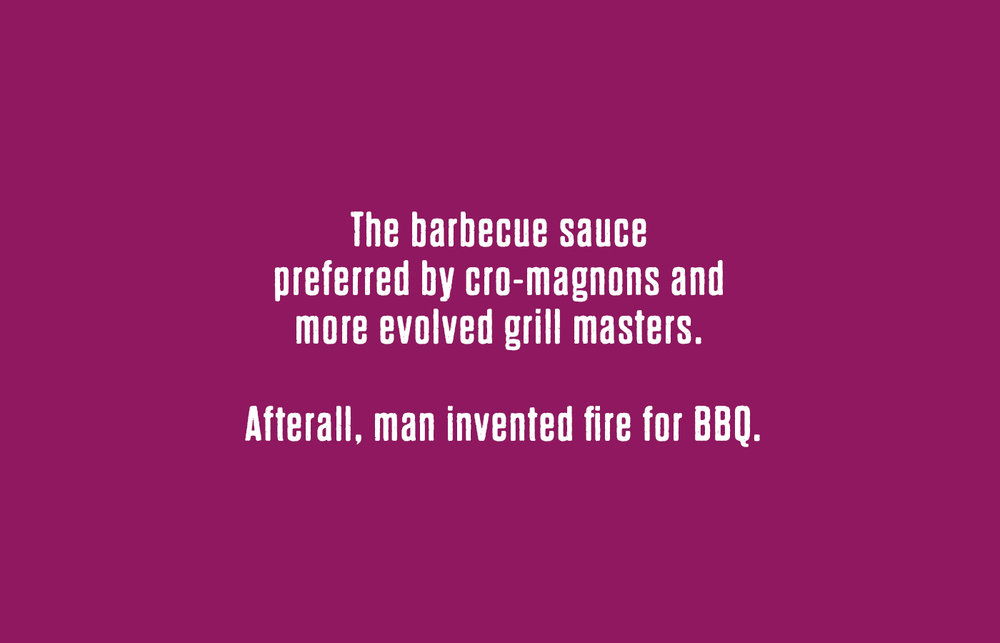 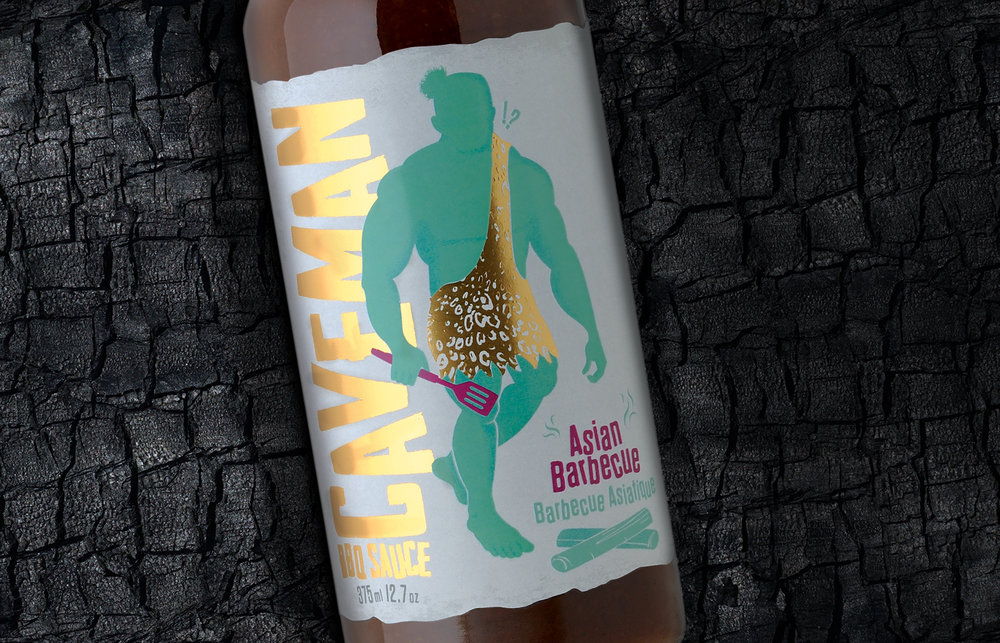 “A distinct departure from the overly familiar dusty cowboys and ol’ what’s-her-name brands. Caveman BBQ Sauces colourfully and playfully depict a cro-magnon figure as the original grill master. A positively primal sauce for the original and most primitive of cooking techniques. After all, man invented fire for BBQ.” 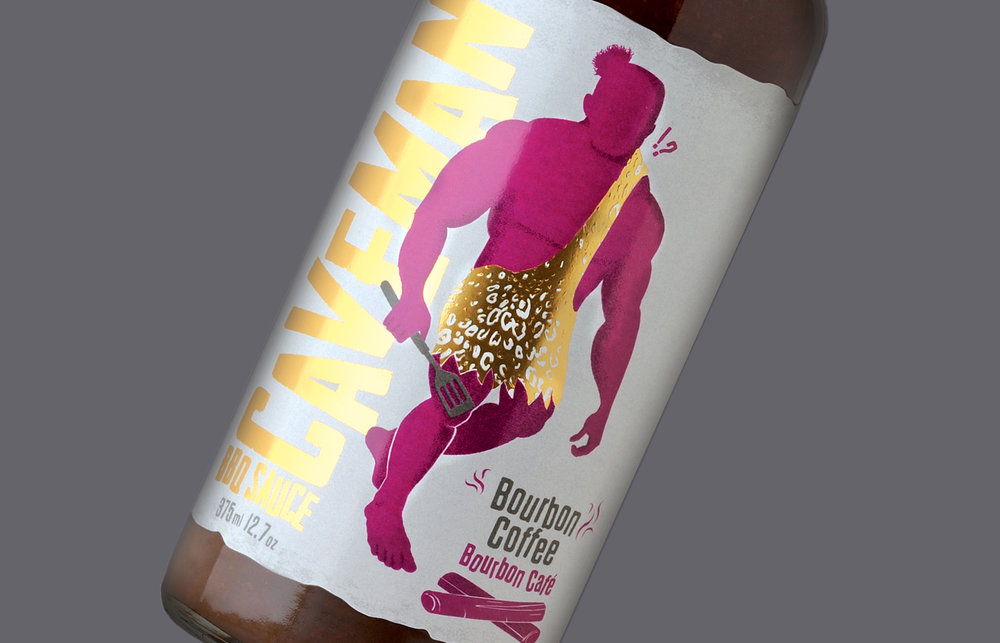 Caveman BBQ Sauce embraces that deep, animalistic part of us, encouraging consumers not to shy away. Bright colors and gold foil give it a funky appearance, updating the way we think about cavemen. The caveman figure on the label remains the same, giving the line of sauces consistency, and the crisp white label makes it stand out on the shelf. 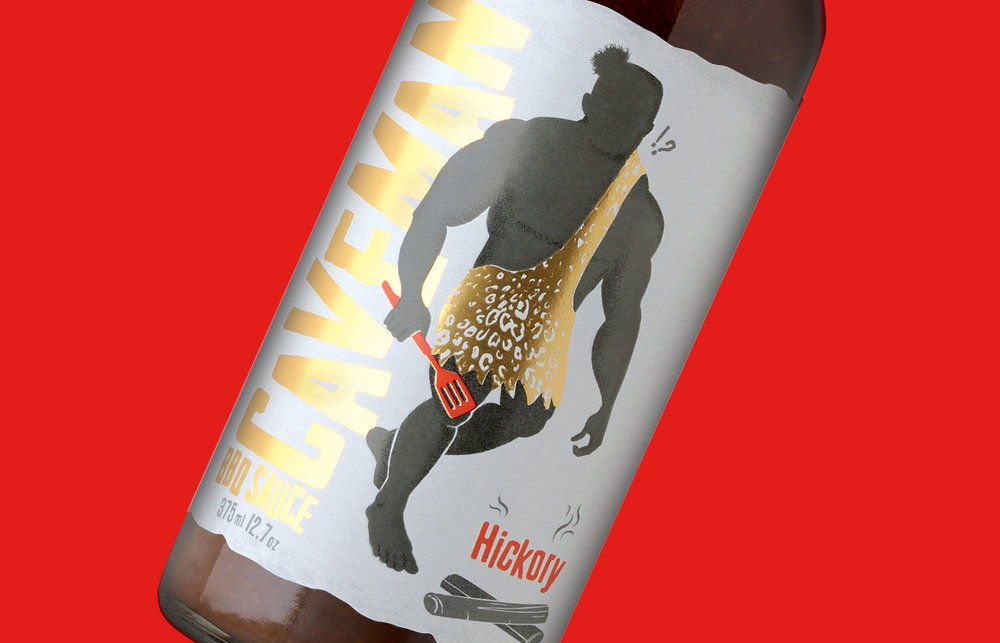 New Starbucks Green Cup: This is NOT the Red Cup