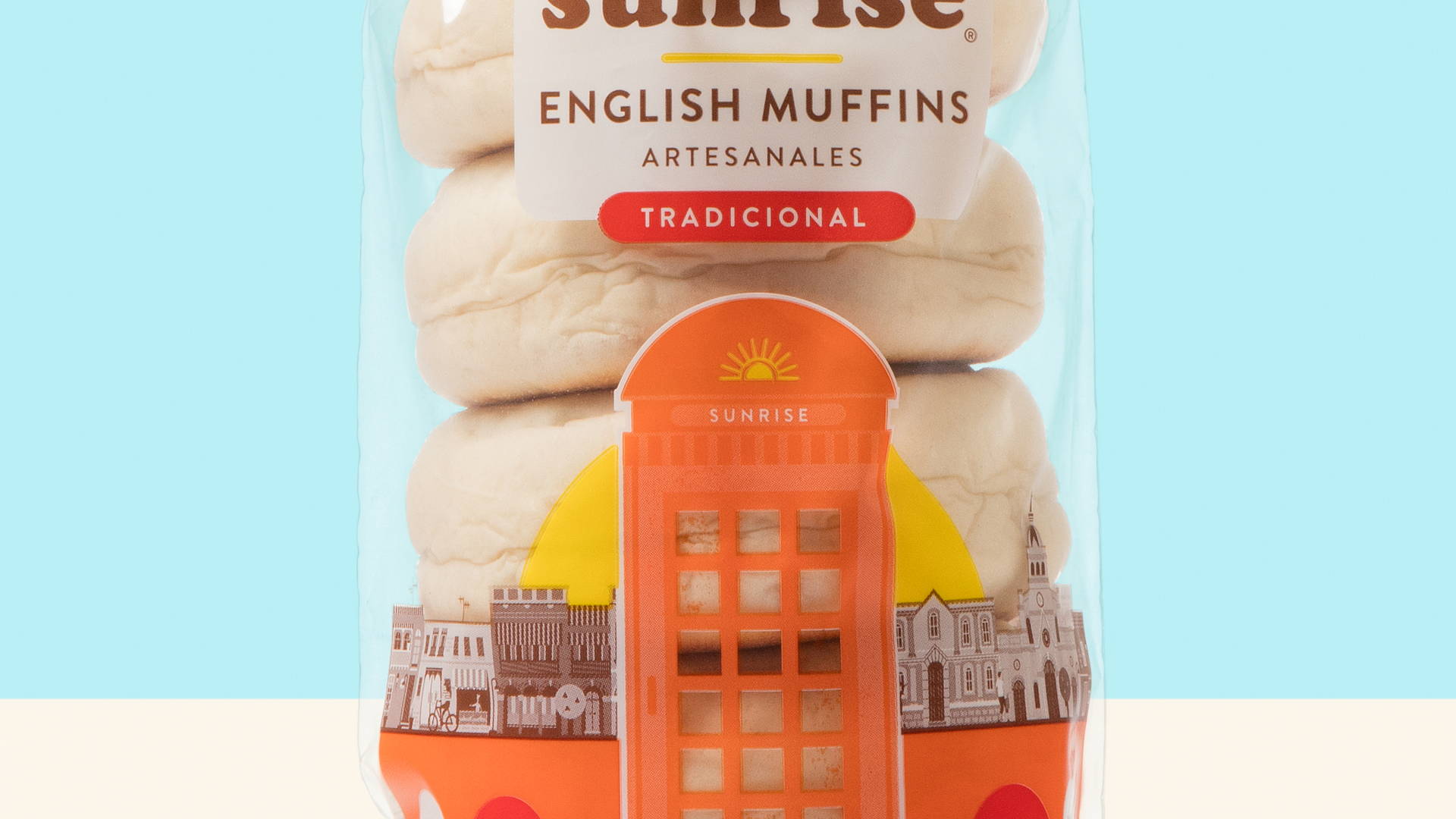 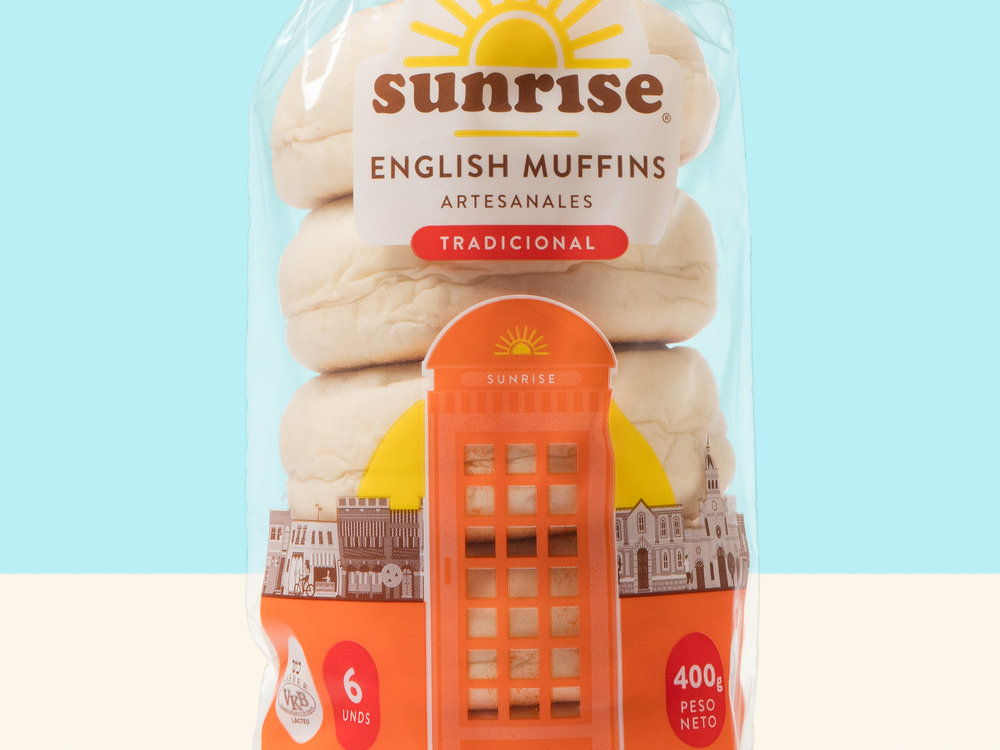 Wake up with the Sunrise. Designed by Siegenthaler &Co, this artisan brand takes its consumers all around the world with muffins, waffles, and crepes. Packaged with each city's iconic "monument", the detailed illustrations take the brand to a new level making the line stand out on supermarket shelves.

"Sunrise is a brand of artisan bakery, which has been characterized by having breads from different regions of the world, such as muffins, waffles or crepes. But they are made in one of the most traditional neighborhoods of Bogota (Colombia). So for the packaging, we decided to steal the monuments or emblematic symbols of each country, such as the Eiffel Tower or The London phone booth and we placed them just in the middle of the central square of the neighborhood of Usaquén, where the bakery is located. It is a small part of the world, in the middle of Usaquén." 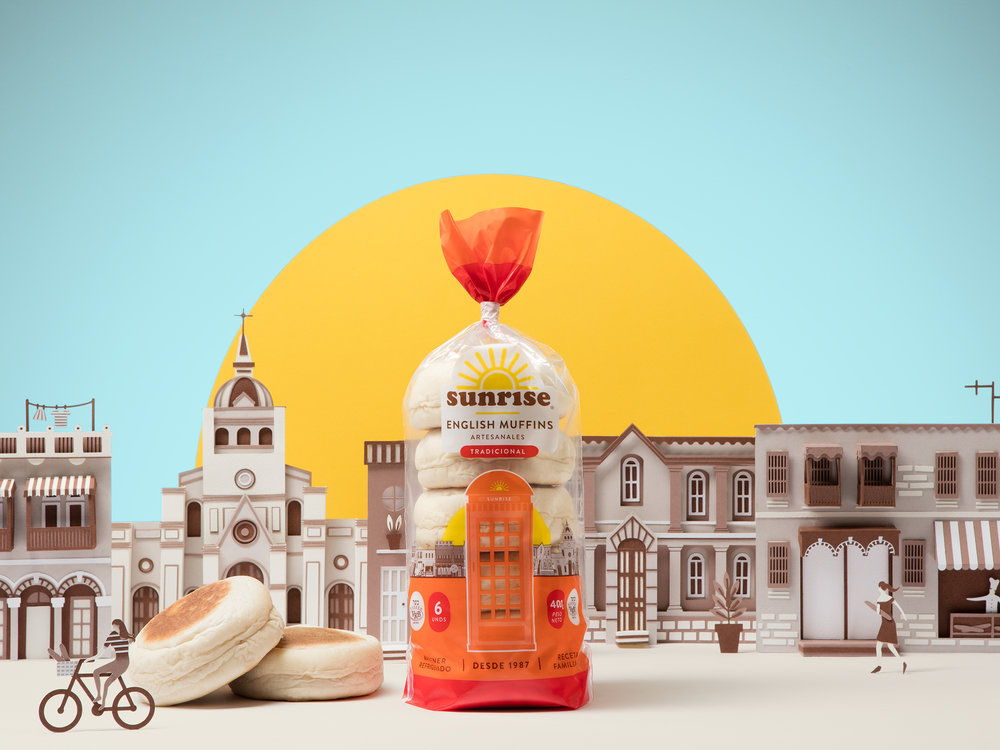 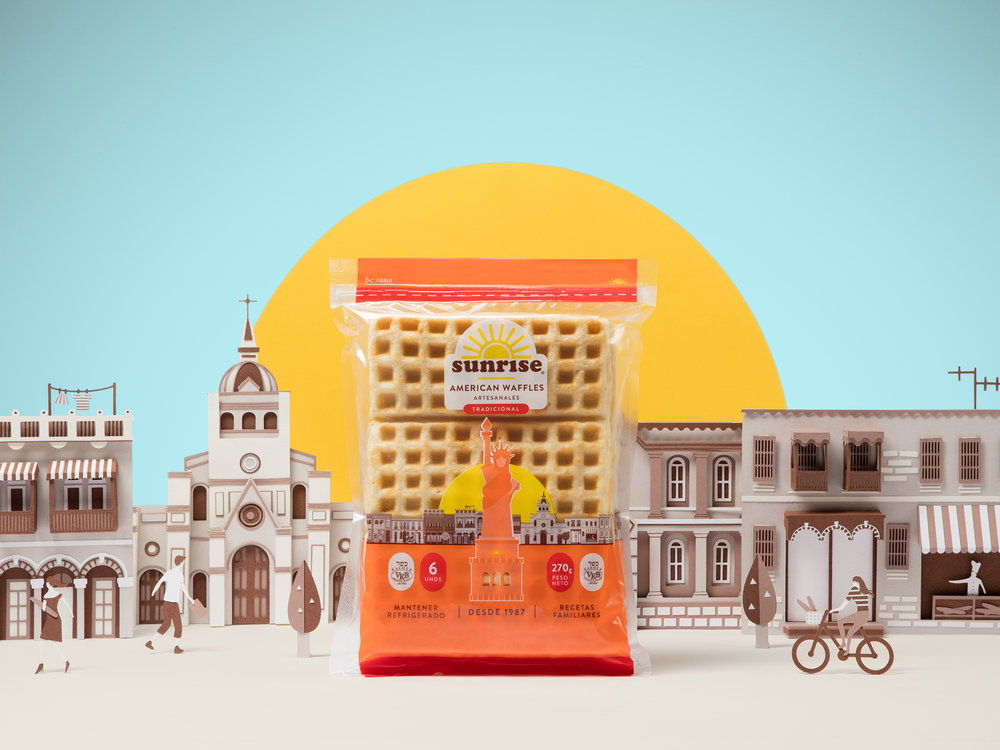 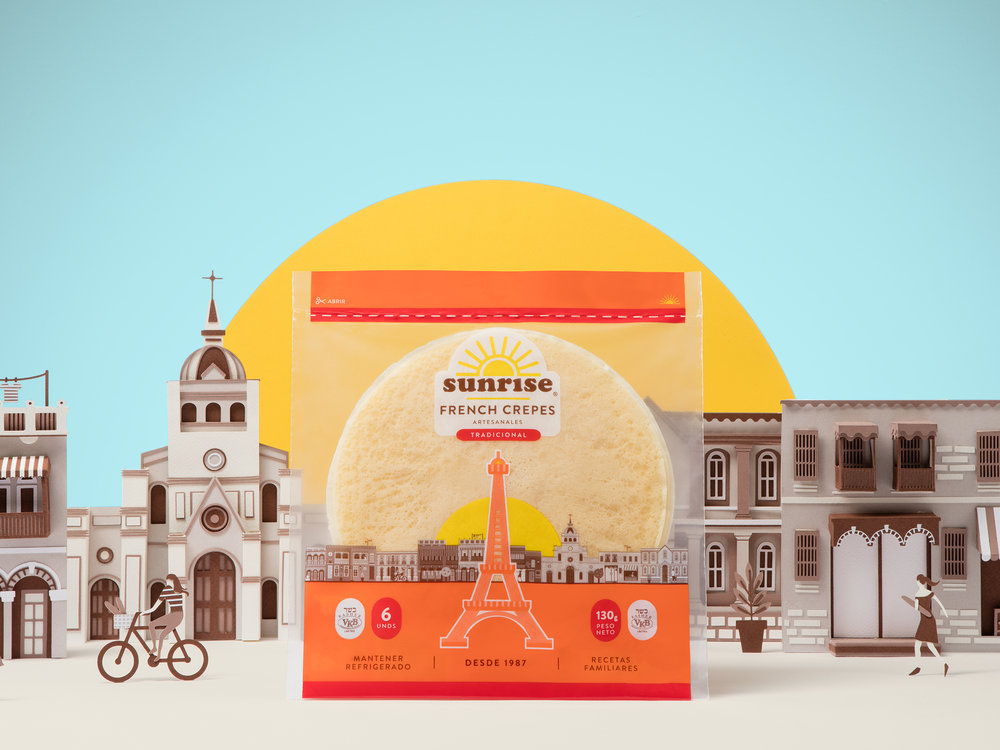 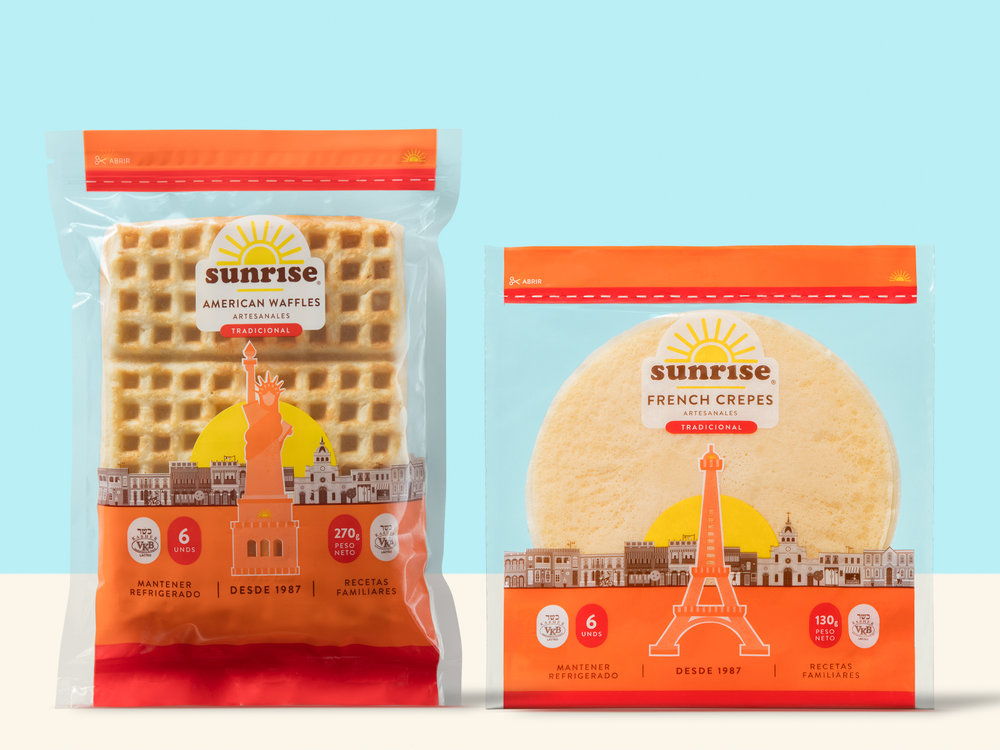 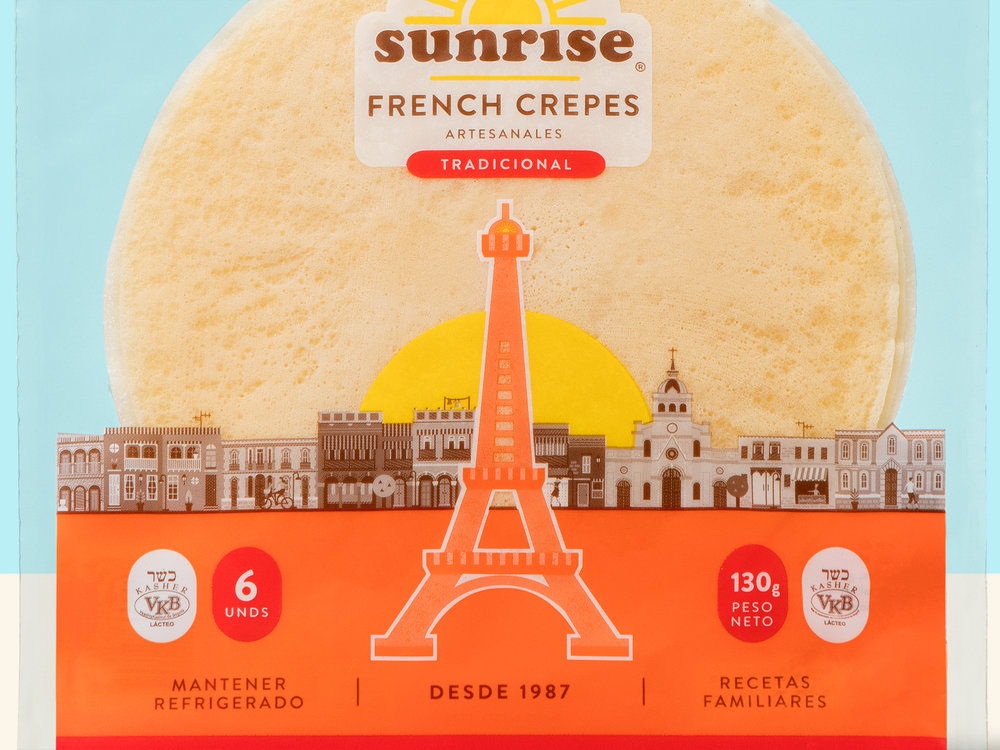 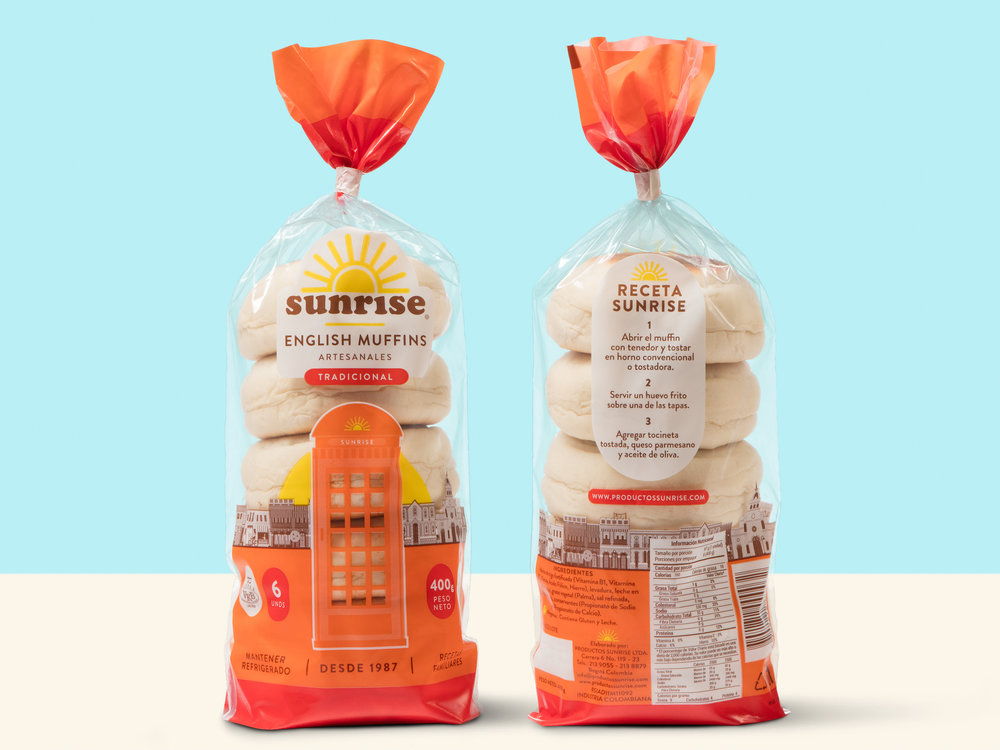