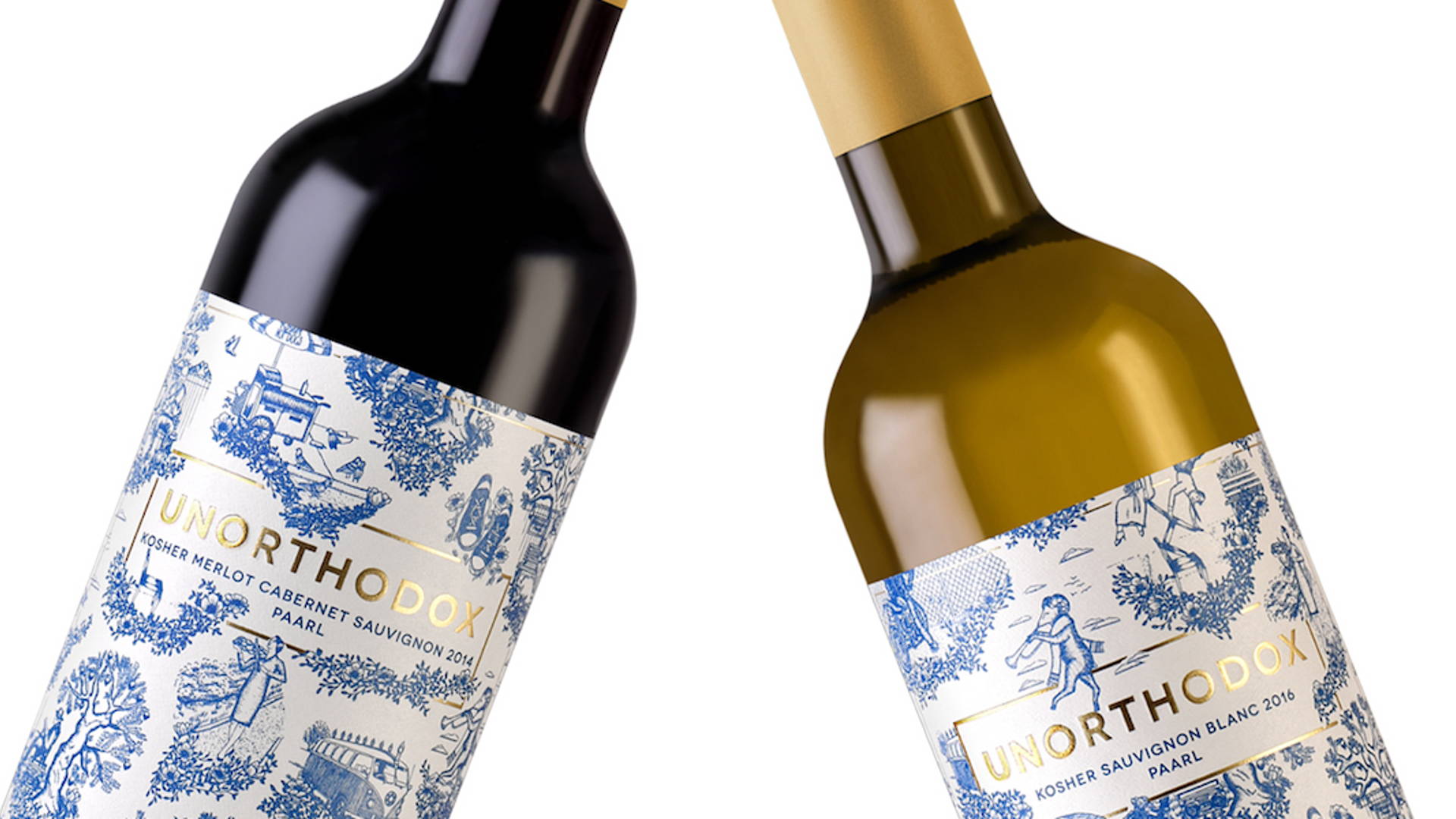 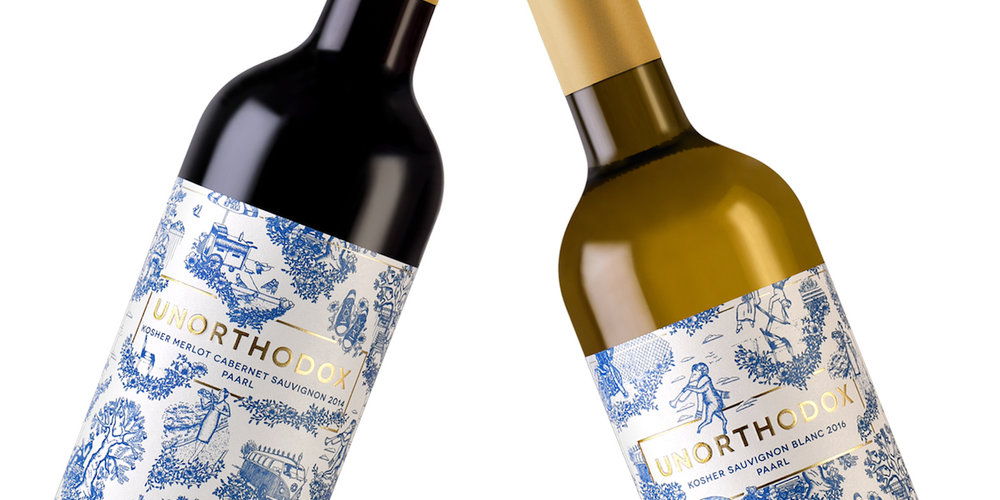 “This one is for the mavericks!” Unorthodox is a line of kosher wines that defy convention. Designed by Brandever, the wine features illustrations that give consumers a clear glimpse of Jewish life and transporting them to another time and place. 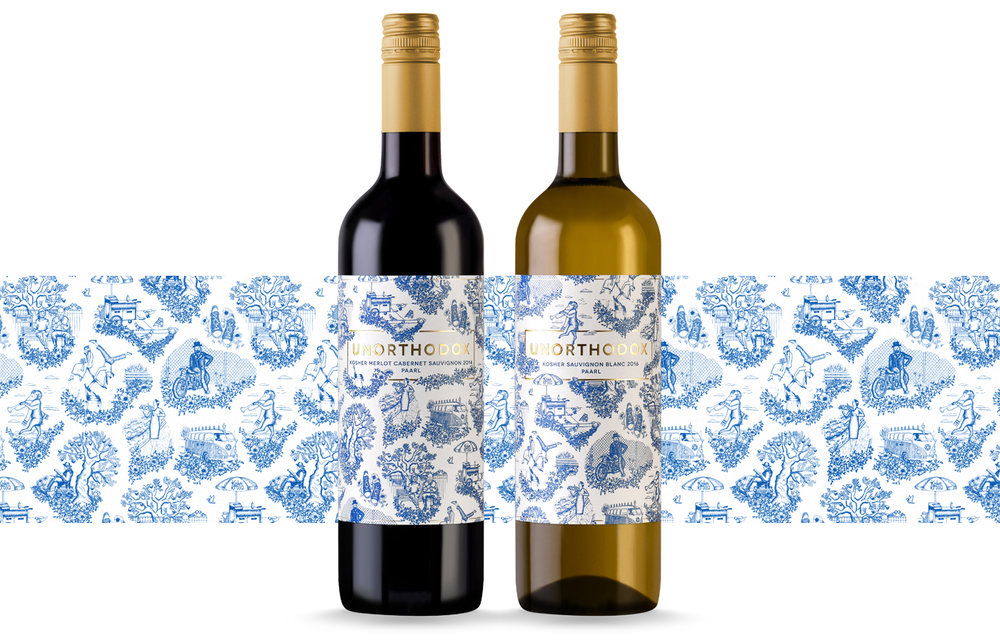 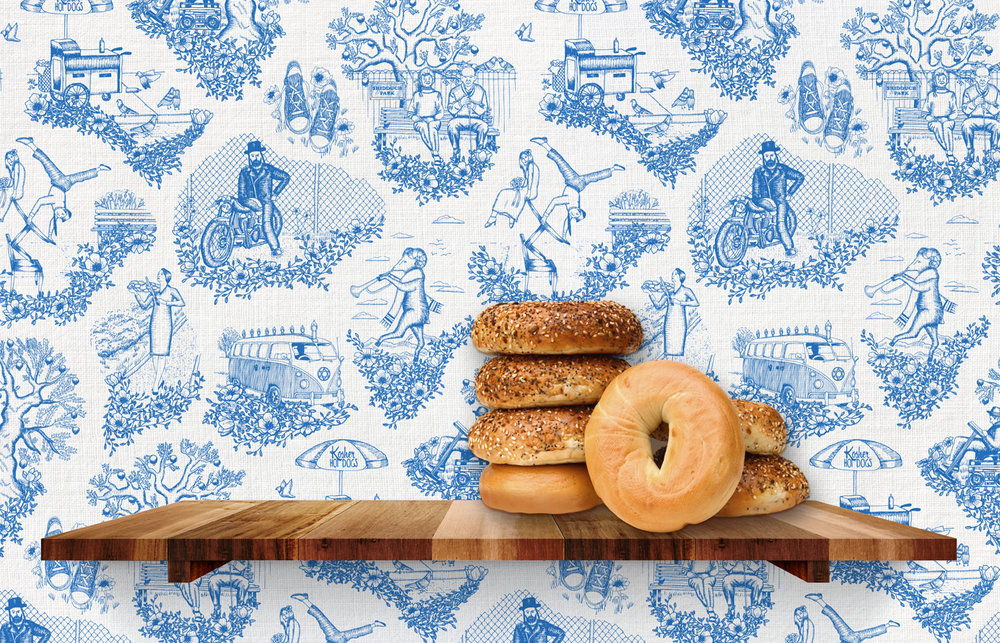 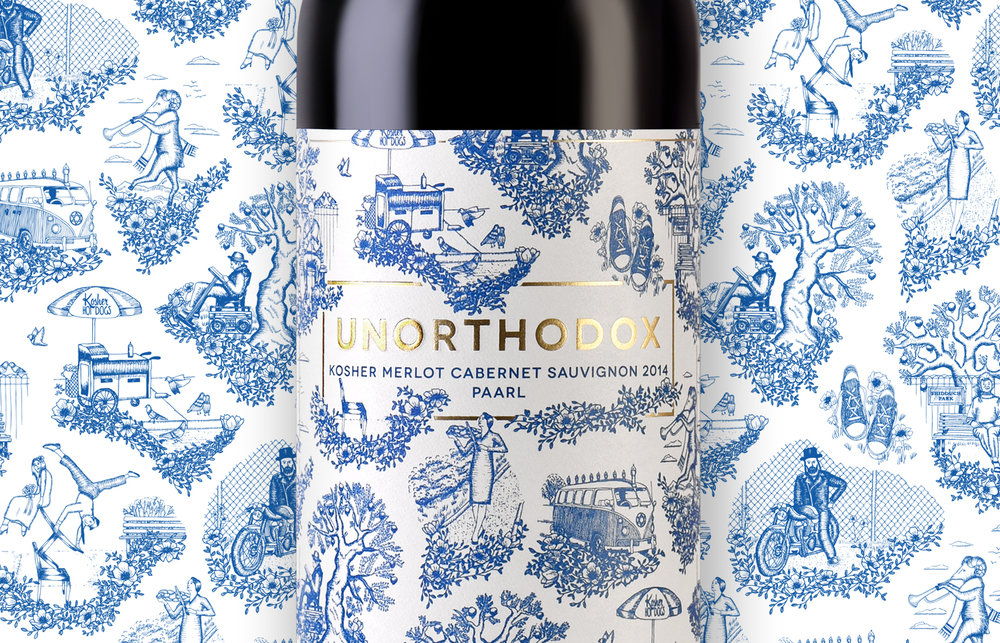 “When a South African Kosher wine producer called looking for a new presence, we knew there was something unconventional in the air. Brandever put on our thinking kippahs and brushed up on Judaism 101. The result in a kosher wine like you’ve never seen before. Brandever created a custom toile pattern composed of vignettes of an unexpected Jewish life, effectively turning more than a few traditions on its head.” 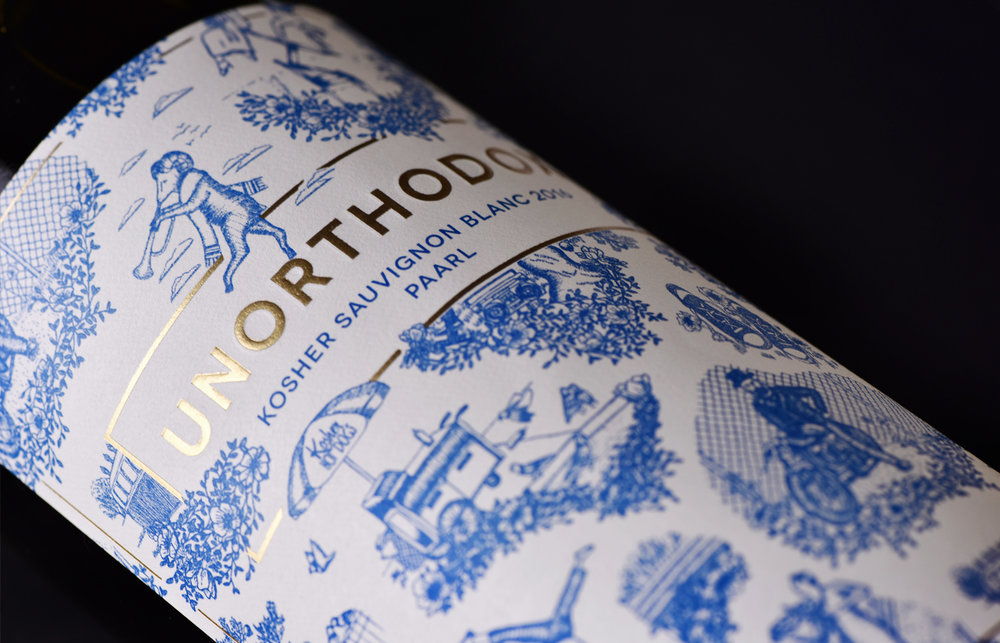 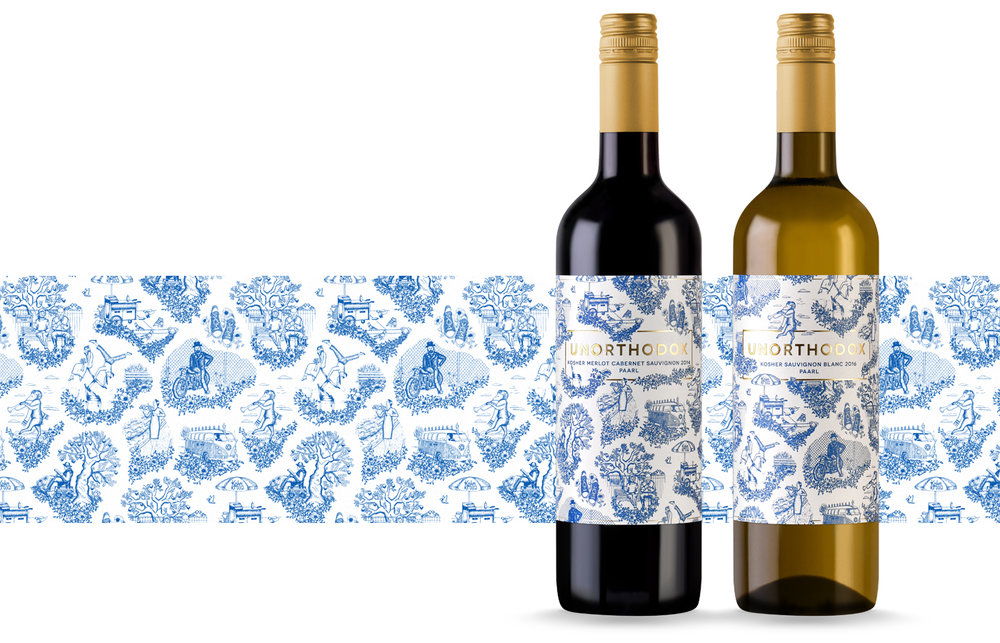 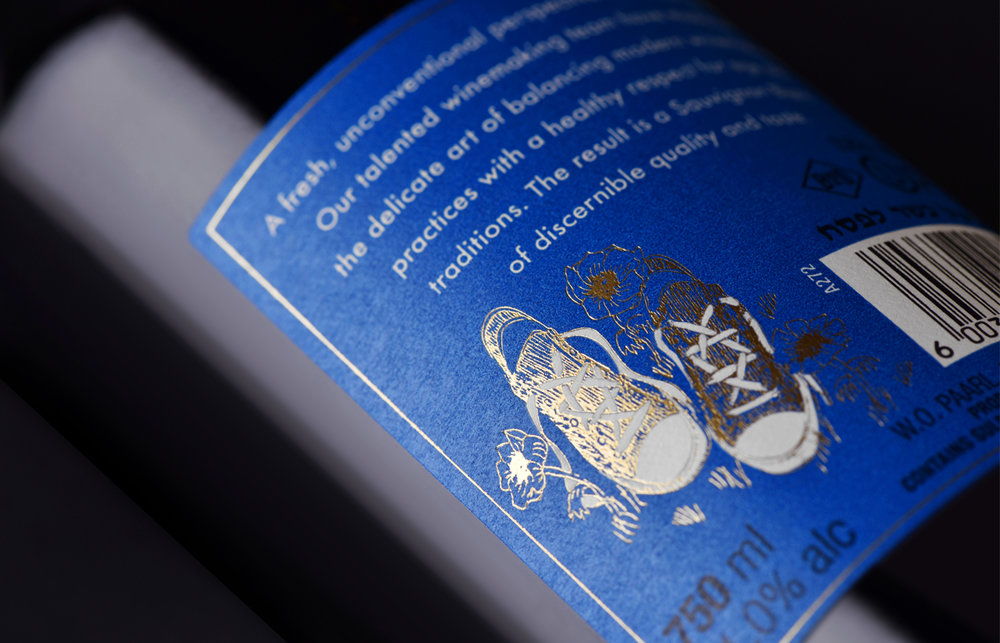 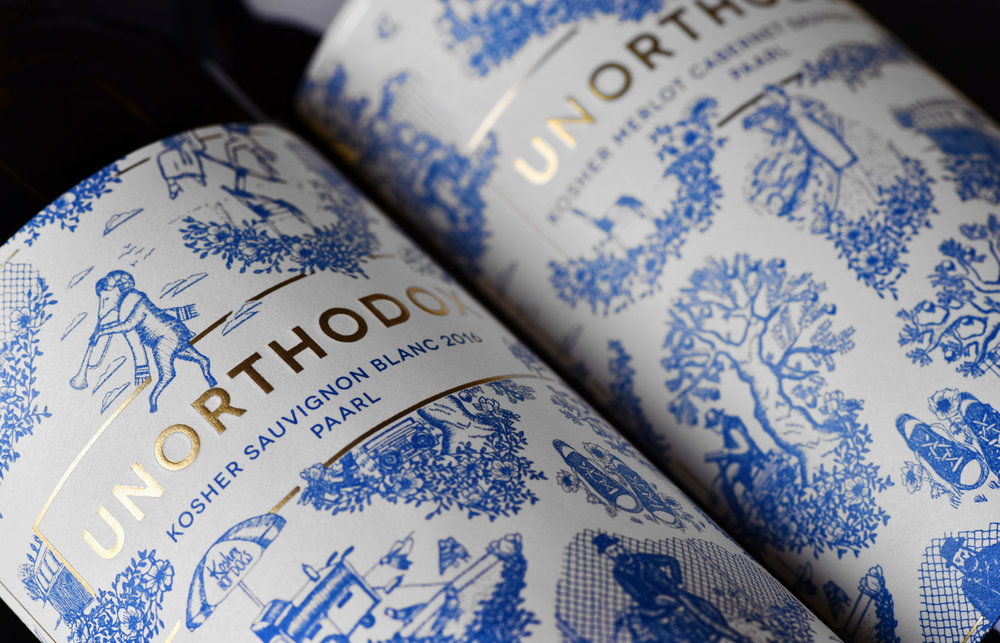 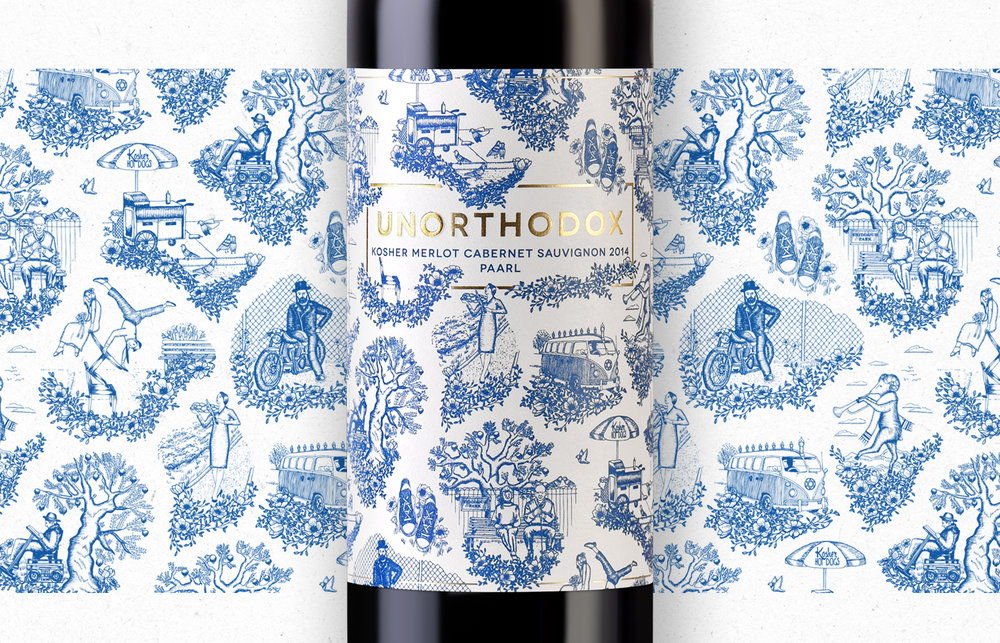 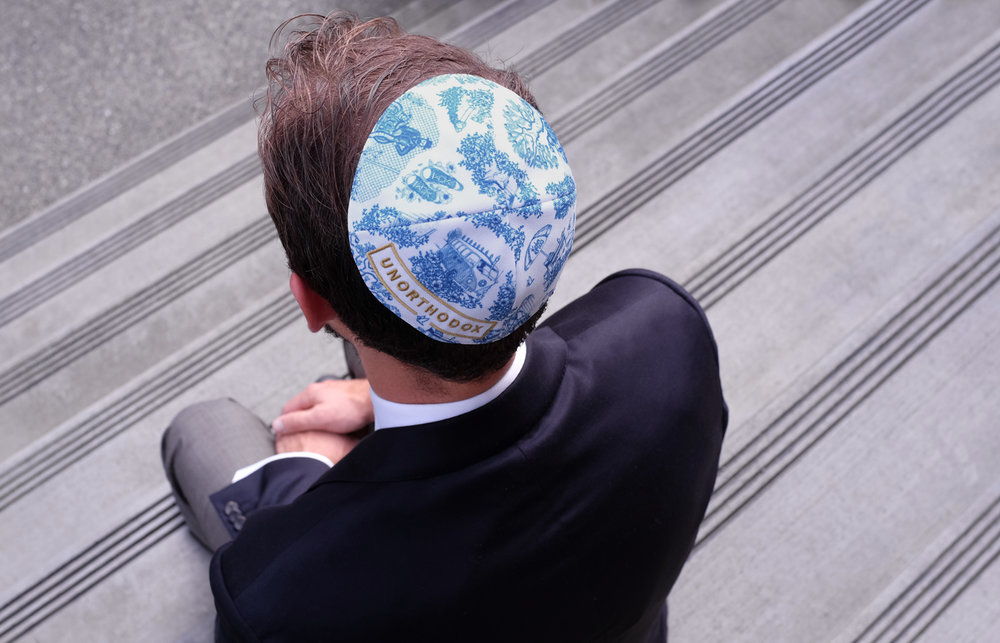 The background is made up of many different delicate illustrations, encouraging the consumer to take a closer look at Unorthodox. Gold foil adds an elegance and more premium feel to the wines, while the cobalt used in the images feels traditional and down-to-earth. Small details, such as the laces of the shoes on the back being tied into a Star of David, are subtle yet show the thoughtfulness that went into creating the packaging. 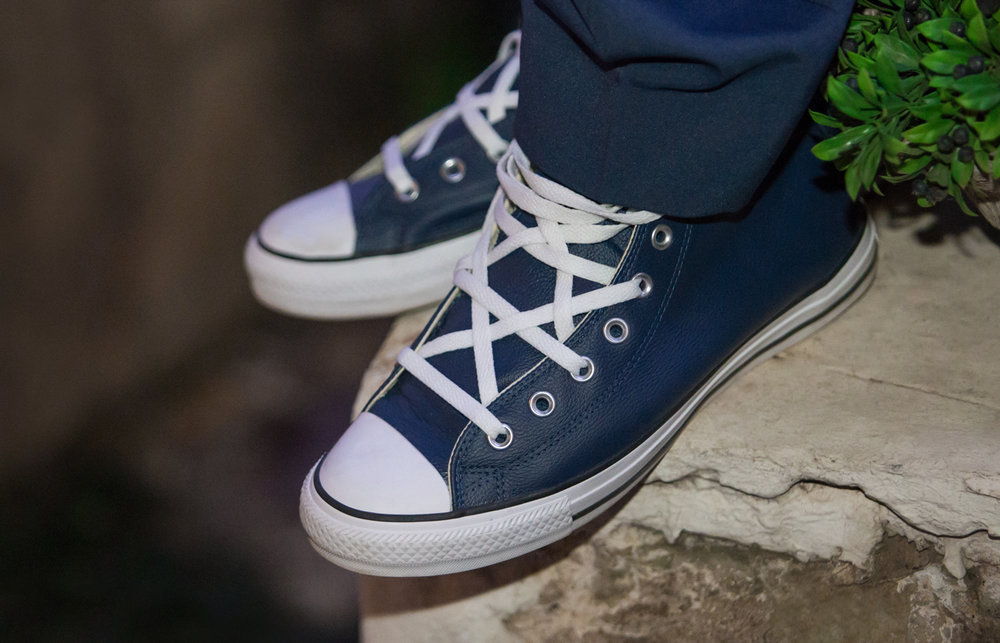