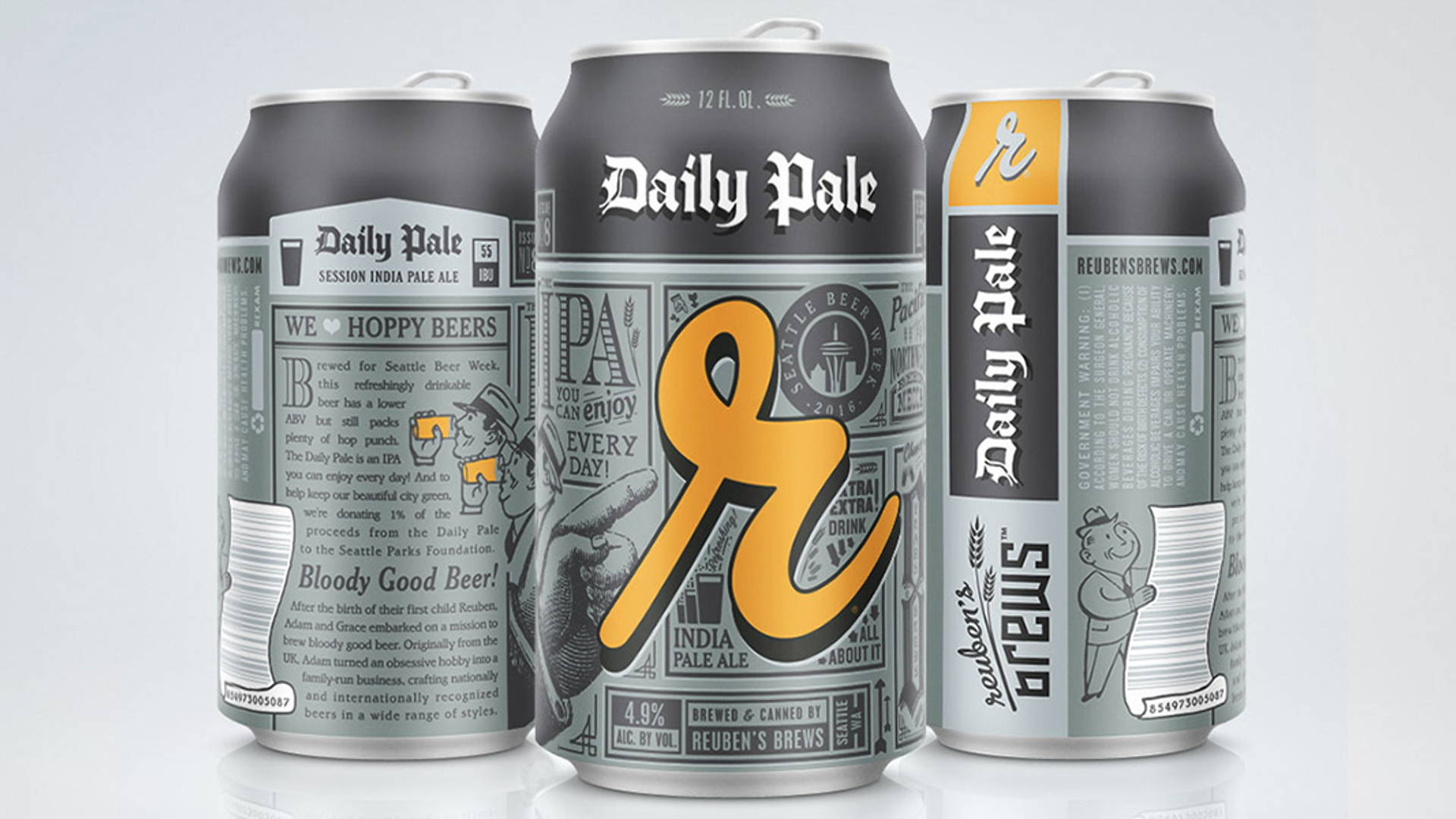 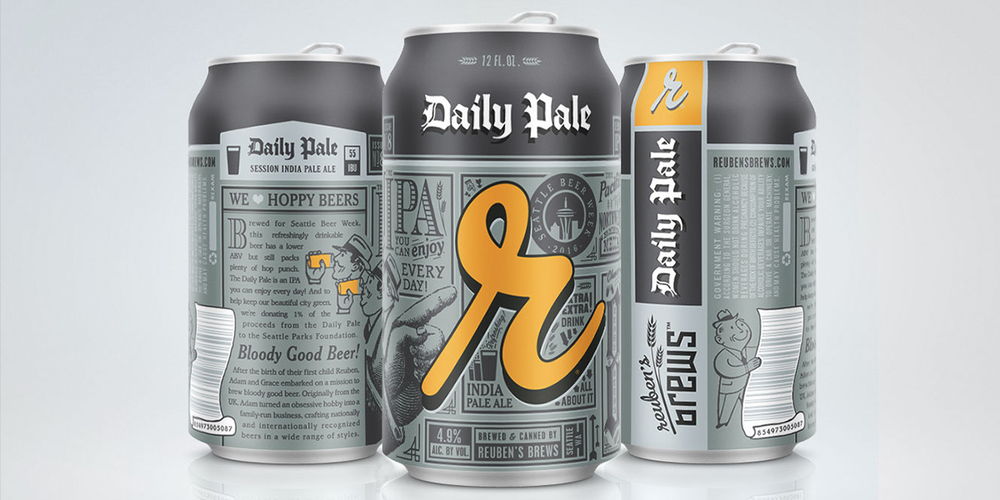 For those who enjoy a 12 oz can of beer with their newspaper, you got to check out Reuben's Daily Pale. Designed by Blindtiger Design, inspiration came from the idea that you can enjoy your newspaper every day as well as pop into your local tavern by in the day for some daily beer in metal open pails. The can features short news clips about the Ale as well as catchy taglines as stand-ins for advertisements. A lower case "r" is written in yellow adding depth of feel as the "Daily Pale" layout becomes the background to the overall design.

"Blindtiger has worked closely with Reuben's from humble beginnings to rolling out a system of 22oz labels, the opening of a new taproom and now 12oz cans! Reuben's has been selected to brew the official beer of the 2016 Seattle Beer Week. In honor of the city they love, the brewery created Daily Pale: a sessionable India Pale Ale." 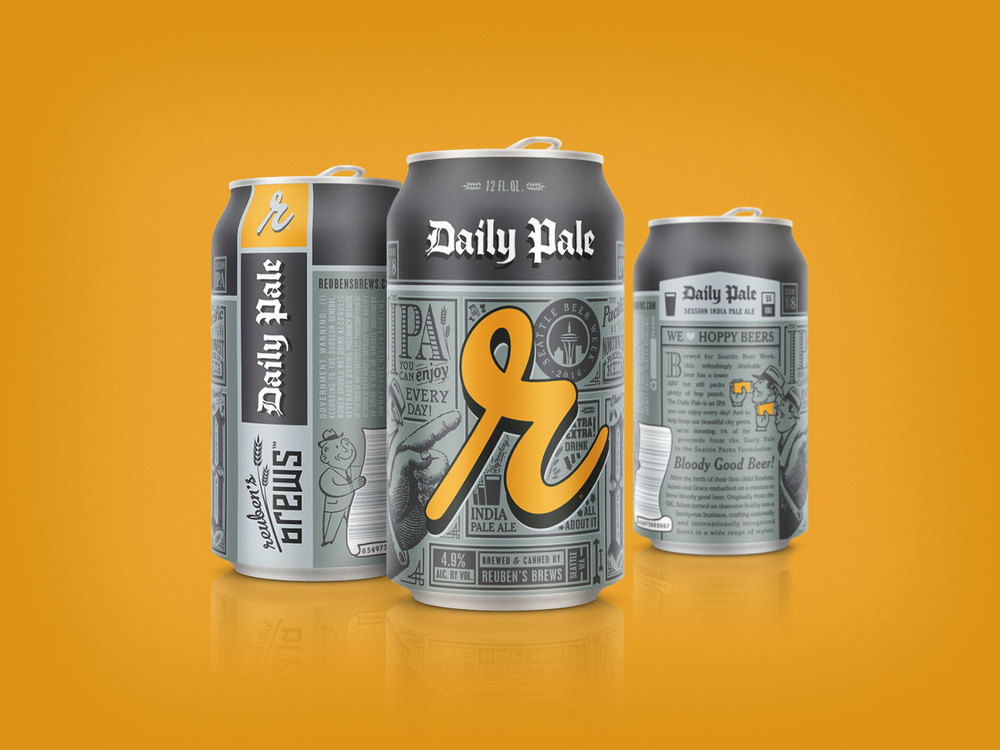 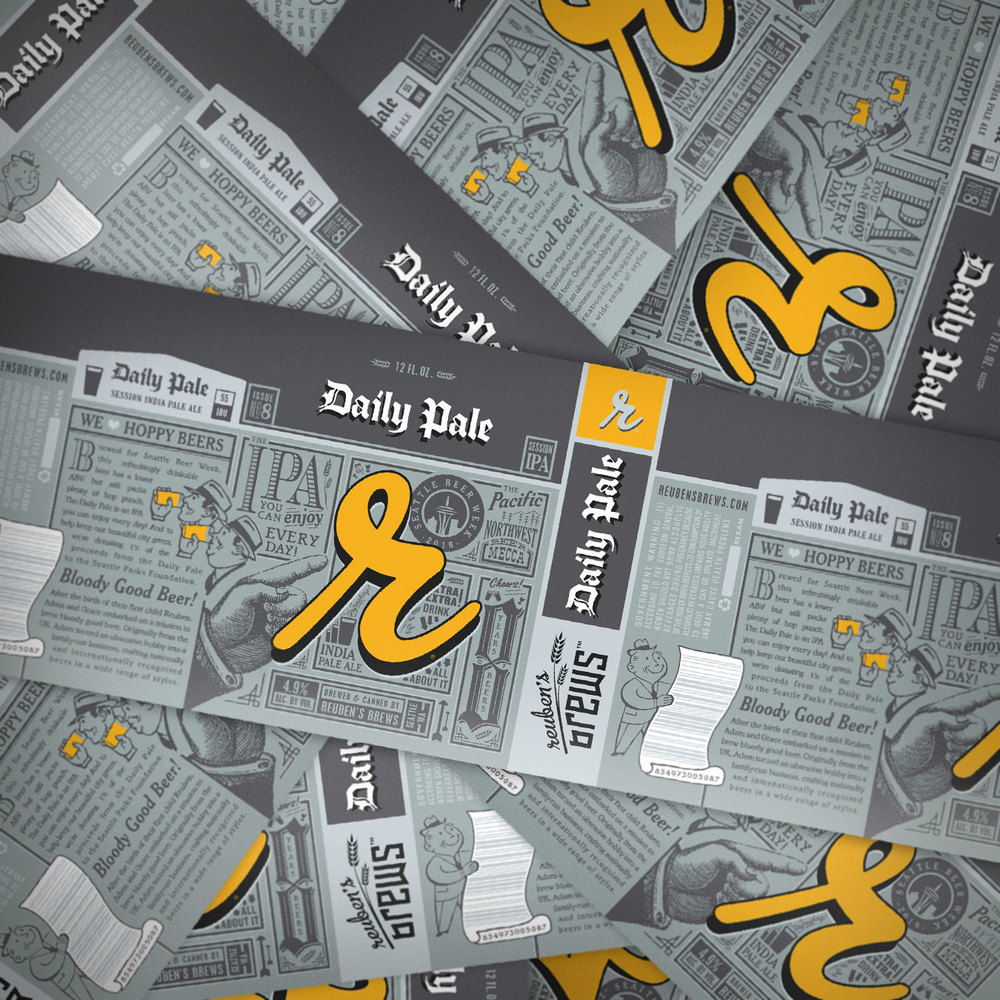