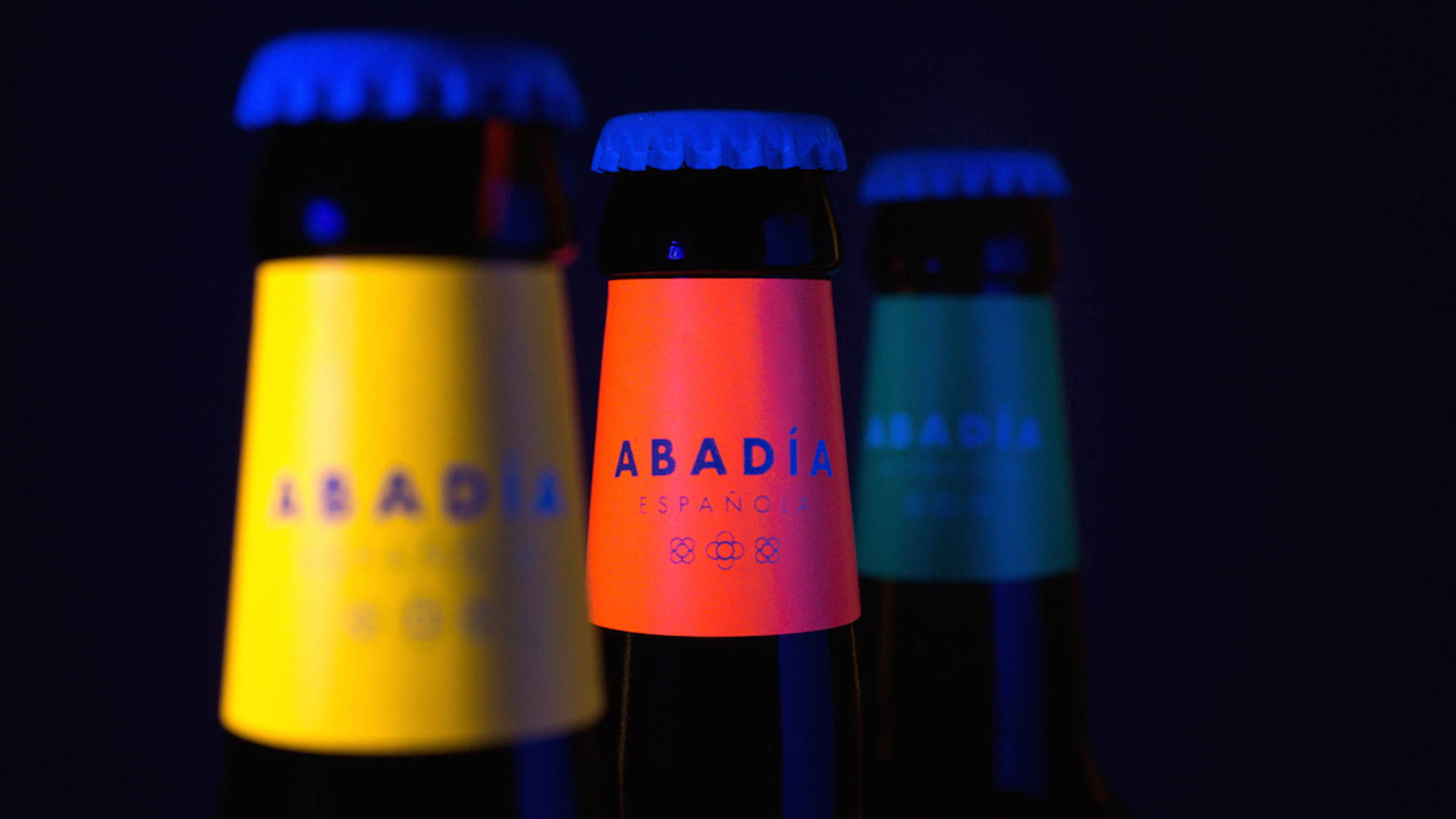 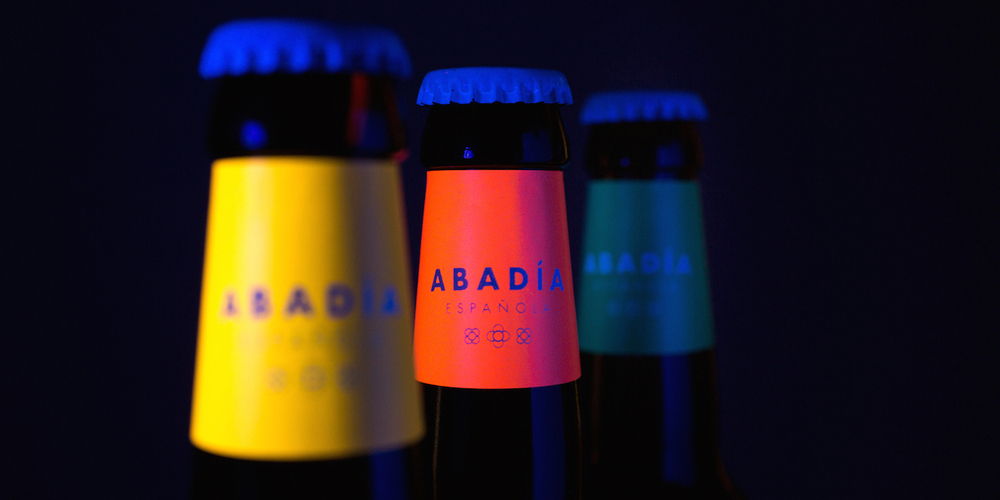 “It is often in times of darkness when light shines, hidden away, more brightly and vividly. One must only know where to find it.” Abbeys (Las Abadías) were a source of knowledge during dark times, and The Abbots dedicated themselves to brew with the utmost devotion. These brews from Abadía, designed by TSMGO (The Show Must Go On), serves as an appreciation to this work. 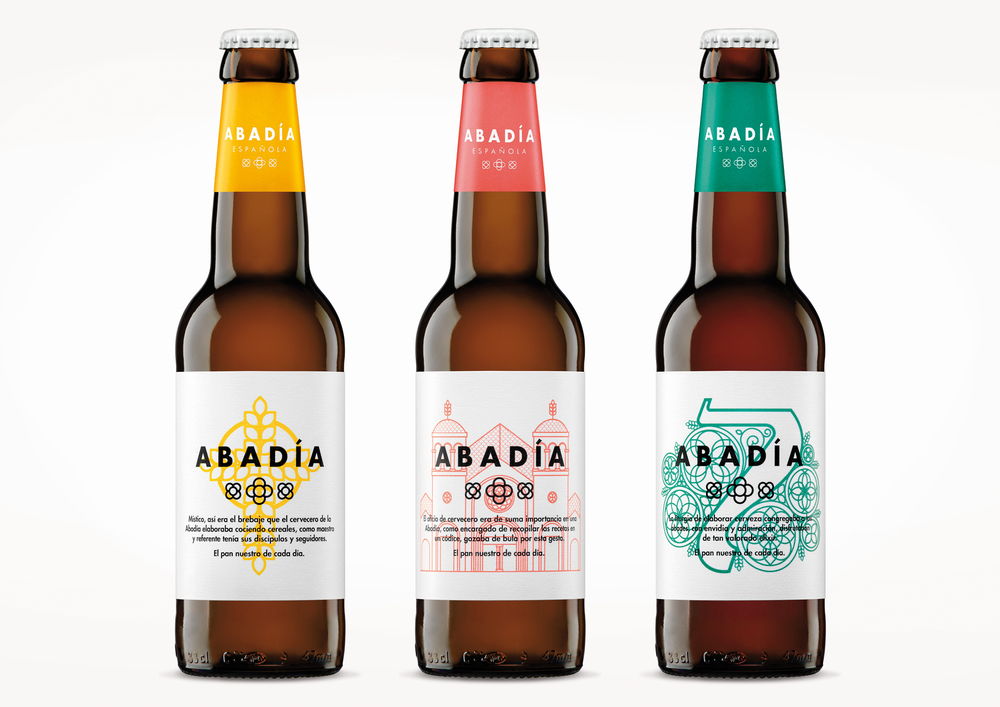 “In tribute to the Abbeys which illuminated dark times with devotion and knowledge, the aesthetic of our proposal drinks from the Romanesque architecture of these temples. The purity of their beauty, devoid of excessive ornament, inspires the harmony and careful balance of our design. The simplicity in the composition of elements, as well as their synthesis, predominates in the set. A fluorescent tone motif on white introduces the type of beer (Pilsner, Lager and Seven Malts) to the consumer.” 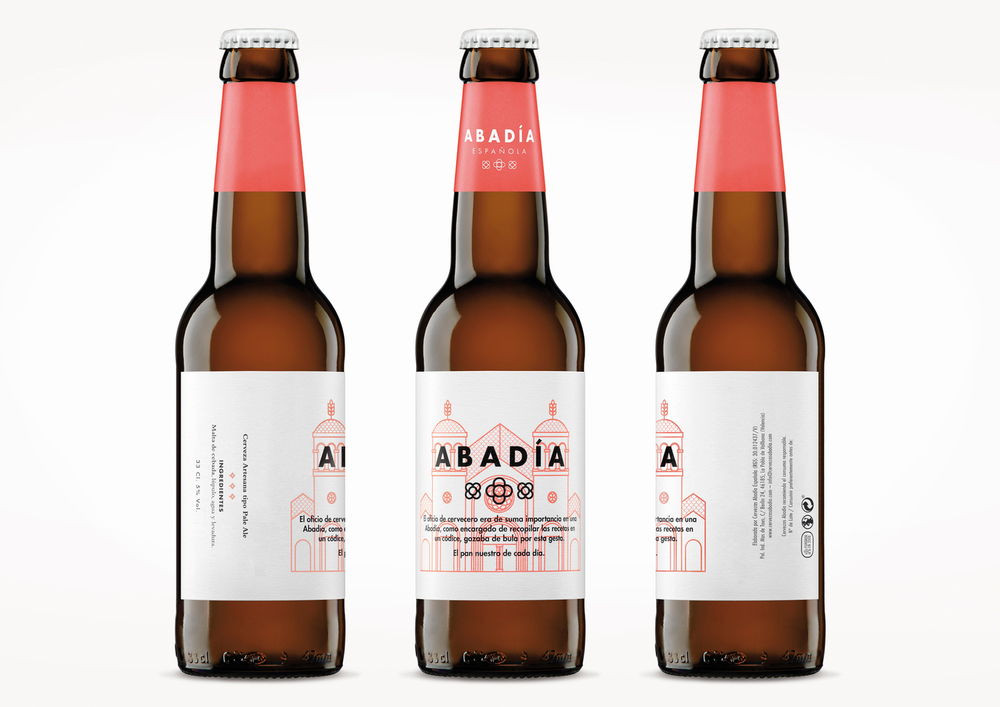 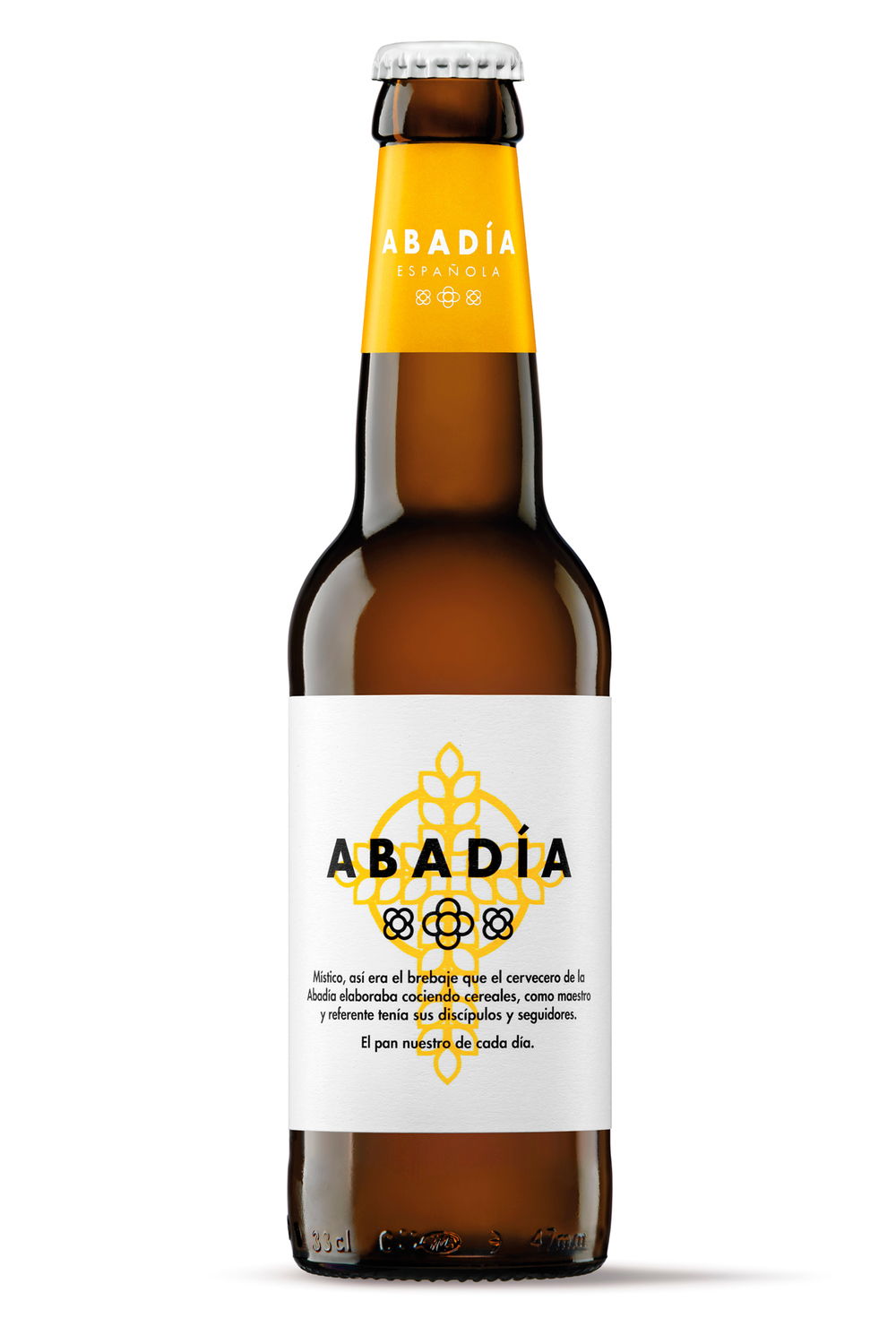 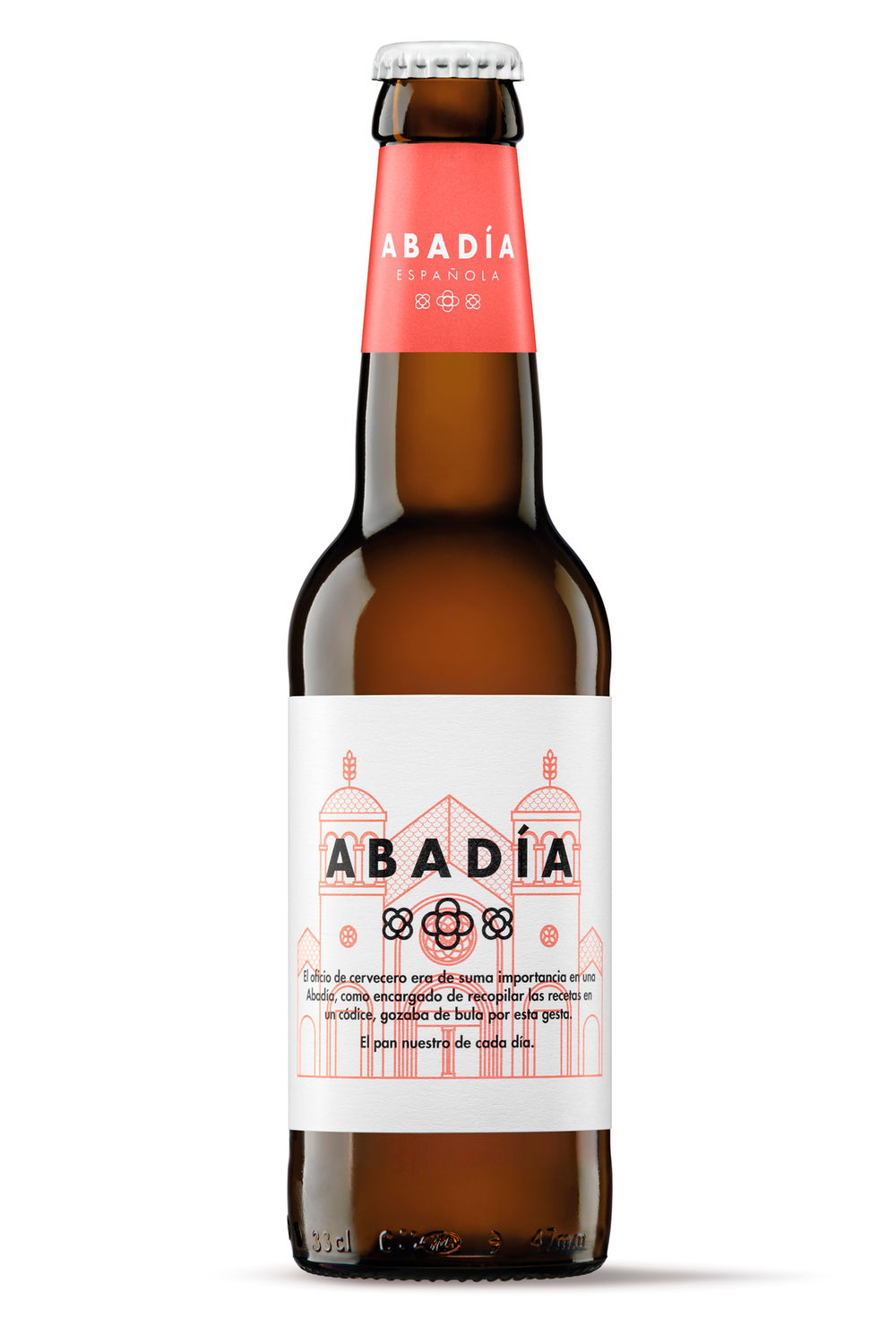 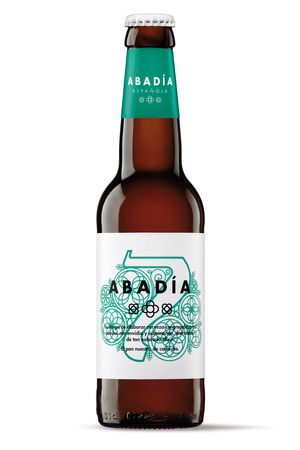 “Abadía Pilsner: A miniature Abbey doorway personalizes the classic version of the beers, reminiscent of characteristic representations of medieval illustrations which lacked three-dimensional perspective. Abadía Lager: The spiked cross, unmistakable symbol of the cult to artisan beer professed by Abbots. Abadía Seven Malts: The denominated precious illuminated manuscripts condensed geometric patterns in the codices of the Abbots. An icon of culture and wealth of medieval abbot scribes, the highly-adorned number seven is a perfect symbol to illustrate the seven malts which embody this beer.” 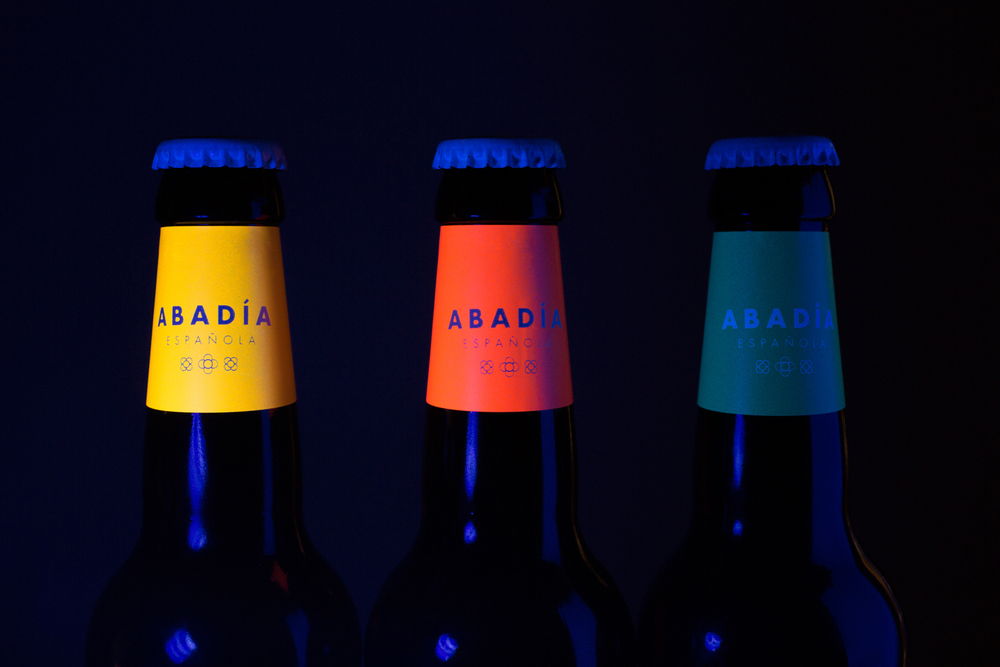 The line of beer from Abadía takes the idea of finding light in the darkness to give us two labels in one. At first glance, it seems like a typical craft beer label, but the background designs come to life in the dark.

“The palette of fluorescent colours chosen glow in the dark as a tender reference to the figure of light which Abbeys were during long centuries of darkness. Its phosphorescence is the perfect way to remain faithful to the origins of Abadía (Abbey), incorporating a provocative claim linked to the origin of the illustrations: Illustrate: illuminate, bring to light, divulge, etymologically: IN: intensity + shine: illuminate, purify and shine at the same time: light, shine.”

“Fluorescent colours on a white background (pure tone for excellence) which, in addition to balancing the design, enhances the contrast of the fluorescent hues chosen. (Coral orange, yellow, green). - A brief text about the life of the artisan Abbots is superimposed on the aforementioned illustrations as commemorative messages. - A synthesis of period rose window design configures a series of three geometries inspired by these common elements in religious architecture.” 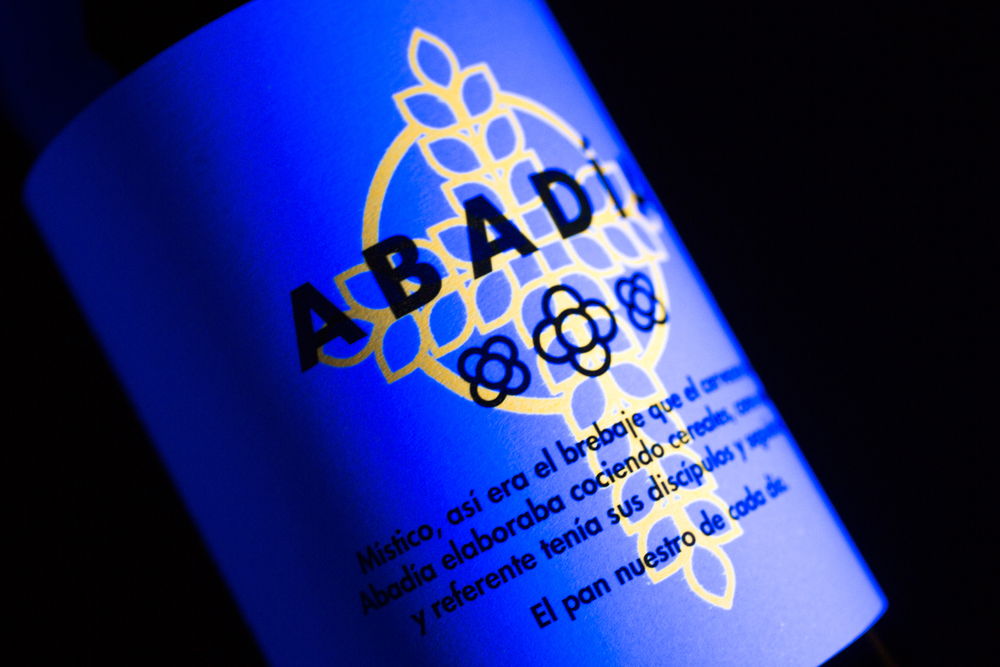 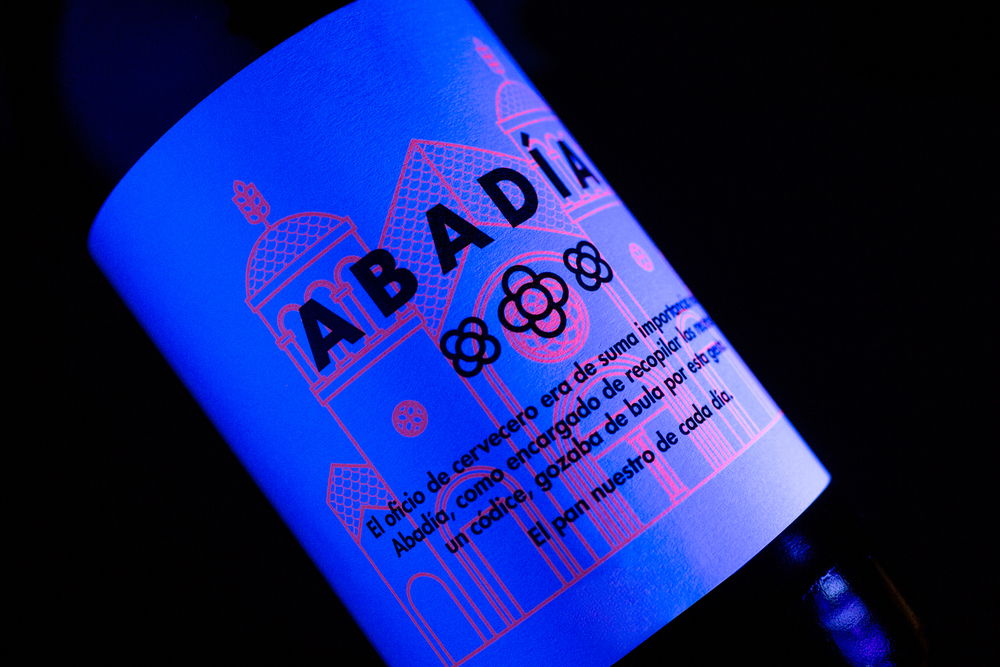 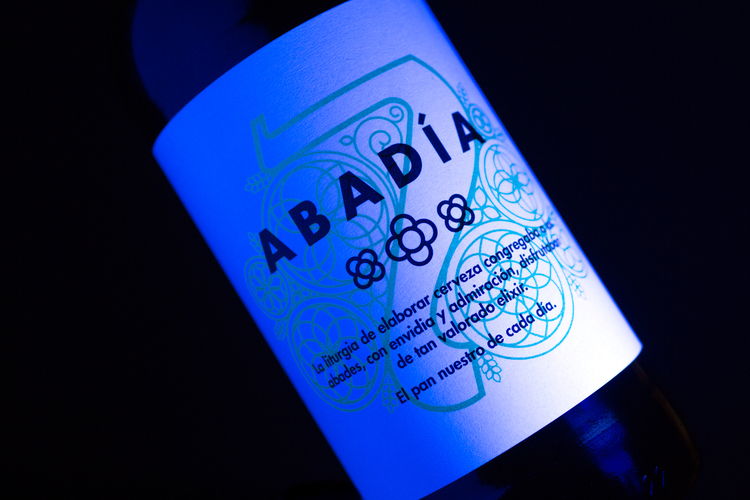 Designed by TSMGO (The Show Must Go On)

Before & After: Hubbards Simply Muesli