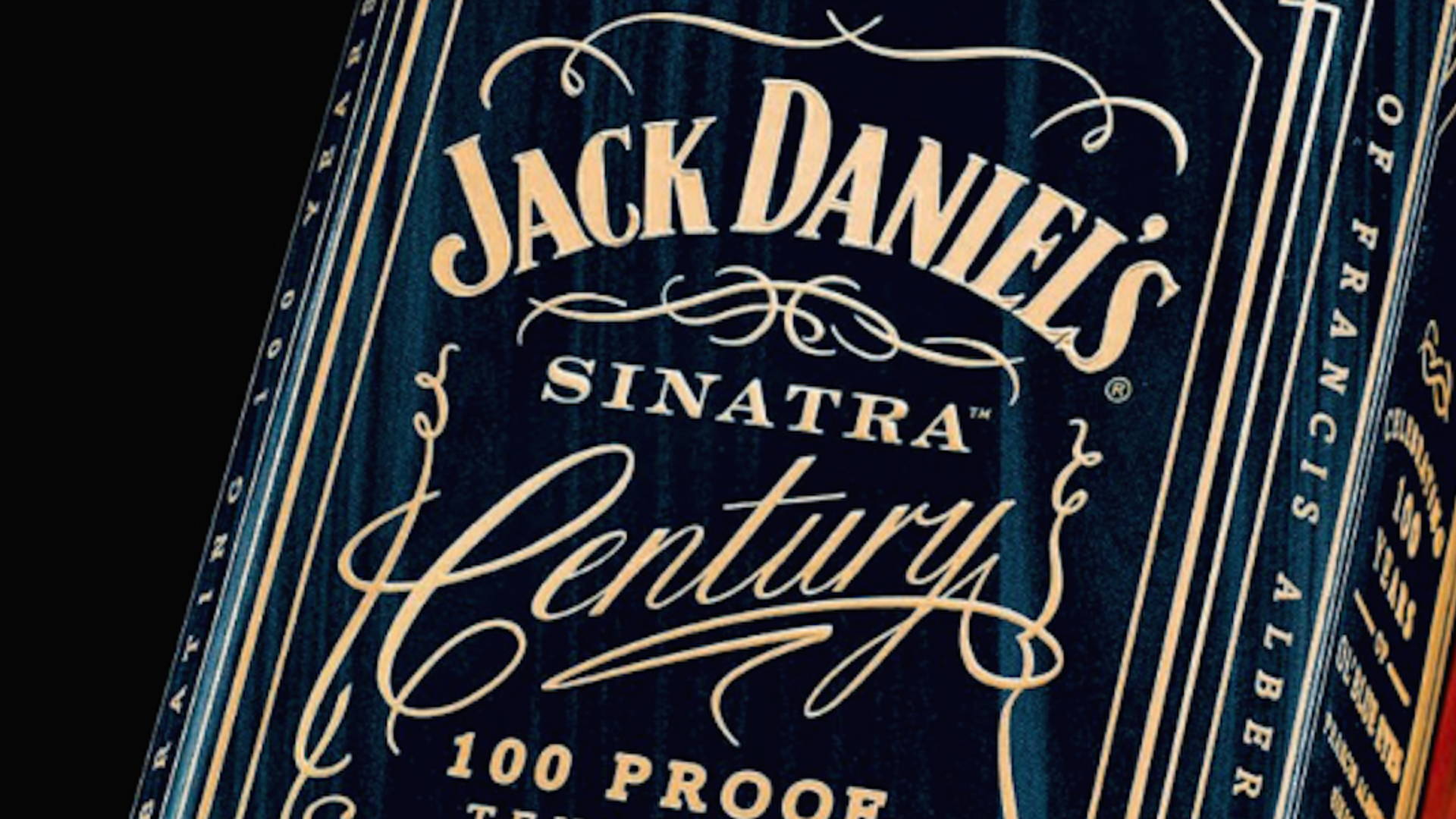 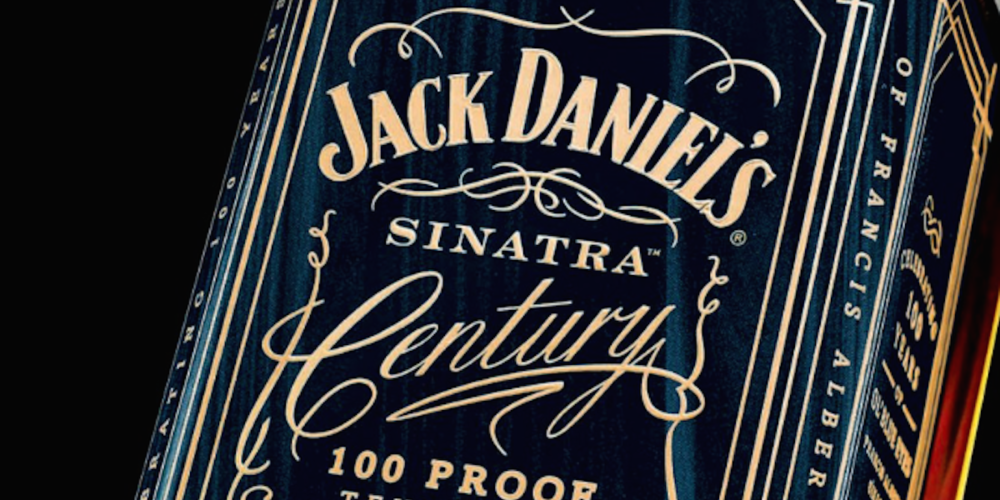 Even though it’s been over fifteen years since Frank Sinatra passed away, it’s nearly impossible to have never heard one of his songs before. Just consider “New York, New York,” “My Way,” and “Strangers in the Night,” three songs which barely start the list, and it’s easy to recognize that Sinatra is one of the most influential musicians of the 20th century. In honor of the 100th birthday of Ol’ Blue Eyes, Jack Daniels has released a limited edition whiskey that comes in a collector’s box, all designed by New York agency Stranger & Stranger.

“A once-in-a-lifetime whiskey. Sinatra Century Honors the 100th birthday of Frank Sinatra. Bottled from only 100 barrels hand-selected for their character, it is a toast to an icon and a life well lived. We are pleased to introduce Jack Daniel’s Sinatra Century, one of the most limited Tennessee whiskies we have ever released. Aged in distinctively crafted barrels, our 100-proof whiskey is delicately balanced for smoothness. The interior grooves of the barrel coax the whiskey to greater depths of white oak and give the whiskey a complexity of flavors - imparting Sinatra Century with a robust and refined taste.” 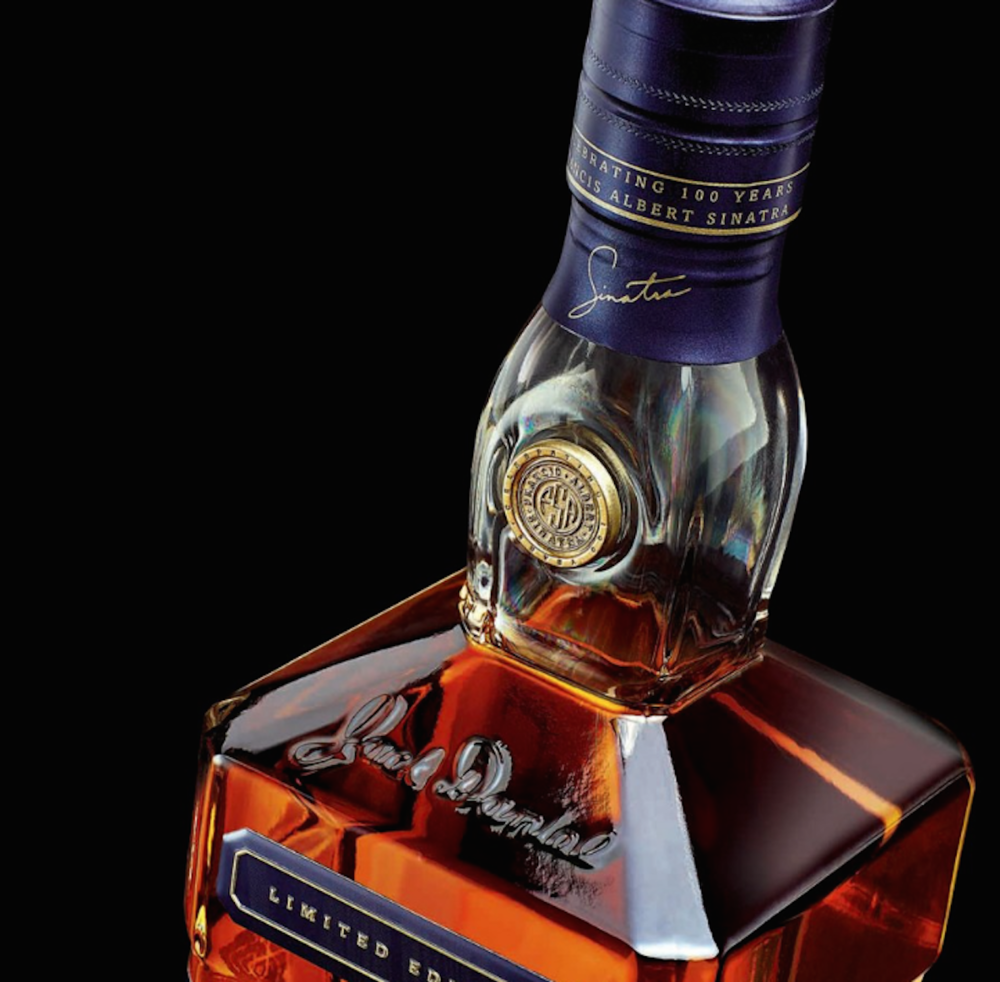 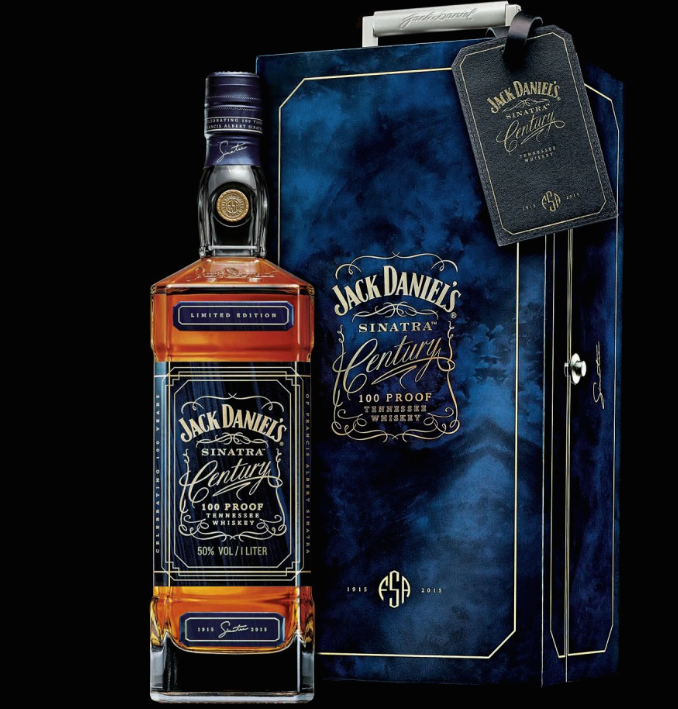 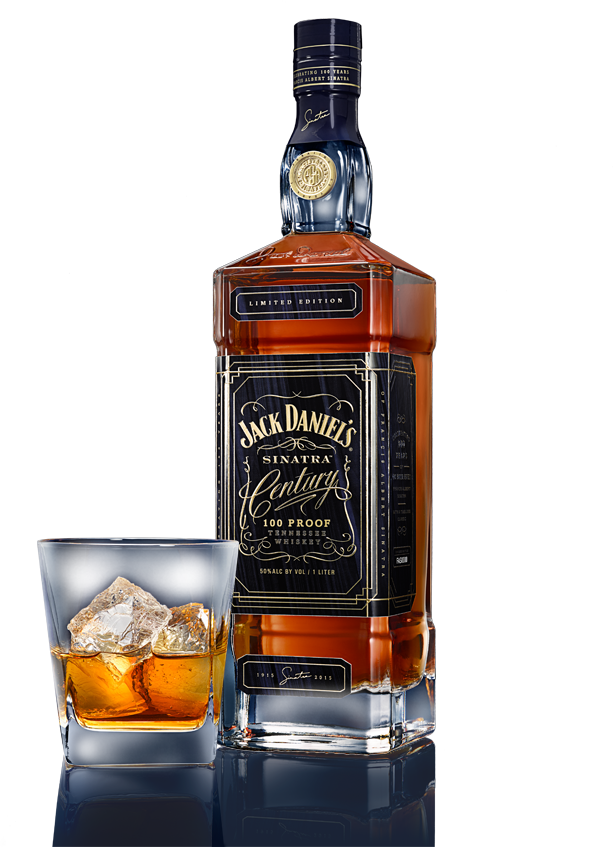 “Encased in a unique collector’s box, every bottle of Sinatra Century is accompanied by a previously unreleased soundtrack as special as the whiskey itself. Honoring the man and his legendary life, Sinatra Century is available in limited release on the occasion of his 100th birthday.”

Sinatra Century is luxurious and classy yet totally understated in its beauty. The rich midnight blue radiates against the amber of the whiskey, and the collector’s case adds to the exclusivity of the product. The Jack Daniel’s name rests at the top of the label, and “Sinatra Century” appears below it, in two different fonts – a serif font and an elegant cursive one. At $500 a bottle, Sinatra Century is certainly a collector’s item that will delight any Sinatra fan. 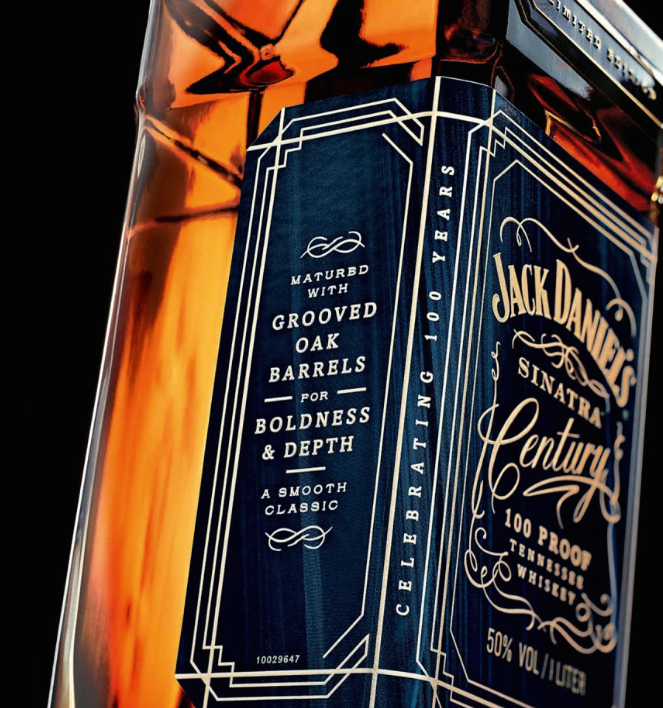 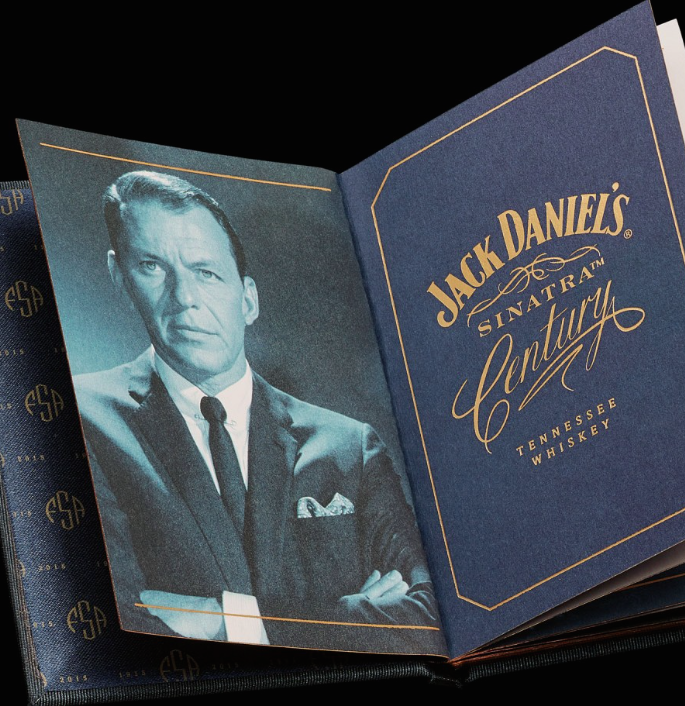