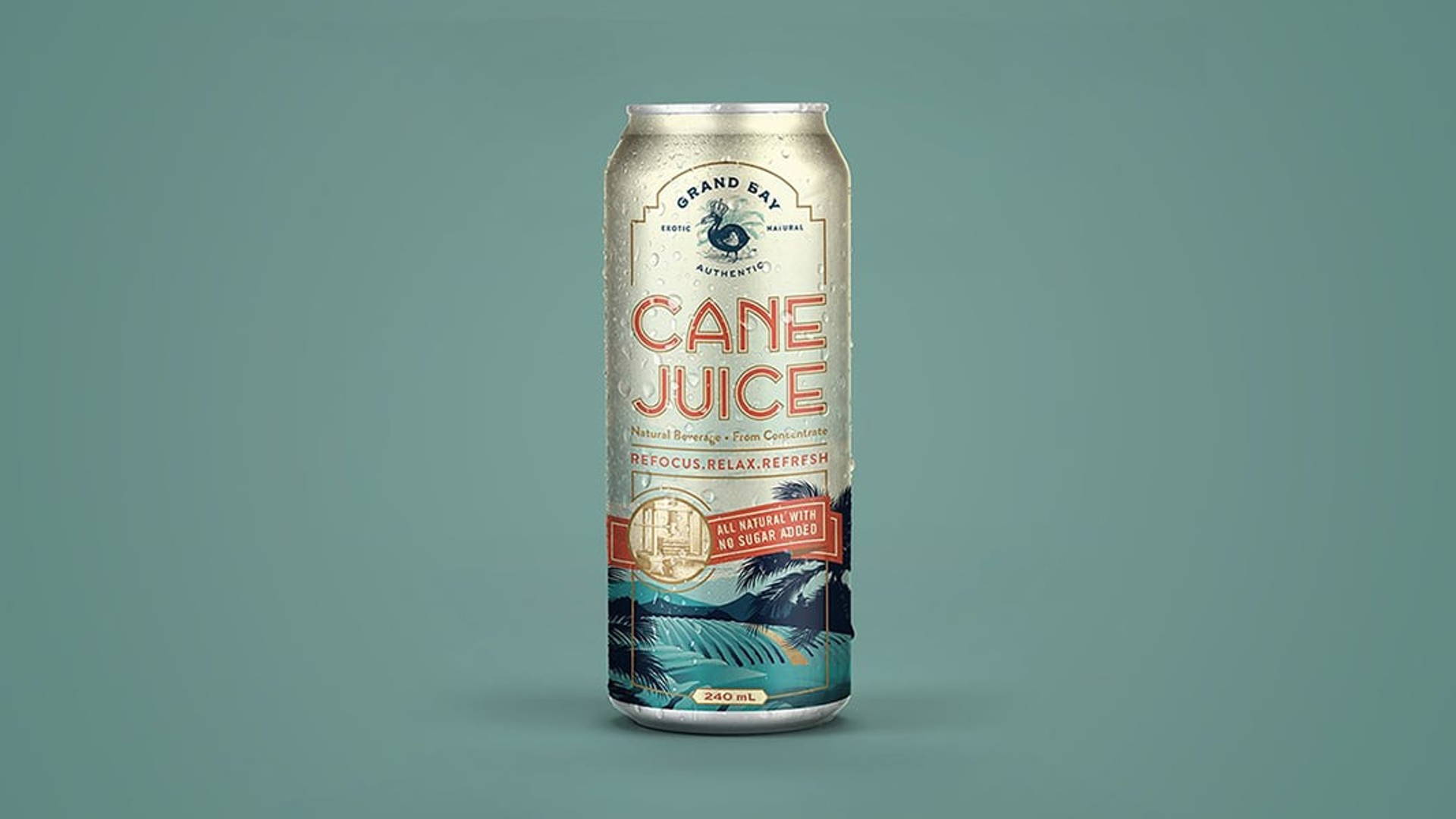 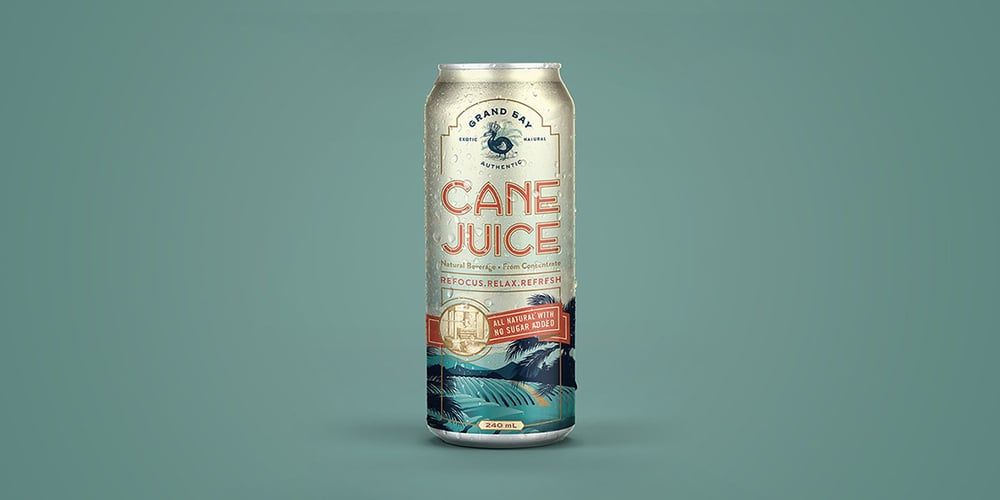 After gaining much popularity in the tropics, Grand Bay's cane juice found it's way to America with packaging that screams vacation. Designed by Farm Design, the widely consumed beverage is preserved in a tall tin can adorned with the dreamy coastal beaches of Mauritius. An island nation located in the Indian Ocean about 1,200 miles off the southeast coast of Africa, Mauritius became an important base on the trade routes from Europe to the East before the opening of the Suez Canal. Involved in a long power struggle between the French and the British, the island's popular inhabitant was the now-extinct Dodo bird. In honor of this flightless fowl, an illustration pays homage on the side of the carrier case. 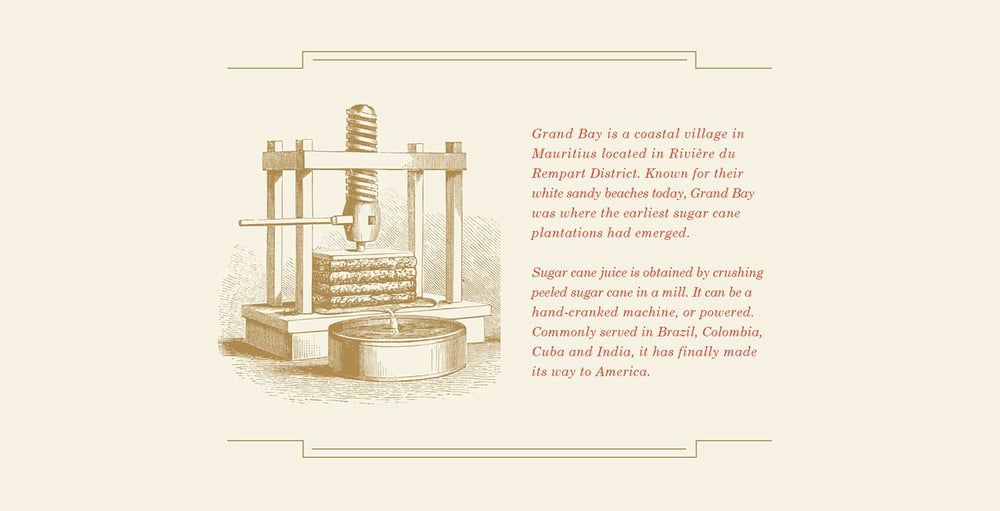 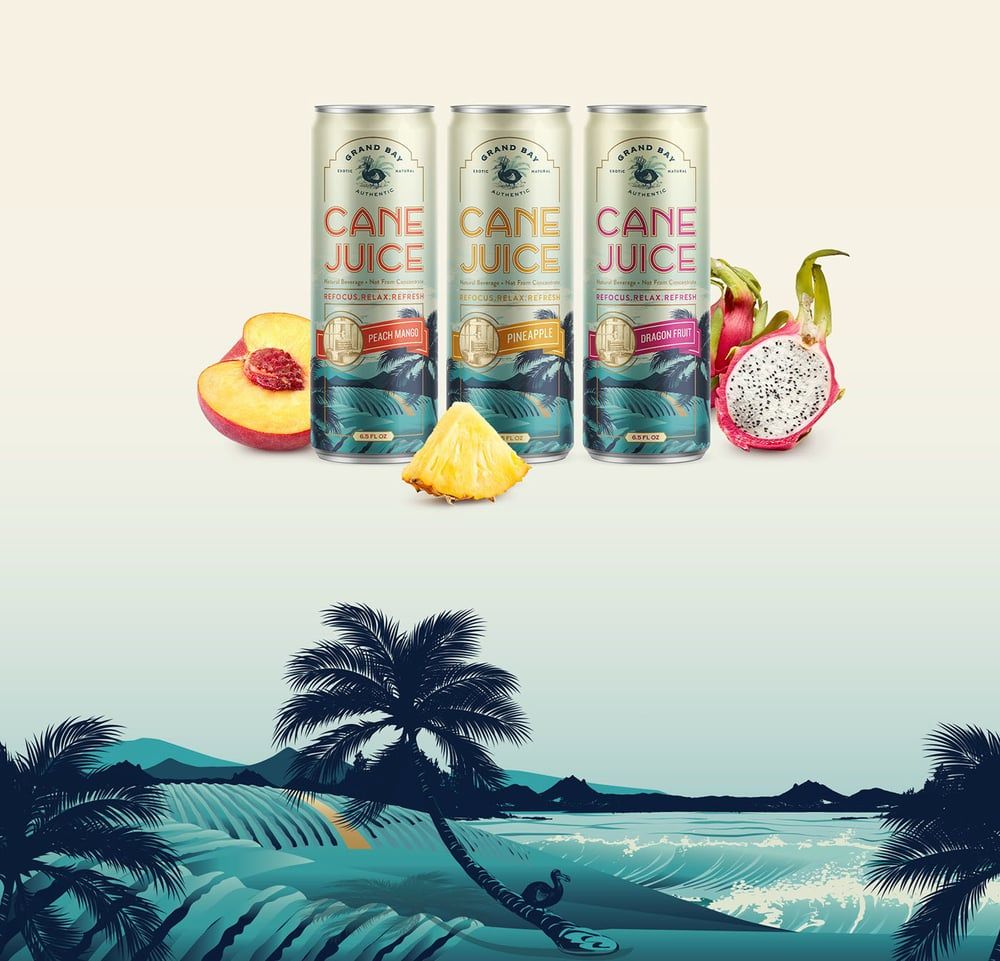 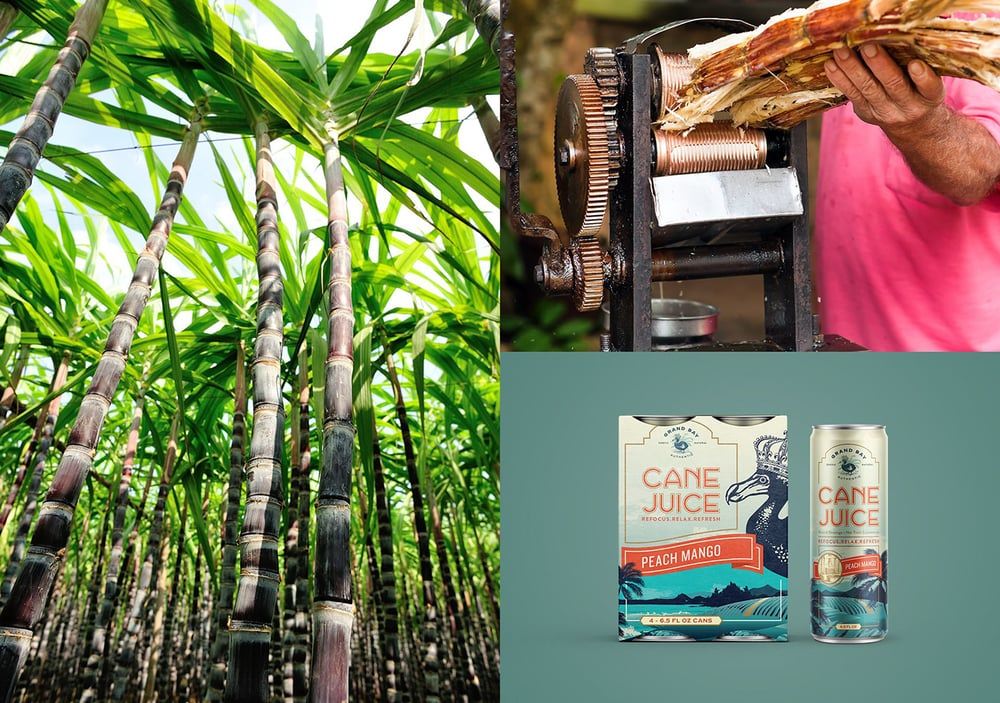