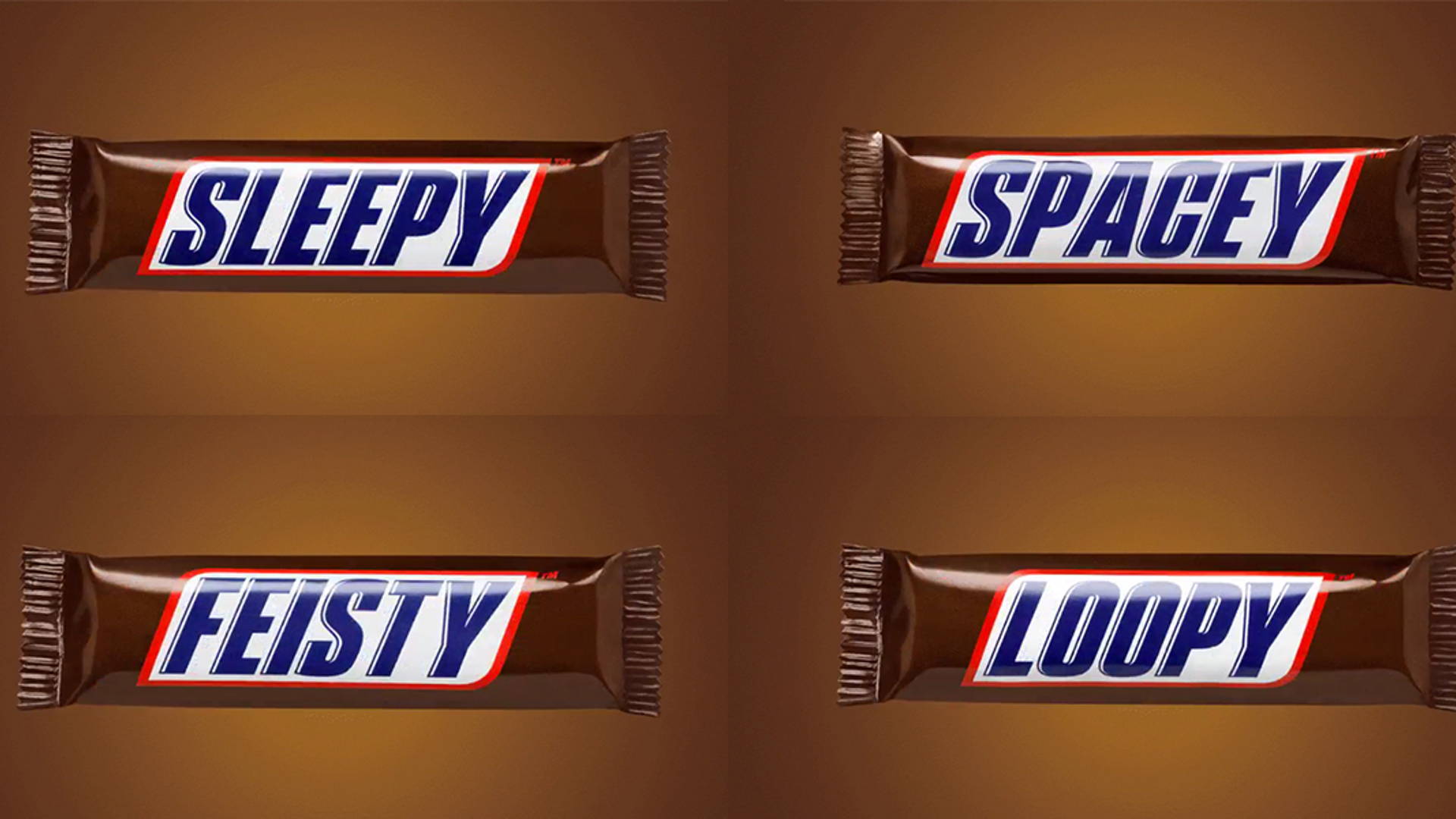 Snickers finds inspiration from Coke for its New Packaging 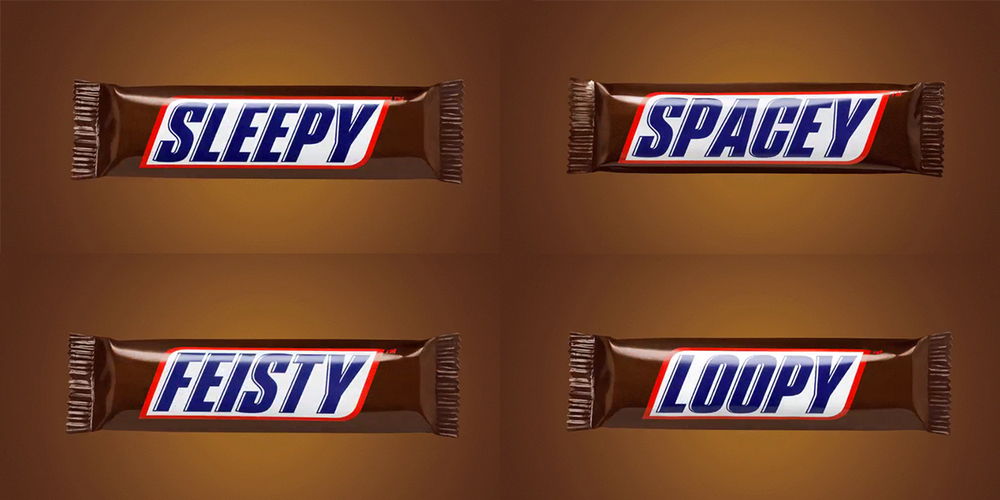 Personalized packaging has become all the rage these days and Snickers has very quickly jumped on that bandwagon. With the brand's name replaced by 21 hunger symptoms, the inspiration was heavily influenced by Coke's recent "name-on-bottles" campaign. Keeping with Mars brand's "You're not you when you're hungry" identity, Snickers wants consumers to share the new "Hunger Bars" with friends and family that have been particularly "Hangry".

There are a striking 21 bars to choose from including: Cranky, Grouchy, Confused, Irritable, Impatient, Complainer, Whiny, Curmudgeon, Ornery, Testy and Snippy among other more mild descriptors such as Rebellious, Feisty, Sleepy, Loopy, Goofball, Forgetful, Drama Mama, Dramatic, Princess, and Spacey.

As part of the campaign, a humorous ad was released of a jocular hotline operator receiving distressed calls from people who desperately need a "Hunger Bar" for their friend. After the diagnosing session was complete and a bar was chosen and the operator dispatched a bike messenger to deliver the insulting candy to those in need.

"A percentage of bars will remain in the original packaging. Print advertising for the campaign launches later this month. "We believe the new bars will inspire people to not only quickly identify their own symptoms and satisfy their hunger, but give them a new, fun way to call-out friends and family on who they become when they're hungry, too," says Snickers brand director Allison Miazga-Bedrick.

This isn't the first time Snickers tweaked its logo. In 2006, billboards, buses and bus stop benches were dominated by the infamous logo replaced with hunger-related words Hungerectomy, Satisfectellent and "Nougatocity.

What do you think about the new campaign? Share your thoughts with us in the comments down below.