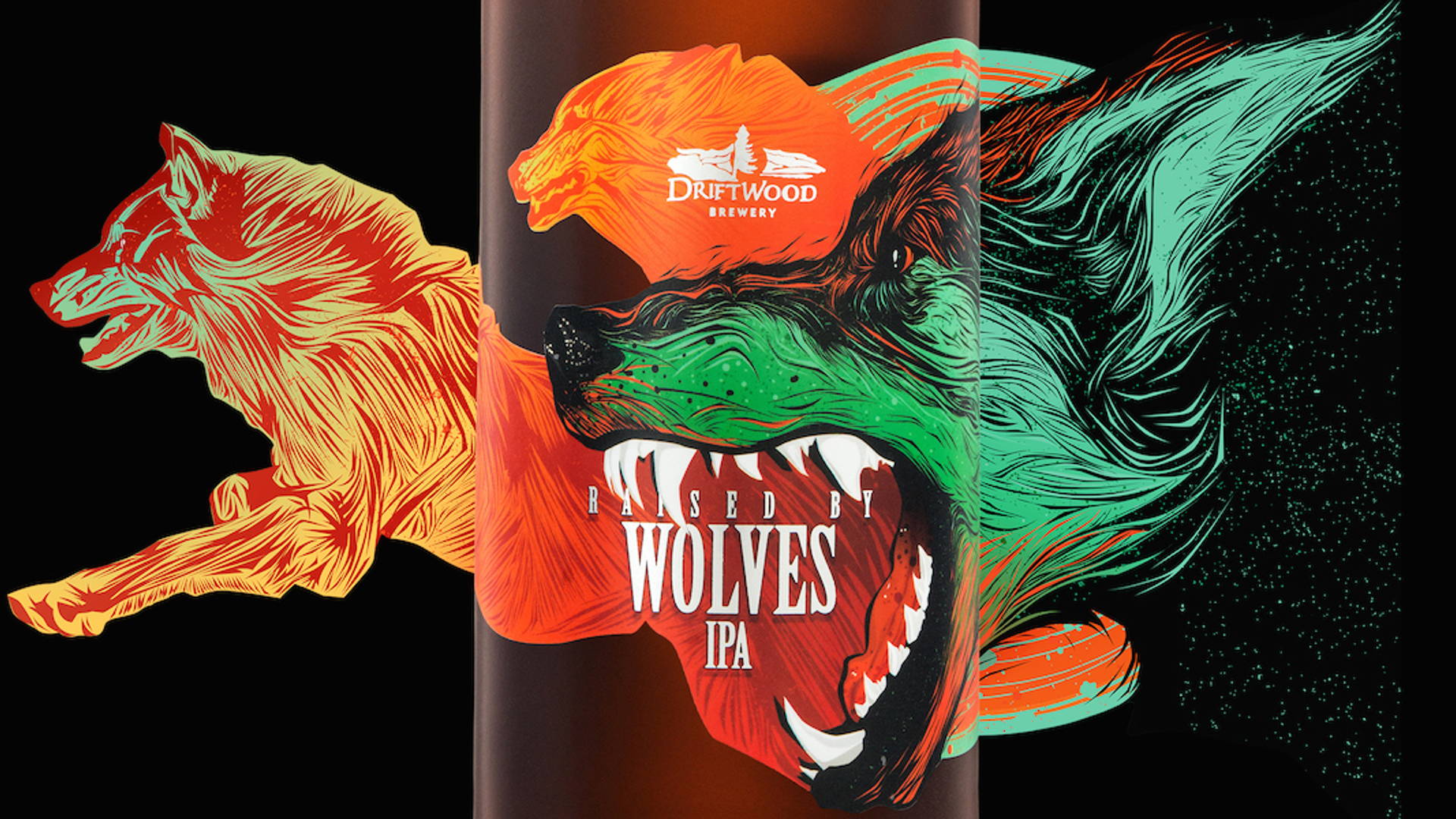 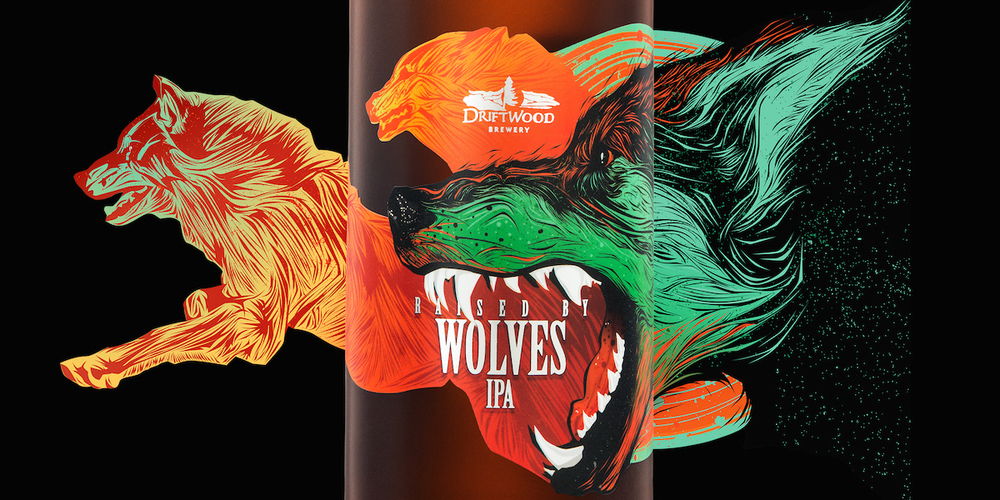 I love a good IPA — hearty, hoppy, and full of flavor. The packaging for Raised By Wolves IPA is spot on, communicating all of these qualities clearly and appealing to those who have a serious love for craft beer. Hired Guns Creative worked on a new IPA from Driftwood Brewery, all the way from product naming to illustration, design, and copywriting. 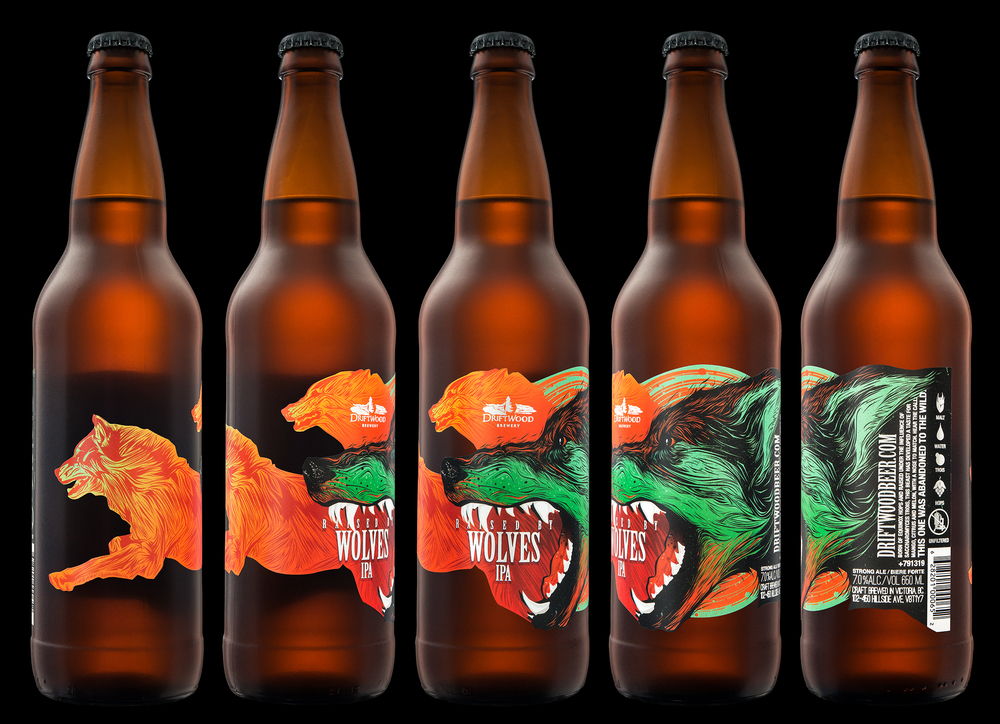 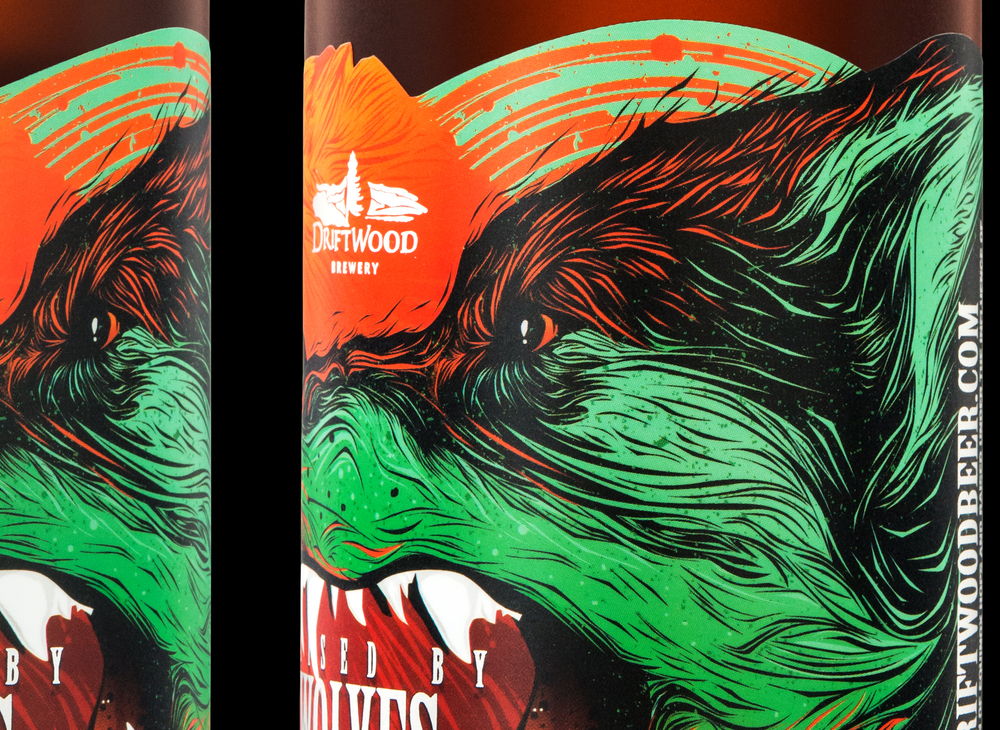 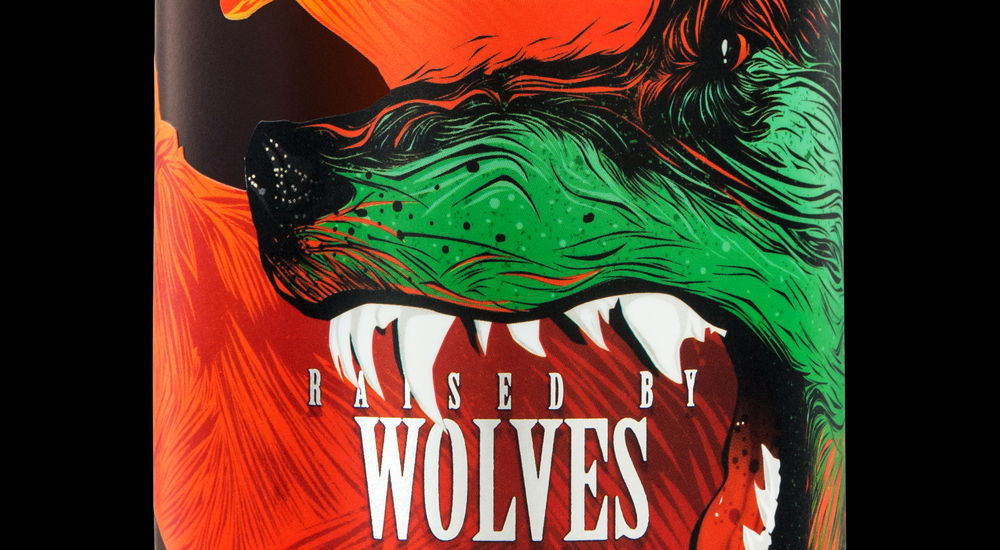 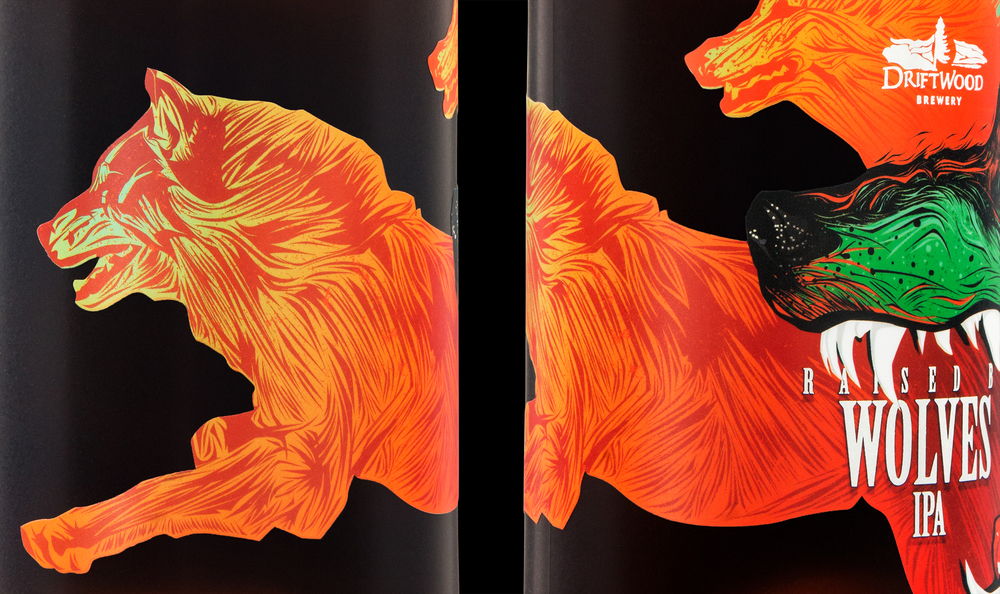 “For this Wild IPA from Driftwood Brewery, our goal was to combine a sense of the beer’s fruity flavours with the untamed nature of the yeast. We chose the name Raised By Wolves for its immediate connections to the wild, as well as to suggest a familiar narrative, setting our scene in the jungle. Bright, saturated, tropical colours helped suggest the flavours of the beer while simultaneously keeping our wolves on the right continent. For a final touch, we pushed our dieline into uncharted territories.” 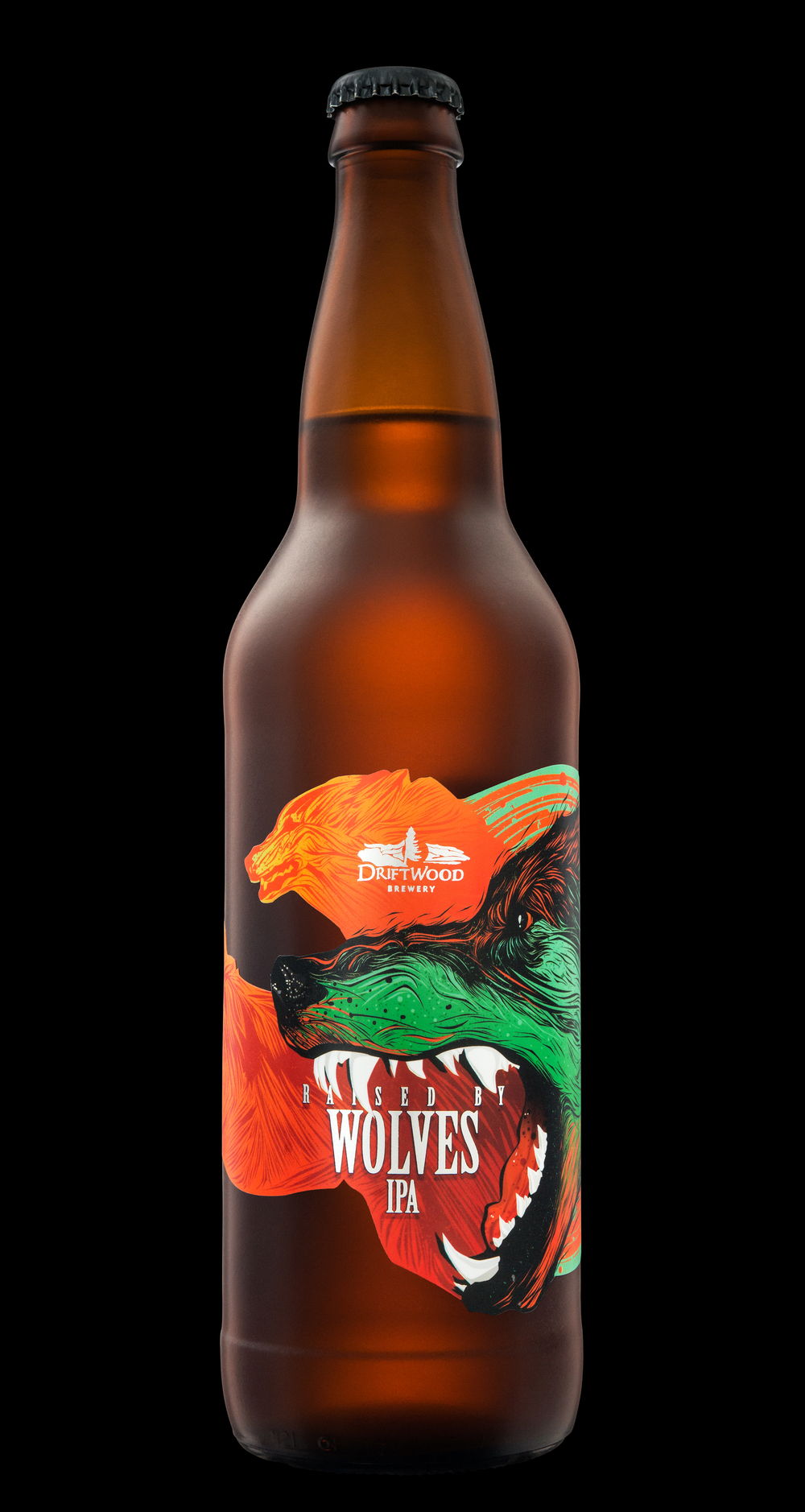 Raised By Wolves features a fierce illustration that is full of motion and life. Using bright colors, the unexpected orange and green give the label an unearthly quality. The beer name appears in a tall serif font that looks almost cinematic, resting in the open mouth of the wolf with its gnashing teeth. 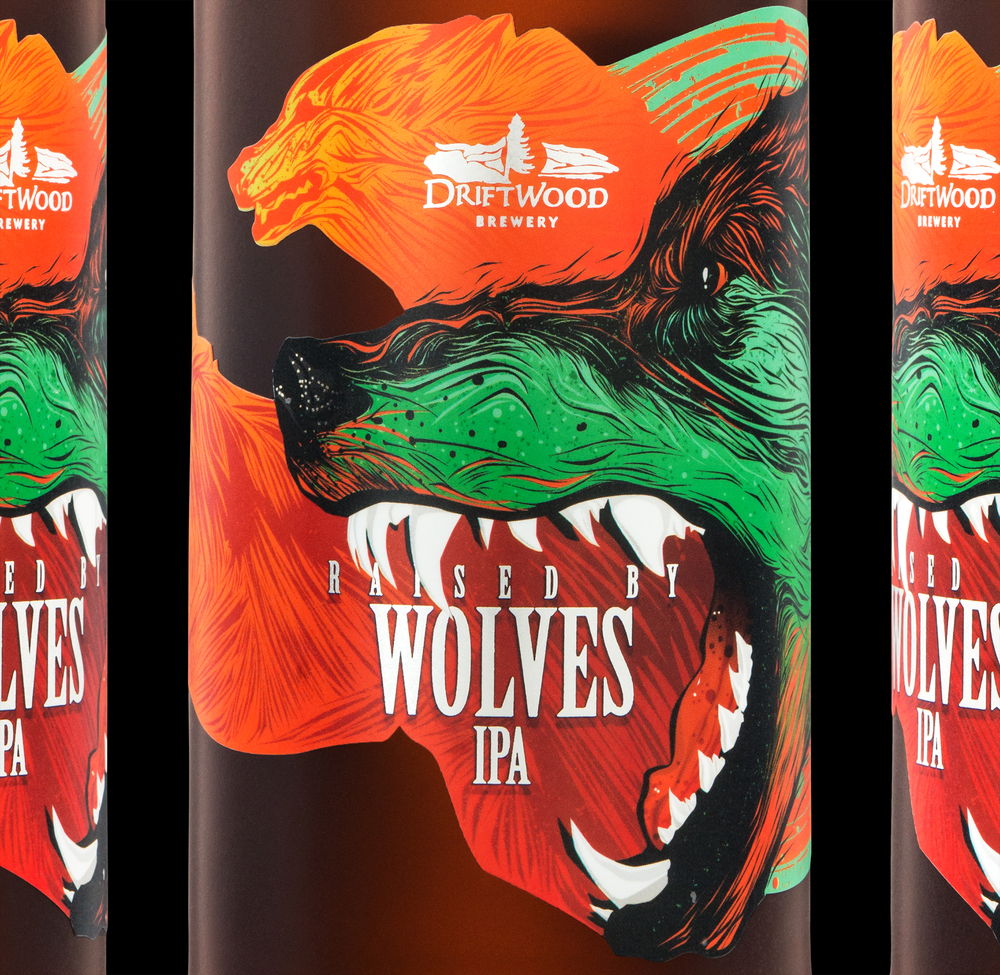 “Born of Equinox hops and raised under the influence of Saccharomyces Trois, this beast has developed a taste for mango, citrus and melon, with a nose to match. Hear the call: this one was abandoned to the wild.” 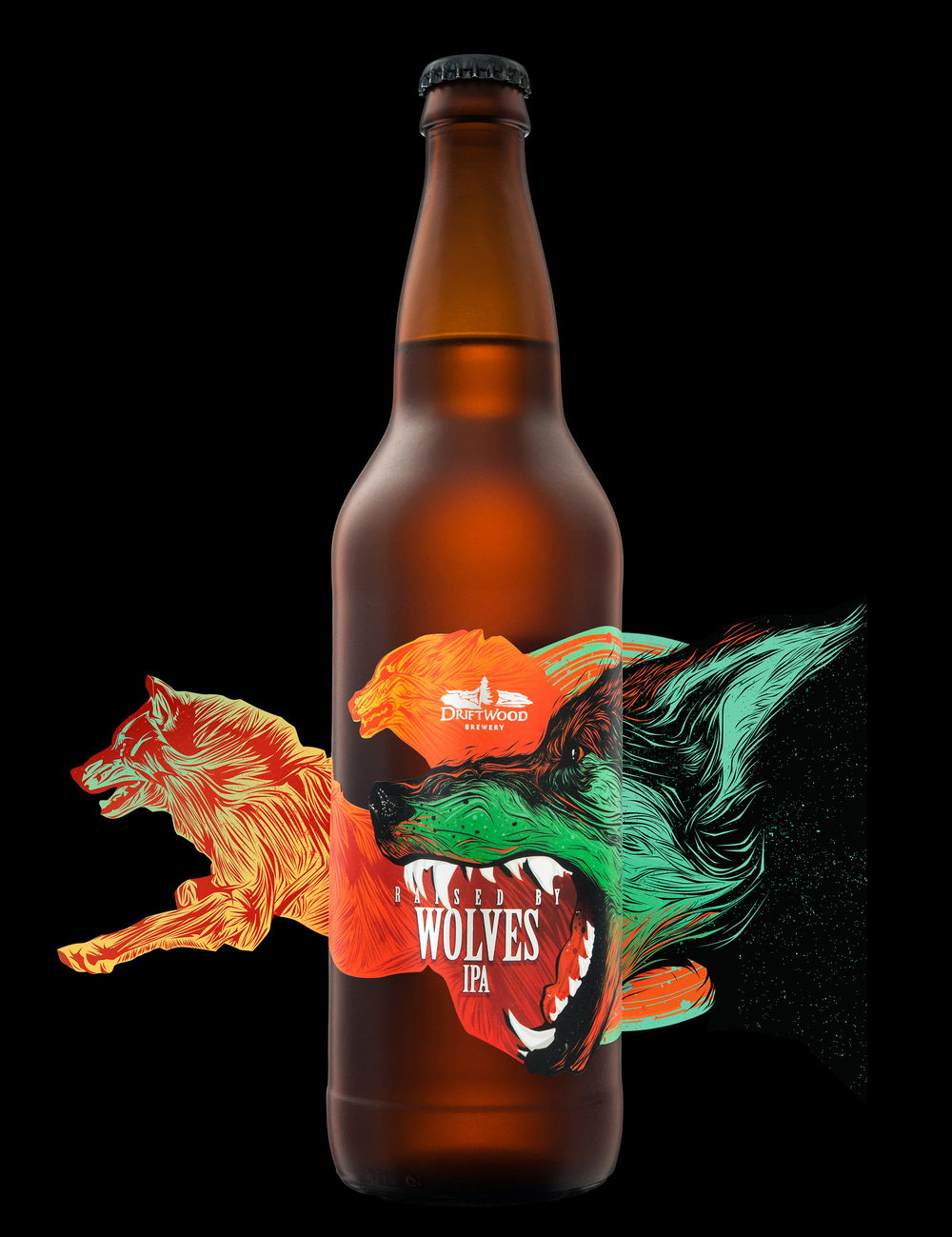 Before & After: MARTY RAY Cocktails