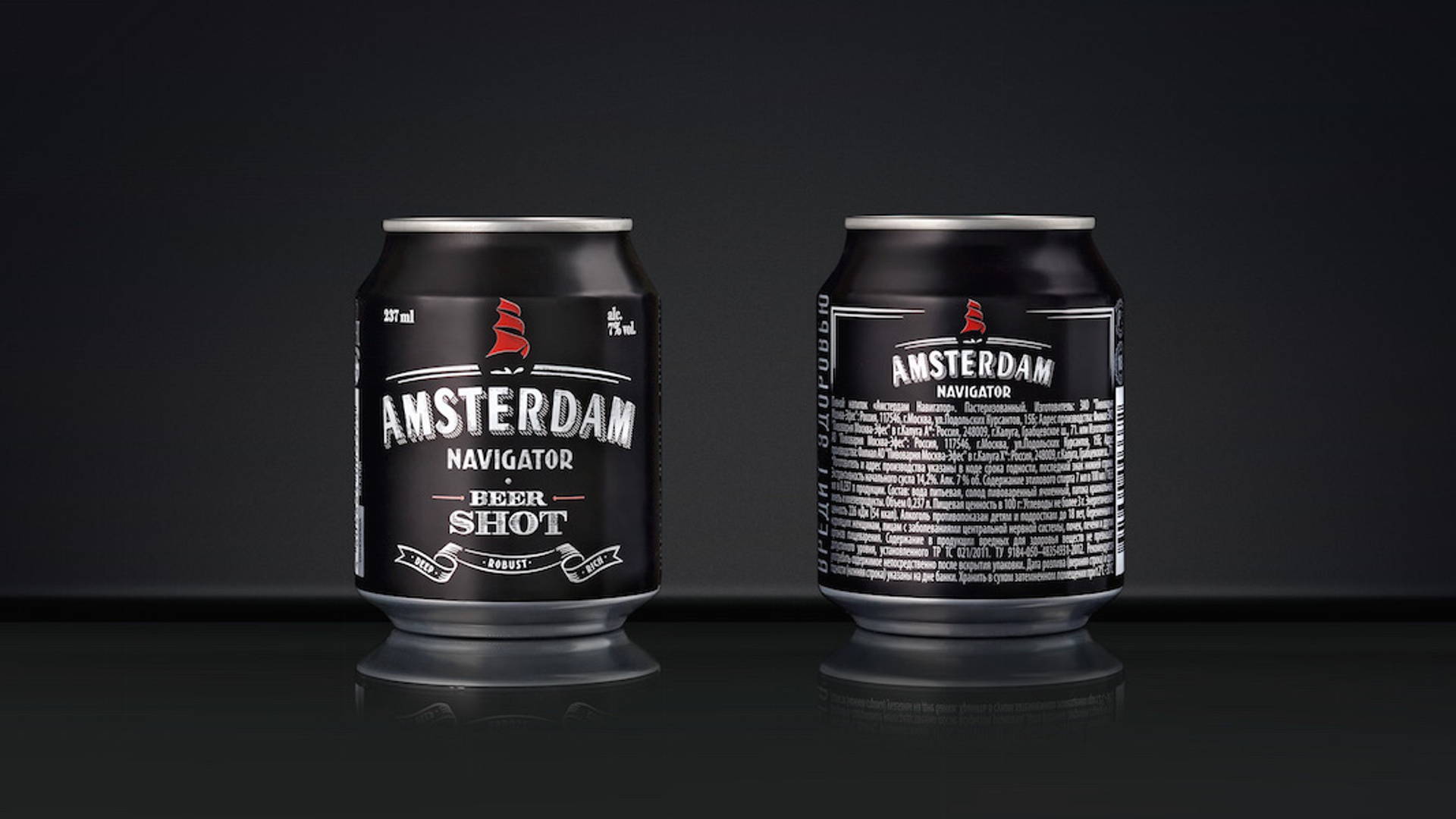 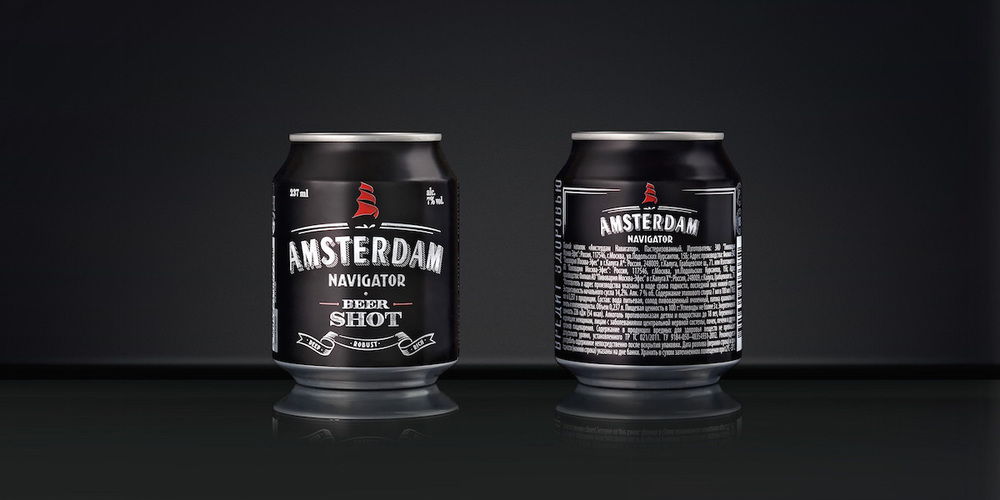 You read that right: a beer shot. The idea behind these smaller beer cans is that they’re portable and convenient. Simply put one in your pocket or slip one in your purse and you’ll have a refreshing beverage whenever the mood strikes. Viewpoint Branding Agency helped Efes Rus, the joint business of some well-established brewing companies, to create this handy, miniature beer. 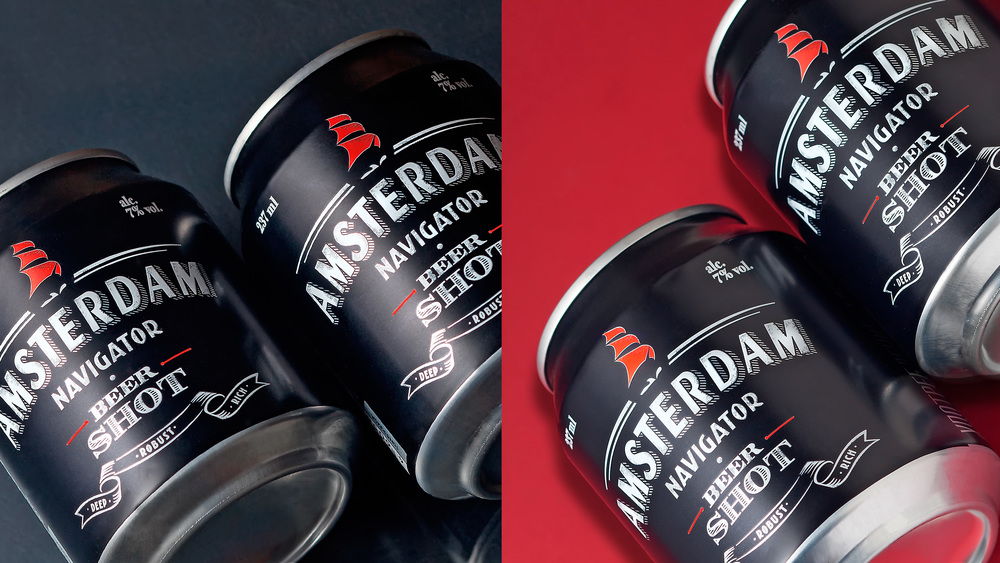 “The company Efes Rus successfully restarted its brand Amsterdam in 2014. After a short period of time, the results of the surveys identified the need to expand the line. Efes Rus together with the agency Viewpoint have developed a new packaging format for beer Amsterdam Navigator – Amsterdam Navigator Shot. This is the first strong “pocket” size beer (237 ml), which is easy to take anywhere and anytime. New Amsterdam has retained all the image elements of the brand and has become even more convenient and closer to the consumer!” 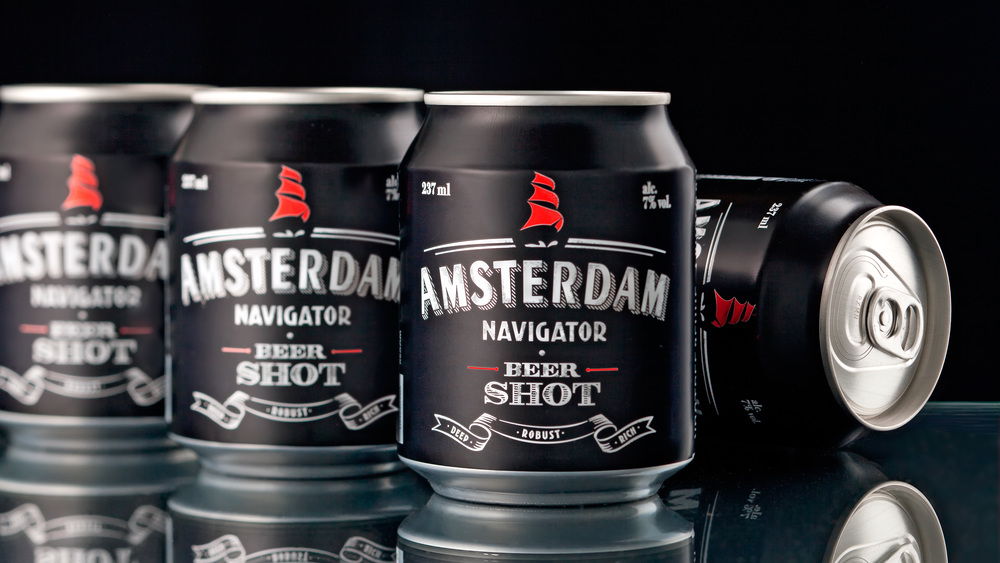 Of course, since it’s an addition to the Amsterdam Navigator beer line, it had to clearly fit in. And since Viewpoint was working with less packaging space than a traditional beer can, it needed to remain uncluttered and clear. The recognizable Amsterdam Navigator logo instantly lets the consumer know the brand name, while the unusual size of the can easily catches their attention. Because it’s a little strange for the consumer to see a can of this size on the shelves, Viewpoint opted to keep the rest of the packaging similar to other beer in their product line, communicating that it's the same product, just in smaller packaging. Black, white, and red packaging emphasizes the beer’s qualities as they are listed on the can: deep, robust, rich. 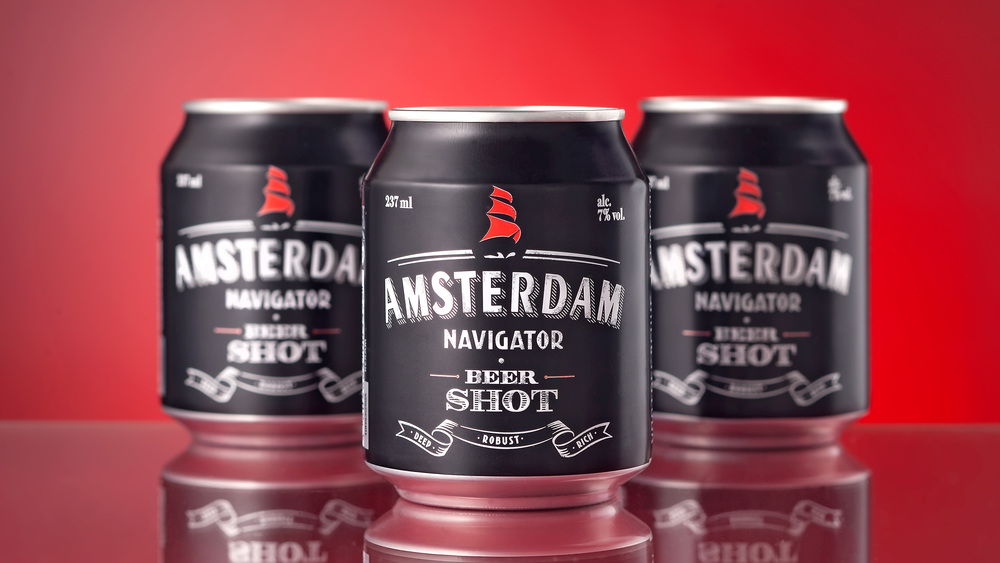