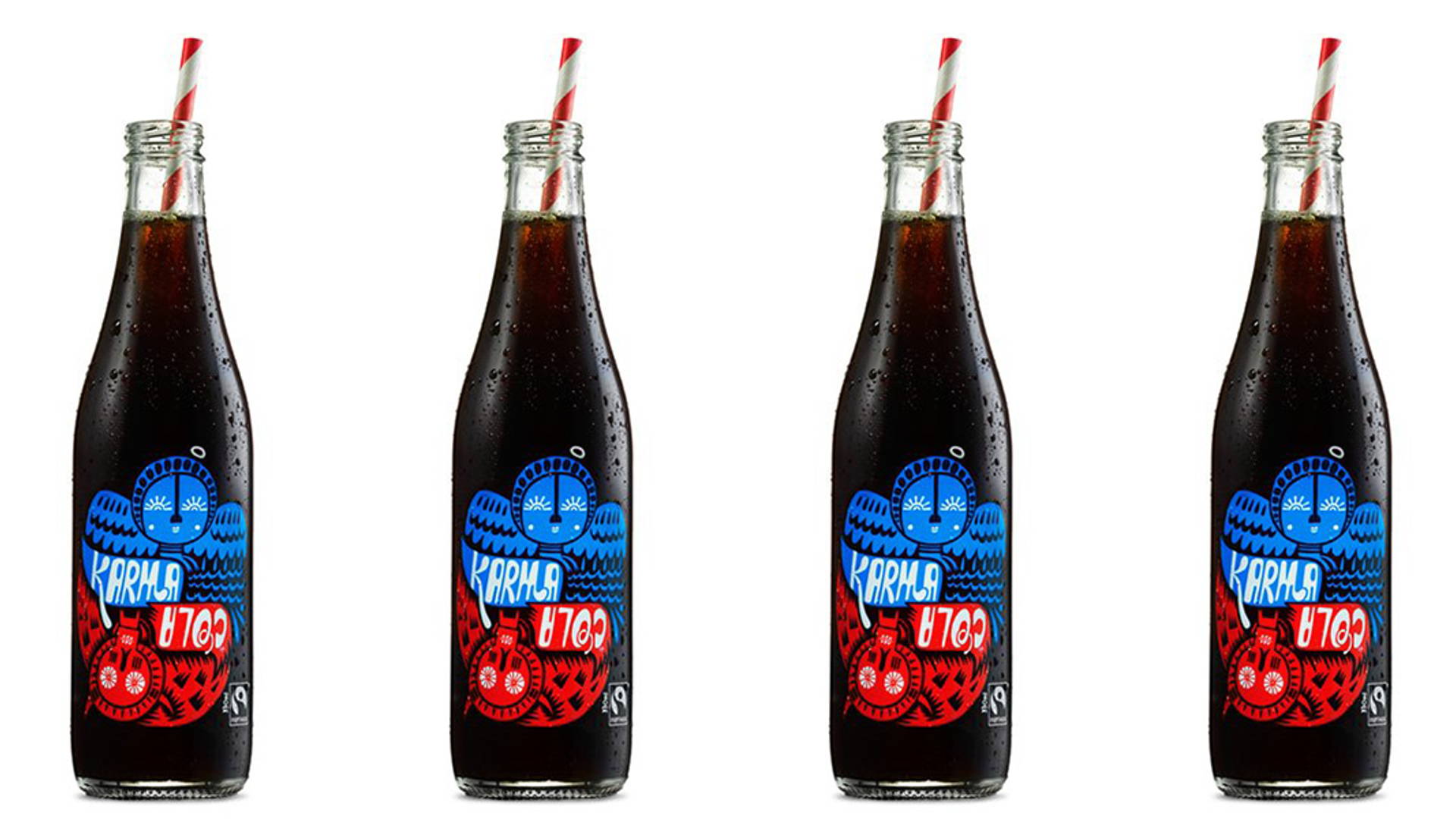 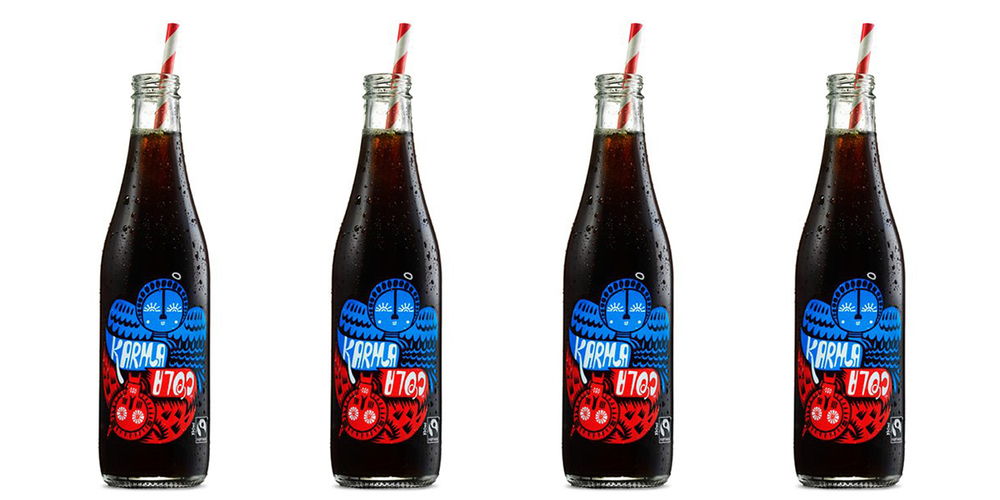 A couple of years ago the people at "all good organics" had an idea to create a real cola drink flavored by real cola nuts from West Africa. The beverage will not only taste good and be organic but also give the farmers an income. Karma Cola was born from the cola trees of the Boma Village in the southern region of Sierra Leone. The New Zealand company not only created a delicious beverage but developed a relationship with the farmers of the Boma Village and benefited the community.

An illustration of the local Genie that watches over the village is screen printed directly on the glass bottle. Her spirit is a link to healing and fertility. She is an important part in the rituals of the village and a powerful symbol that represents the impact Karma Cola has made to the village.

"He who brings cola brings life" 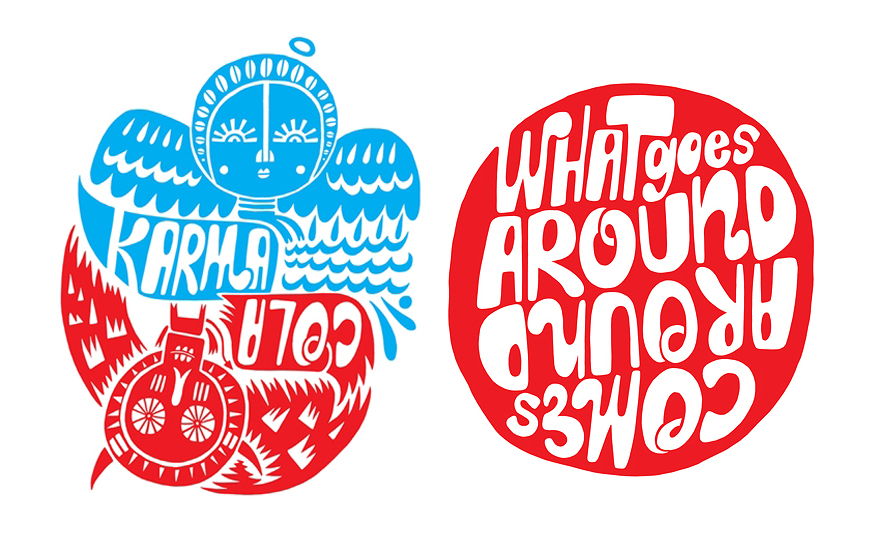 "With Karma Cola what goes around really does come around. Every time you drink it, part of the proceeds from each bottle sold will go back to the Boma Village in Sierra Leone.

Part of the proceeds from the sale of every bottle of Karma Cola goes back to the people of Boma and Naiahun to invest in community projects.  Funds from sales of Karma Cola have already helped to build a bridge to connect two parts of the village that couldn't be crossed easily, and are sending 45 children to school. Even more projects are planned for the coming year." 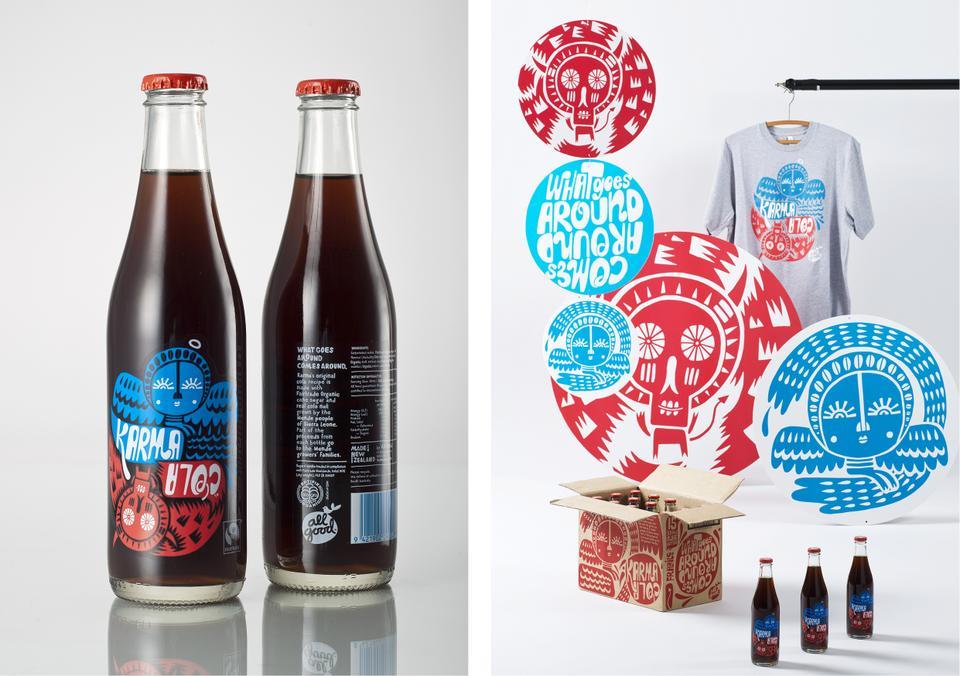 Before & After: Mr. Clean