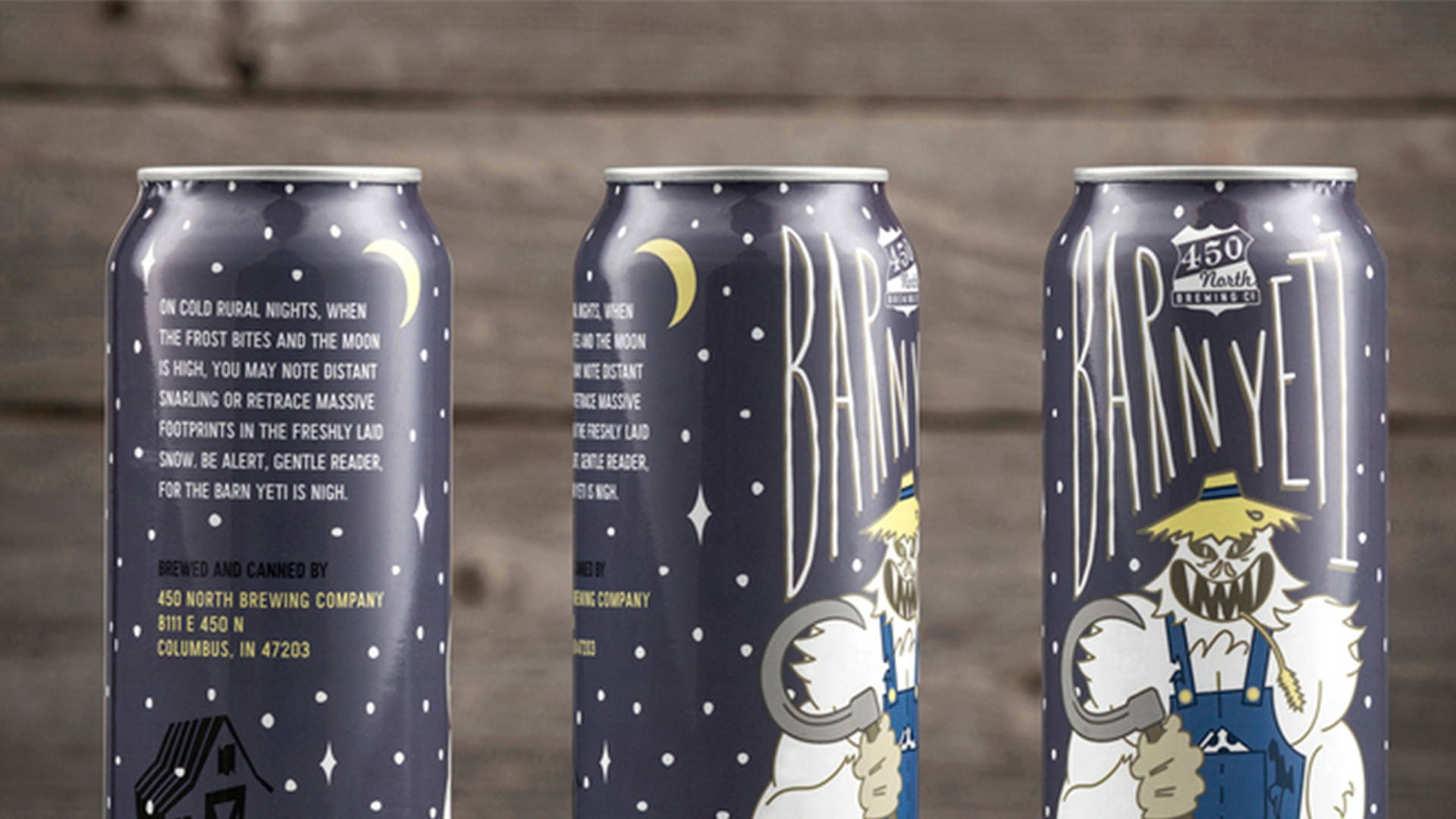 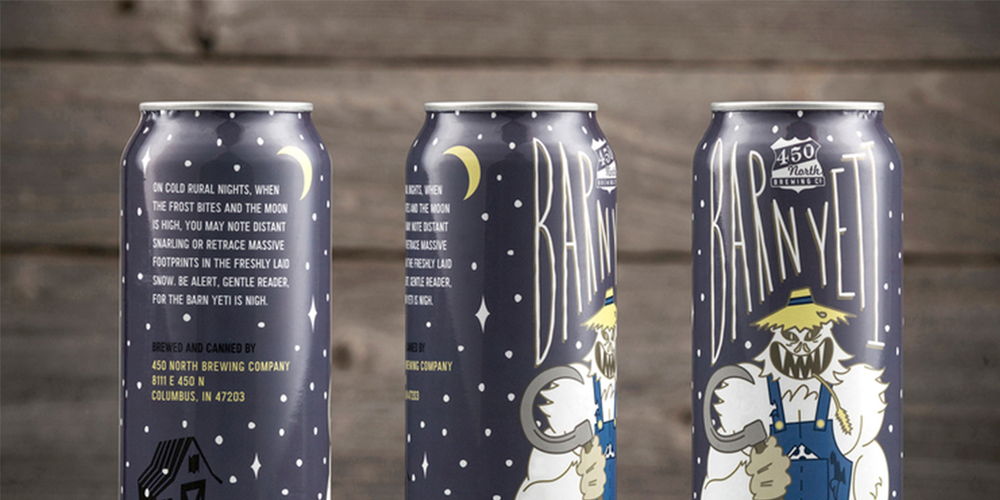 450 North Brewing Co. and CODO Design have teamed up again, this time bringing us something more illustrative and colorful than the beer can designs we’ve seen from them before. The Indiana-based brewpub wanted to differentiate their specialty beers from their house beer lineup. CODO Design has started with the Citra Fest and Barn Yeti brews, with more on the way soon. Both beers feature unique write-ups on the back of the cans that informed each design, lending inspiration to the illustration.

“On cold nights when the frost bites and the moon is high, you may note the distant snarling or retrace massive footprints in the freshly laid snow. Be alert, gentle reader, for the Barn Yeti is nigh.” 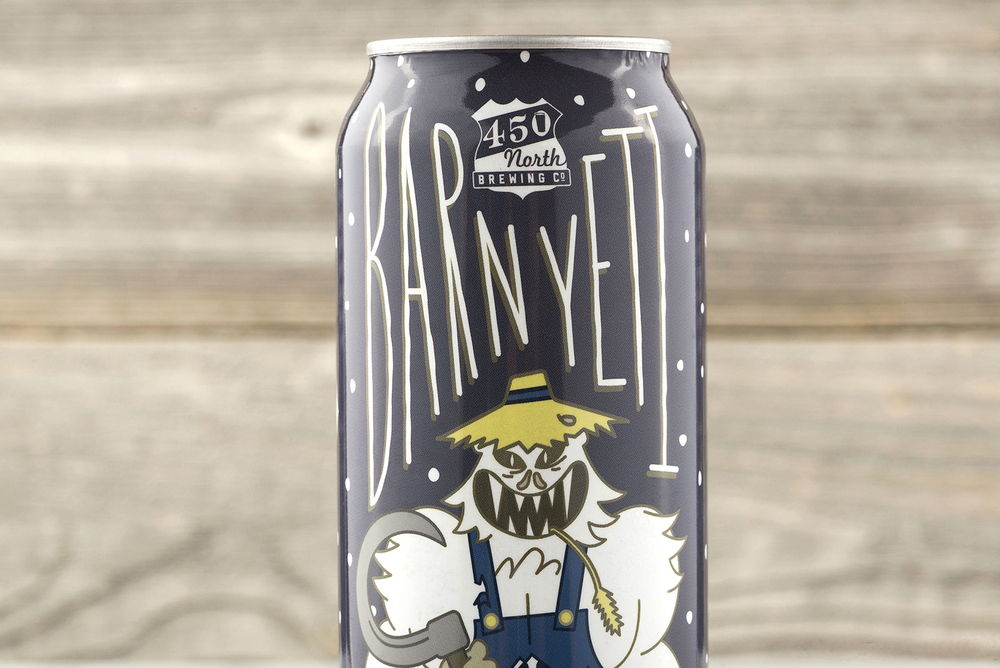 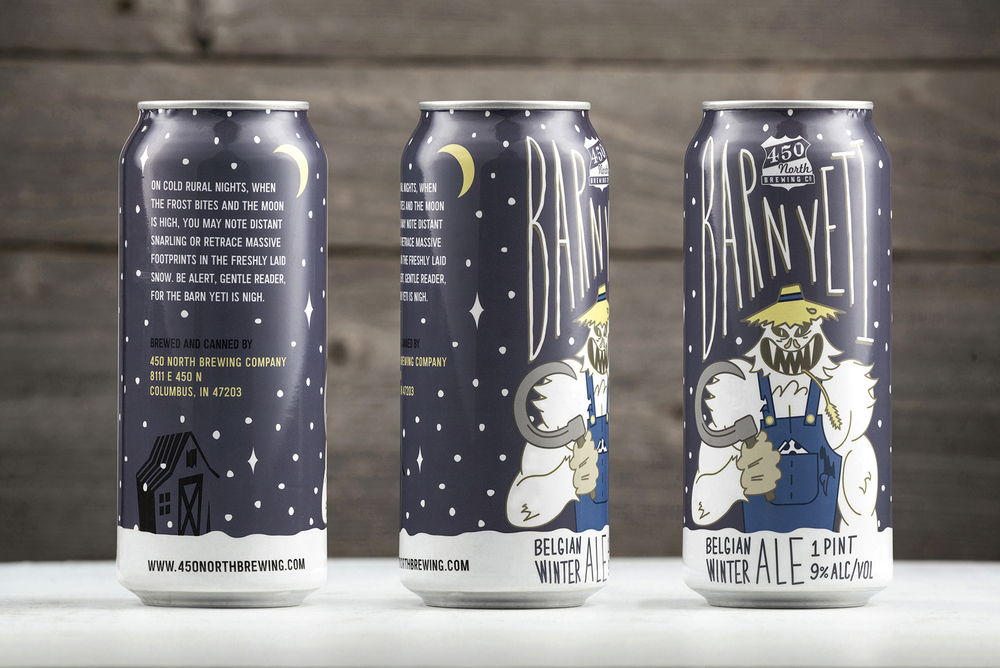 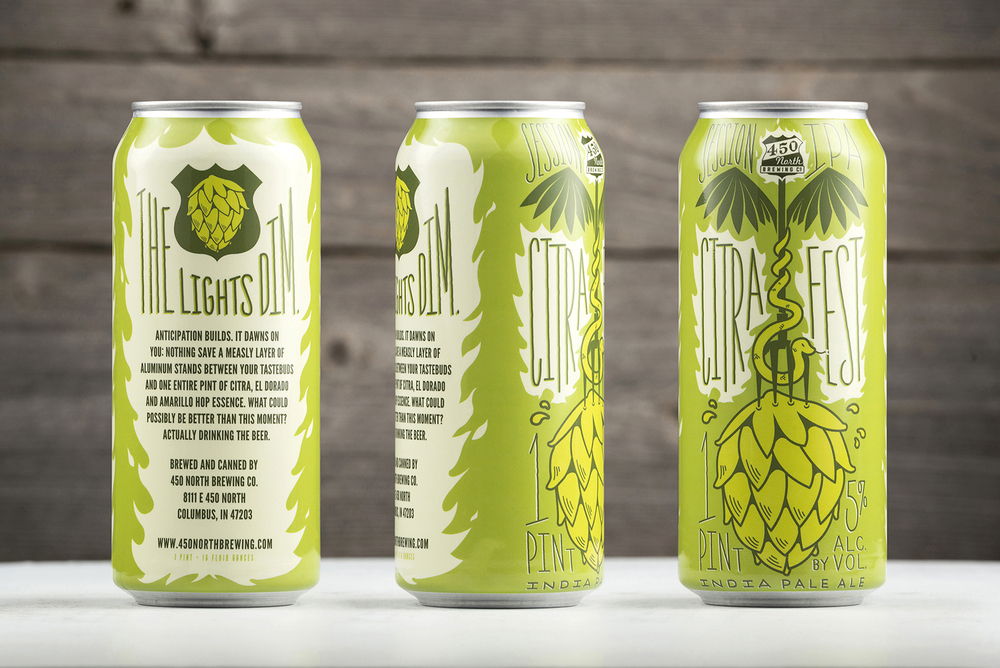 This descriptions sets the stage for the Barn Yeti beer, with a malicious, scythe-wielding monster clad in overalls on the front. The illustration style, however, keeps the images fun and playful, almost like your favorite children’s books. Both the Barn Yeti and Citra brews have an elongated, wiry font that stretches out on the tall pint. It almost looks as if it were scrawled on each can by hand, reminding the buyer that these specialty beers are one-of-a-kind. These new offerings from 450 North Brewing Co. have a refreshing design that will appeal to any craft beer lover. 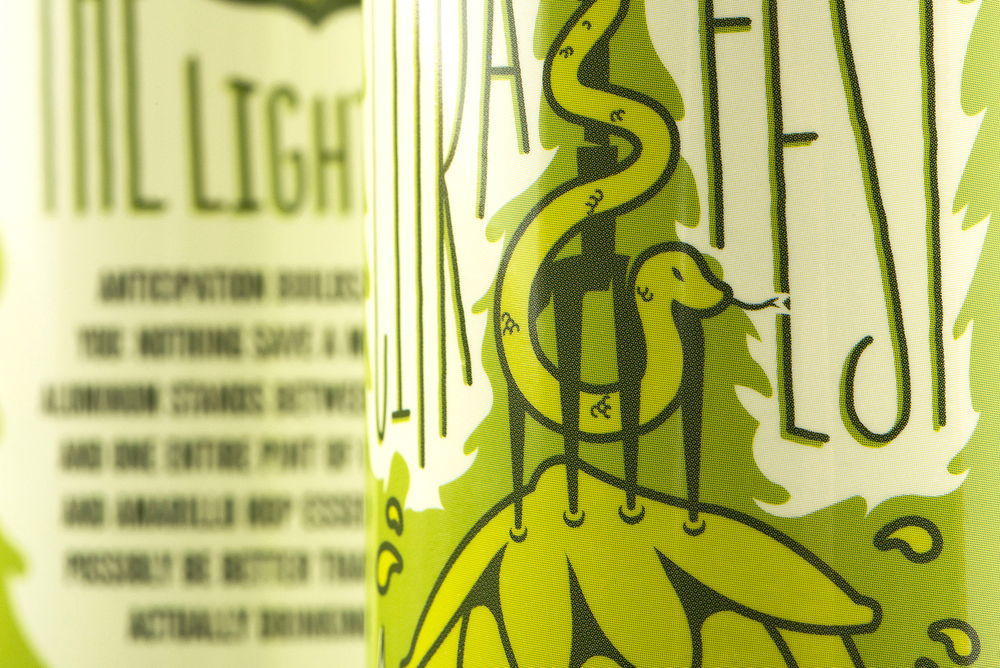 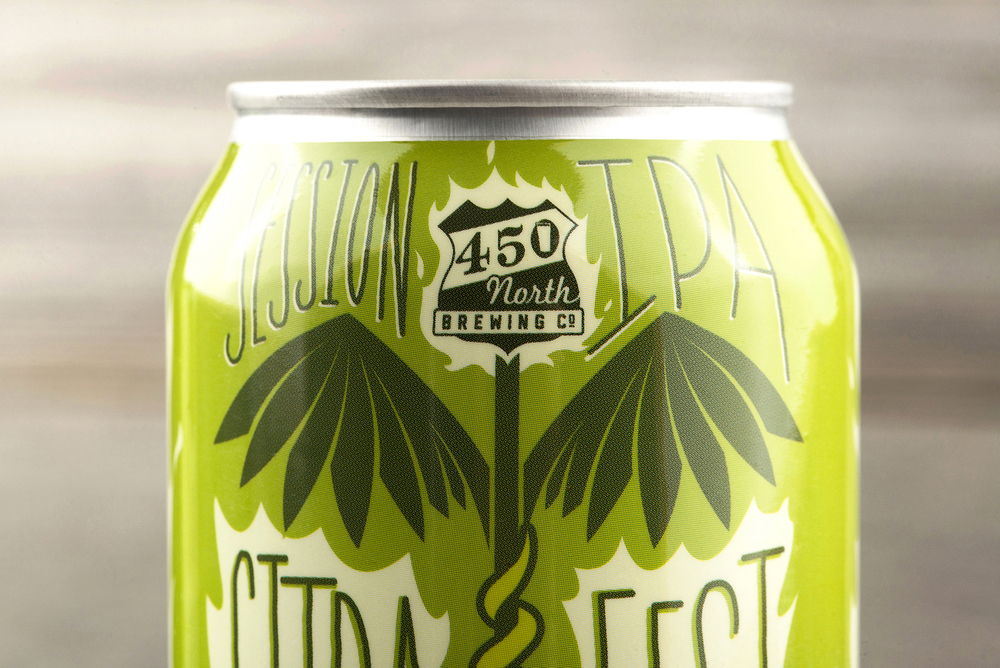 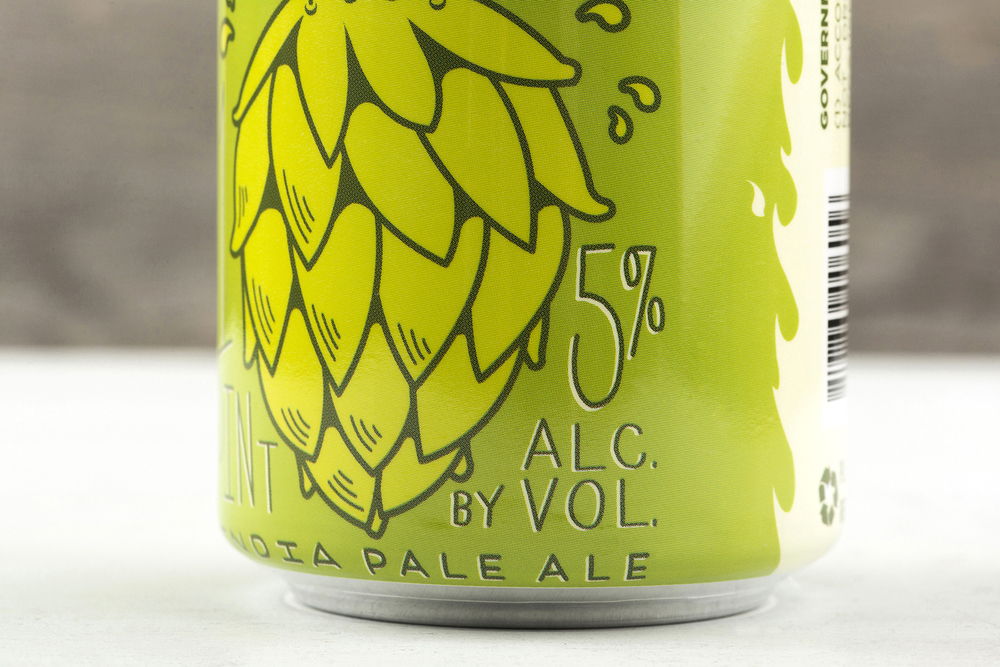 “The lights dim. Anticipation builds. It dawns on you: nothing save a measly layer of aluminum stands between your tastebuds and the entire pint of citra, el dorado and amarillo hop essence. What could possibly be better than this moment? Actually drinking the beer.” 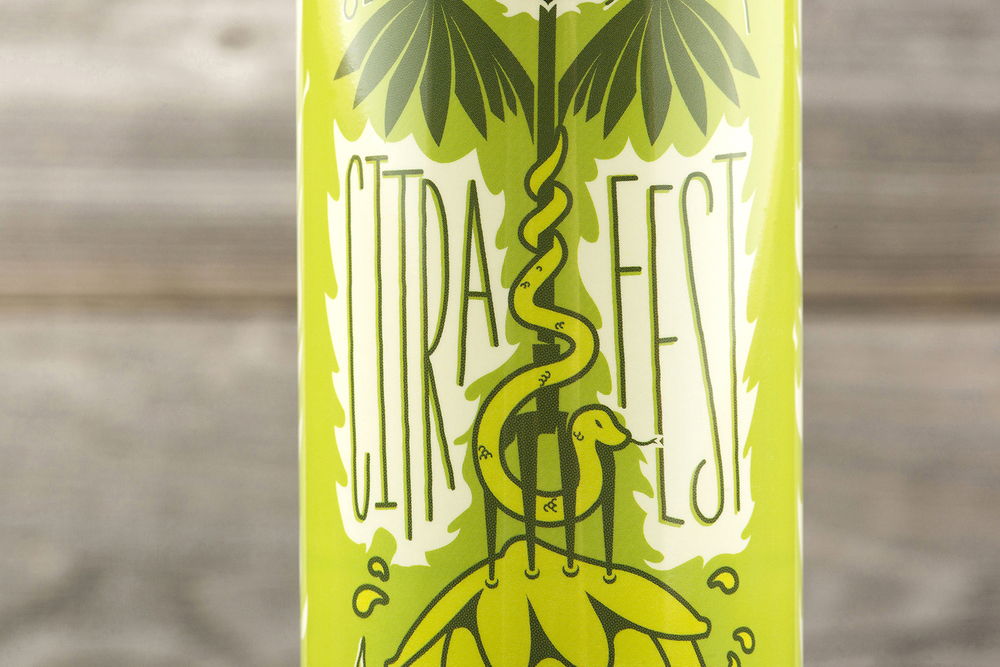