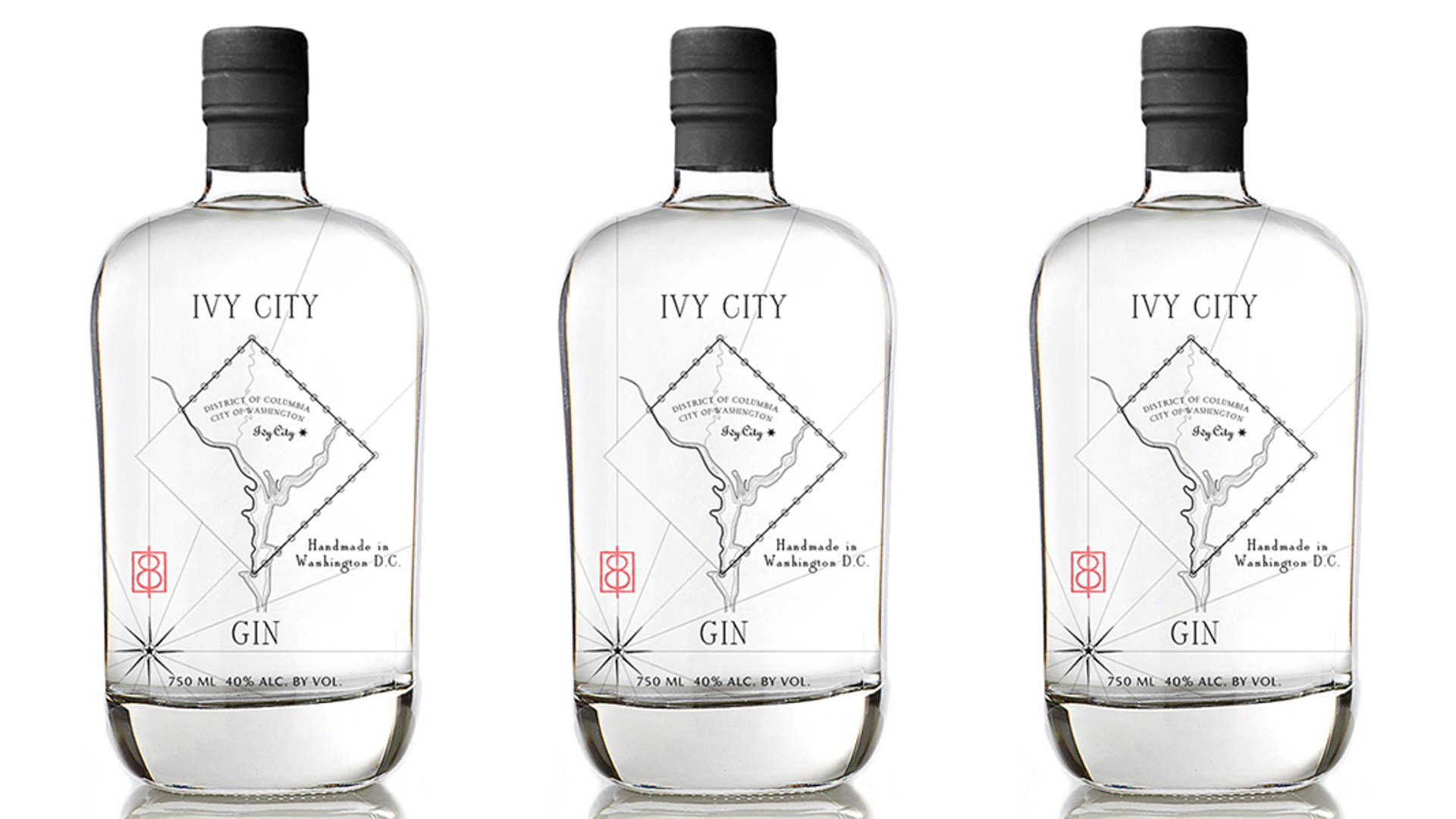 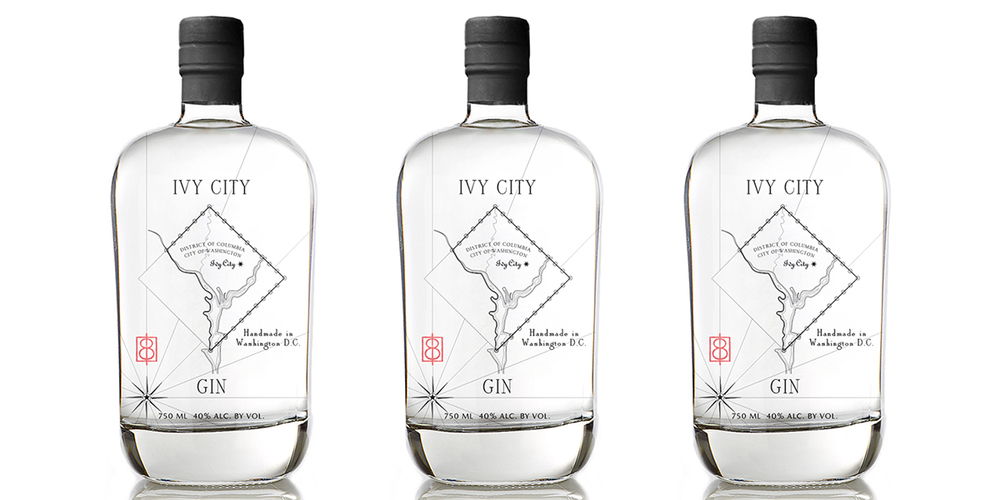 Ivy City Gin is a new American dry gin coming out of the Washington DC distillery, One Eight Distilling. The gin is named after the northeastern neighborhood of Ivy City where the spirit is made, a neighborhood currently undergoing a bit of a renaissance. A city not known for it’s distilleries, this is only the SECOND gin produced in the District post-prohibition! “As part of its ongoing commitment to the Ward 5 community, One Eight Distilling will donate $1 from every bottle sold in D.C. this year to Habitat for Humanity of Washington, D.C. in support of ongoing projects in Ivy City.” 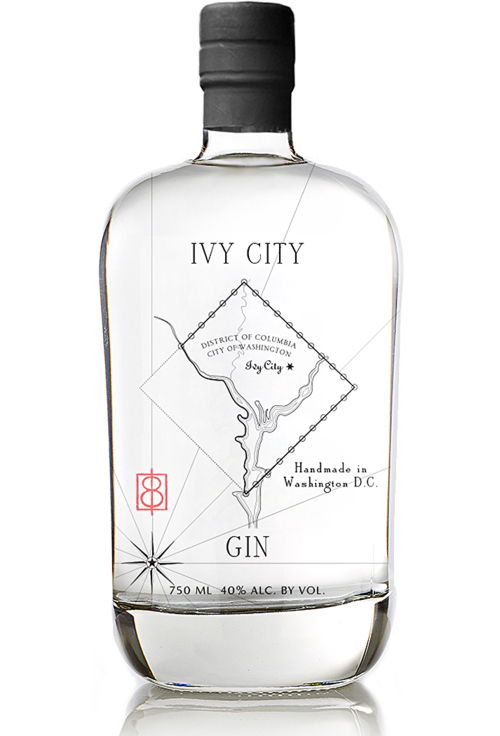 It’s quite a hefty bottle that One Eight Distilling is packing their product up in. The bottle features a simple map of the iconic shape of Washington DC, with a star to highlight the northeastern neighborhood of Ivy City. It’s not a flashy bottle of alcohol, the gin name is typeset in a lightweight, serifed font and the majority of the artwork is black line art. Of course it should be noted that “Handmade in Washington DC” is featured quite prominently - as this is a unique selling point. 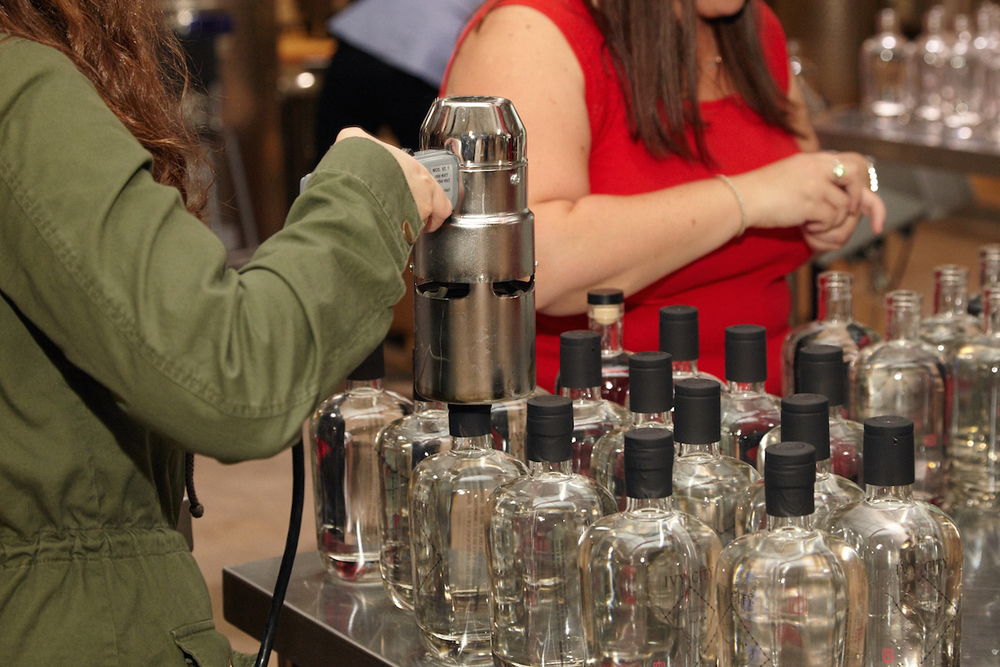 “Ivy City Gin is distilled from locally-sourced grains (63% rye, 26% corn, and 11% malted rye). The complex yet well-balanced taste profile features forward notes of Juniper and Spicebush, and a subtle bouquet of eight additional botanicals.”Set in the bottom left corner, a compass spreads its arms out across the bottle, with the One Eight Distilling logo mark sitting right above it. The logo is a bright shade of red, bringing some contrast to the otherwise one color palette. Made up of the numbers “one” and “eight” from the company name, the logo is very clean and minimalistic. I have to give the designer on this project a thumbs up for knowing how to work with design restraint! 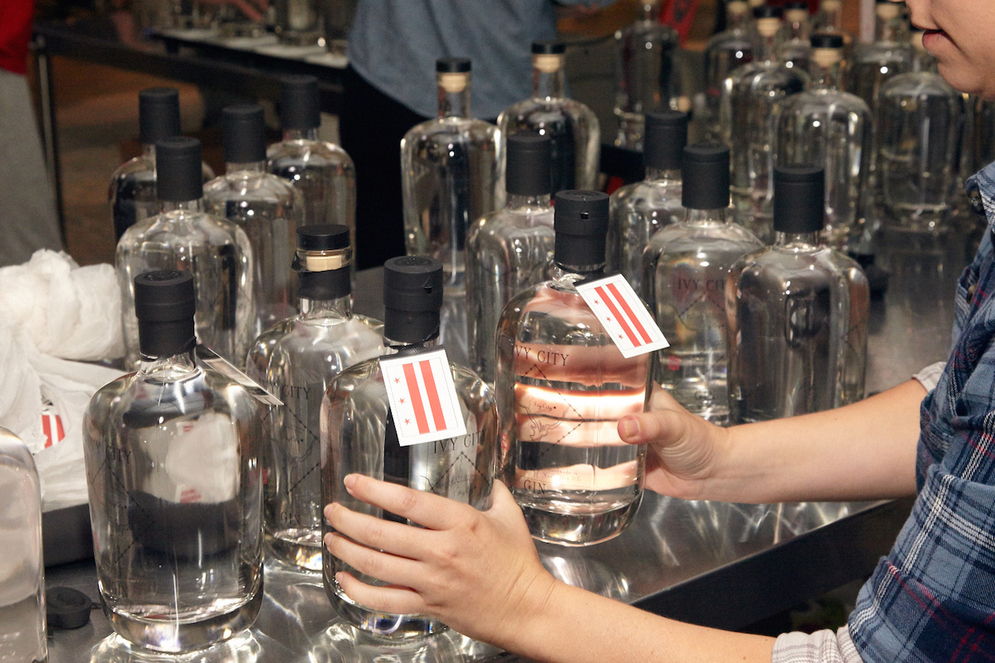