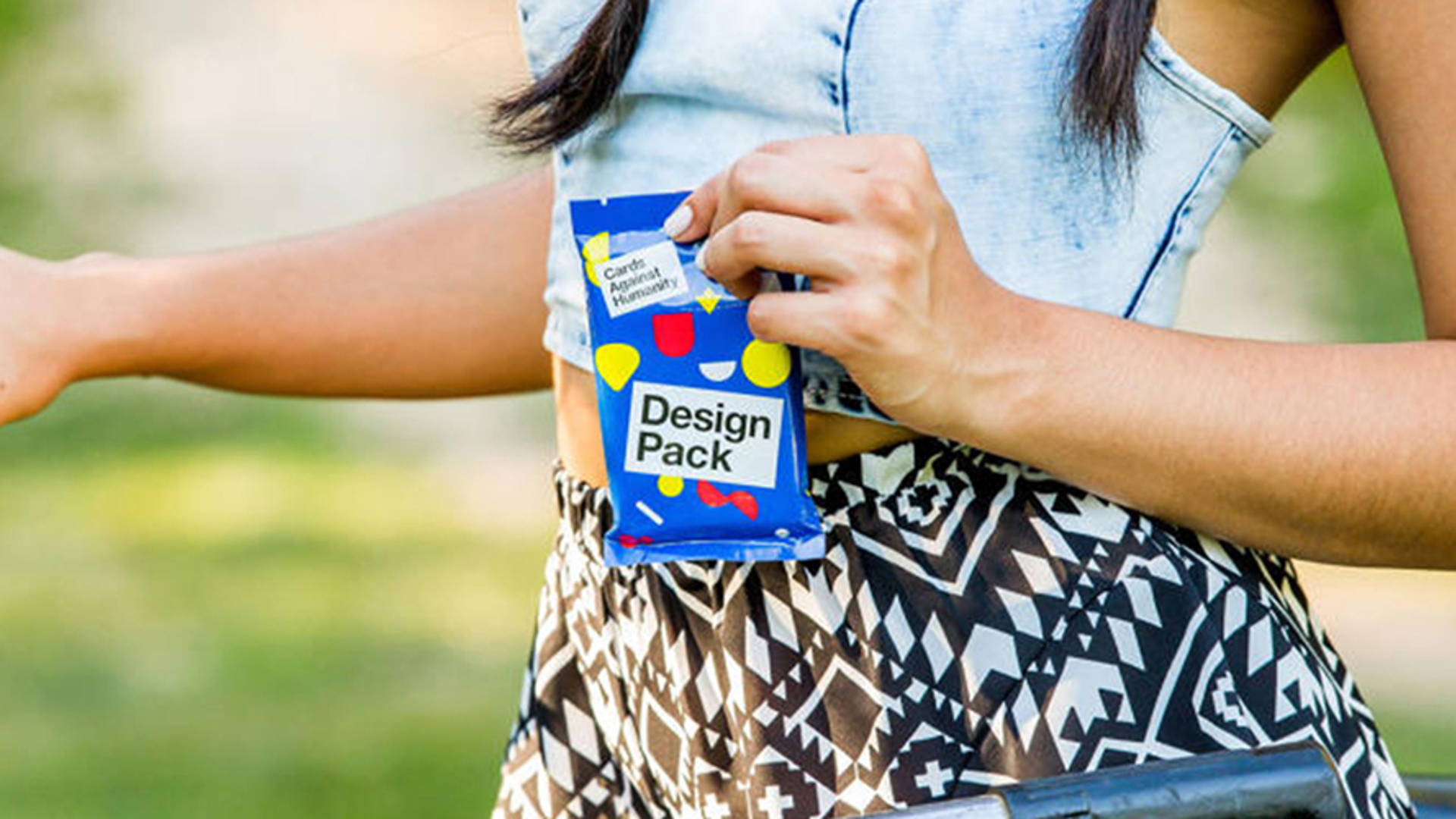 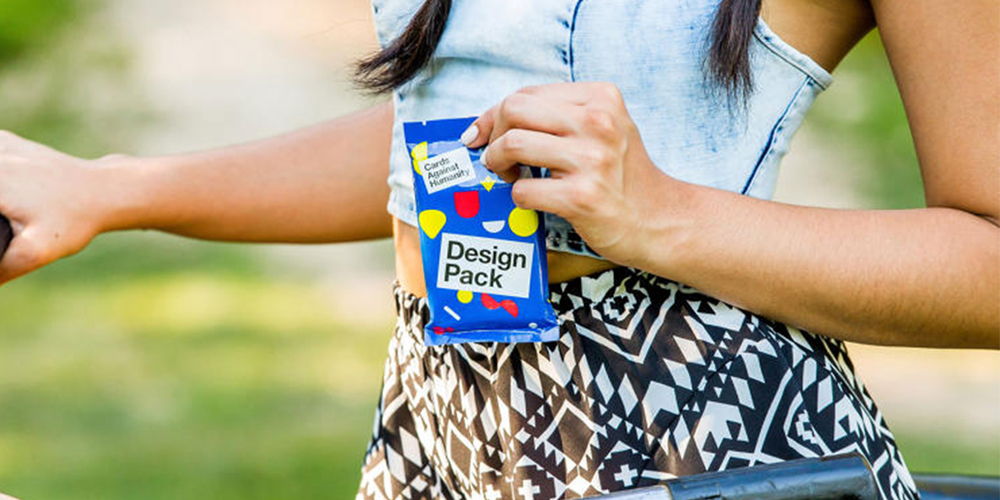 Everyone’s favorite party game for horrible people, Cards Against Humanity, just released their latest expansion pack. The Design Pack includes 30 cards that stray away from the typical black and white cards and Helvetica Bold typeface. Inspired by George Carlin’s “Seven Words You Can Never Say on Television” (which you can educate yourself on here), the pack was a joint project between Cards Against Humanity creator Max Temkin and founder of the Chicago Design Museum, Tanner Woodford. They collaborated and assigned one of these words to 30 different designers for The Design Pack. 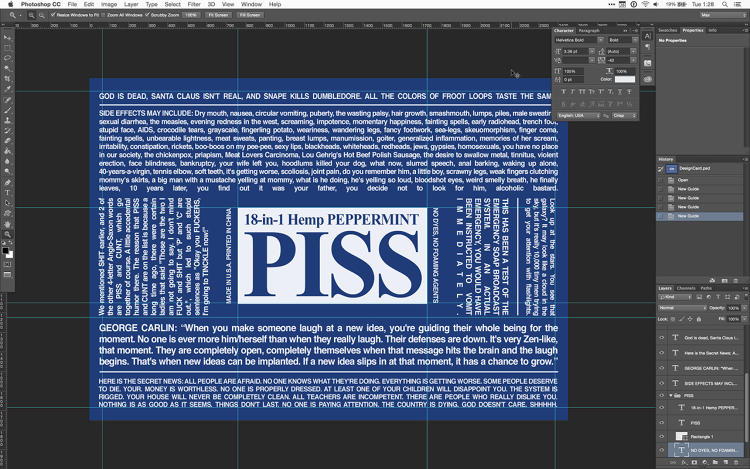 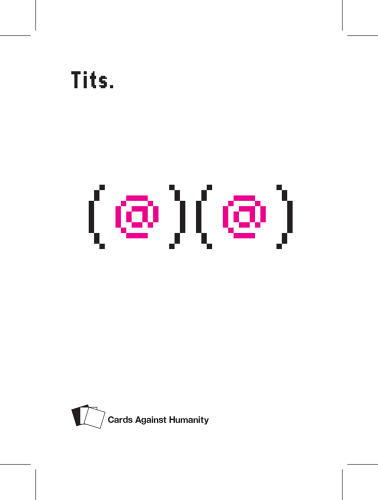 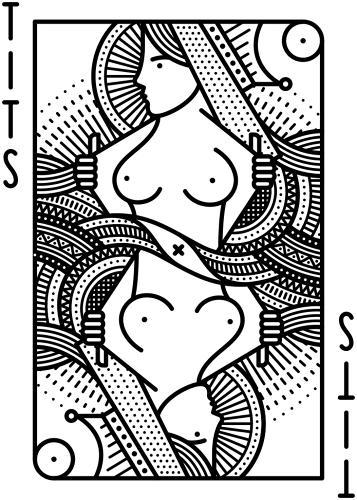 Each card is vastly different, from pixel art breasts to a playing card design with piles of poop as the suit. Other than their assigned word, though, the designers were given the freedom to design whatever their hearts desired. These colorful images and fonts certainly add a new and hilarious dimension to a charmingly offensive round of Cards Against Humanity. The Design Pack’s website is also in perfect form, mocking an advertisement style we see all too often. Beautiful models hang out like they’re best friends, laughing and having the best summer ever. But we all know what’s going on — one of them just played the card that Erik Spiekermann designed with the filthy word inspiration “Motherfucker.”

And don’t worry, you may have laughed at that Anne Frank joke, but The Design Pack is design that does good. All proceeds will benefit the Chicago Design Museum, a grassroots gallery that exhibits contemporary design. 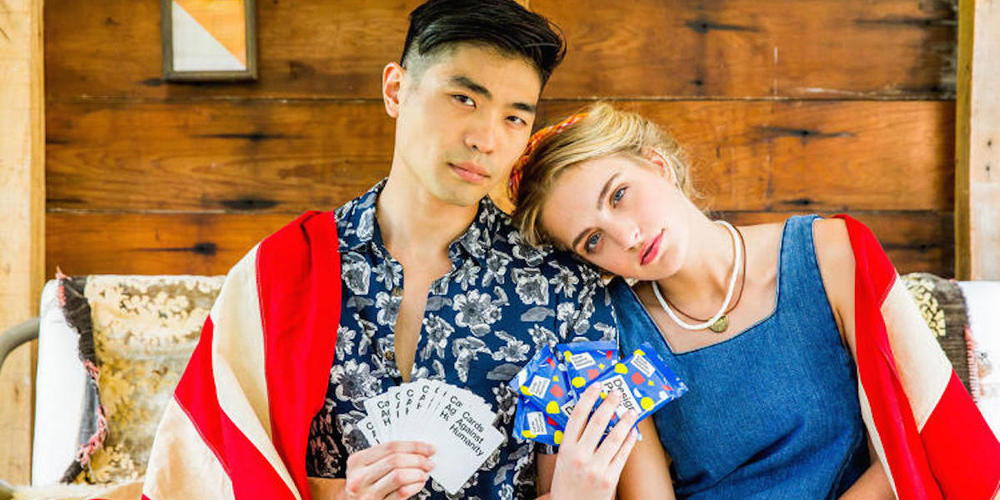