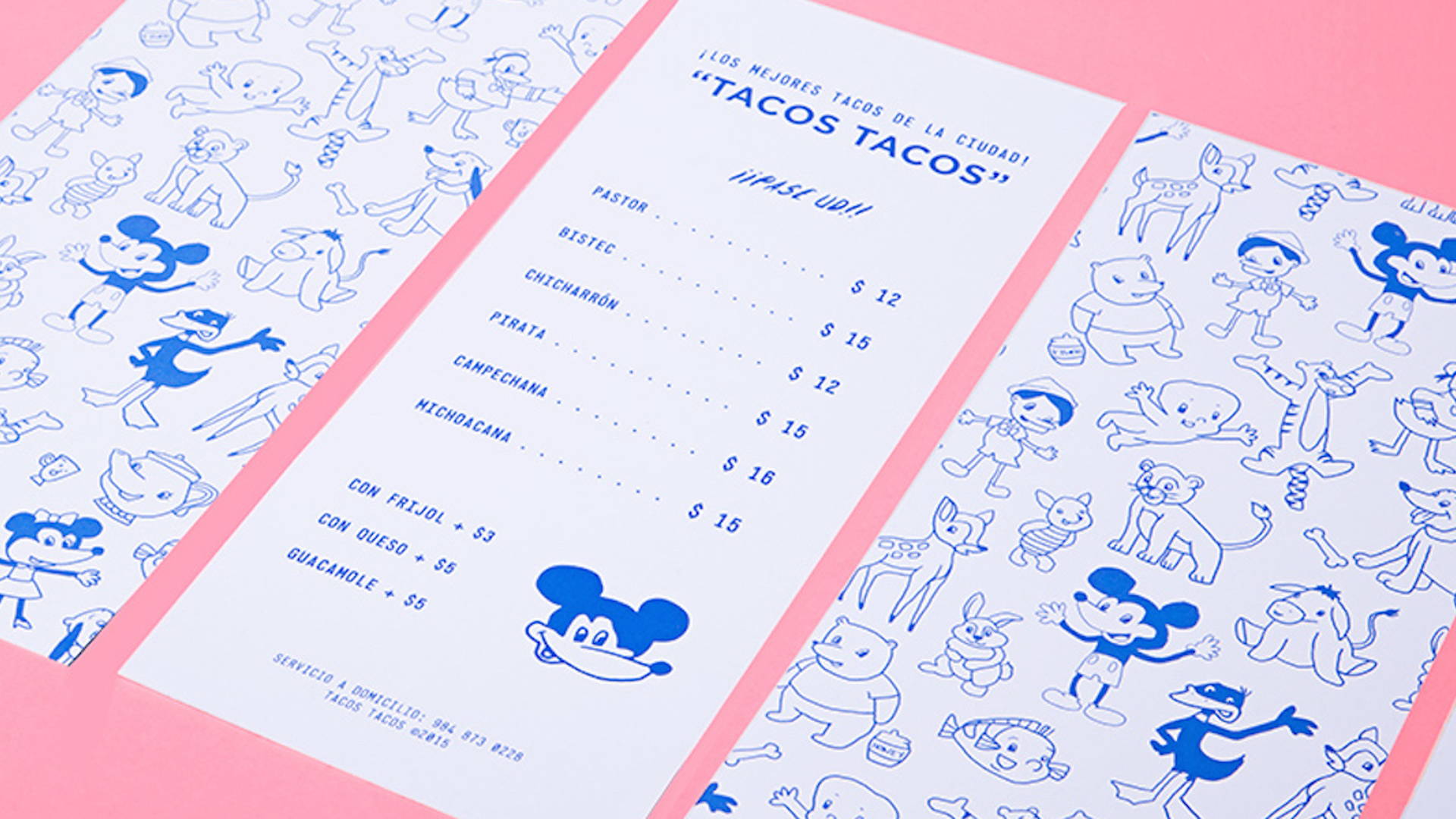 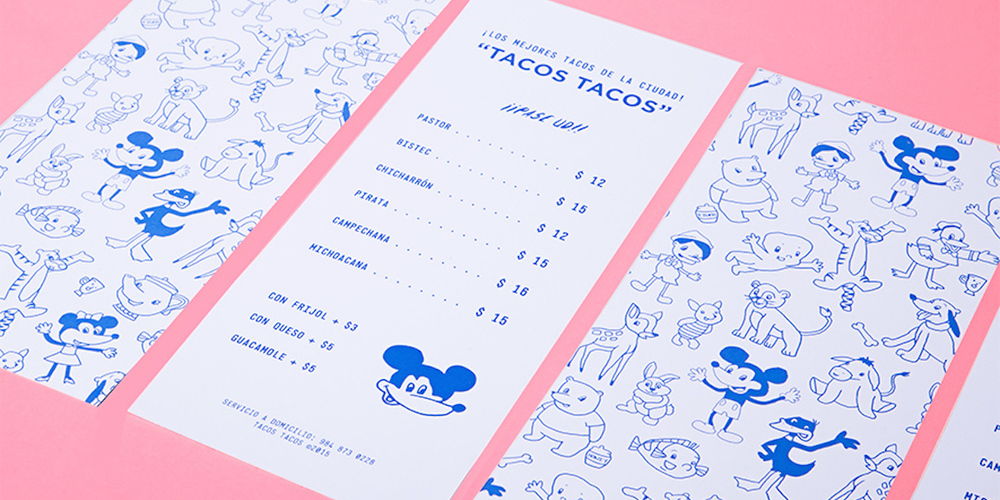 Meet the anonymous taco joint. Instead of declaring a particular identity for itself, Tacos _ _ _ _ _ aims to be a nameless taco restaurant that customers will name themselves based on their own experiences. Futura designed the concept’s branding and packaging for the taqueria, hoping to set it apart from the countless other options that Mexico has to offer.

“It is literally impossible to tell how many ‘taquerías’ exist in Mexico, because most of them are just informal eating-places with no brand or official name. That has always been our reality, as Mexicans we grew up and we have live surrounded by these kinds of places. We are used to naming them based on our own experiences and the affection that we have for them, and we are also used to recognize them for their naive way of present themselves, especially when they use a world known icon without bad intention.” 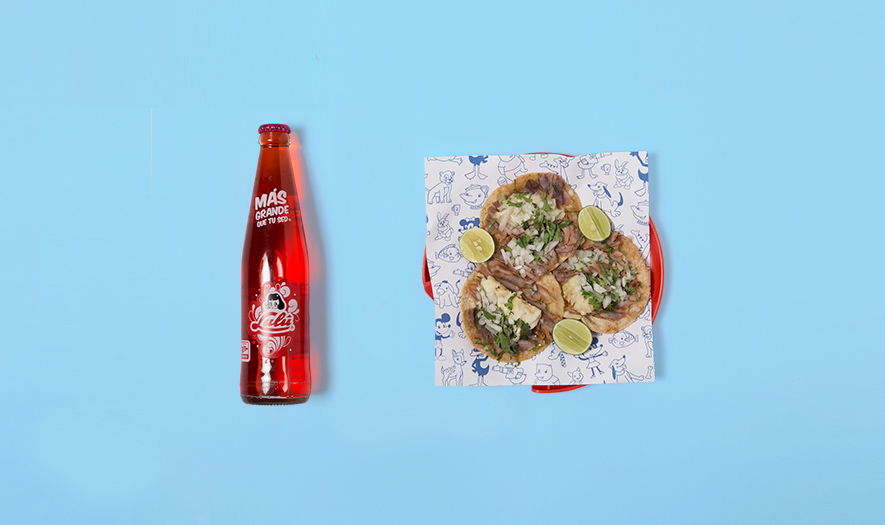 “Tacos _ _ _ _ _ is a project that pretends to provoke the same phenomenon. A nameless taco joint that will wait for its customers and neighbours to name it…Tacos Donald? Mickey Tacos? The Tacos Tacos? Who knows? It’s an experiment that moves away from being an artistic installation, or a social criticism, and it’s about the behavior of an entire Nation that is used to take the graphic elements of their favorite joint and it’s able to decontextualize them from their reality, owning them.” 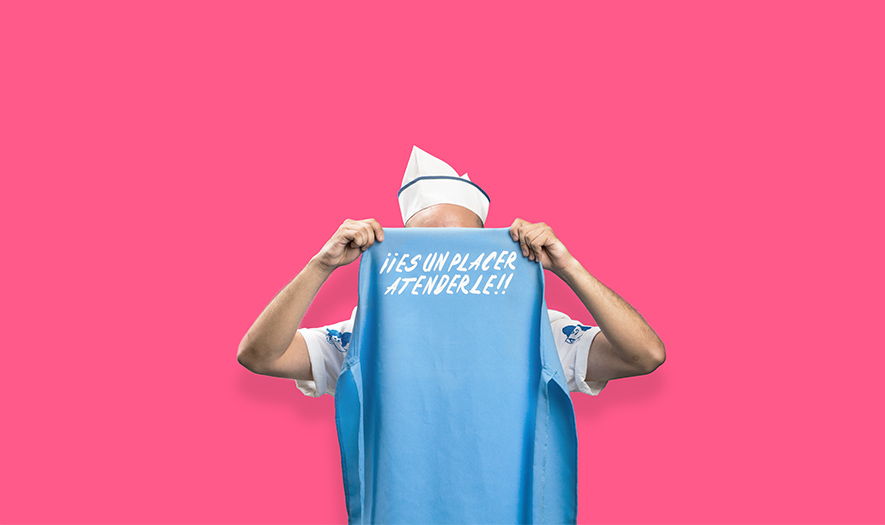 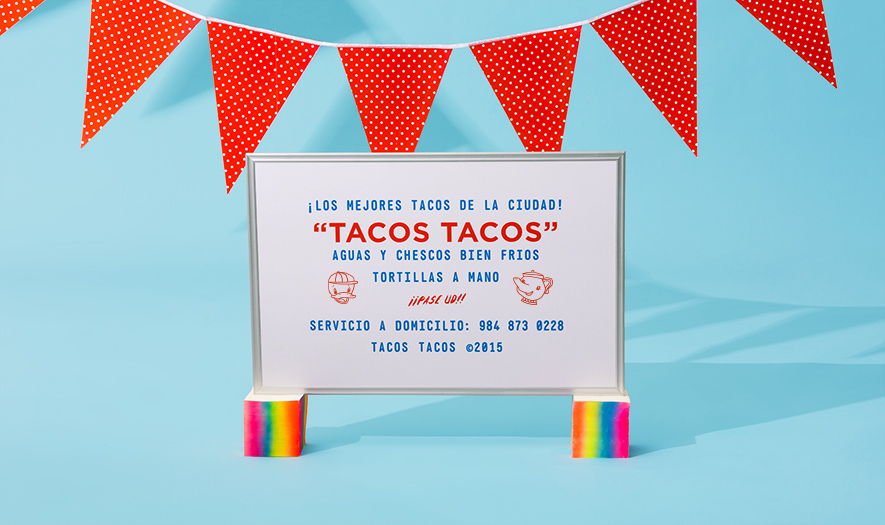 Tacos _ _ _ _ _ takes familiar faces from Disney animated features and shows and blends them all together. The characters are recognizable but also drawn in a slightly different way that looks more raw than the originals. This is the very idea behind the restaurant — taking something and making it your own; projecting your own experiences and history onto an object, place, or occurrence. 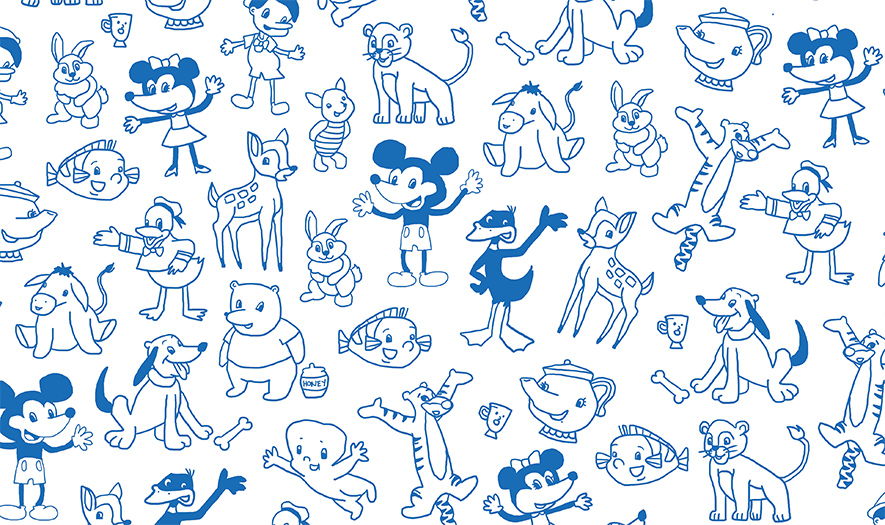 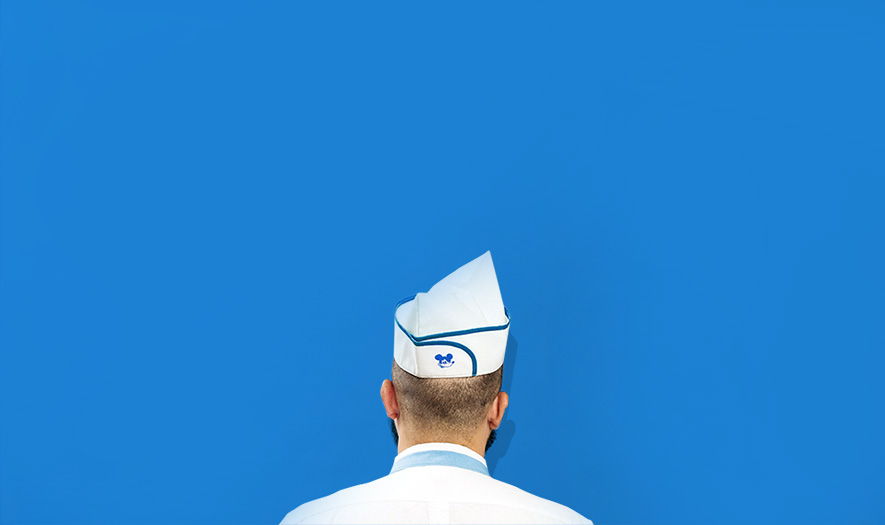 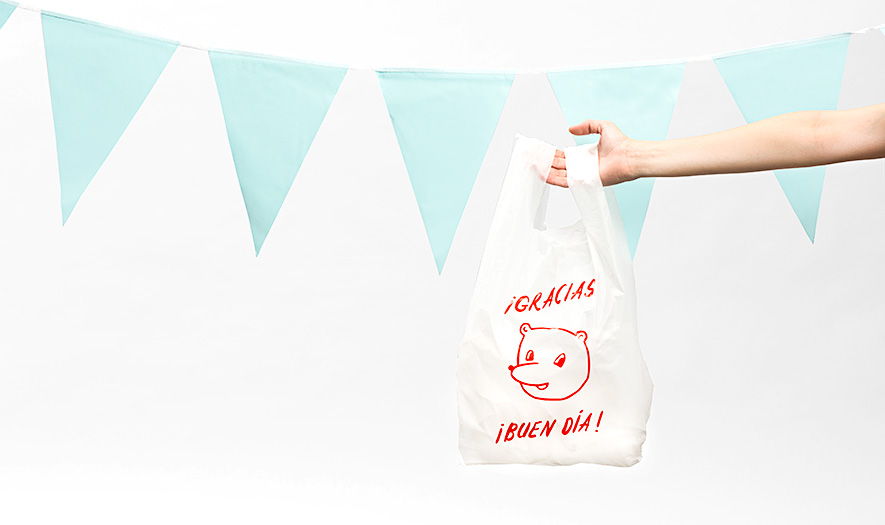 The taqueria is fun and personable, with bright blues and reds. Using plenty of white space, it gives off a clean and minimal vibe. This adds to the concept behind Tacos _ _ _ _ _ and further emphasizes that it’s more of a blank slate, allowing the customer to become more invested in the restaurant. 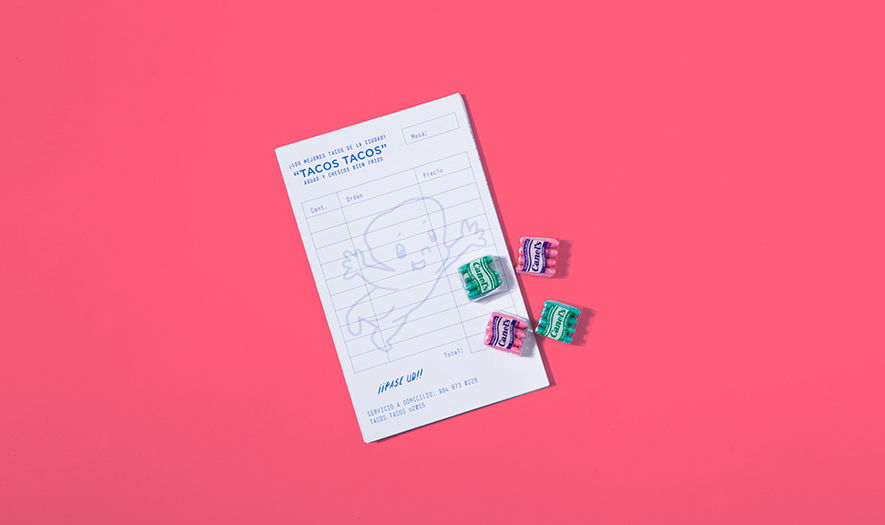 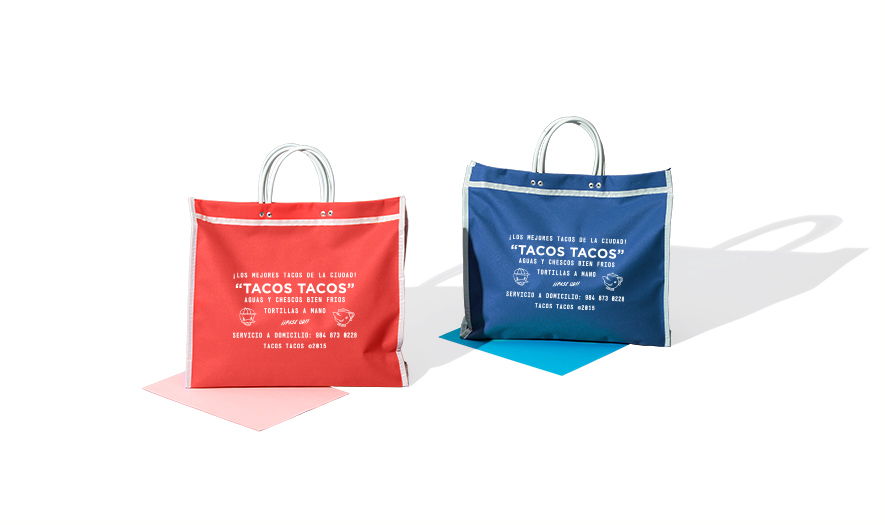 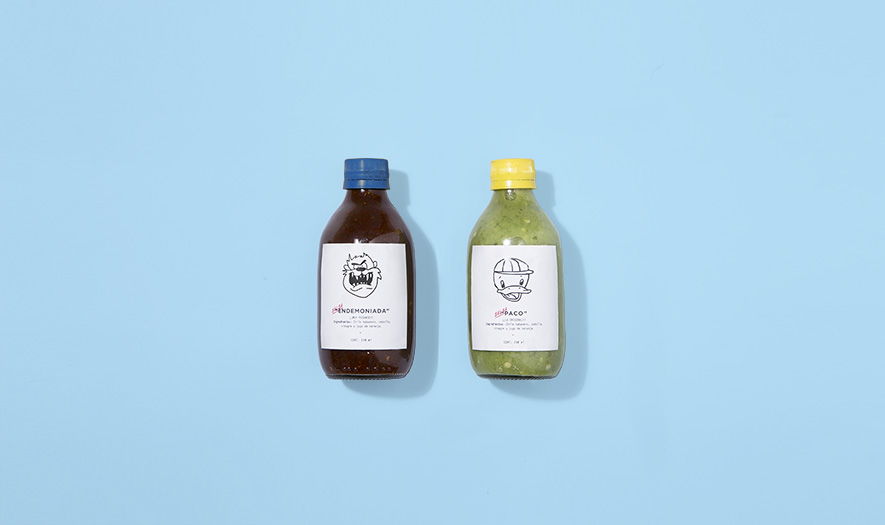