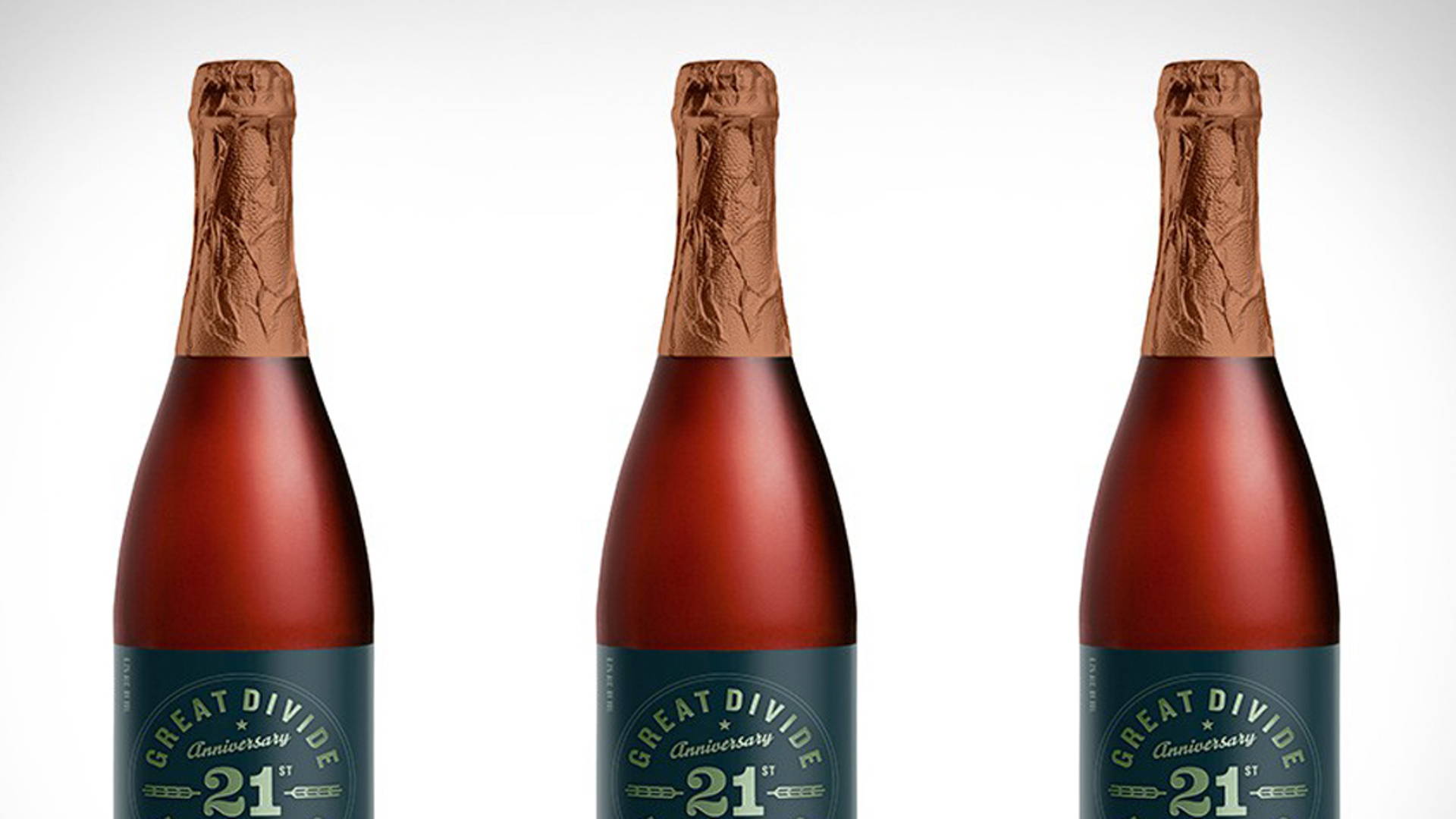 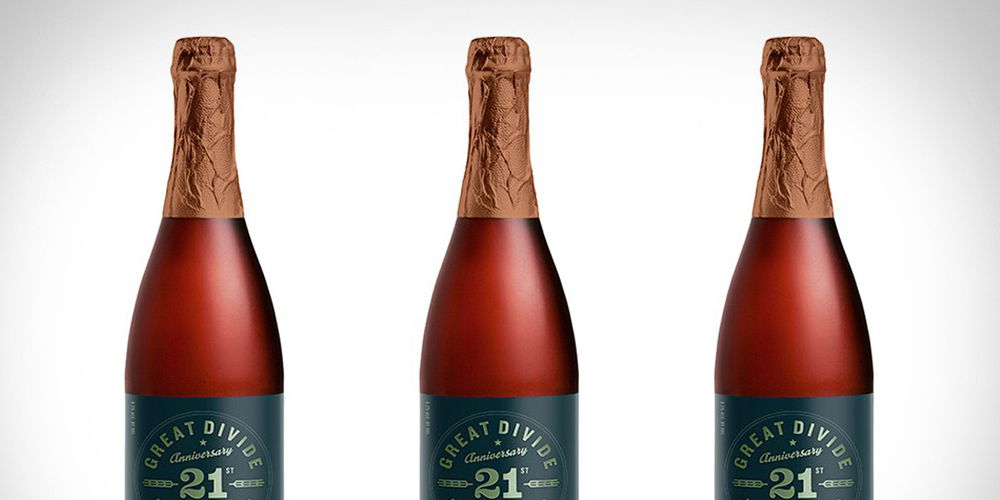 Turning 21 is a particularly special birthday here in the States — it’s the day you can finally go and legally order an ice cold beer at a bar or buy a six-pack from the store. But how do breweries celebrate their 21st? Denver, Colorado based brewery Great Divide Brewing Co. thought it would be fitting to make a unique brew to commemorate the special occasion. 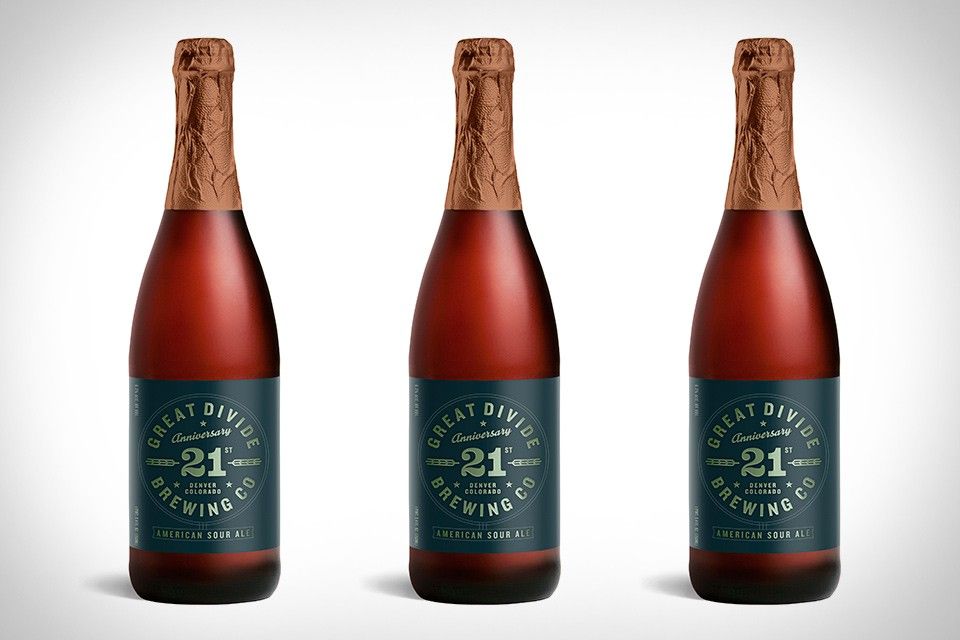 “This American sour is a celebration of 21 years of brewing with Bold Character. This commemorative release opens up with bright, tart, kiwi and citrus notes before mellowing out with a hint of oak and subtle white wine-like character. Soured with lactobacillus and brettanomyces and aged for 9 months in wine barrels, 21st Anniversary is notably complex while retaining a delicate approachability.” 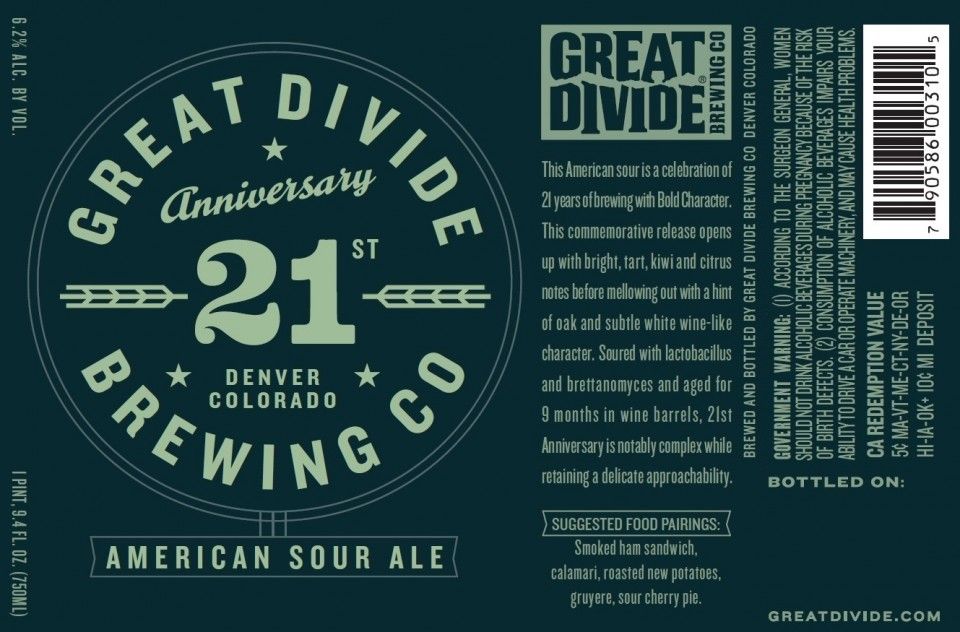 The American Sour Ale looks fresh and youthful, channeling the exact way one might feel on their 21st birthday. The number 21 is right in the center of the label, proudly written in a traditional font. Identifying information like the brewery’s name and variety of beer are written in a modern sans serif typeface, and the teal text against the blue-green label complements the amber bottle. Great Divide Brewing Co. steers away from a loud, celebratory label and instead emphasizes the pride they have in their history and the joy they feel to be part of the beer community through their 21st Anniversary brew.