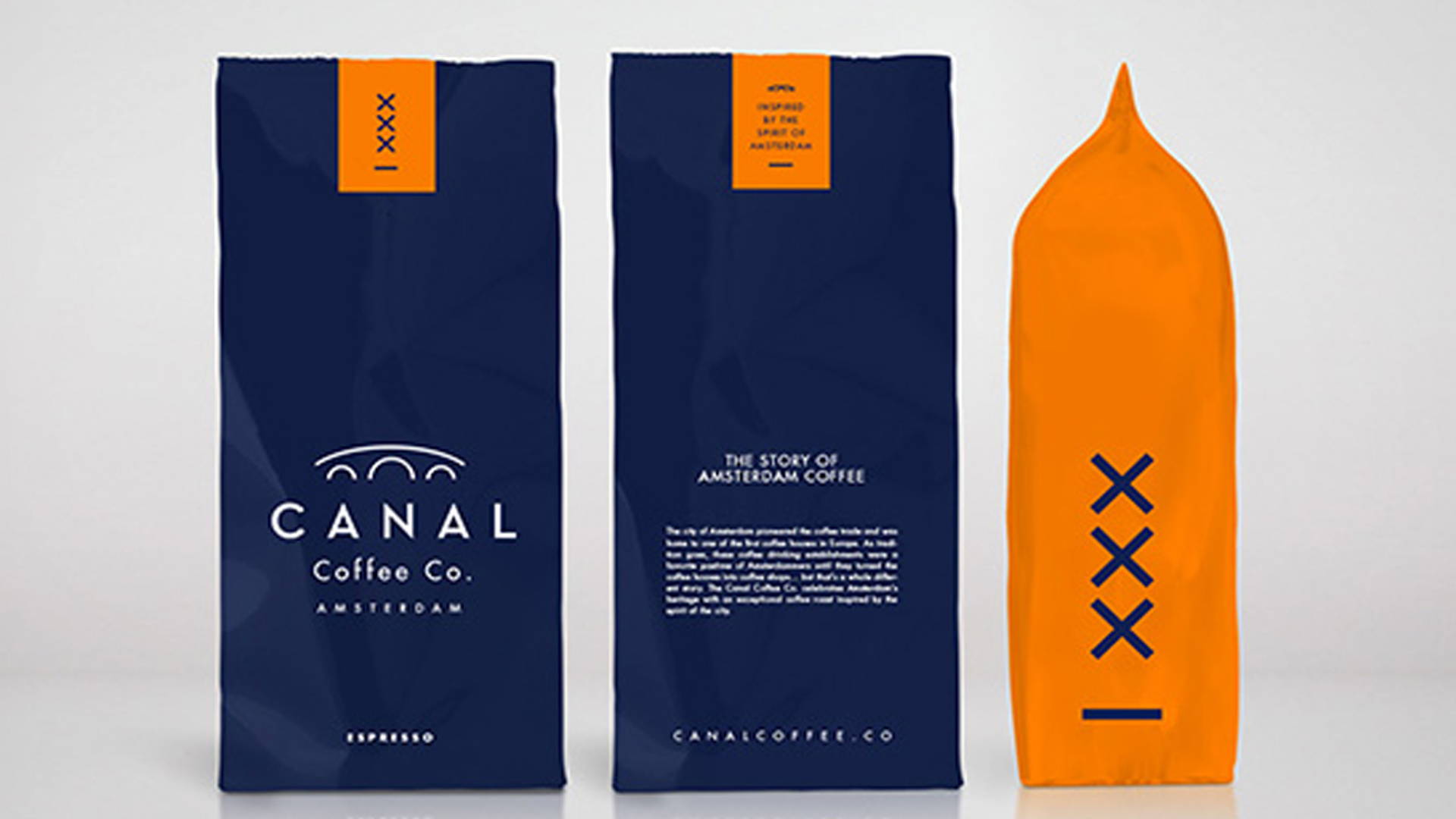 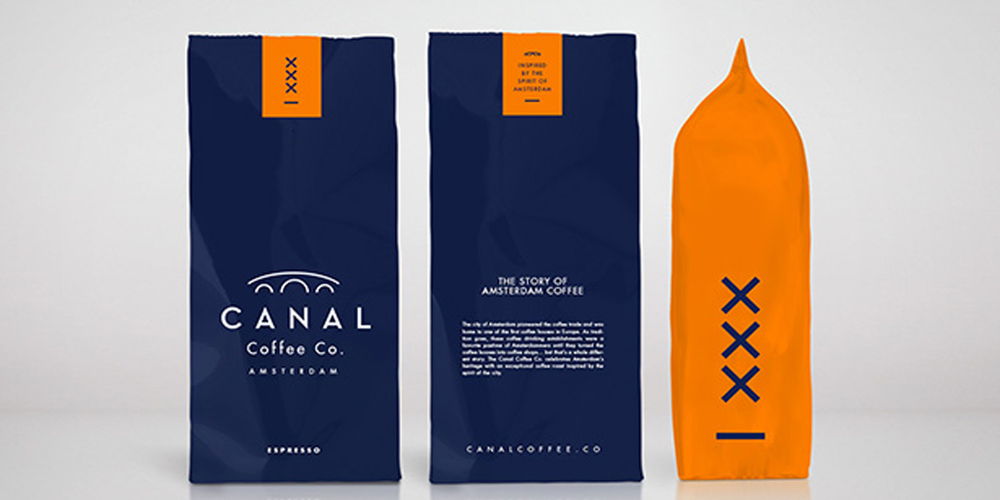 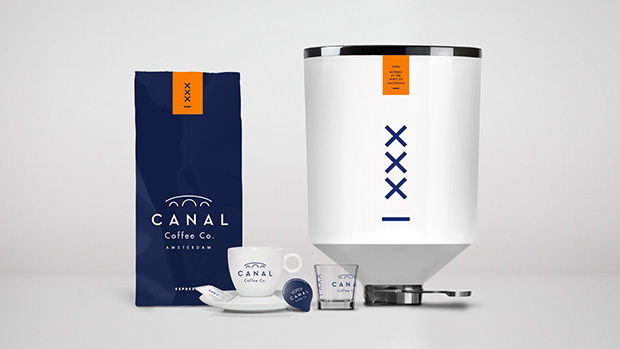 The Canal Coffee Co. celebrates Amsterdam’s heritage with an exceptional premium coffee roast inspired by the spirit of the city. Or simply put, straight out of the 'roast light district'. Amsterdam agency JAMJAM created the brand, identity and packaging for the Verdi Coffee Group. With its roots firmly planted in the coffee culture of the Dutch capital, the high-end brand is targeted at restaurants & bars, the tourist industry as well as export. 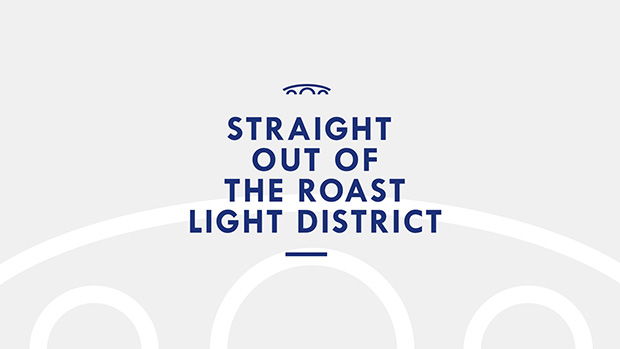 The packaging and identity are a modern take on classic Dutch design, utilizing traditional colors (dark blue and orange) in a more modern and minimalistic approach, while Canal Coffee’s logo icon itself is a stylized interpretation of a classic canal bridge silhouette. The triple X detailing is a nod to both the three crosses used in the cities code of arms and the adult nature of certain city neighborhoods. 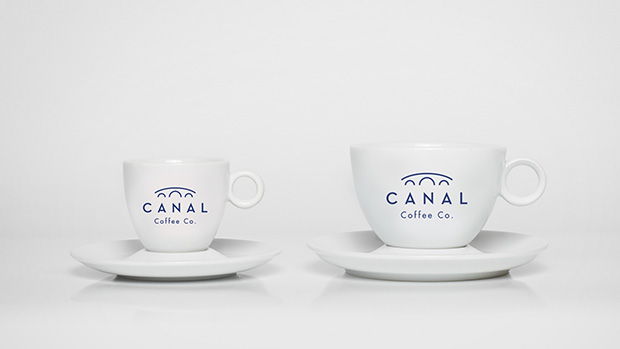 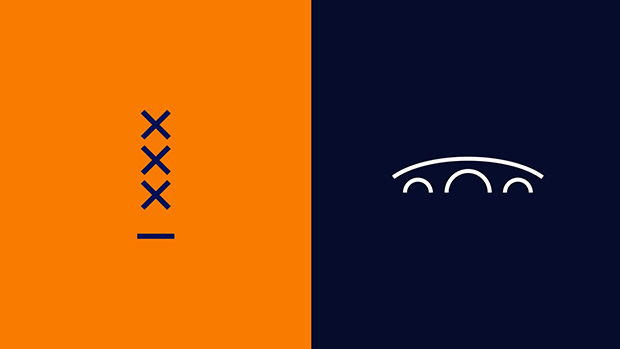 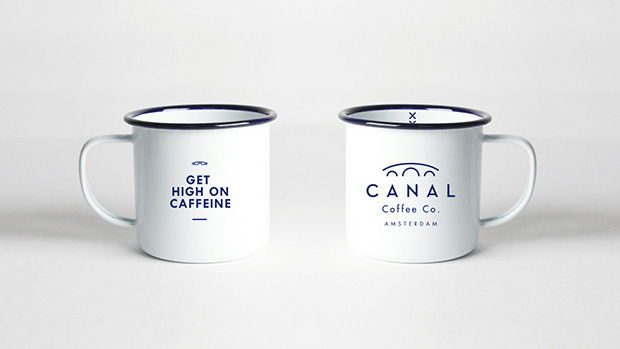 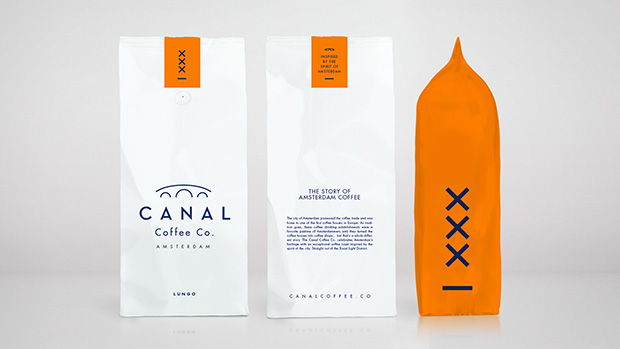