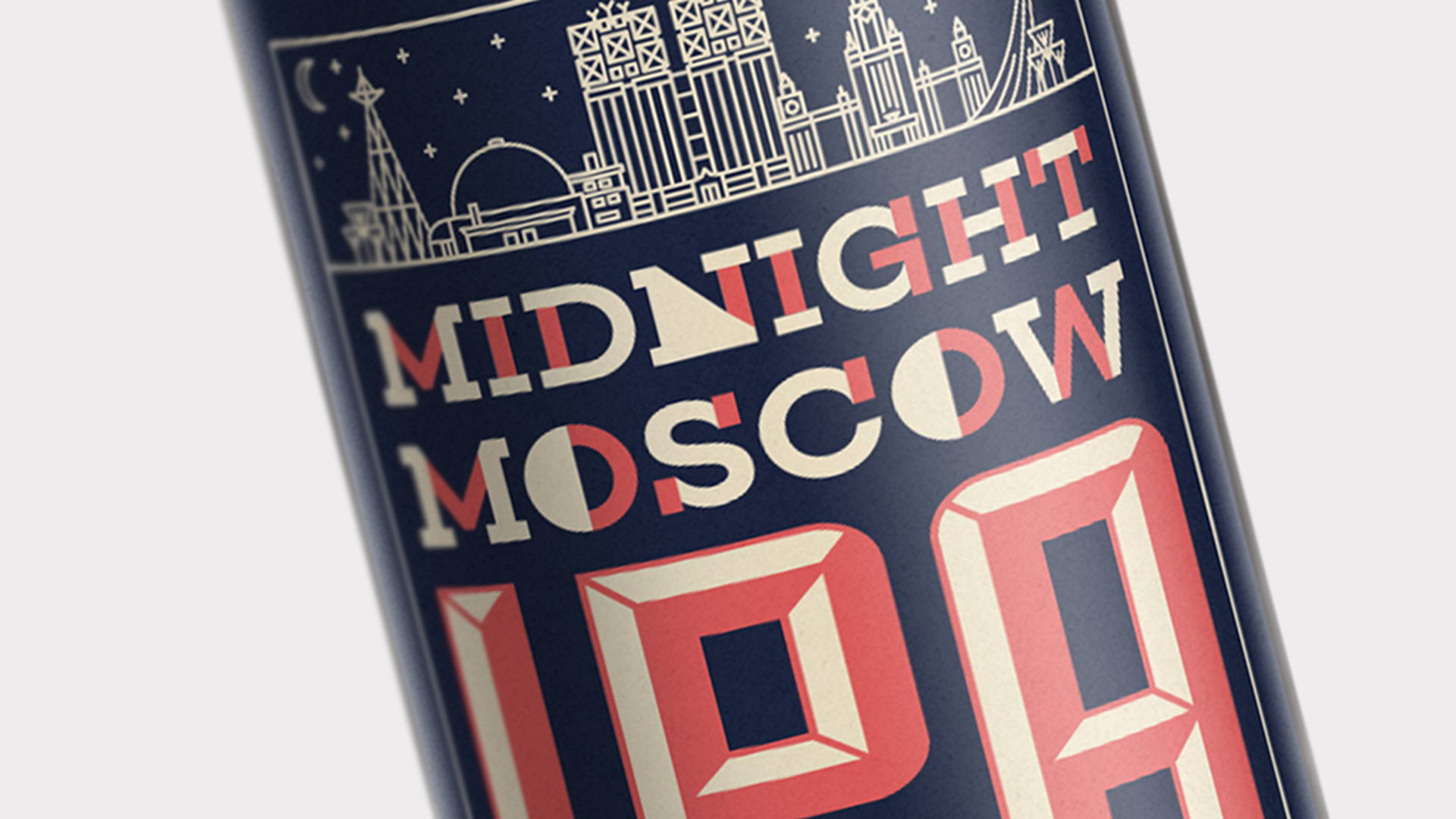 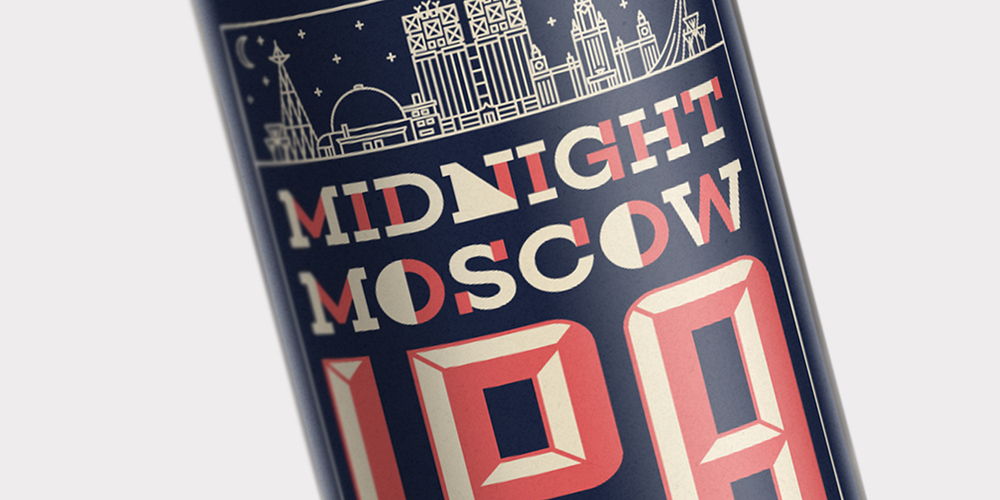 Did you know that in Russia, beer is the second most popular drink after vodka? It’s also considered the healthier alternative, although I’d question that. Standing out for their beer label and packaging design is the limited edition craft beer Midnight Moscow IPA, who we can credit designer Artem Strizhkov for this good looking artwork. 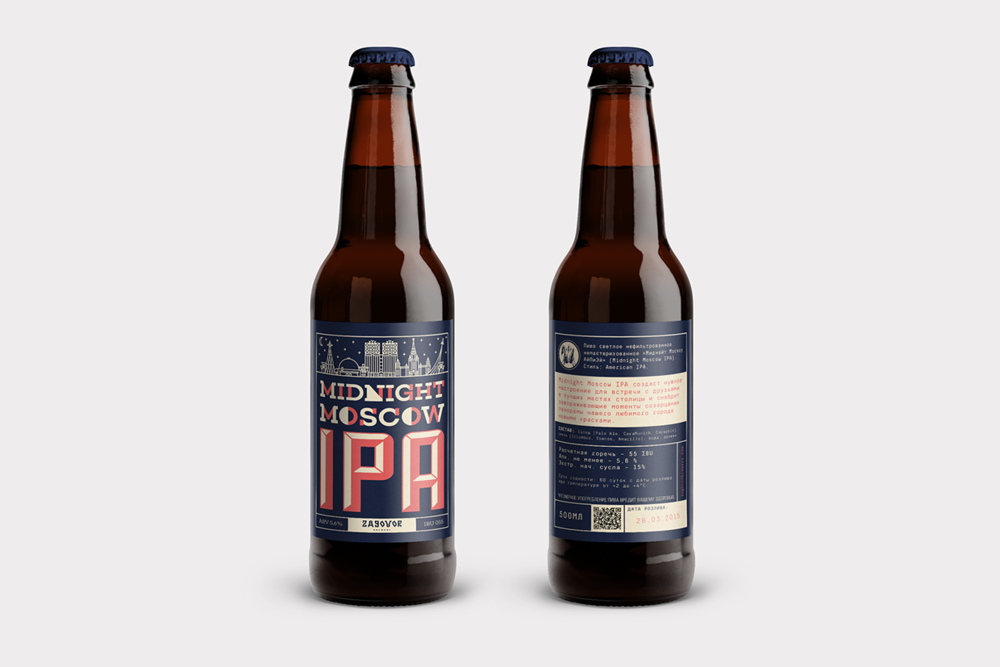 Brewed by Zagovor Brewery, this ale is a limited edition summertime flavor, “perfect for the long summer walks through the city of Moscow with its beautiful streets and avenues.” With a simple red, cream and navy color palette, it’s the bold and unique type treatment that really makes this design shine. Set in all caps, the typography was inspired by the aesthetic of Soviet constructivist buildings. The type is both decorative and architectural in its execution. “The lead part of the label design became the main architecture symbols of Moscow urban landscape: the MSU building, the Russian Academy of Sciences, The Monument to the Conquerors of Space, Moscow Observatory and the constructivist Shuhov Tower.” 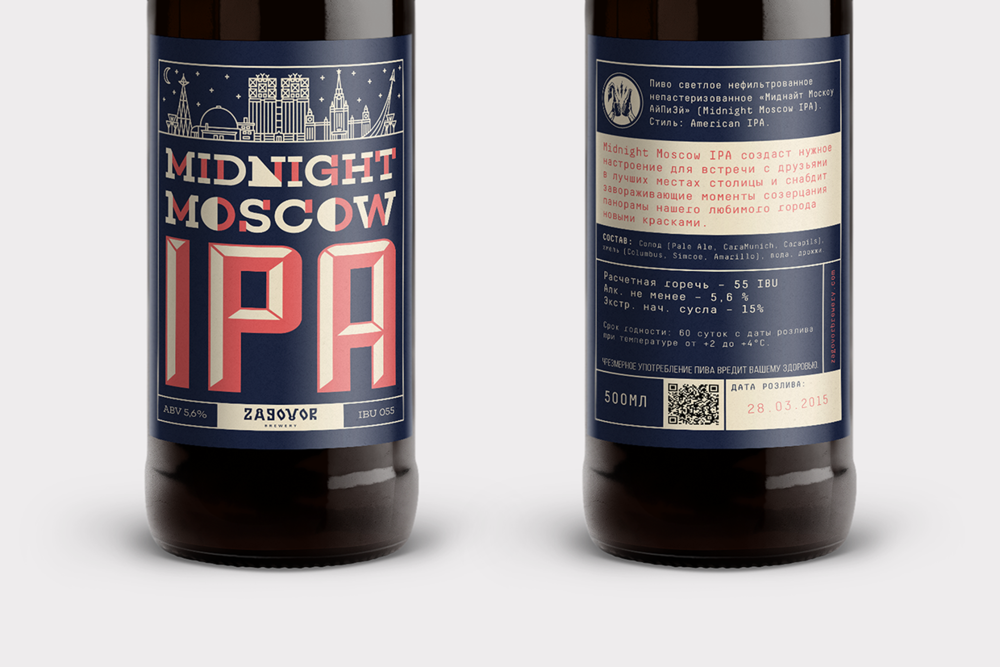 The top edge of the ale’s label features a cityscape of Moscow which depicts city’s most iconic buildings. A simple line drawing without any shading or texture, the illustration mimics the architectural aesthetic of the typography and becomes a decorative element in the design.Looking at the Russian beer market, you can really see how unique Artem Strizhkov’s design style for Zagovor’s Midnight Moscow IPA is. Beautifully executed, the beer boasts striking label artwork that will surely capture the consumers attention, without being too flashy. I’m finding really excellent design work coming out of Russia this year and I’m excited to see more of it! 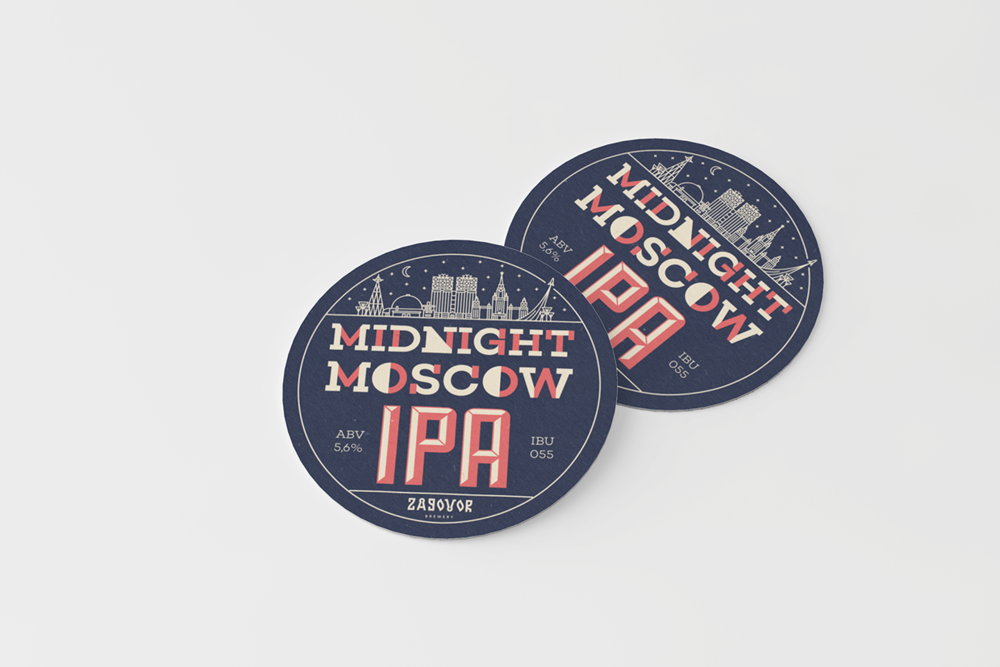 Inside the Studio: Pearlfisher