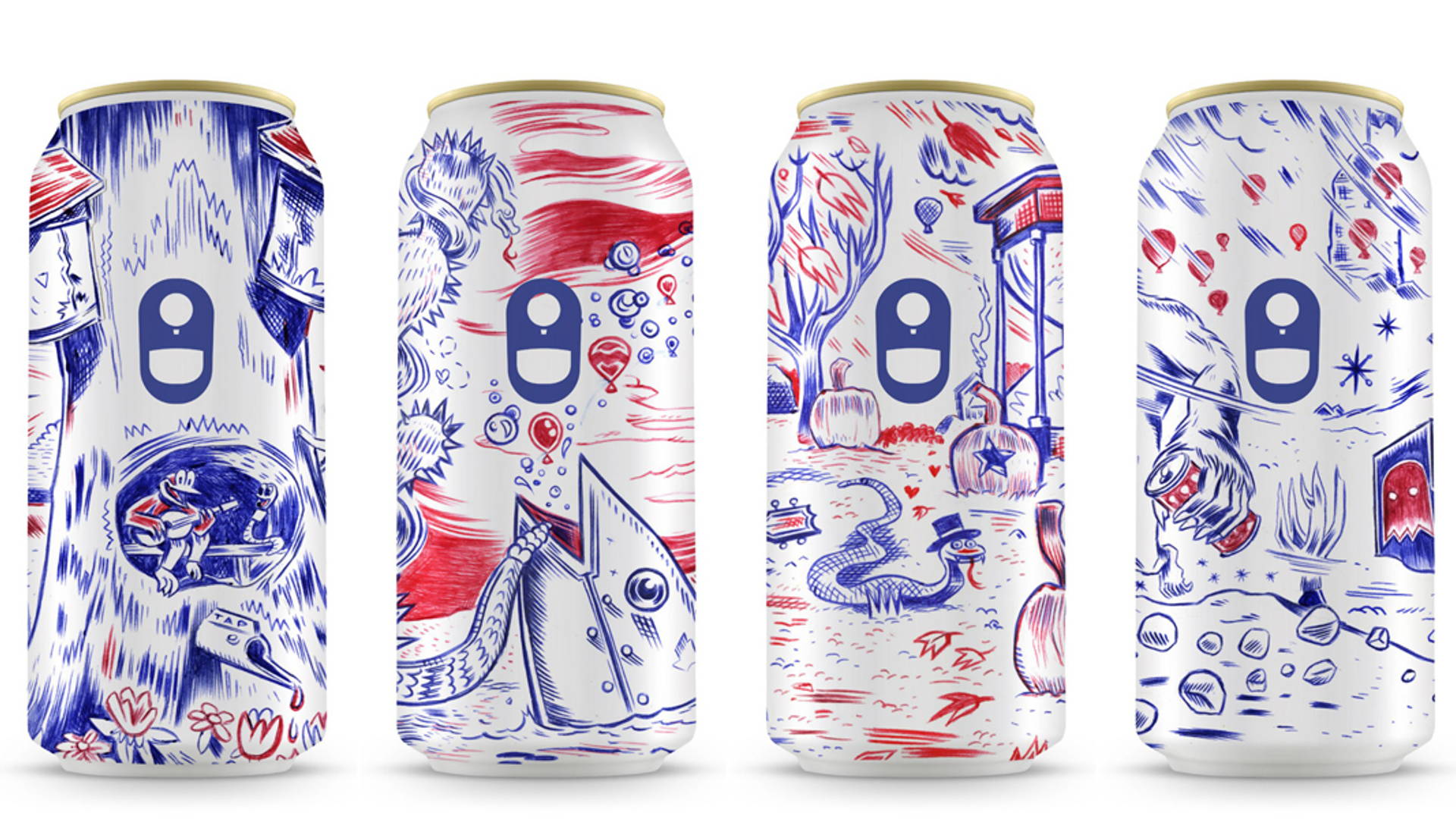 A Year with Dr. Nandu 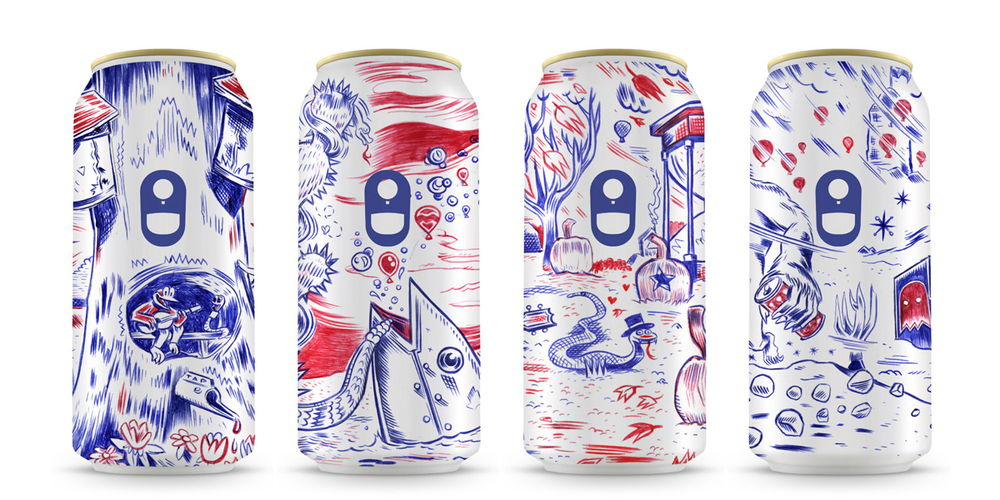 At the beginning of Summer 2014, Aeronaut Brewing Co. staked claim in the town of Somerville, Massachusetts as the FIRST craft brewery to be established in that area in over a century. On trend, they decided to locate the brewery inside the loading bay of a historic envelope factory and began working on their first canned beer to be ready for release on the brewery's one-year anniversary. 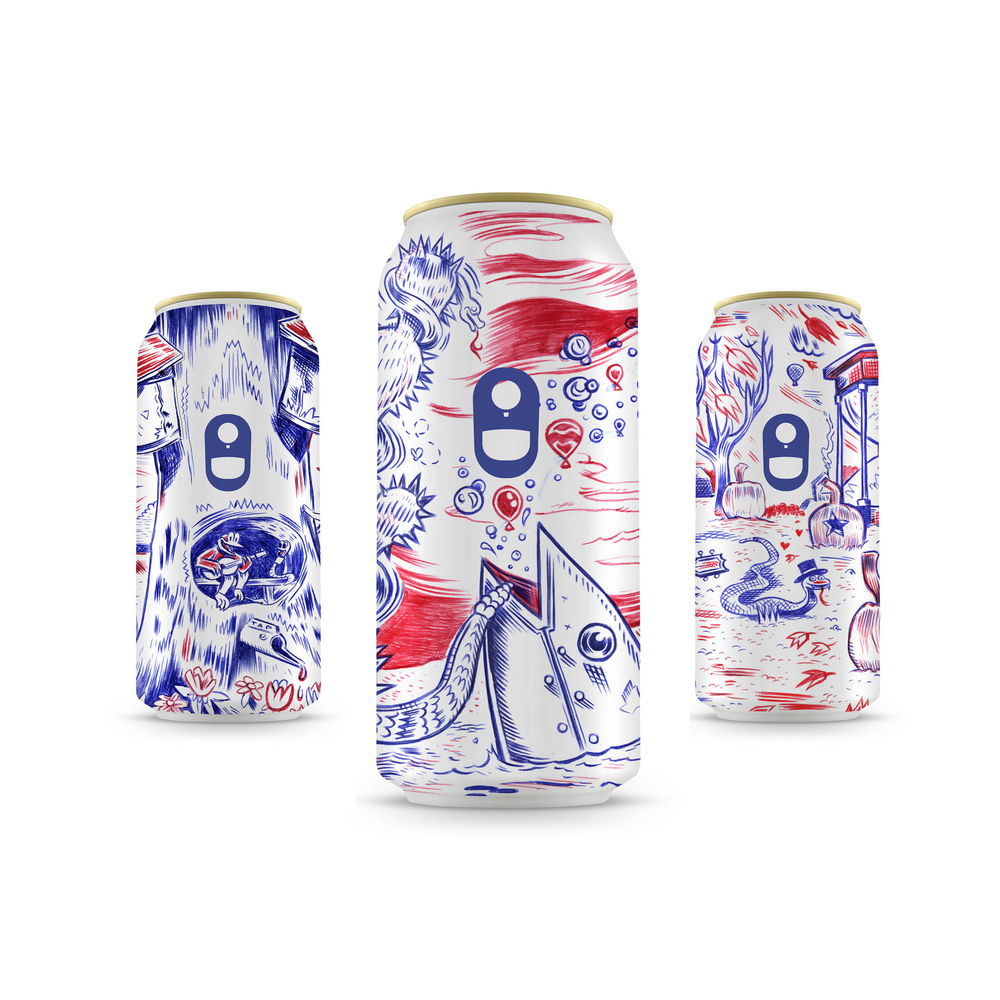 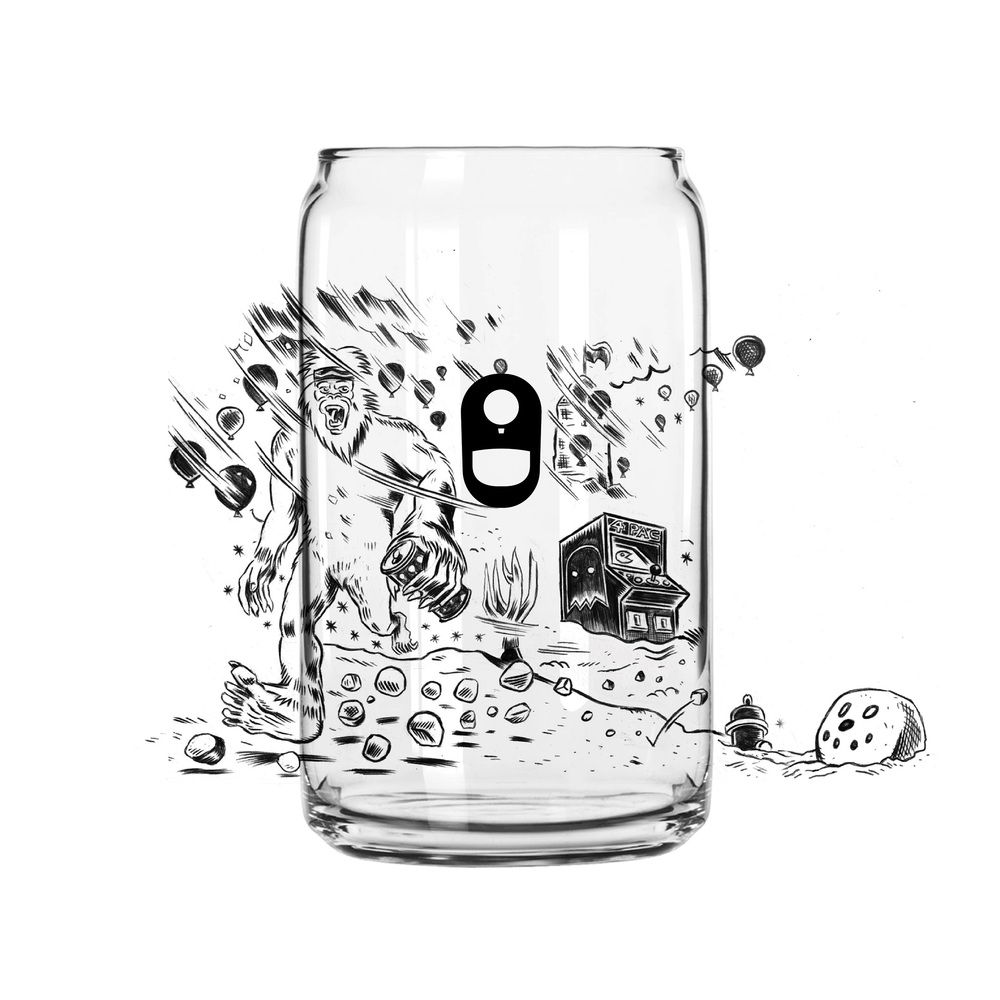 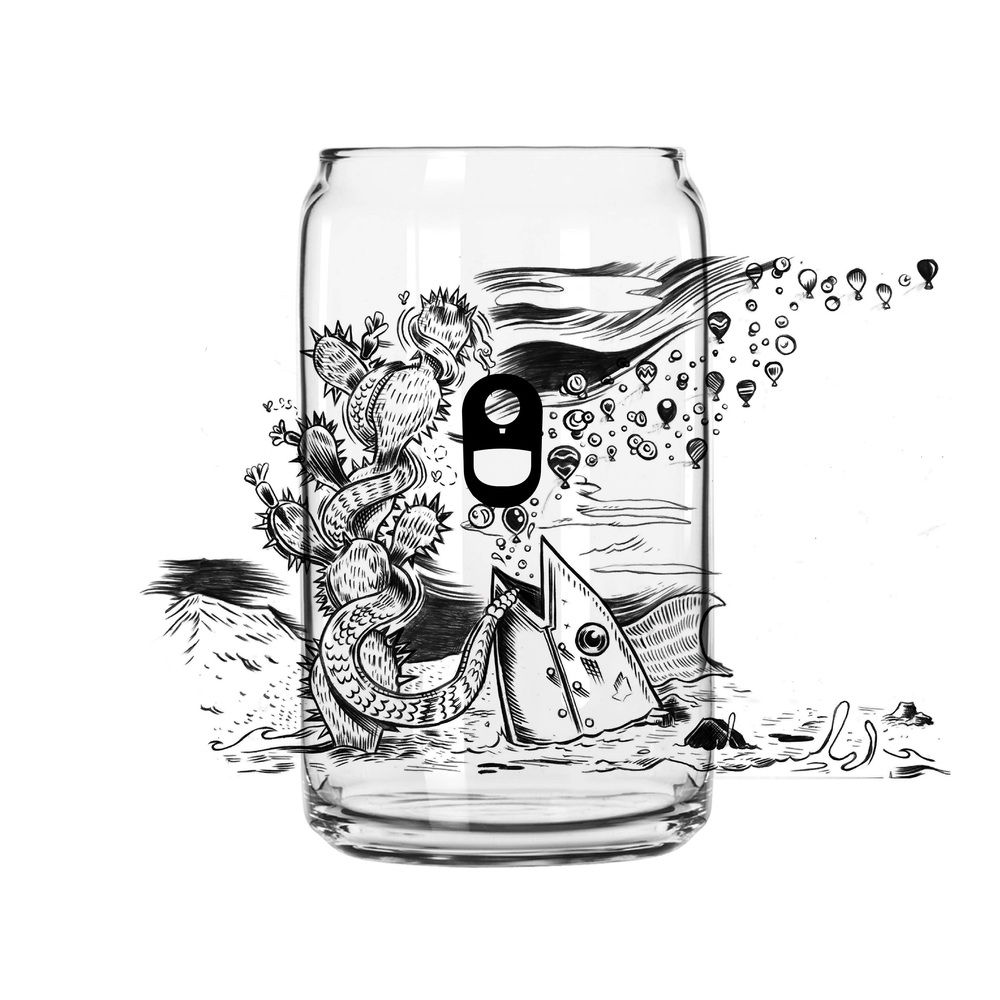 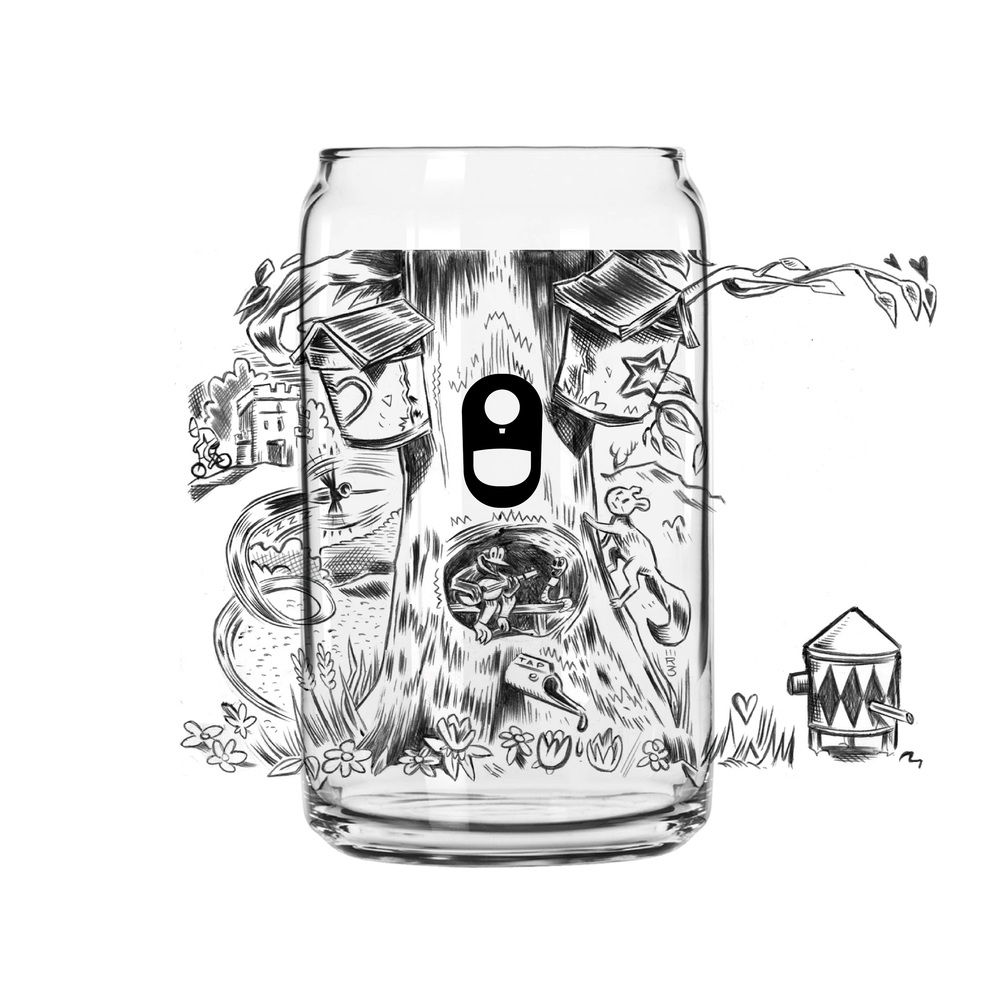 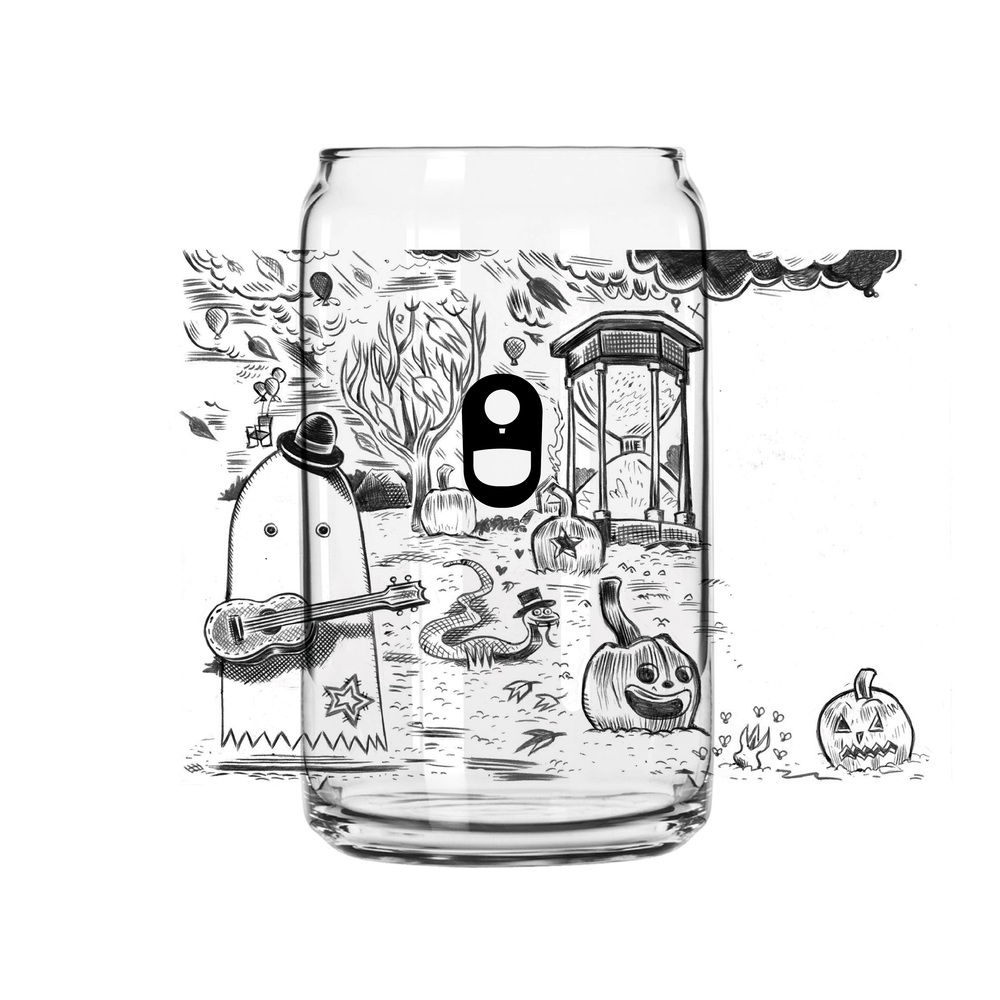 Somerville Artist Raul Gonzalez III was hired to create the fun, “coaster doodle” illustrations, four in total - one for each season of the year. Fall features a ghost with an acoustic guitar in hand and a small boiler hat a top its head. The Summer can shows a large open mouthed fish, a serpent and a great big cactus all tangled up together. You can make up stories in your mind about what event transpired to create such an adventurous illustration, but I believe you have to be local to know the “real” story behind the art.“To celebrate our first trip around the sun, we’ve brewed a year with Dr. Nandu. Each can tells the story of a season from this past year.”Aeronaut Brewing Co. is also unveiling matching glassware to accompany their first line of canned beer. A concept they plan to make an annual tradition as their company grows, a collaboration between artists, brewers and the brewery customers. I love the notion of elevating the uber creative beer packaging design to being a collector’s item. The artwork is loose, creative and fun! And, I know I’d enjoy sipping orange juice from a glass covered in these doodles, ALMOST as much as drinking the beer. “The cans and glasses were designed by Loyal Supply Co. Creative Director Ryan Habbyshaw and illustrated by Somerville Artist Raul Gonzalez III.” 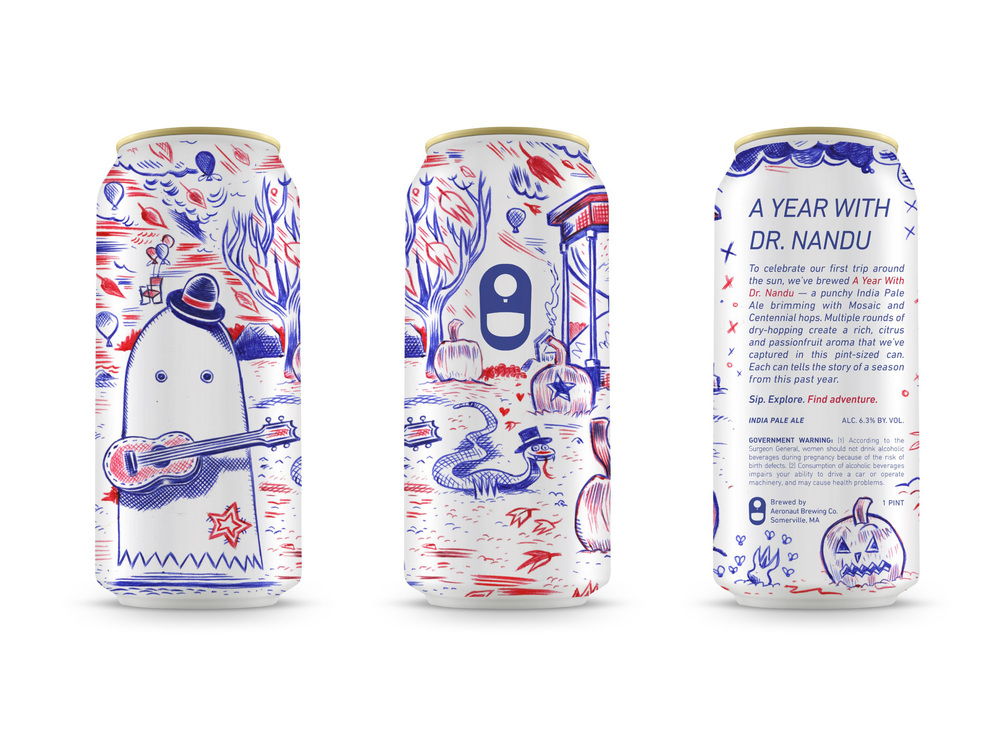 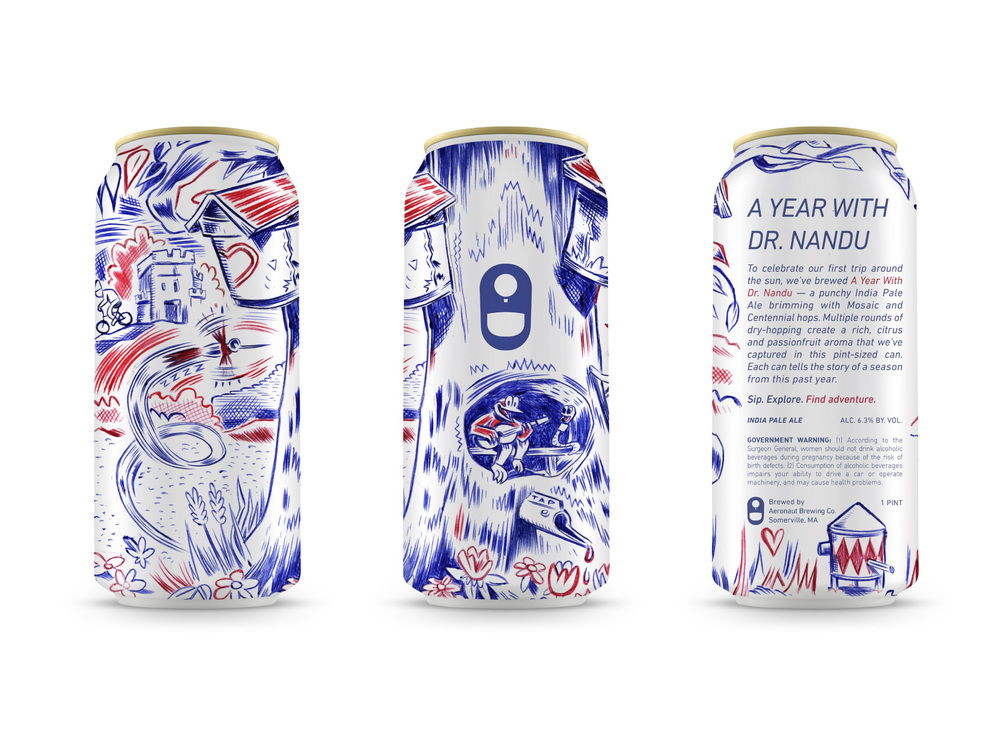 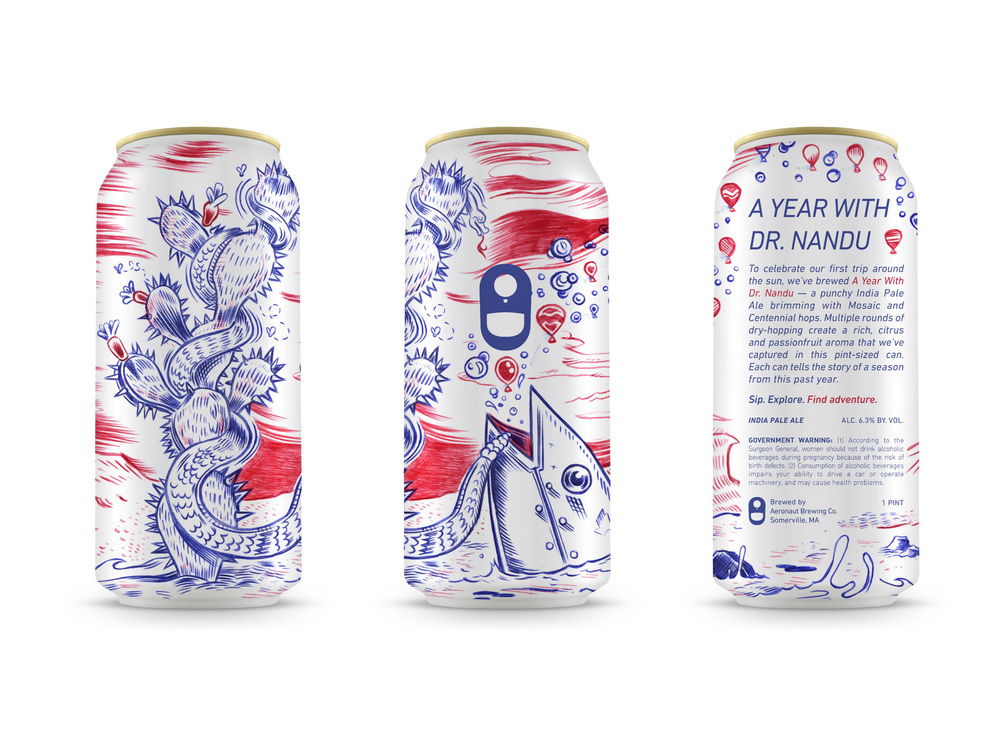 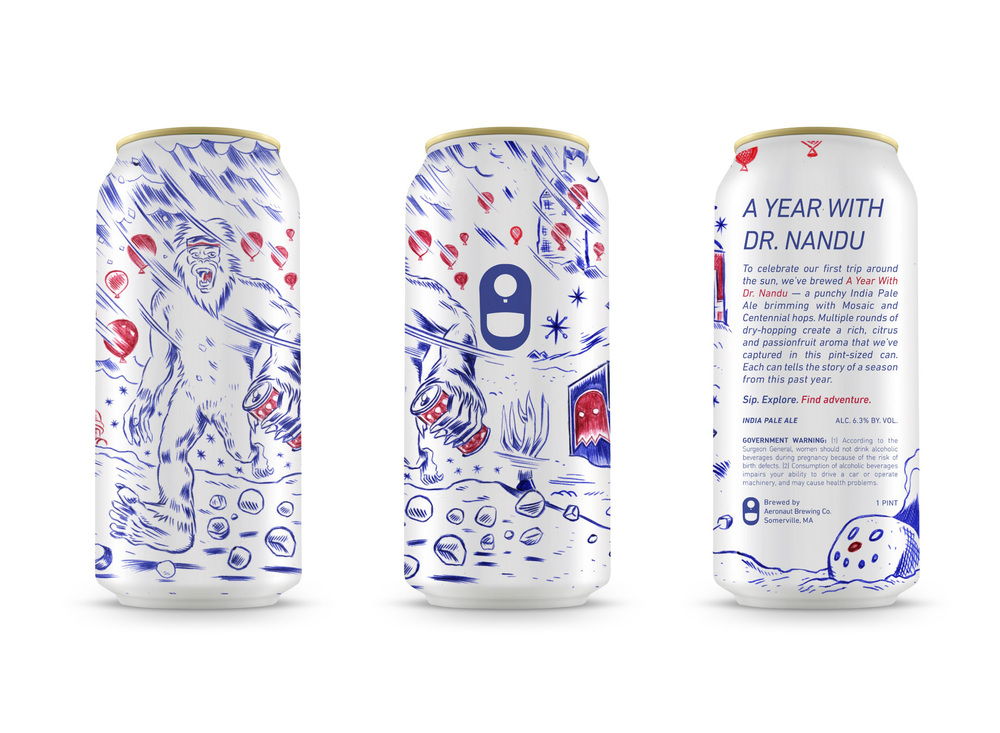